Shelby turned 2-years old on Friday, December 12th 2014.
That spun into a weekend of celebrating.
We had her party on Saturday, but Friday was also a day that couldn't be ignored.
It was her ACTUAL birthday!
I had to work but Brad took the day off and started her special day with breakfast out at IHOP.
He said he wants this to be a yearly tradition.
Father/Daughter breakfast.
I think it's awesome, and she may not totally understand it yet, but she can sure hammer down some pancakes! 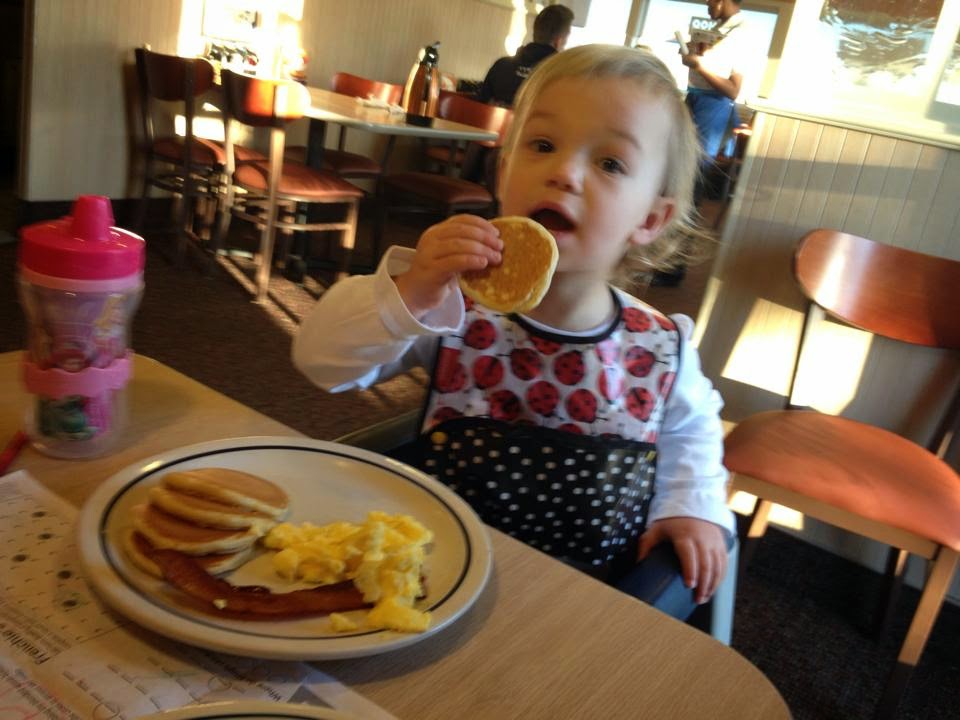 He even let her have ice cream at the end of her meal! 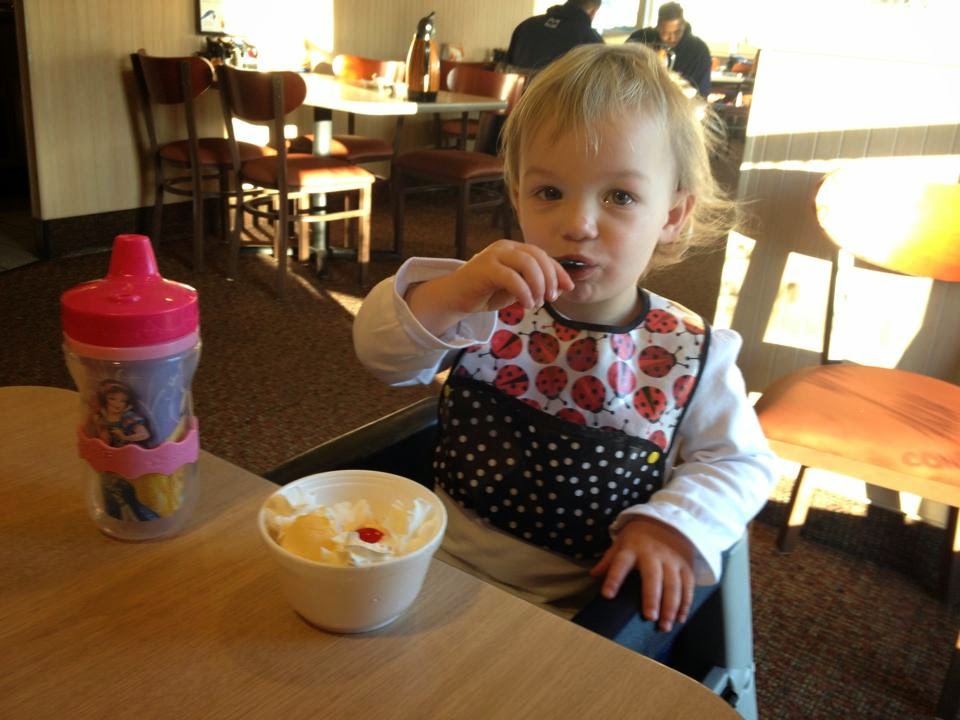 From there she went on to school and after her nap time that afternoon we showed up with cupcakes and juice boxes for the class.
This is the first time we've done this, so I was a bit giddy about it! 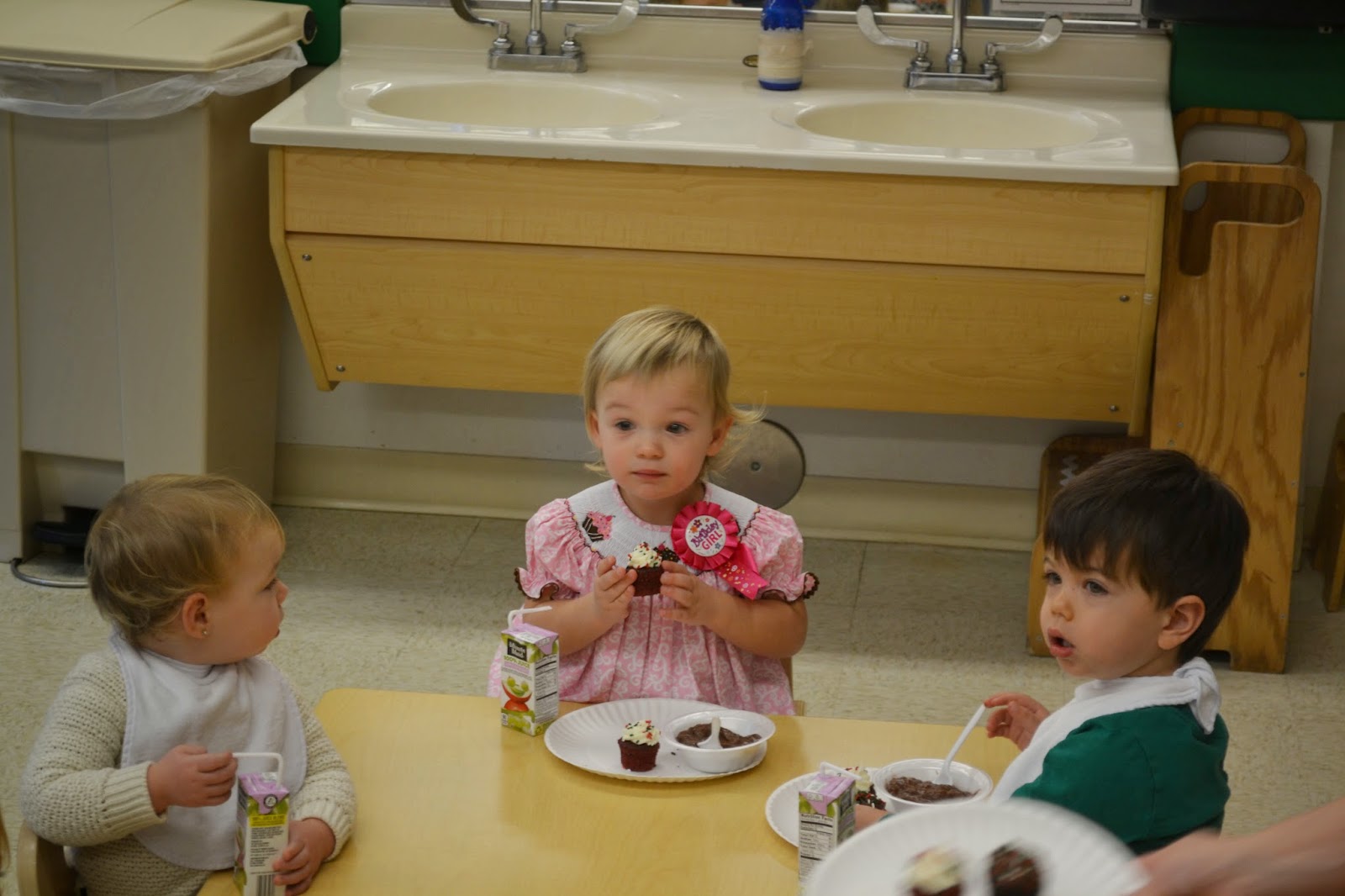 I'm not sure she totally got this either, but all in time... 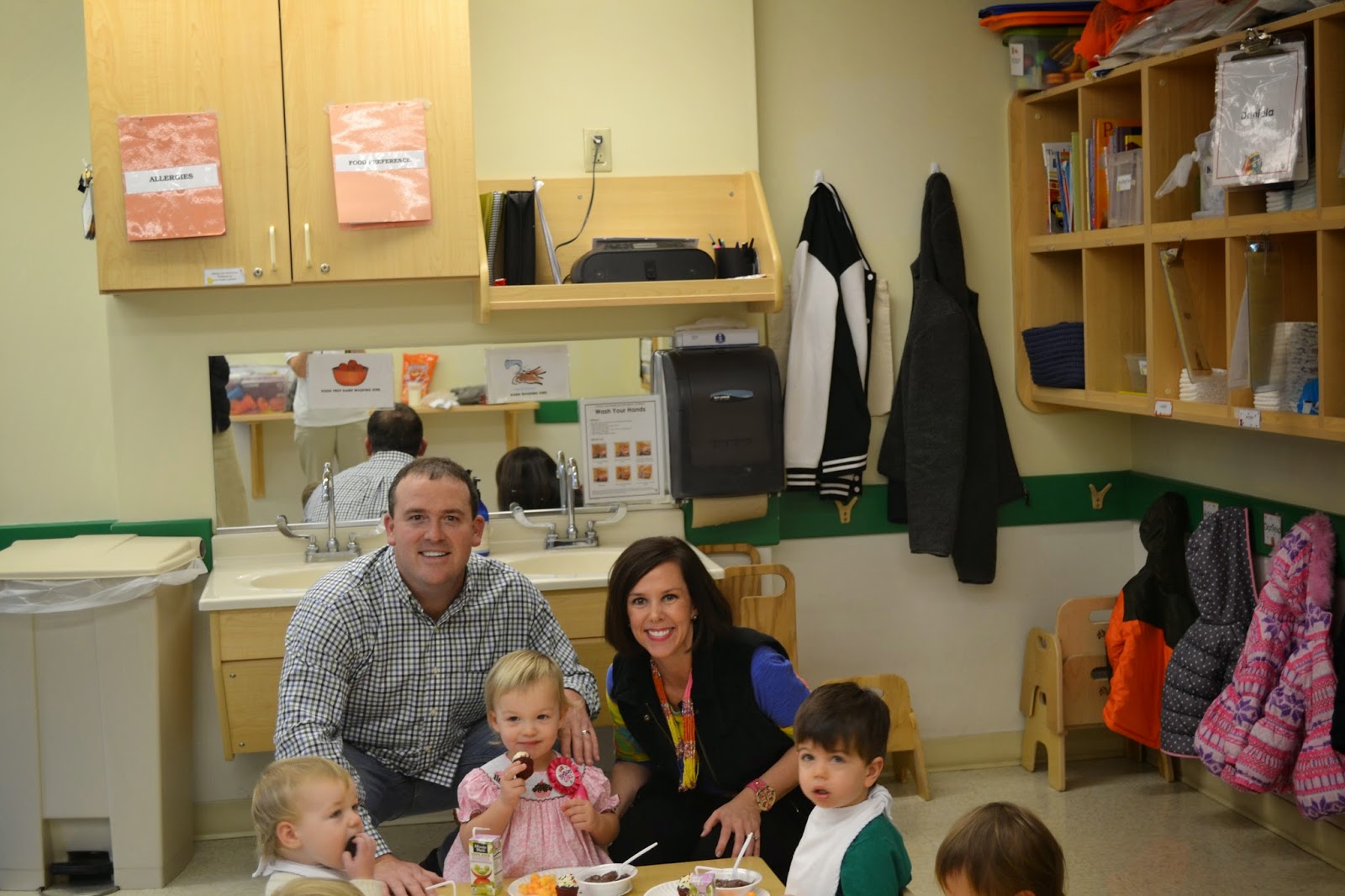 Check out her class singing Happy Birthday to her.

Her 2 teachers, Mrs. Davis and Mrs. Edmonds.
Ironically, this was her last day in this class.
They had a spot in the next class up, and she started TODAY! 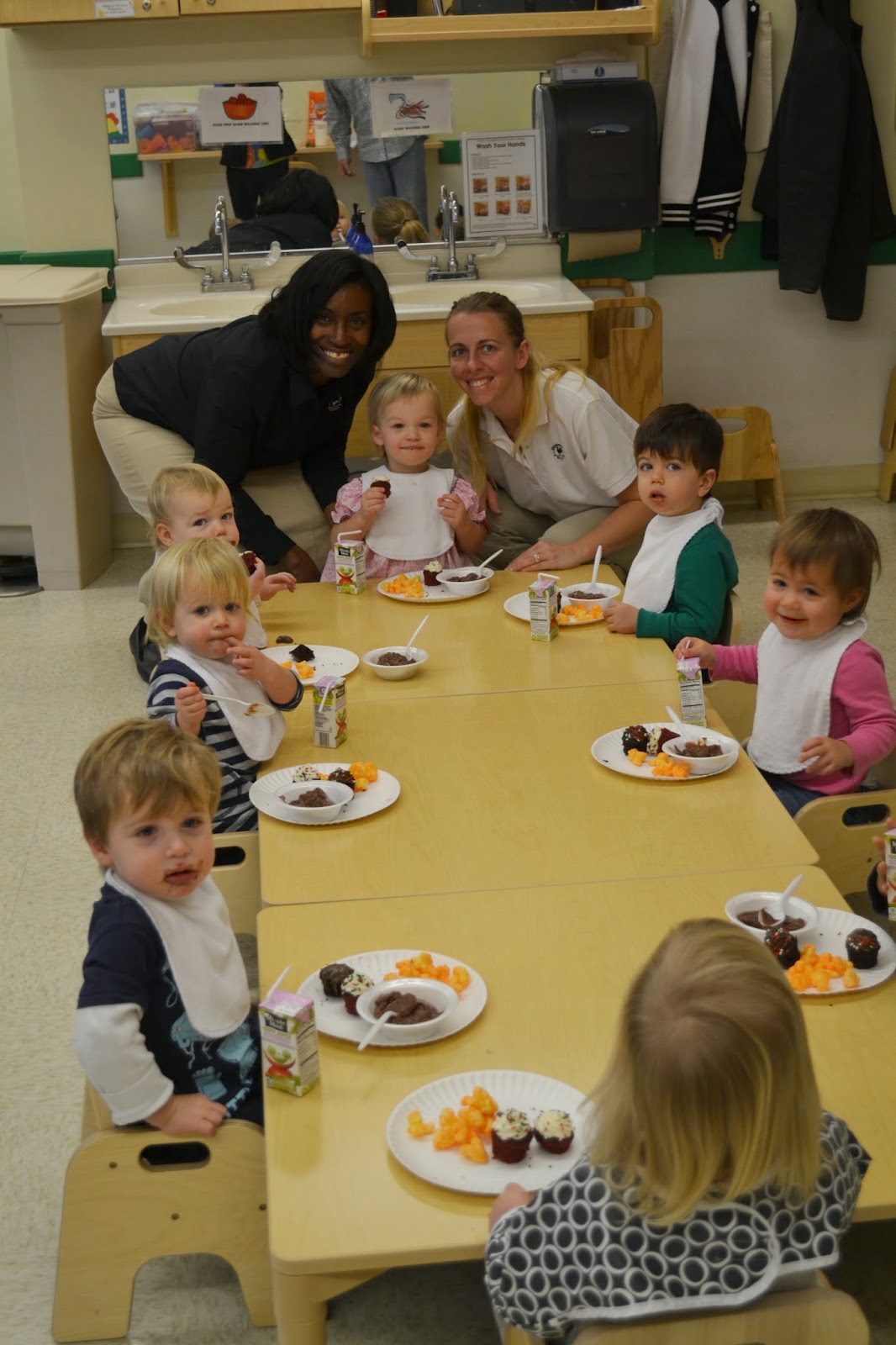 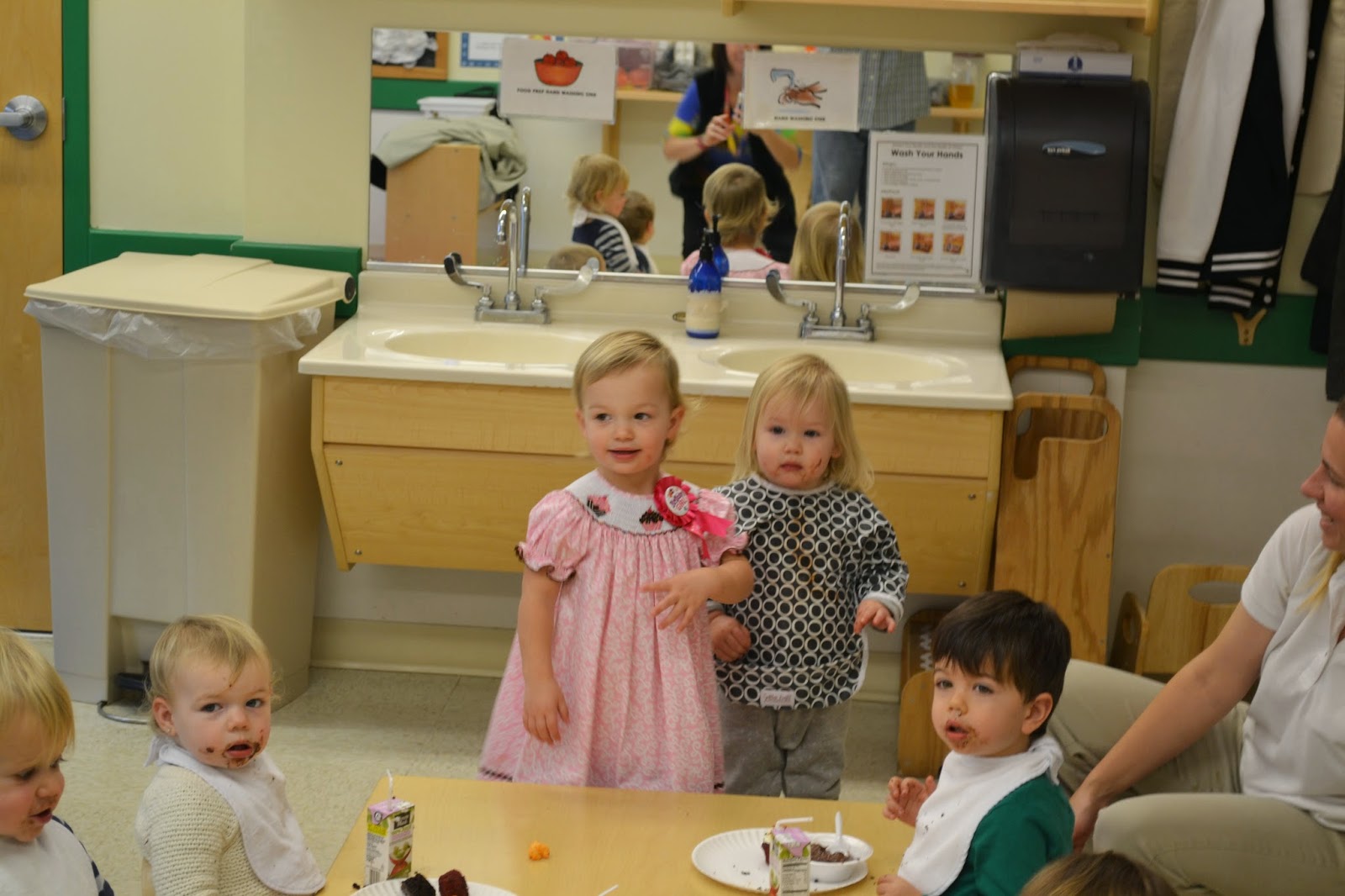 After the celebration at school we headed home where the fun continued with Shelby's gifts from us.
We thought it was the perfect time to do it, since we knew she would be getting so much the next day. 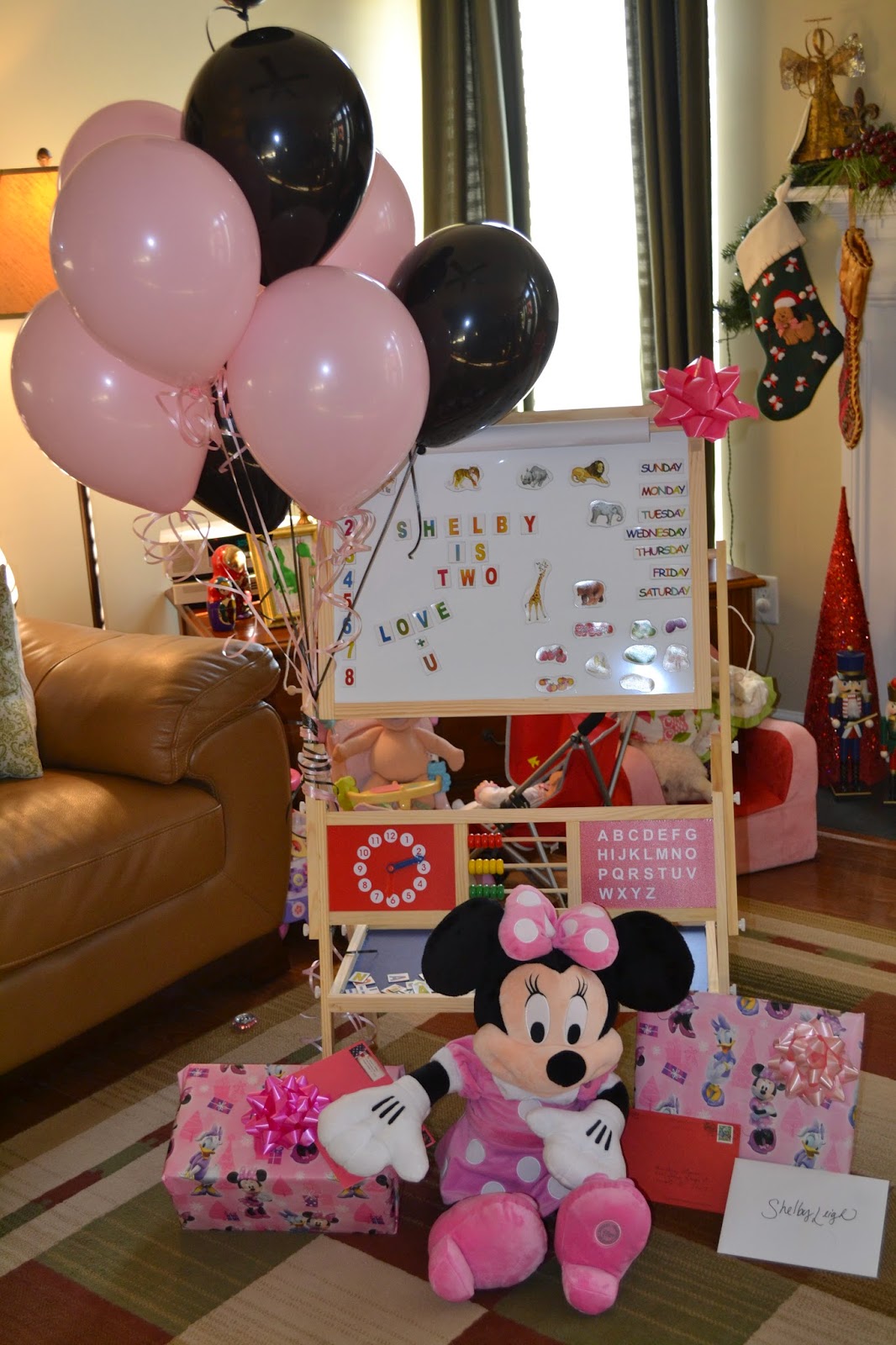 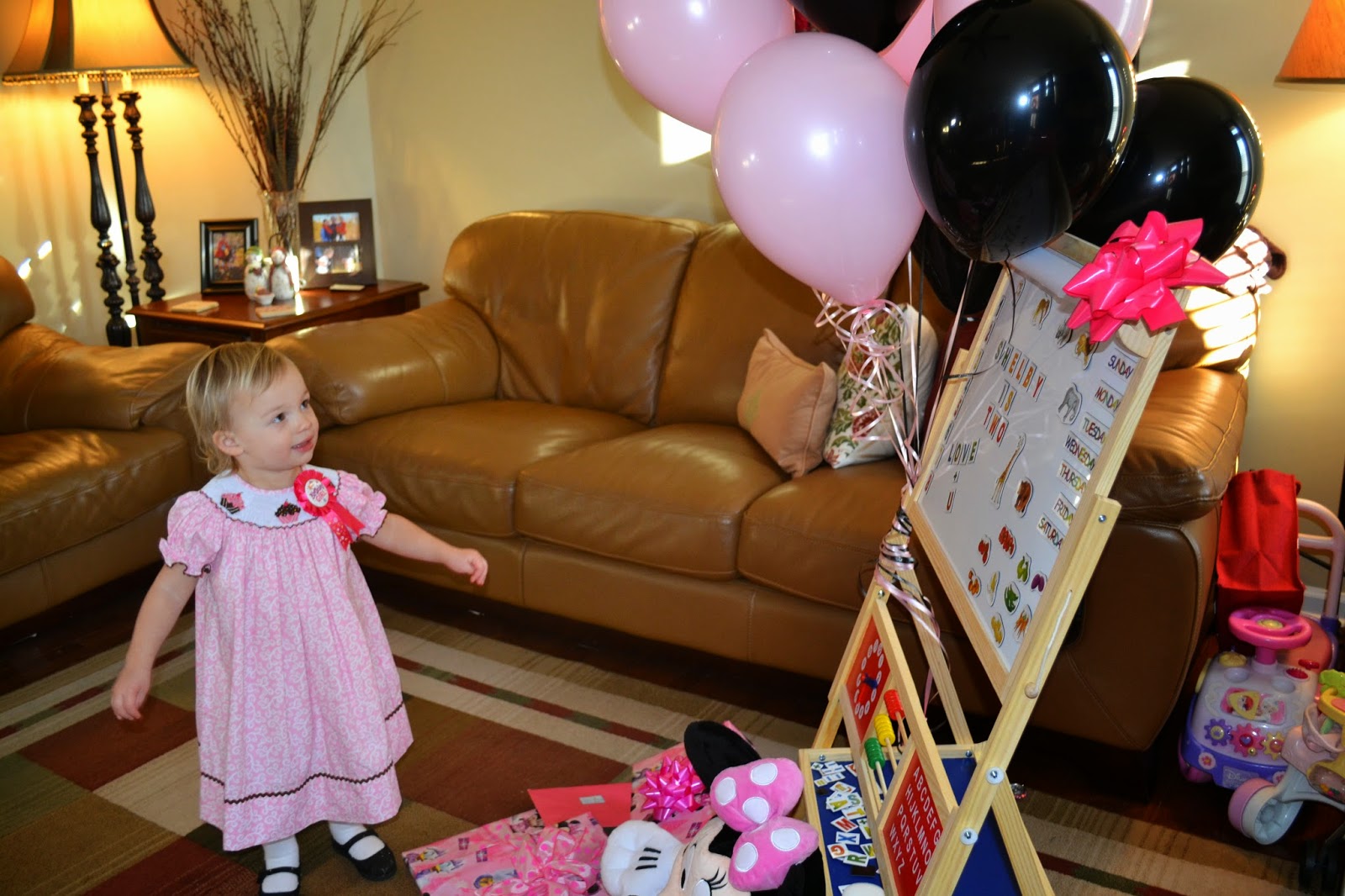 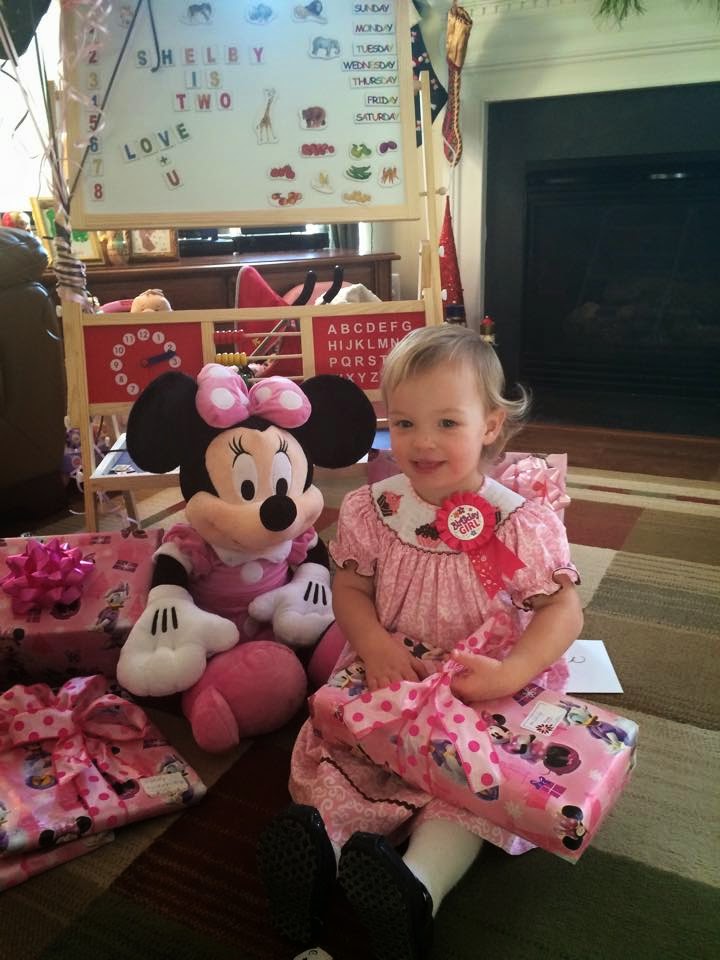 After playing with her new things it was time to see how much she's grown in the past year. 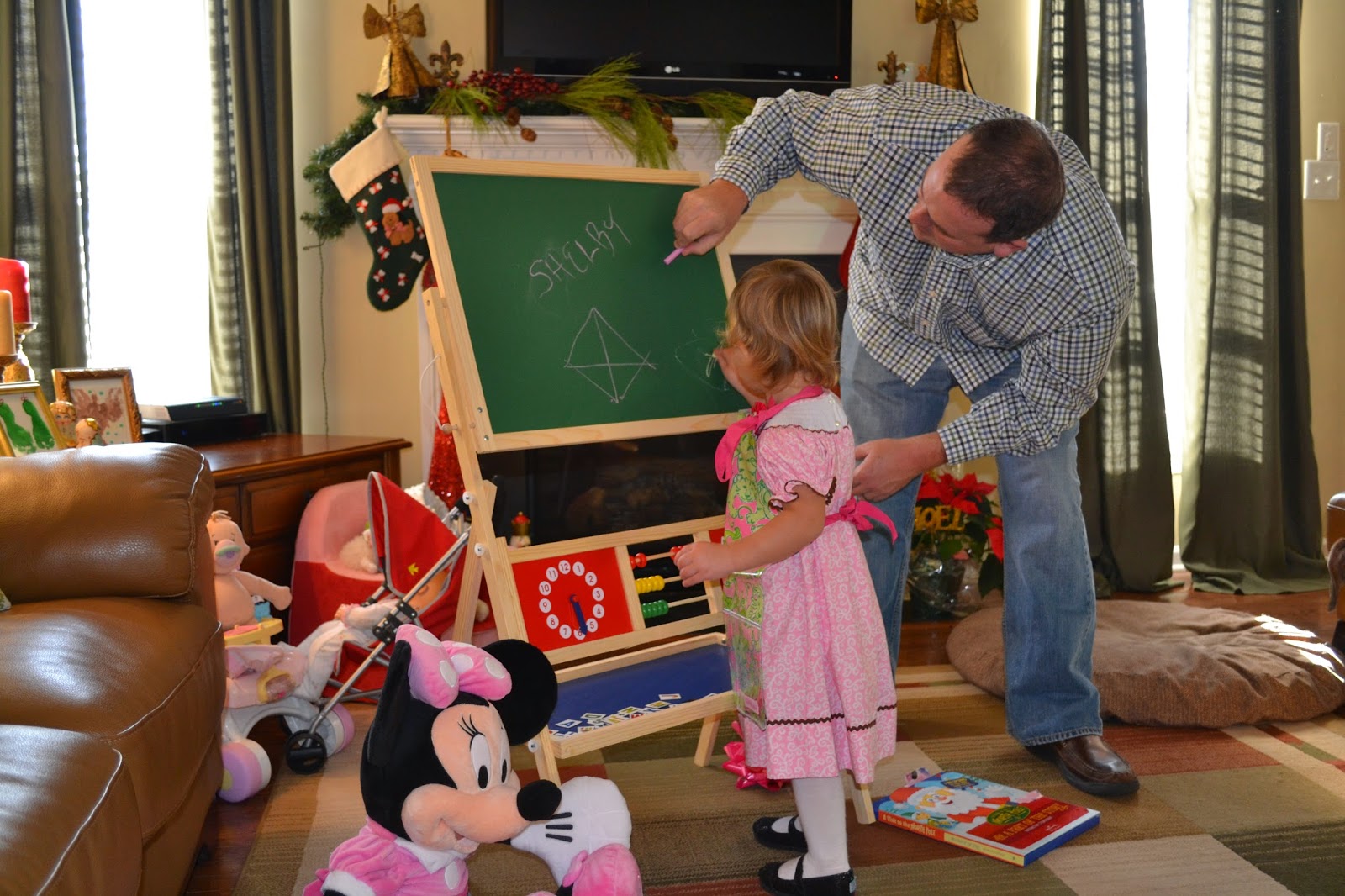 We were shocked to discover she's grown 3-inches since July! 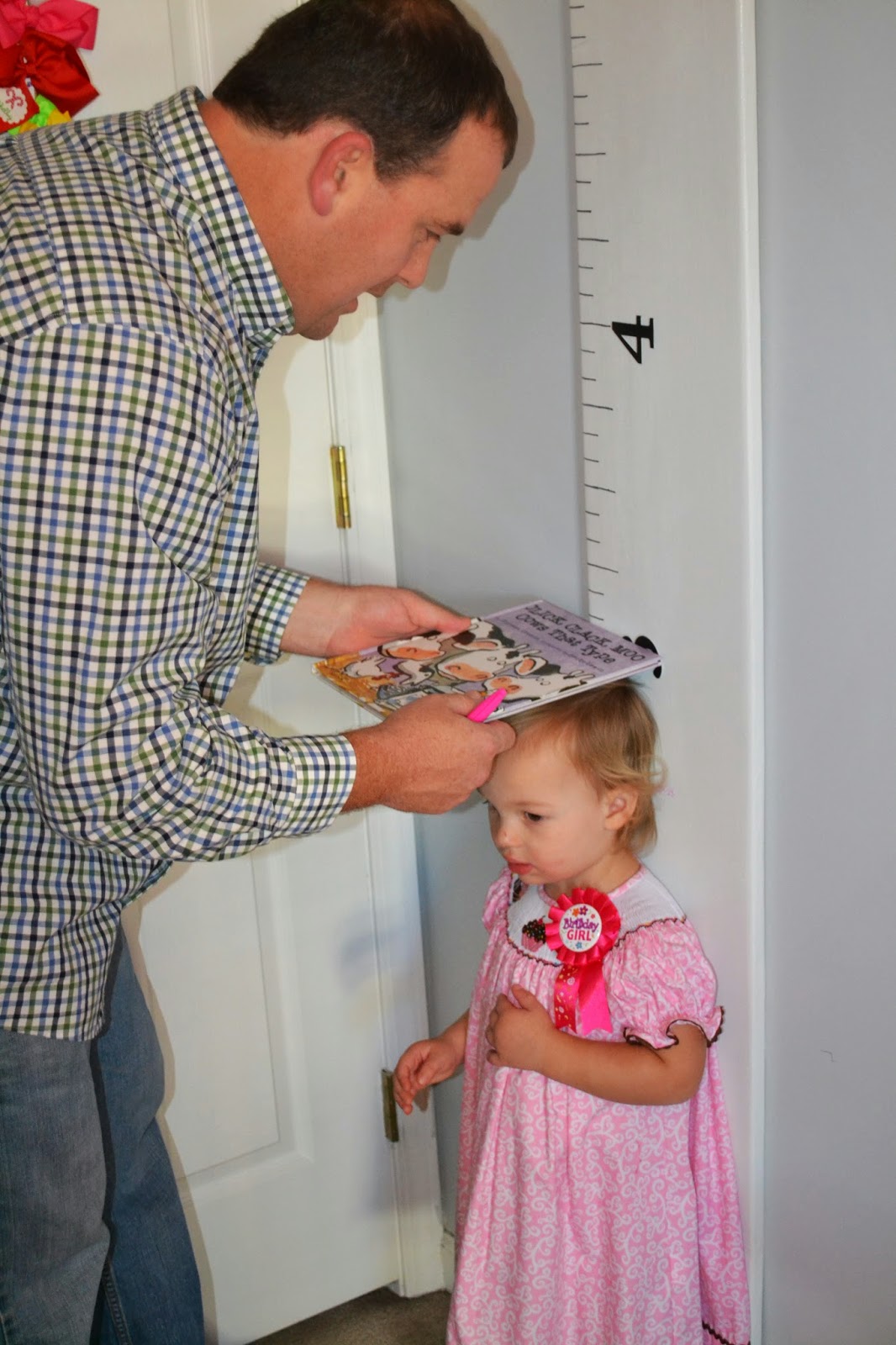 We burned the birthday candle that we forgot about last year..... 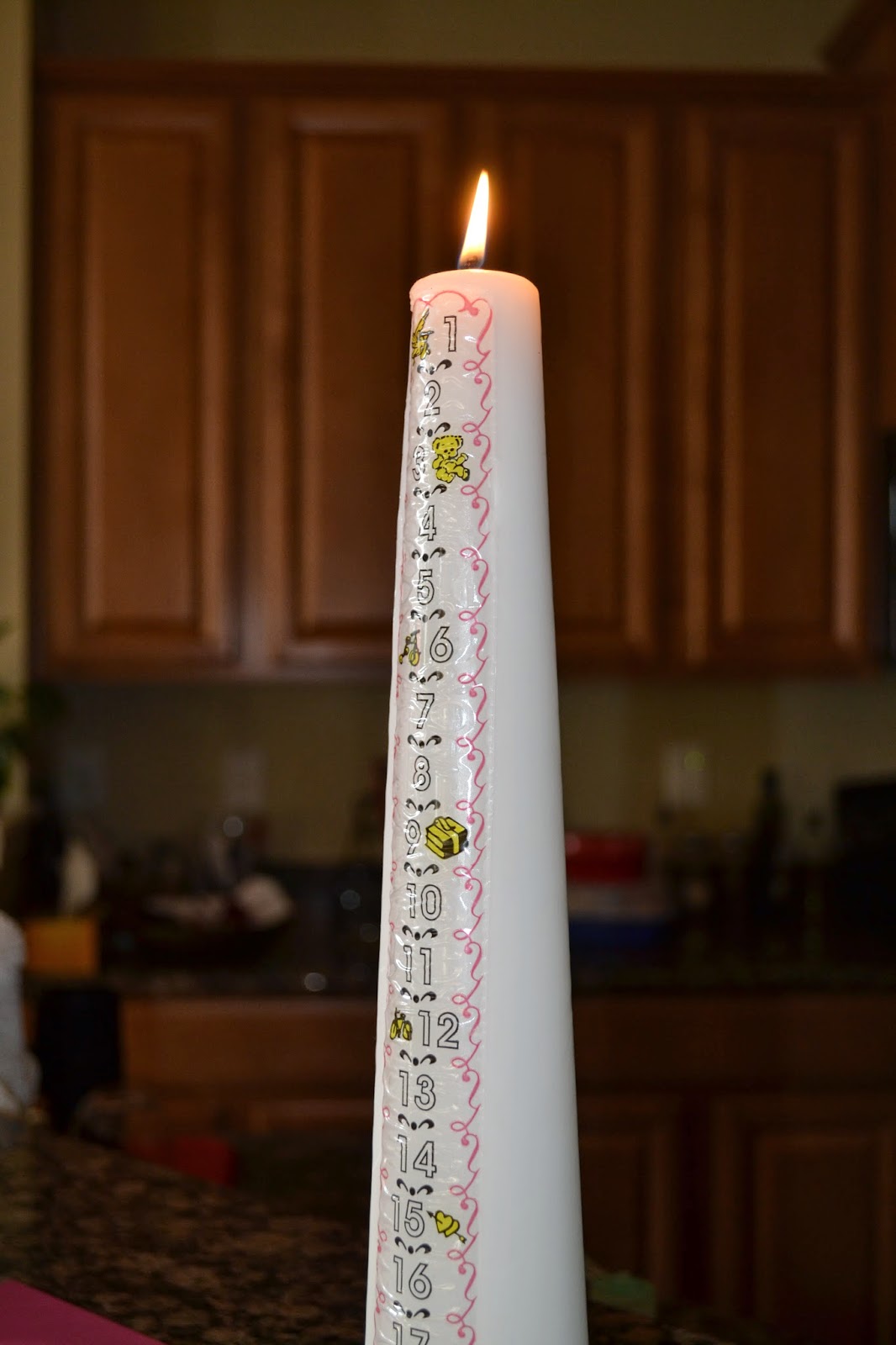 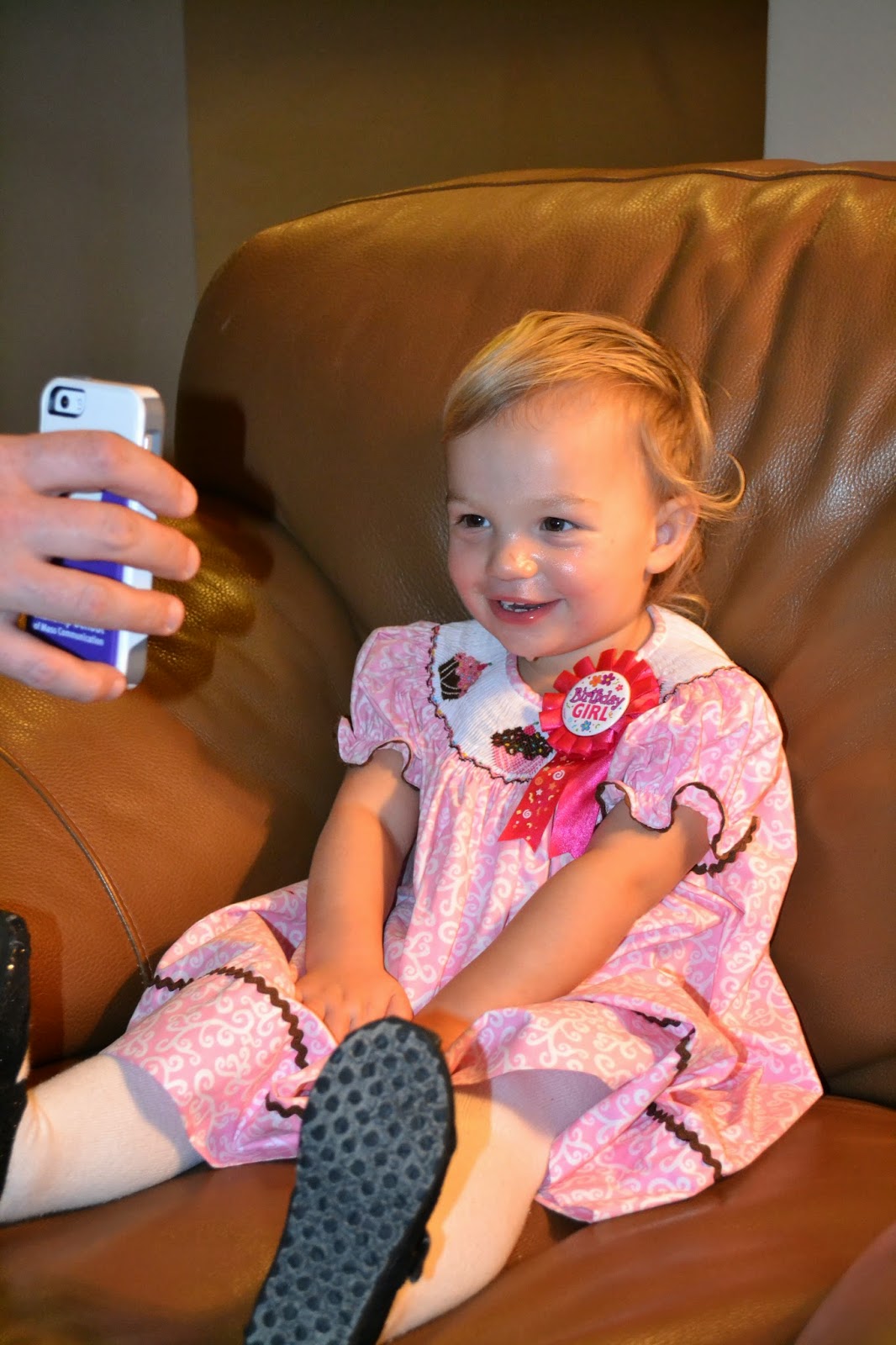 And, last but not least enjoyed her favorite cuisine, Mexican food, out at a local restaurant!! 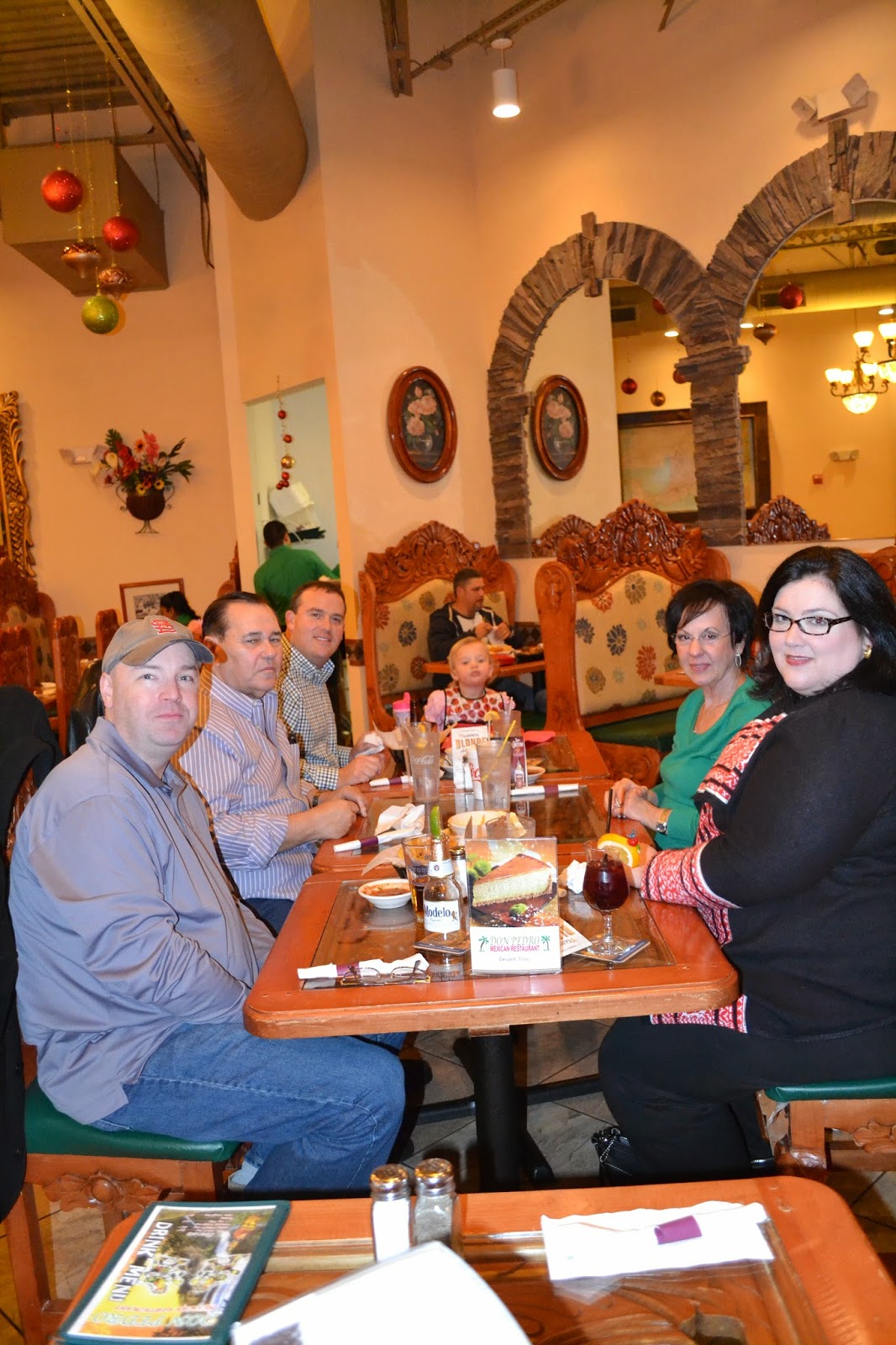 After eating her weight in chips, salsa and queso she was serenaded by the staff. 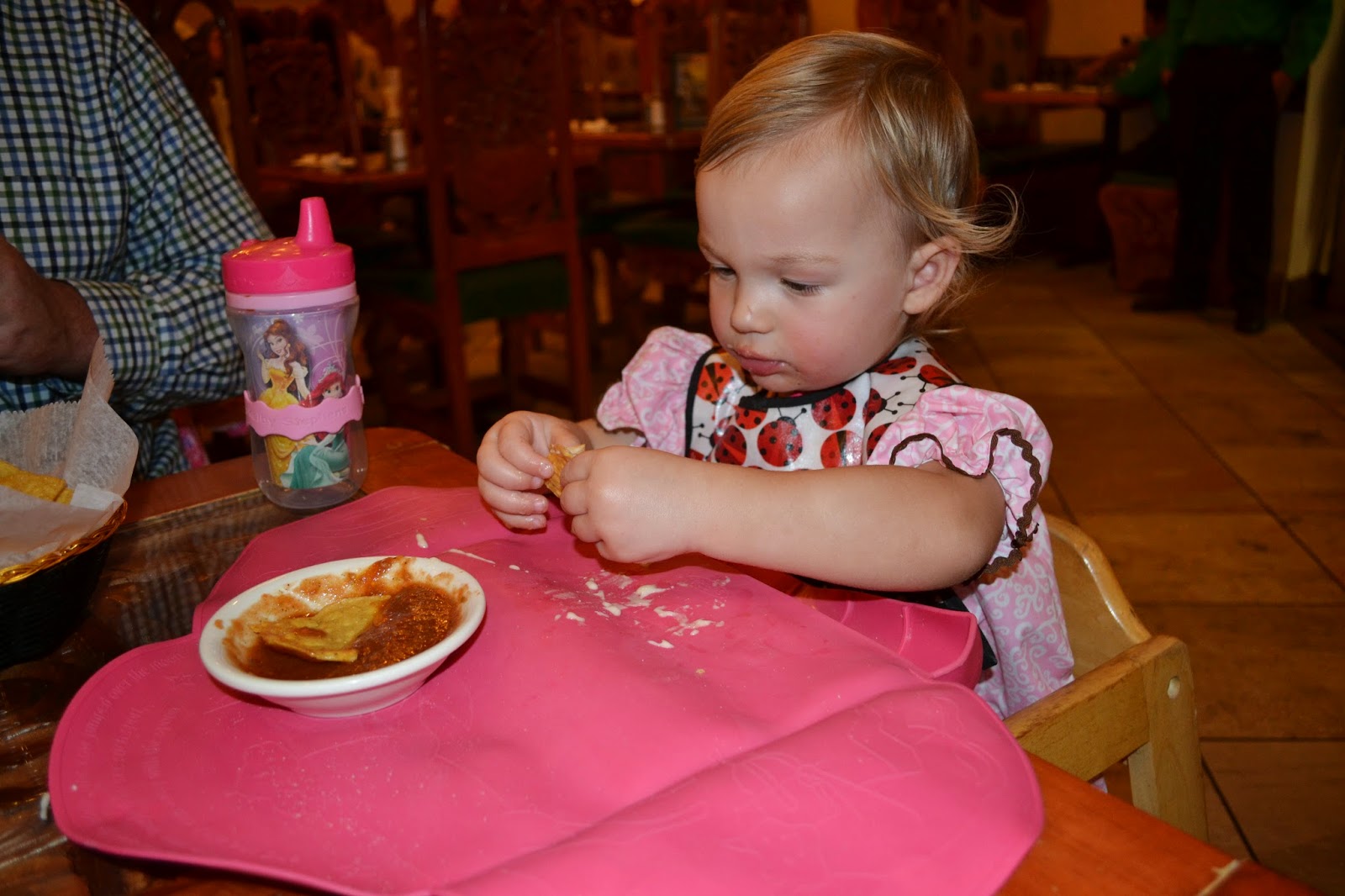 I thought I had captured it all on video, but it turns out I didn't.
Even so, the pictures are pretty darn cute! 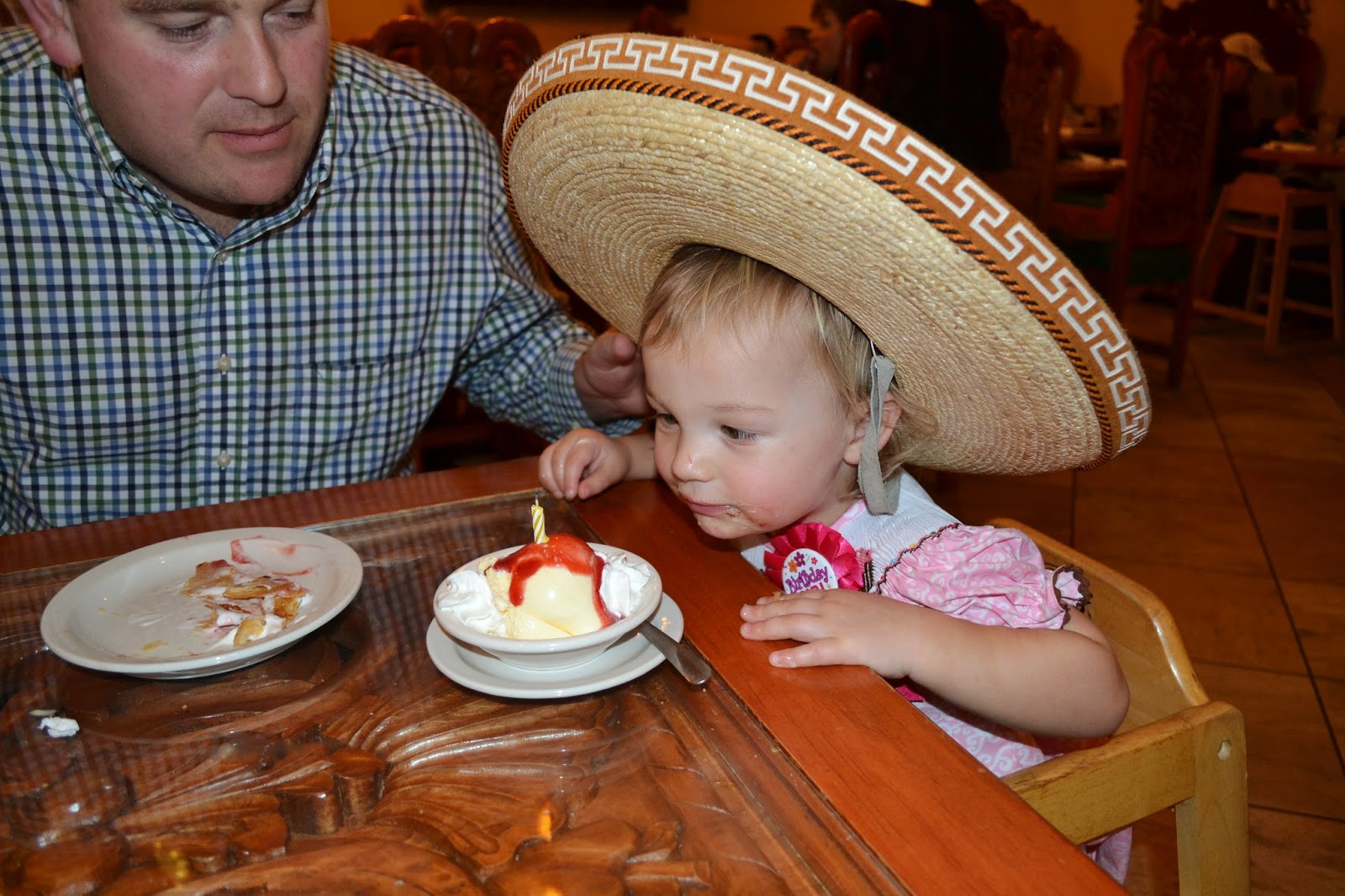 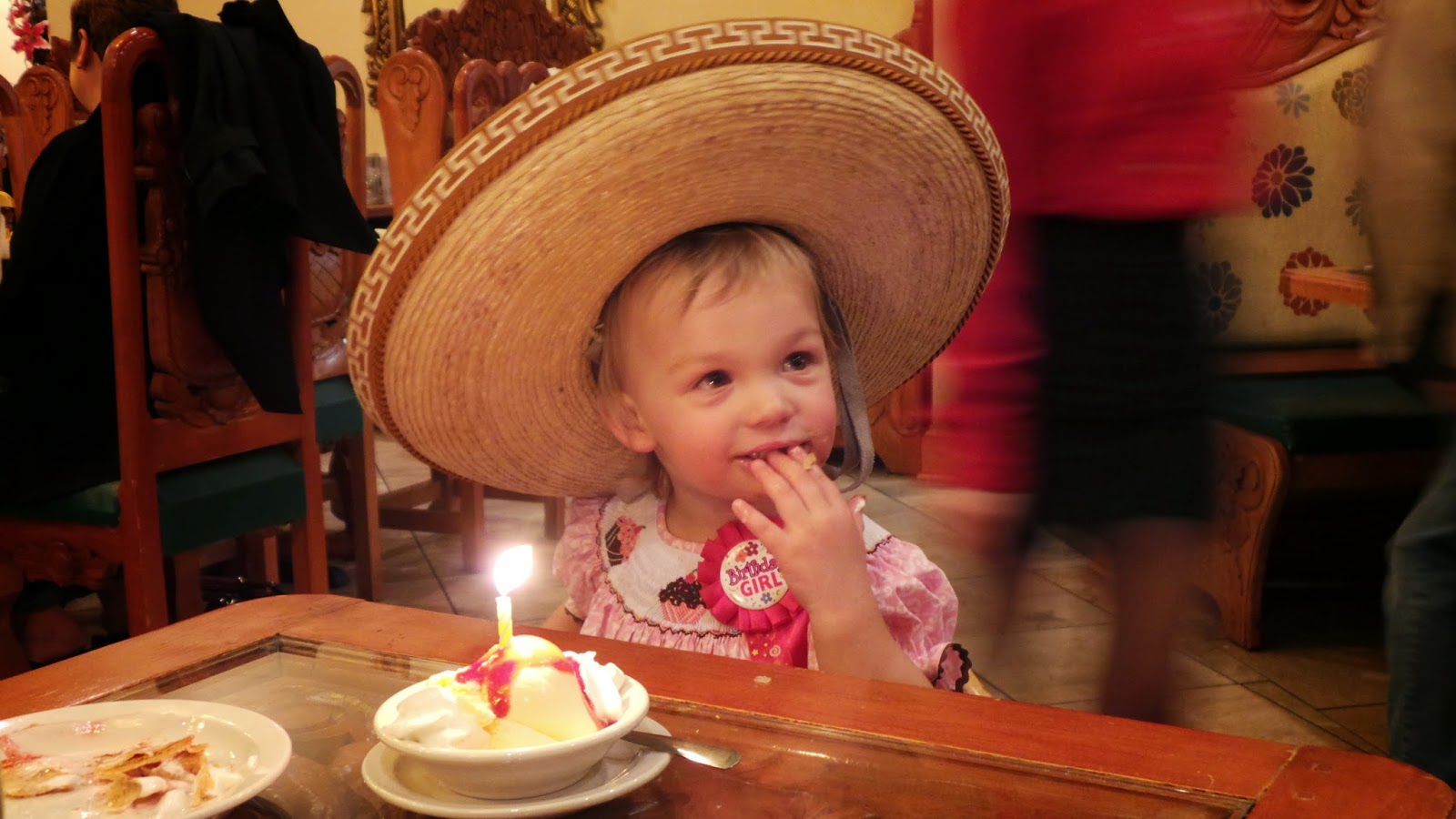 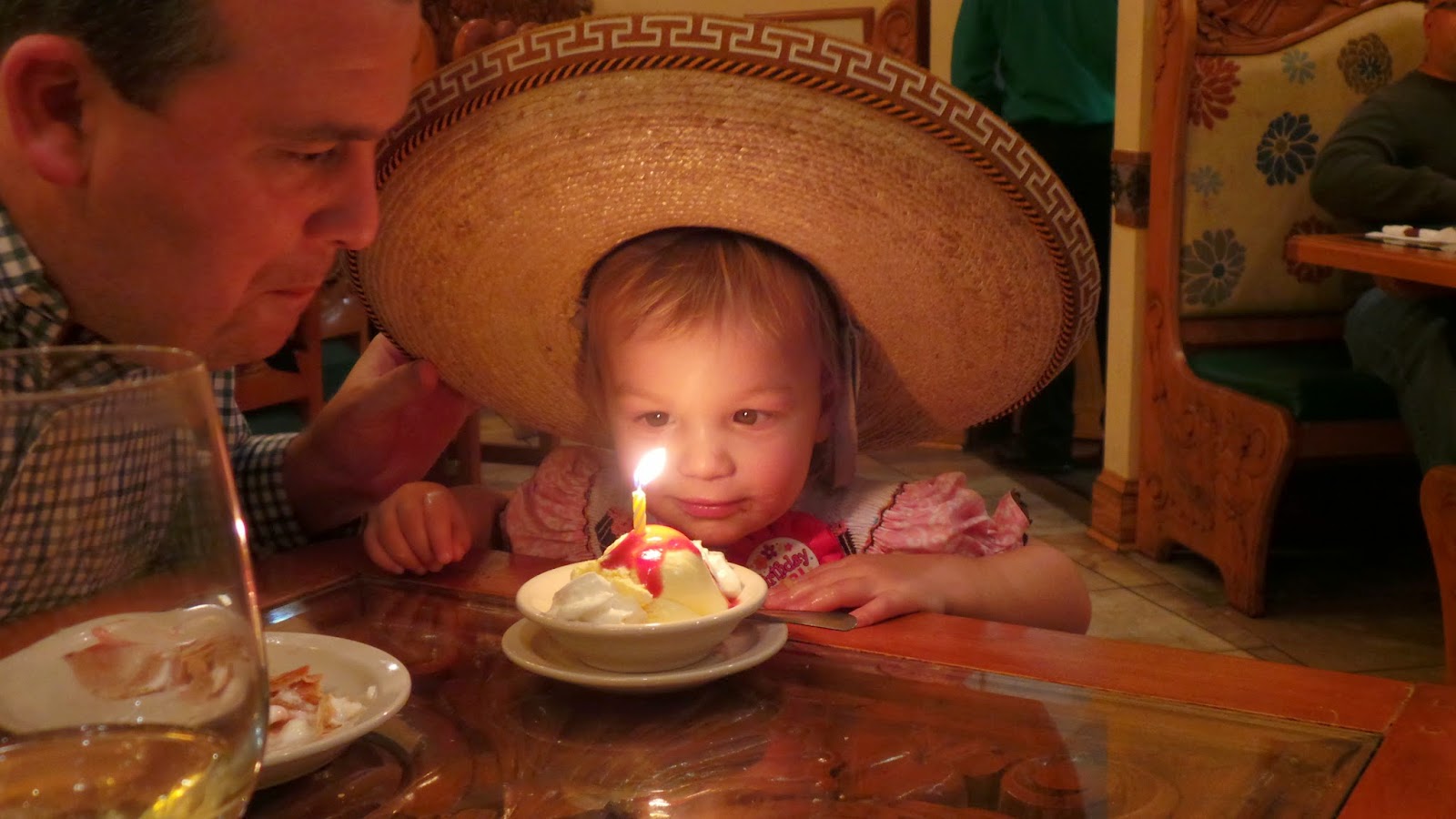 Happy 2nd birthday to our little girl!
Tomorrow, details on her actual birthday party, Minnie Mouse and all.

What a great day! Drew LOVES Minnie Mouse too. Too bad we couldn't make the party, ha! I bet she slept like a champ after all that excitement and sugar. Can't wait to see all the party pics! That smocked dress is to die for. I got a super cute one for Christmas that hasn't come in yet and I am so excited!!

Awww!! So sweet!! Happy birthday to darling Shelby! I have to say Dee, you make motherhood look good! (And easy!)