Aside from all the parties we've been to this year, there has also been a lot of fun family things we've accomplished.
Granted, there is a list of things we DIDN'T do this year, that will totally be first on our list next year, but even so.

In my last post I mentioned we were going to see the lights at the Speedway.
Well, traffic was awful and after waiting 30-minutes we bailed.
We'll try next year.

As for what else has been going on?
Well, for starters, a lot of fun in the kitchen.
My MIL bought Shelby a rice crispy snowman kit and we tried that on Sunday.
It was fun, but I had a Mommy fail moment and read the directions wrong for the icing so they didn't turn out like they were suppose too.
Even so, we had a great time! 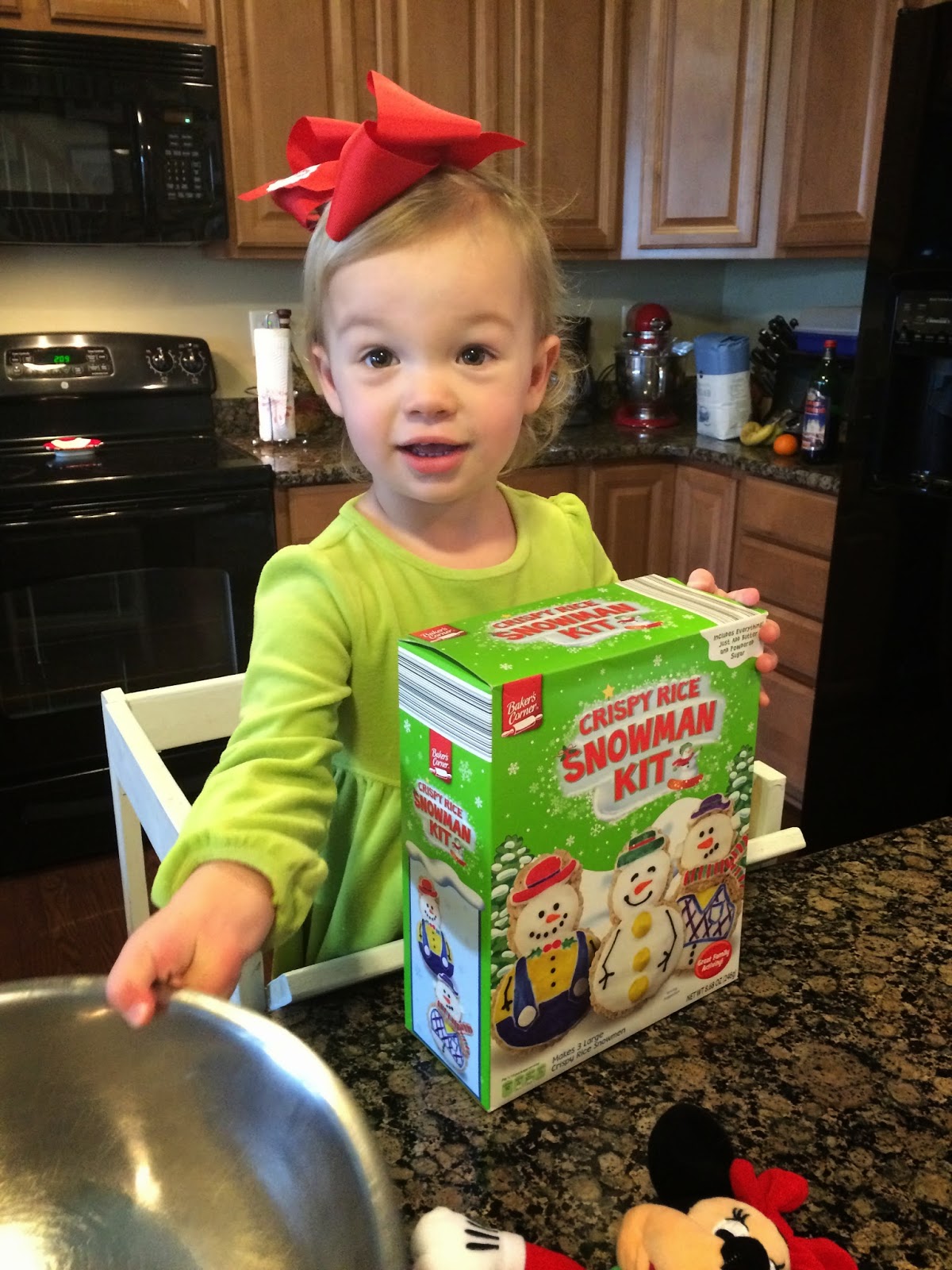 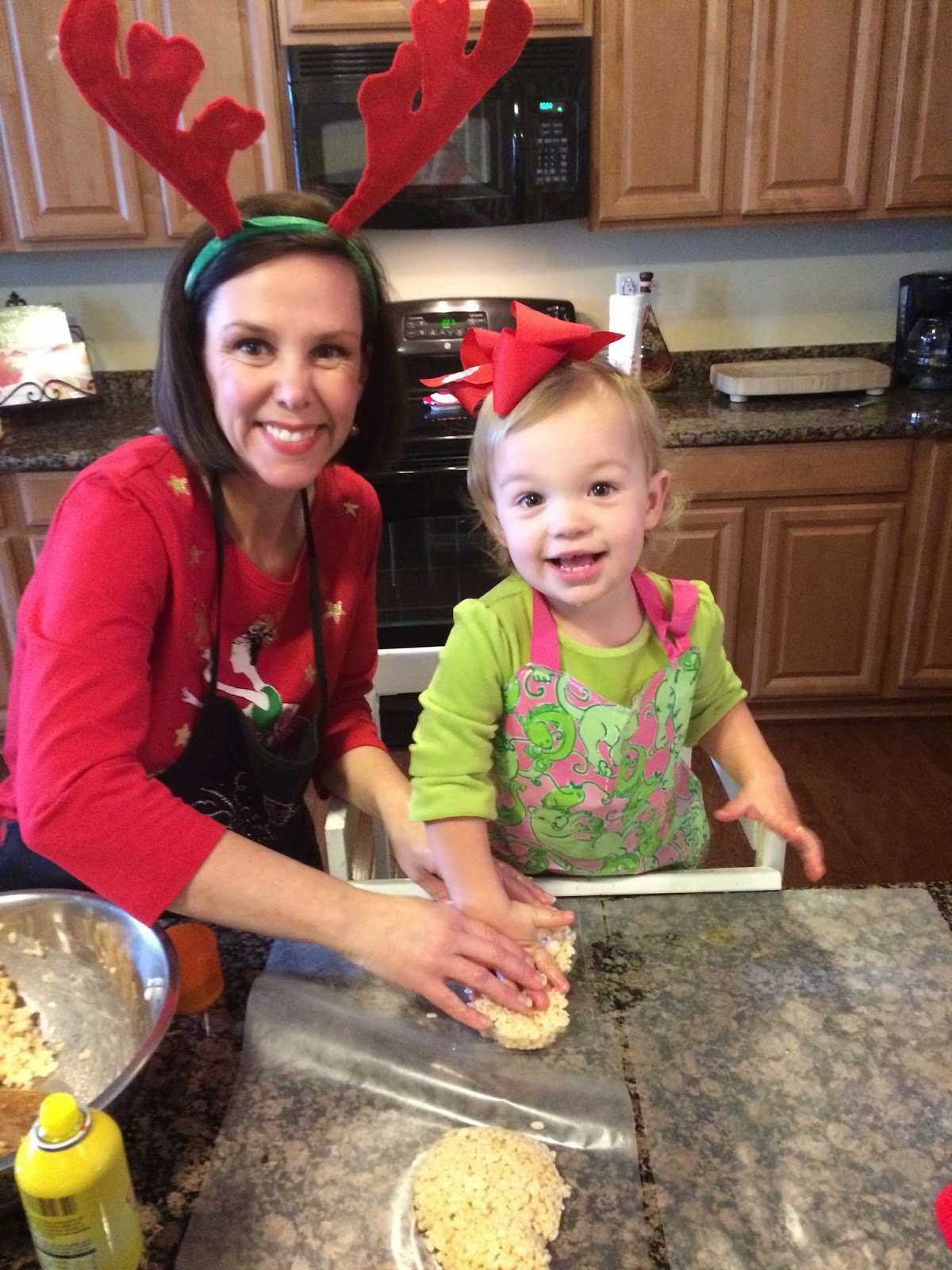 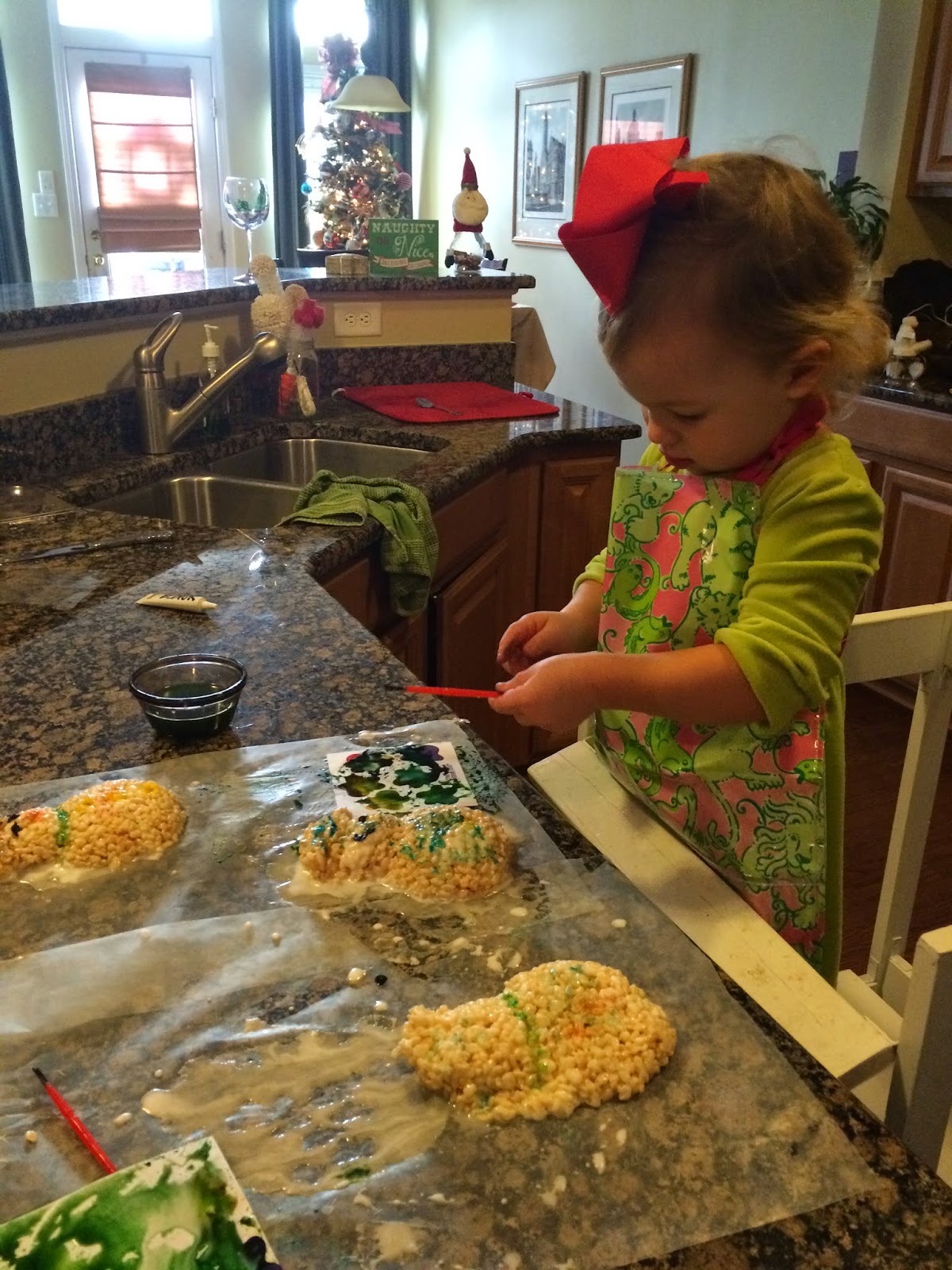 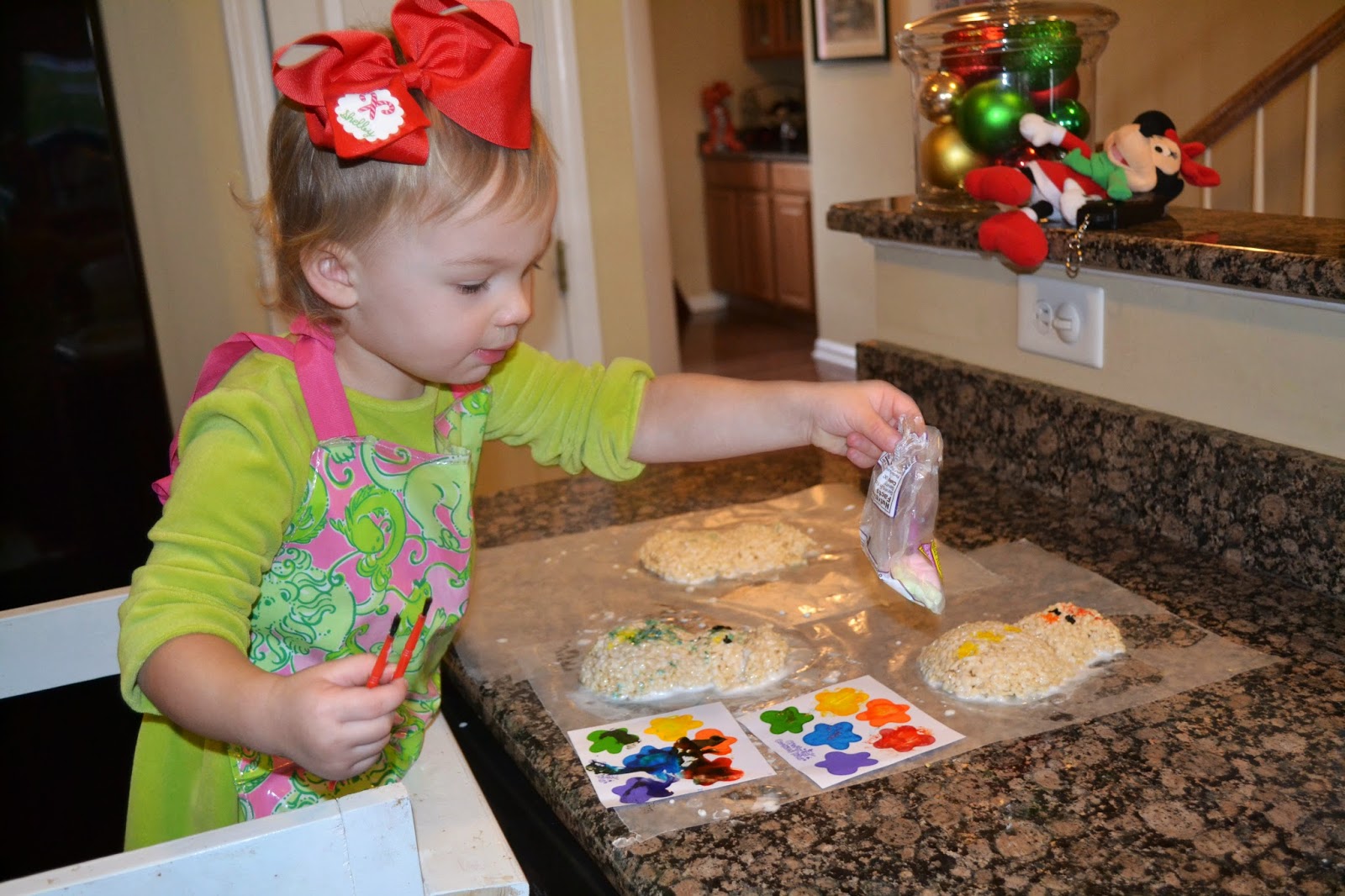 This morning we were back in the kitchen making some more graham cracker toffee just to have something sweet around.
Shelby ADORES helping out.
This tower Brad made is truly the best thing ever. 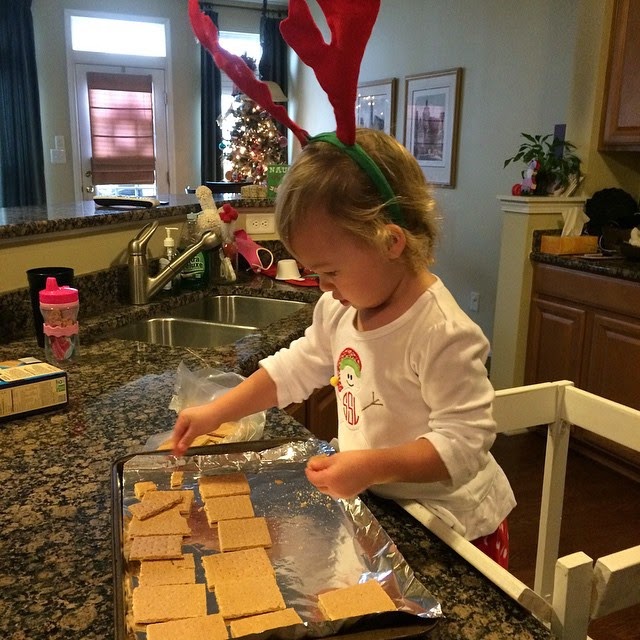 Then after an 'attempted' nap, we met Daddy in Uptown for lunch and to check out the holiday attractions.
Decorations at the Ritz Carlton was the first stop. 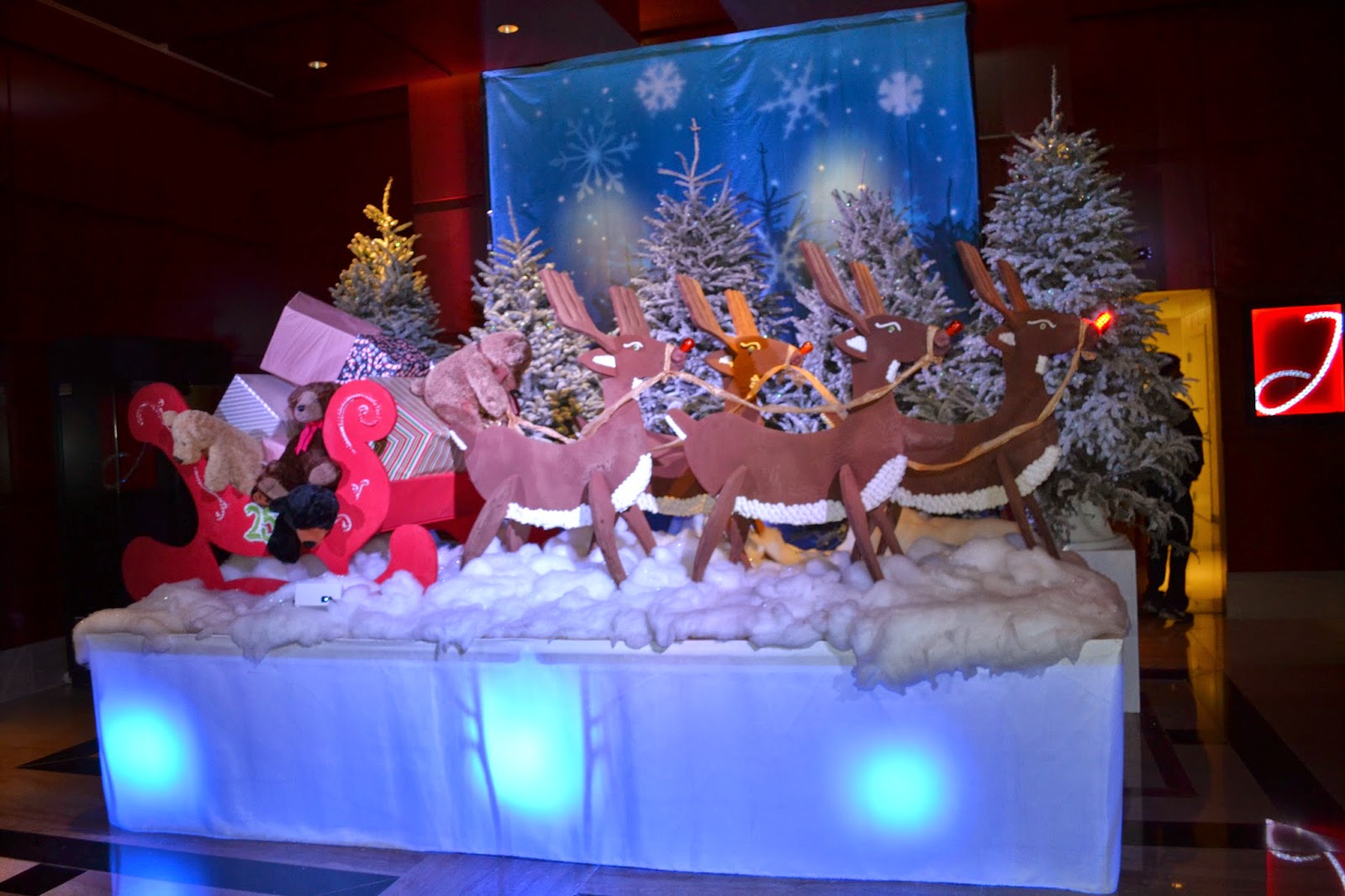 Shelby WAS not into pictures at all.
Must have been the lack of a nap!!! 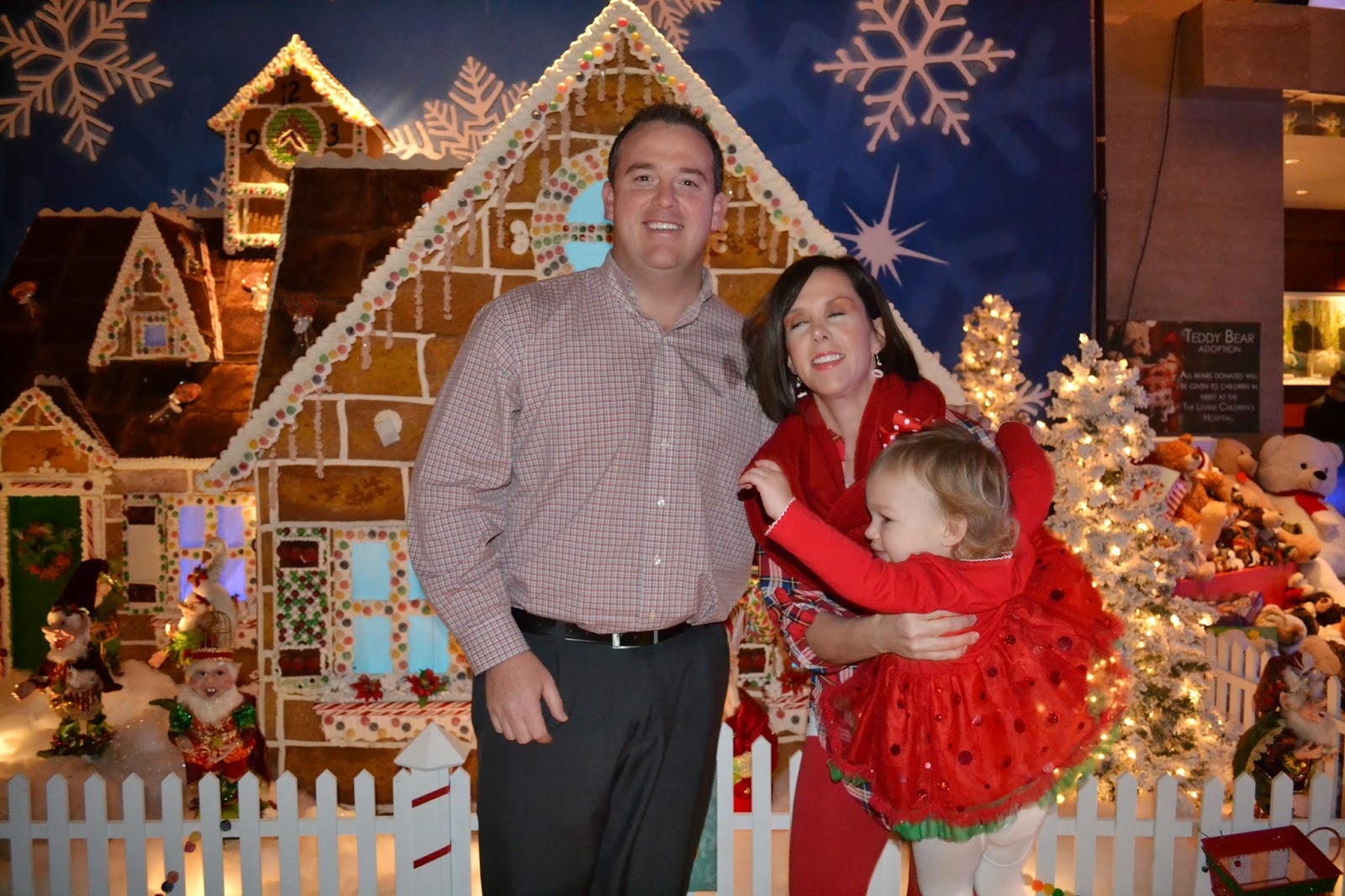 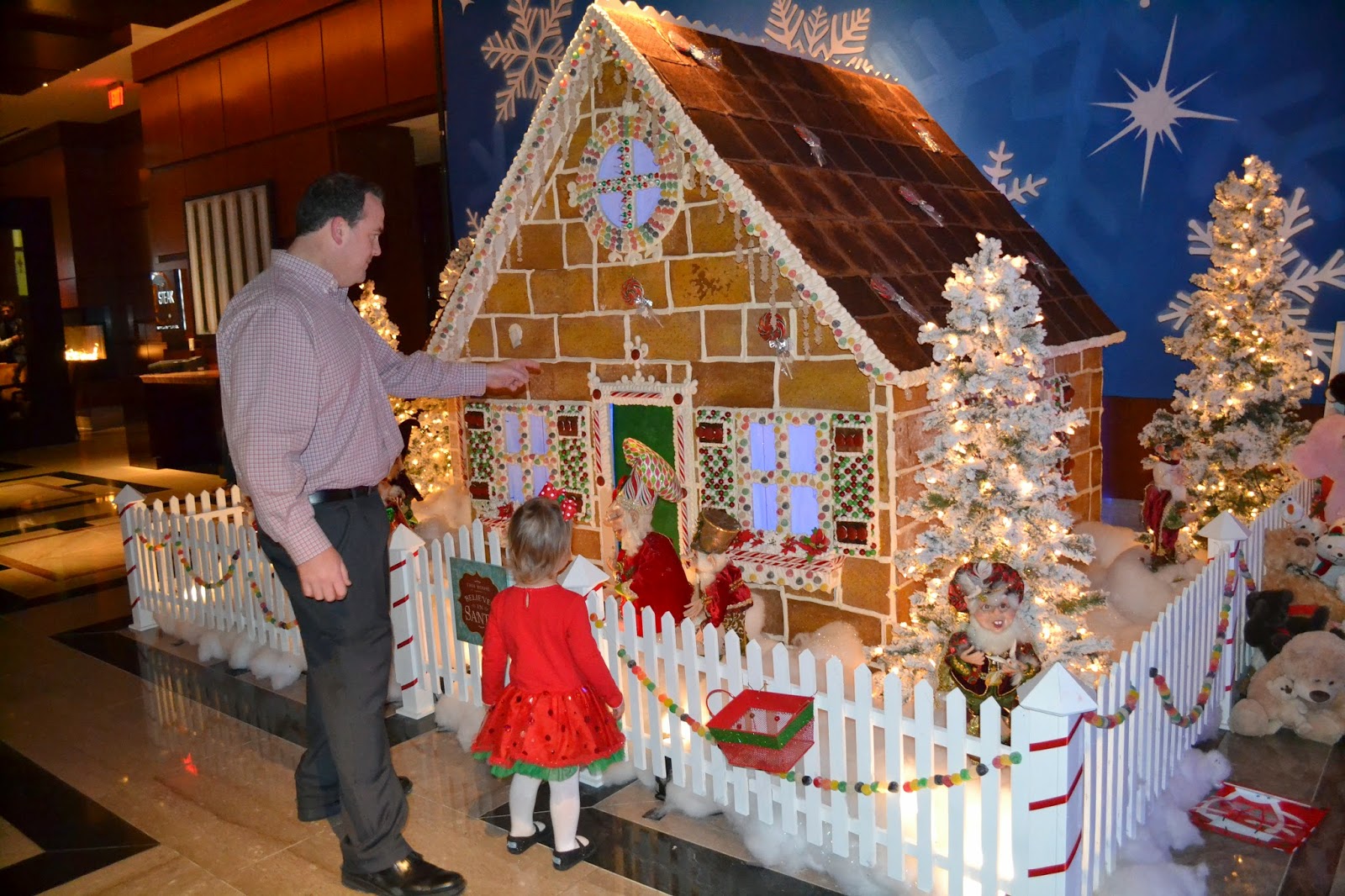 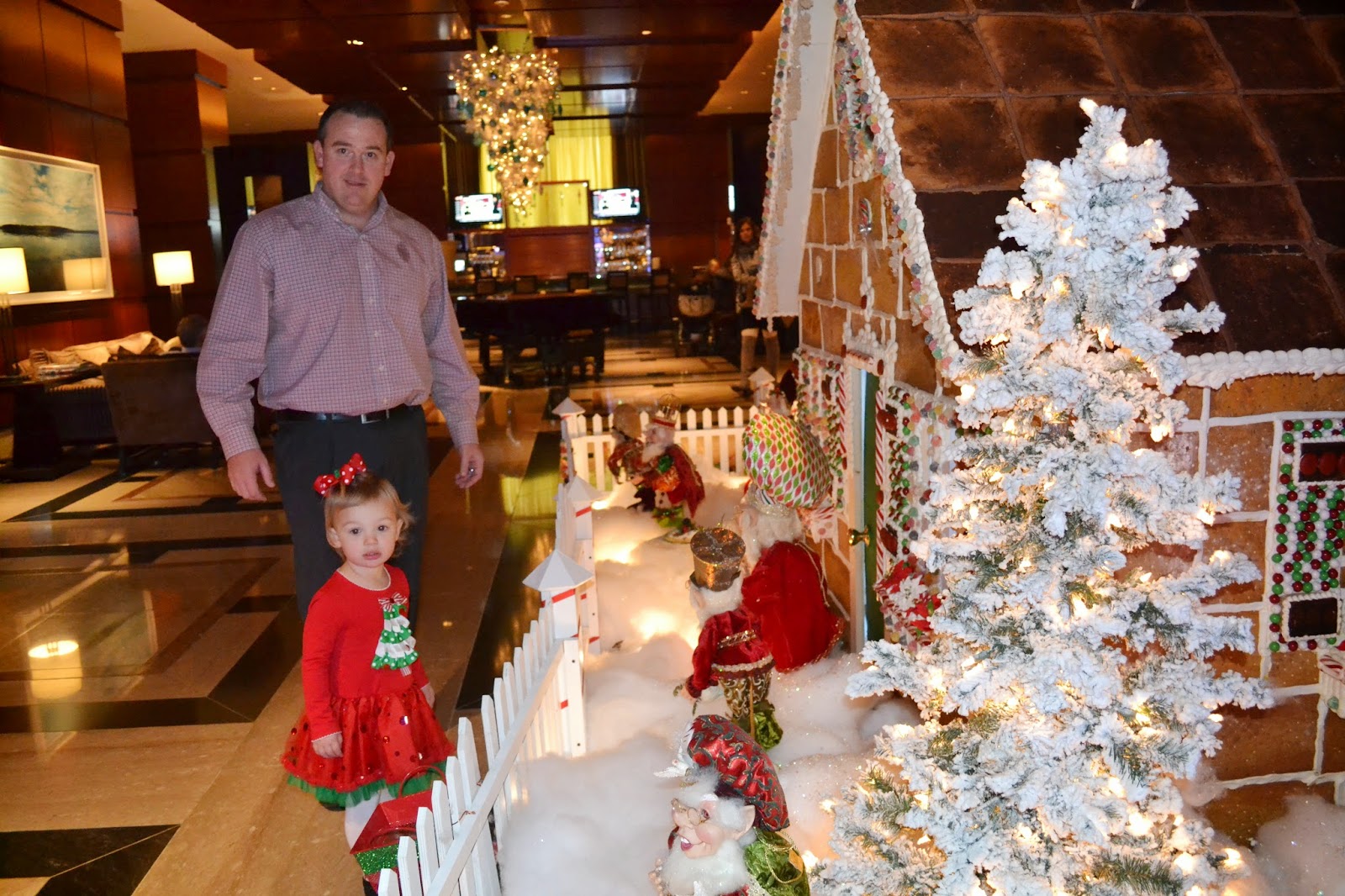 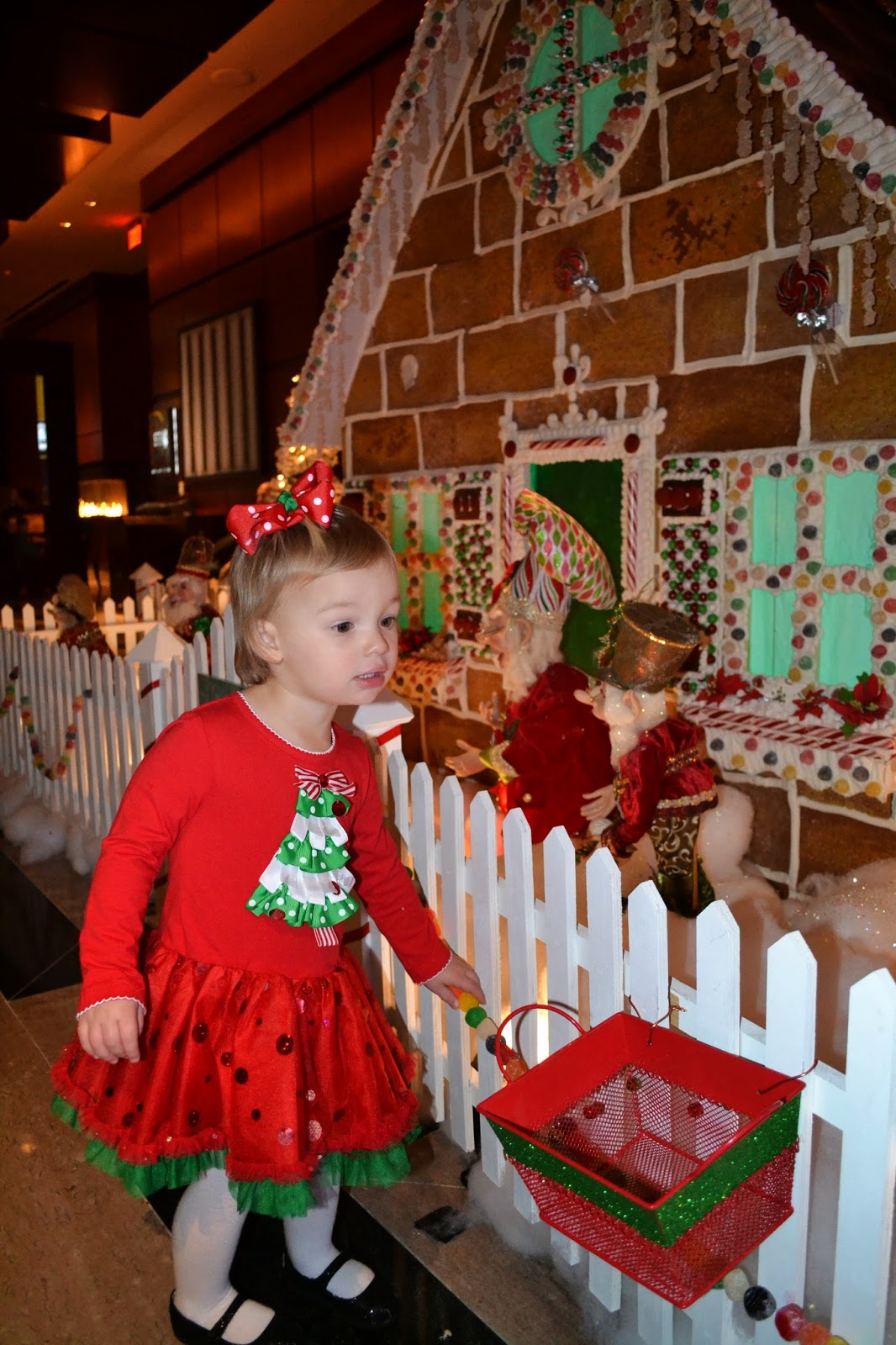 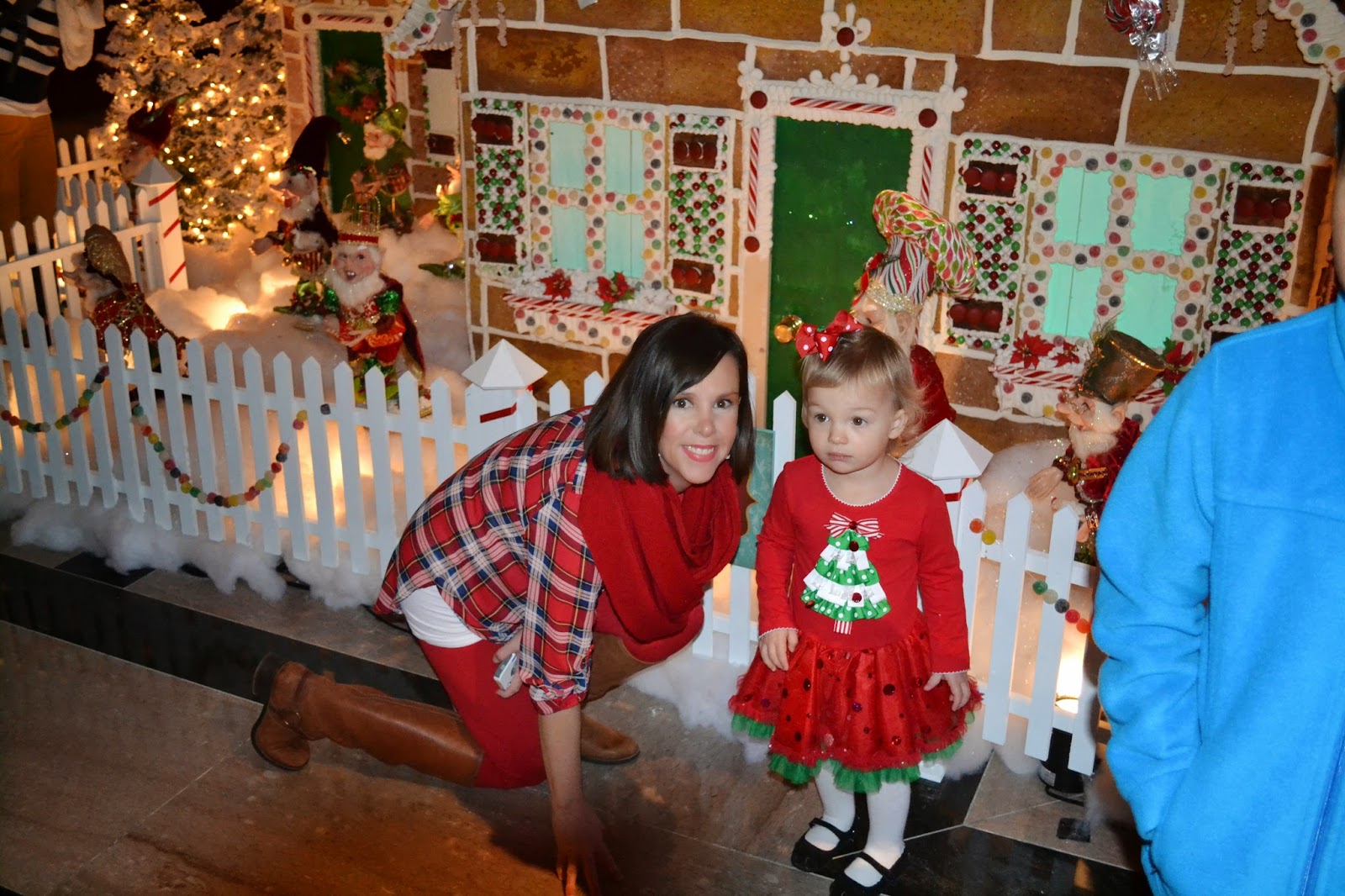 Second stop was to listen to the Bearstein Orchestra in Founder's Hall.
It was packed today!
Everyone had the same idea. 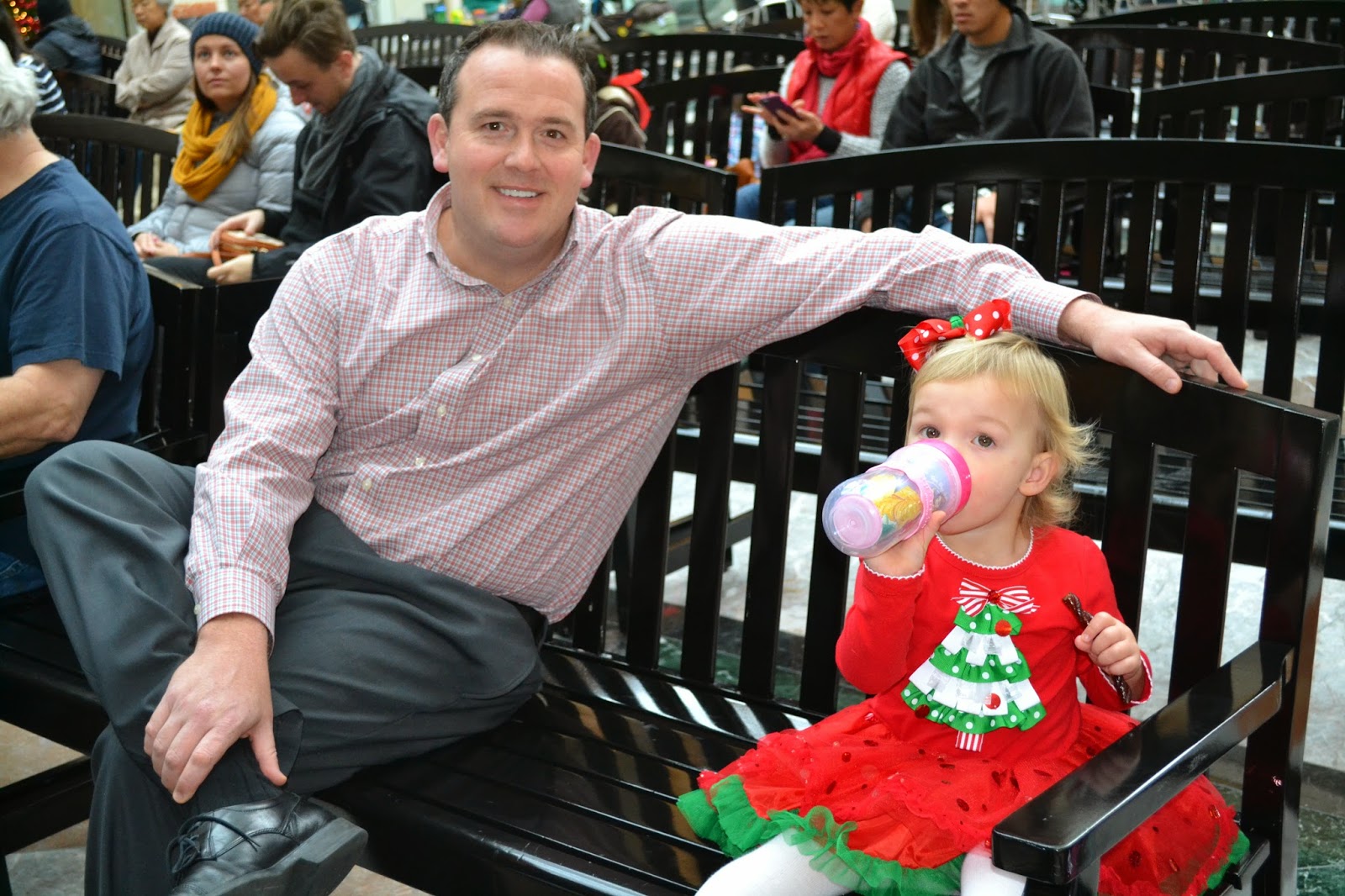 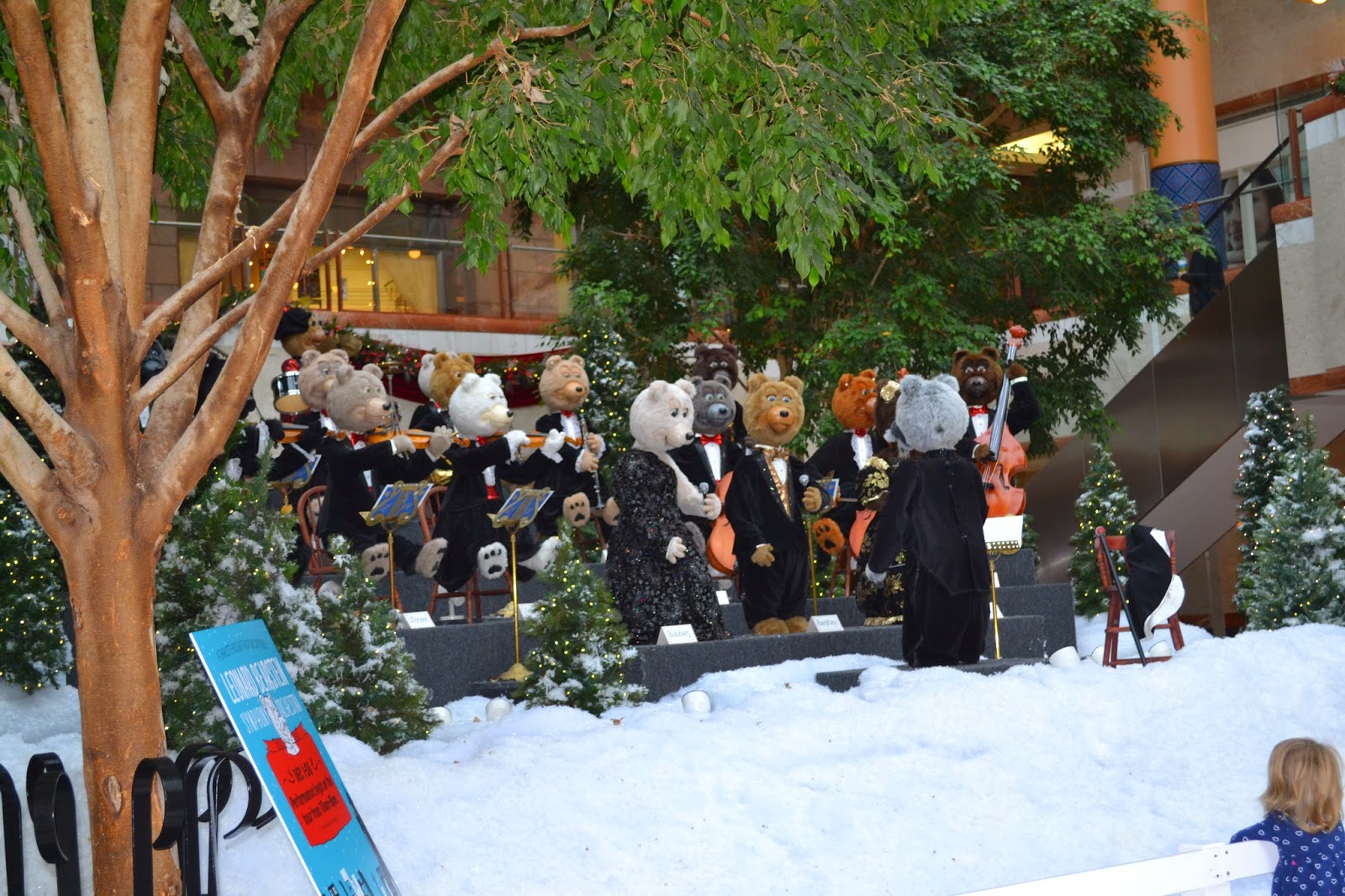 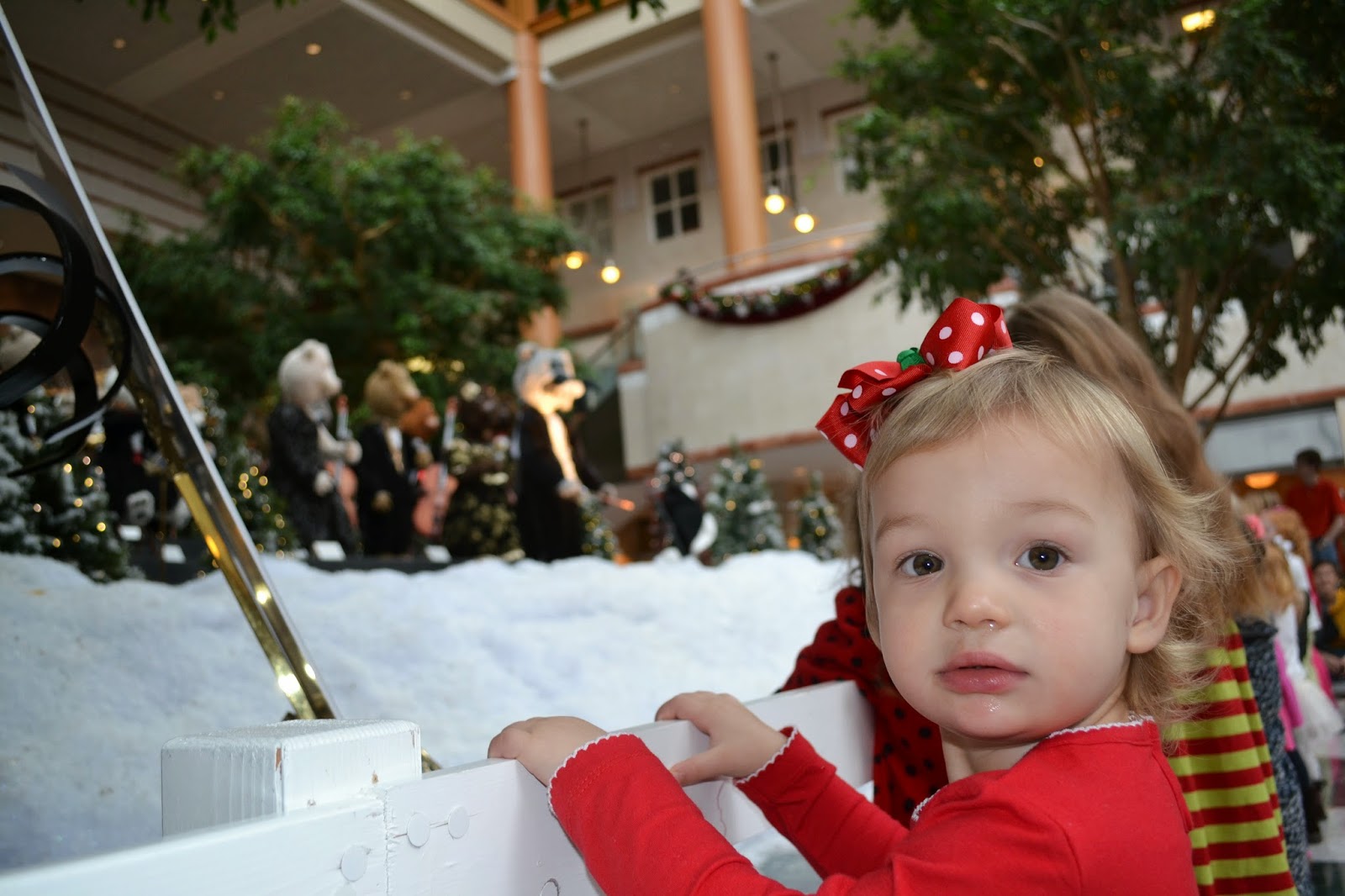 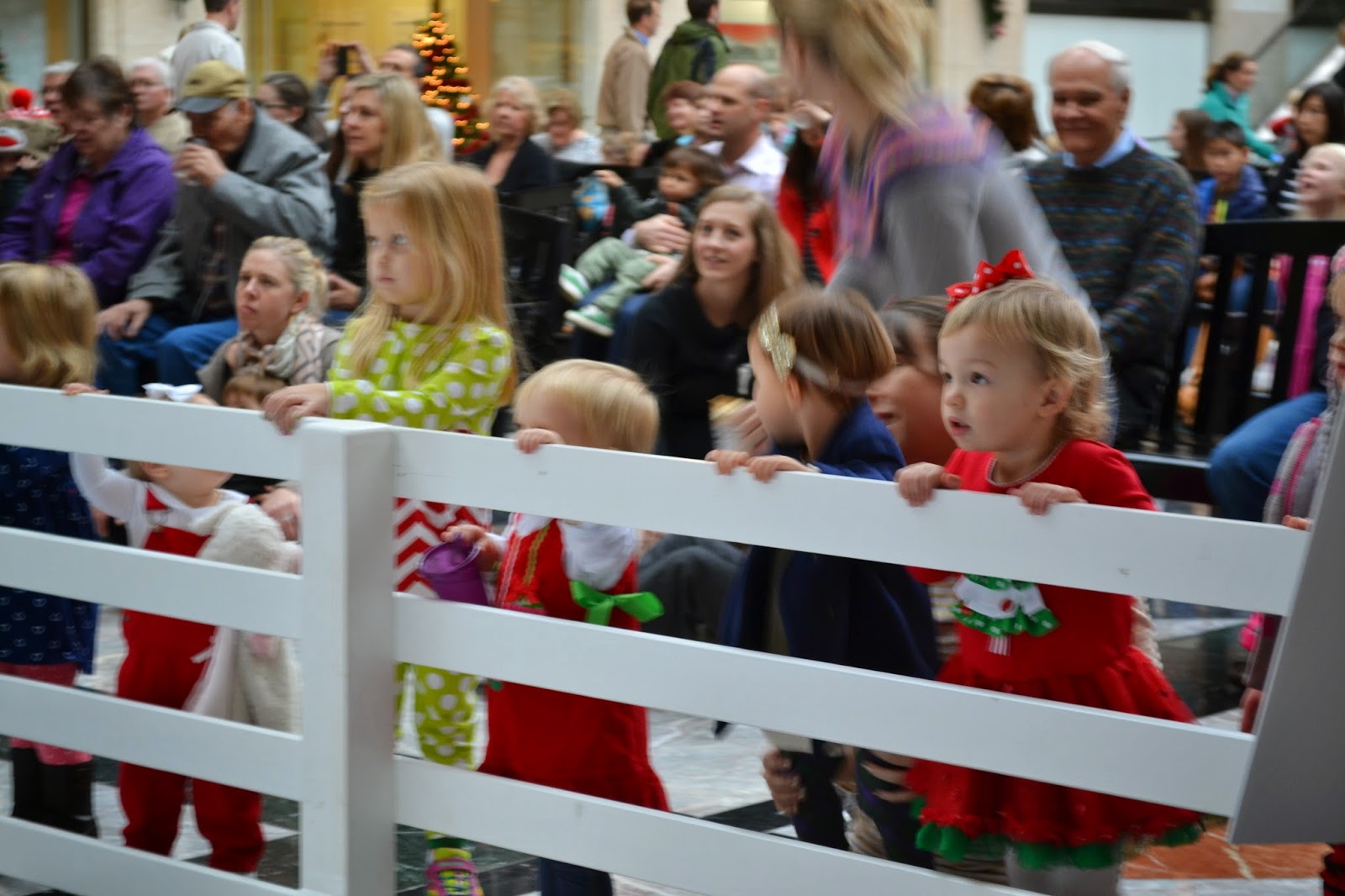 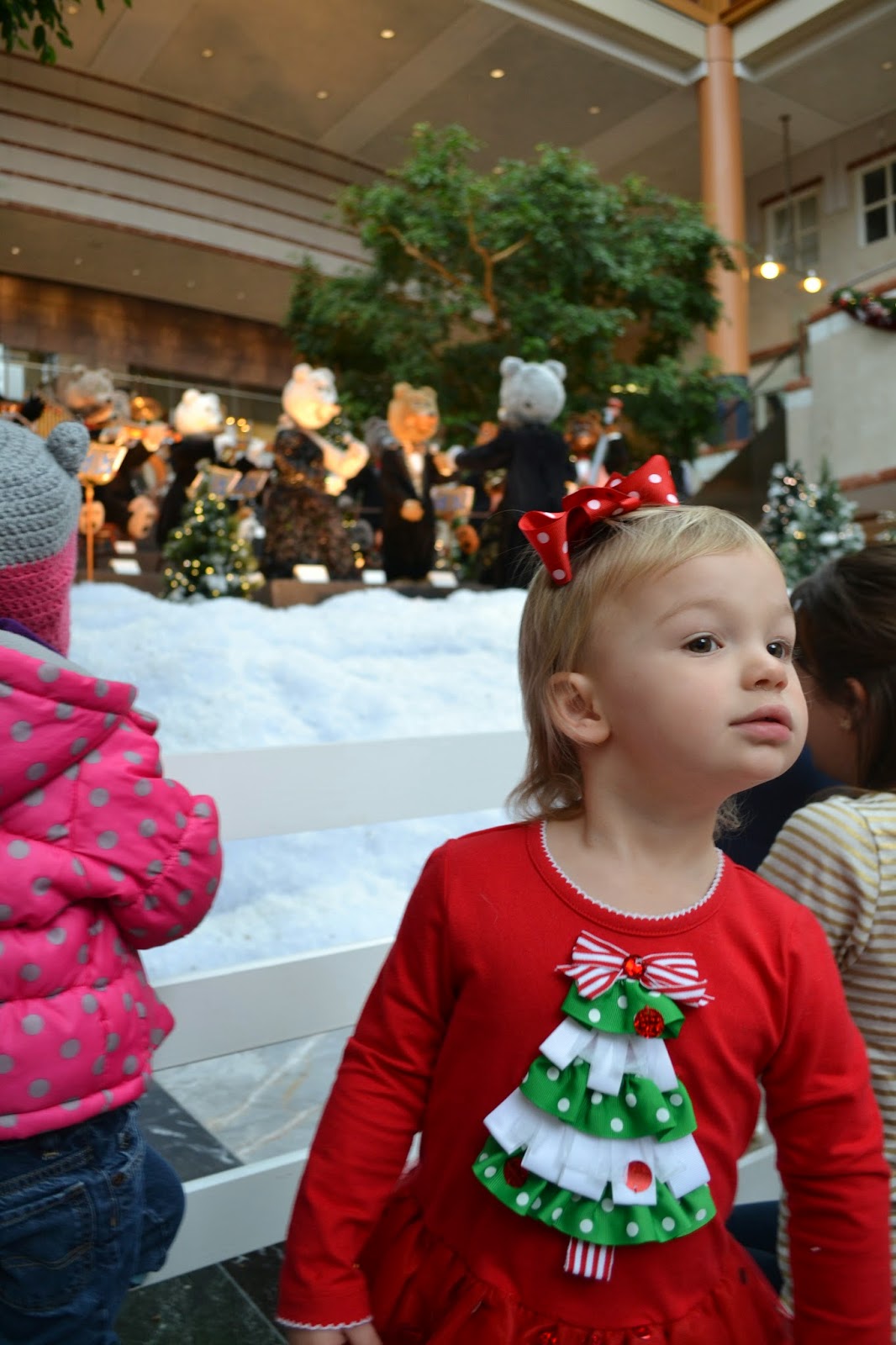 I'm delayed in posting the Christmas party from Shelby's school.
It was nothing major for her age but still fun and I got there in time to be able to help and act as a 'room mom' for the first time ever!
HA!
It's the little things. 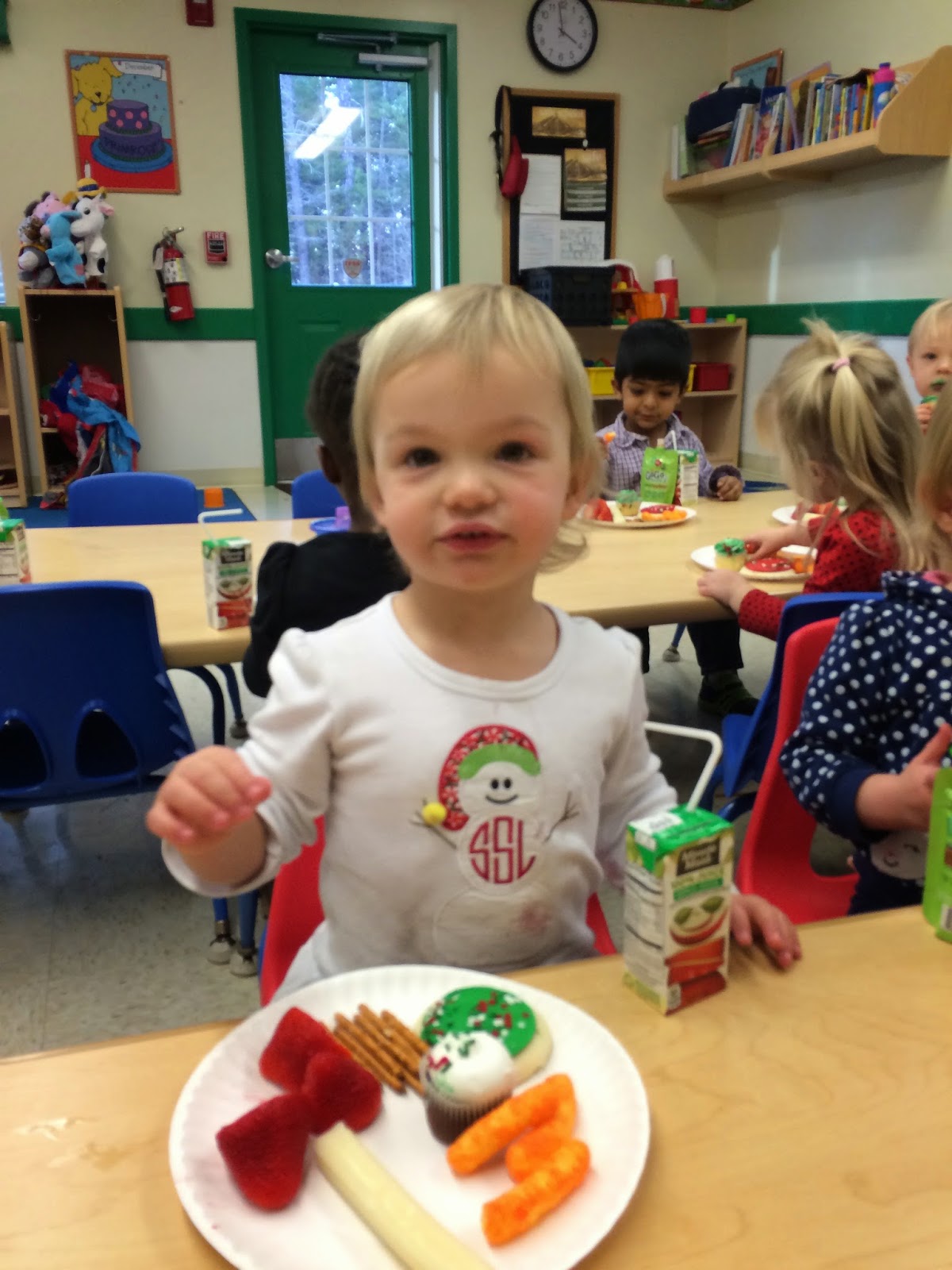 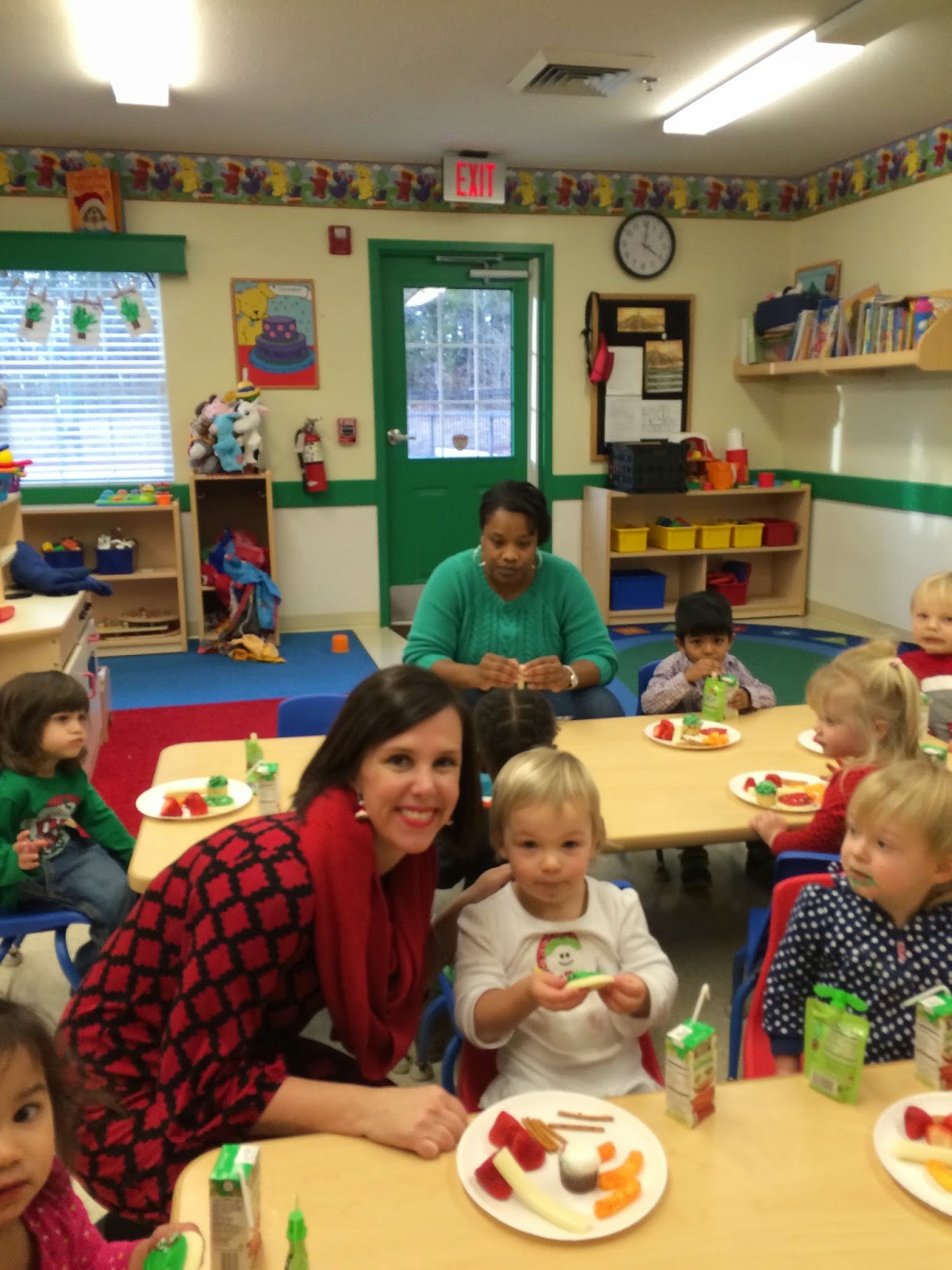 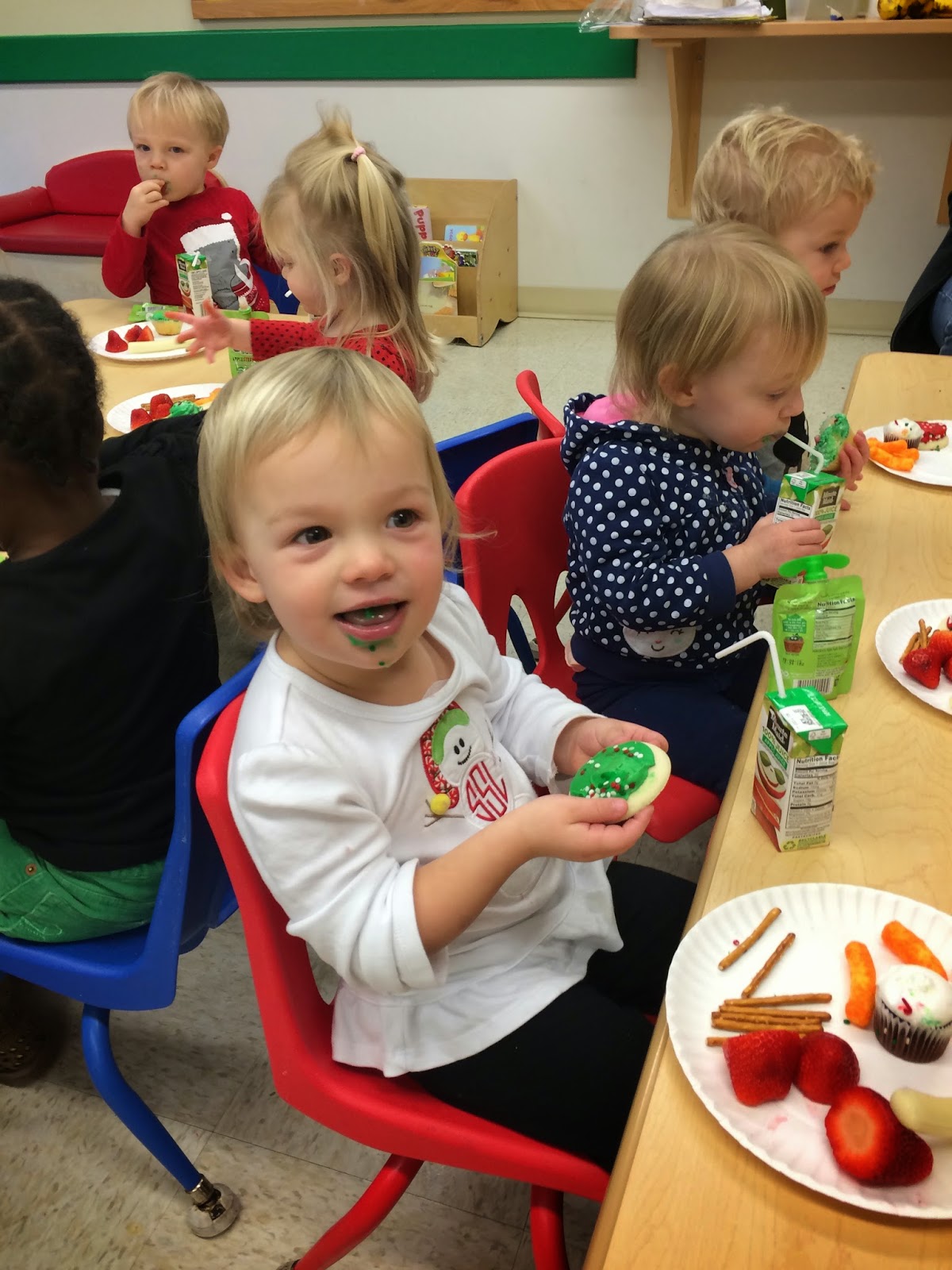 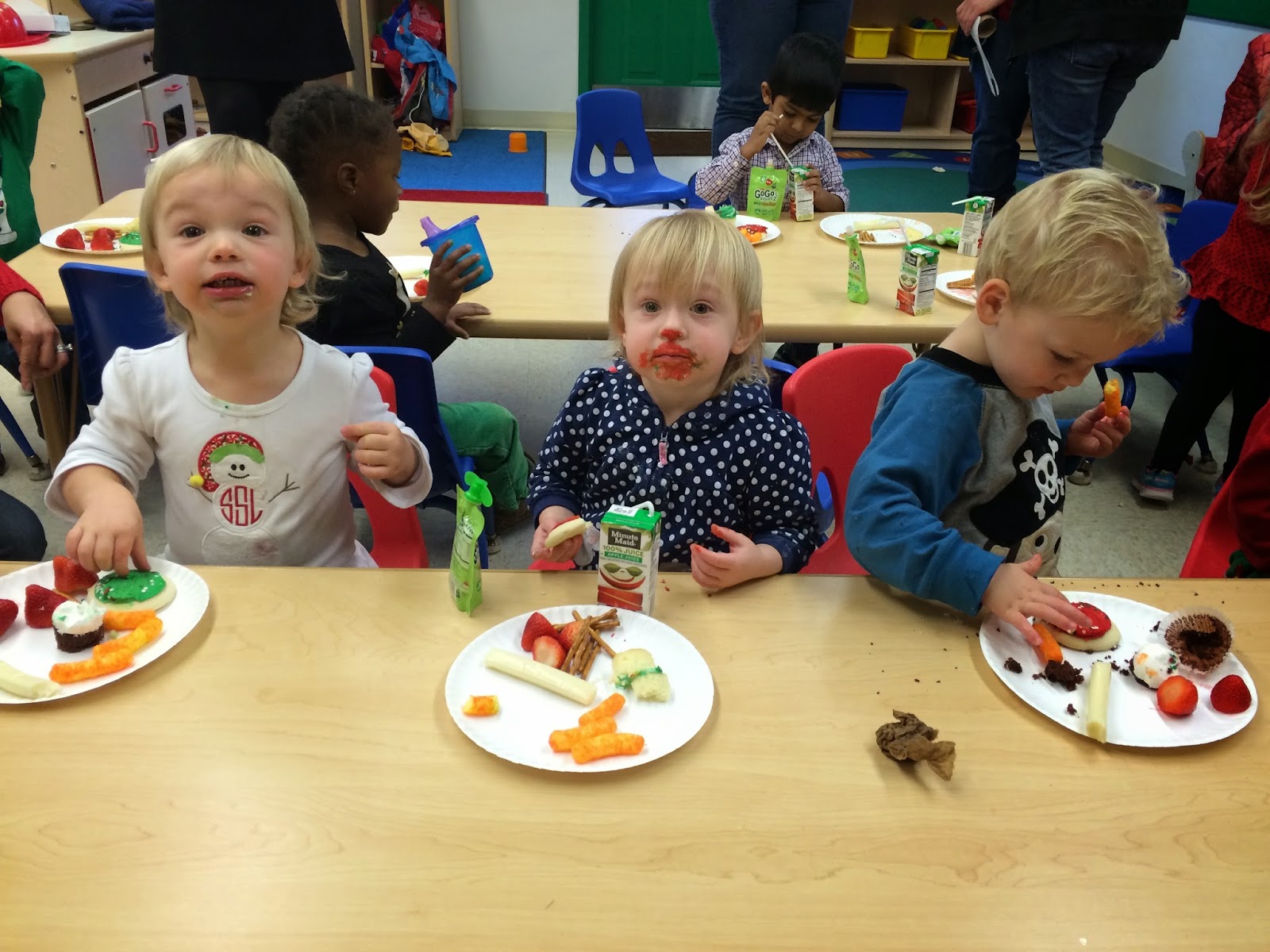 Tonight, we're going to attempt to see lights around Charlotte.
The weather is terrible, but Shelby is FINALLY napping, so I'm hoping she'll be in a good mood and it will be a success.
Merry Christmas to you all!

Lots of fun memories! We went to a light display last night and it was 30 minutes before we got into the lights and the last 10 minutes of the night was Drew crying/screaming - not sure we will attempt that again?! Kidding...maybe. I think just driving around neighborhoods would be better! Hope y'all have a very merry Christmas!

Love Shelby's monogrammed outfits. She has the best wardrobe!