It's been a while since I've done an update on my weight around here.
The last one I did, I got grief over, but this time I really dont' care because I'm private.
Also, giving that I'm private, I'm going to share pictures that I otherwise, would NOT.
I'm going to lay it all out there when it comes to my weight and numbers.
Reason #1 is to be honest and give people perspective, #2 for me to remember back when Shelby asks me later in life about how much I gained with her.
I asked my Mom all these sorts of questions and she couldn't remember a lot of them.
~~~~~~~~~~~~~~~~~
So here we go.
First off, I recently discovered instead of being 5-foot-4, I'm actually 5-foot-3.
Did I shrink after pregnancy? Who knows.
After years of fertility drugs, I weighed more going into pregnancy than I probably would have liked.
The day I found out I was pregnant, I probably weighed a solid 128-130.
After a couple of weeks of no wine and cheese I lost 5-pounds and was down to around 123-125.
So, when I went in for my first weigh in at the OB I was 125 and I topped out at 154-pounds, the day I delivered, for a total of 29-pounds gained.
I took this first picture when I was 16-weeks pregnant and the 2nd one was at 41-weeks. 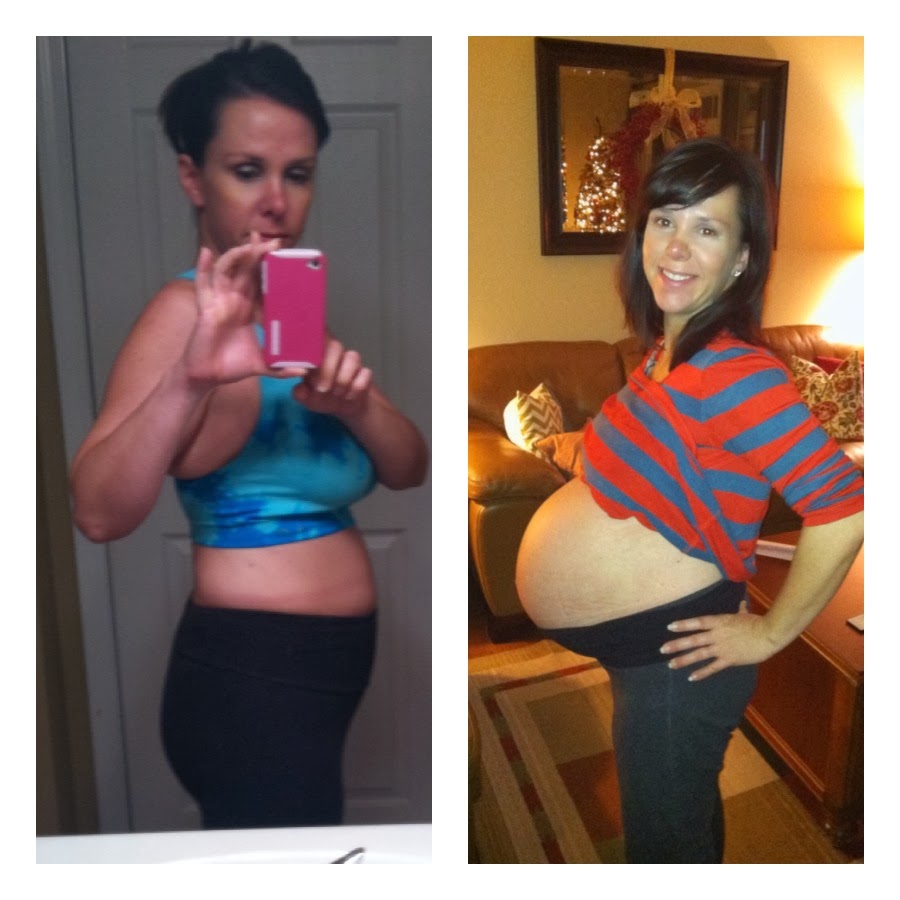 Another perspective, probably weighing close to 122(just a few months after our wedding) in the first and 41-weeks on the right..﻿ 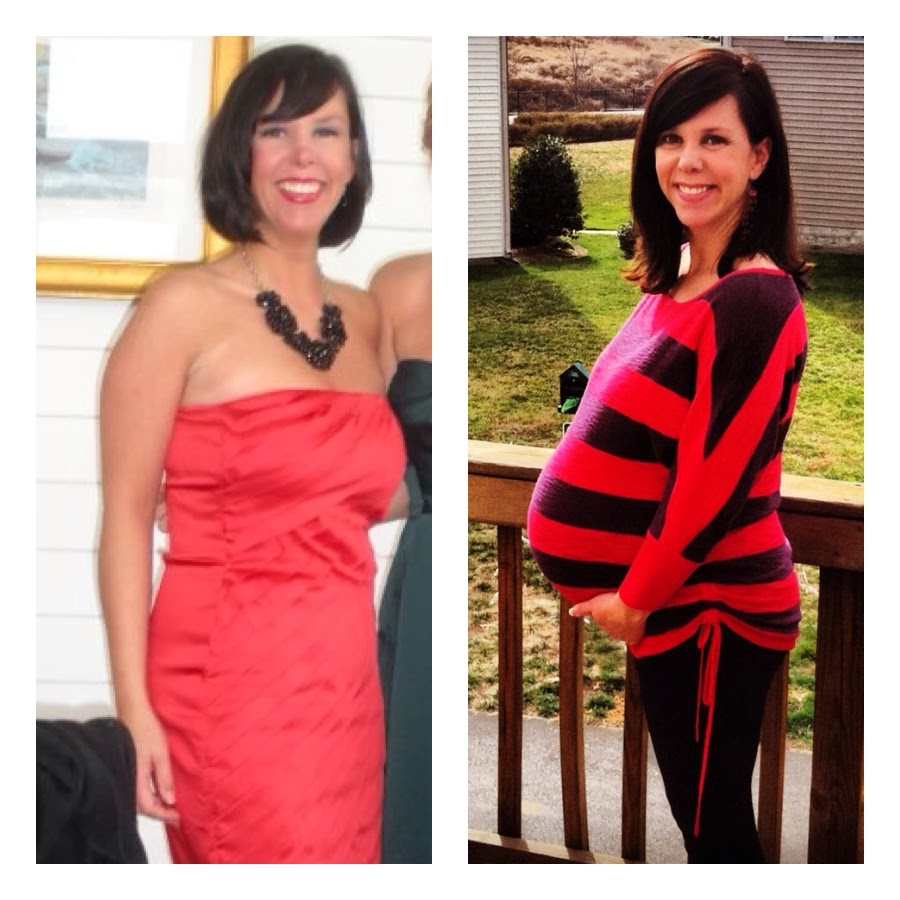 I worked hard in the months after delivery to get the pounds off.
Some easier, than others.
Exercised, cooked healthy meals, you name it.
You might recall, that my last weight post was right around Shelby's baptism in June and I was so very proud of myself for weighing 120-122.
I worked hard to get into this dress at the time and was excited.
I knew I wanted to lose another 5 or 6-pounds though.﻿ 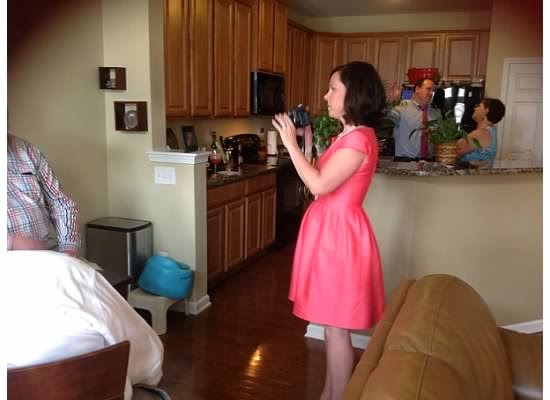 Well, I'm happy to say by late Fall I had accomplished it.
I'm now down to 114-115 pounds!!
(This picture is from me last weekend at my parents.
It's a similar picture as the one above which is why I'm posting.)﻿ 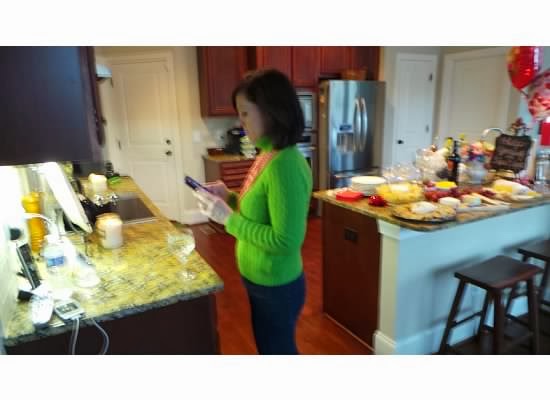 So, how did I do it?
Honestly, it started with stress brought on by an unfortunate set of circumstances involving family members.
Which is also the reason I went private.
But, now that I prayed through that and moved on in the best way I know how, I found that it was easy to eat only until I am full.
Most of the time, that  is half of everything.
I've also found that not eating after 7pm is key.
As much as exercise plays a role in weight loss, I'm here to tell you, it's really about what you put in your mouth.
So, now I'm wearing size 2's.
Thank goodness, my Mom had a bunch of smaller clothes she was able to give me, but I'm still needing to freshen the wardrobe up.
For instance, these 'skinny' PAIGE jeans, I ran out and bought after nearly losing all my baby weight.
Well, now, they don't look so skinny.
They look baggy.﻿ 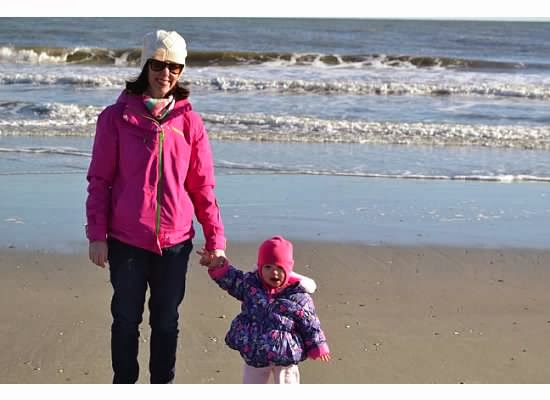 That's okay, though.
All in time.﻿ 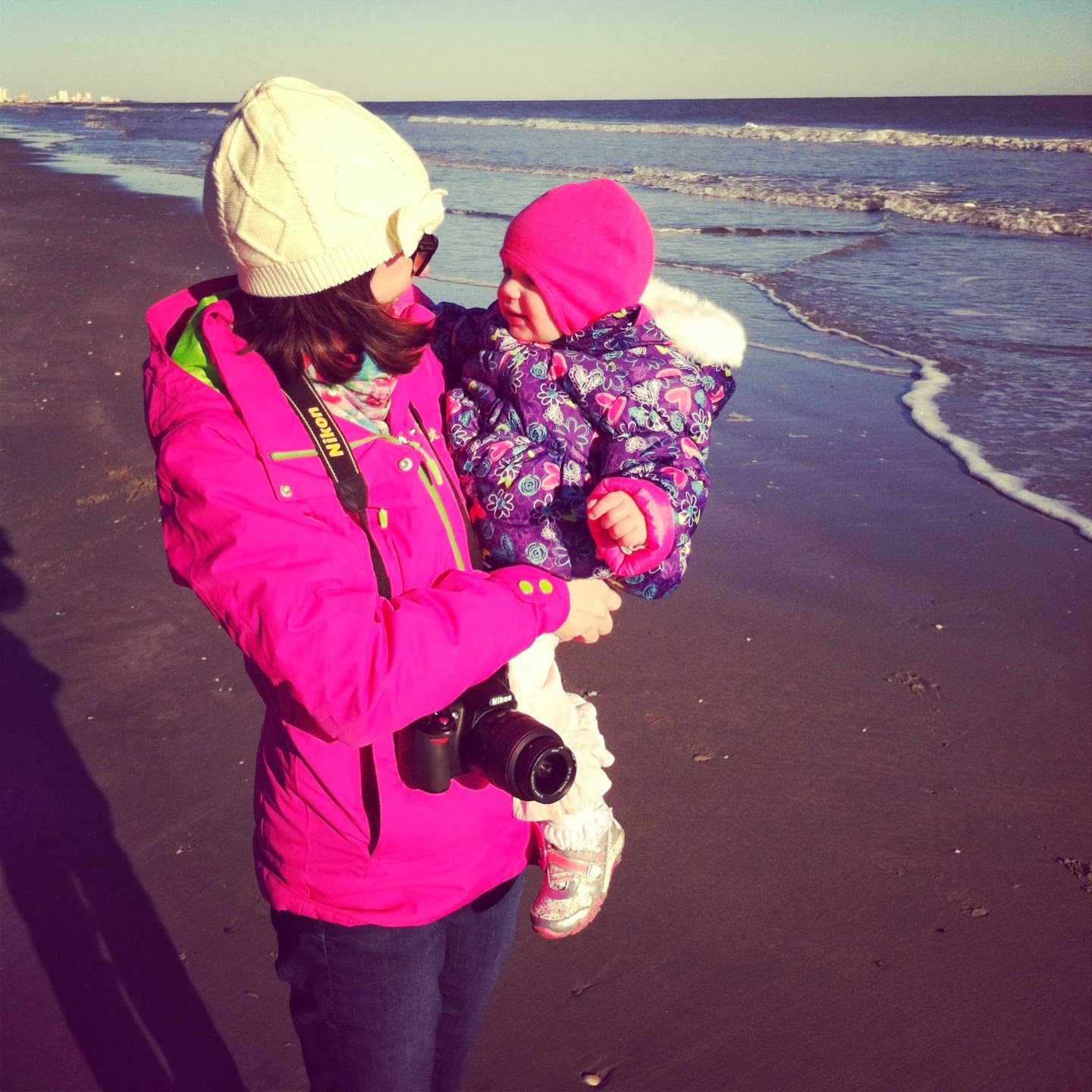 I'm proud to say, I've gotten rid of most of my bigger 4's and size-6's to keep me motivated to keep the weight off.
I'm finding it's actually a lot easier than I thought to not let food rule my life.
It's about eating to live, not living to eat!!
﻿

awesome! you have always been good about moderation.

You go girl! Thanks for the motivation after my baby comes :)

Awesome Dee! I have been working hard to get off weight too! It feels so good once you do it!!

Every time I've seen pics of you lately I said to myself 'wow, skinny Minnie!' Way to go! This is also great inspiration for me come May!

Congratulations Dee! You look amazing and it sounds like you did it the right way.

You look amazing! And you did when you came to visit!

You look great! I can tell the difference. Good for you!

This is awesome, Dee! Good for you for achieving (and exceeding) your goal! :)

I need to work on my healthy eating/moderation skills. I have such a sweet tooth and love baking, so it's difficult for me. I definitely need to take some inspiration from you.

I agree- it's what you put in the mouth - now tell me to repeat that 10 times! I've been counting calories on an ap and when I run out I send myself to bed. I like to go to bed at 11 but I went to be at 6 a nights at weekend so I wouldn't eat lol

A night last weekend. I'm on my phone.

Good for you. You really look awesome. I commend you for your honesty. I've got a LOT to lose after this baby is born. I plan to exercise a lot but really pay attention to what I'm eating.