I've never been big on New Year's Eve.
When I lived in Las Vegas I actually volunteered to work every year.
One - because I wanted Christmas off instead and working in TV news you have to choose one or the other.
Two - I'm not into fighting large crowds.
Three - I find it overrated.
But.... I have done it.
Mainly years I went to see LSU play somewhere for a bowl game.
This year it happened again.
Since our friends got married on the 30th of the December the plan was everyone to stay an extra night and ring in 2012 together!
So, we did just that in the Fells Point area of Baltimore at Bond Street Social Club.
Even though we were a little tired from the shenanigans the night before at the wedding we got 'dolled' up again and hit the town!
I wore a dress I already had in my closet and added the feather earrings. 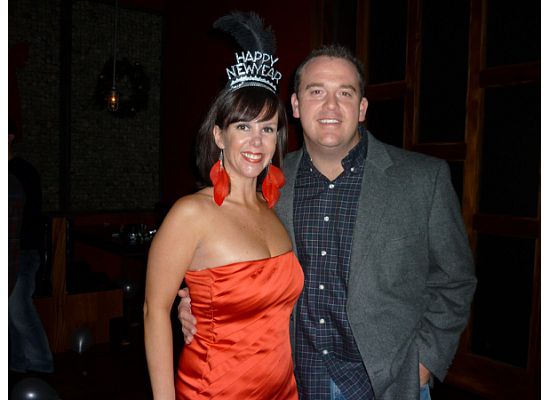 Bond Street Social is right on the waterfront in the Harbor area.
A great area to watch the fireworks at midnight but what was even nicer is that they only sold 120 tickets to get into the restaurant so it wasn't too crowded. 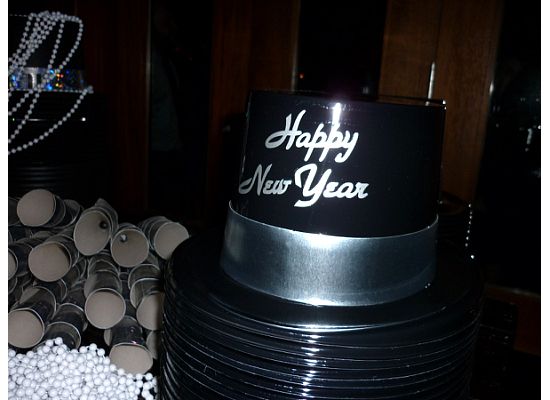 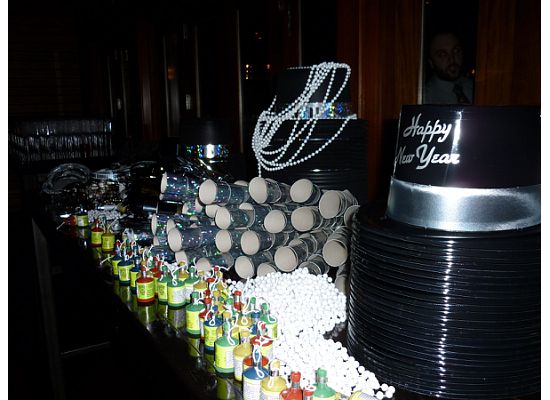 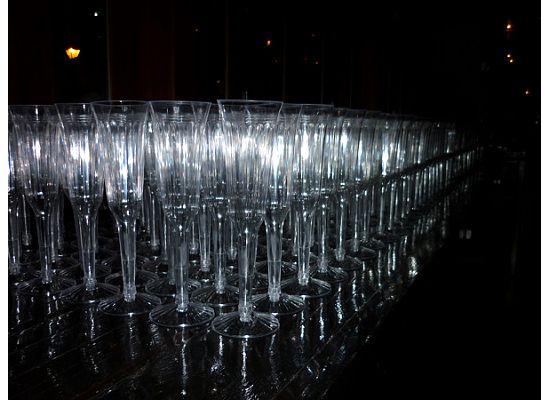 The place was pretty cool. 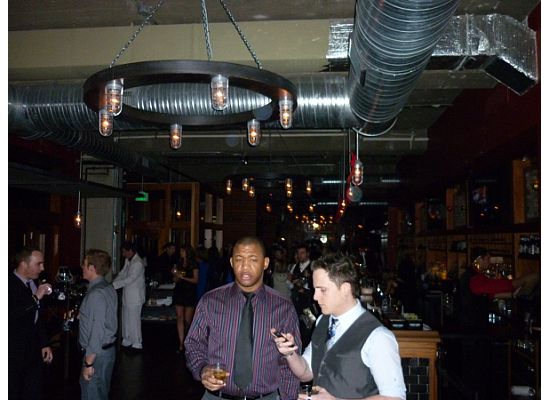 They had several big rooms with fireplaces which was great to keep warm when they opened the whole restaurant up for the fireworks show. 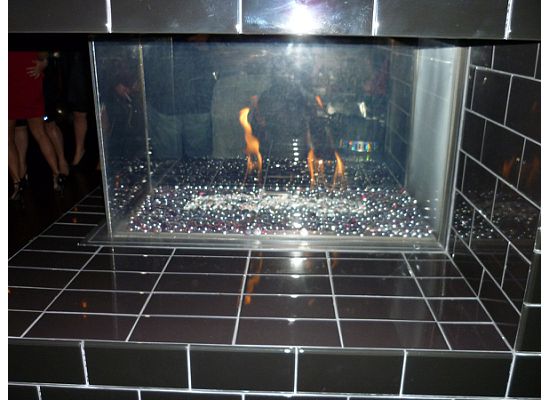 We each paid $100 for a 4-hour open bar including passed appetizers. 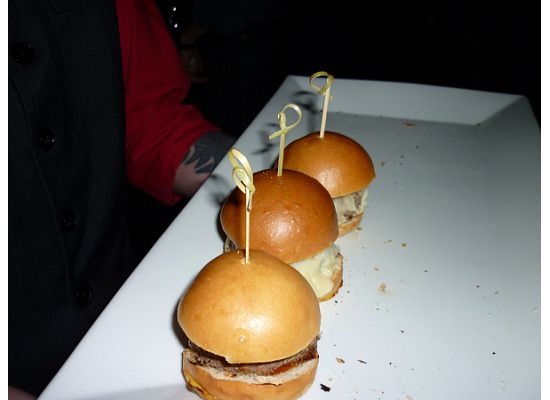 Not a bad deal.
I actually ate the food and it was good! 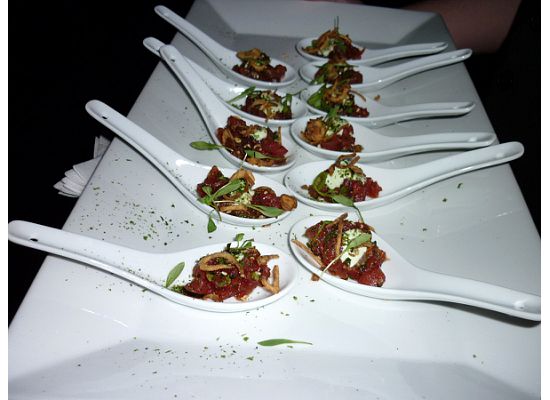 The bride, Katie was out again. 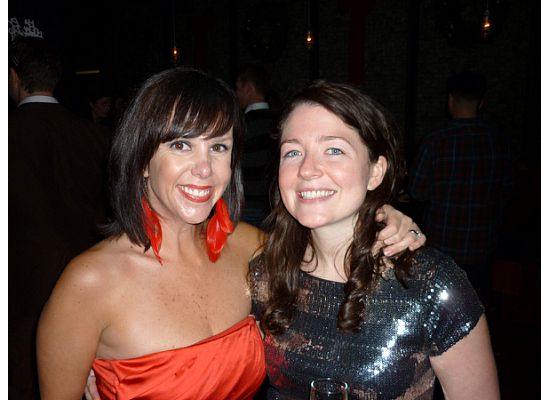 Along with the groom, and most of the wedding party and friends. 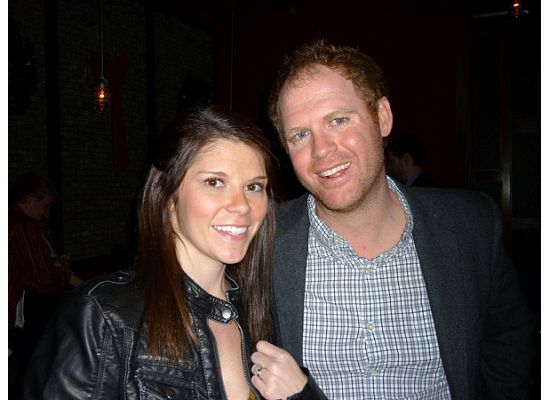 Including the groom's two brothers. 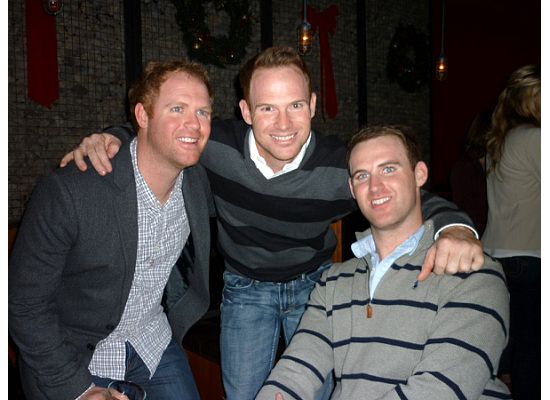 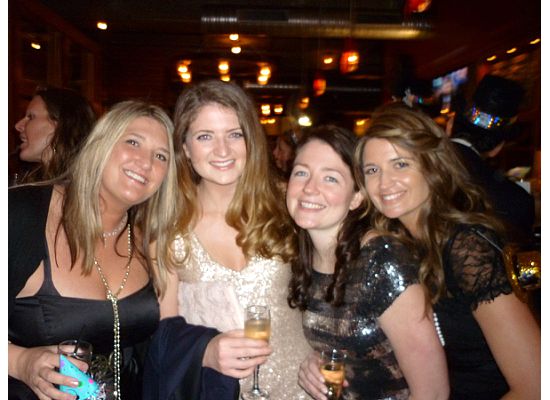 The fireworks were amazing especially since we really didn't get to see a big show this year for the Fourth of July. 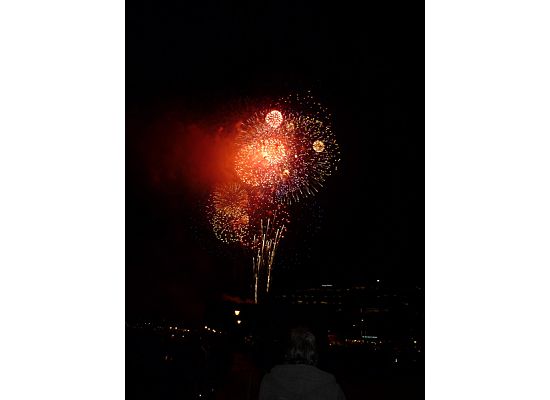 Brad and I both love fireworks. 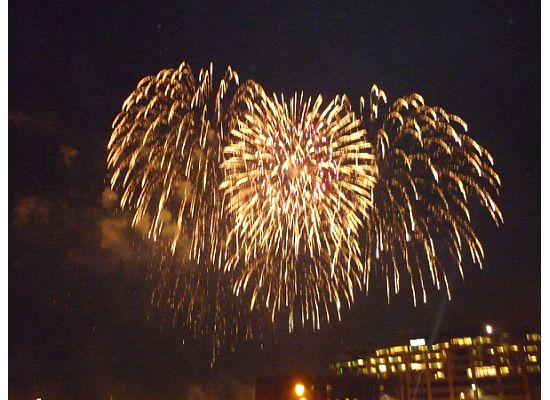 The only bummer of the whole night?
It took us two hours and a LOT of walking to find a cab back to our hotel.
Go figure.
Despite that it was a great time and we had a fabulous weekend in Baltimore.
Would love to go back!
With this post you have survived my recap of all of our holiday festivities and travels!

Girl! How HOT are you in that dress! Love the color on you!!!

You do look fab in that dress Dee!!

Love your earrings and the dress, too!

HOT tamale! You have such fun dresses.