The last time Brad and I visited Kelleys Island together D and Kathleen had us all over the place.
It was a total blast but since we had done that before we all decided to 'kick it' on Kelleys with a day-trip to Put-In Bay one day.
So, on Saturday we started the day out early at the Buckeye Bar to watch a little football.
Holy moly it was hot!
Like 95-degrees hot!
That's pretty bad for Ohio on a Labor Day weekend.
Since none of us expected such weather we were a little low on clothes so I loaned my fav orange dress to Kathleen. 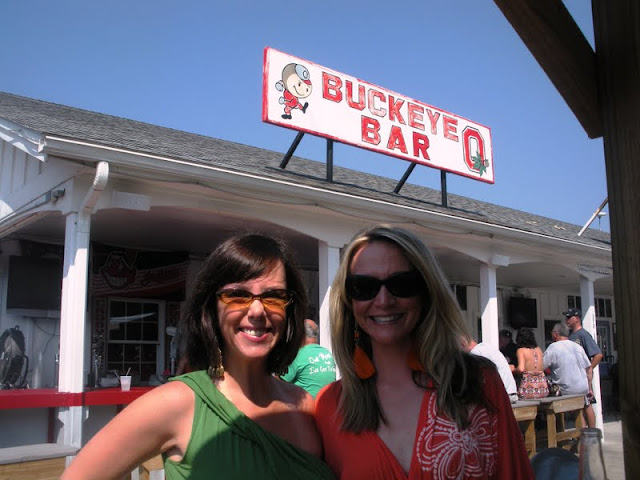 She was digging the feather earrings I had to wear with it.
They were the big topic that day. 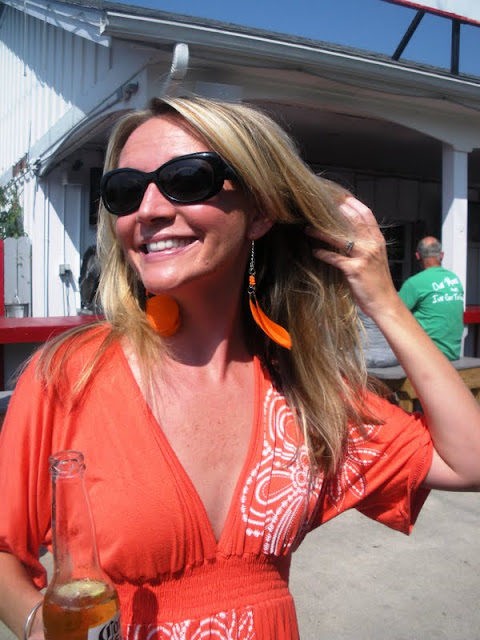 Later in the day we had other friends join us on the island.
As I mentioned we were going to take the Jet Express to Put-In Bay but at 2pm they were sold out until 6:20pm!
That wasn't going to work since we only had a babysitter from 2pm to 8pm.
So, we decided to stay on Kelleys.
We headed back to the Marina area where nice boats were everywhere.
I really loved this one. 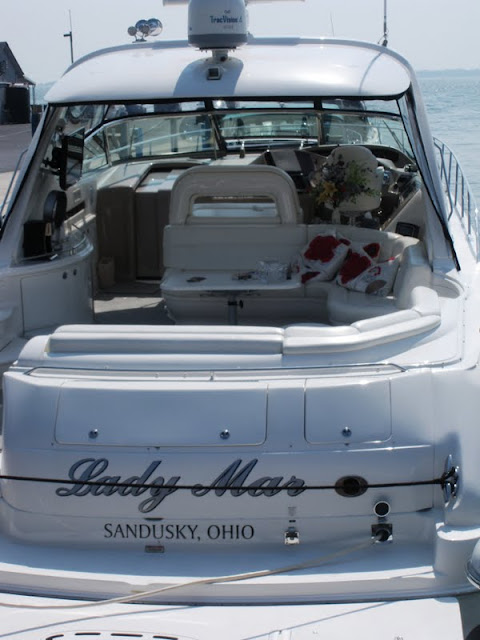 Pictures don't do it justice.
Below istheir air-conditioned living area.
The fresh flowers, pillows, flat-screen.
I love it all. 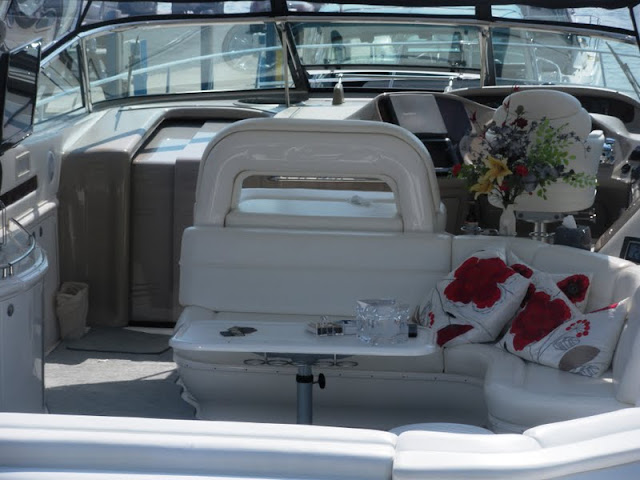 We had a few cocktails with those who joined us. 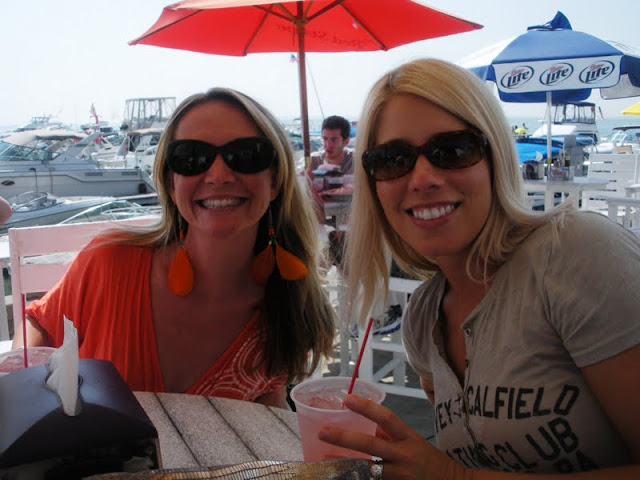 And, listened to the live band playing while watching college football. 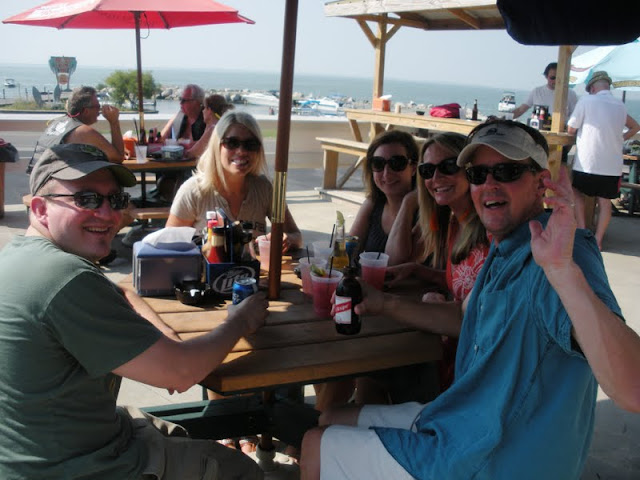 Next stop West Bay Inn.
It too, is on the water. 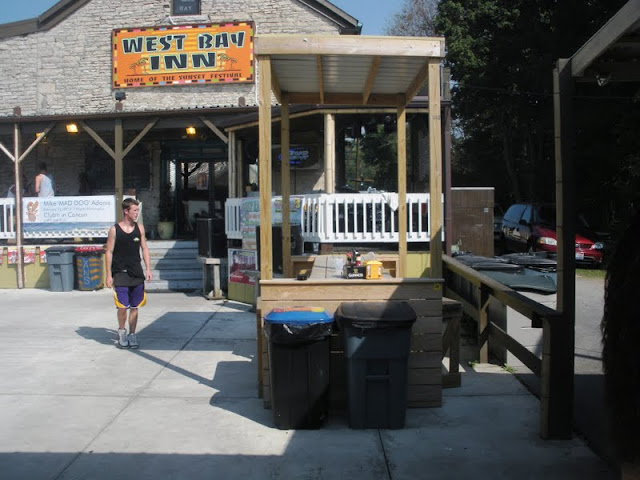 We enjoyed ribs and a few more cocktails. 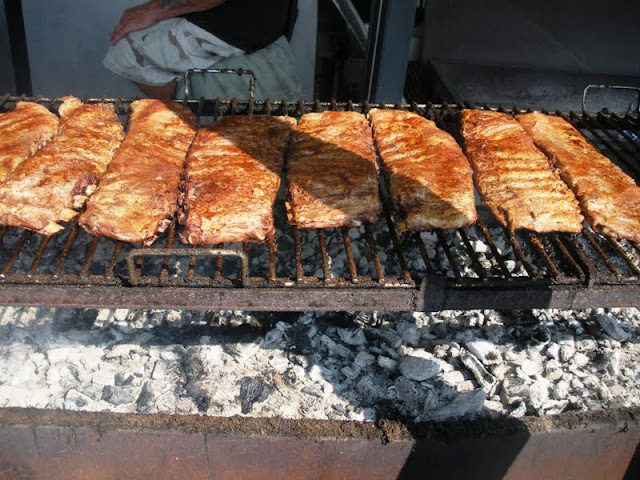 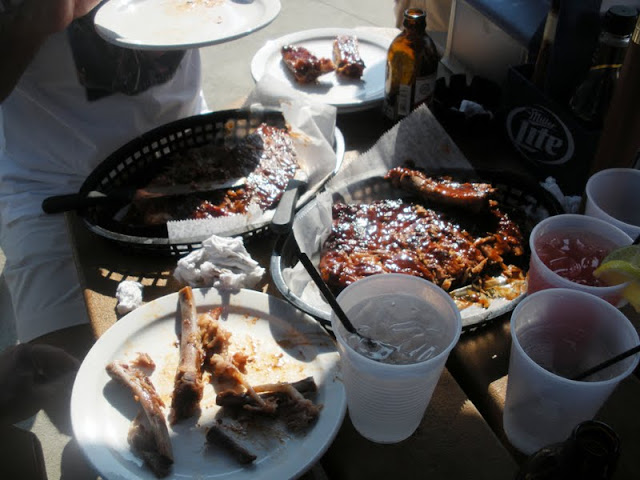 Yes, I did change because I managed to sweat through my green dress earlier in the day.
Again, it was HOT.HOT.HOT! 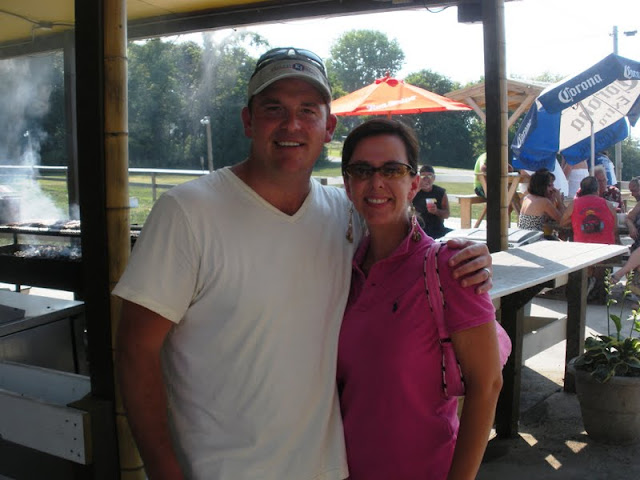 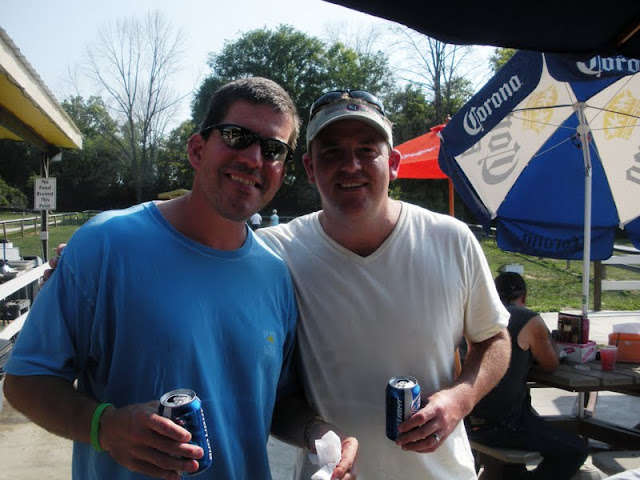 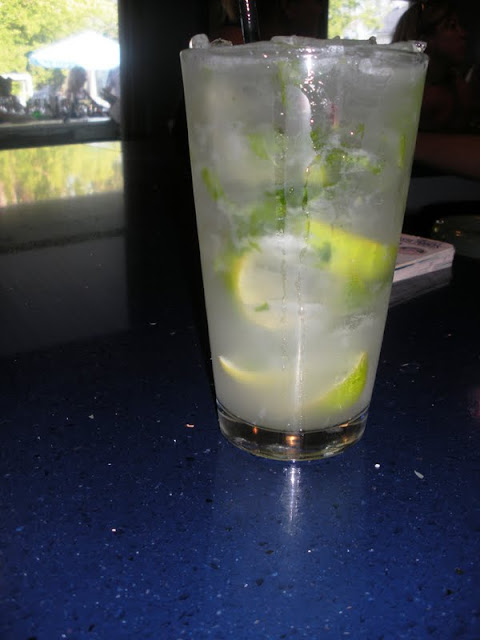 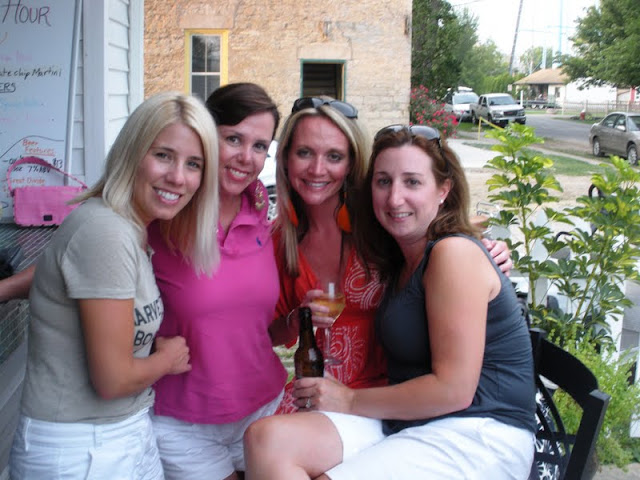 And, of course Kim had to try on the feathers before it was all over. 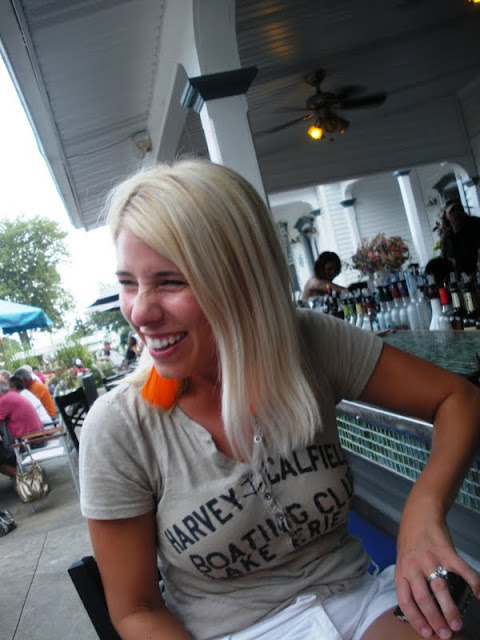 I ended my night at home watching the Tigers beat Oregon.
Good Times!
Hope you're not too bored.
One more day than it's on to other things!
Happy Wednesday!

Anything that includes a boat is heaven! xoxo

Not bored at all!

Love those feather earrings. How fun!

And, how great was that game? Heaven!

Loan that orange dress to me, I love it!!! (If only I was your skinny size!)

woohoo - sounds like u had a great time - whenever there's water, boating, booze, and sun - HOW can ANYONE complain?!

What cute pictures! Looks like so much fun (just like your orange dress!). Sad that your trip out here didn't pan out though . . . maybe in the future! We can meet at Cakebread. :)

Love your dress. Love the ara. What a great adventure. Loved the Buckeye bar.