I had a night out with girls last night.
I know...I know..
A Tuesday night?
I even shocked myself venturing out on the town on a 'school night'.
Monday night my friend Amanda called and said she had free VIP tickets to see the Goo Goo Dolls.
Giving that I rarely turn down anything free, I said 'yes'.
The show was held at the NC Music Factory that houses two live music venues.
The Filmore and the Uptown Amphitheatre.
The VIP lounge is housed in the Filmore on nights that the Amphitheatre hosts the show.
Here Amanda and I are inside.
Note to self: get a swimsuit top that won't show such terrible tan lines. 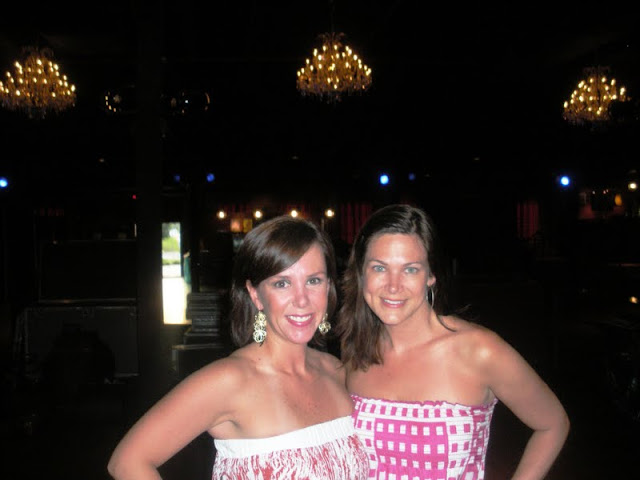 Michelle Branch was the opening act.
The last time I saw her she was still with the band, The Wreckers, but I guess they aren't together anymore.
She's still good and just as she sounds on her tracks. 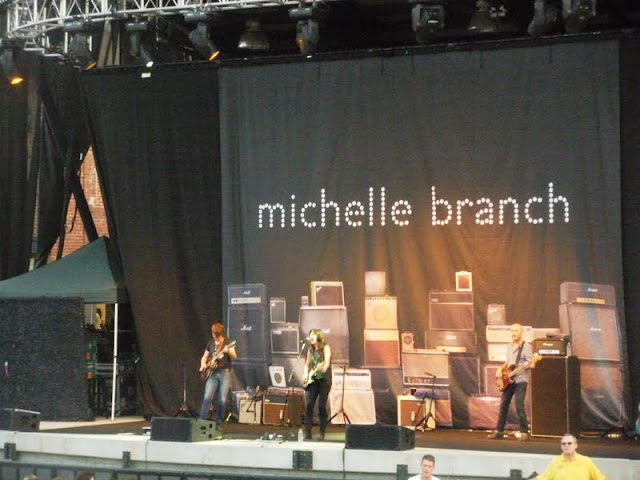 The venue wasn't full for her performance but it filled up later, making it a packed house. 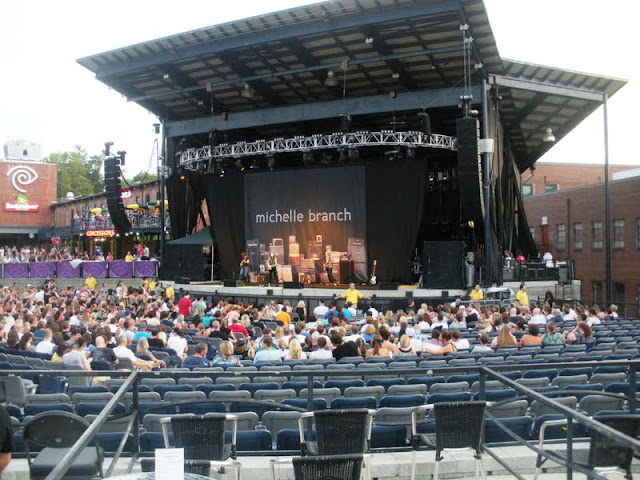 Here all of us girls are.
Yesterday was cooler than it has been so last night wasn't terrible being outside. 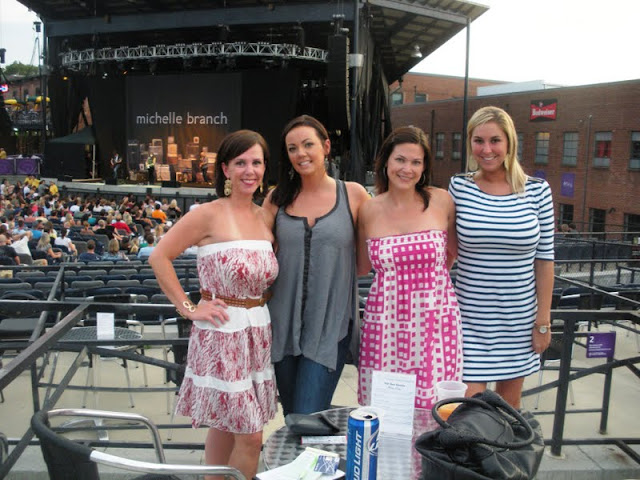 Then the Goo Goo Dolls took stage and they were awesome!
They played every big hit they've ever had and then some.
Their songs brought back so many good memories. 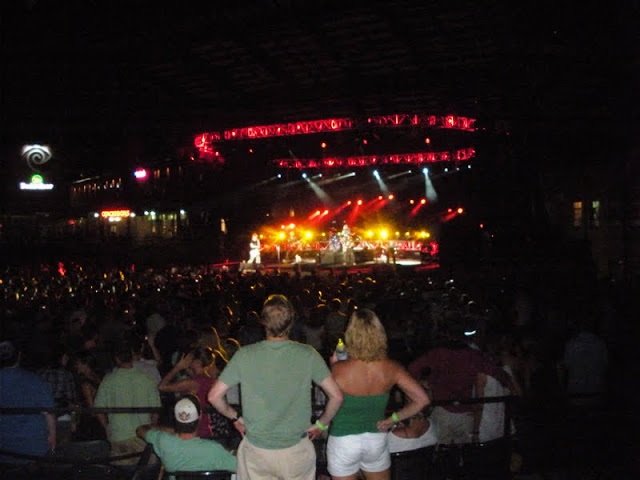 They too sounded just as they do in their recordings.
I say that - because it's a pet peeve of mine to see someone in concert who sucks live.
Such as -- Nelly Furtado. 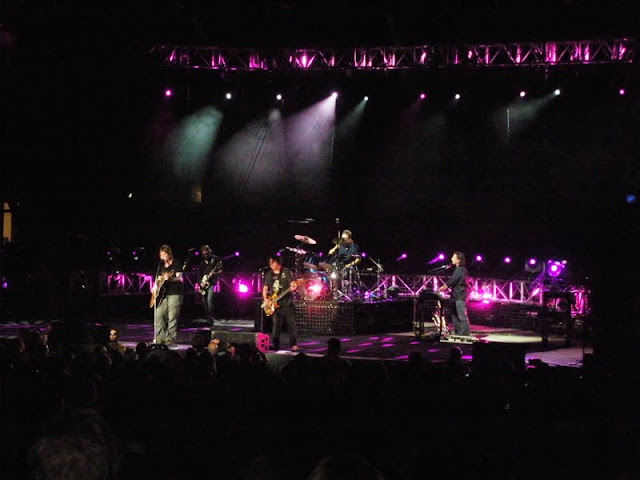 Good times were had by all!
Amanda has VIP tickets for Tim McGraw tomorrow night and Brad and I just might take are taking her up on that one.
I love me some Tim.
Being that he's from Louisiana and all.
He puts on a good show too.
Tootles for now!
Happy Humpday!
Still reading my affirmations!
*SMILE*

Last minute girls nights are always the most fun! Didn't you meet Brad on one of those??? xo

woooohooo - u look fab babes!!! - i love Tuesday nights out - WHY not everynight?!

Loved your comment about going out on a school night - sounds like me! Love love love love ... can't say it enough - TIM!! You should go, he puts on a great show, I have seen him a few times!! So jealous Dee!!

Love that first pic of you! You're all glowy!
Love girls nights on weeknights ;)
Just read your last post, too. Love the affirmation card idea- totally doing it. Miss ya!

You know I love a good show. Glad you had fun!

So much fun! I love hearing songs that take me back to a special time or memory. Get your TIM on!