Way before I started blogging and working in Corporate America, I produced this little show.
Some of you in Charlotte might be surprised to know that I was one of the lead producers who actually helped create this show.
I bring this up because today's post reminds me of a topic that I would have pitched to the crew for a 'topic' of the night.
The topic being:
Movie and TV Remakes - YAY or NAY?
It seems to be a big trend right now.
The most recent being that they're remaking the 1987 classic, Dirty Dancing.
Yes, it's true, and I think it's ridiculous.
This is one of the best movies of all time and I can't believe they're going to taint the original with a remake. 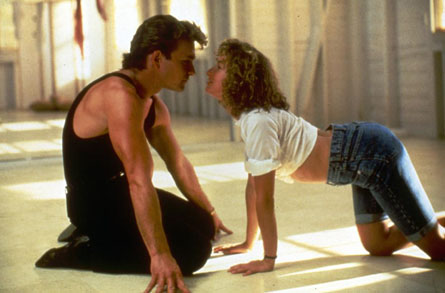 There's also word that TNT is getting ready to remake/bring back, the 1980's hit show Dallas.
What's even crazier about this one?
Larry Hagman(JR), Linda Gray(Sue Ellen) and Patrick Duffy(Bobby), are all coming back and will appear in this new series. 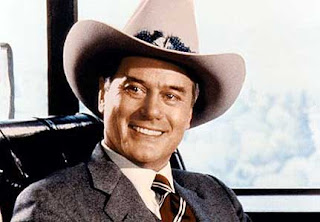 And...I've noticed that there's already a movie trailer in circulation for the remake of the classic movie Footloose.
It doesn't look nearly as good as the original. 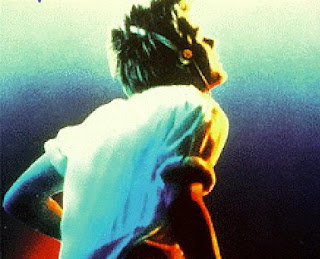 It's real simple.
Are you YAY or NAY on remakes?
You can probably figure out my stance by now.
Comment Away!

Because the orginal cast is coming back for Dallas, and the storyline (from what I've read) picks up with the new generaation, I'm up for that! However, my 2 high school friends and I were JUST discussing the Dirty Dancing remake this weekend. We're boycotting it! No one puts Baby in the corner...AGAIN! HAAAA!

For the most part Nay ... hadn't heard about all of these remakes.

Nay. Although I will probably watch them all out of curiosity. I do think it's huge disrespect to Swayze though.

I would usually say nay but I have never seen Dirty Dancing (I know, blasphemy!!) or Footloose so maybe it will kick me into gear to watch them.

Nay, the remakes are never as good as the original!

I'm actually excited to see Footloose. Maybe b/c I'm nostalgic for the old one. I think it looks less than miserable. Time will tell.

I can't see being successful with a Dirty Dancing remake. It's just too good as is.

Nay for sure! Footloose and Dirty Dancing favs of mine and can never be replaced. There is no way either of these new films will be able to match the feelings these two films stirred inside me.

I'm pro on Dallas since they can use so many of the original cast members...it's more like a sequel than a remake.

I read a Q&A with Larry Hagman in the NY Times magazine on Sunday. Did not realize what a wild man he was -- he is pretty open about drug use.

nay on these for sure. you cannot redo footloose. okay?

NAY!!! I think they should come up with some new ideas and leave the 80's classics alone! It will ruin the sentimentality that we all feel with a good 80's film.