Prayers for the Pooch

Hi blog family and friends.
If you could do me a favor tonight and say a prayer for our nearly 10-year old beagle Buddy tonight.

This past week I knew something was wrong with him and he was in pain because he was physically shaking.
I took him in and it turns out he has degenerative disc disease.
He's had an issue with his neck and back before(it's common with this breed), but after about a week he was okay.

This time, it's different.
The vet has really put the fear of God in me and I'm very worried about his condition worsening leading to paralysis.

Sooo... there are some big lifestyles changes being made.
Buddy is on strict bed and crate rest for the next 4-weeks and he's on a slew of drugs.
Everything from steroids, pain killers, antacids and more.
I literally had to make a chart to keep up with it all.

He's not allowed to walk up and down the stairs on his own.
(we live in a 3-story town home, so guess who carries him up and down?)
And, no more playing fetch.

All this went down this past Friday. 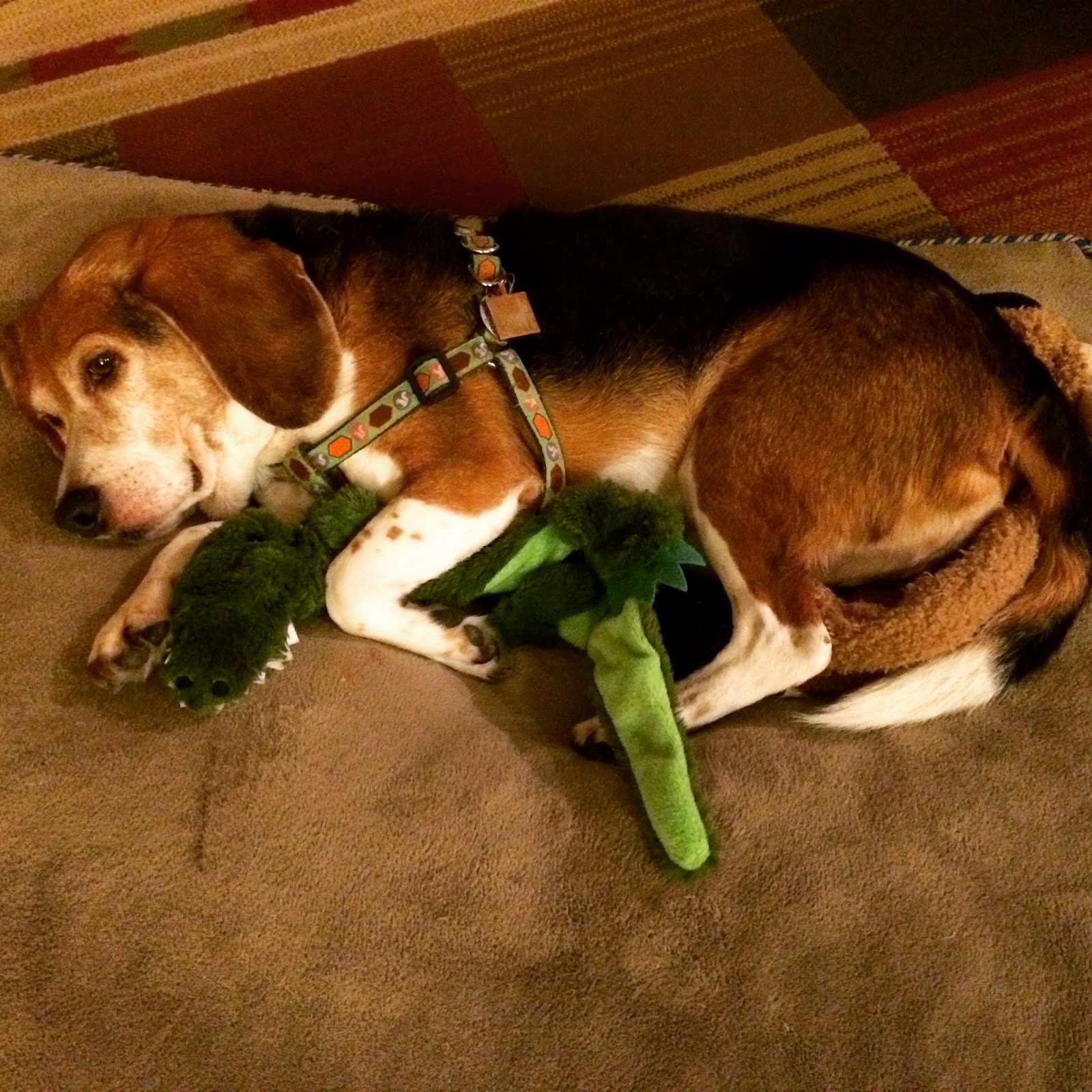 One of the hardest parts is trying to make Shelby realize he can't play like he use to.
She totally got that he wasn't feeling good and it was very cute to see her try and console him. 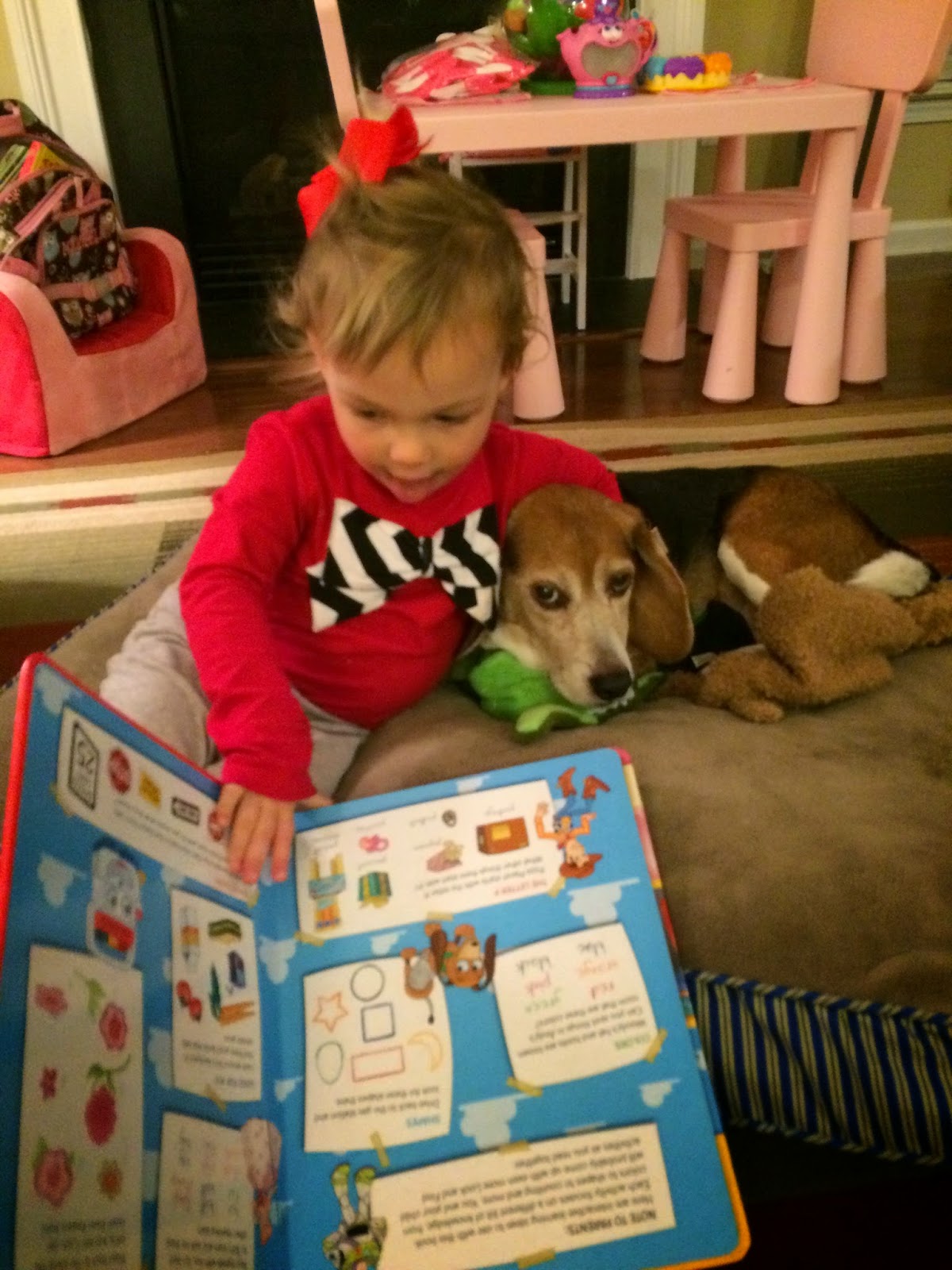 I'm really mad at myself for not restricting him more during the day while we're at work.
I know that's when he's done the damage.
Couch surfing and bed surfing.
UGH.. 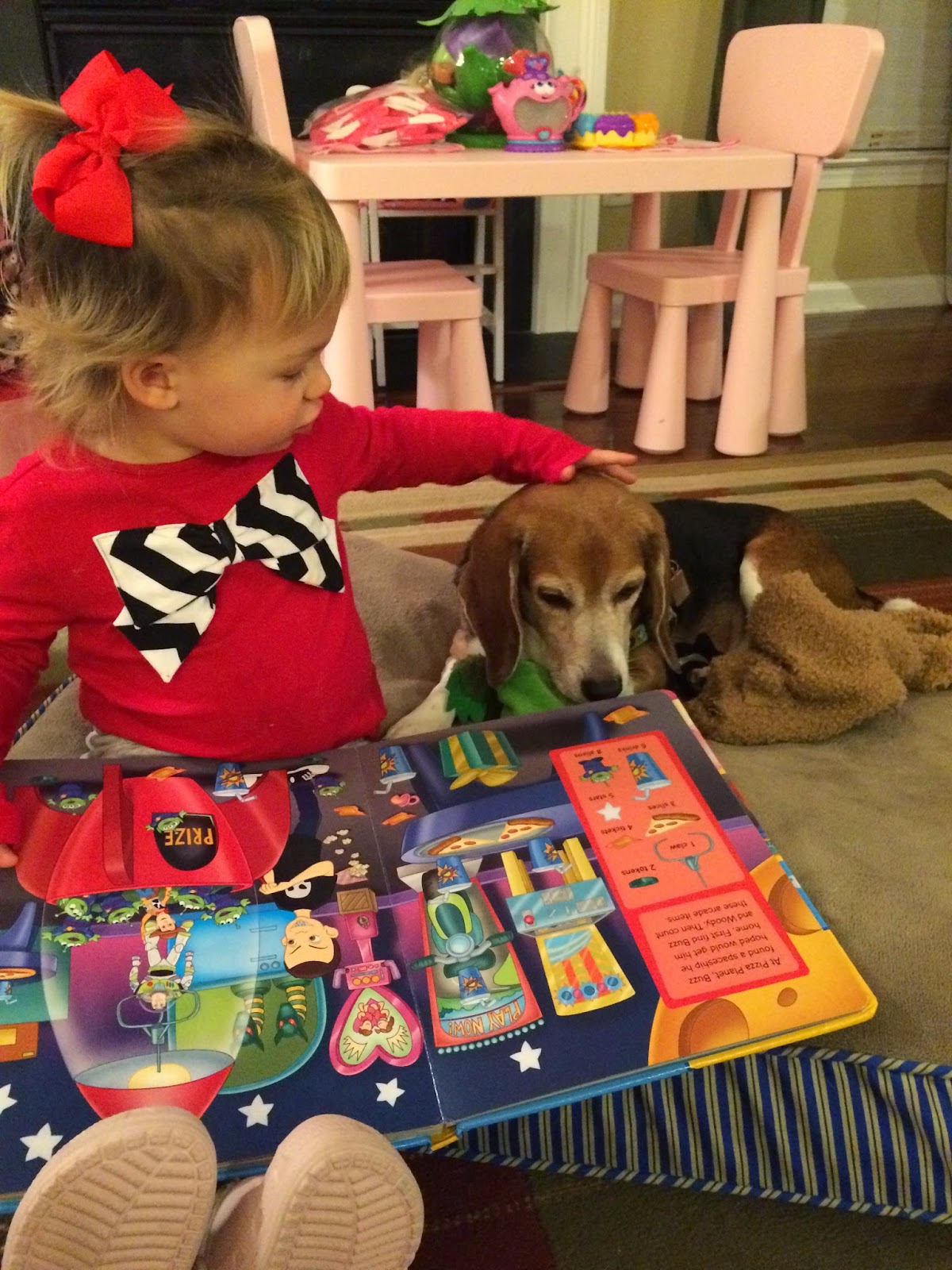 No more of that though.
After 8-years of freedom he's back in a crate for 9 hours a day per doctor's instructions. 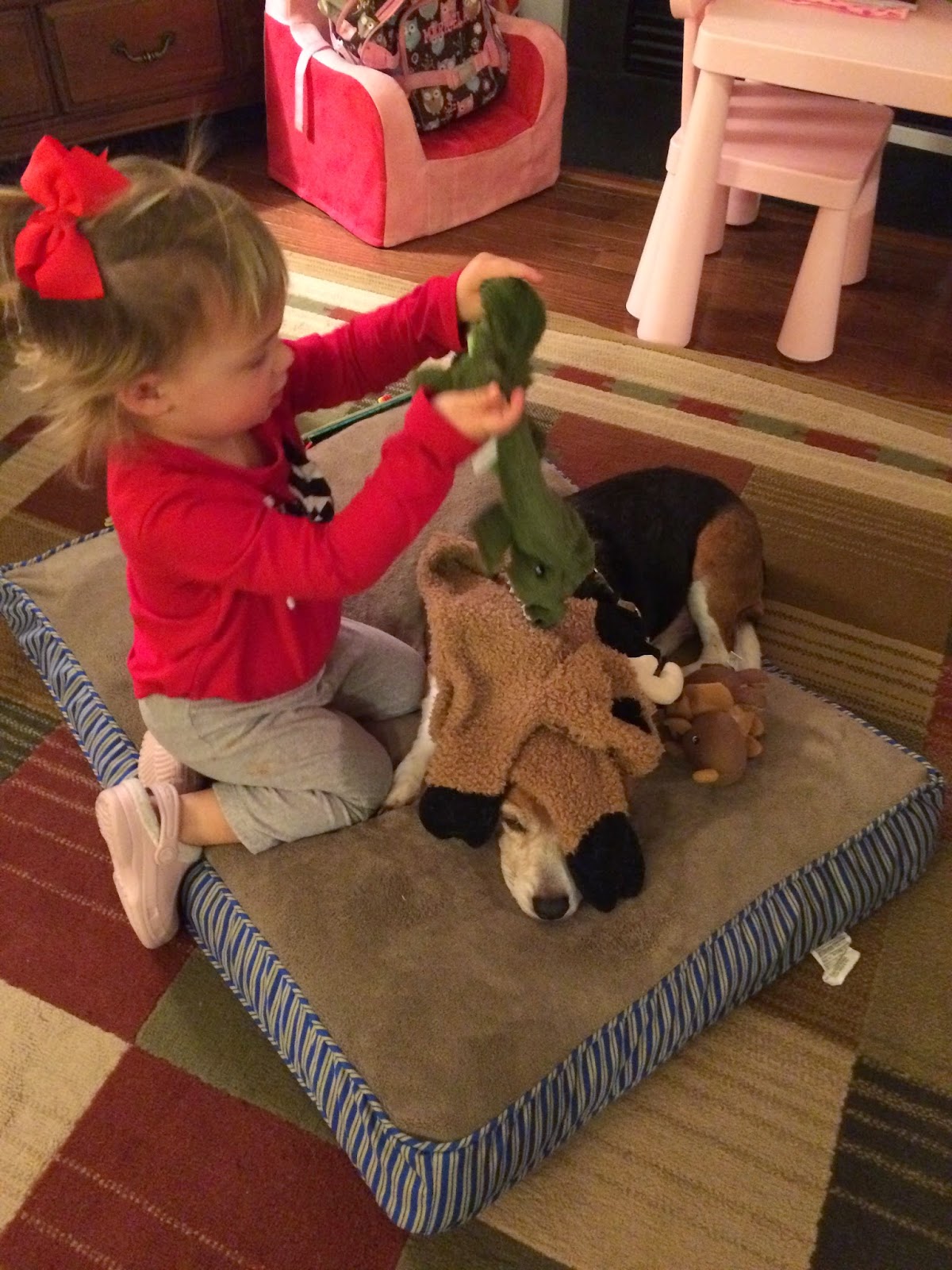 From what she says, and everything I've read, that is the only way he is going to get any better.
Rest..Rest..REST..and medications.
So, that's pretty much what I've been dealing with.
Waking early to give meds, making sure he doesn't have accidents in the house due to steroids and increased thirst, carrying a 30-lb dog up and down flight after flight of stairs.
I'm just hoping our dear pooch can live several more years.
If his condition was to worsen and he is to lose use of his hind legs due to a ruptured disc we could be faced with some pretty big decisions.
Either a back/spine surgery to the tune of $5K or having to put him down.

Pretty depressing post, but it's weighing pretty heavy on me right now because Buddy has been with me through the last decade and I love him very...very much.
I might be overreacting but I'm trying to take this as serious as I can in order to prolong his time with our family.

Poor Buddy! Definitely will be praying for your family as you deal with all this!

it's so hard to see them age, but I think Buddy has more good time with all of you.

Poor Buddy! Thinking of you all, definitely know what it's like to have a pet as a member of the family!

Prayers going up for Buddy! I was so sorry to see this on your Instagram. It is so hard when our pets start getting older.