Life has been good lately.
We've really settled into a decent routine and I expect it to only get better as the weather continues to warm up because that means we're going to spend more and more time outside.
Our HAPPY place!
So, here's a little update on what's been going on around here.
~~~~~~~~~~~
Brad put Shelby's exersaucer together this weekend.
He was overwhelmed at all the little pieces it took to put it together. 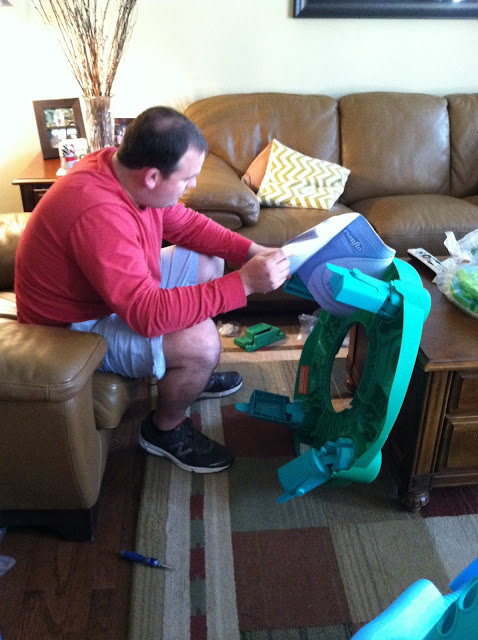 Baby girl LOVES it even though we still have to stuff a blanket in there with her to prop her up.
It's so fun to see her touch and play with everything on it and she gets so excited!
I sometimes, look around at her toys and wonder, how do these creators come up with these ideas?
It's all brilliant. Not sure what they did back in the old days before all of these contraptions. 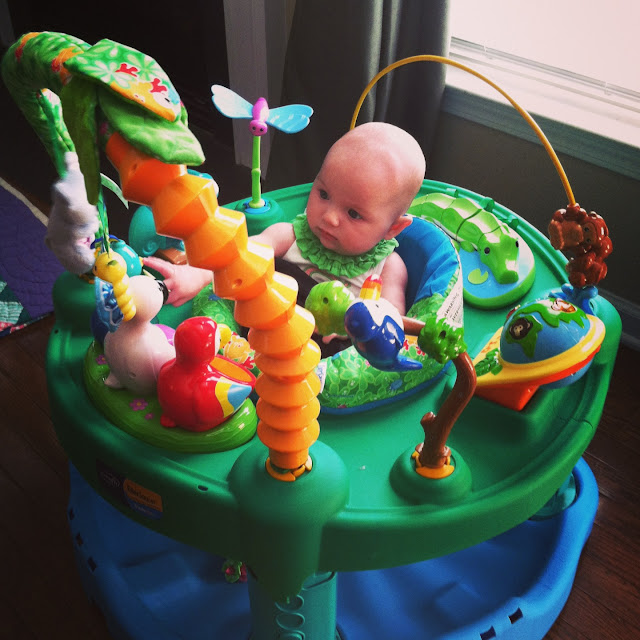 As I mentioned, we've been spending a lot of time outside on the days that it has been nice. 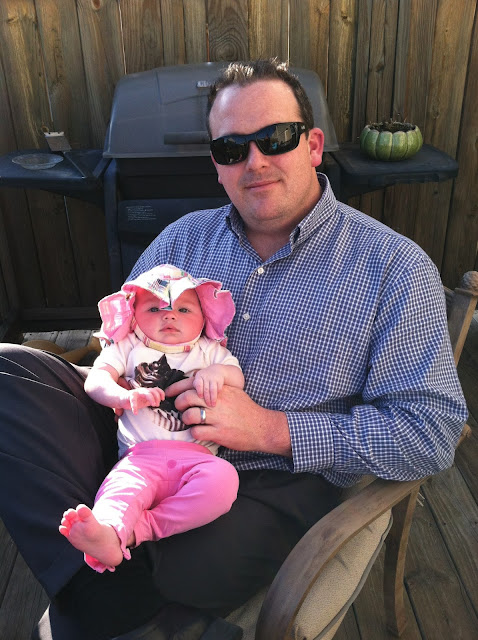 Miss Shelby loves it.
This hat, was the very first thing I bought for her after I found out I was having a girl.
Bought it at the Hotel Del Coronado in San Diego.
Thanks to CoCo for Shelby's cupcake onesie. 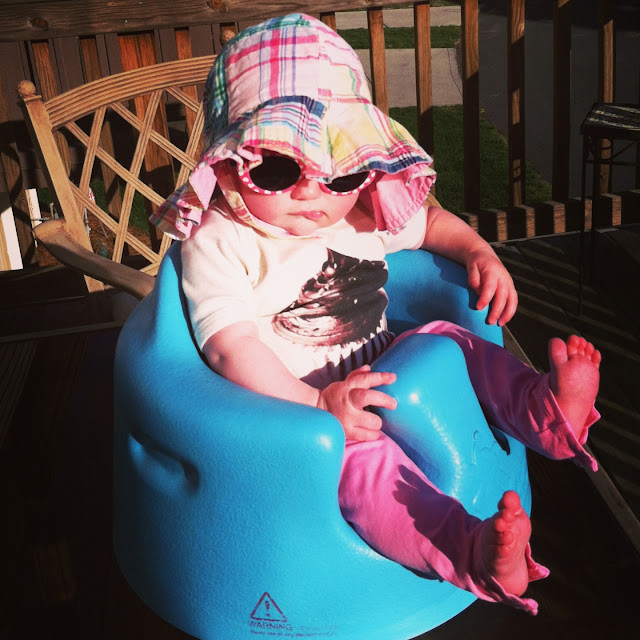 With it getting warmer, we're excited for the Farmer's Market to be back in full force.
We took our first trip there for the season this weekend but were bummed to see that the local farmer's aren't out yet.
Maybe next week? 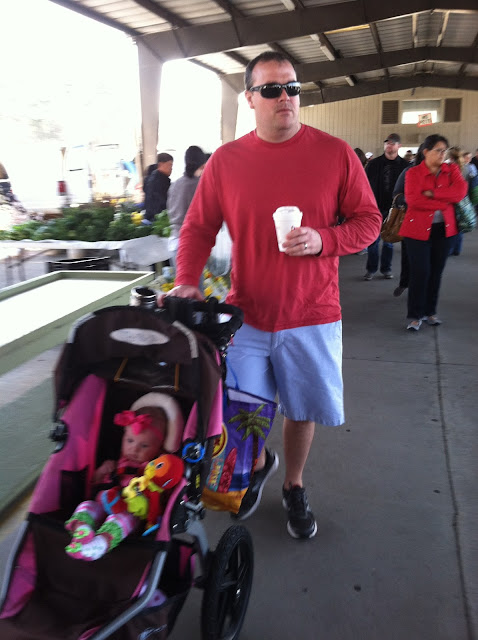 I'm still crazy about dressing Miss Shelby and I'm still lucky to find awesome clothes for her on some of your blogs!
This is one score from the closet of Miss Stella, from Pink Preppy Lilly Lover.
Love me some pink and green!! 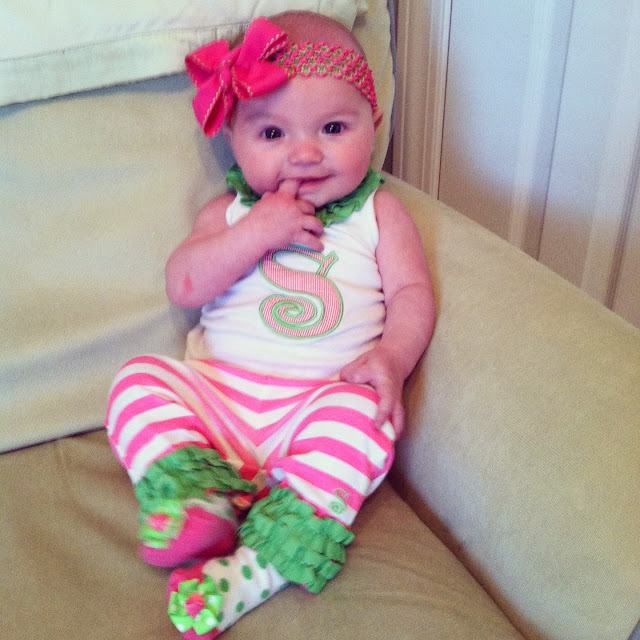 For myself too!
Brad was nice enough to be on baby duty as I went out Saturday night for my friend Kelli's birthday.
So fun to get dressed up and go out! 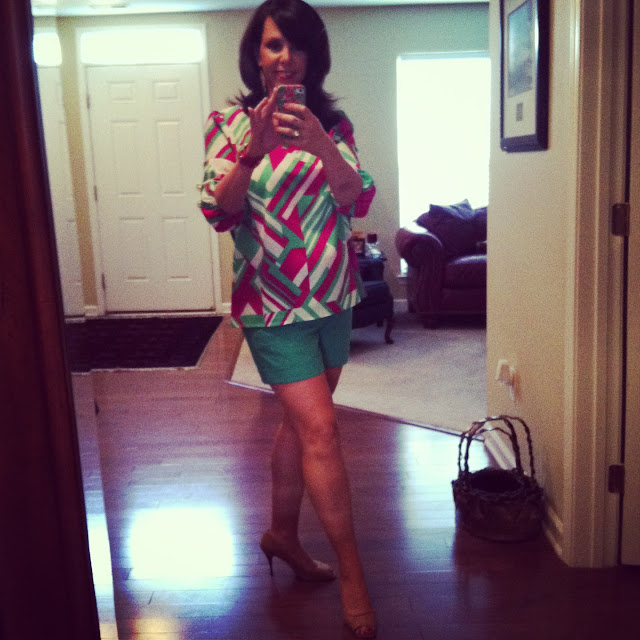 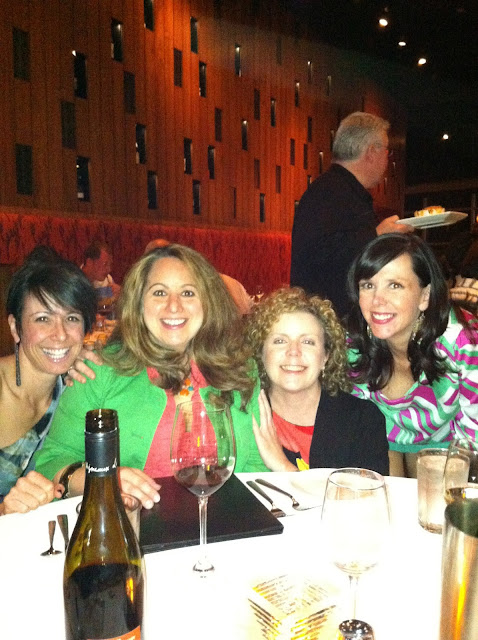 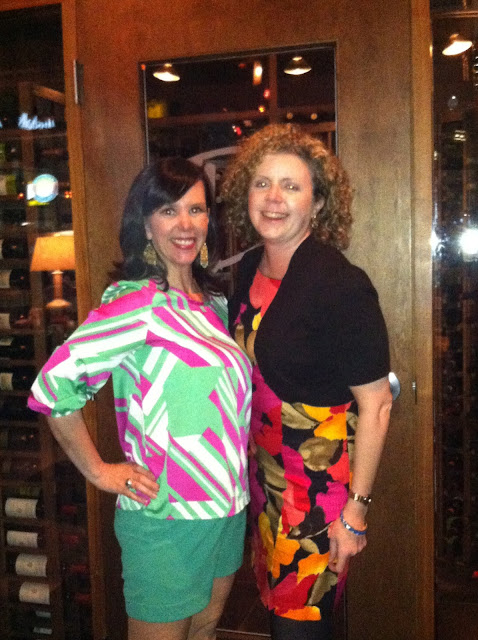 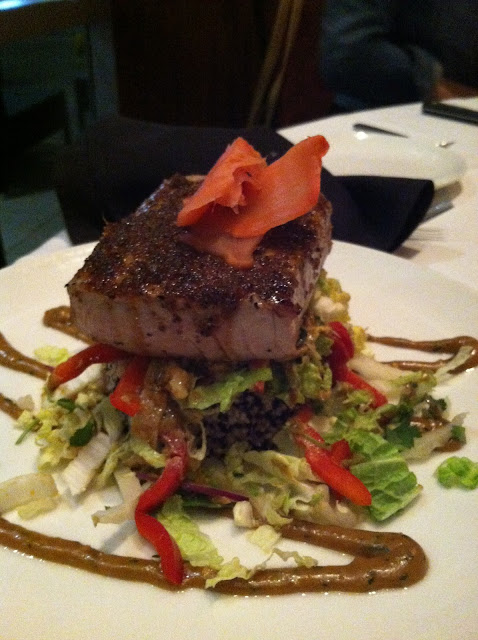 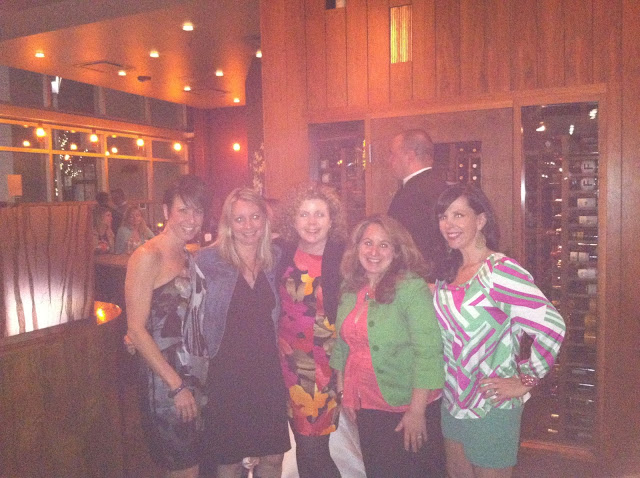 (BTW - can you tell I got tons of layers cut into my hair? I was tempted to cut it all off but got talked out of it. I like the new style.) 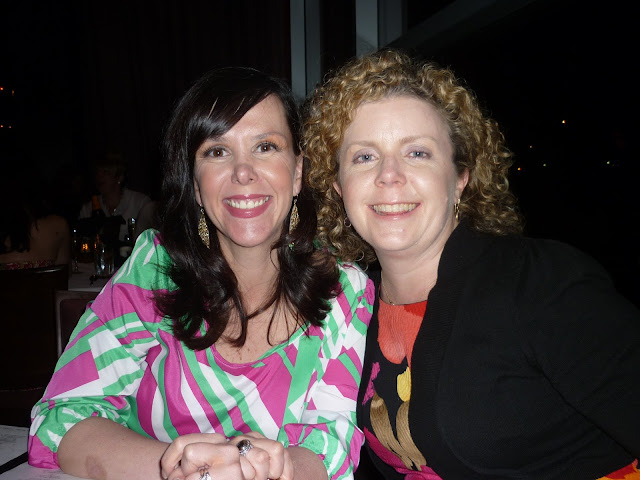 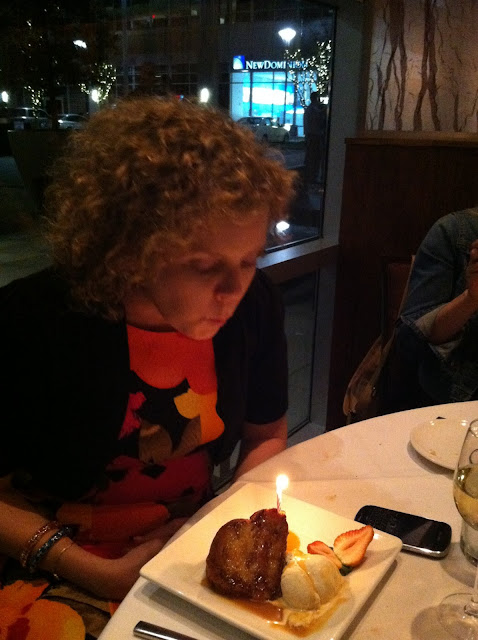 I didn't make it a late night because I knew we were going to early church this morning.
We were up and at church for 8:30am.
It was Shelby's first time in the nursery.
Girlfriend spit up right when we walked in.
Fab! HA!
She did great though, we even managed to have breakfast out at a restaurant after church and still made it home for her 10:30am feeding.
That's what I call a productive morning!!
Doesn't she look just like Brad in this picture?
I think so.. 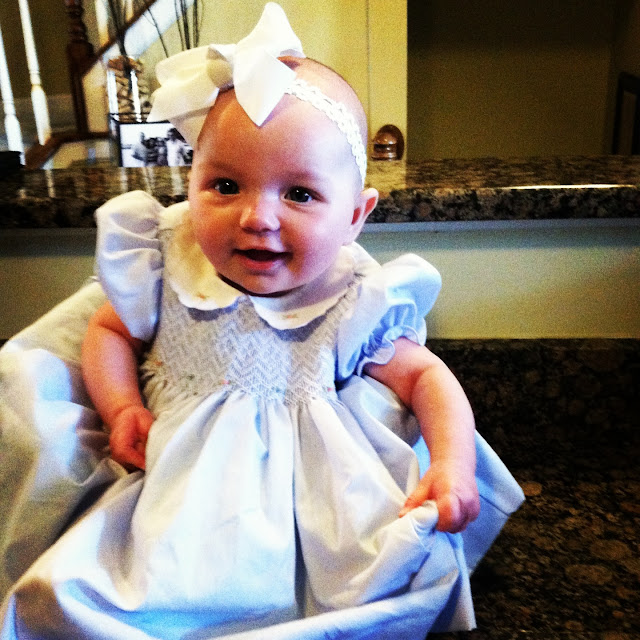 And, that's what's been going on around here aside from being in search for someone to do occasional sitting for us when we want to go out now and then.
We got a name of a former teacher from Shelby's nursery school, so we're going to give her a call!
Happy Sunday friends!!

I love your sassy shorts!

Love your outfit and hair! Of course love miss Shelby's, too. We have the same exersauser- hope to convert it to the activity table when we move into our new place. Hope you have a great Monday!

You look fabulous my dear!

She is seriously the cutest little thing ever!!! That hat and sunglasses are so her! Love it! And girl you look fabulous!!! I'm dreading shorts :/ ha! And your haircut looks awesome too!!!!

Thats a great outfit from Stella! Cute!
We had that same exersaucer. My SIL came over with the twins when Anika was just a couple weeks old and I told her she could set it up for the twins- IM SO glad she did it! haha. looked complicated. ANika never did use it without a big book under her- short little thing.

Cute in your shorts! Your hair looks great. We made it to church yesterday too. Finally!

Having a baby is so much fun! Love seeing little Shelby doing new things.

It's snowing today in my neck of the woods. SNOWING!! :( :( I just want to play with Mia outside but noooooo! I can't WAIT for warm weather!

Your new haircut looks great and I love the pink and green shirt you have. Shelby of course looks adorable, especially in that last outfit.

Have a great week!

Look at your hot momma!!

And I love pictures of dads putting toys together, so cute.

She is just adorable!! I love her sweet smile.

And please tell Brad that the exersaucer is just the first of many things to put together! Just wait til she wants that first kitchen. That's a fun one. It took Trey a week to put that thing together :)