Thinking Pink and One of the Bravest Women I know

From stores, to the NFL field - you would have to be living under a rock not to know that October is Breast Cancer Awareness month.
I've always been a big supporter in the fight against breast cancer but it wasn't until a few years ago that it took on a whole new meaning.
In September of 2010, my sister-in-law(married to Brad's brother),was diagnosed with Stage 2 breast cancer.
None of us could believe it at the time.
Robyn, who has been featured on this blog quite a bit, is my age, which at the time was 34.
How could someone so young get breast cancer??
A wife and mother, the kids were 2-years and 4-years old at the time she was diagnosed.
I'll never forget the night Brad got the call.
He got off the phone and had this bewildered look on his face.
He said, "That was Jeff, and they've found a lump in Robyn's breast, it's cancer."
I was in tears and Brad was just mad and sad all at the same time.
None of us could believe it was true but it was.
But from that very day Robyn stood up and decided to fight like she had never fought before.
Her bravery and courage was there from the beginning.
She first decided on a double mastectomy instead of just a single, then she did weeks and weeks of chemotherapy, losing all her hair, eyelashes and eyebrows.
All while taking care of 2 small children and still being the best wife, friend, SIL, DIL, daughter, sister and Mom she could be.
After months and months of treatments and procedures Robyn was finally pronounced cancer free!
A huge party was thrown and life was good!
Later that Summer she underwent reconstructive surgery and has been on the mend and cancer free ever since.
Robyn's strength and courage through all of this has been inspiring!
So brave!
I've often asked her, how in the world did you do it?
Keep your head on straight?
Fight through?
Her answer is always the same, I just did. It was hard, but I did it.
Robyn's story has been twice featured in the Charlotte Observer during the Komen Race for the Cure.
You can click here and here to read. 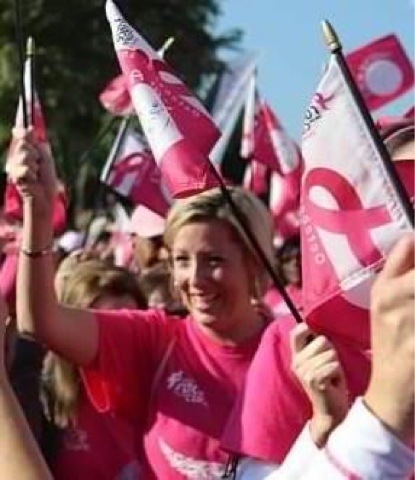 Robyn's story is just one of thousands that are out there.
Including these 9-people featured in this video that automaker Ford just released.
This October, Ford Warriors in Pink® has launched its first ever produced documentary, “Bang the Drum: Living Out Loud in the Face of Breast Cancer.” The film honors 11 men and women breast cancer survivors who have demonstrated strength and courage in their battle with its “Models of Courage” program. 2012 marks Ford Motor Company’s 18th year of support for the breast cancer cause. In that time, Ford has dedicated more than $115 million to the breast cancer cause.
You too can get involved in this tremendously worthy program! When you buy Ford Warriors in Pink apparel at Ford Cares.com, 100 percent of the net proceeds go directly to support breast cancer awareness all year long.
I'm partial to this Circle of Hope scarf on sale for $34. 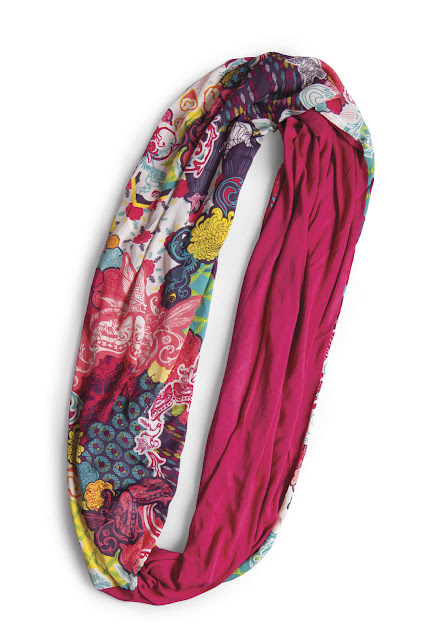 Such a great post, Dee. I had no idea about your sister. She is amazing. That must have been such a trying time with two small children. I'm so happy she won the battle, and is remaining cancer free.

I loved getting to meet Robyn at your shower. Sweet post!

Awesome post - I remember when you announced that Robyn had cancer ... Kudos to her for being such a great role model for women and mothers everywhere - and especially for her kids!