I have always wanted to have an Oscar watching party but have never seemed to do it.
There's been talk, but giving it's a work night, I figured no one would be down.
Not to mention, my husband is funny about Sundays.
He wants a 'do nothing' day/night.

Well, this year on Oscar night hubby was still on a boys golf weekend so Friday morning I decided to email a few girls and see if they would be up for watching the Red Carpet coverage and the Awards show.
I was surprised that about 10-girls responded that they were in!!!
I told everyone to bring a bottle of wine and a light app and we were set!
Even though it was casual I can't miss an opportunity to set up a bar! 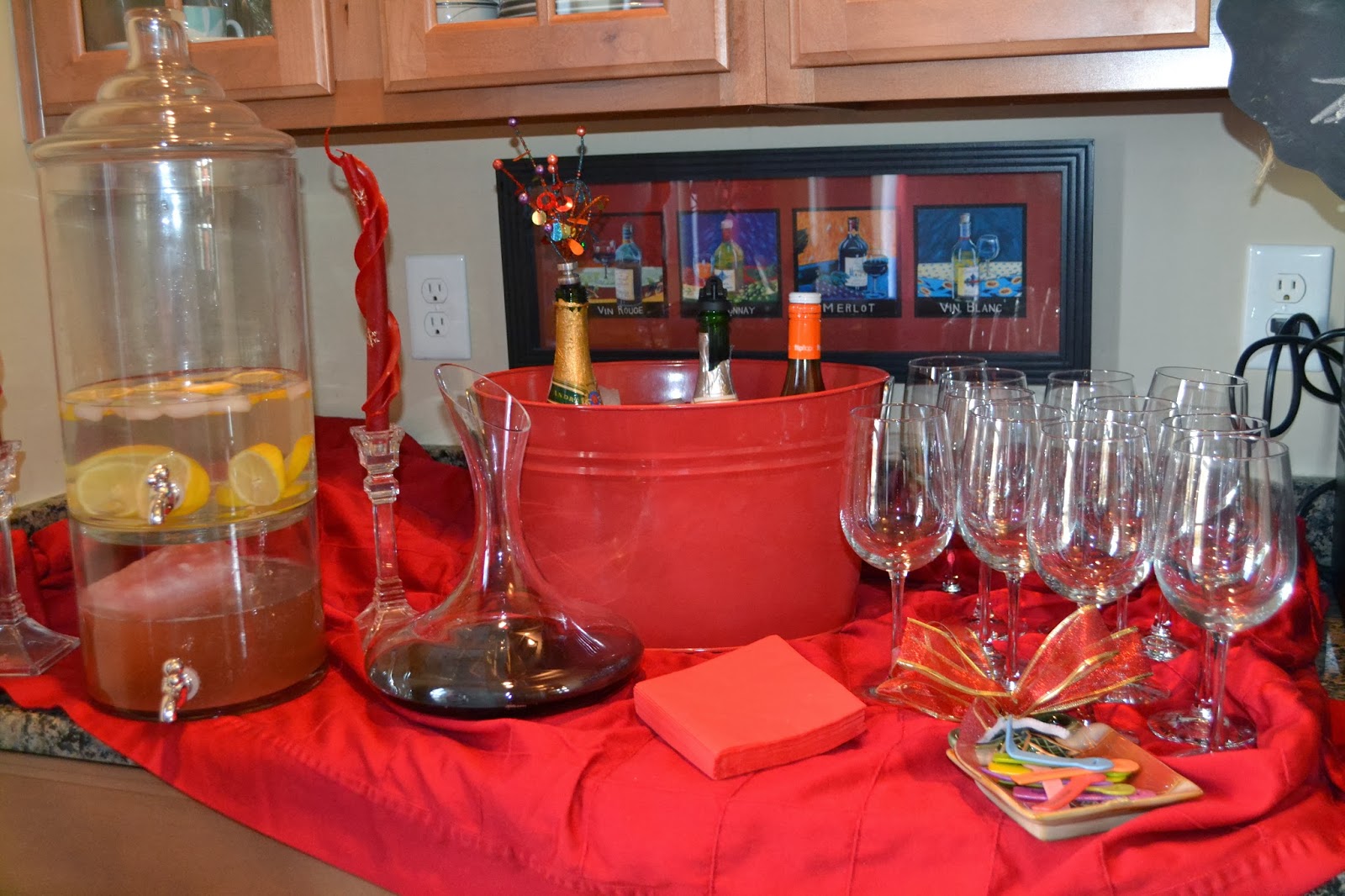 I told everyone to come for 5pm since E! was starting their red carpet coverage at 5:30pm.
Shelby even joined in on the fun until her bedtime. 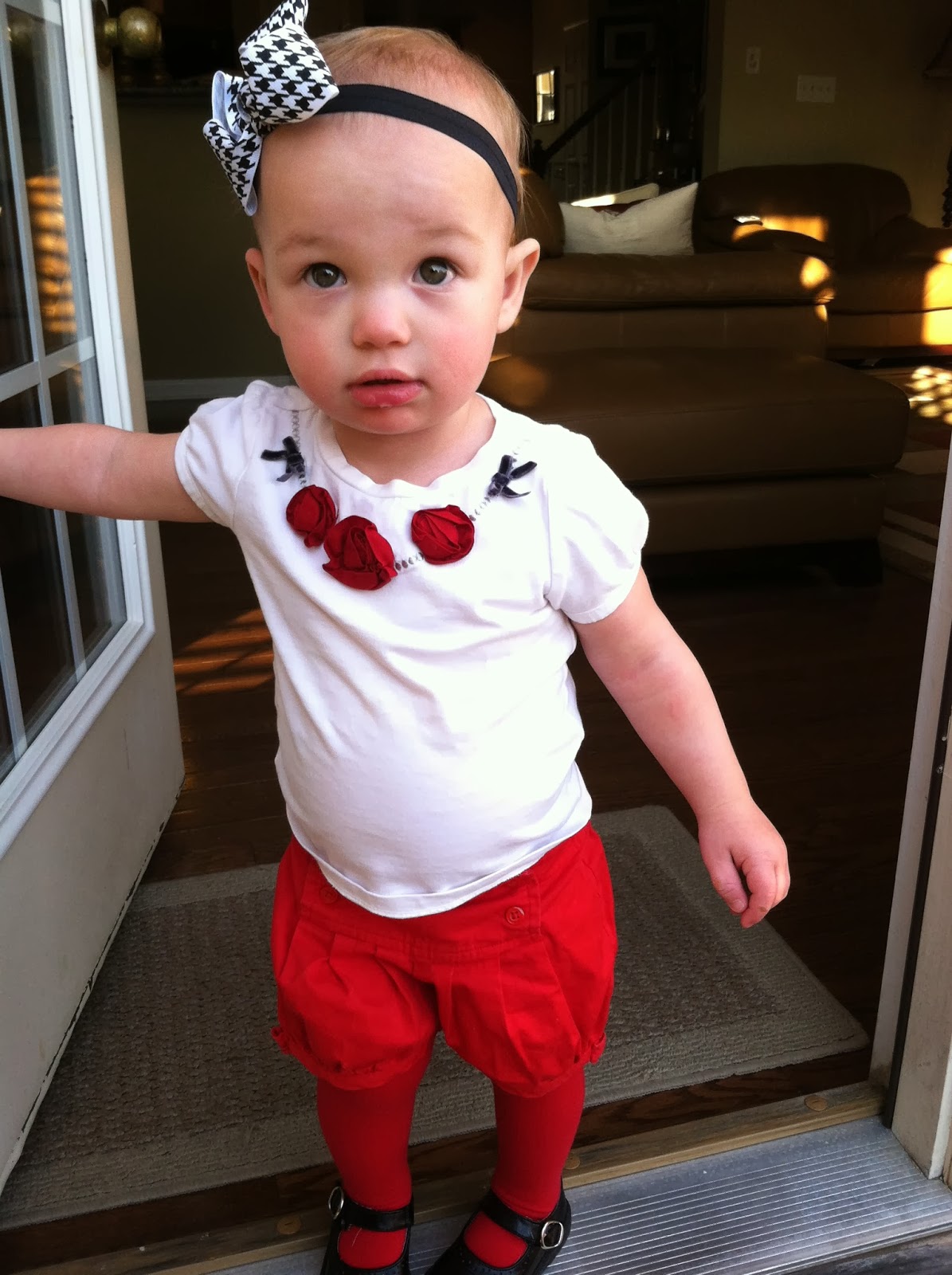 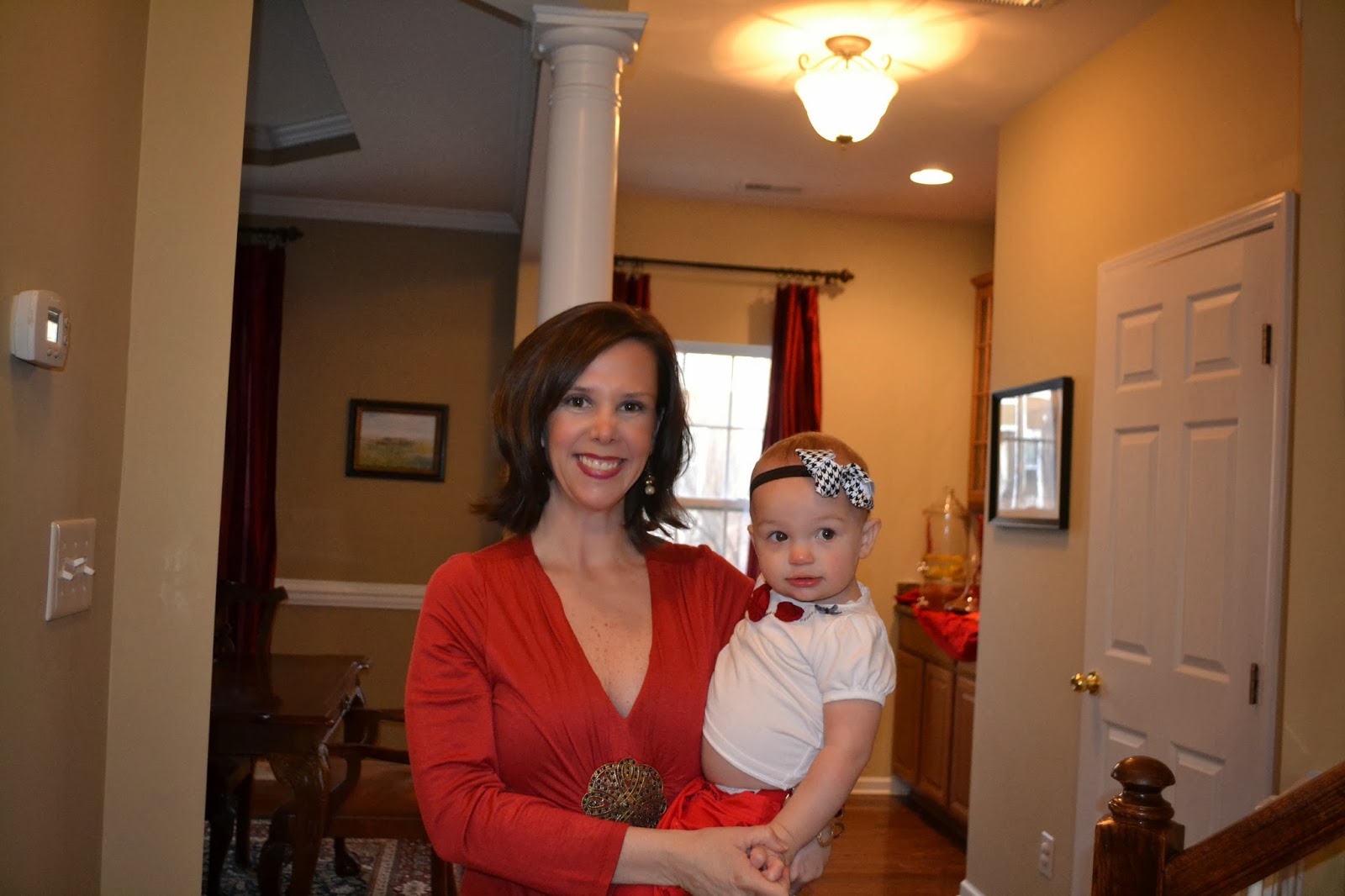 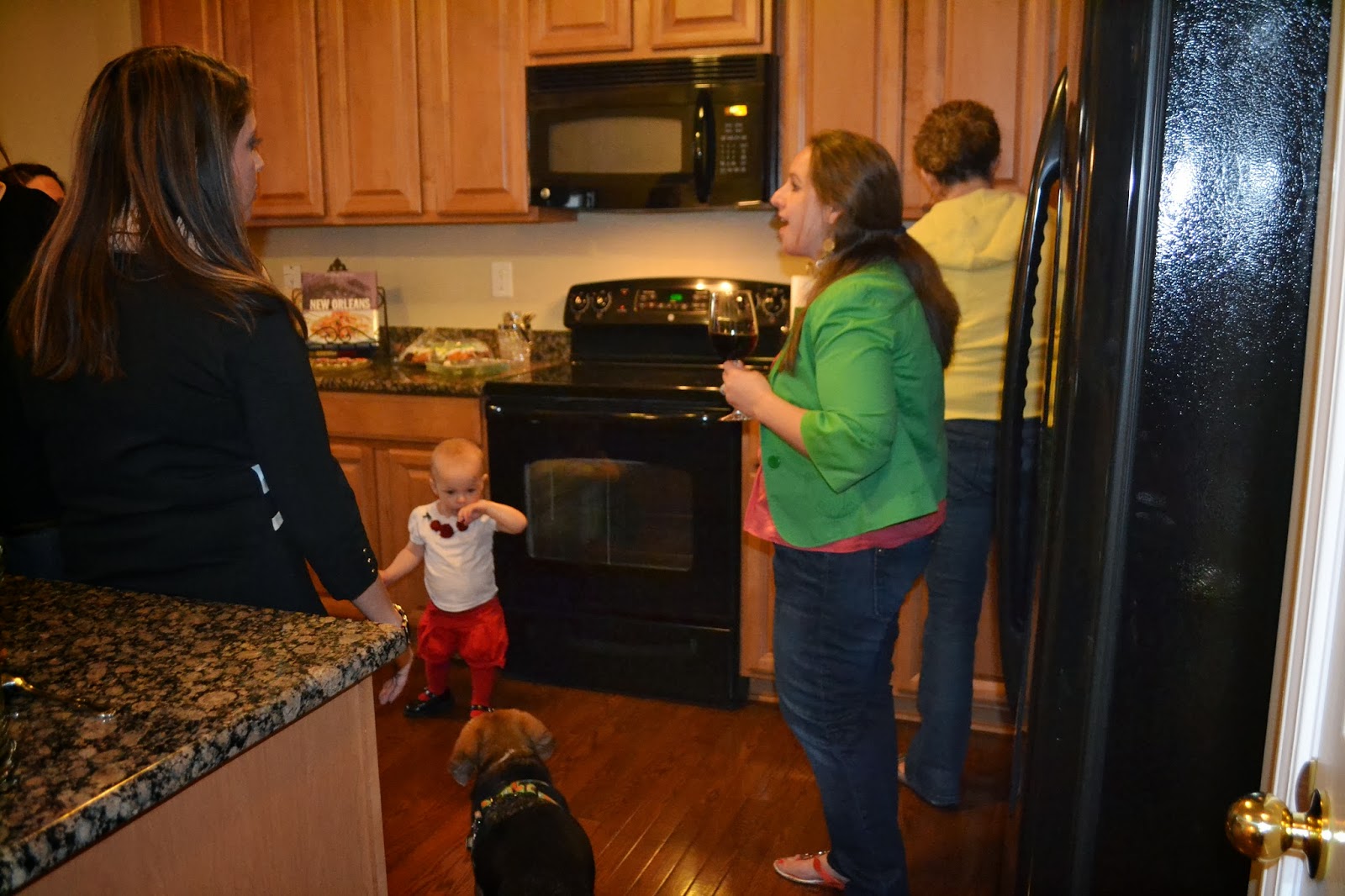 In the end, 6 girls came.
There were 3 pregos who were going to come but all were feeling tired or under the weather. 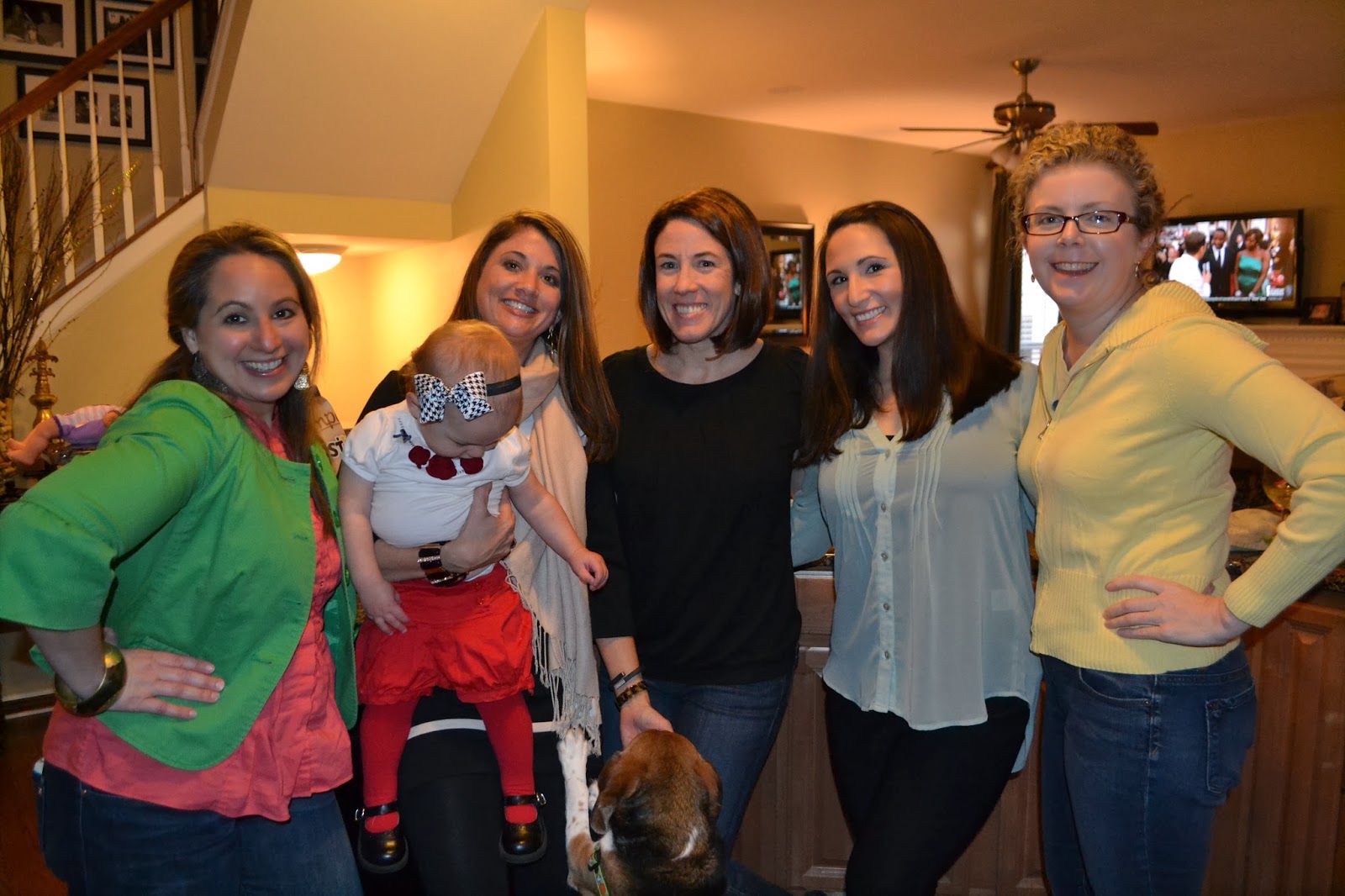 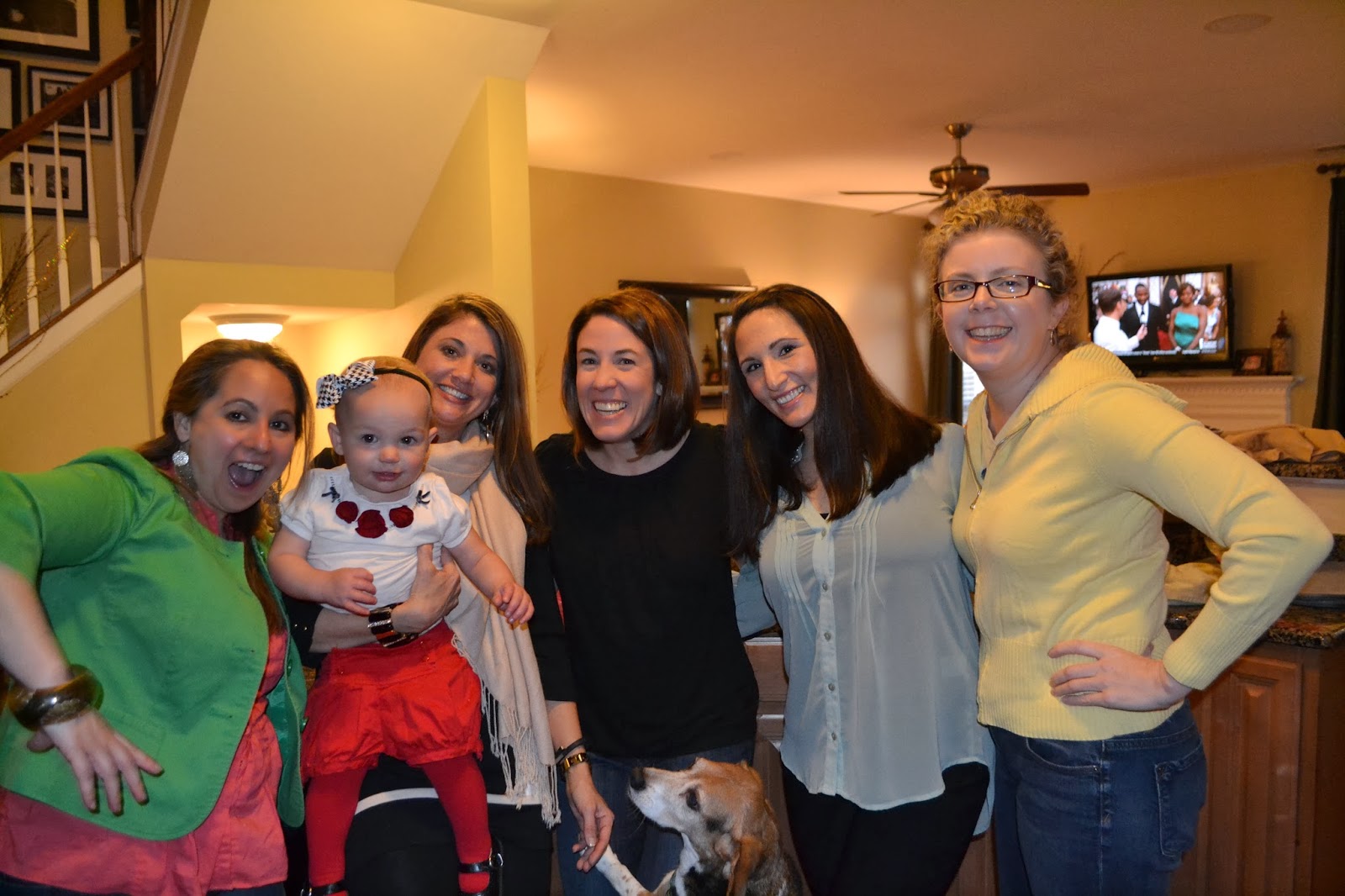 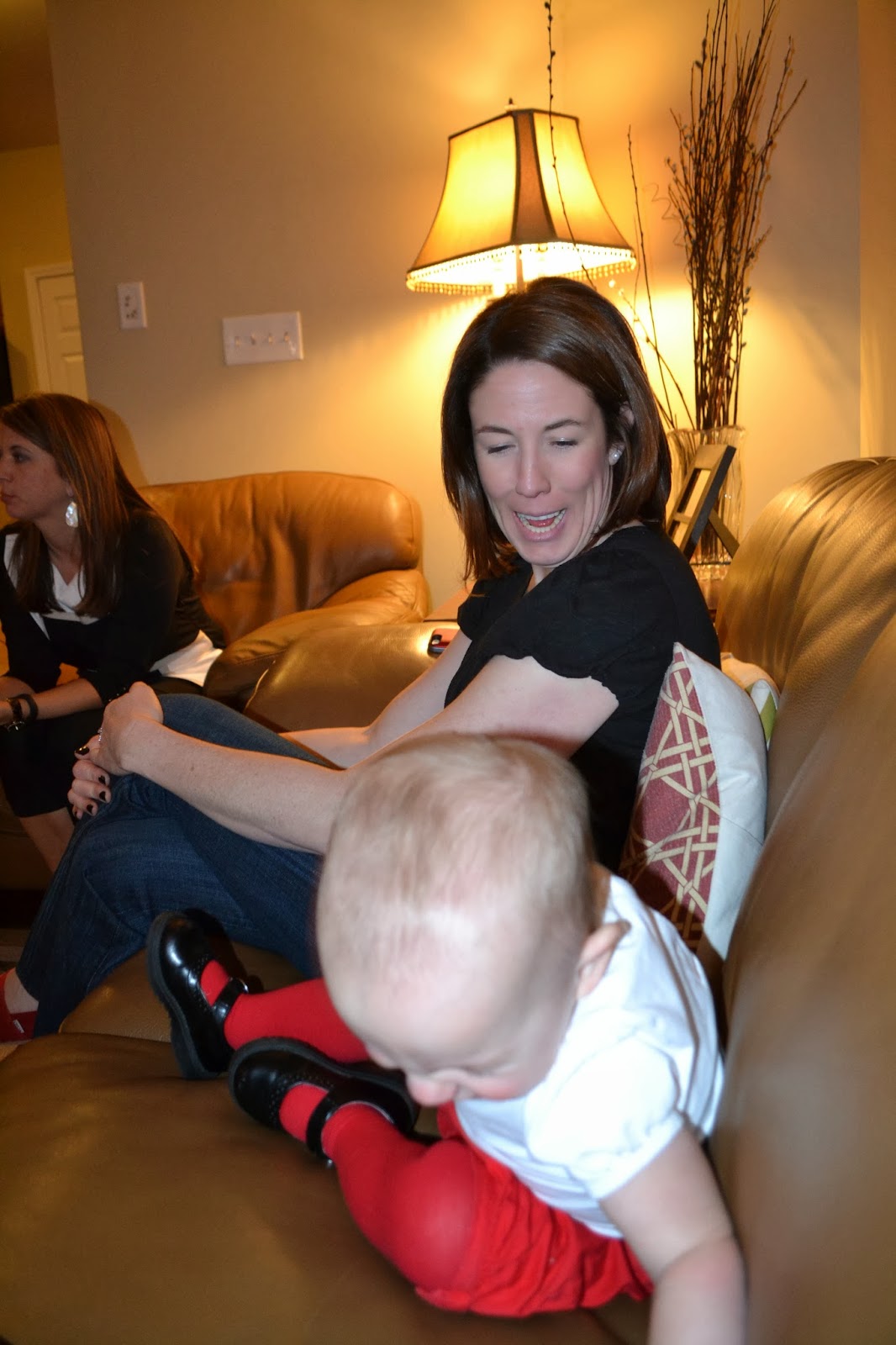 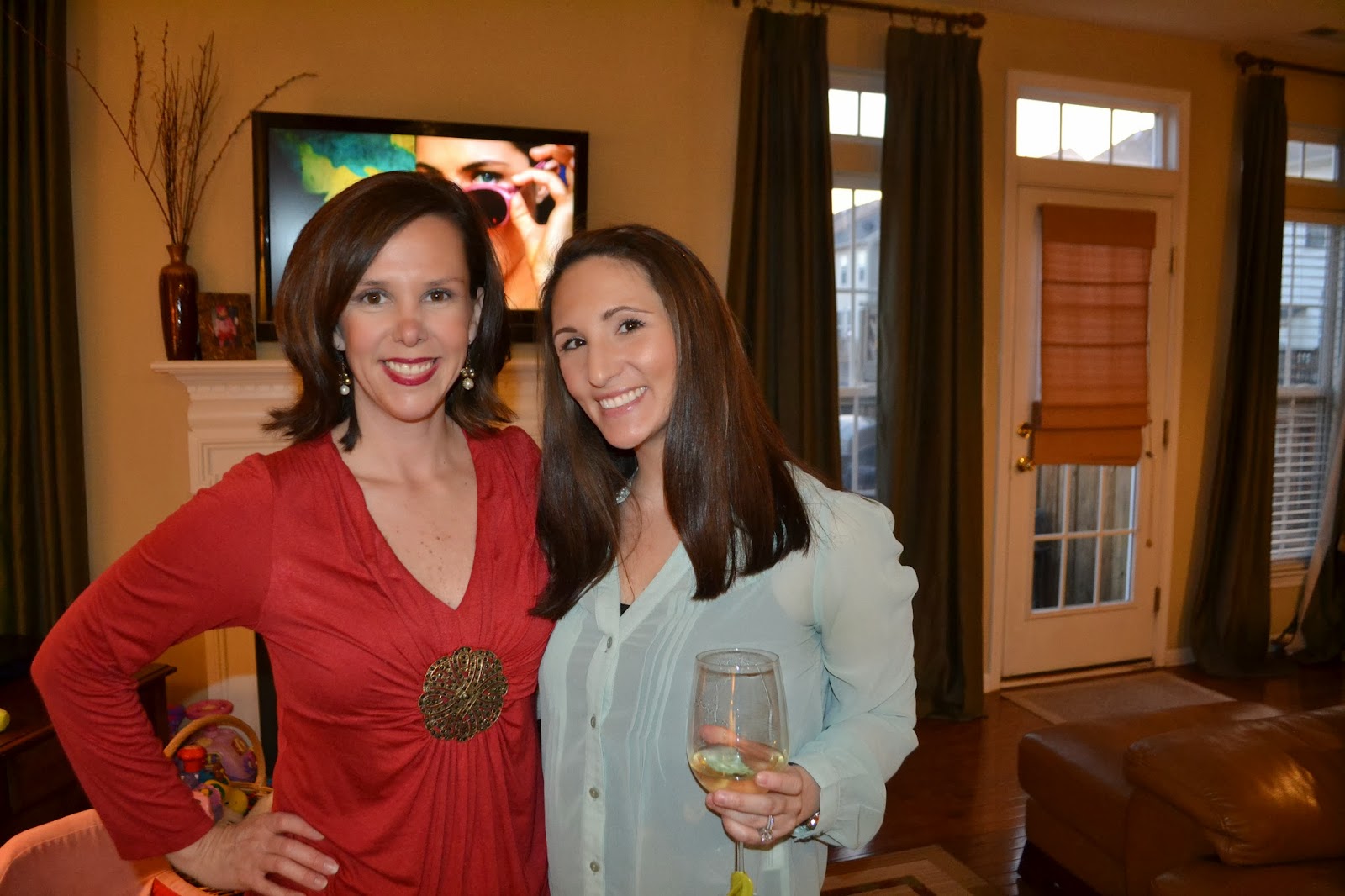 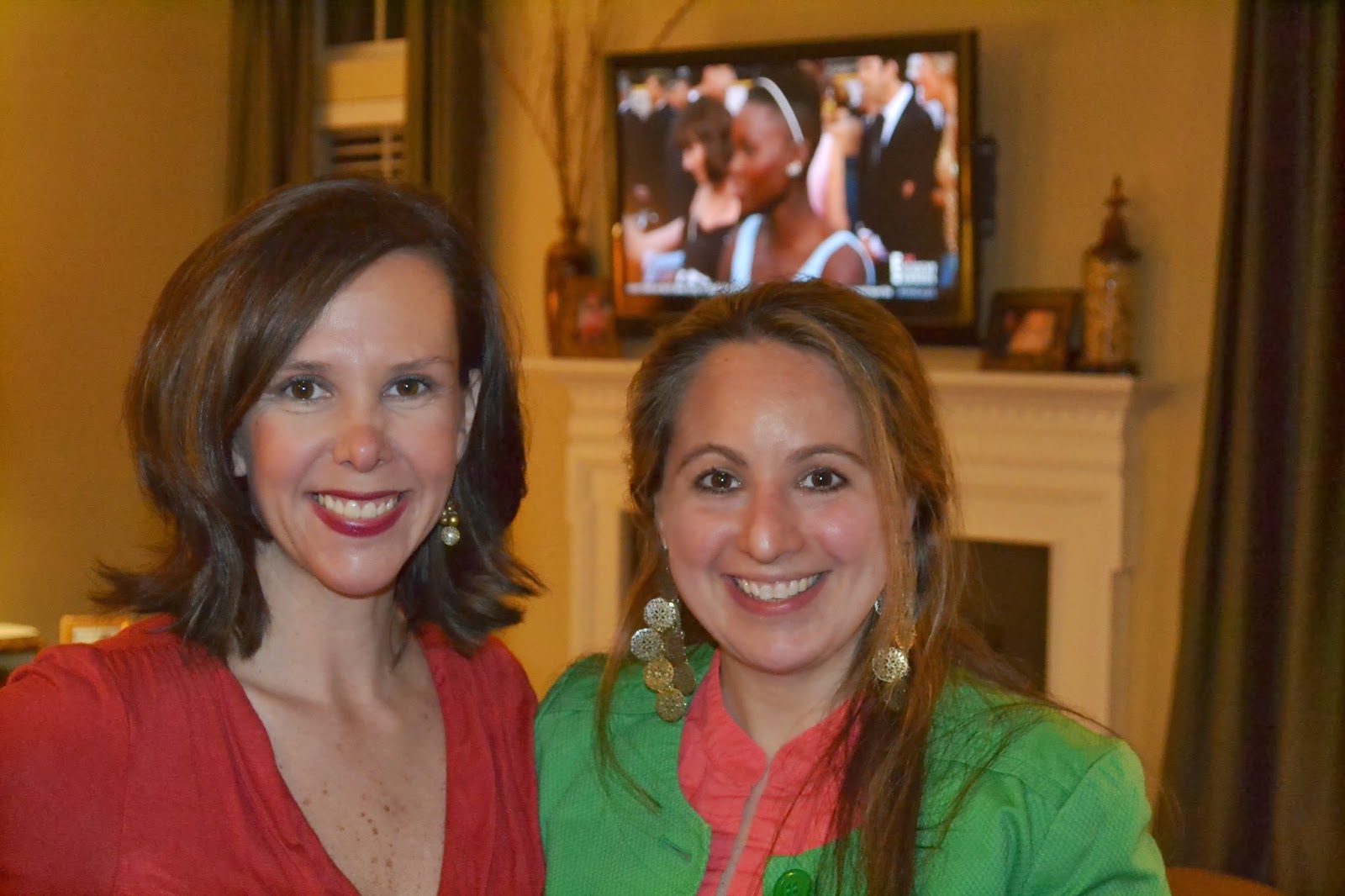 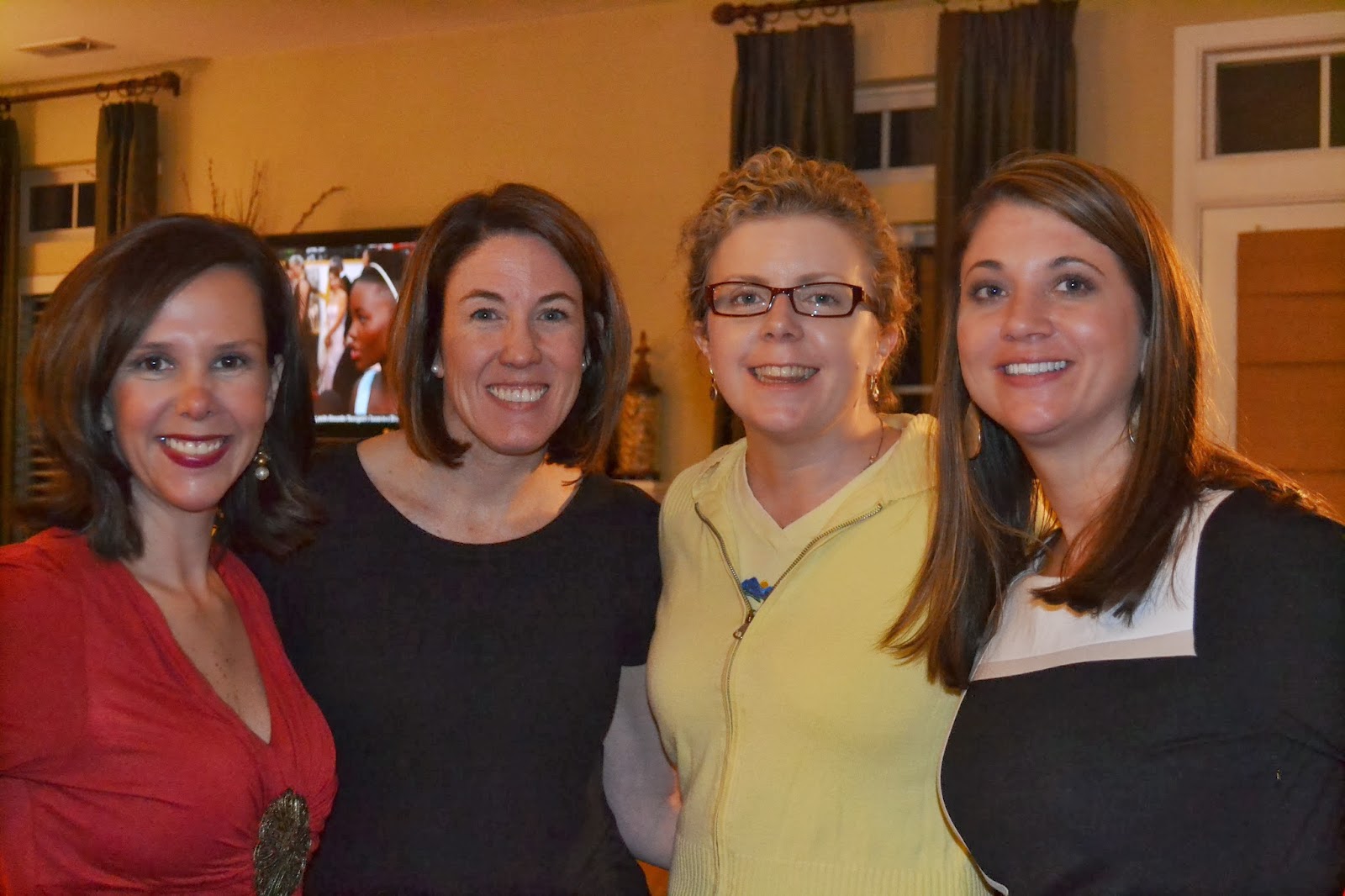 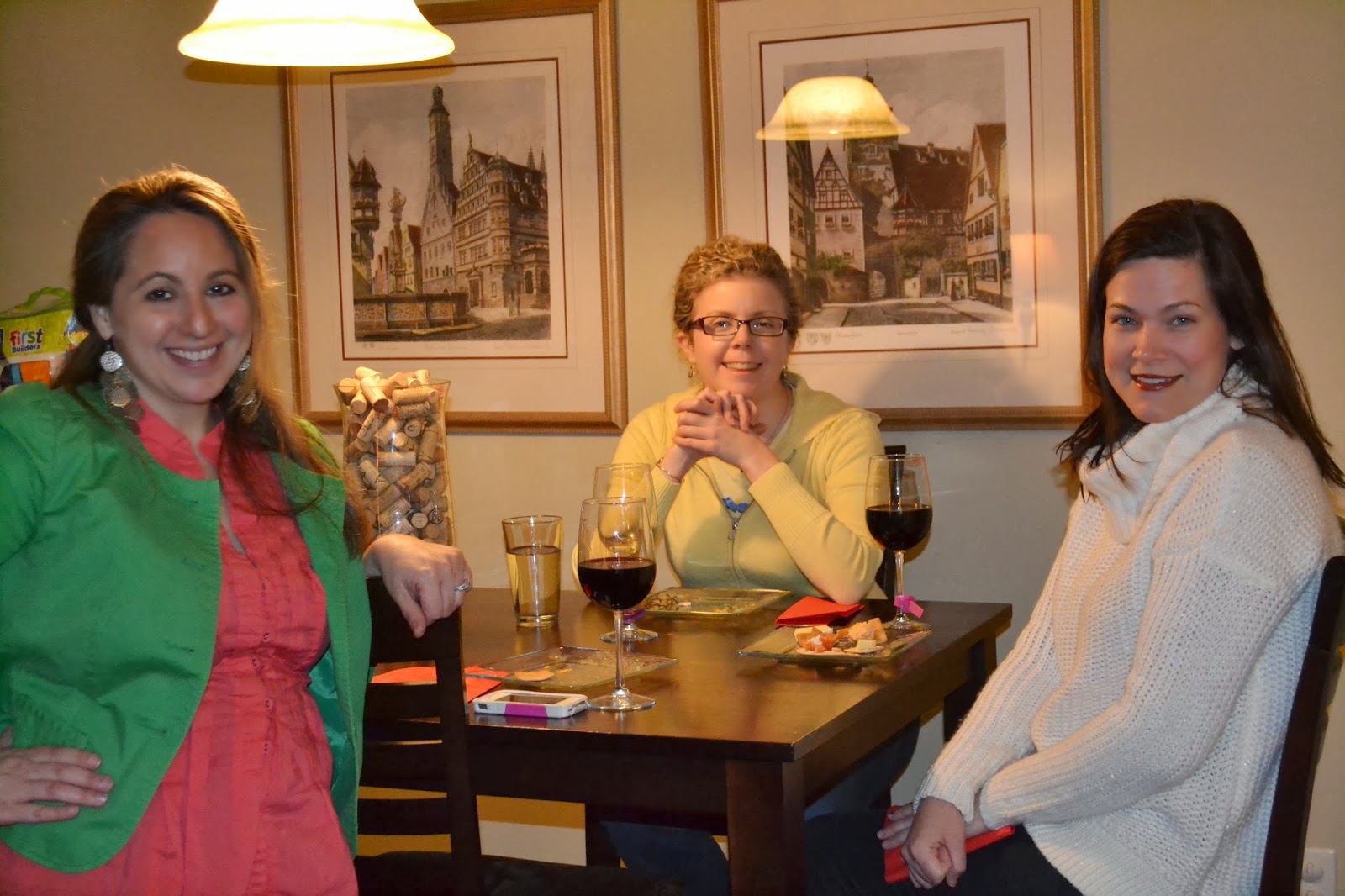 Amanda has always been my awards show chica.
We've watched a few Golden Globes in the past. 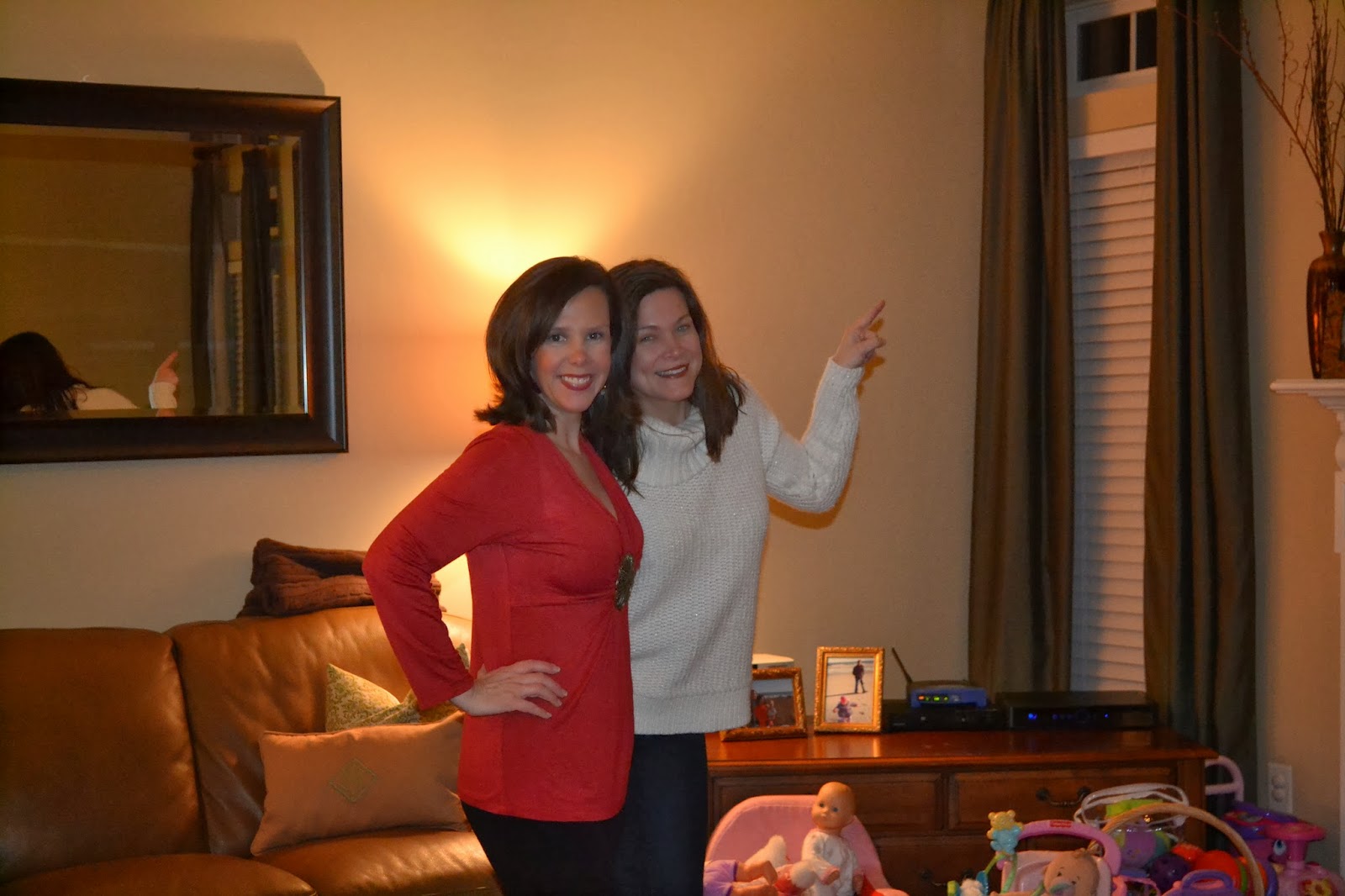 My favorite Oscar moment of the night?
Bette!!!!!!!!!!
I seriously, LOVE her.
I even have a few of her albums.
She's downright awesome even if I don't agree with her politically.
HAA! 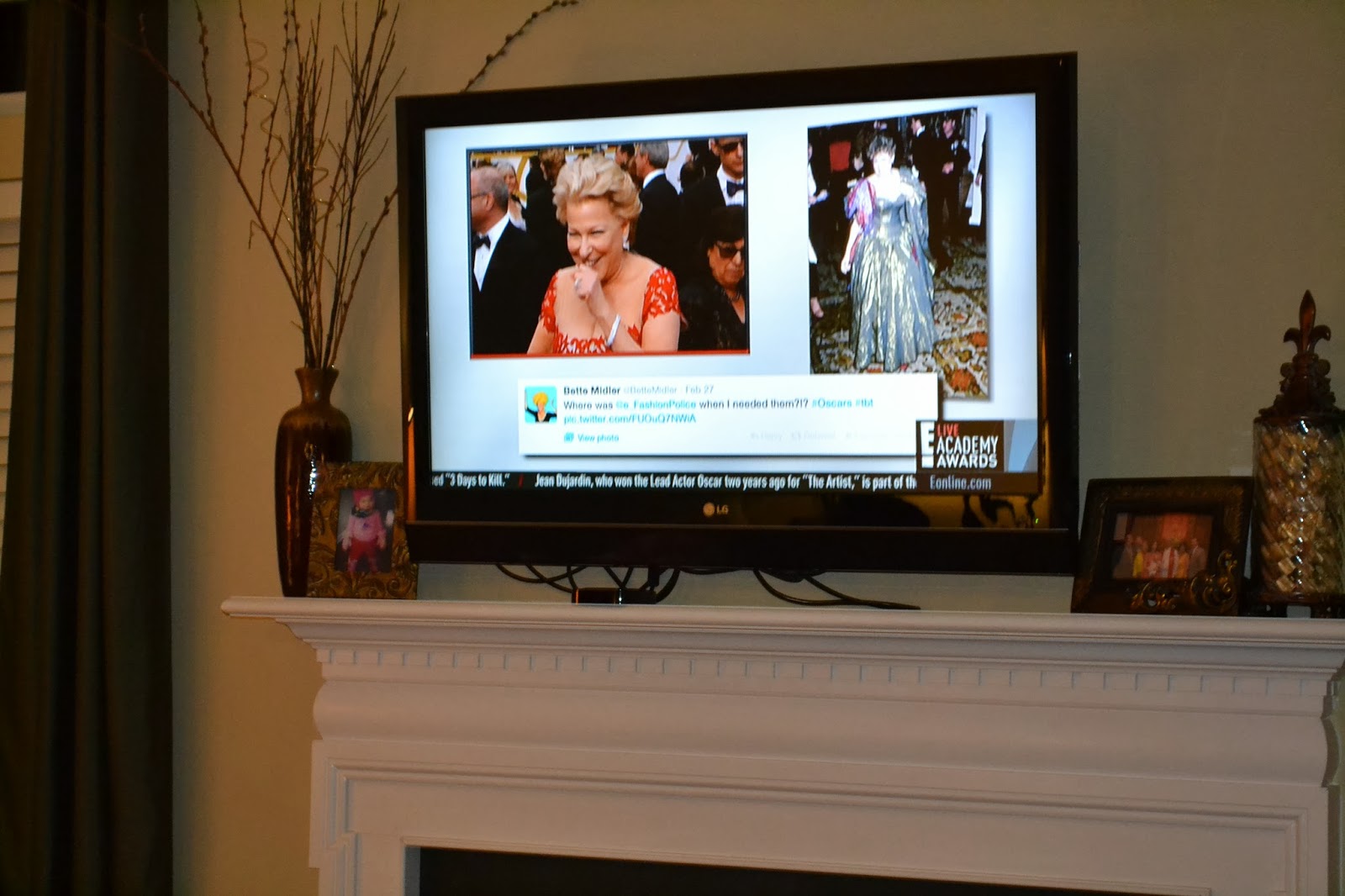 My neighbor Seda had to leave early but I did manage to set the tri-pod up before the rest of the crew left.
#yesimacheeseball 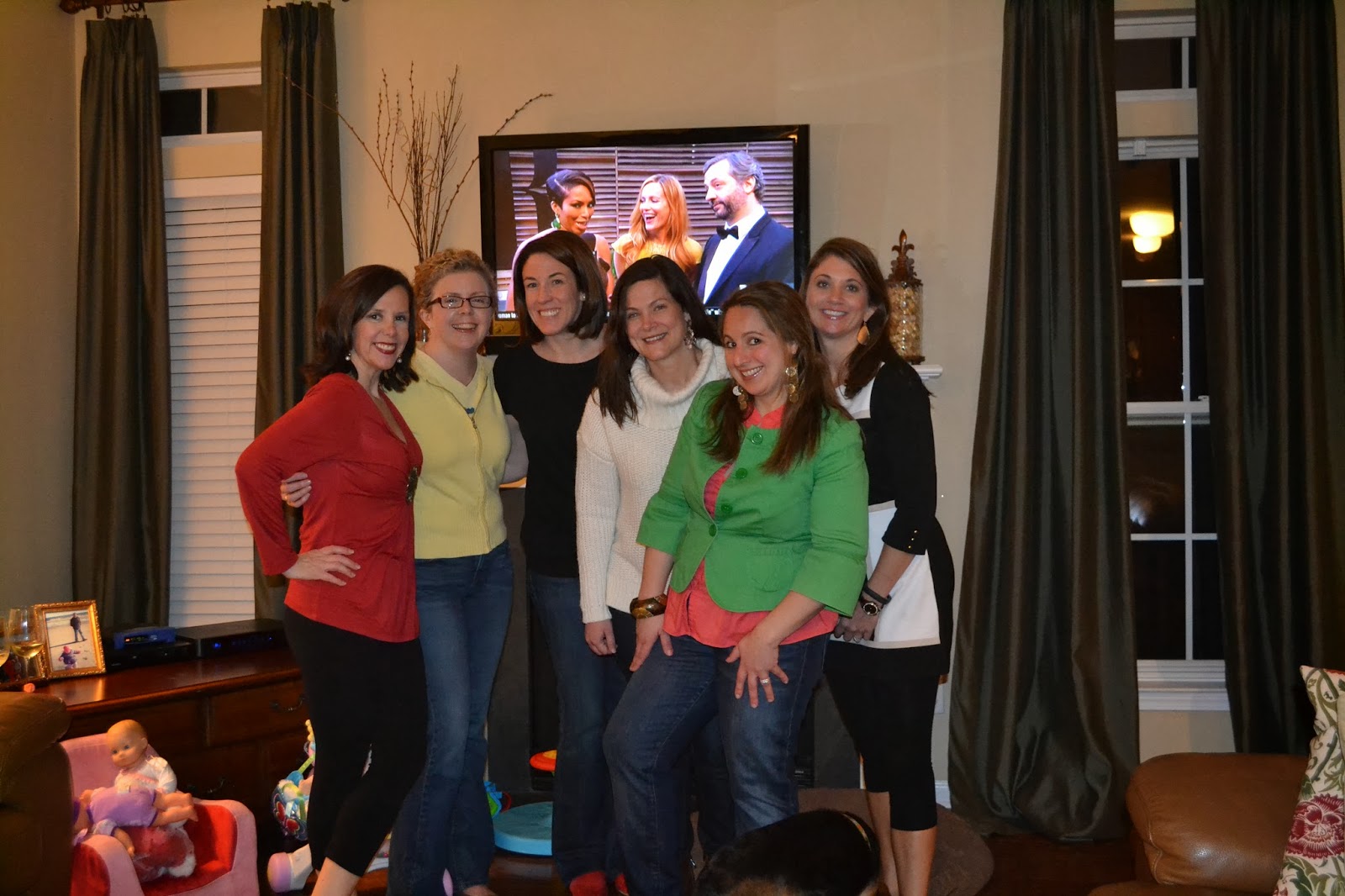 There are so many of the winning movies I need to see.
Especially, 12 Years a Slave.
I read the book many years ago in college and still ranks as one of the best I've ever read and it was even mandatory reading. 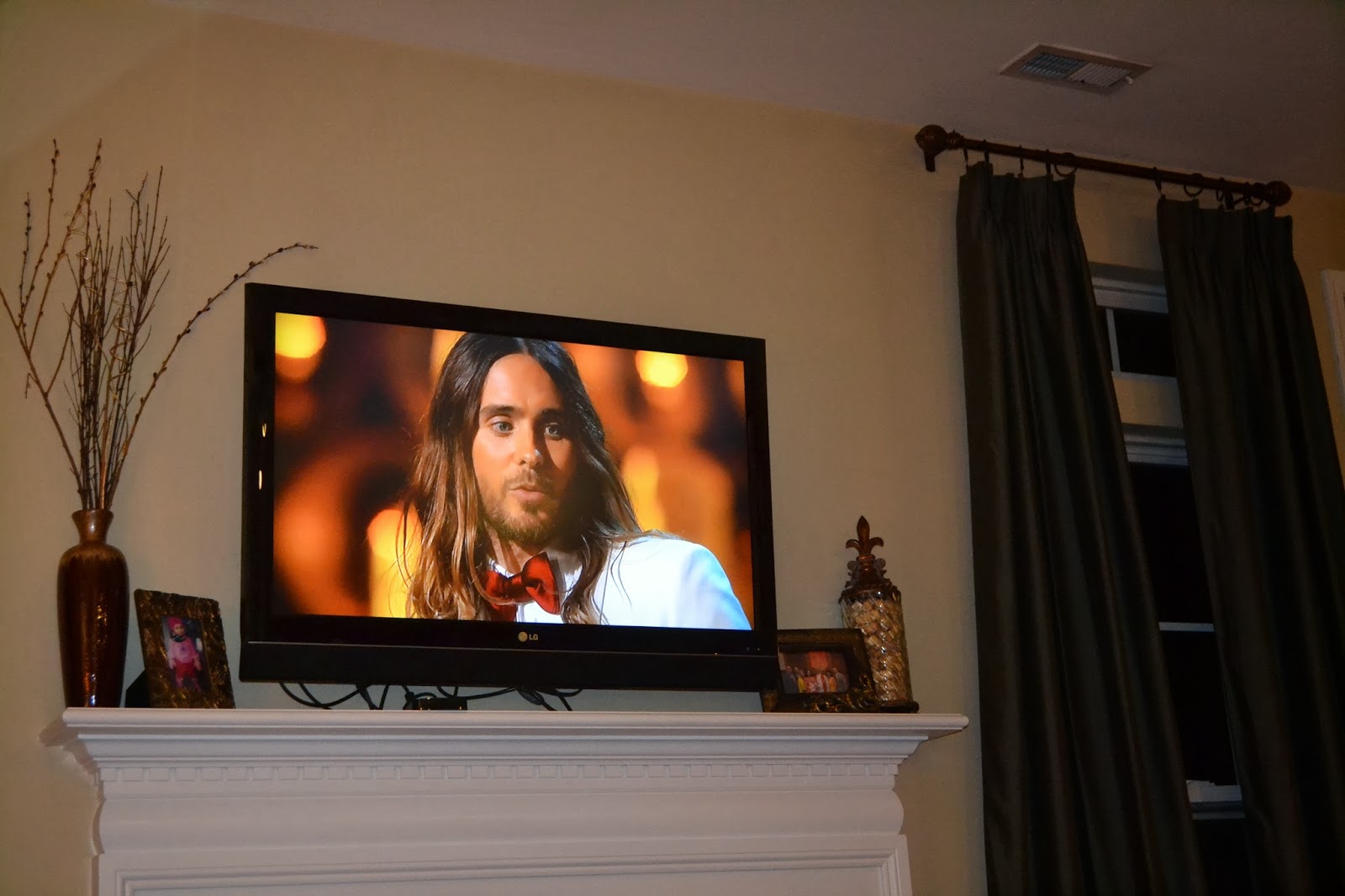 I didn't take pictures of the food but we had cheese, cheese and more cheese. 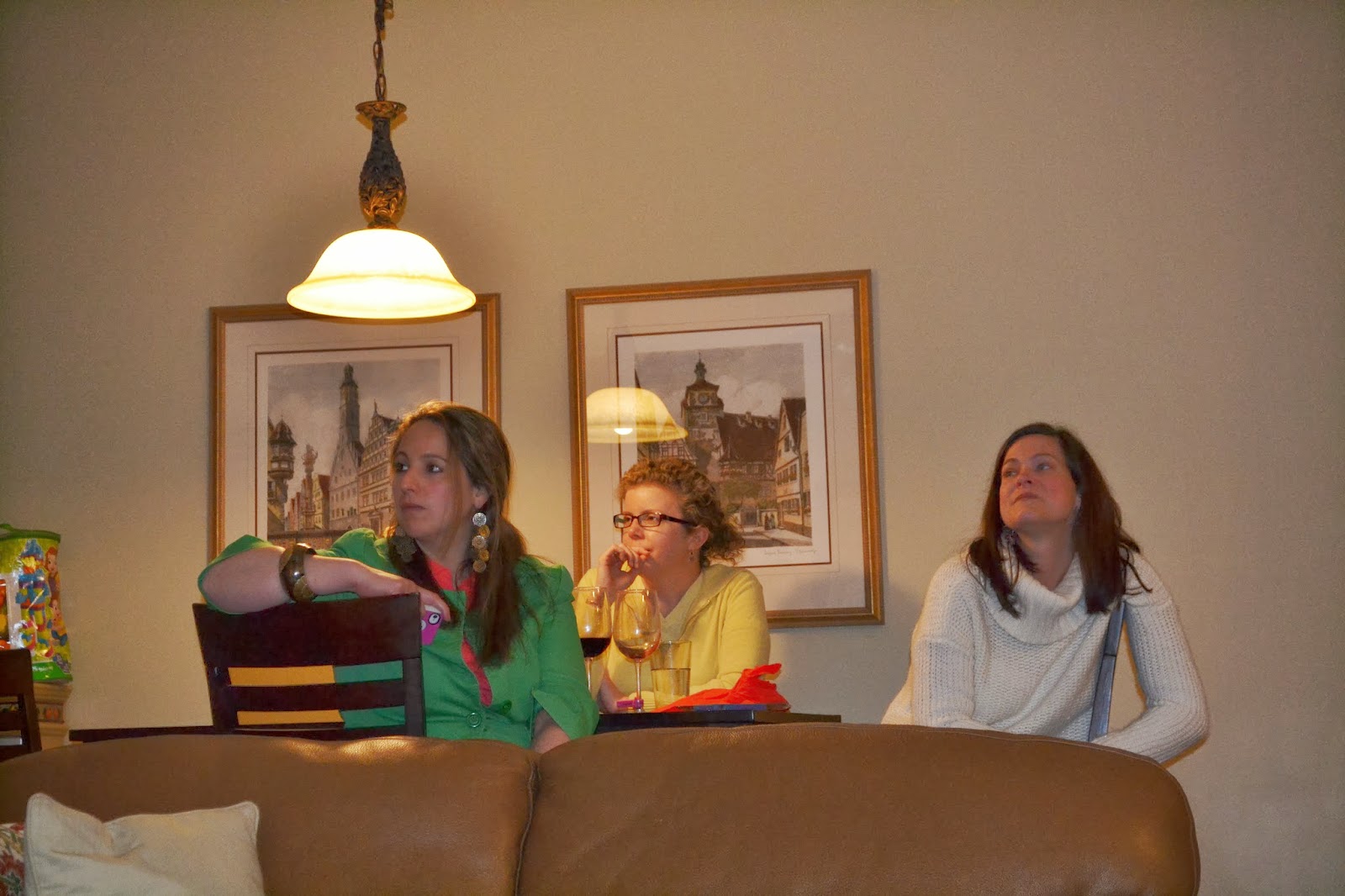 And, yes, a king cake too.
Amanda got the baby in her piece. 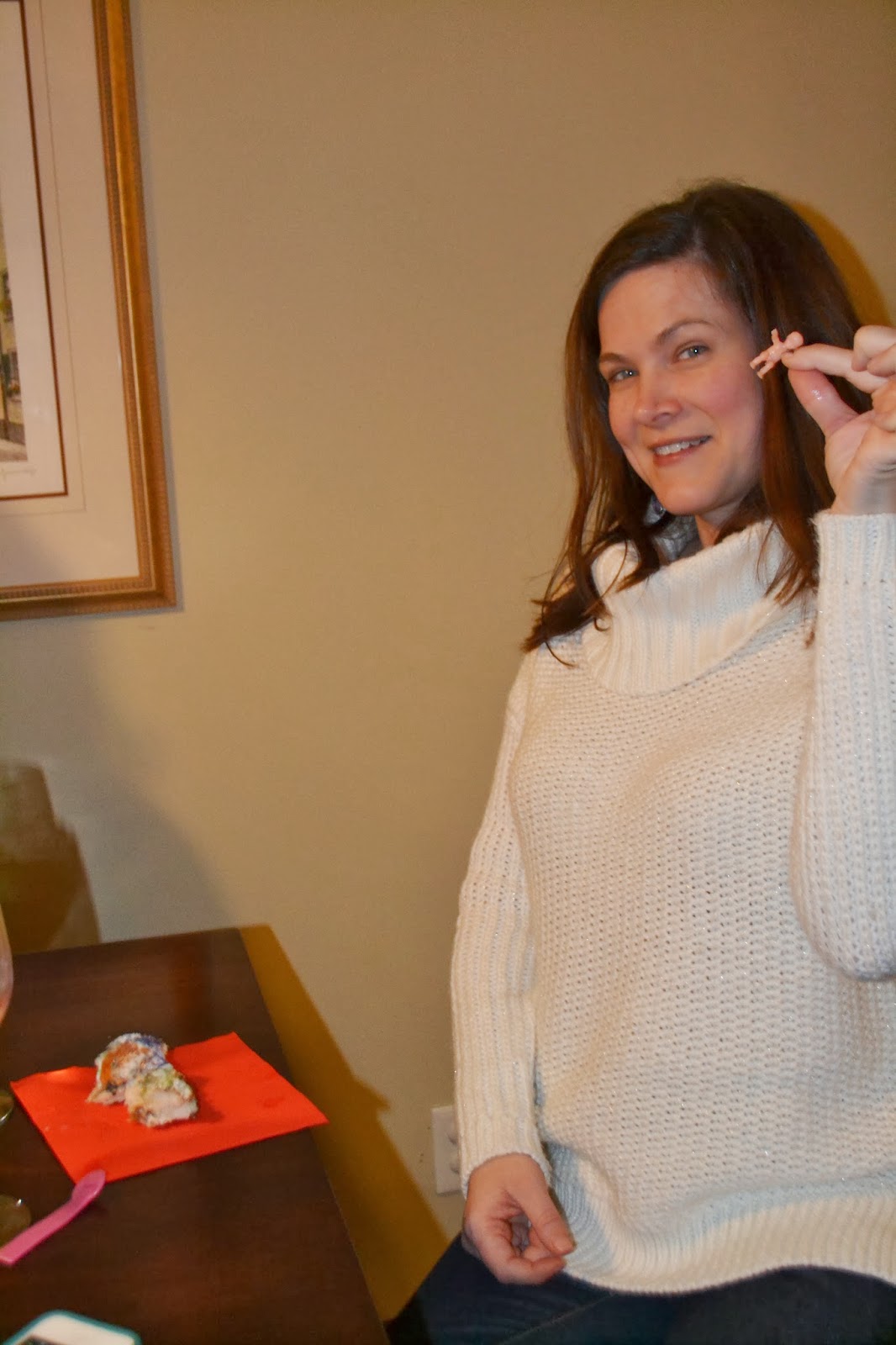 A fun night but this morning came early, especially since I was flying solo with Shelby since Brad was still out of town. 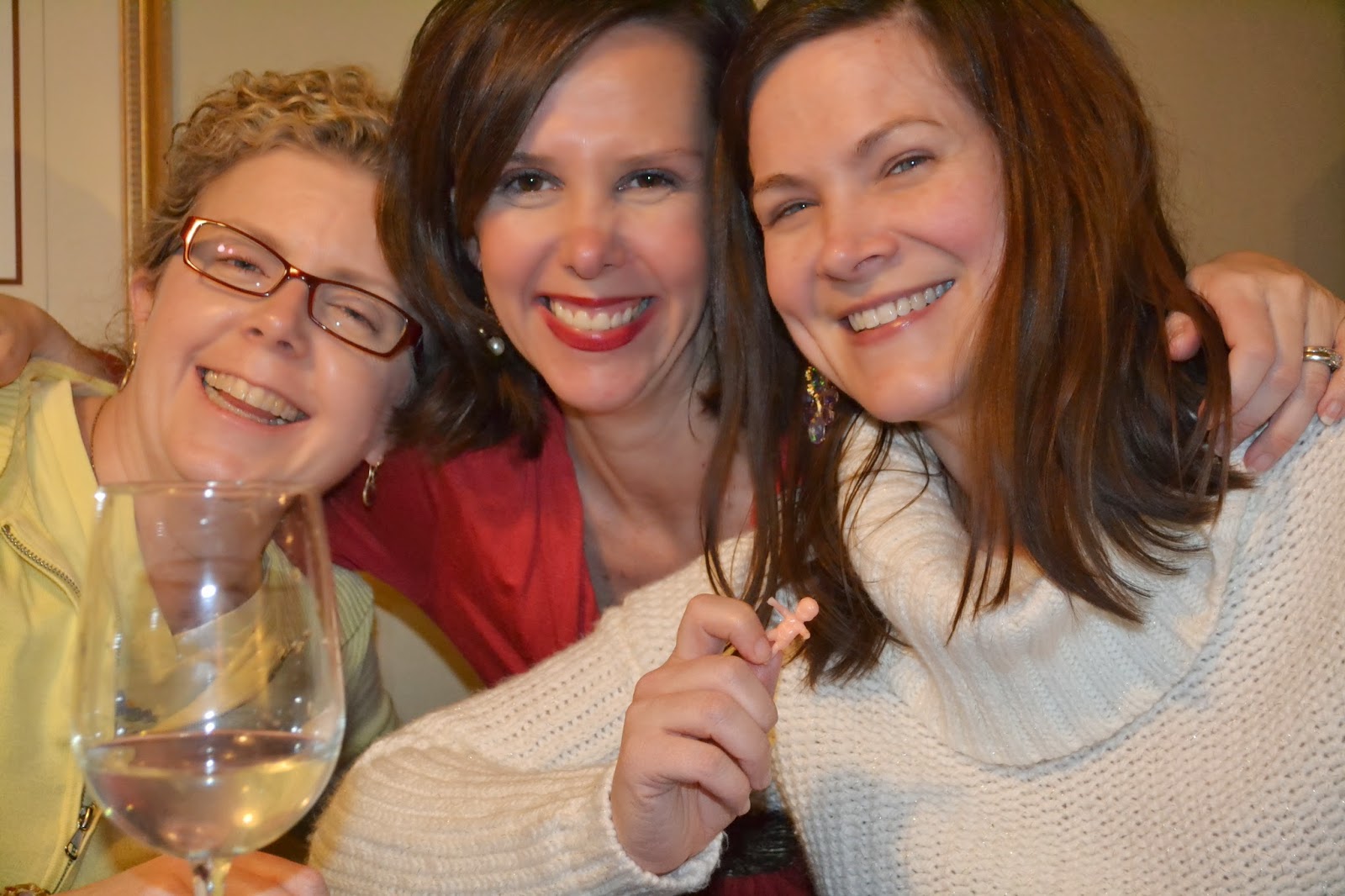 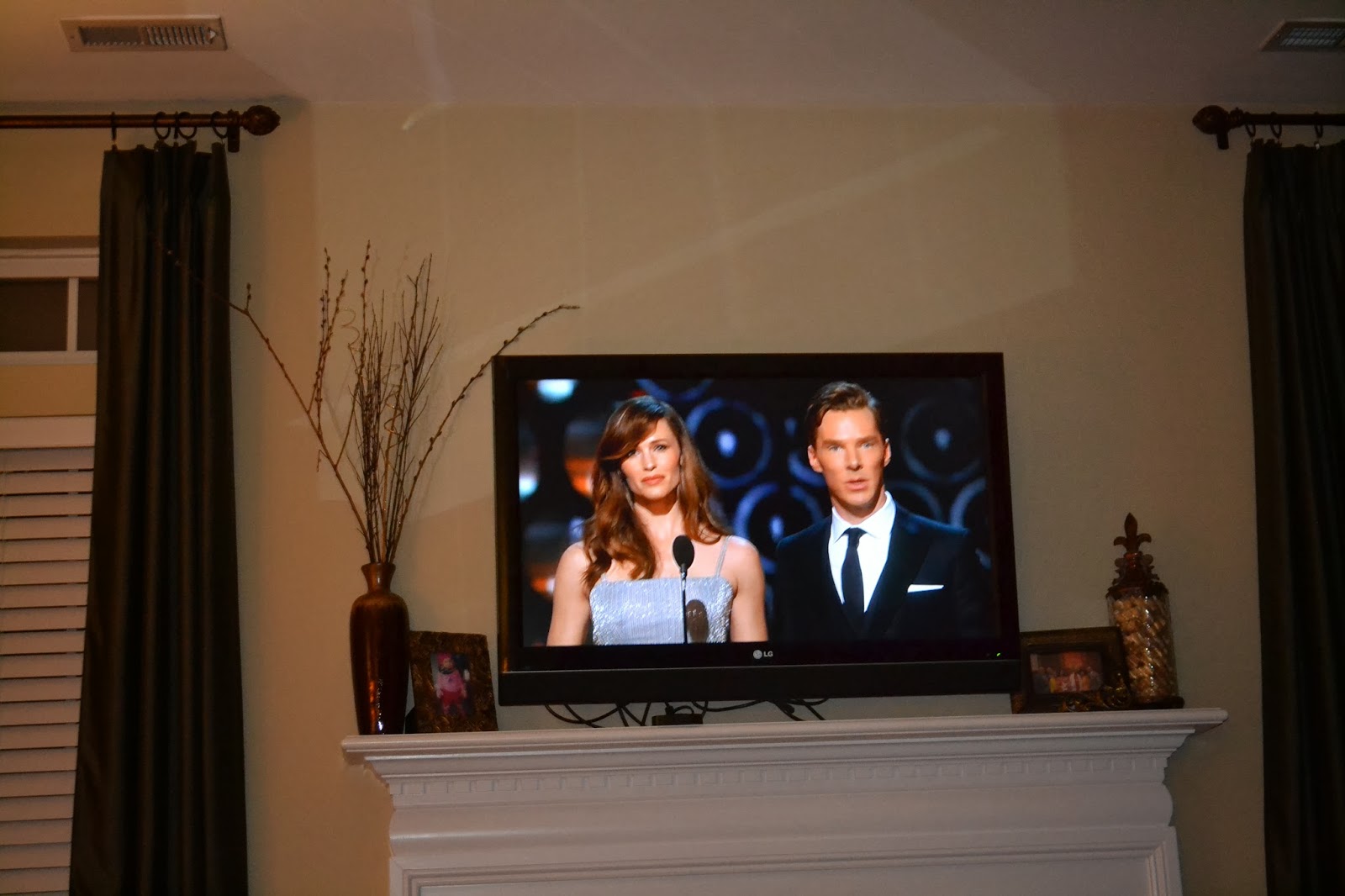 Awards show season is officially over.
Now, I'm ready for Spring!
If only the weather would cooperate!!
Thanks to all who came on Sunday!

How fun! Would have loved to be on your guest list :)

Looks like so much fun! And wine and cheese-my idea of a perfect menu. I was so tired yesterday from staying up too late to watch.

I started watching a little on Hulu last night- When Jared Leto (sp?) gave his speech I choked up and I was just watching it on the ipad as I folded laundry lol! ha.
You host great parties! Looks like so much fun.

What a fun idea. I need to do more for the oscars since I see every nominee!

Such a great time--thanks for inviting me! :-)

Fun times! I always want to do an Oscars party too, but I never see all of the movies and feel like I need to see them if I'm having a party?? I have no idea why I think this. Just writing it seems silly.

This looks like something I would definitely enjoy! Such a fun celebration, and I love the photo of Jared Leto on the TV...dang he's HOT!! :)

I am just catching up on posts! ha!
I hosted a third annual Oscar party but the weather got bad here (lots of ice) and none of the girls wanted to drive (some drive over 30 minutes). So I had a lot of dessert and food to eat that week! ha