Spill About Your L-O-V-E

I'm linking up today with A Liz Adventures for her Spill About Your L-O-V-E series.
Play along if you will. 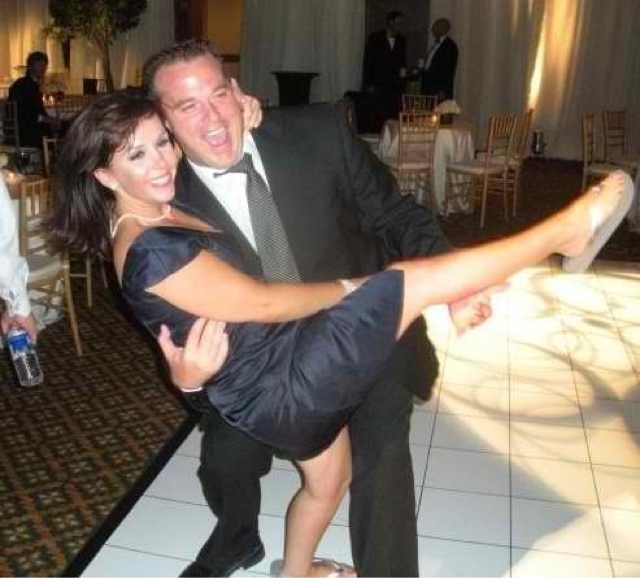 {1} Describe your dating life prior to finding your husband/boyfriend/fiance.WOW.
I had a serious boyfriend in high school - dated him for 3-years, we're still friends to this day.
College - I dated one guy for a year(named Brad) but more or less I just dated a lot.
After college, I moved around quite a bit prior to moving to Charlotte 11-years ago, and during that time I dated a TON of guys but no one serious.
Moved to Charlotte and I dated a guy(also, named Brad) for 3 1/2 years.
We broke up when I was 31-years old.
All my friends were married so I spent the next 2-years working on myself and looking for the guy I knew I wanted for a husband and father.
Then, boom! One night in a bar I met him!
In with the newest Brad!
We call him the best Brad! :-)

{2} Describe your husband/boyfriend/fiance in one word. How would he describe me in one word?
Funny.
I know a lot of other bloggers have written this too but it's the truth. He comes up with things I would have never thought of and has a canny way of making a sad/bad situation funny sometimes.
He just makes me laugh.
As for his one word for me?
Outgoing.
If you've met me I guess you can either agree or not agree.

{3} You had a really silly fight. Embarrassing silly. What was it about?
When I was pregnant cooking was a chore.
Brad gave feedback on how it could have been better.
I went ballistic and banged pots around and pouted and said I would never cook again.
Well, I didn't.
At least while I was pregnant.
We laugh about it now but it wasn't funny at the time.
LOL!

{4} In three sentences(and only three!), describe where you both hope to be in 5-years.
Still enjoying time with both sets of parents.
In a house with a backyard.
On a Disney Cruise with family and our friends who have children the same age as Shelby.

{5} Tell us something about your husband/boyfriend/fiance we wouldn't know from reading your blog.
When I first met Brad he wasn't a fan of going to the mountains/hiking or anything in the high country.
But, after this trip - click here - he TOTALLY changed his tune.
He's now shopping for RV camper trailers so we can have Shelby grow up camping and loving the outdoors and high country as much as we do.

{6} What's one thing you never thought you'd do in front of your husband/boyfriend/fiance, but you did?
Hmm..
Several things but probably taking a tinkle in front of him would be top on the list.
When you gotta go, you gotta go.
Even if it is in the woods! 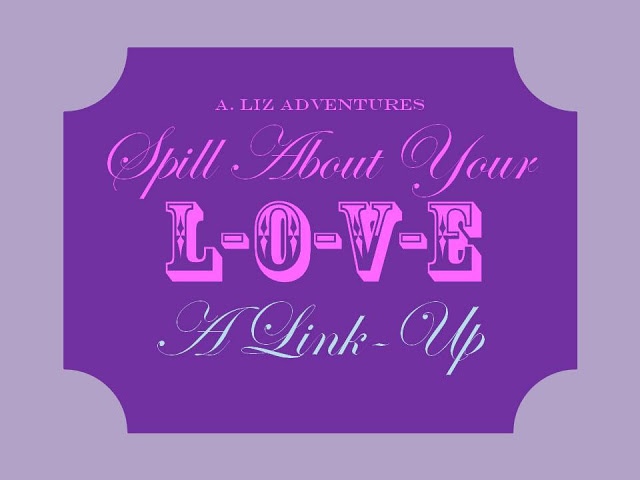 So funny that you dated all Brads! Glad you found the best one. And I love the pregnancy fight. All our 'worst' fights have happened while I am pregs and they are all so silly now!

So many Brads, so little time :)

I dated a few Dans, too. We now call those guys TODS - The Other Dans.

So awesome! I just love the image of Sweet Dee bangin' pots and pans all over the kitchen! HAHA!

That is really funny that you dated two other Brads! Our stupidest fight has been about dogs sleeping in the bed.

brad is a hoot for sure.

I love reading your blog! I found it during your pregnancy and it's been fun following along ever since.

Love how you said tinkle. I remember being in high school hearing that a girl tinkled in front of her boyfriend and my friends and I were mortified! Haha

Great stuff. That's so funny about the name Brad.

HAHA! I Laughed out loud about banging pots and pans and pouting. That's something I would do. I didn't know you met at a bar. My friend in college always acted like she was going to meet her husband at a bar and I was always saying no you wont! Just have fun with us girls and don't look at the guys! who cares.Ha. Her parents (still married) met at a bar. Well, my friend met her guy at a bar and I was in their wedding a few years ago. I was SOOO wrong! haha.

and the Brad thing. That's too funny!!

Haha I loved reading this! The pregnancy fight sounds so hilarious and something I would do and laugh about now. Xo

Haha I absolutely loved reading about this and getting to know you better. The best Brad to the banging of pots all had me smiling. Xo