October is Here not the Cool Temps

It's officially October around here but it sure doesn't feel like it.
It's been 80-degrees around here.
It's like the Summer we never had giving it rained 24/7.
Even though the leaves are turning and there isn't a chill in the air I went ahead and made the house festive for Fall.
Over the weekend we got 2 new additions to the Fall decor - pumpkins for the kids!!
My MIL always makes goodies for the kiddos and this year was no different.
She added monograms to the gourds this time and Buddy was even given the middle initial S for snack!!
I about died laughing. 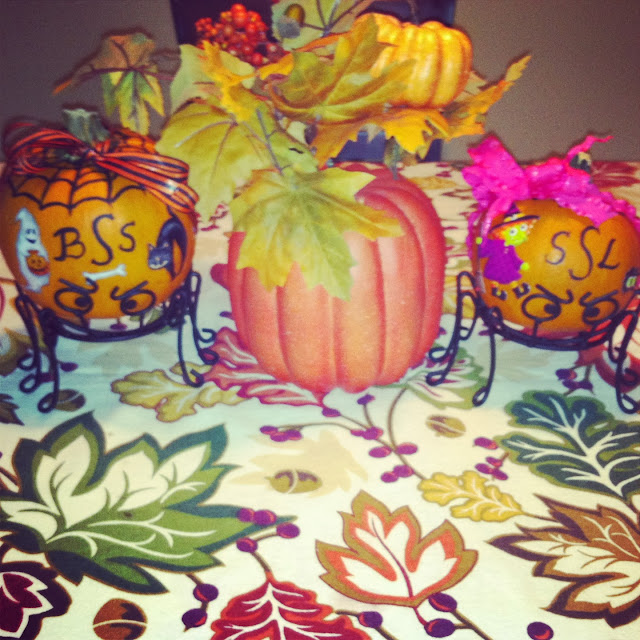 She also gave Shelby a Halloween basket.
We had her open it tonight.
(excuse her outfit, she was actually dressed normal today but this was an extra outfit left at school and got changed into it today after getting stuff on her other clothes. I was way too Summery for the weather today!) 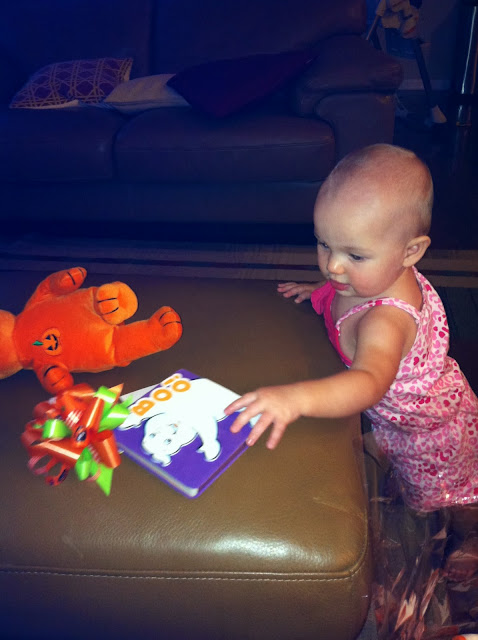 She was so cute with her new toys and book. 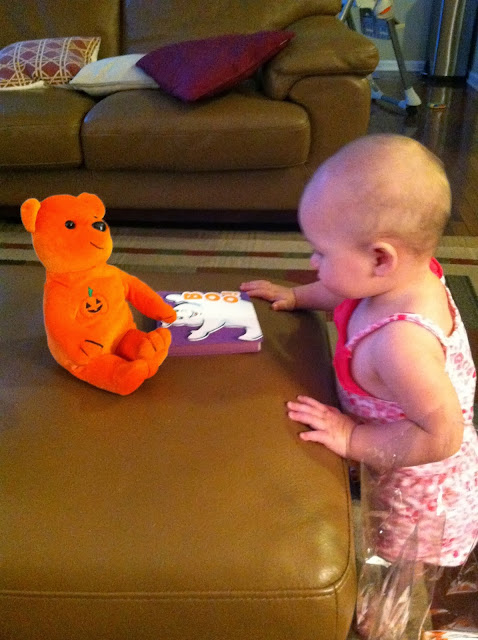 Growing up for sure!! 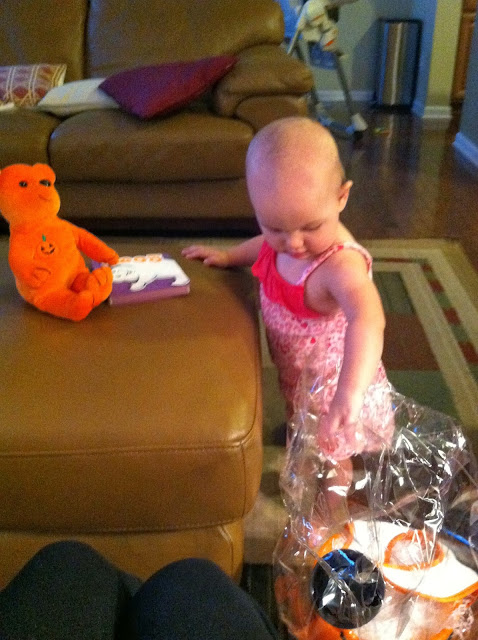 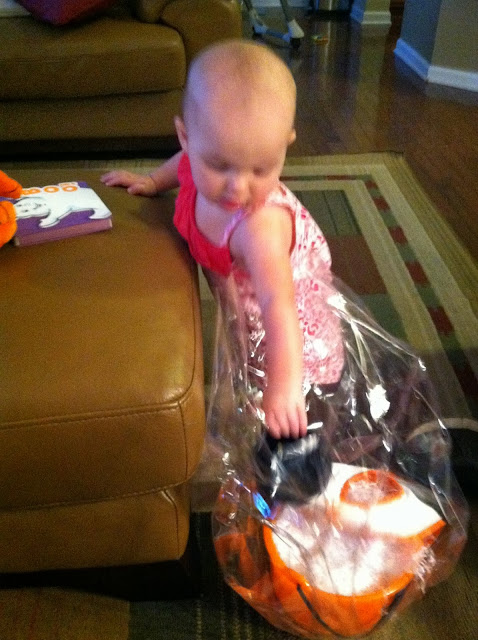 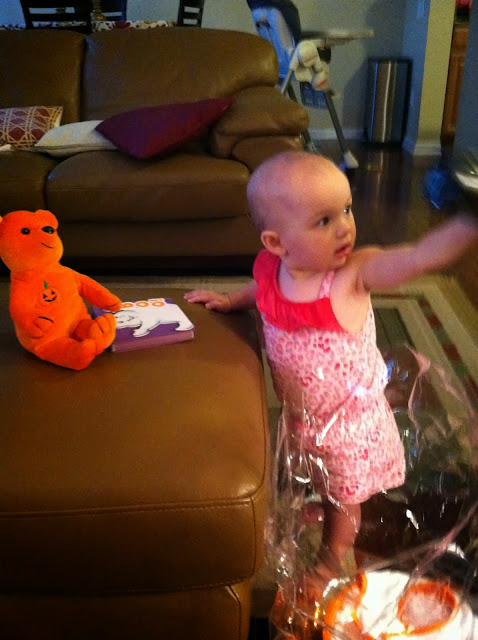 Shelby had such a great day at school today!
When I picked her up they told me to read her paper.
Guess what it said??
She let Miss Hannibel, the African American teacher change her diaper, feed her and hold her!!!
They were so excited!!
We are too!
I'm hoping Shelby has turned a corner. 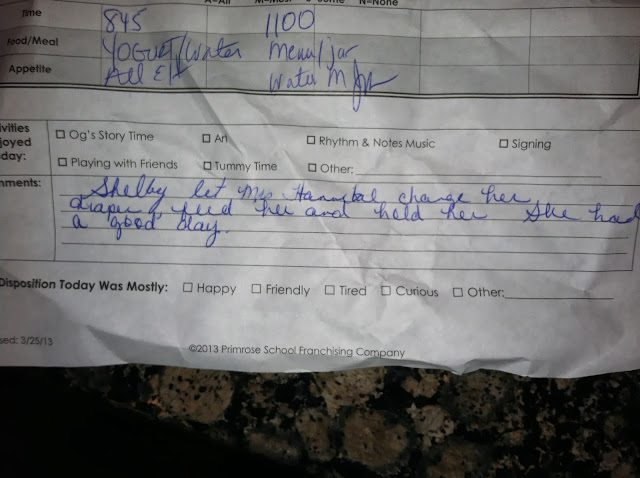 Next on our horizon as a family of 3 is a trip to the mountains in our camper this weekend.
We're slated to camp near the Smoky Mountain National Park.
Part of the plan is to tour Cades Cove on Sunday for the holiday weekend but if they don't open the government back up we'll have to find other things to do in the area.
Here's hoping these darn politicians can agree!!! 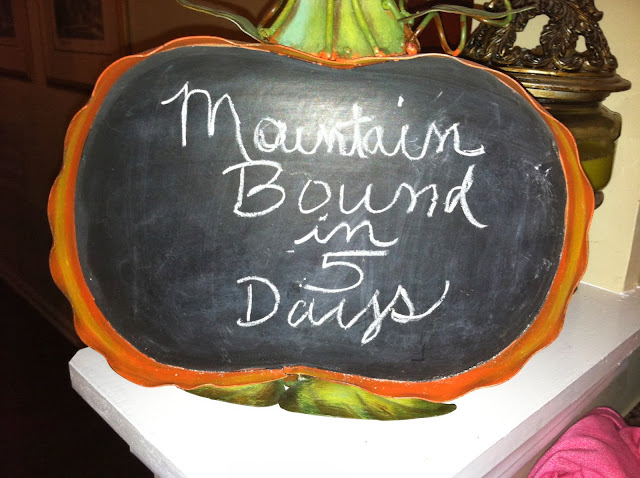 Is it sad that I'm posting about our weekend plans on Monday??
Posted by Dee Stephens at Monday, October 07, 2013

Love your MIL! She is the best!!

Shelby is just so precious and such a doll! We stayed in Maggie Valley last weekend and went to see the Elk in Cataloochee and the gate was closed. That shutdown is total BS!

What is wrong with Shelby's outfit? I think she looks precious!!!

I'm so jealous of your trip! We have been dying to go to the mountains this weekend but everywhere is either $500/night or all booked up. I forgot it was a holiday weekend, too!

Random note, I somehow can't follow you on Bloglovin' anymore? It won't refresh your posts, which is why I have a LOT of catching up to do! Do you know how to fix that?

ohh, that will be a fun trip! Glad she came around to the teacher!

We are hoping to pick up some pumpkins this weekend to decorate. Maybe it will feel a little bit more like fall around here once we get them :)

And there is nothing wrong with planning your weekend already! It sounds like it will be so much fun :)

Still in the 80's?? I wish we ALL could have a couple weeks of solid 70 degree weather! Today it's cold and rainy (it will probably even turn to snow, THAT'S how cold it is) and it feels like we are skipping over fall!

Shelby is growing up so fast! Love the pumpkins. What a fun thing to do. Can't wait to see your mountain pics.

Maybe it's just that teachers last name that scared her!