Ahh, the obligatory Fall trip to the pumpkin patch.
It has to be done and there has to be a camera there to capture every moment.
~~~~~~~~~
This was a first 'real deal' trip to the patch with Shelby.
Last year we went to a farm in York, SC but the weather was terrible and let's get real, Shelby was really too young.
We basically snapped a few pics, bought pumpkins and left.

This year was different because we met up with friends, the weather was nice and Shelby had a clue of what was going on.
Thanks to my friend Sarah for setting the day up and getting everyone on board.
Check out her blog here.
This year's farm was Hodges Family Farm up in North Charlotte. 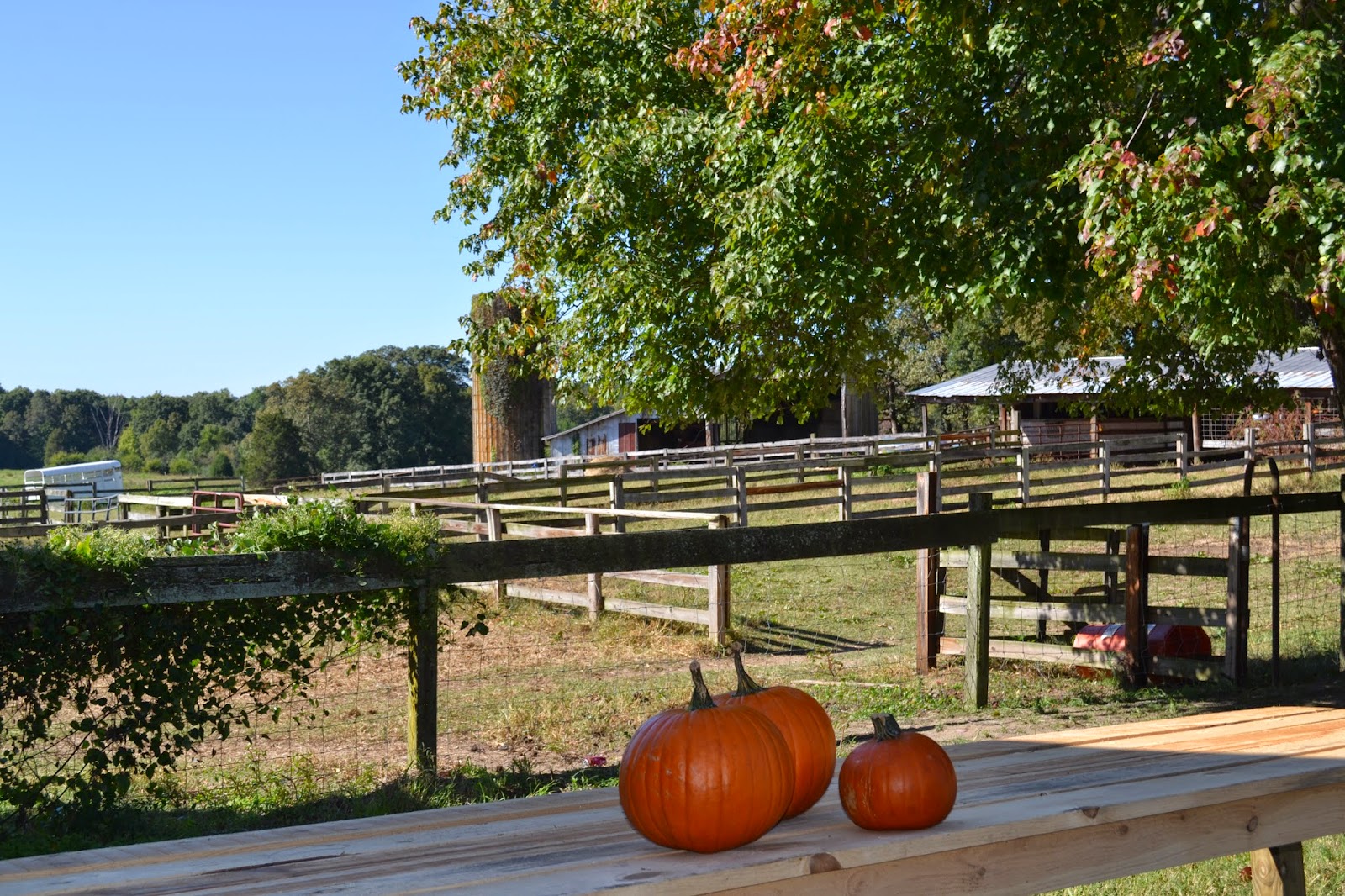 Of course I had to have all of us dressed in our Fall attire and luckily Shelby forgot she had a bow on her head. 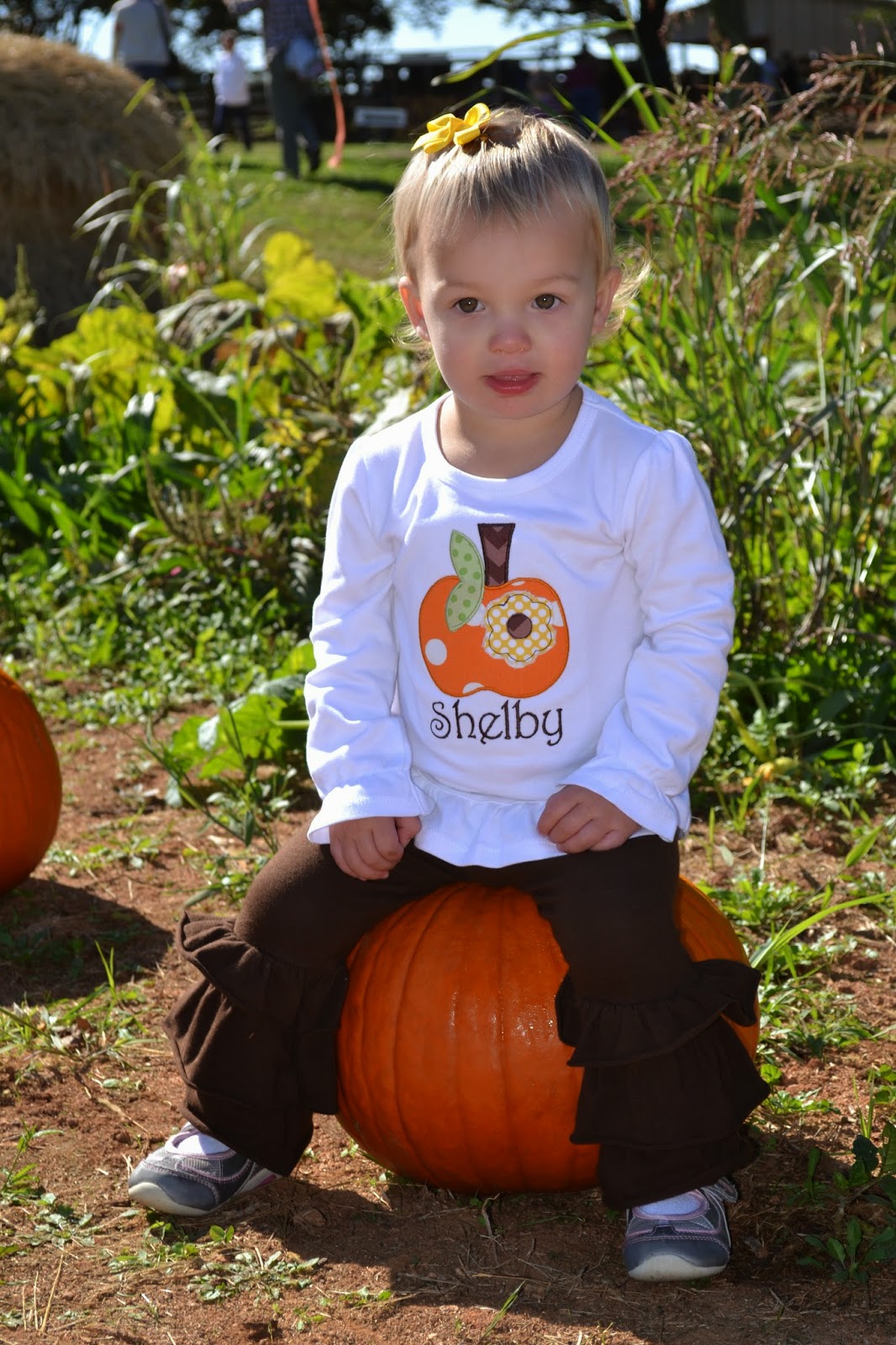 Tons of pumpkins and sunflowers.
The place was super cute and had a true farm feel. 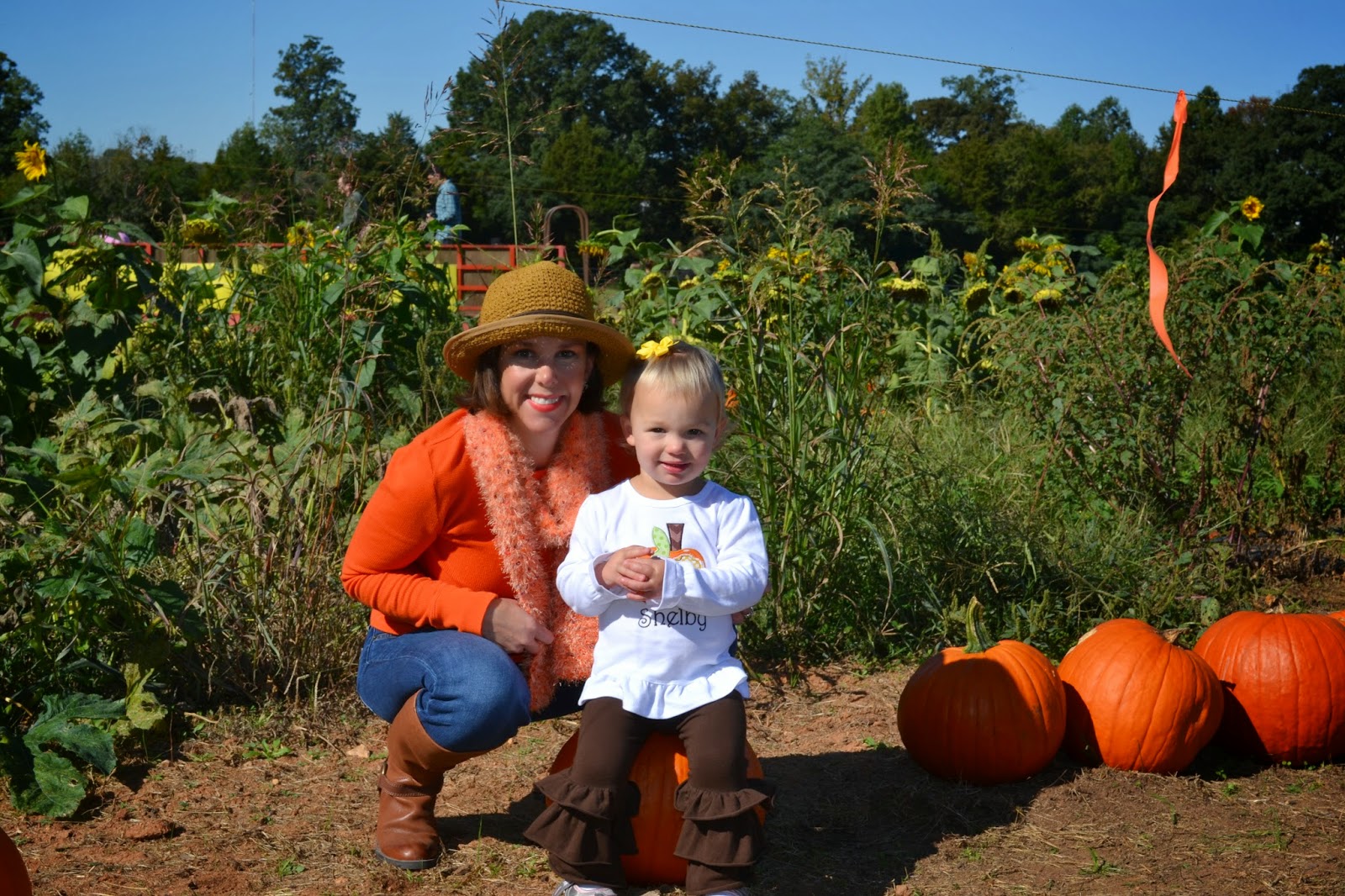 They provided wagons for people to gather pumpkins in, and Shelby couldn't get enough of that. 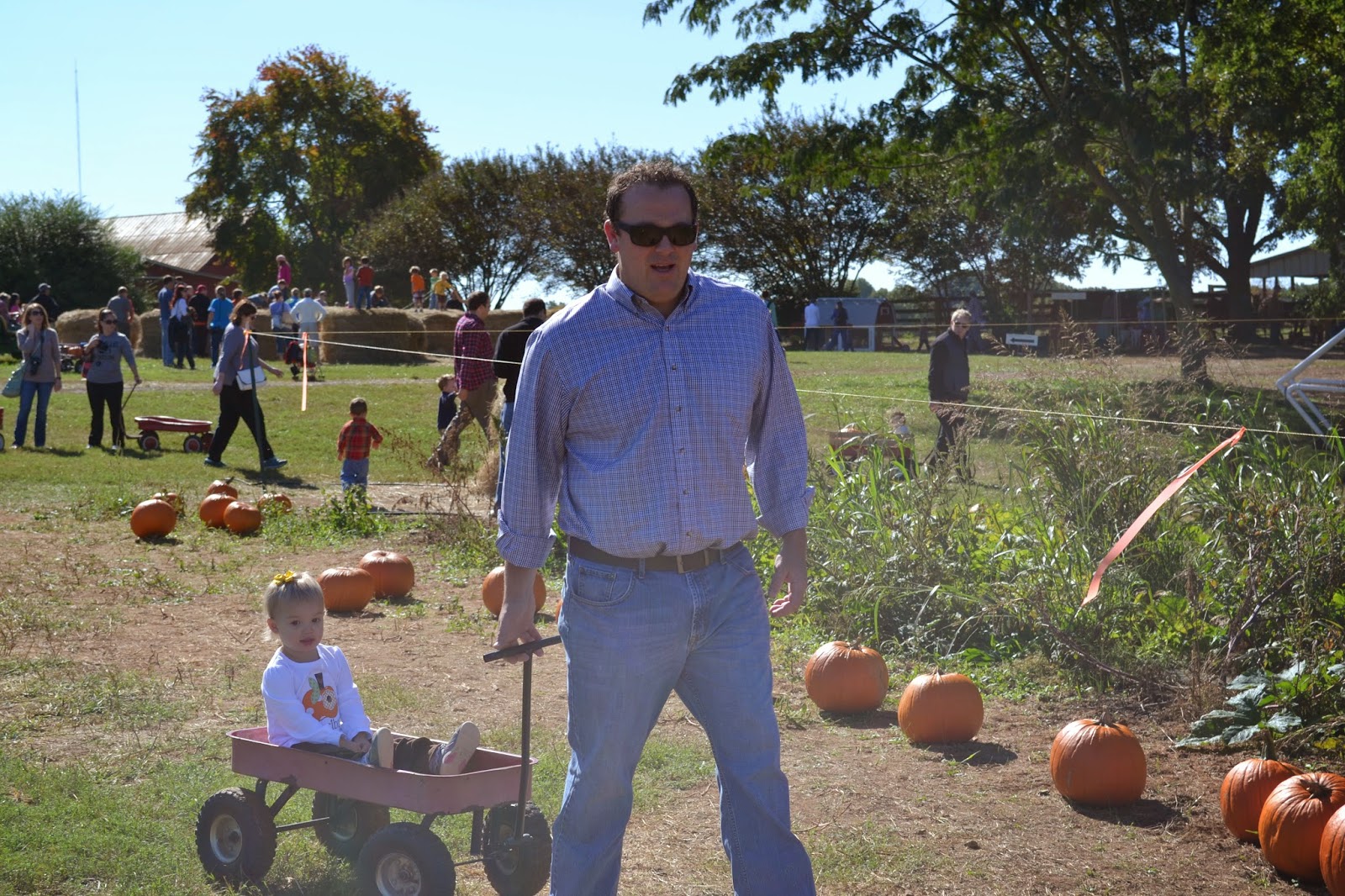 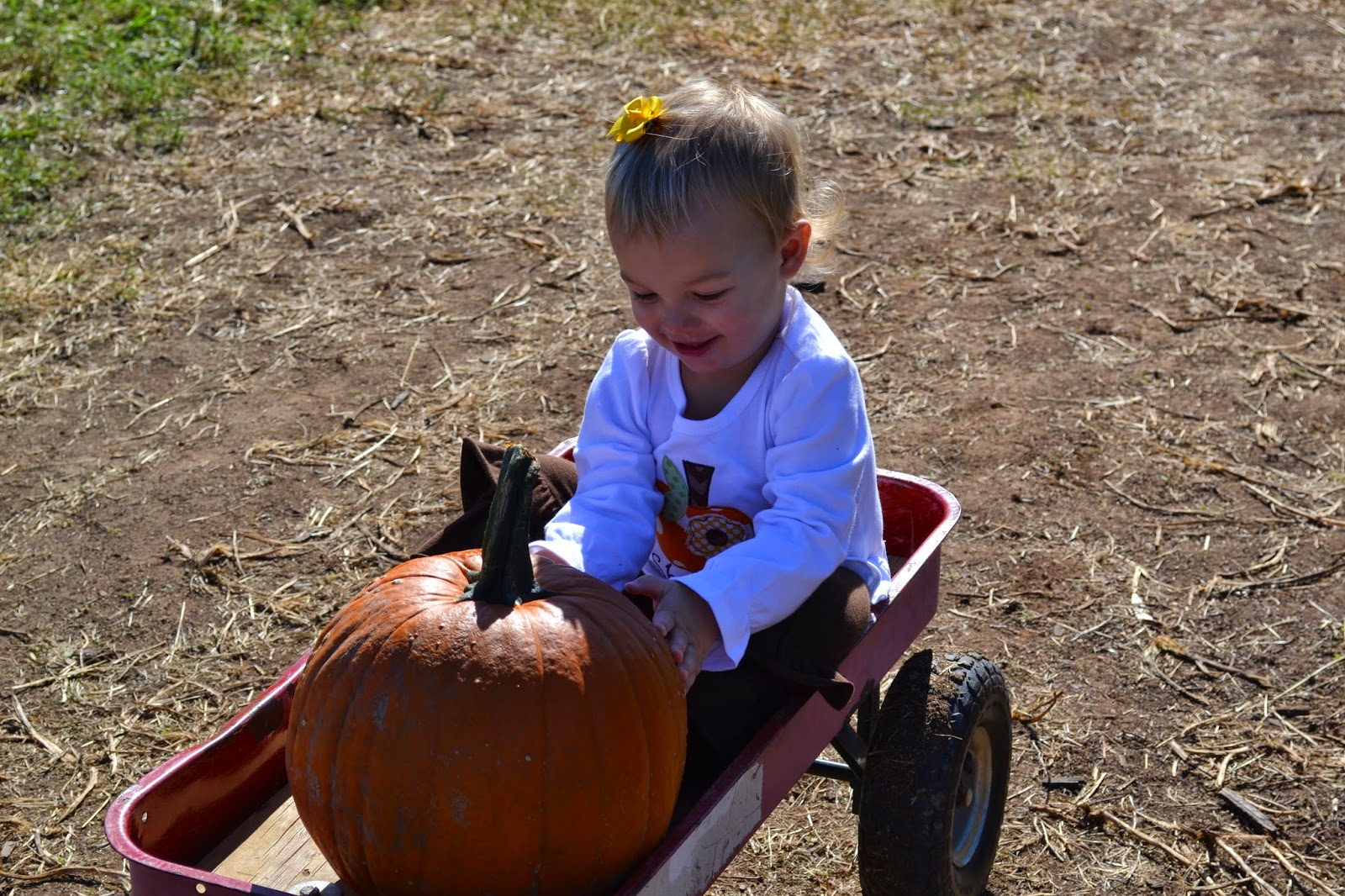 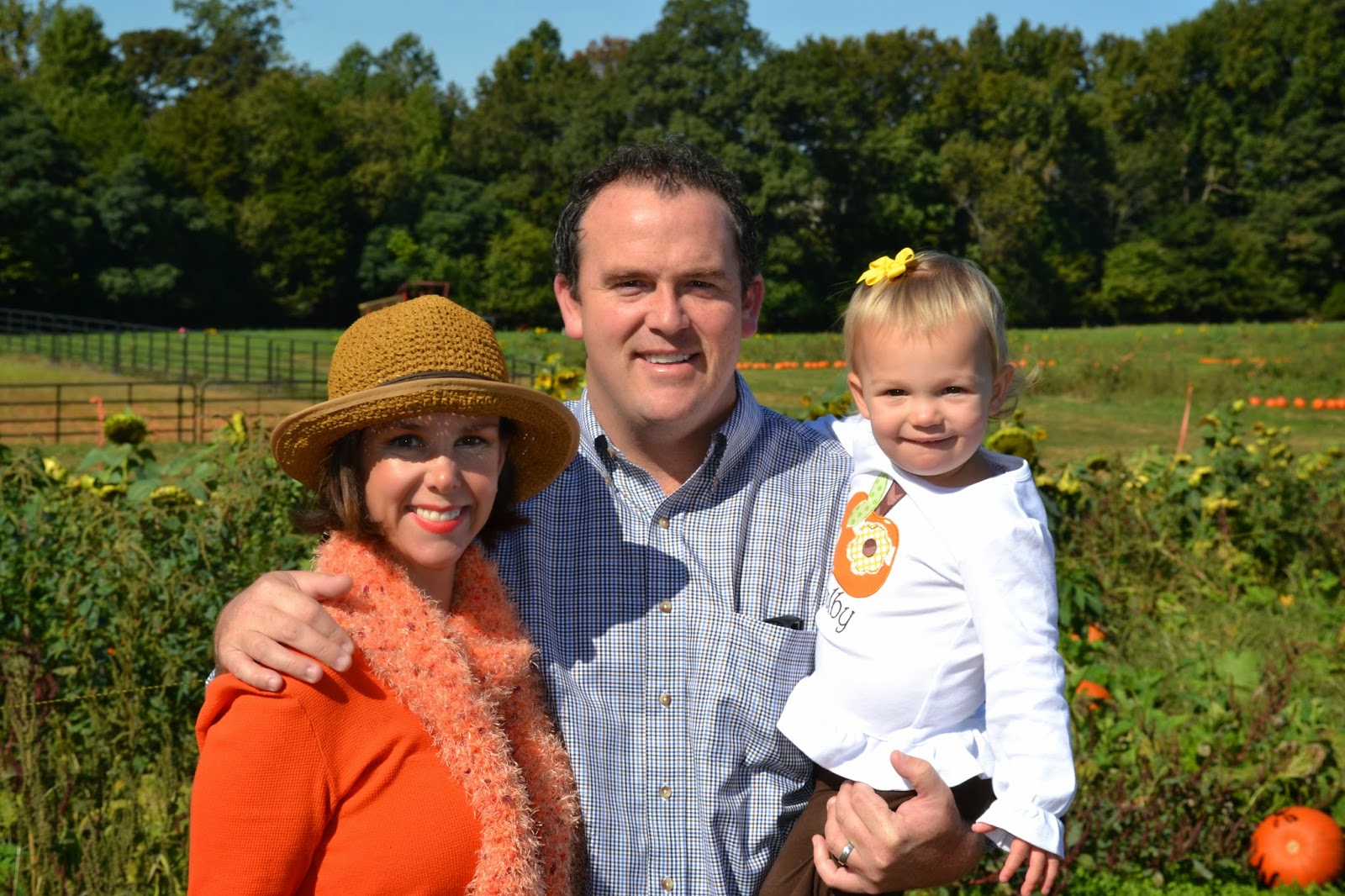 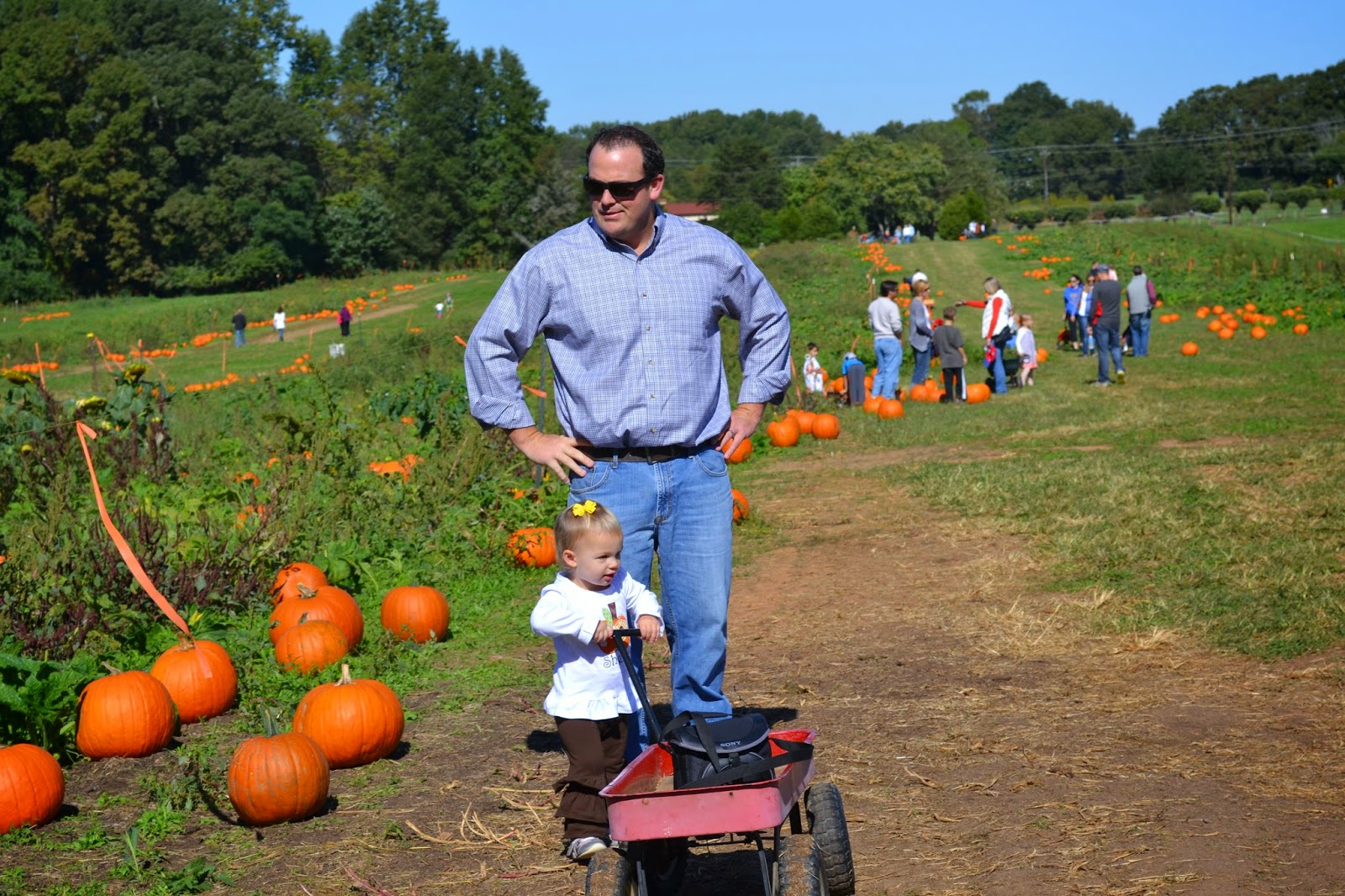 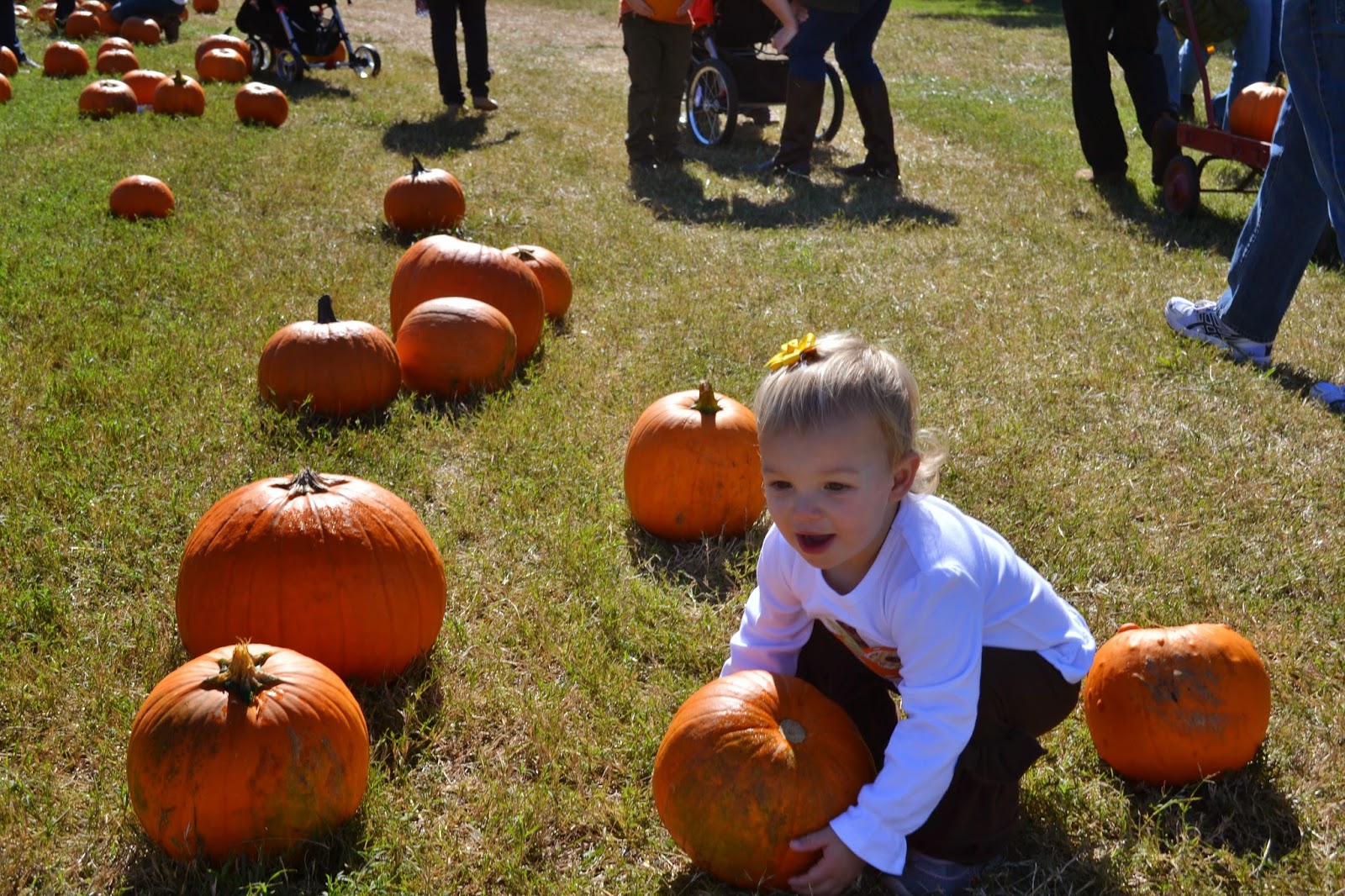 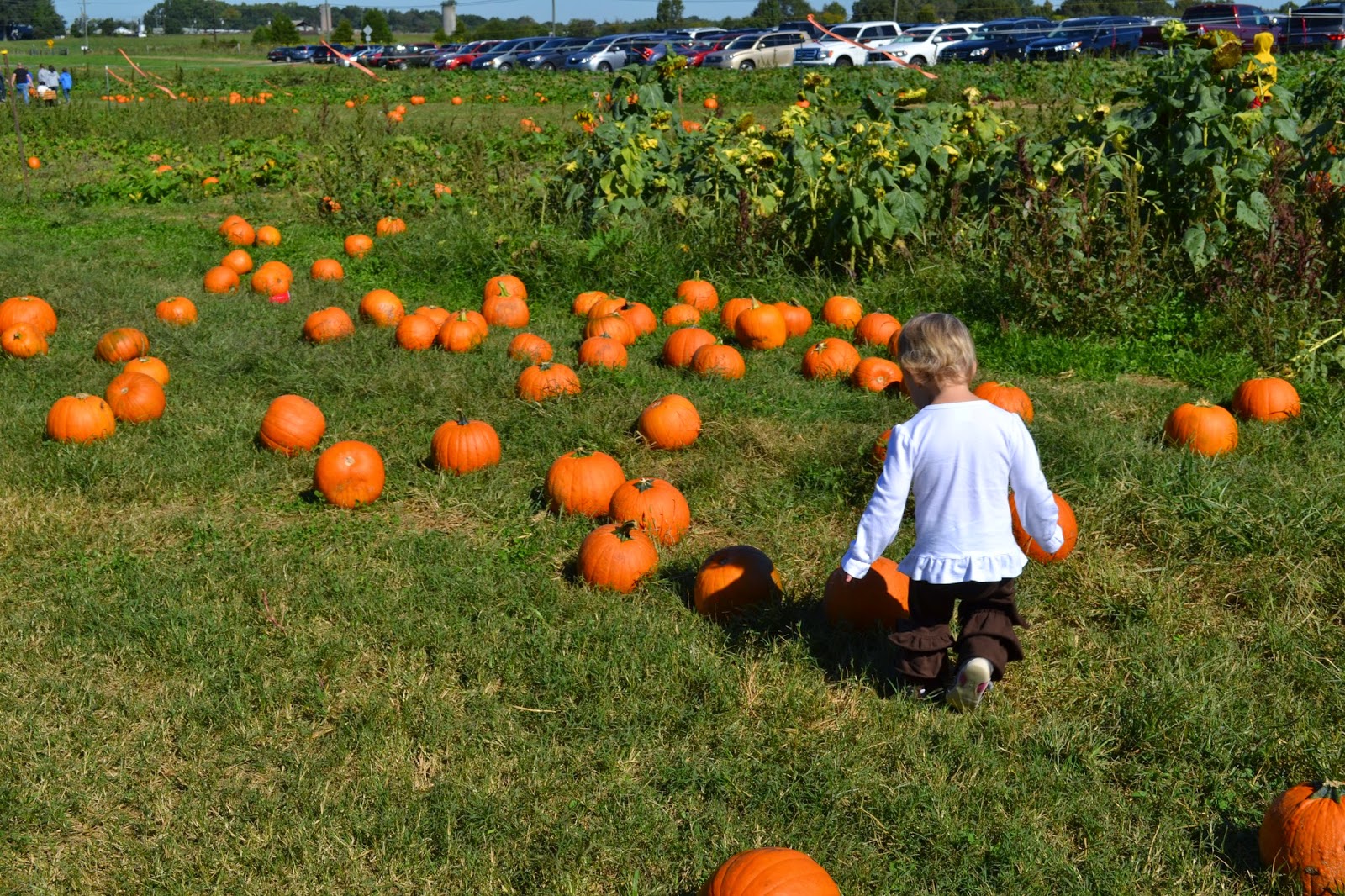 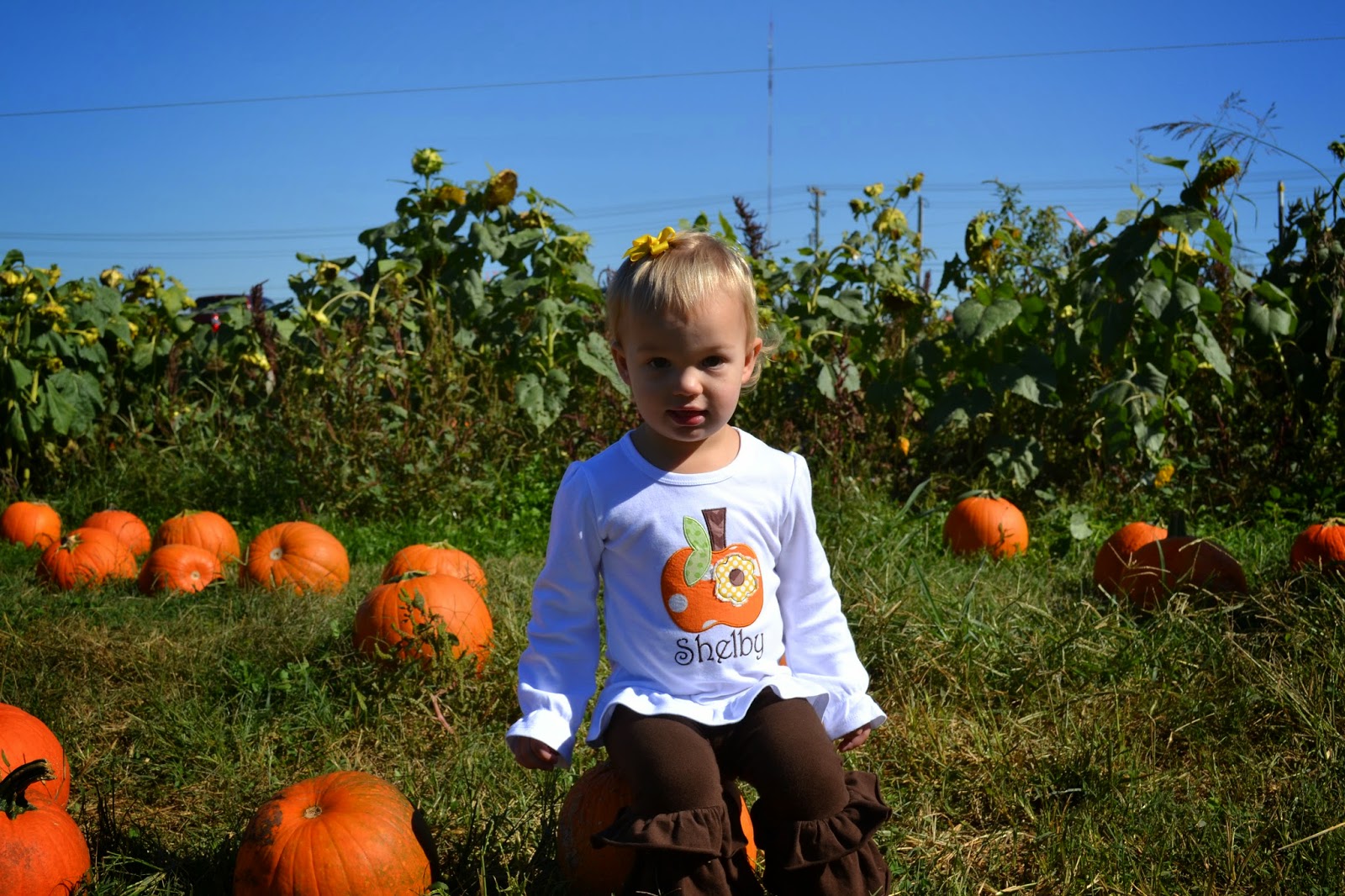 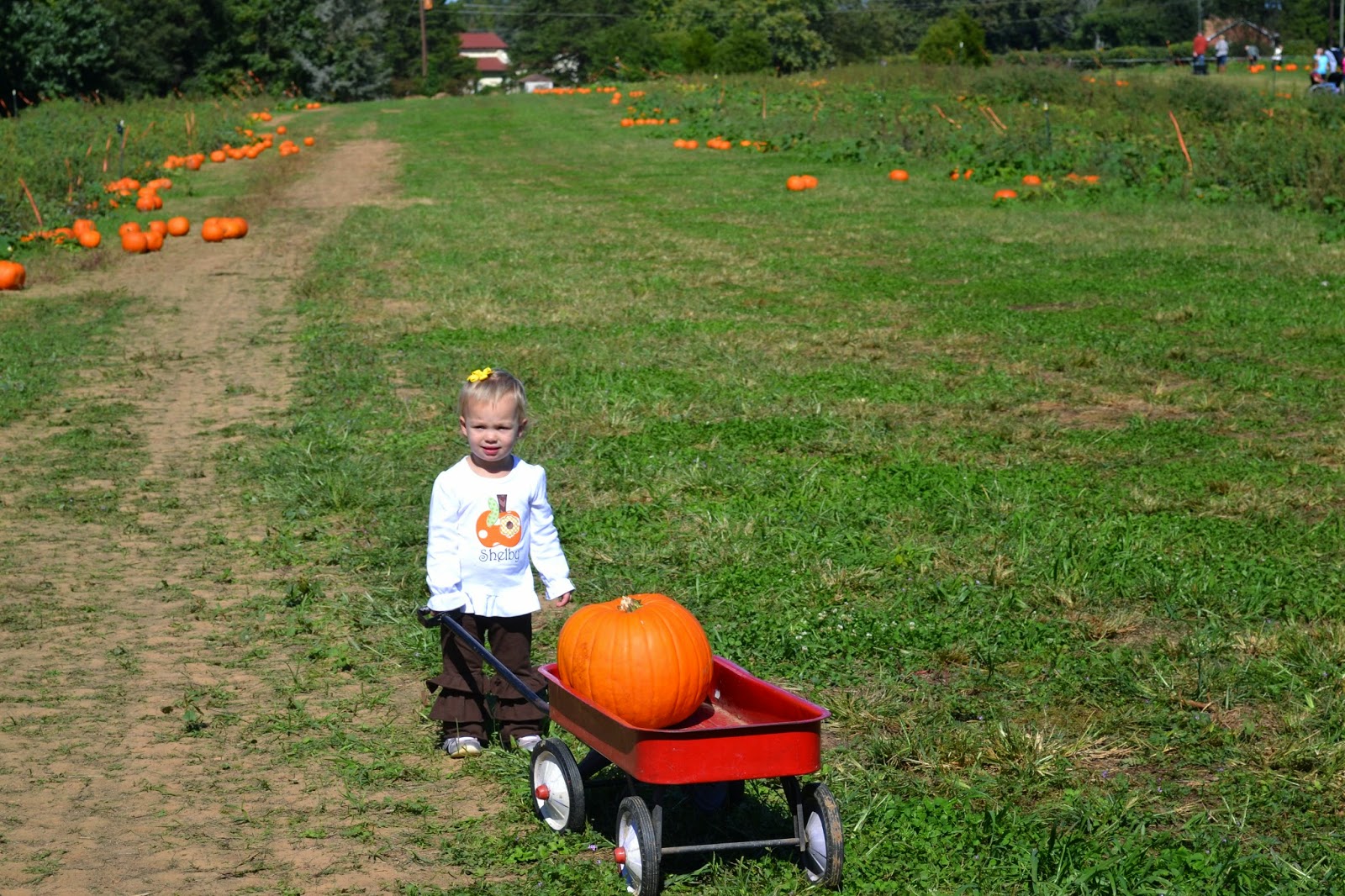 The farm also had a corn maze(which Shelby wanted nothing to do with), and farm animals.
She was into the animals and letting us know what they were and what sounds they make. 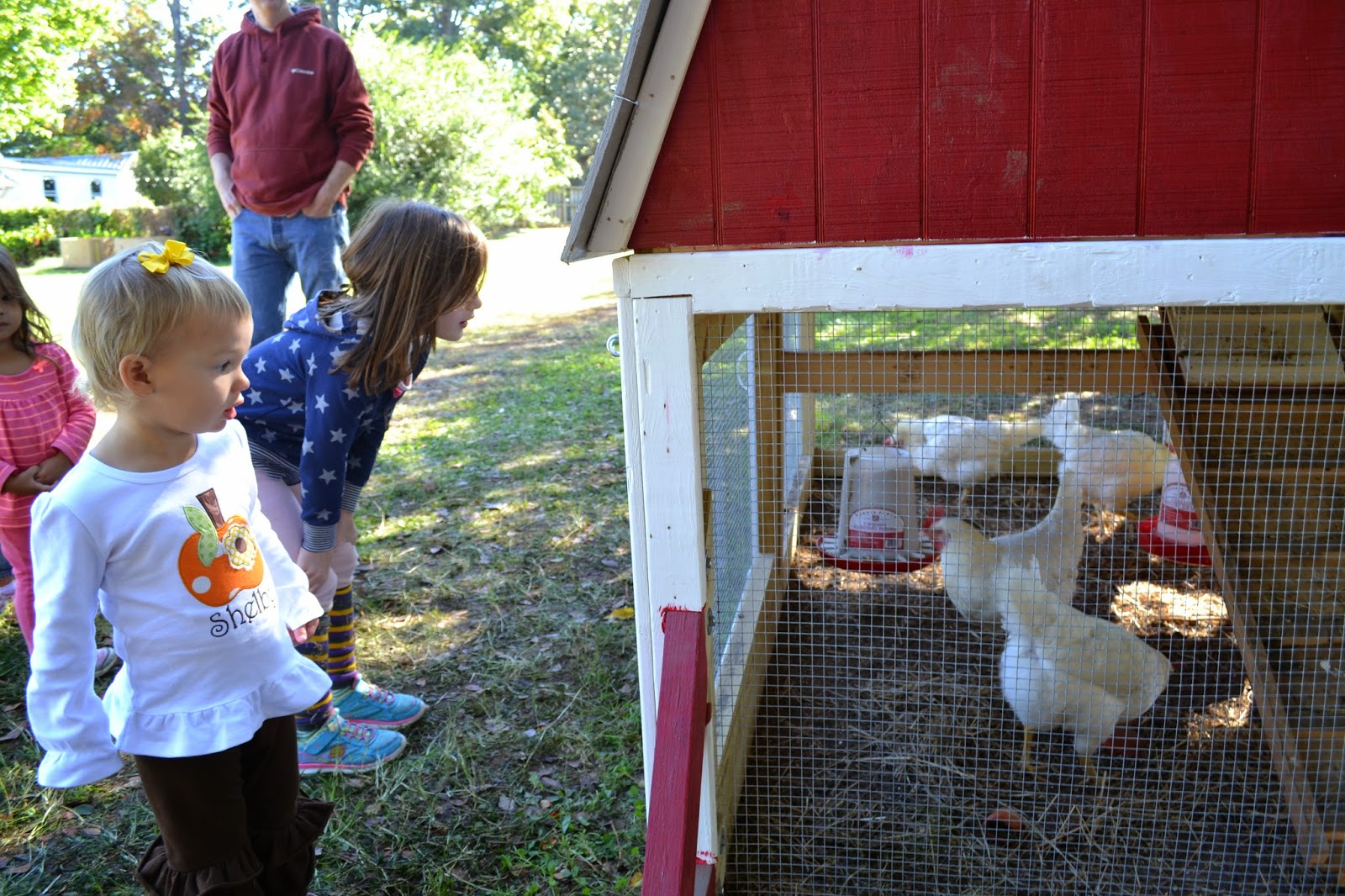 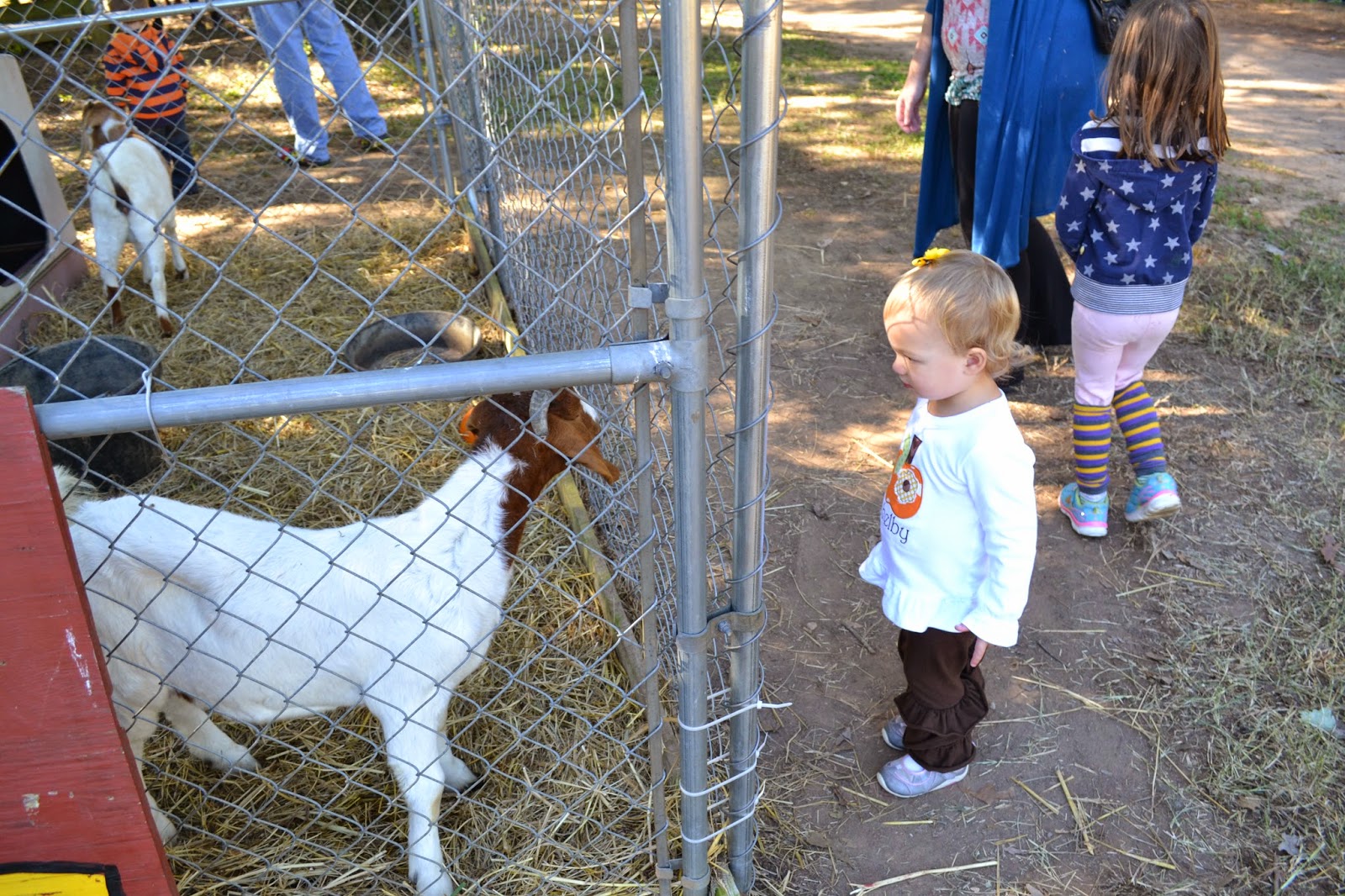 I think the pig was her favorite! 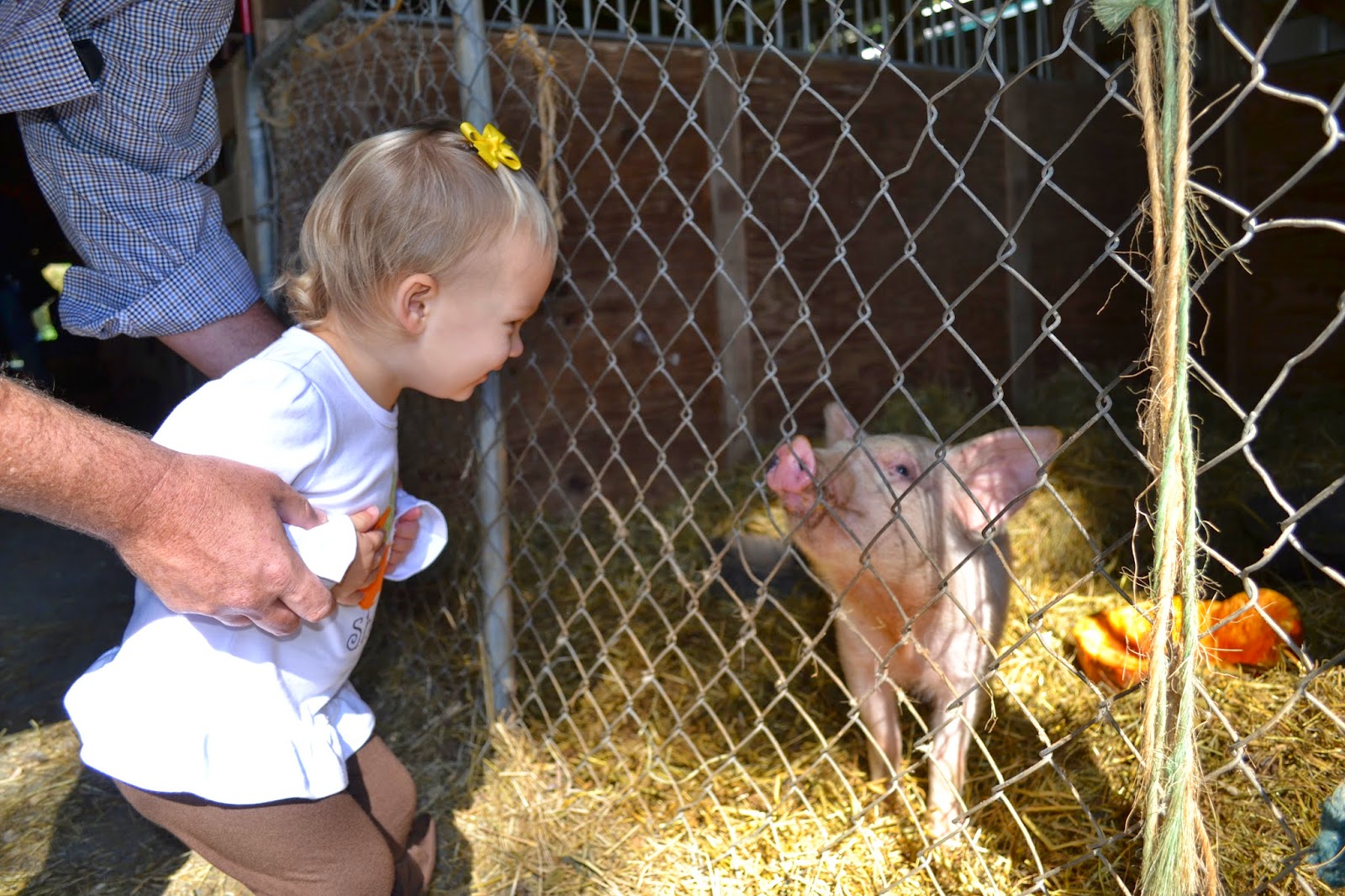 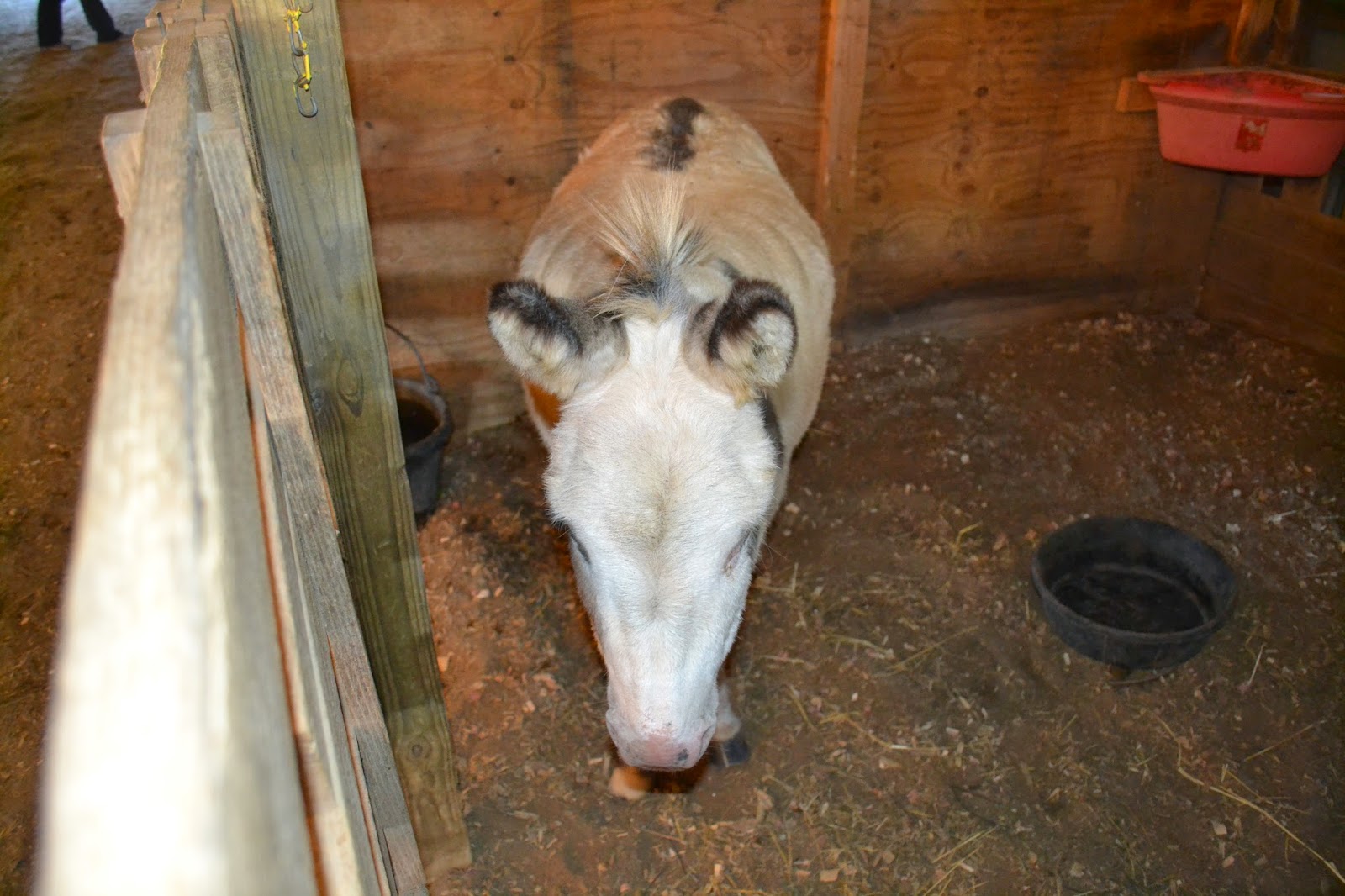 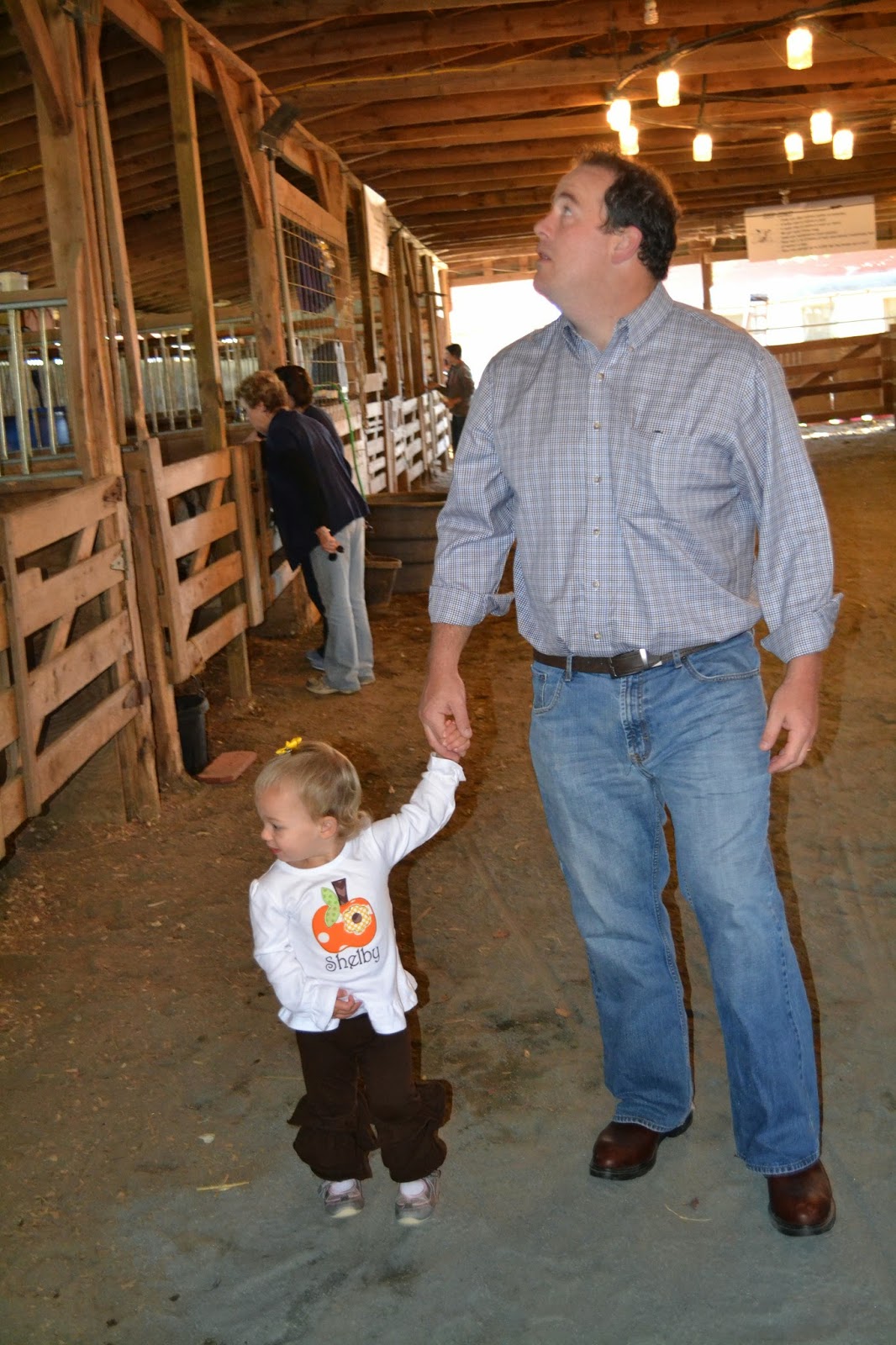 She also enjoyed being around our friend's kiddos. 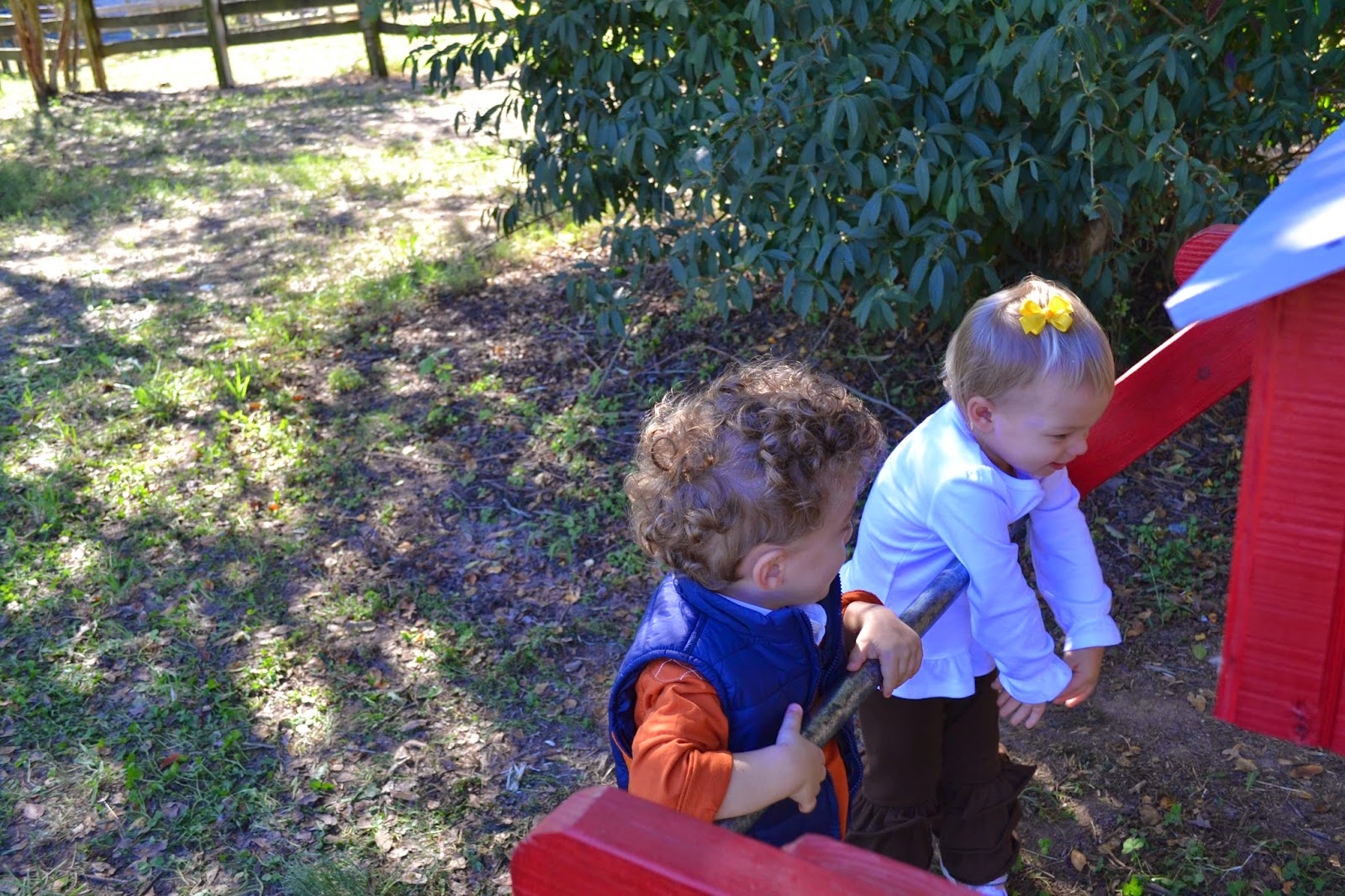 Not sure what was up with this look..pretty sure it runs on the Stephens' side of the family as our nephew tends to give the same one. 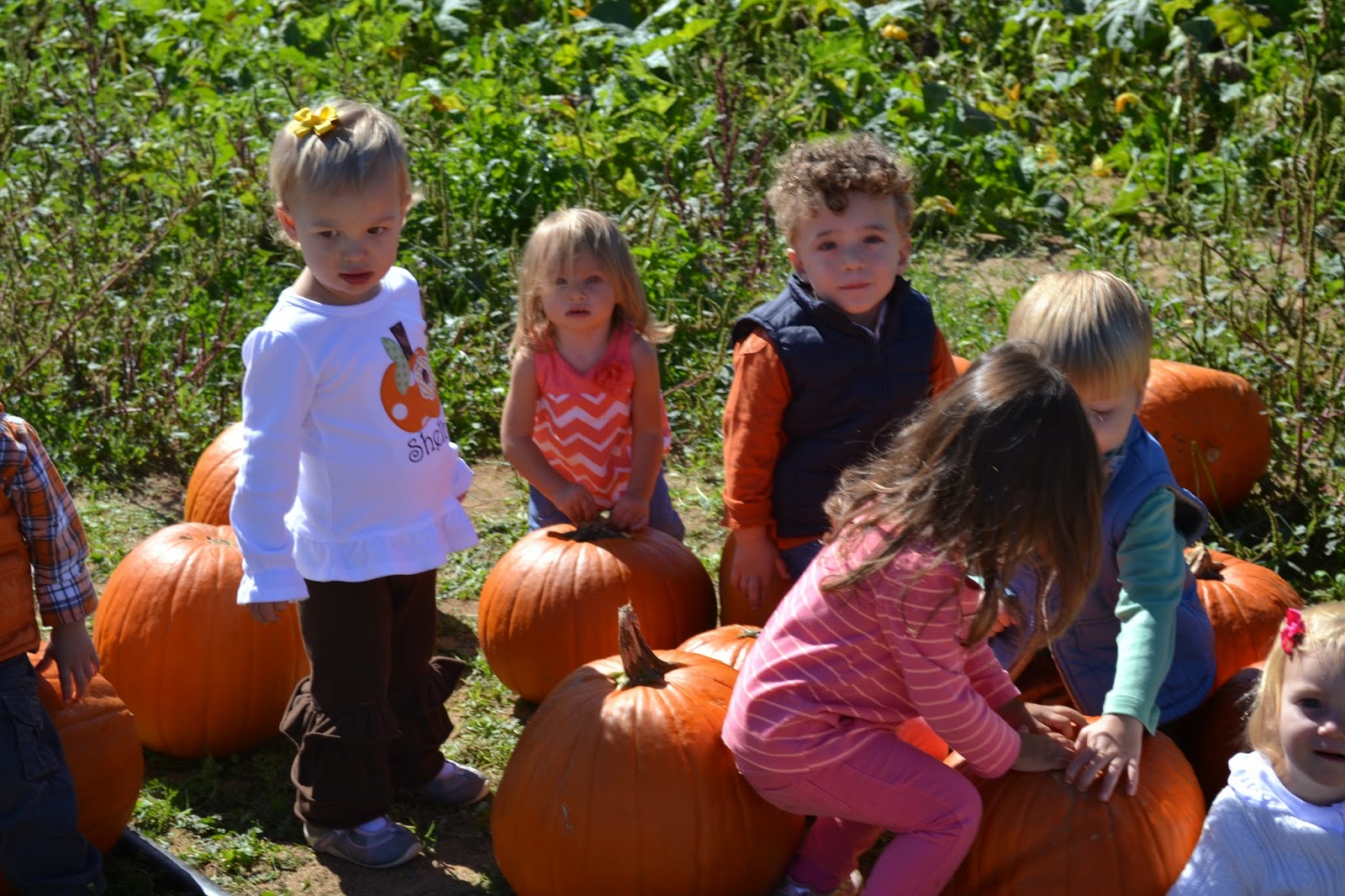 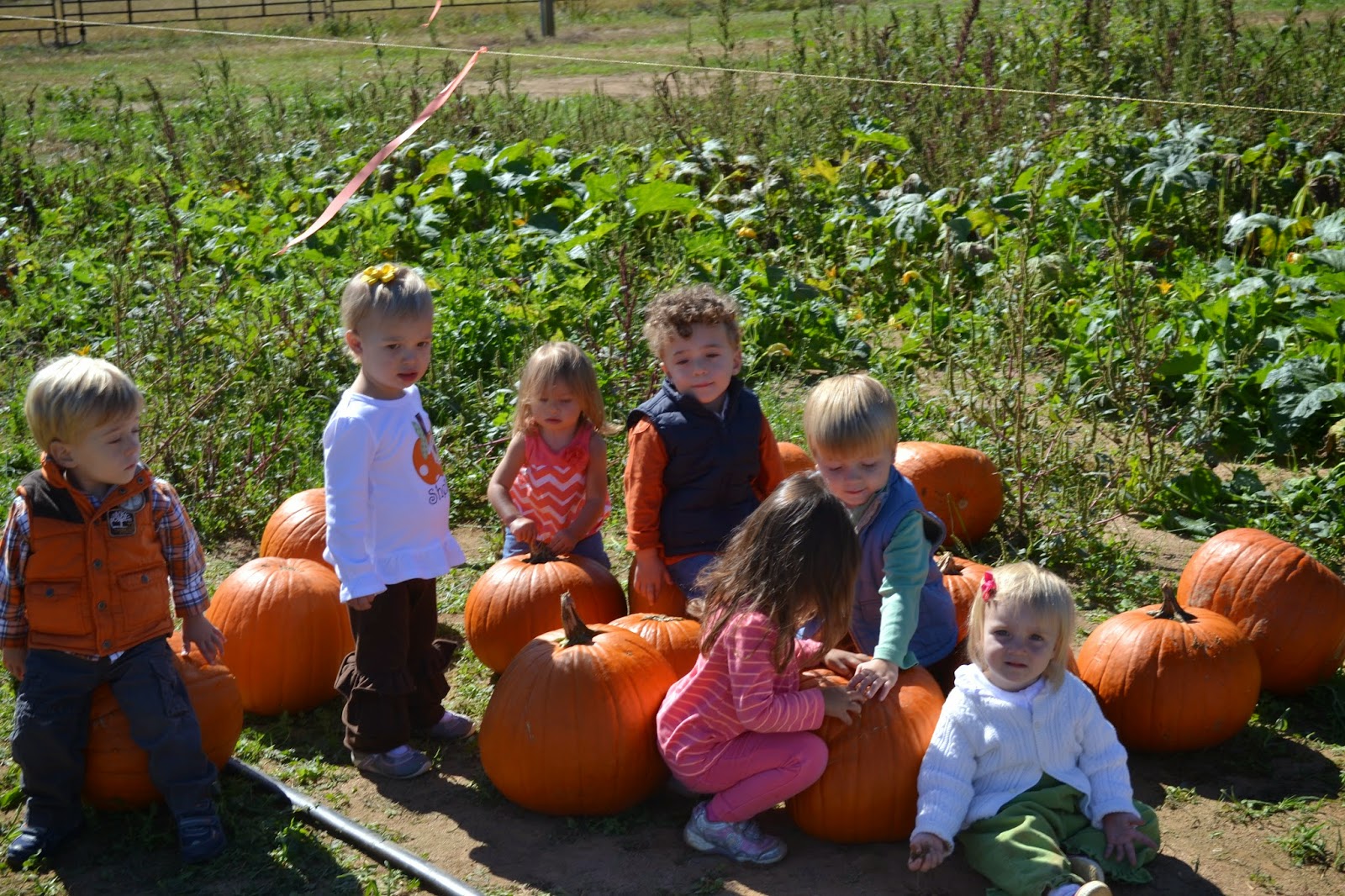 Of course we took a hayride around the farm.
Shelby got a big kick out of the tractor. 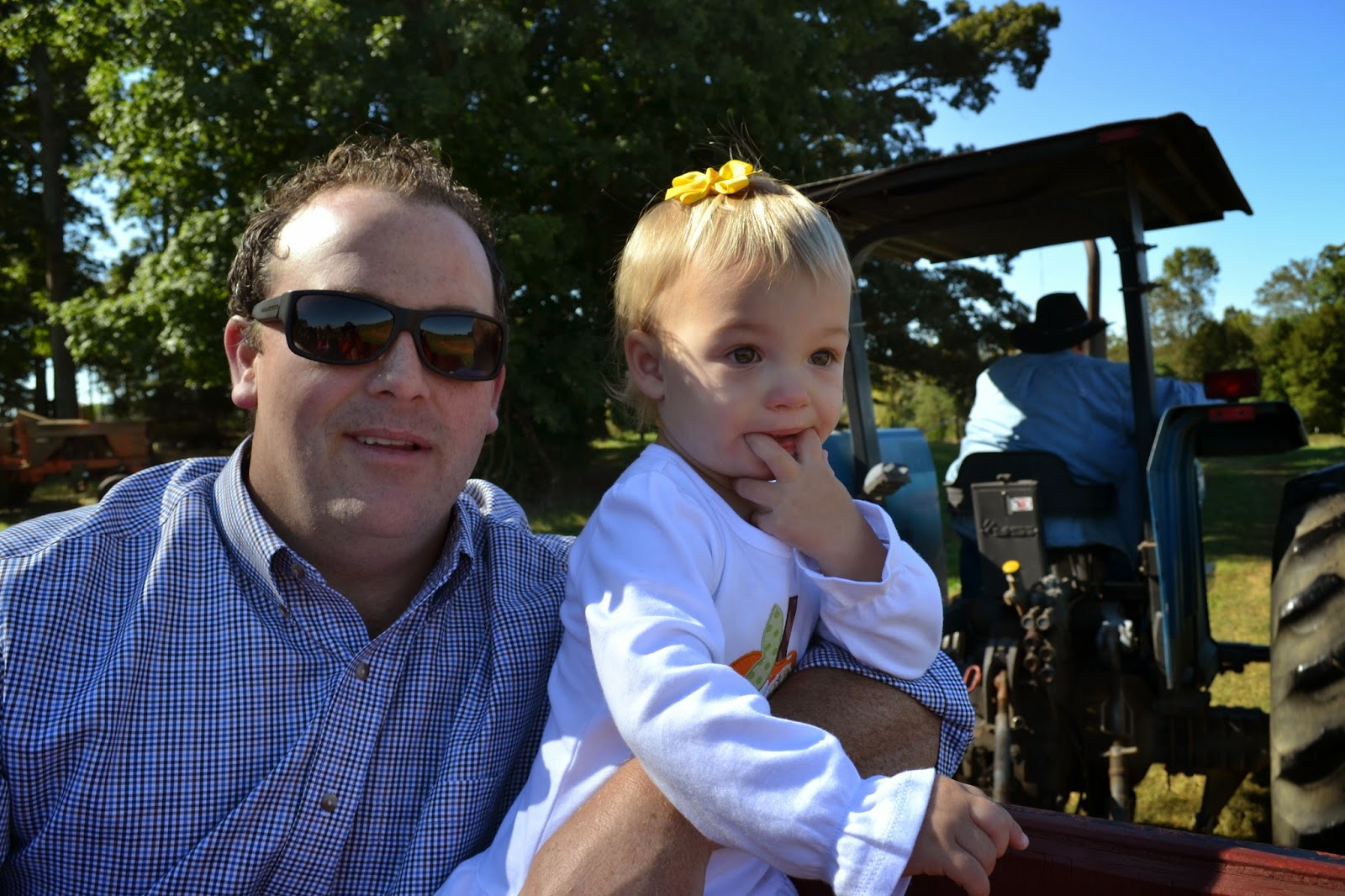 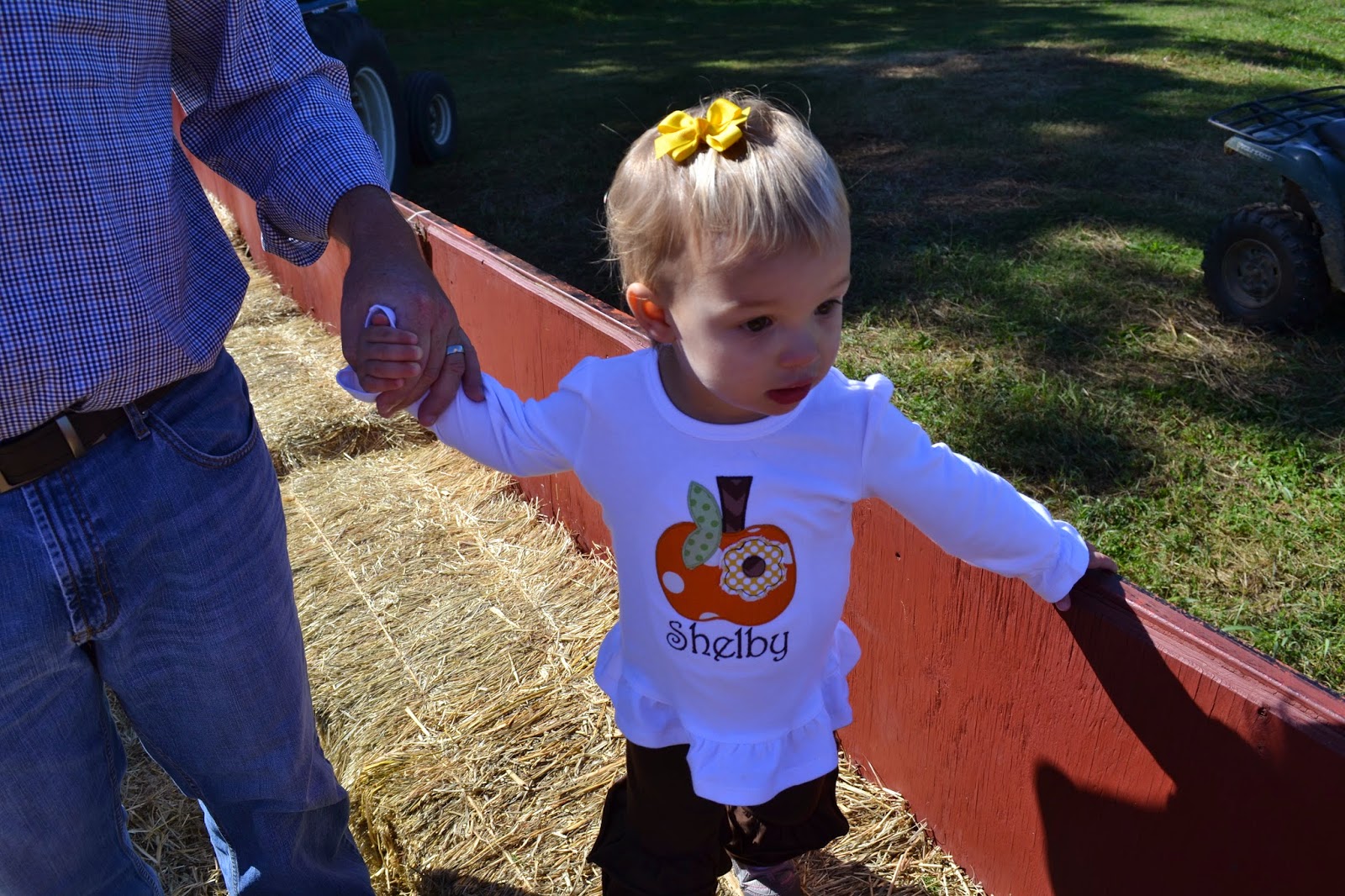 There were other fun activities like horse ride, but Brad didn't like the idea thinking she might melt down.
I personally think it could have gone either way. 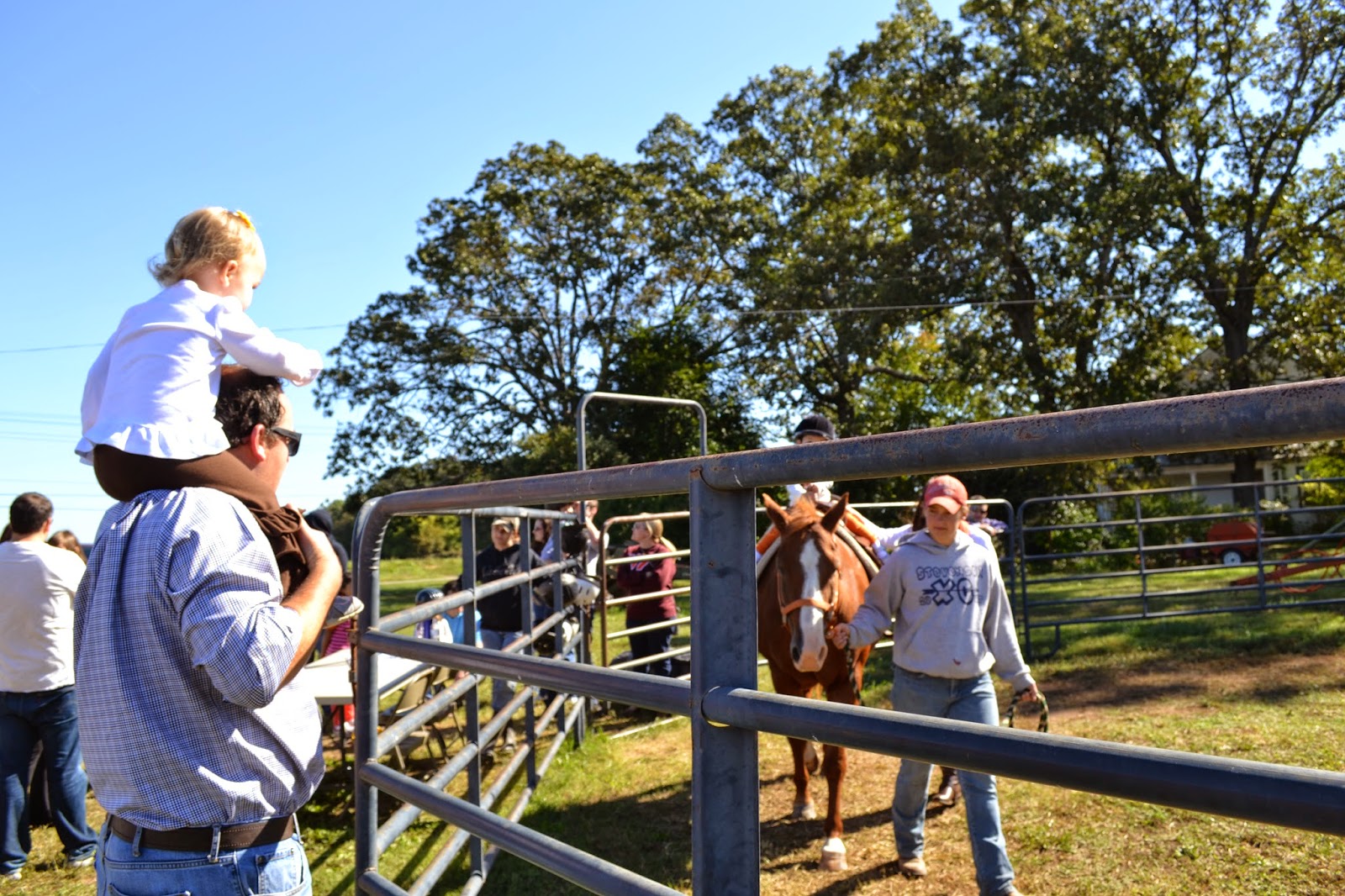 Homemade ice cream, kettle corn, cider, they had it all. 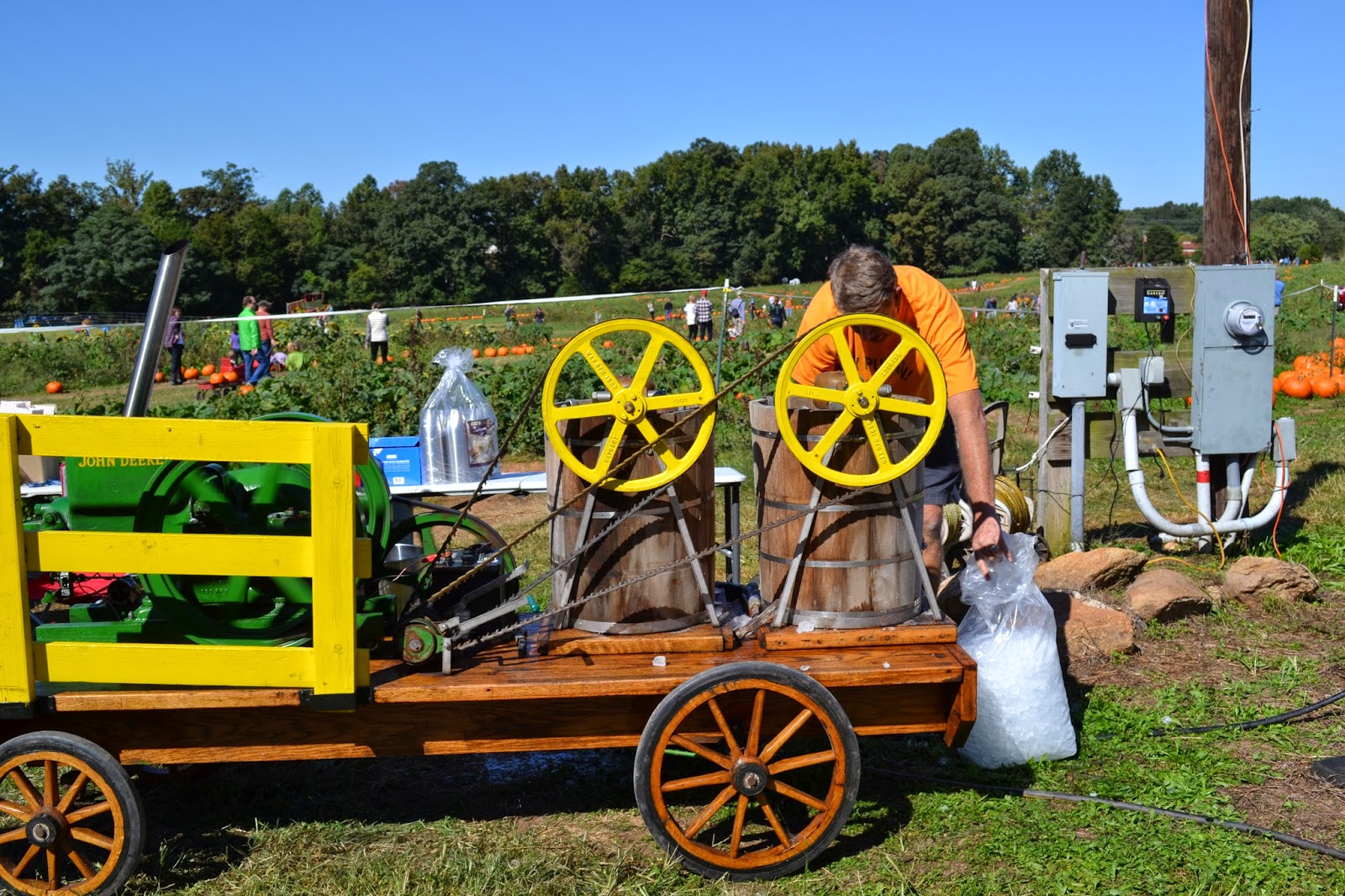 This was the first pumpkin patch for us this Fall season but it's by far not the last.
The next 2 weekends I'll be in the mountains and you bet your bottom dollar that I'll be hitting up a few more!
Posted by Dee Stephens at Monday, October 06, 2014

My goodness Shelby looks so cute and perfect in her outfit to the patch. Glad y'all had fun!

These pictures are all so good!! I am dying to go to a pumpkin patch and the weather has been perfect for it lately!

So much fun! We are going this weekend and I cannot wait! Love Shelby's outfit....must know where you got that shirt from!!!

I love it! So sweet. I can't believe how blonde Shelby is. Adorable!

Fun! Fall is my favorite time of year!! Shelby looks precious. John Robert is obsessed with pumpkins this year. He has 5 in his room so far and wants to keep adding. ha!!

Love her little yellow hair bow. Looks like so much fun!

Almost caught up! Was wondering about Shelby's pumpkin patch trip. Always a favorite for us.