This past weekend Charlotte got an American Girl store.
Everyone in this area has been waiting with bated breathe.
I haven't thought that much about it since Shelby isn't at the age to want anything and everything AG.

But, we did get Shelby an American Girl Bitty Baby for her 1st birthday.
She has multiple babies, but the Bitty is by far her favorite.

Well, on Sunday, after making cookies, we were looking for something to do to get out of the house and I suggested we go to the new AG store.
HOLY MOLY!!
What fun we had!!
We seriously lucked out that we went during the Panthers game and the store wasn't as crowded as it had been.
Several ladies working in the store said they have had 4,000 people through the store since they opened, but Sunday happened to be a lot calmer.

Shelby was in heaven with all the babies, as to say, so was I! I'm such a GEEK!! 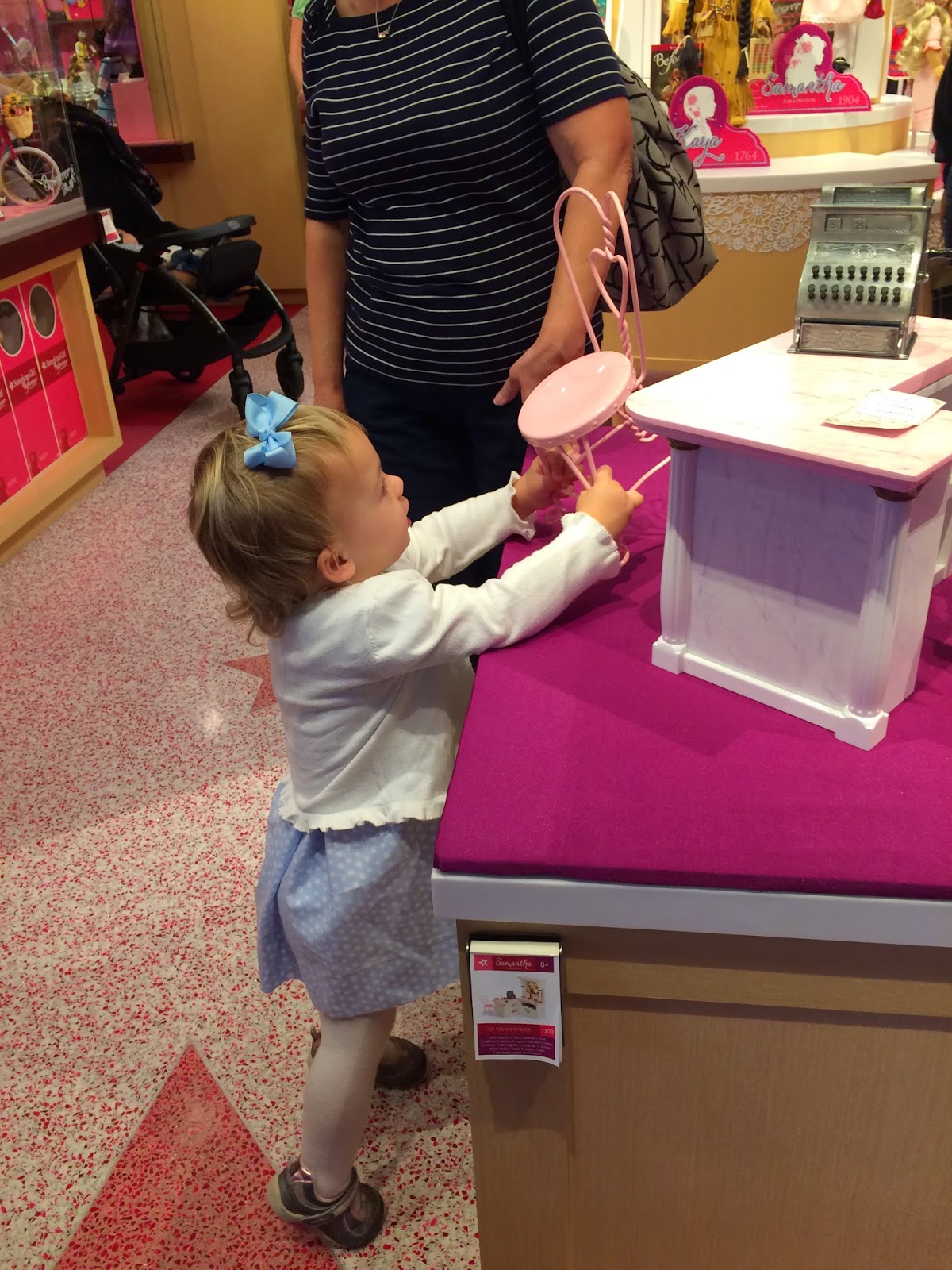 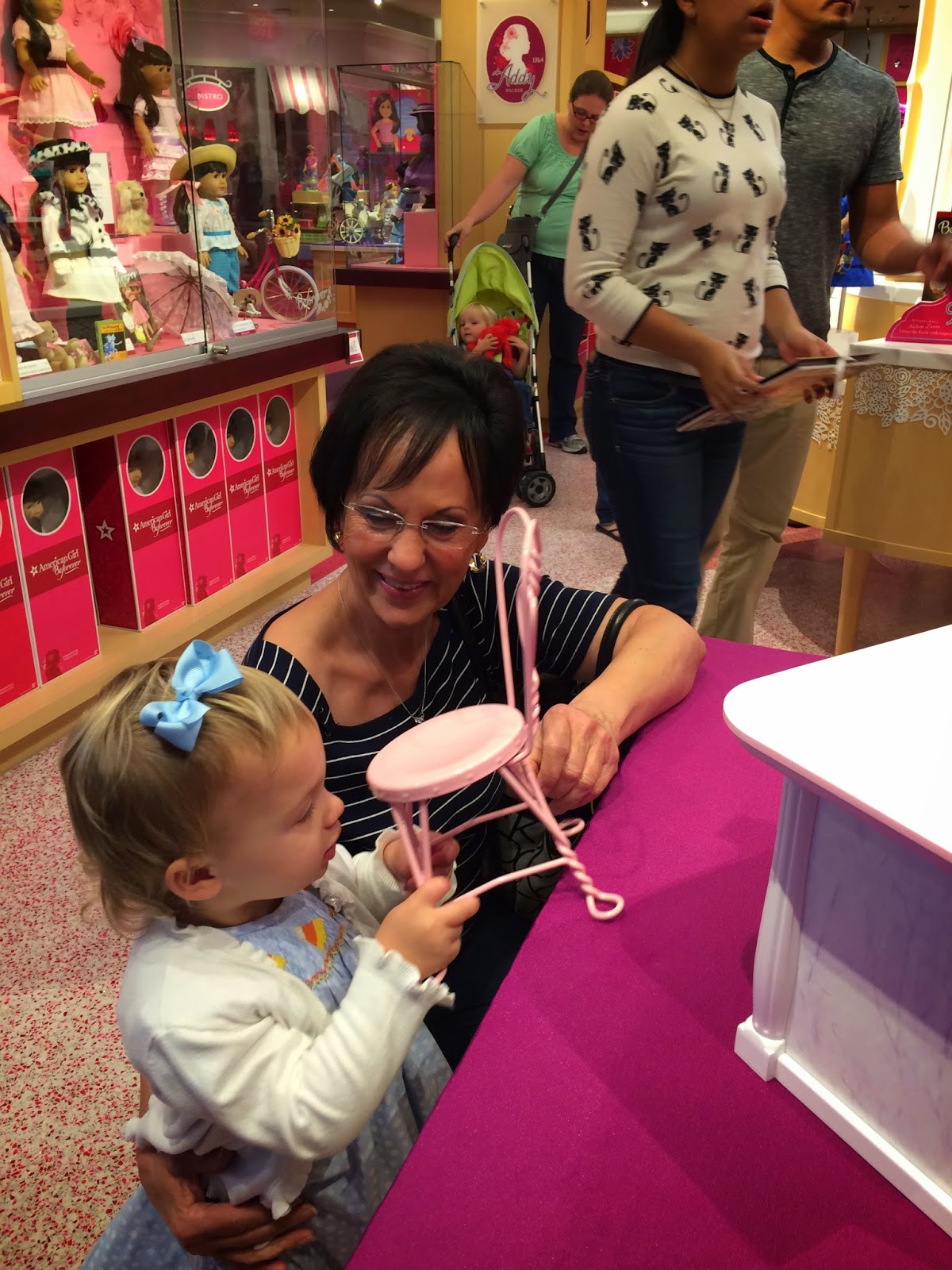 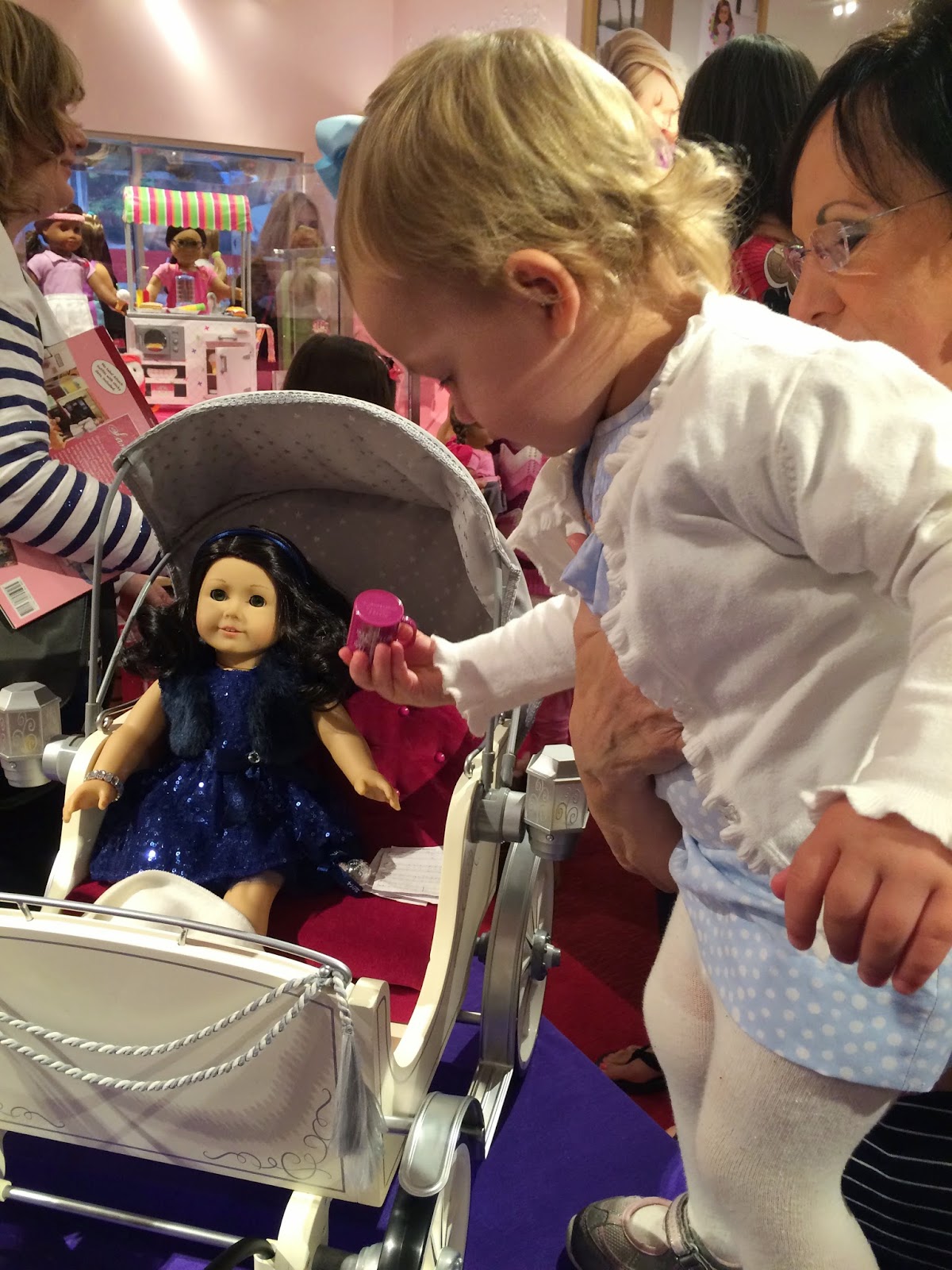 I just loved the dolls who were camping.
Had to get a photo, and that's when I noticed that they had a Bistro in the the store. 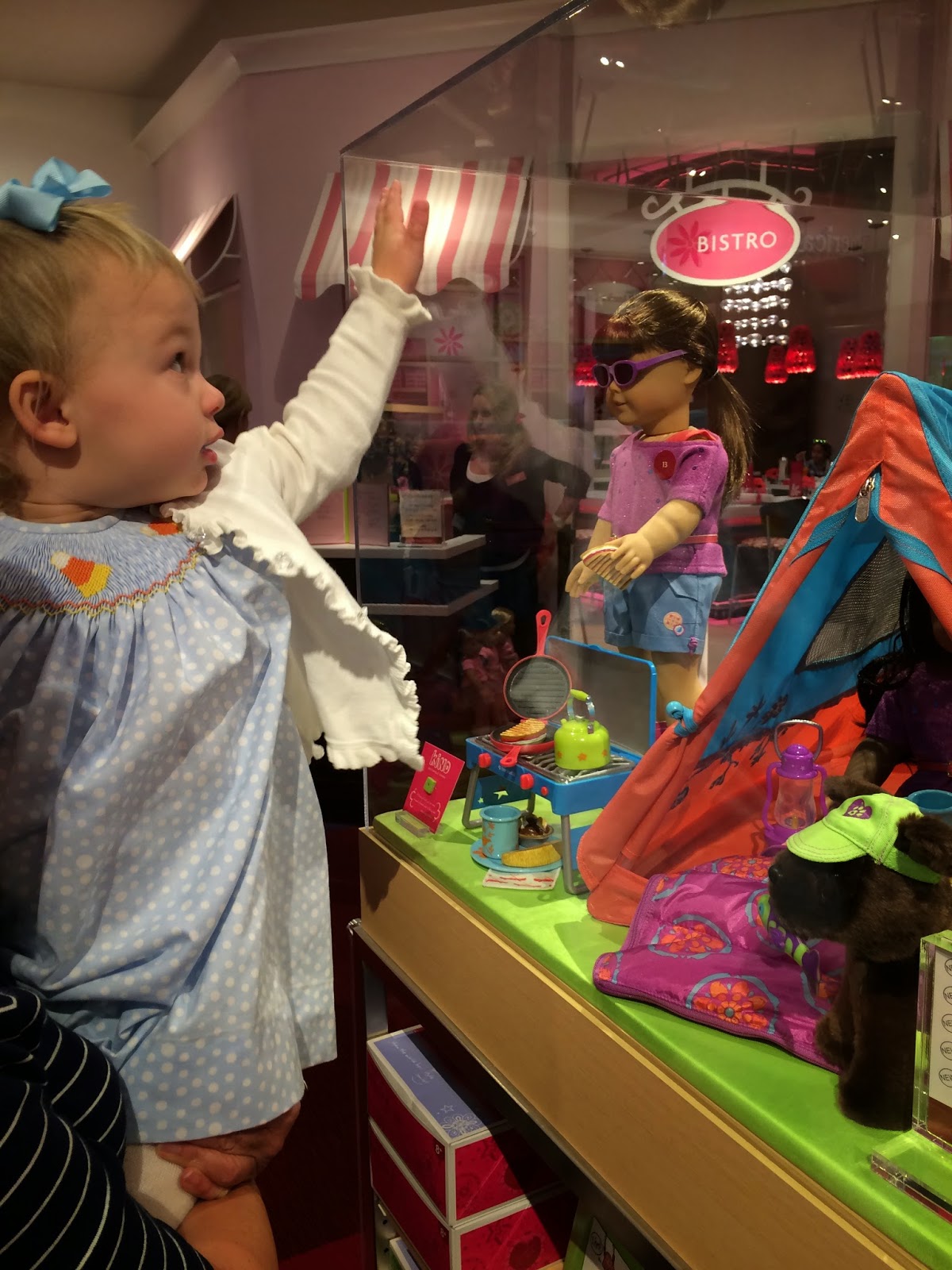 OMG!
I just knew we had to have a late afternoon snack there but was told it was booked for weeks. 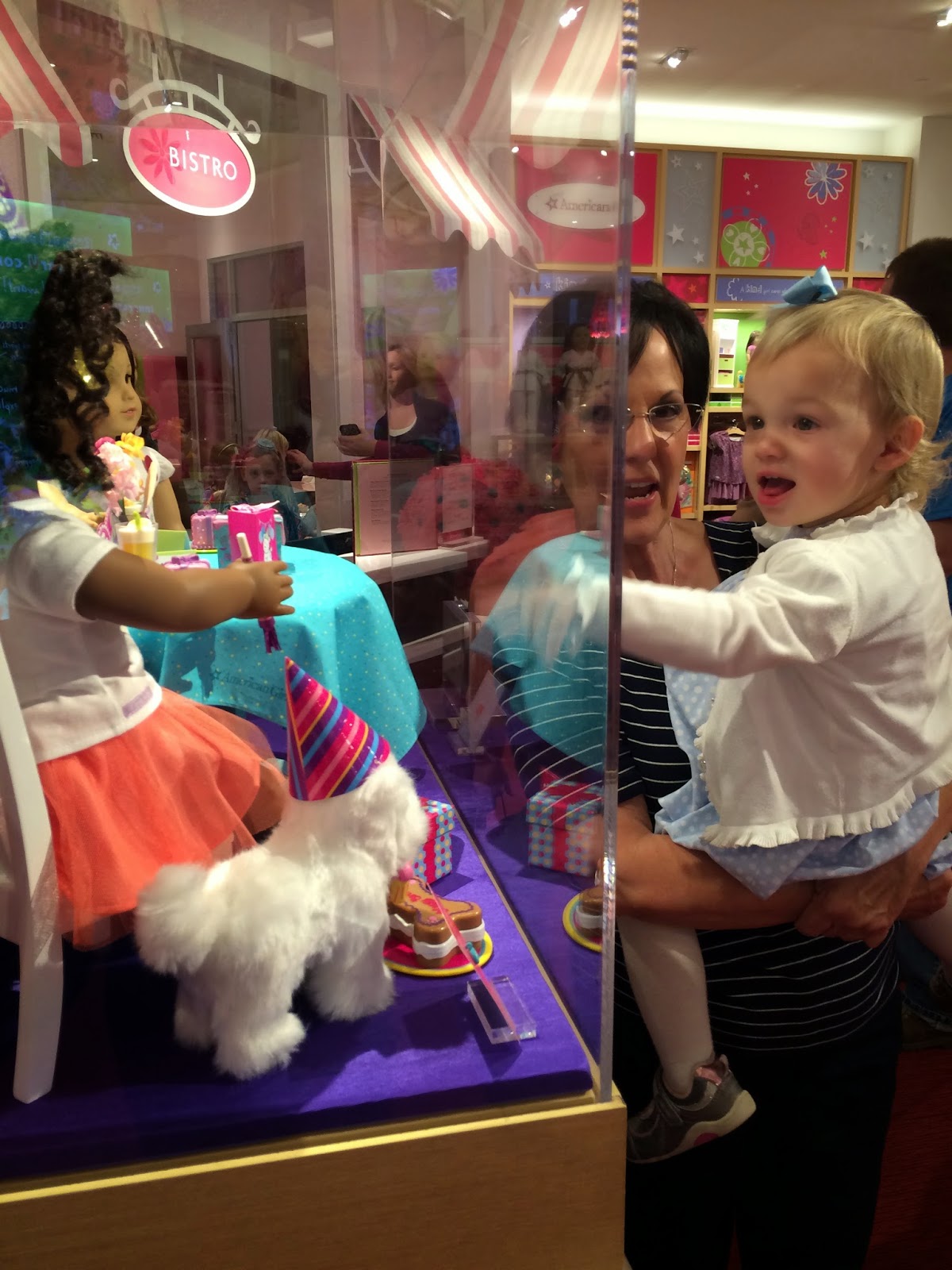 We browsed the store for about 45-minutes. 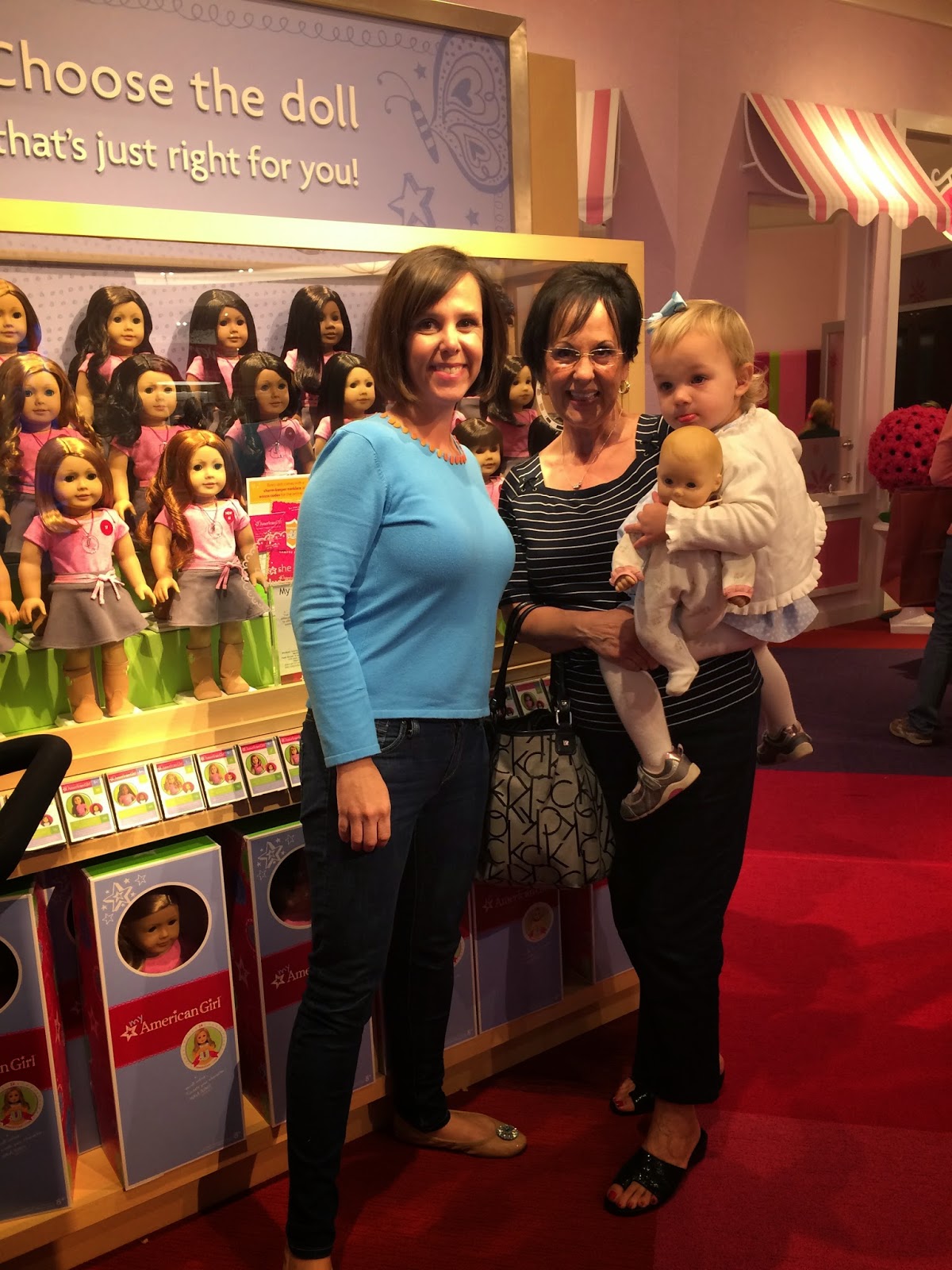 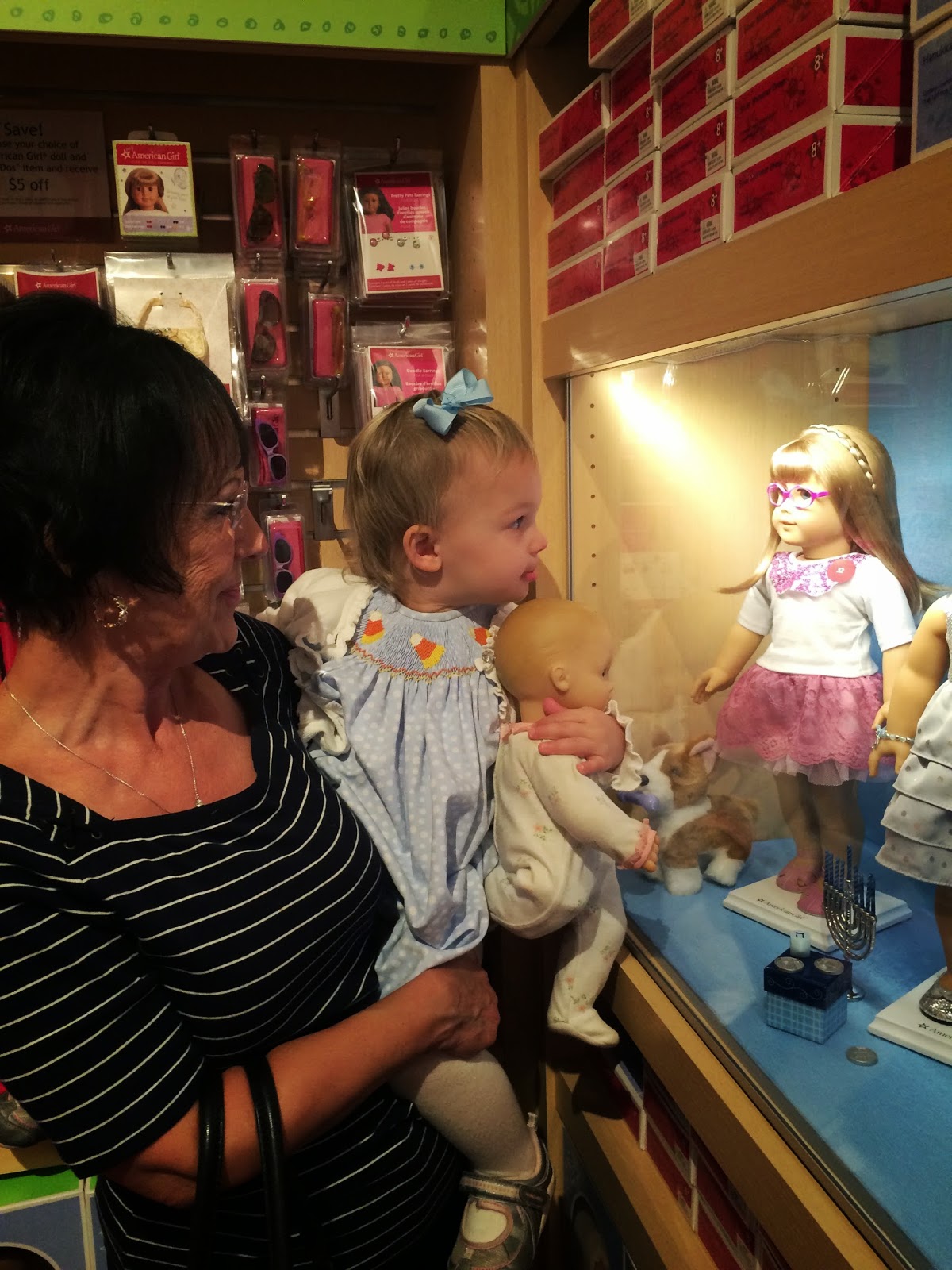 I just adore the ski and snow outfits the bigger dolls.
Must have in a few years! 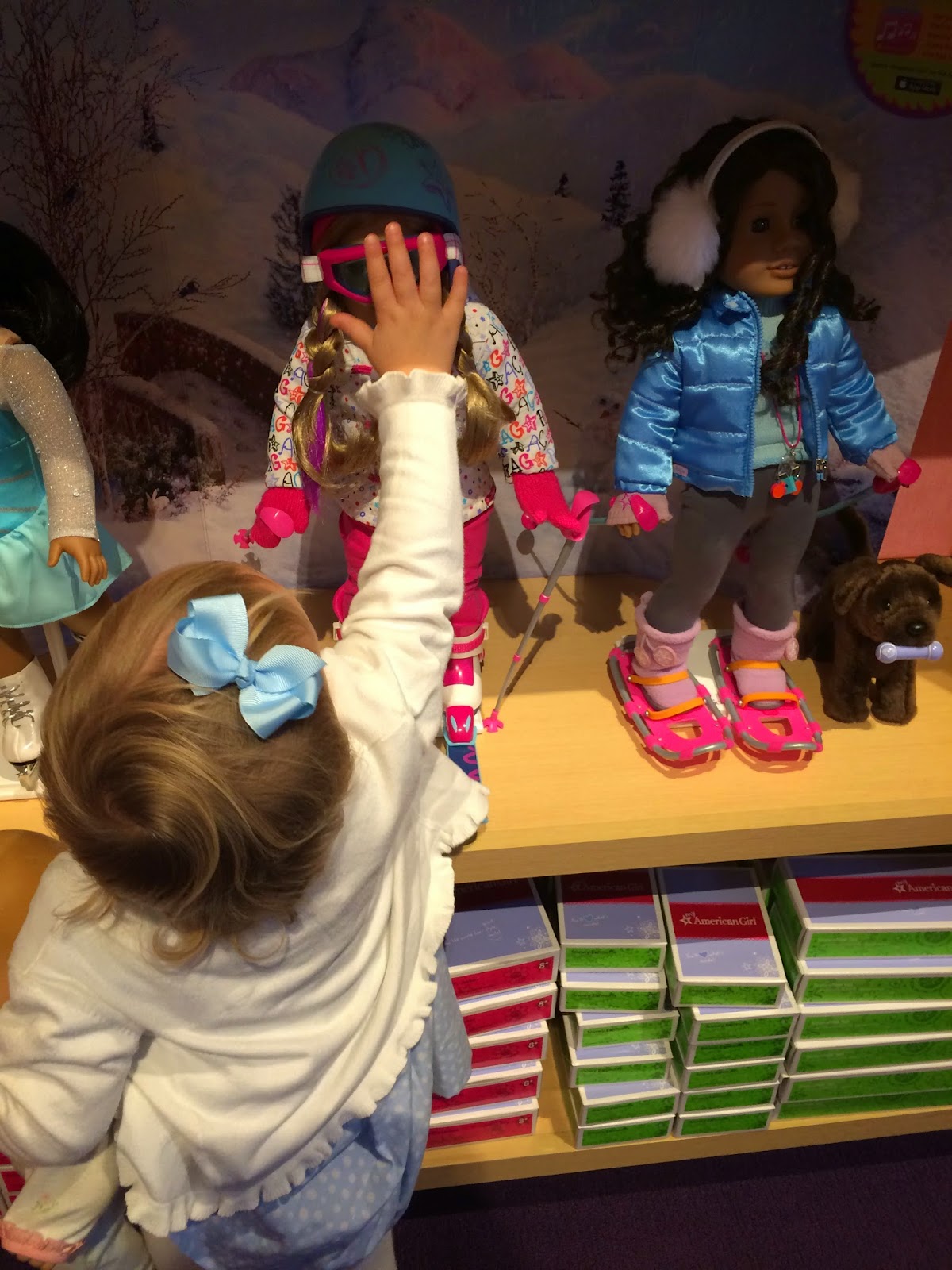 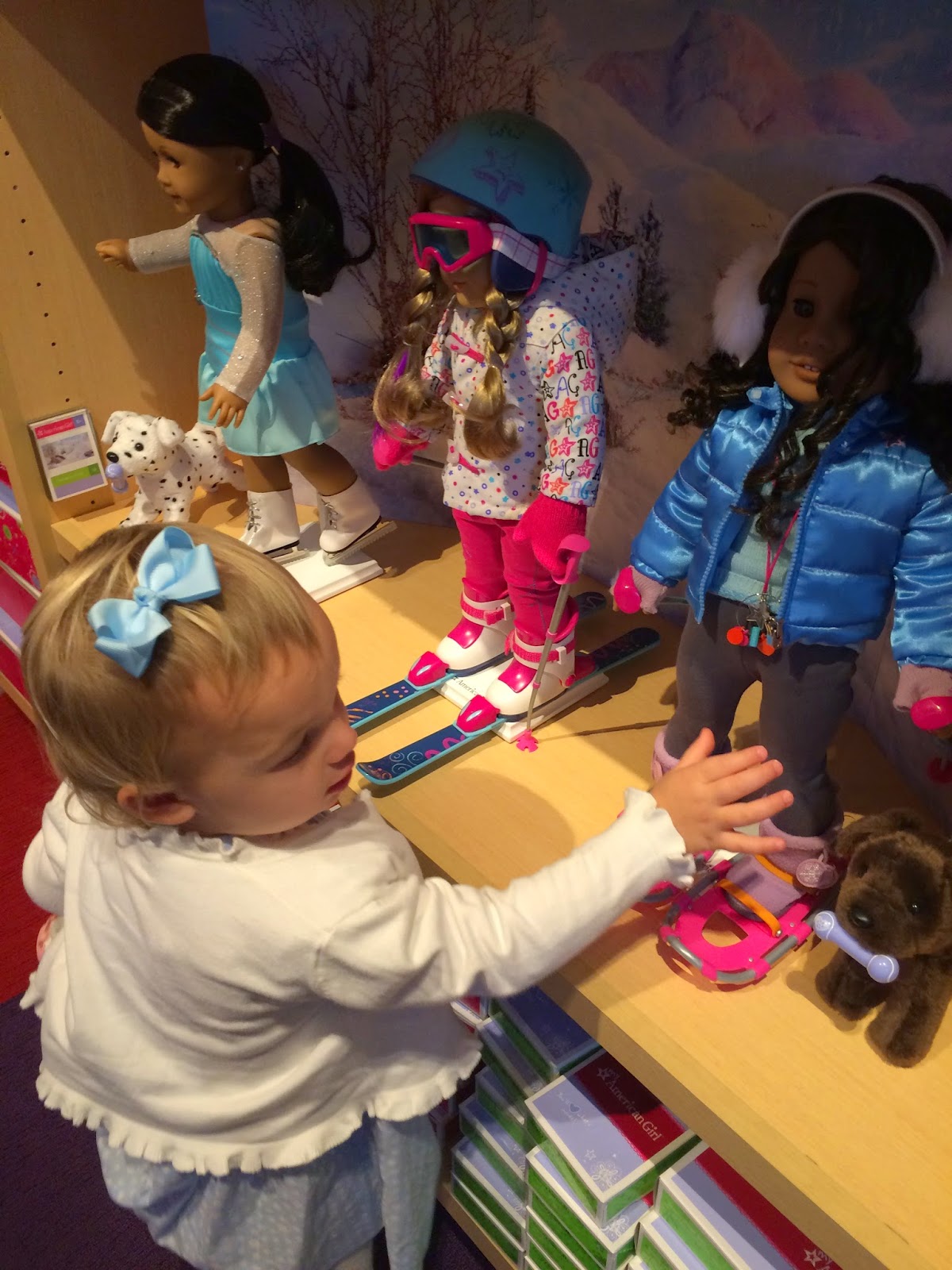 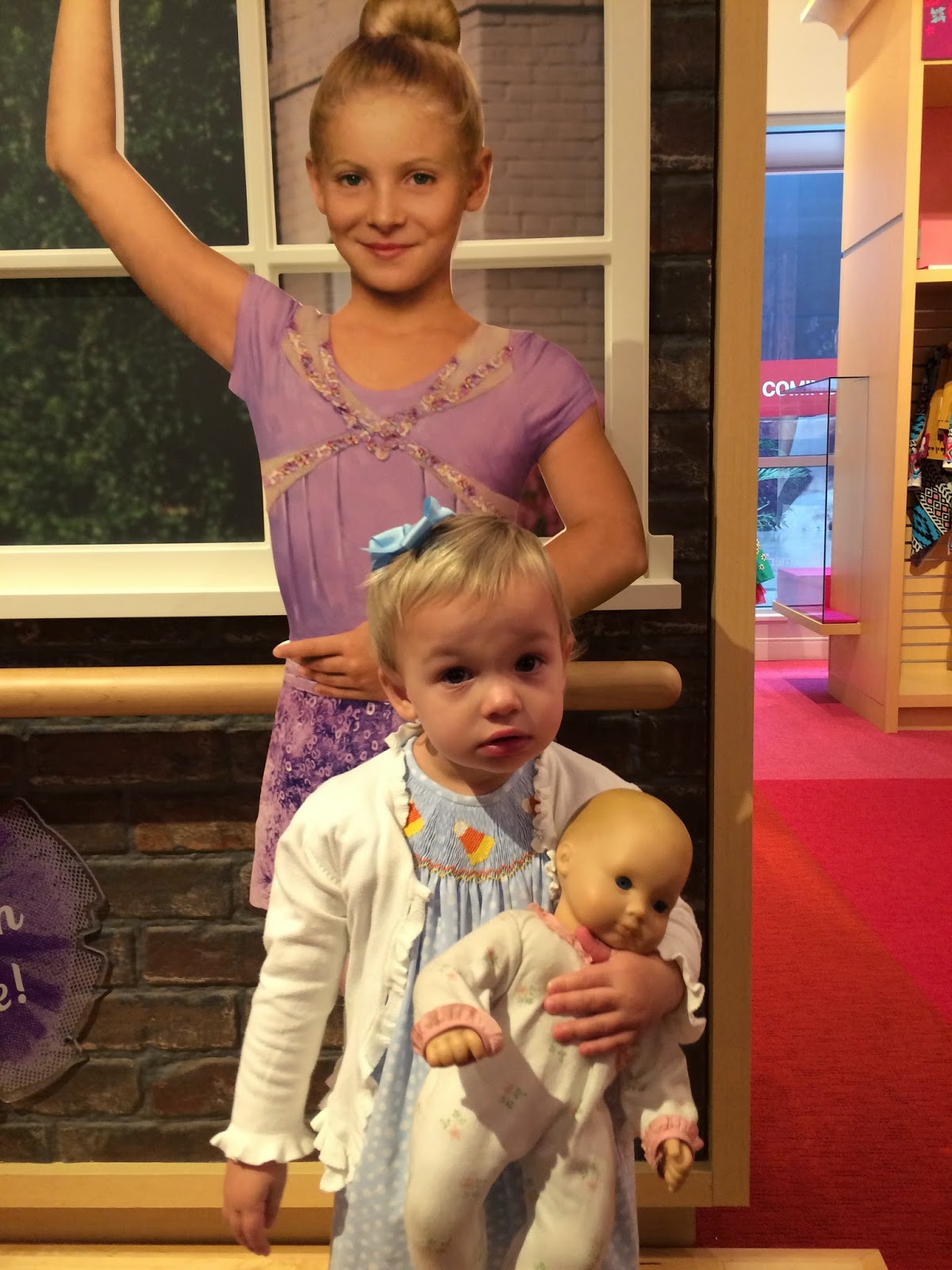 Then right as we were about to leave I asked one last time if there was an opening in the Bistro and by pure luck they said yes!!
We sat at the bar, but I didn't care! 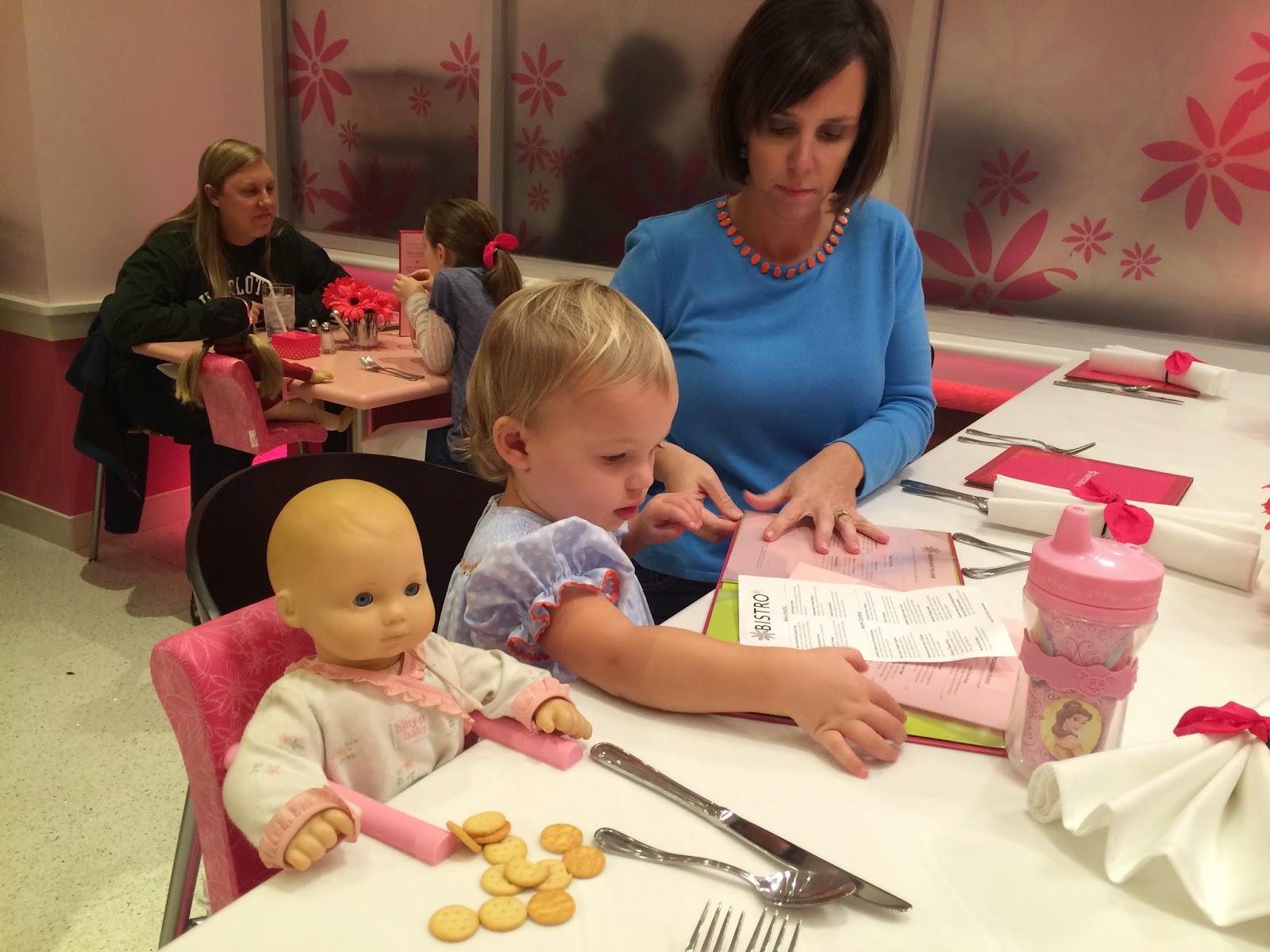 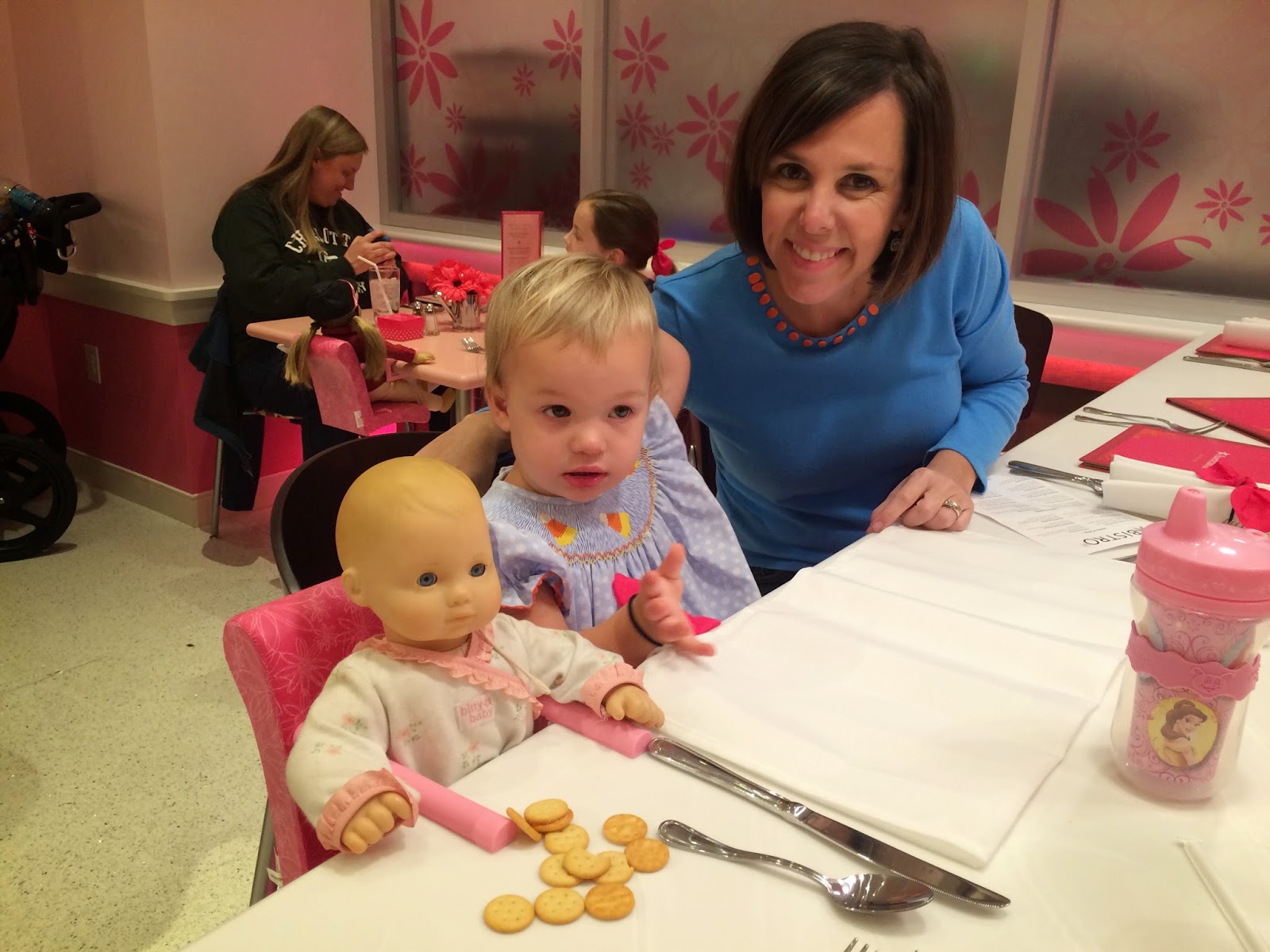 It was the cutest thing I've ever seen!!
She was SOO into it! 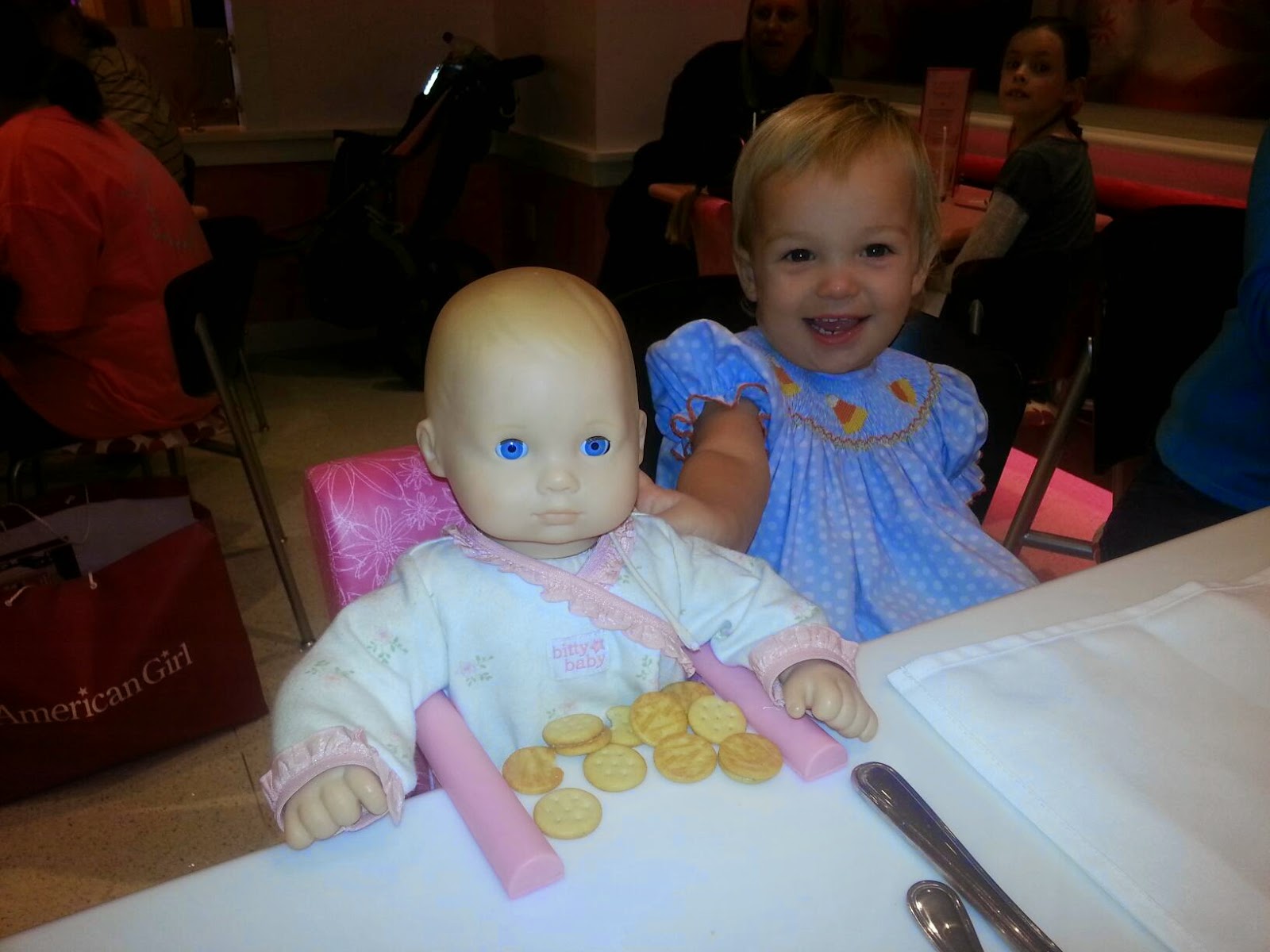 I gave her a few crackers to feed her baby. 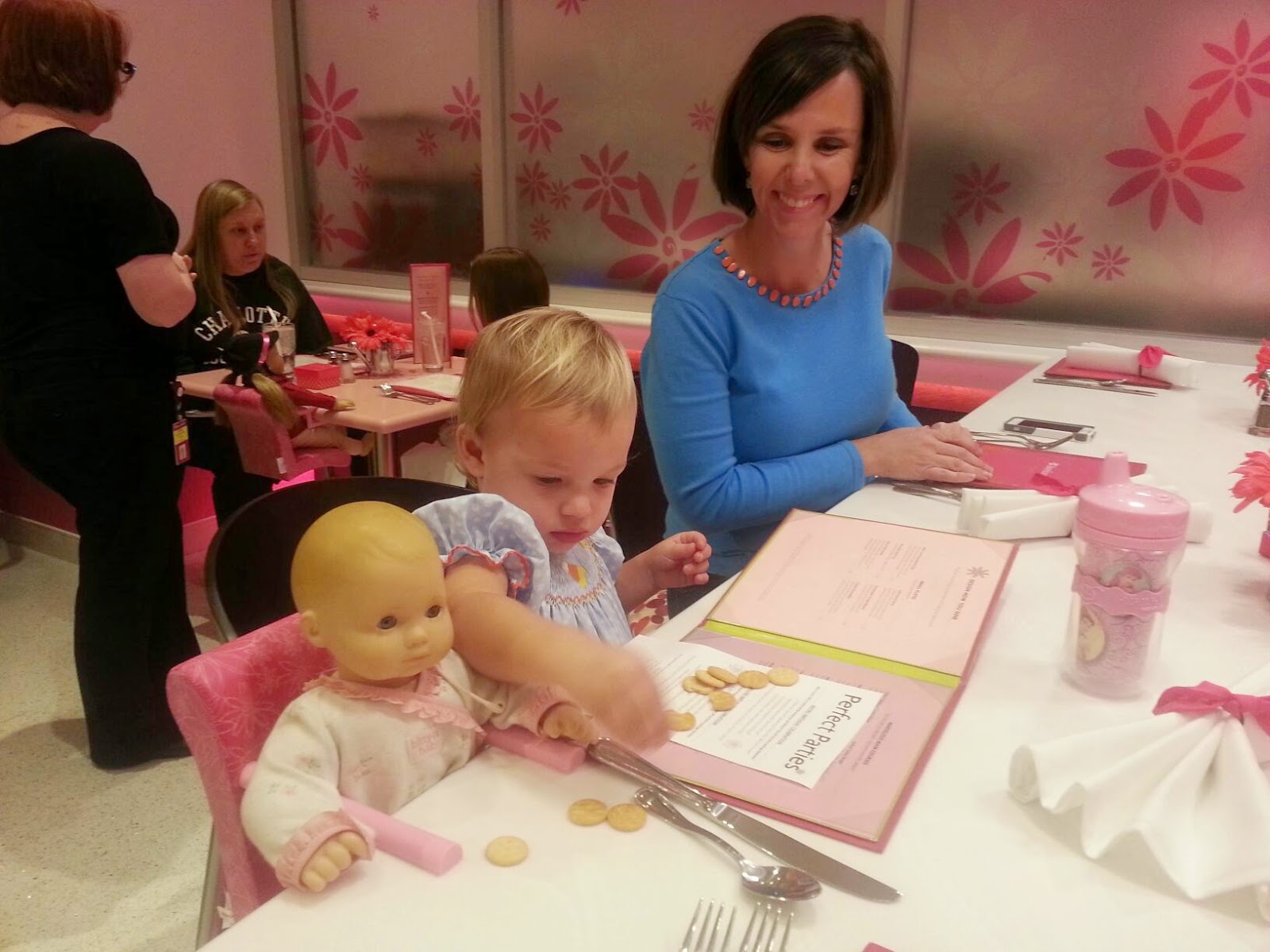 Then they gave her baby a tea cup and saucer.
Seriously.... CUTENESS BEYOND BELIEF! 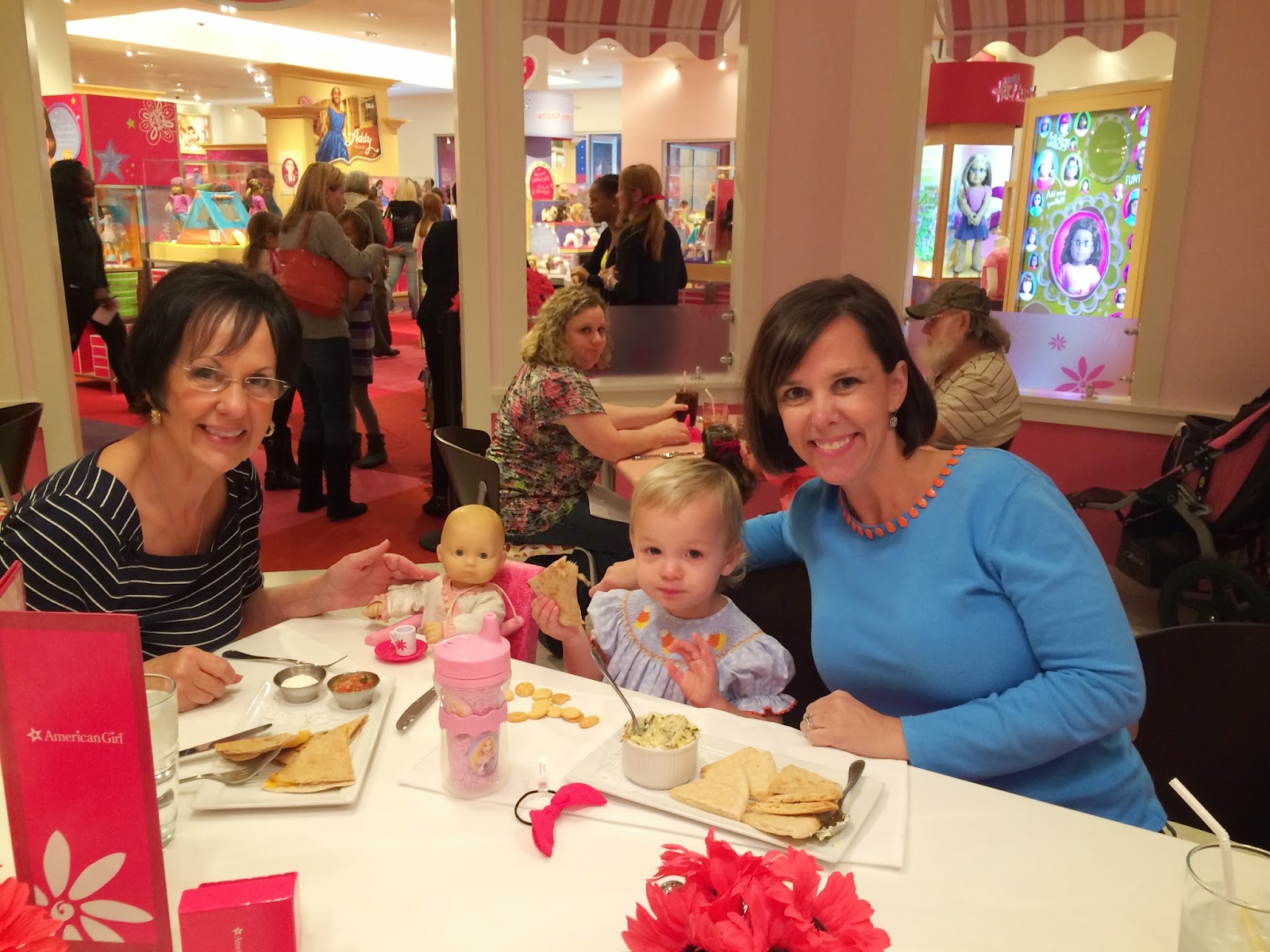 Even the other people in the Bistro were awing over it.
Check out the family in the background. 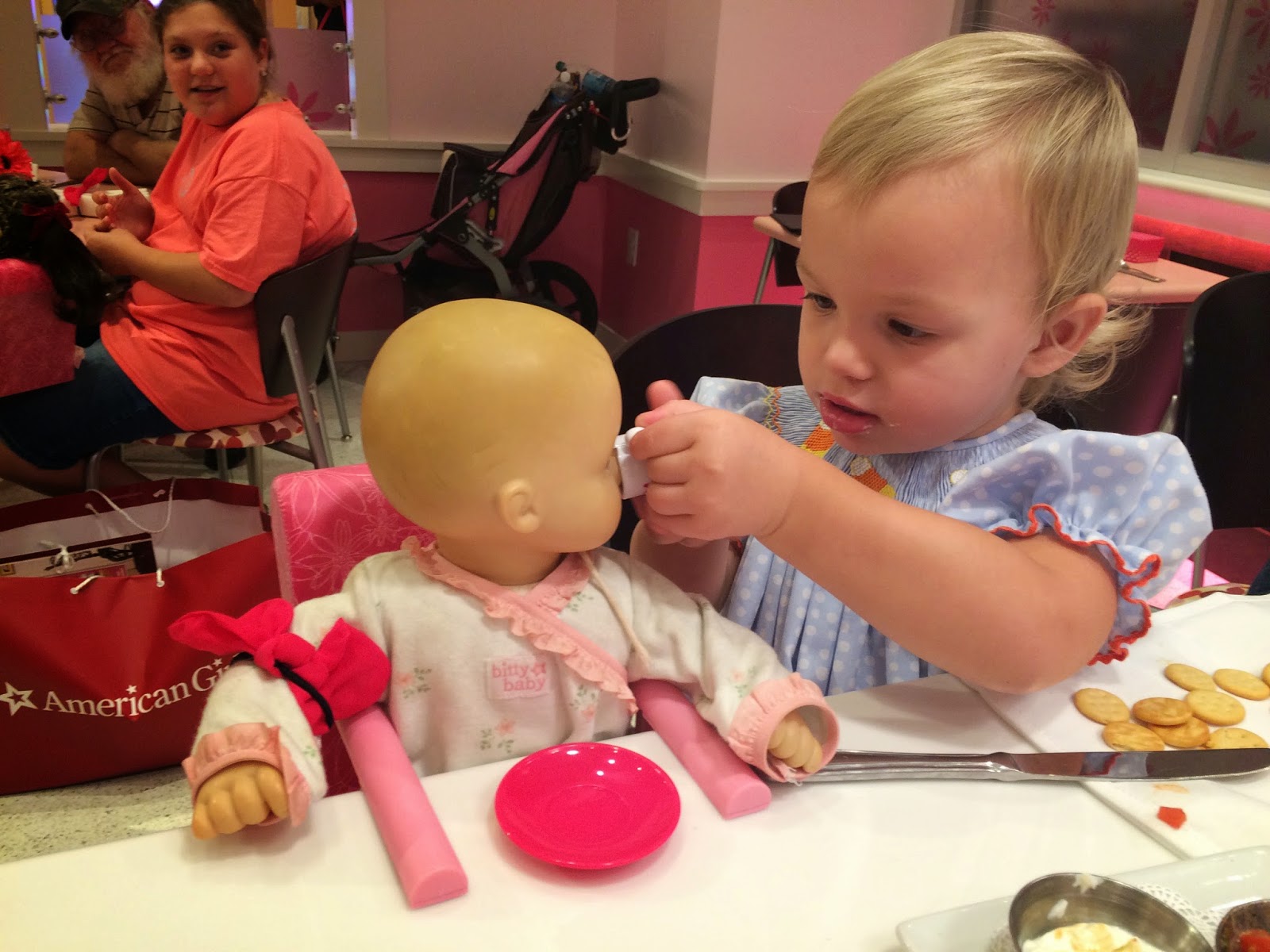 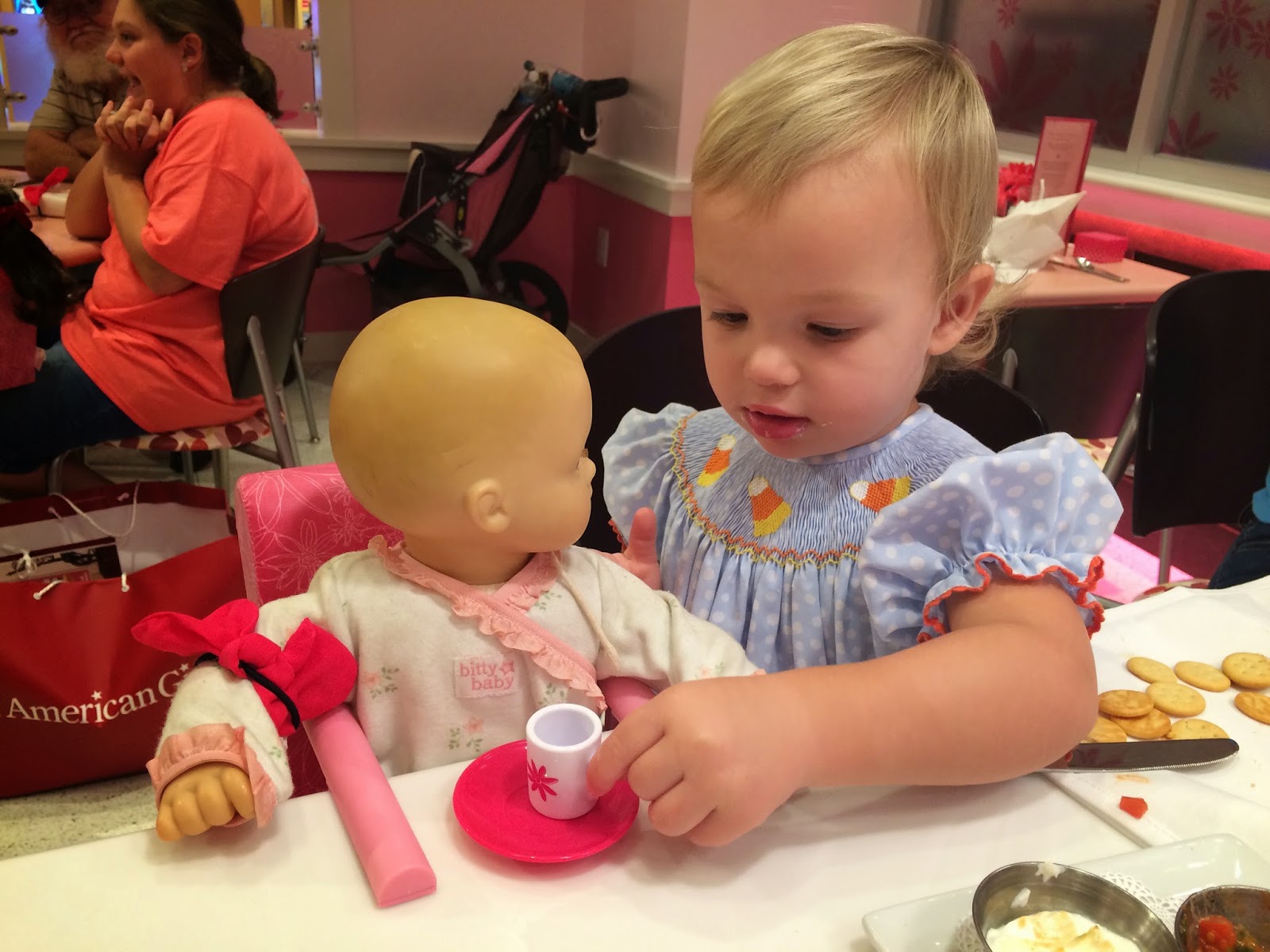 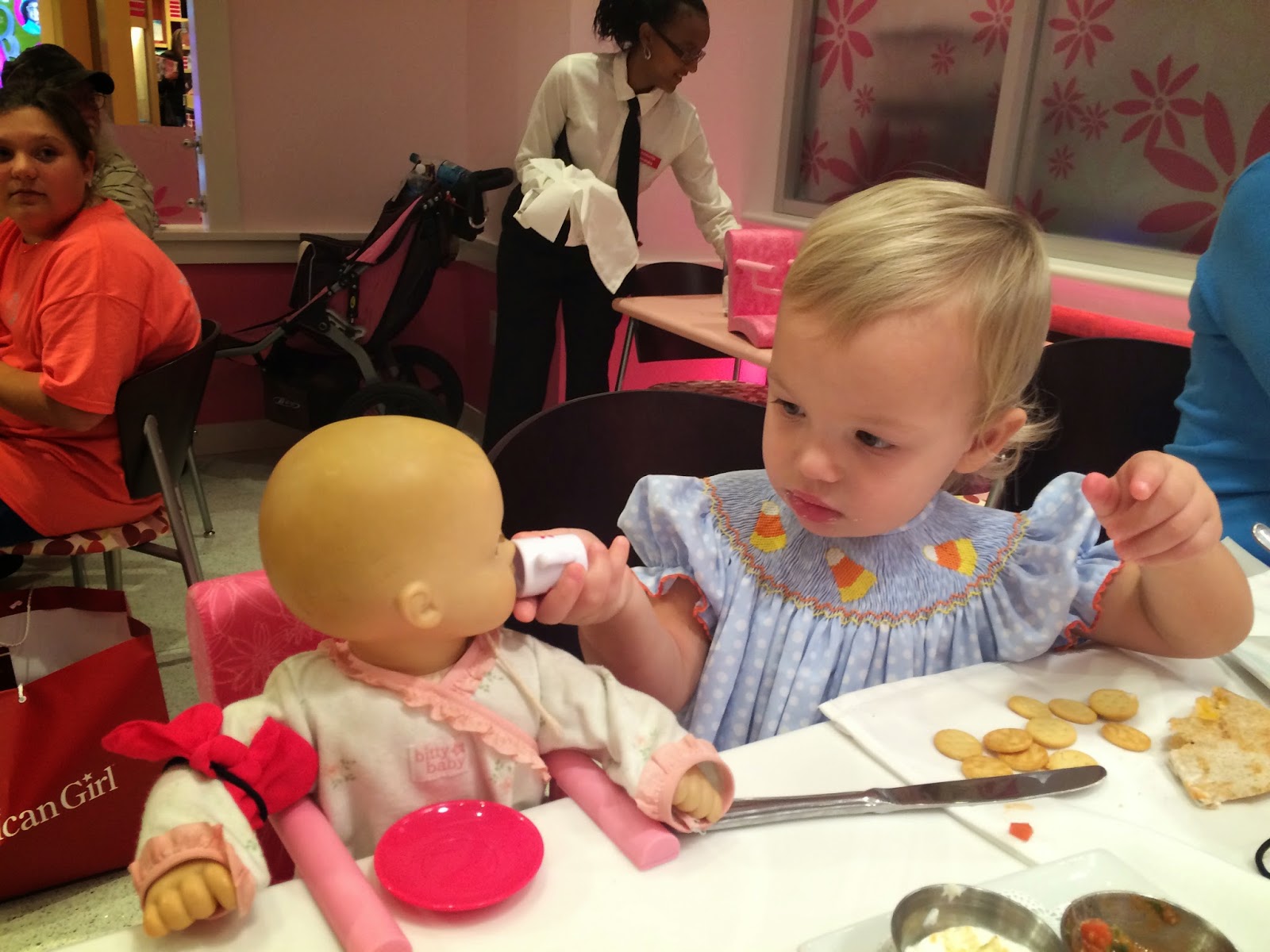 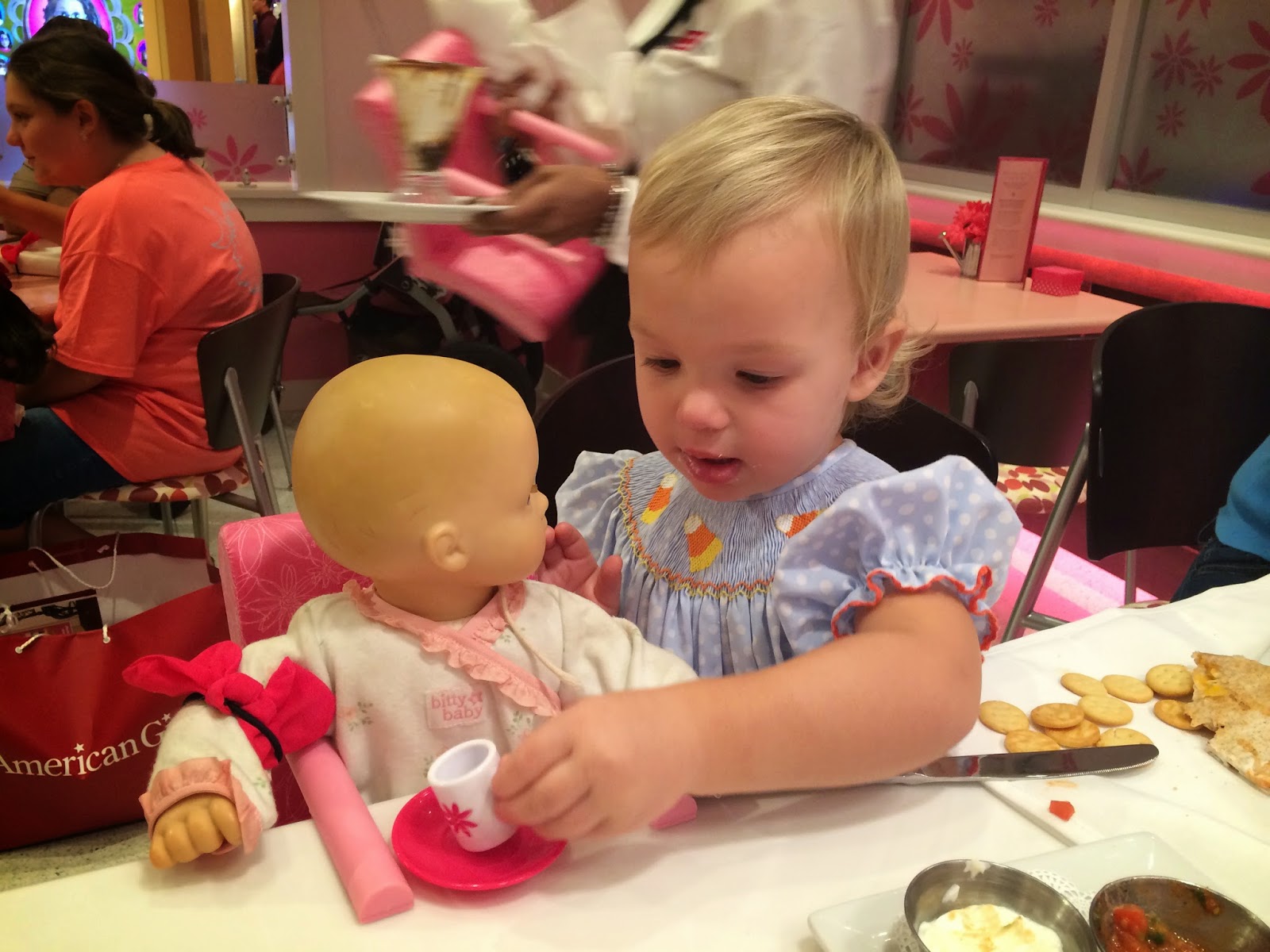 I might have just enjoyed it more than she did.
I can't wait to go back and I can't wait to check out the other locations in DC and Atlanta!!
Even Chicago!!!
If you're in the Charlotte area, American Girl, is a must visit with your daughter~!!
Posted by Dee Stephens at Wednesday, October 22, 2014

Shelby is sooo darling!!! They should put her on an advertisement for AG. I don't have a child, and I might not mind going through the AG in Charlotte. I have an original 1980s Samantha that I've had for about 26 years now.

I can't wait to take Ella here in a few months/years!!! I love that they have special seats for the dolls--too funny!! Looks like so much fun!!

So so special. LC loves her AG dolls.