Other than the nasty weather we had a great weekend!
Shelby is growing like a weed!!!
She's almost sitting up by herself and we broke out the Johnny Jumper given to us!
She's not totally sure what she's suppose to do but it's still exciting!! 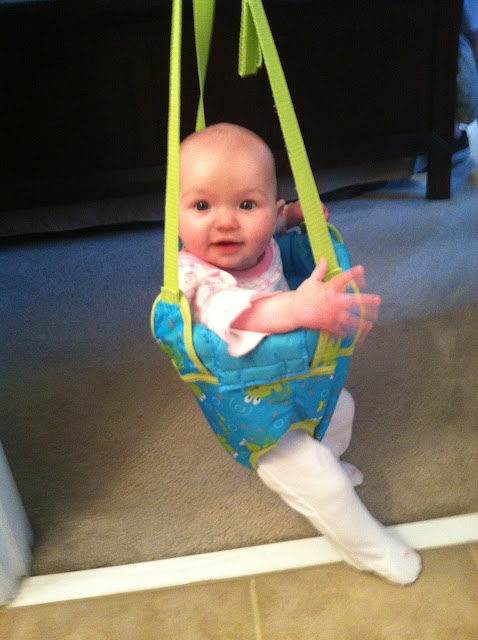 This is her other new thing.
Cracks me up!
Can she look more like Brad.
Geesh! 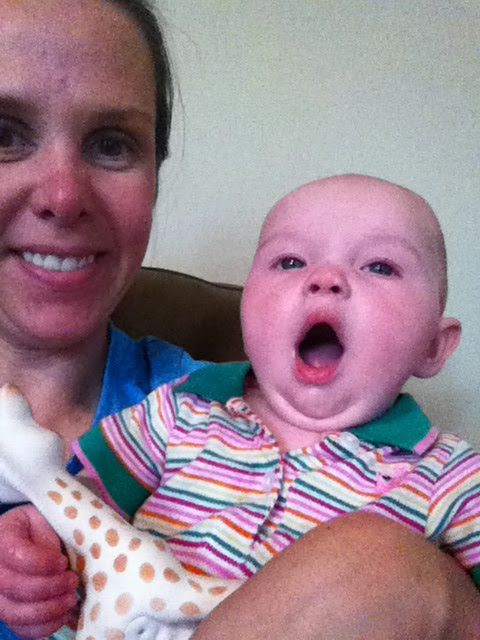 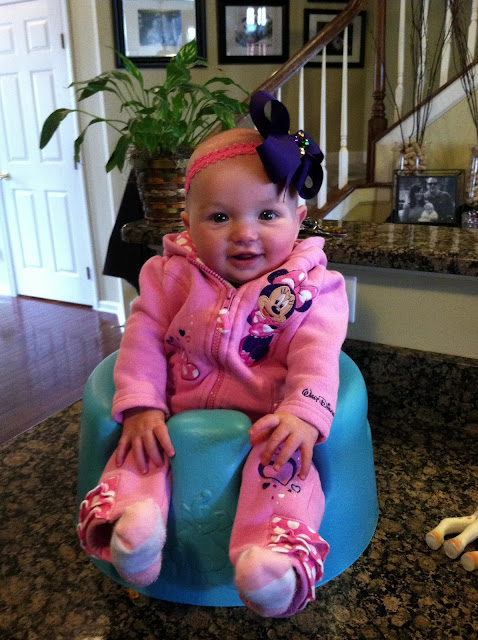 We've also reached our 3rd veggie.
This is a picture of her 2nd veggie.
Peas!
She liked them but didn't love them.
She's a good eater though. 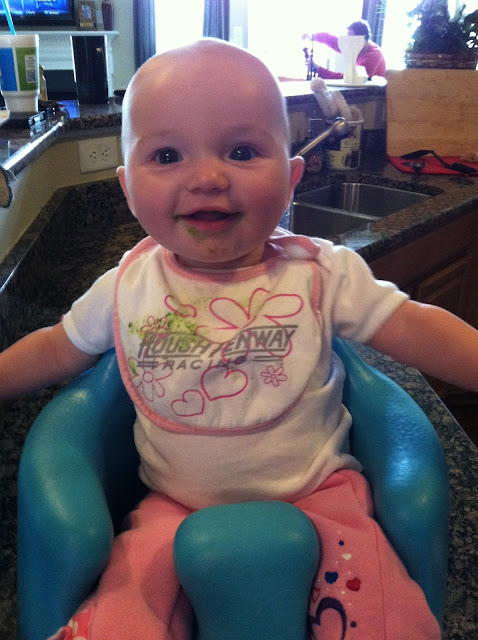 I went out again this weekend.
Girls night instead of Brad and I alone.
A celebration for Cinco de Mayo with friends.
I love actually being able to get dressed up for something instead of living in workout clothes. 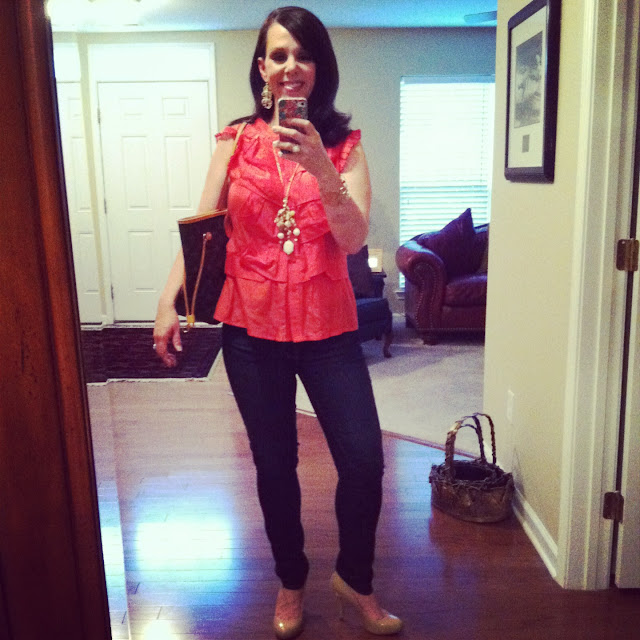 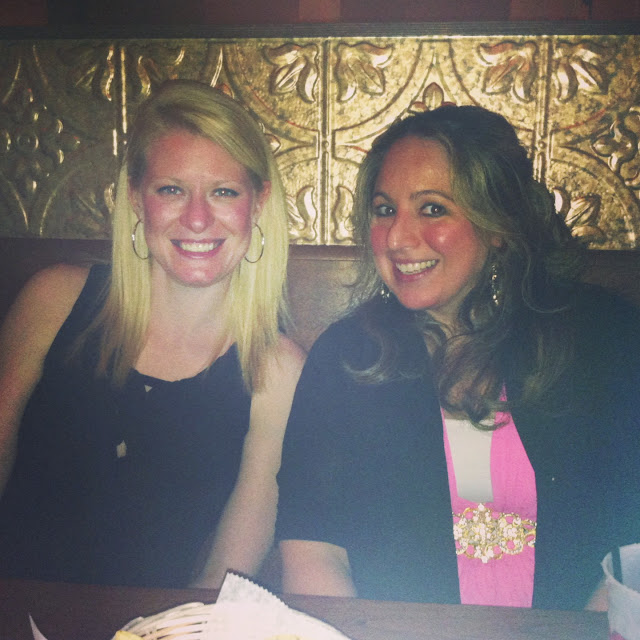 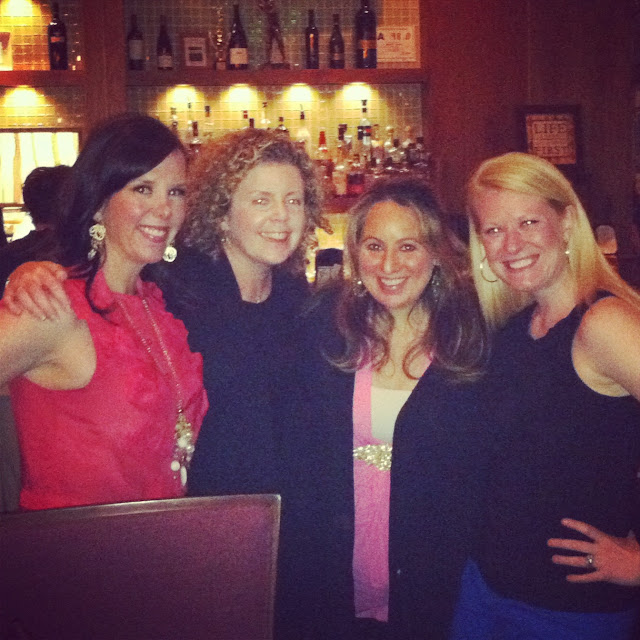 Then on Sunday Shelby and I got dolled up for our FIRST Mother/Daughter event.
The Charlotte area Delta Gamma Alumni Mother/Daughter tea.
It was cold and pouring down rain so I had to wear tights and a scarf.
At least the scarf had anchors all over it even though you can't see them in the pictures! 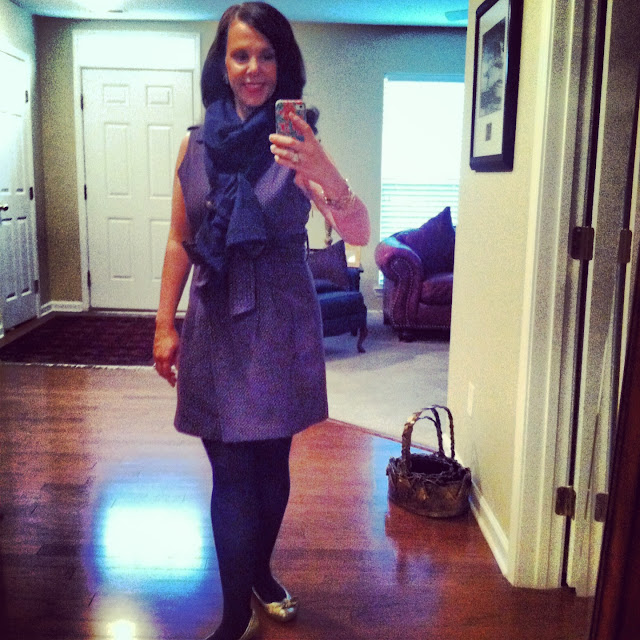 Shelby had her anchors on too!
Made me SOOOOOOOOOOO
HAPPY to be able to take her to such an event!
One of the highlights of my life so far.
Literally.
I've been waiting for this moment for years! 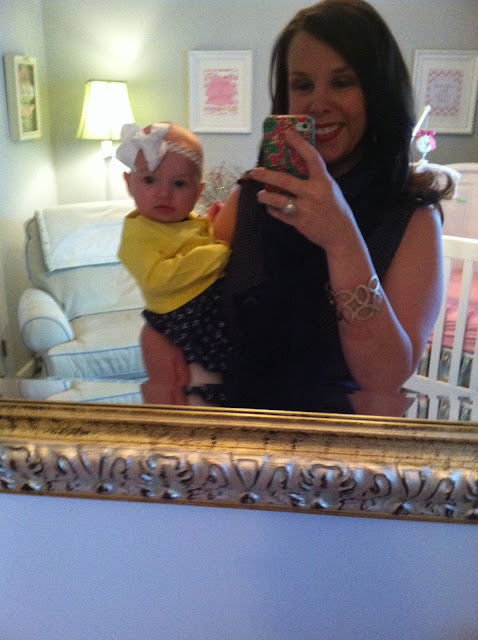 I've been hanging out with these women since I moved here 11-years ago!
I was excited for them to meet Shelby. 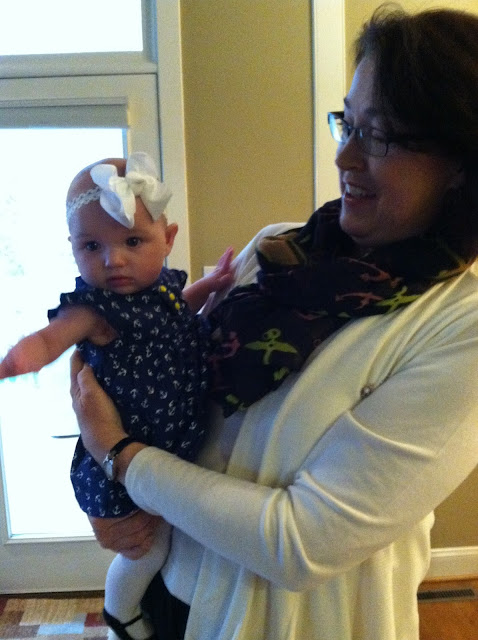 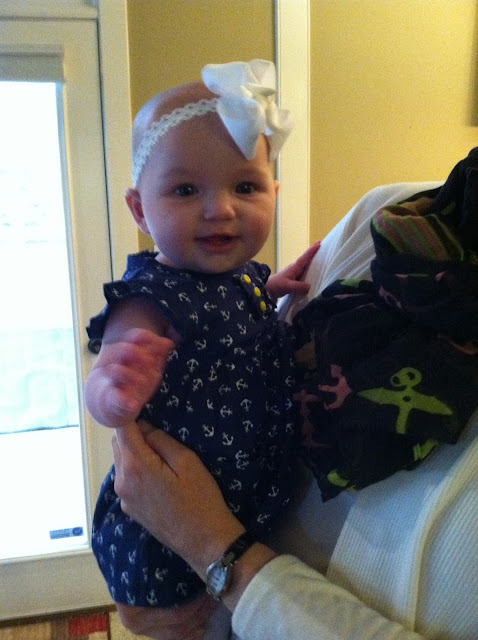 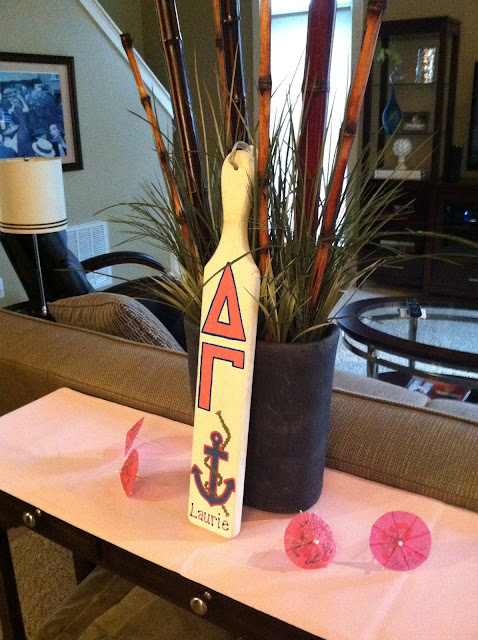 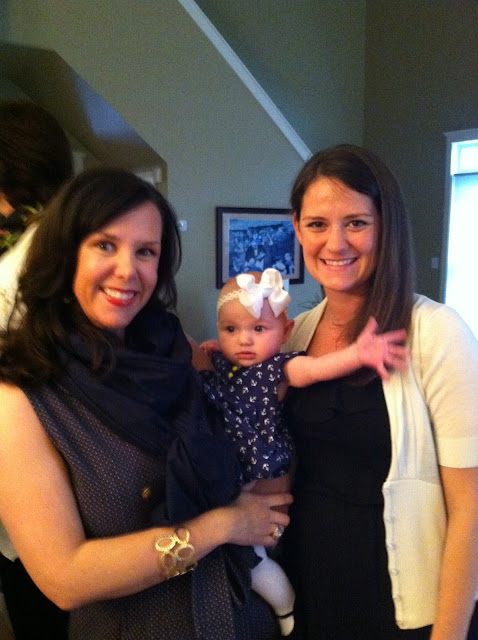 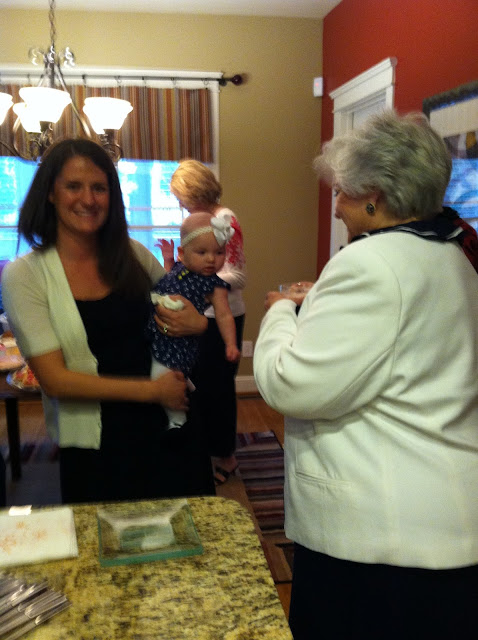 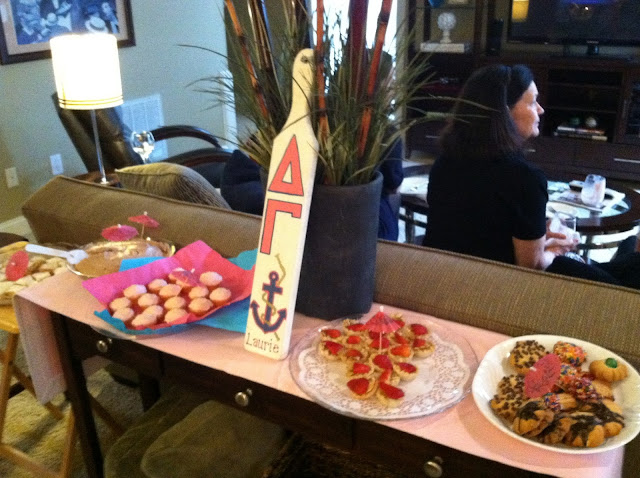 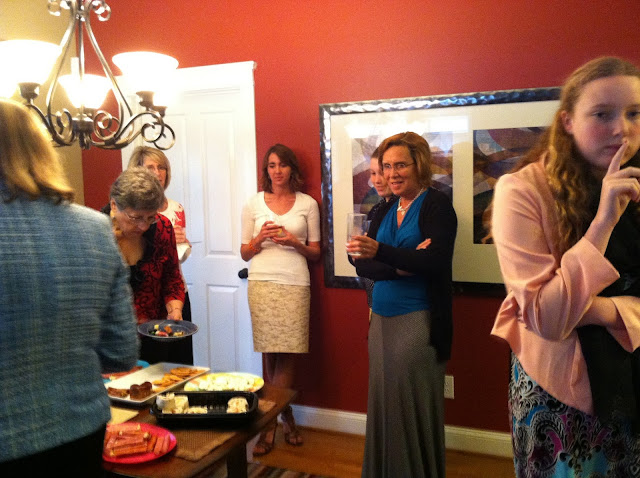 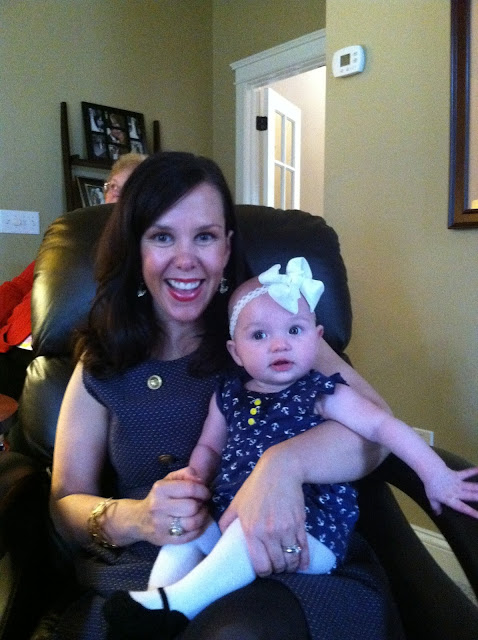 The turnout was big and Shelby did great.
Such a great time!!! 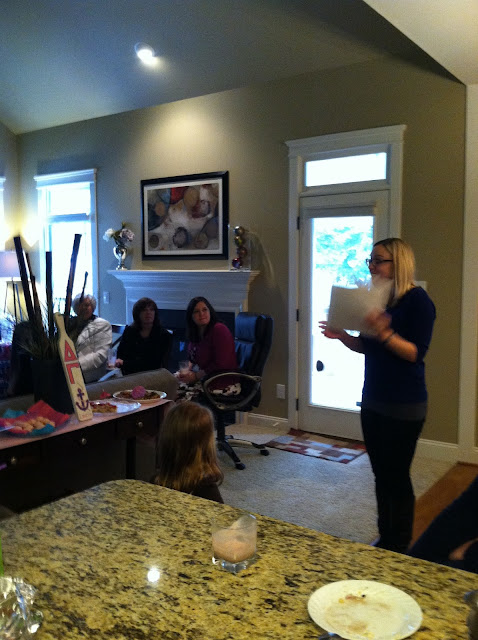 Then we spent the rest of the day being lazy. 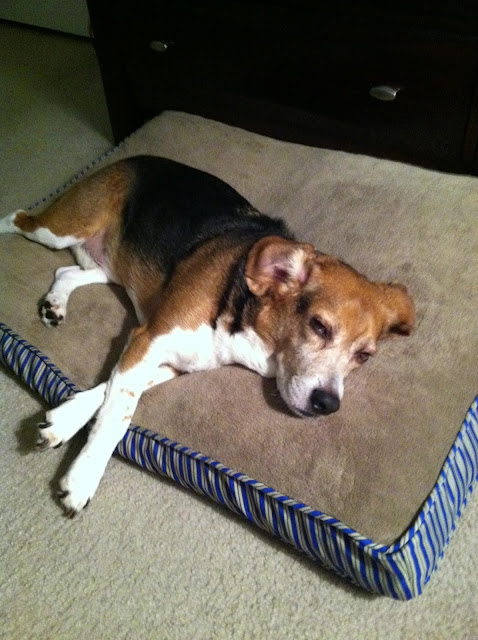 So cute. These pics of Shelby are great.

That is so cute that you were able to take Shelby to a DG event. And I love the pic of her happy with her peas!

Love her raspberries! And she does look a lot like Brad!

It looks like fun, but THAT was the highlight of your life so far??? You're putting an alumni sorority event that let you show off your kid above your wedding, engagement, honeymoon or even your daughter's birth itself? That speaks volumes about you - big sickening volumes. Ha!

Geez, I don't know who this dixie lady is........ but notice Dee said "ONE of the highlights". Seriously. I hear mothers all the time say how exciting it is to take their children to fun events. After Dee waited so long to have a baby, I find it repulsive that you would criticize her comments. If you think something is ridiculous, then GUESS WHAT... don't read it.

That Shelby is just darling! I am not sure you'll be able to get her out of that Johnny Jumper. Those have been favorites with my nieces and nephews. Looks like a great weekend (sans the rain--UGH!). I saw this morning that we'll be back to the 70s and 80s by the end of the week. Rain is still in the forecast though. Happy Wednesday!
Laurie
Lulu and Daisy

She really does look like Brad, but she is so pretty so thats ok :) ha.

What a GREAT weekend!! But gosh, that weather is crappy :( I hope it warms up soon for you!
Are you introducing 1 new veggie a week?
And might I add... you are looking AMAZING!!