It's great to have awesome neighbors.
People that you have things in common with and can hang out with by just walking across or down the street.﻿
I can say I've had that in most places I've lived but it's EXTRA cool as a couple to have other couples you can hang with, where the guys get along as do the wives.
We are lucky to have that.
There are 2 other couples we spend a lot of time with, including LuLu from Looks Like LuLu and Bryan from the Wandering Gourmand.
At the beginning of the year we started doing progressive dinners.
We had so much fun our first time, but because of crazy schedules we just got around to doing it again.

Last time we had the main course, but this time we got to do dessert.
(you get a sneak peek at my photo/gallery wall in the back. more to come) 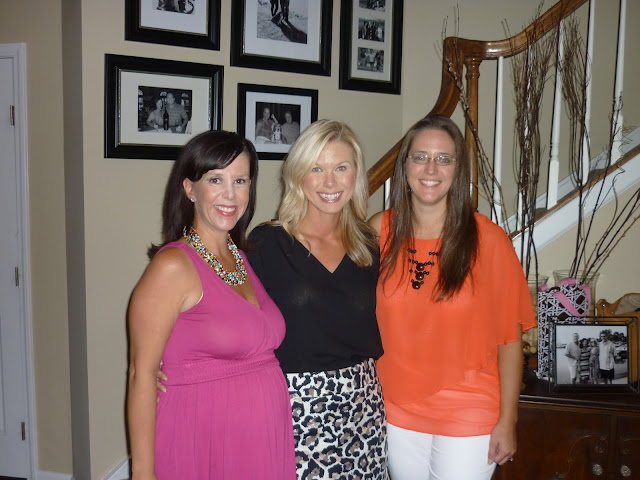 LuLu and her husband came back sick from Mexico so they decided to bring their appetizer course over to our house to keep us out of their infected home.
We appreciate that!
Lu's husband Keith made buffalo chicken bites and homemade bruschetta. 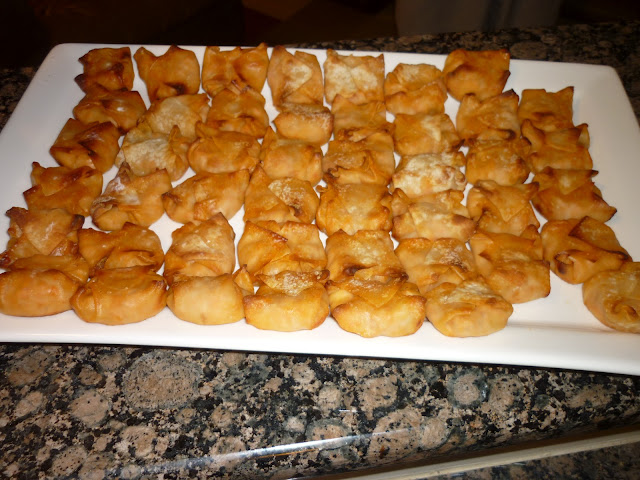 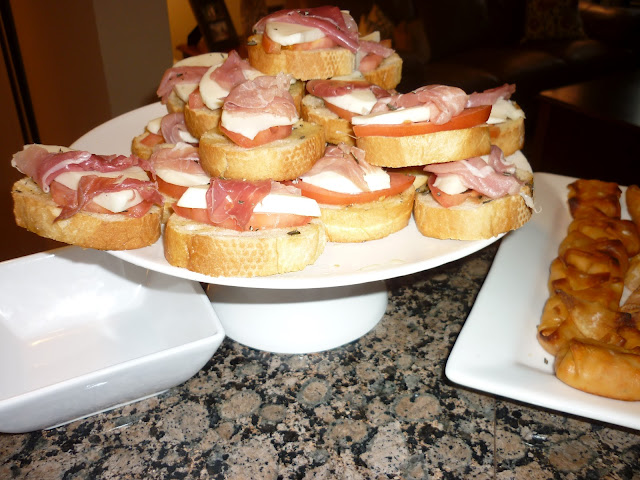 Our neighbor Shannan turns 30 this week so we made a point to make it about her birthday as well!
Meaning...
Festive napkins were a must. 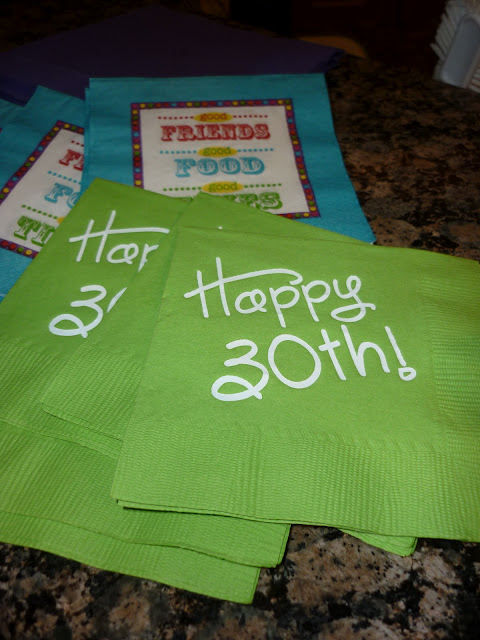 Our last dinner went WAY late and by dessert everyone was a tad bit intoxicated.
This time, giving that I can't booze, I made sure we stayed on a better schedule. 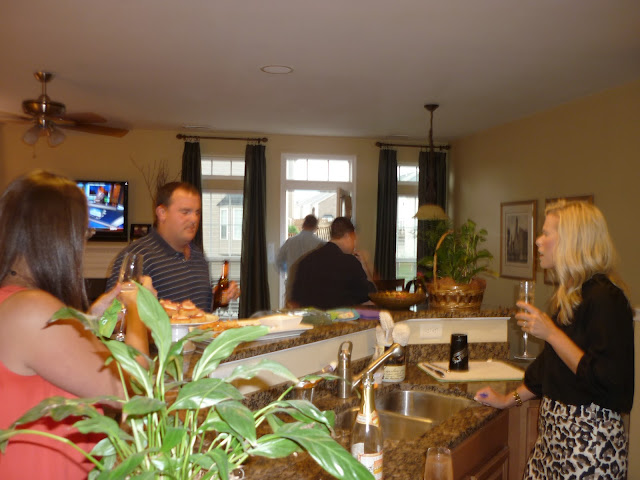 Which means we moved onto Bryan and Shannan's house for the main course about an hour later.
They cooked an amazing dish of coconut chicken paella from Tyler Florence's cookbook. 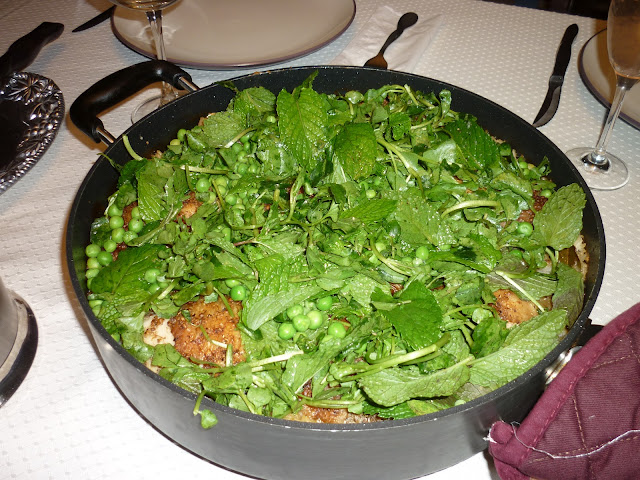 So good and not heavy at all.
That, I really liked. 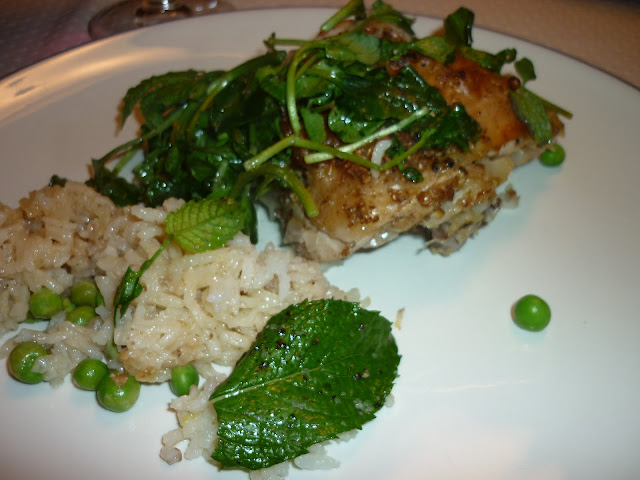 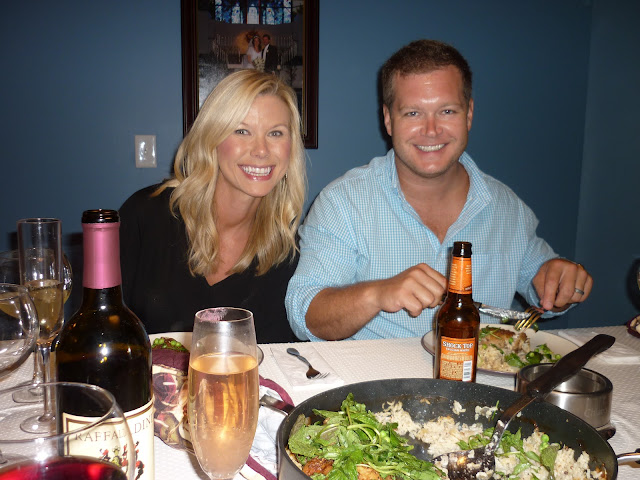 Next we moved back to our house for dessert.
I wasn't feeling too good on Friday night so Brad decided to be on point for making our dish.

He made a tiramasu which I'm sure was delish, but after watching him make it I realized I couldn't eat it.
It has raw eggs, booze and expresso in it.
So, I made a pecan praline bundt cake Saturday morning.
Meaning, we had 2 desserts for our guests! 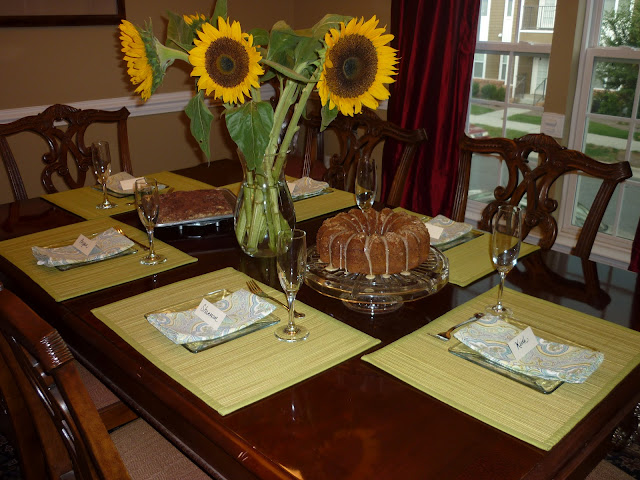 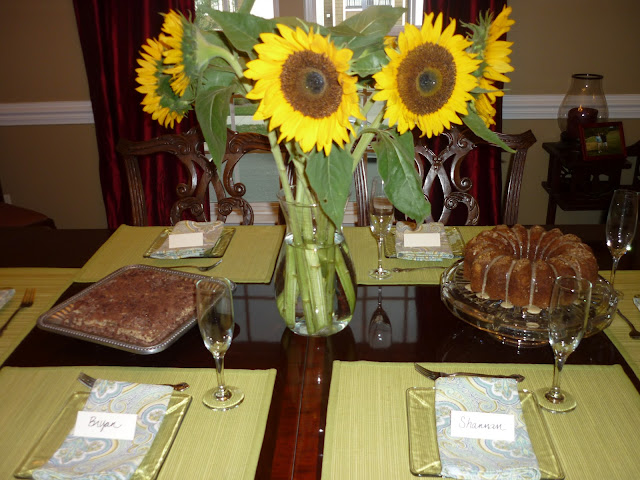 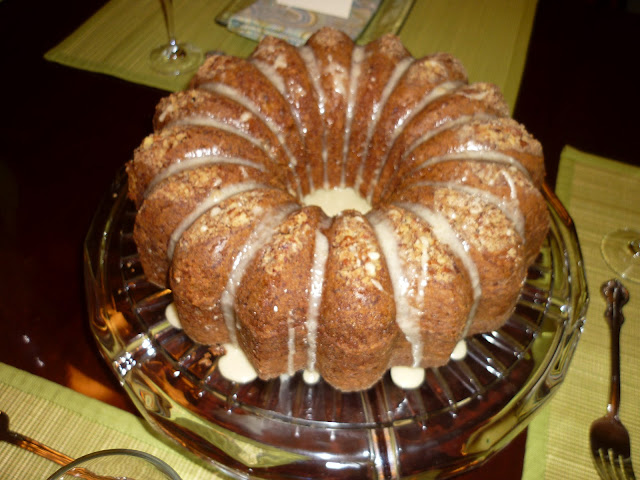 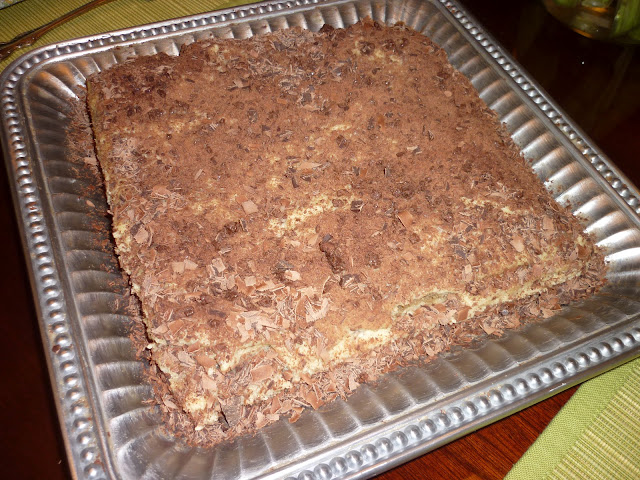 We also served Blue Bell vanilla ice cream with my cake which made life even better. 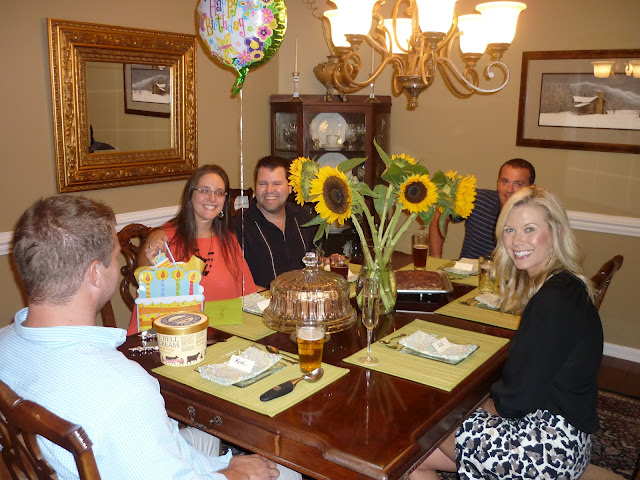 Of course, we took time out to sing Happy Birthday to Shannan.
She's entering her birthday week, so why not!?! 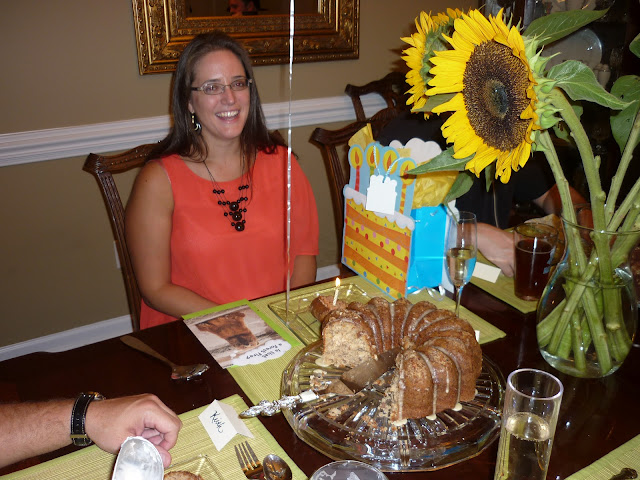 After dessert we all hung out and watched college football which included seeing the Arkansas Razorbacks lose to ULM.
Totally ridiculous!! LOL!!
And, I went to bed at 11:15pm while the rest of the crew, including Buddy, partied down until 1am. 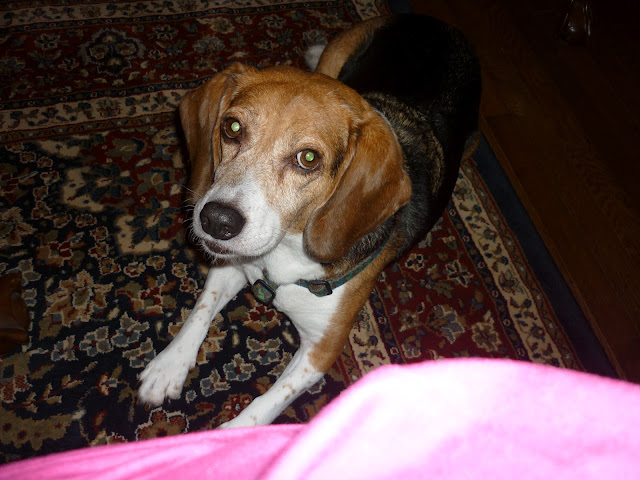 I'm going to say we will do this again before the end of the year but truth be told, it probably won't happen.
Either way, always a good time!!﻿

Those chicken bites look SO GOOD! Think you can get a recipe?!

I love this idea. Going to steal it!!! You look fantastic!

You really are blessed. I wish we had fun neighbors. We don't even know our neighbors. No one is friendly. It sucks. Food looks delish and you are GLOWING!

I love how yall do these dinners! We used to do bar crawls in Avenue where each condo had a diff theme and did food and drinks that catered to it. one time we did countries, another time NFL teams. Always was fun!

I would like recipes to ever single on of these items please!! Especially the chicken, looks so good!!!

This look sSOO good! I love that you live so close to do this. Not even ONE BITE??? :)