A Trip to the Circus!

I only remember going to the Circus once as a child.
My Mom swears we went more than that but I honestly don't remember it.
Last year when The Ringling Brothers came to town I wanted to take our nephew Reed but decided he was still too young.
This year he's 5 1/2-years old!
Perfect age!
Brad was home getting things ready for our Super Bowl party today so it was just Reed and I.
Yesterday day was a yucky, rainy day in Charlotte.
But...
We made our way to the Time Warner Cable Arena for the early show. 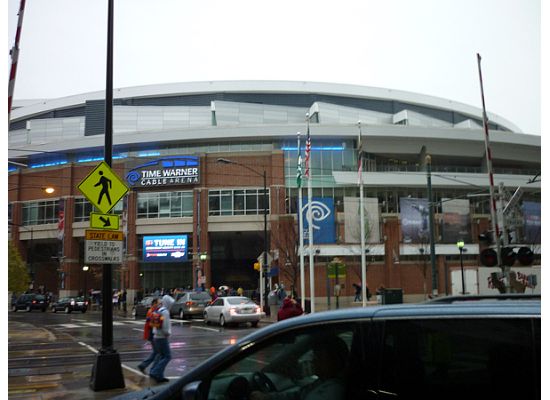 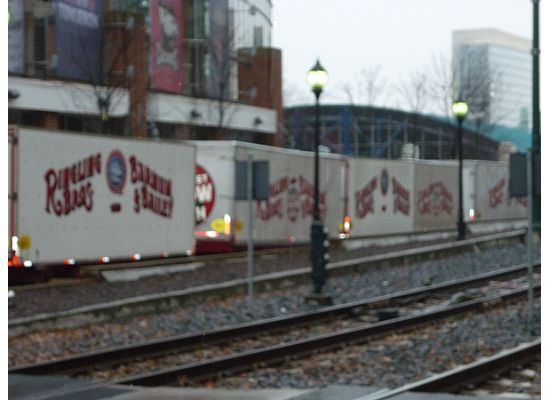 Once inside the treats and sweets were everywhere!
I asked last week about giving Reed $20 to spend.
Well, his parents decided to chip in some extra so he didn't have to choose between a toy and a treat.
The decision was made after we  found out that a bag of cotton candy was being sold for  $13. 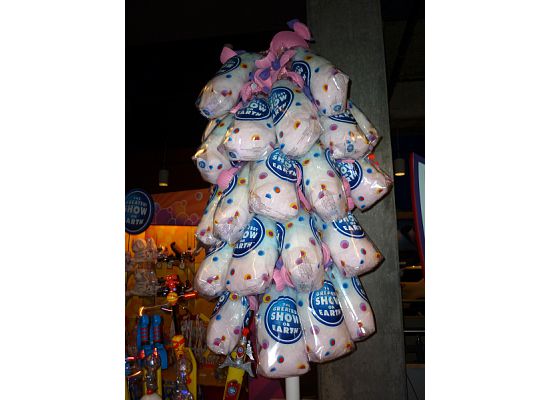 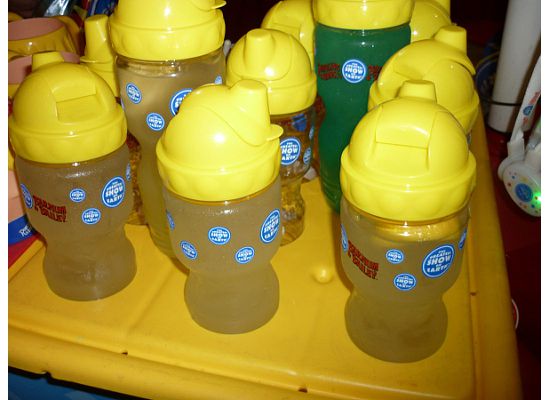 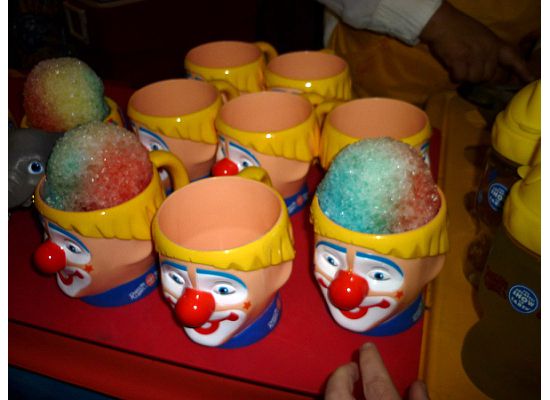 I was sure Reed was going to pick a necklace that light up but he went for a light-up sword instead($20) and a bag of cotton candy that came with a hat. 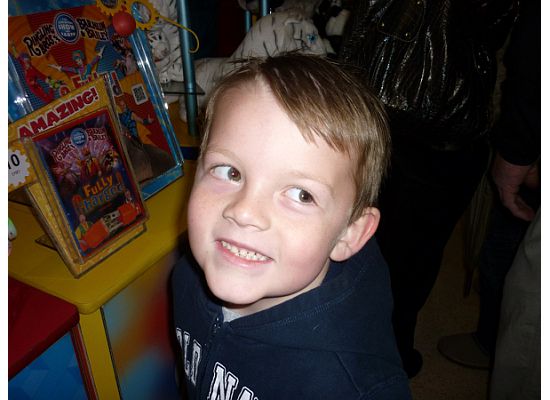 Munchkin was/is obsessed with the sword.
The woman sitting next to us wasn't as thrilled with it, giving that Reeders was waving it in her face.
HA! 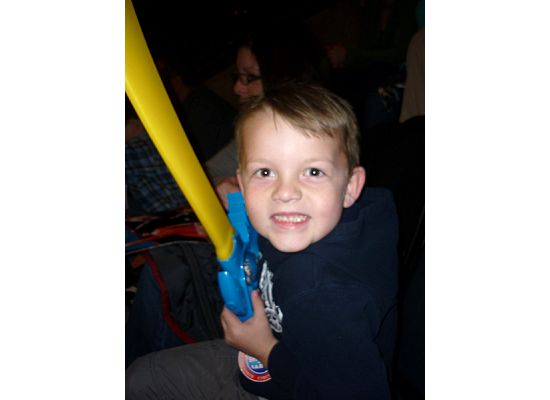 Love this picture.
Can't you see his excitement!?
He was so pumped about being at the Circus! 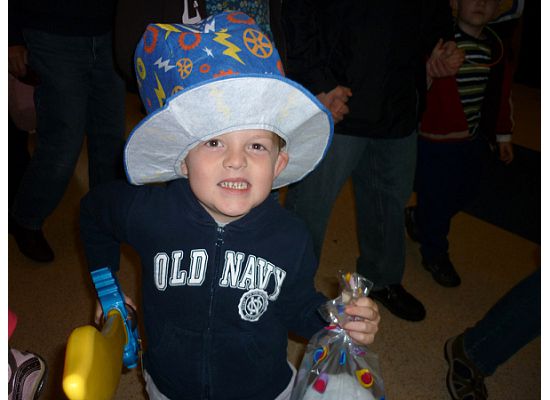 The show opened with the National Anthem. 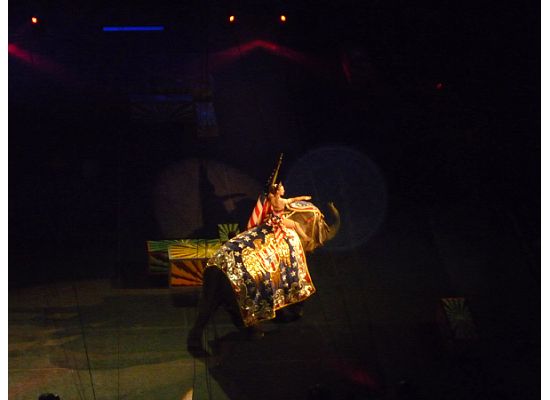 And, was complete with clowns, dancers, animals, a ringmaster, pyrotechnics, a full band/orchestra and much more!
I read the reviews online before going yesterday and they made a good point.
Giving the success of the Cirque shows, The Ringling Brothers have really had to step up their game.
There were tons of acrobats and trapeze acts as well. 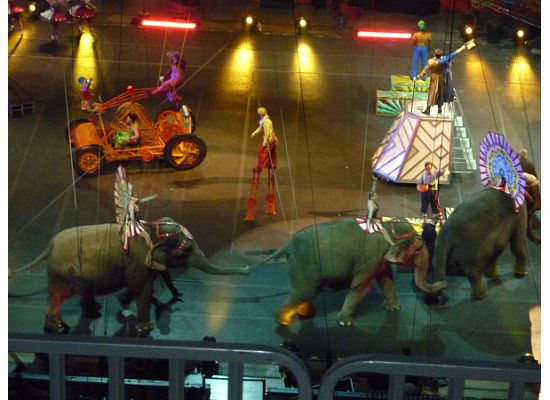 My SIL didn't think Reed would choose the cotton candy, but he did.
It's the way they presented.
High on a stick and pretty to look at.
Reed was so sweet in telling me that he was going to save half the bag for his sister because that's what good brothers do. 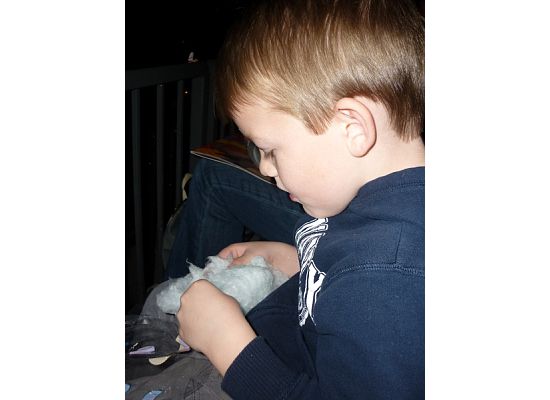 It was rainy yesterday so pardon my bad hair. 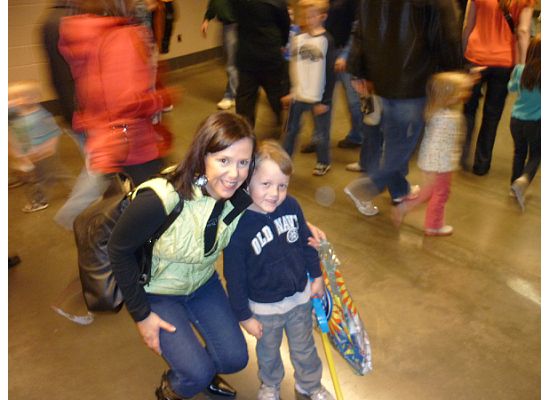 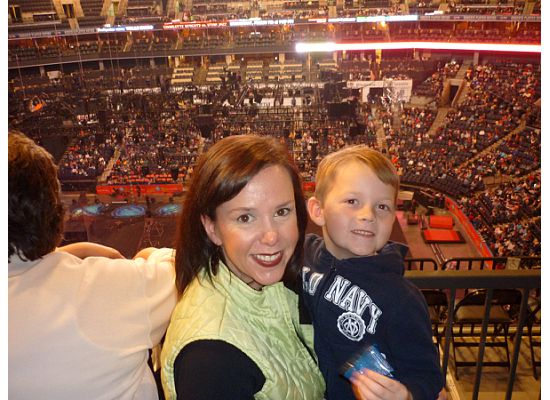 After an hour there was a 15-minute intermission then the 2nd half is where they did all the acts with the animals.
First was the tigers.
Amazing!
I'm not sure I would be up for being in this ring! 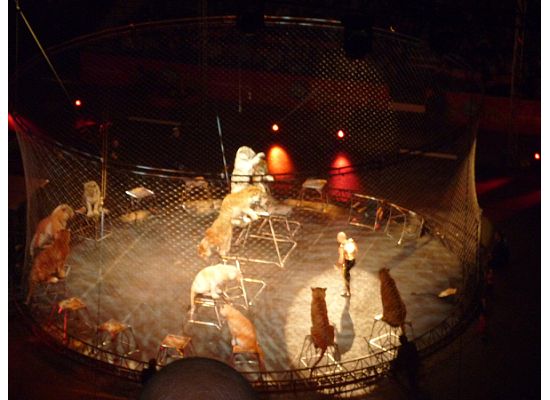 Then, the elephants!
So cool!
I know, PETA thinks different.
They did greet us with signs on our way in and out of the Arena. 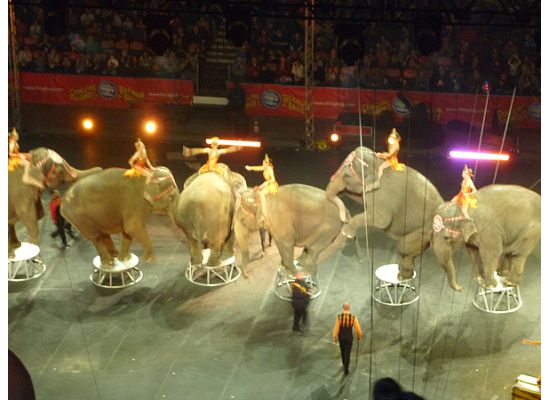 Overall, a great show for $20 a ticket!
My only complaint?
About 15-minutes too long.
The show started at 11am and we didn't get out of there till nearly 1:30pm.
Reed was getting tired towards the end asking me, 'are we done yet?'.
We had to see the grand finale!
Plus, we were going to have to climb over 2 families to get out of our seats.
I'm glad we stayed to the very end!
He loved the finale as they rocketed a performer on fire across the Arena!
On our way to the car, Reed asked if we could go back next year.
I'm thinking so!
So.. Reed's first Circus experience is complete and I am so thrilled that my BIL and SIL let me be the one to take him!
Happy Super Bowl Sunday!
More on our party tomorrow!

How sweet of you to do that!! I cant wait to take my kids to the circus. Back when I went to the circus, we didnt have to worry about PETA though.

What a great day for you all. So nice.

What a fun day! The circus is SO expensive but every kid should go at least once :)

We went a few weeks ago and loved. Especilly for $15 a ticket. That must be why tickets are so cheap...because everything else is so expensive.

the circus is such fun, glad you had such a good time!

reminds me of coop's 1st trip many years ago (i think the cotton candy was more of a bargain then).

Those are some insane prices!!!

You are Aunt of the Year!

Oh that is one happy boy, what a wonderful Auntie. I try to take my Nephew places but my Sister will not relinquish control. Maybe when he turns 4.

Looks like so much fun! I've never been to a circus. The price to get in isn't bad, but holy cow - $15 for a lemonade (even if it does come in a non disposable cup - sheesh)!

So glad you and your nephew had such a good time! He looks like he is having a blast! :)

I haven't been to the circus in YEARS but I'm sure we'll take Emma soon. She loves animals!

But seriously, those prices are insane!!!!! No cotton candy for us!

Such a great auntie!