It's probably pretty obvious that we like cooking at home for special occassions.
It's cheaper and makes it more special in my opinion.
So, while I cooked Valentine's dinner earlier in the week, Brad signed up for cooking a few of his family recipes for our anniversary.
We decided on eating in the dining room which we don't usually do.
I kept all the Mardi Gras decorations up from our Super Bowl party giving that season isn't over until tomorrow.
So, I set the table for our dinner. 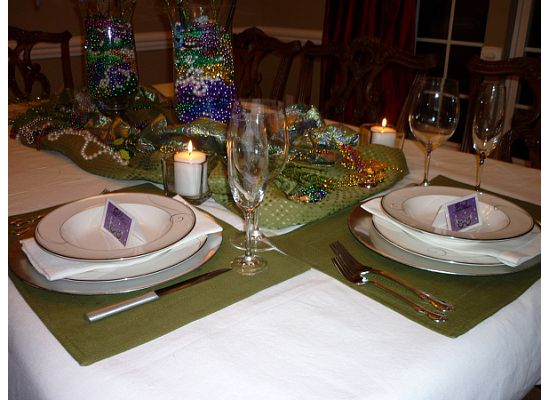 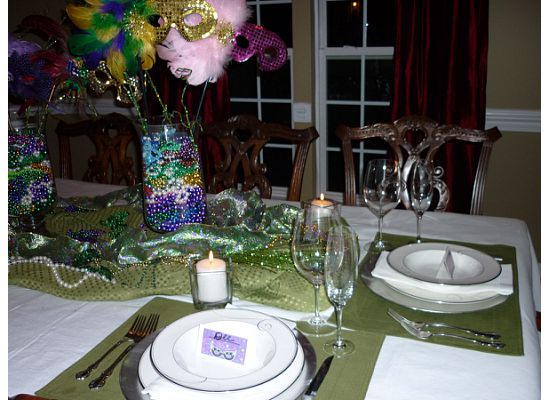 We said early on that our ski trip as our Valentine's and anniversary so we only did cards. 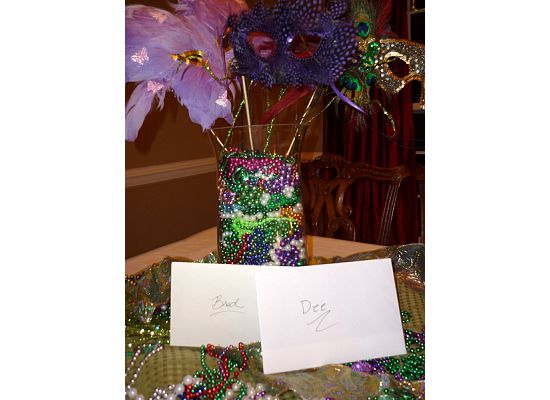 The dinner menu consisted of a roasted red pepper pasta and veal marsala. 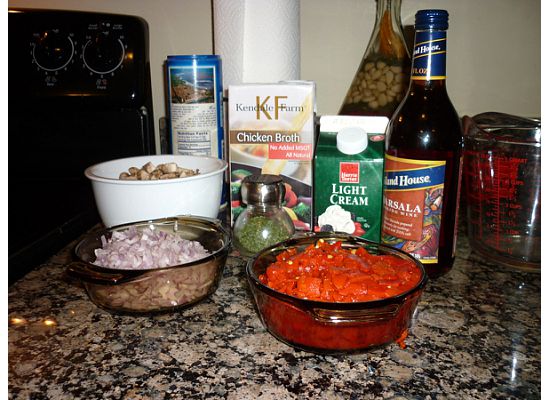 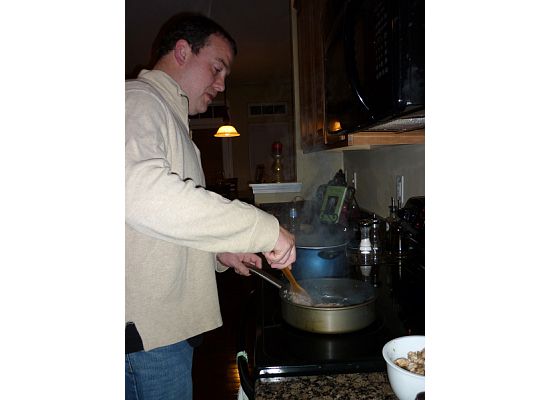 Brad picked up a bottle of one of my favorite wines. 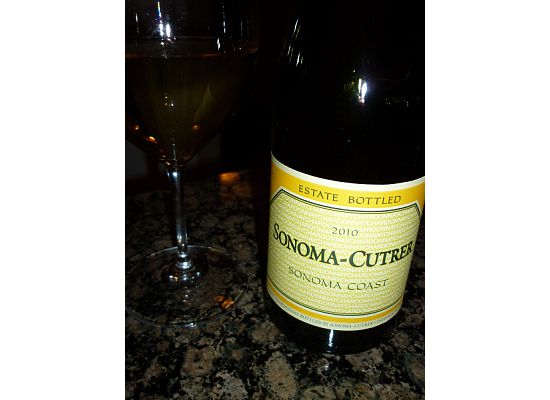 And, dinner was served.
We did it in courses for timing reasons.
The roasted red pepper pasta. 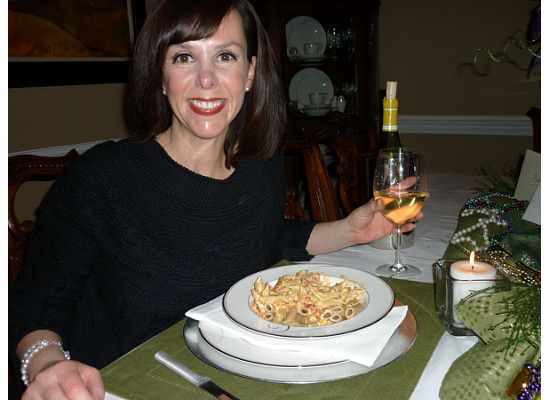 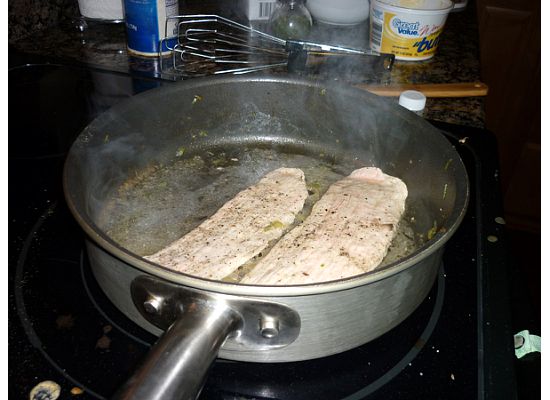 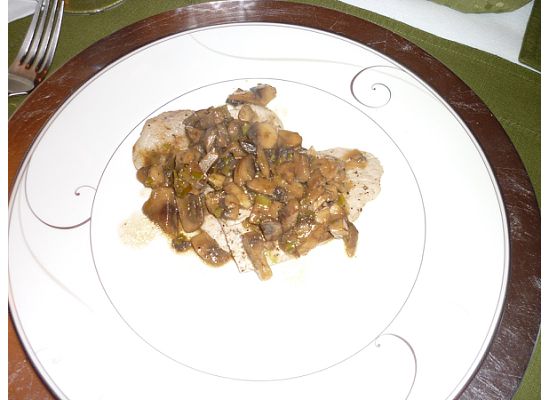 Dessert?
I bought a frozen lemon mousse and I enjoyed some limoncello. 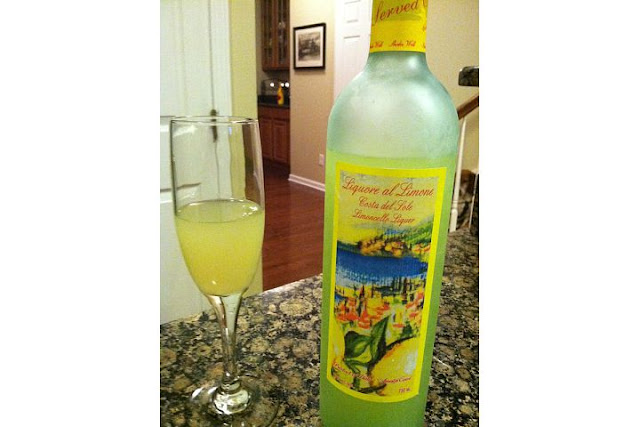 Something I rarely do. 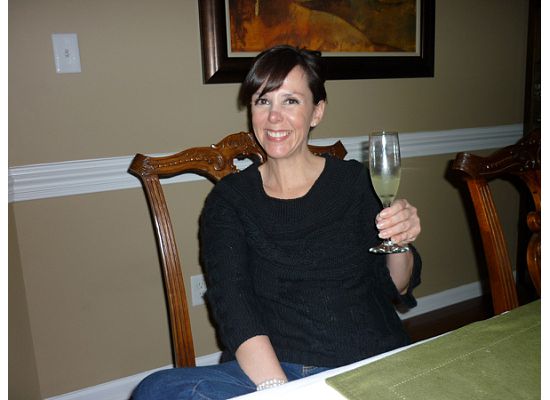 ﻿And, I was paying for it the next day.
Holy headache!
There you have it!
Posted by Dee Stephens at Monday, February 20, 2012

ha! Lemoncello gives me a headache, too but it tastes so good going down! Happy Anniversary!

Love that you celebrate in a special way!

"special way" indeed! I don't know what is more amusing -- the place cards on the table or the fact that you have so many photos taken of yourself! So funny!

Brad is a lucky man. That's all I know. You're like a superwife rockstar and I feel like less of a wife when I read your blog posts sometimes but it doesn't really make me change my lazy ways. Dinner is in the crockpot so at least I cook, right?

Looks yummy! Happy Anniversary! (We love that wine too) :-)

@Georgia Dixie Doll-this is my online scrapbook and if I want a million pictures of my husband and I then I will post them. Please don't read anymore if I bother you. Thanks so much Ms. Renee

What a great night. That pasta looked divine.

Happy Anniversary to you both! Looks like y'all had a great time!

Why? did you have too much of it? ha. This Italian place in our town gives a shot of limoncello at the end of the meal on the house. I think its watered down but its the only time I have had it! You guys make some Delicious meals! I bought free range goat at the market this weekend. (i have never had it) Andrew said goat is the cheapest meat you can buy in NZ ...we are going to have it tonight and I have NO Idea how we should prepare it. I told him to come up with something. ha Should be interesting.

love that you put name cards out for the 2 of you! we ate Vday dinner on the couch at the coffee table! but I did make a delicious steak salad! Hey usually M is out of town

Happy Anniversary! I love cooking at home for special occasions, too! Looks amazing!