Thank God It's Friday!!!
I've never been so excited to see the end of a week.
While nothing major happened, I felt a little defeated this week in the parenting category.
As I've mentioned here before, Shelby has had a real problem with biting at school.
Last week was pretty bad.
1, 2 even 3 kids a day.
So disappointing.
We both talk to her when dropping her off and picking her up.
As much as people act like a 17-month old doesn't get it - well, we think she does.
She knows the word bite and she knows she isn't suppose to do it.
Then, over the weekend, she got a little out of control with the smacking of her hand and grunting when things don't go her way.
She has even smacked us.
Not cool......
We let her know that too.
But, on Monday afternoon when I picked her up there was an incident report saying Shelby swung at her teacher.
(along with 2 other reports of her biting kids)
That was it folks.
I had all sorts of emotion.
Anger, disappointment, sadness, failure.
What are we doing wrong??
When we got home, she did it again.
Swung at both of us.
We did an extreme time out and I think she got it.
Since then, I'm happy to say there's been no reports and we're encouraging gentle touches and hugs.
Even for Mr. Buddy. 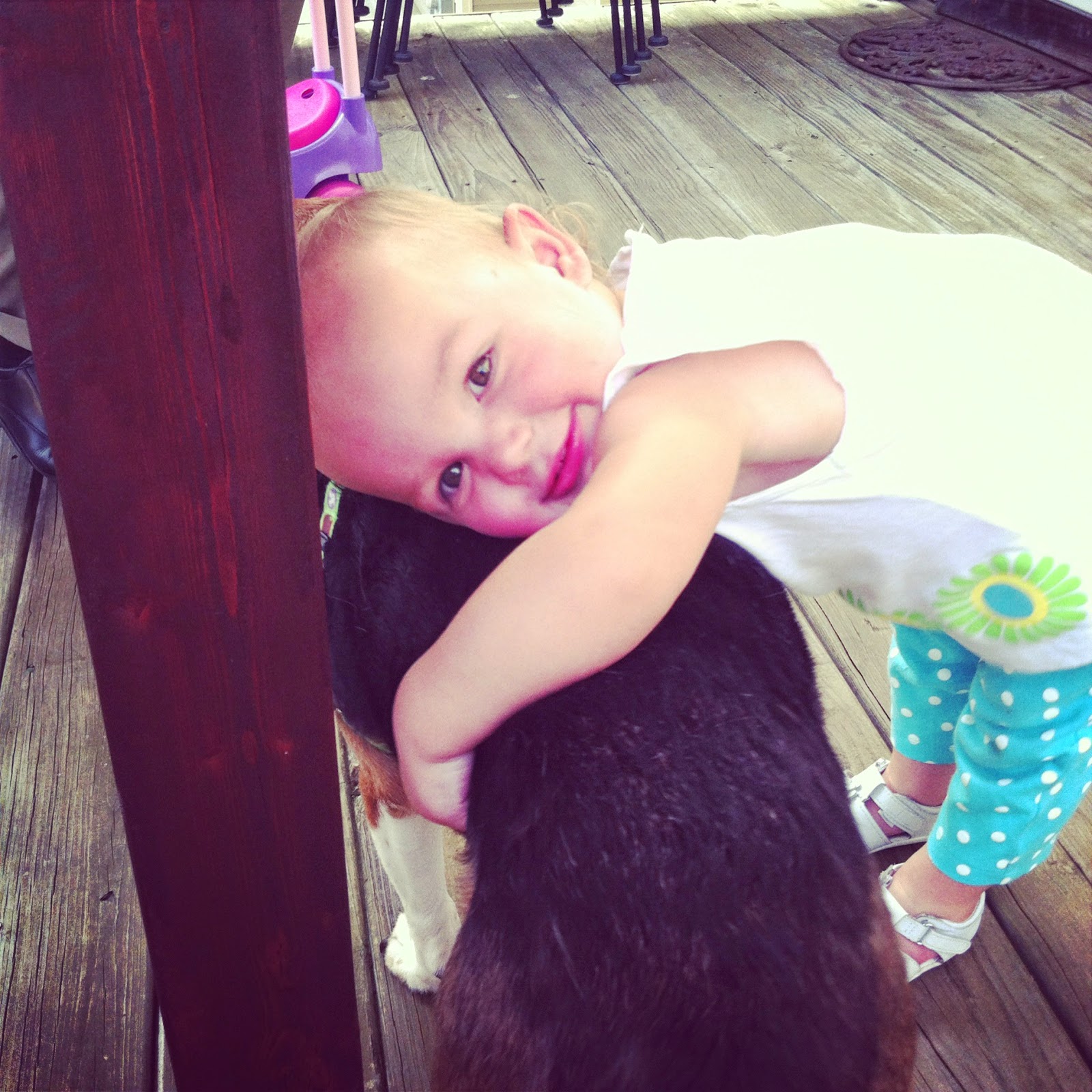 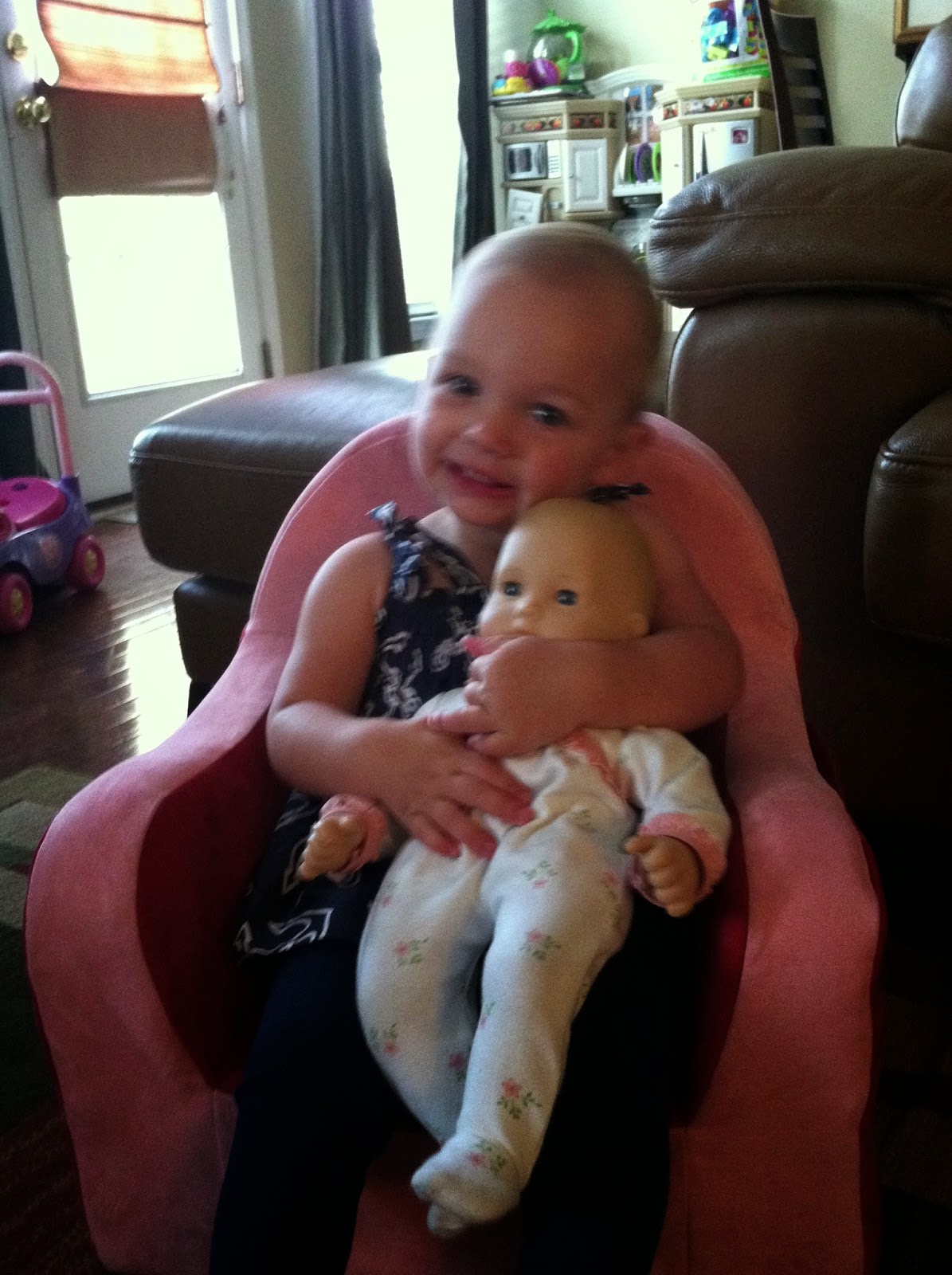 I've been doing a lot of reading and I'm trying to praise her when she's sweet and kind and encourage her to give hugs and kisses. 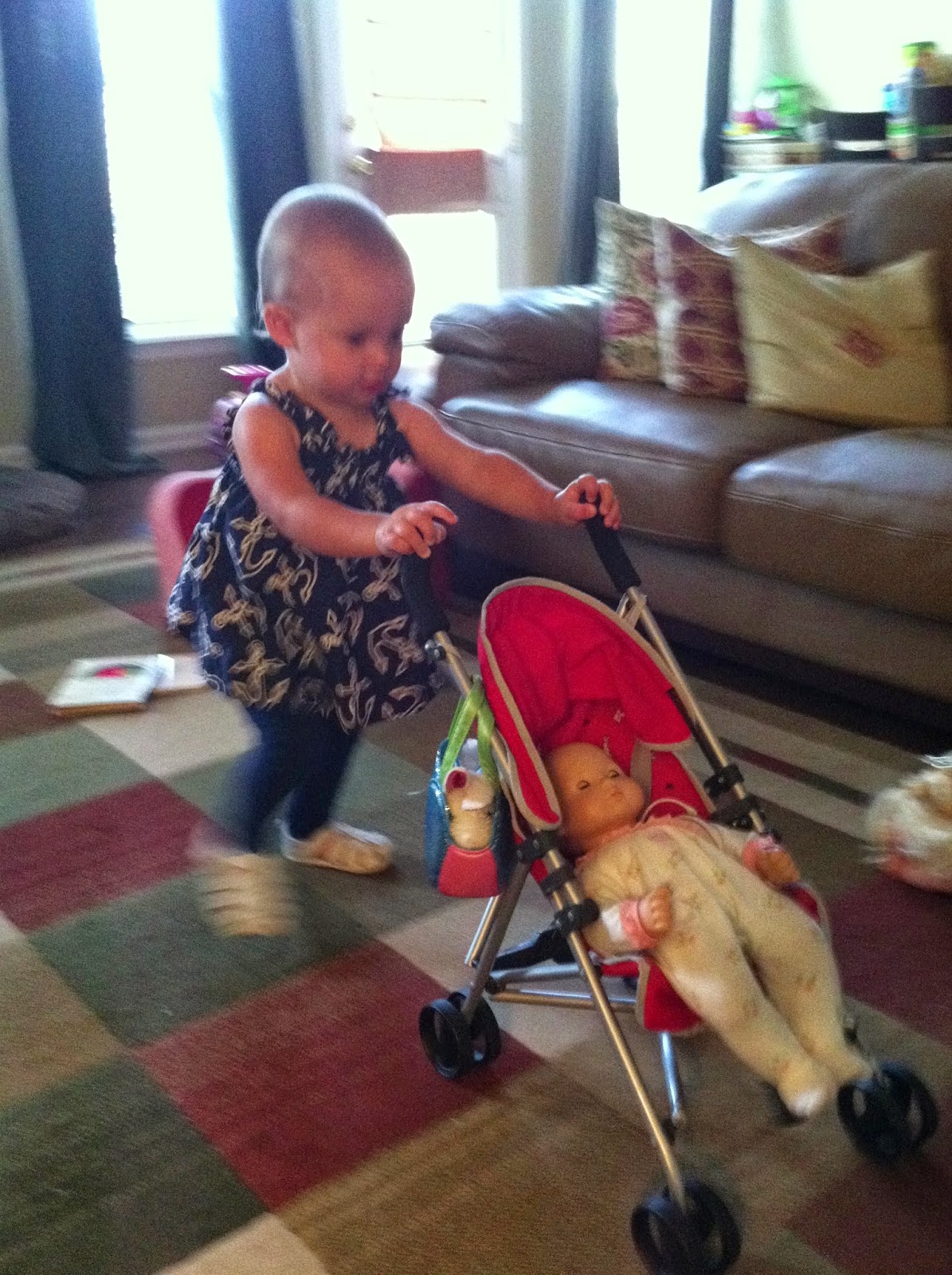 Let's hope we stay on the up and up. 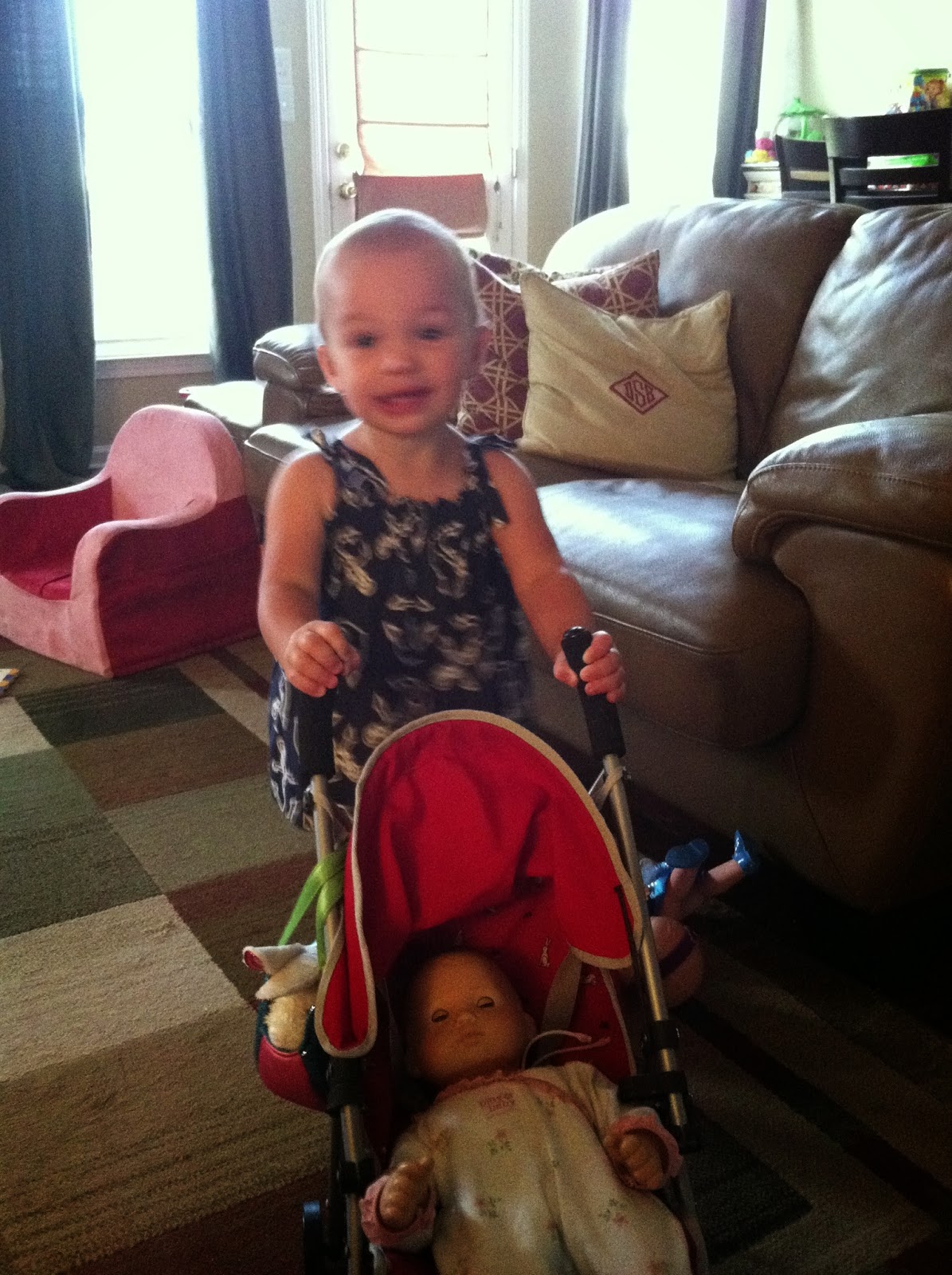 I know it's just a phase but Brad and I are both on the same page about intervening before it gets out of hand.
As I've said before, I REFUSE, to let her be a bratty, spoiled child.
Here's to a good weekend and an even better week to come!
TGIF!
Posted by Dee Stephens at Friday, May 16, 2014

Sounds like you're doing all you guys can! She's still so adorable!

Mom always said it was so mortifying when I acted out at school. You are doing all you can.

You guys are such awesome parents! Sorry to hear it's been a rough week, can't imagine your frustration. Hopefully you are having some much needed r and r thus weekend!

My heart goes out to you! It is so hard not to take it personally. I am sure she will grow out of it, but in the meantime it sounds like you are doing your best to curb the problem!

Uuuughh...I know it's hard to be on the side with your kid being the one with strong personality, but sounds like you got this and are on the right path! Love your determination to refuse to raise a bratty child...in the end it'll pay off and she'll be good coz y'all raised her well!

You are doing nothing wrong at all. Some kids just show their frustration like this. Jack used to bang his head on the ground until he broke skin and bled. WTH? She's learning to manage it all.....she will be fine. Carry on, brave parents!

You are doing great! It is so hard!!

Oh you know I know ALLLLL about this! Between both kids we've had some sort of anger situation. Drew is in the biting/hitting phase, and when we're together I try to distract/redirect her when I see her getting upset. I also repeatedly tell her 'no hitting' or 'no biting' and timeout is VERY effective. I will pray that it gets better for you!!

I'm so sorry sweetie..definitely sounds like an emotional week. I can't imagine how difficult times like that must be, but I know you are doing an amazing job and will raise an incredible daughter who is so loving, strong and caring!

I'm playing catch up to some blogs. Finally have some downtime. It will pass. I don't know of one parent that doesn't go through at least one thing, and when this issue gets solved then another one will creep up. I went through some stages with both of my children in preschool when they were in toddler class...which would have been 18 months to 2 years of age when they started that particular school year. So, it may have been before two or right after two, but both had points of aggression. My daughter use to grab people's shirts and pull bows. My son bit some, and my daughter may have even swatted. But, I did like you...and sure enough...it passed and then about three or four months later, the other children went through the same thing.