The first of the year brought big changes in our house and we've been somewhat hunkered down trying to make things a smooth transition.
As I mentioned in a previous post we moved Shelby into a big girl bed around the 2nd of January.

I'm not going to sugar coat things, there were some good nights, but bad ones too.
3-weeks into it, I'm hoping we are smooth sailing but just Saturday night, during our cousin sleepover she rolled and fell out of the bed.

It's pretty low so she was fine but it scared her and I went up there to console her and get her back in bed.
That's the first time that has happened, but more the issue has been her waking up after being asleep for several hours and getting out of bed and crying for us and wanting to get out of her room.
Again, we NEVER had these issues with her in the crib until right before we transitioned her and she was trying to get out.

Our strategy has been to just go in there and put her back.
She cries and goes nuts, but we just close the door and hope she gets back into bed.
Again, some nights have been better than others.
Even last week, we spent 3 and 4 hours putting her back in bed.
Exhausting to say the least, but at least Brad is an awesome Dad and helps out! 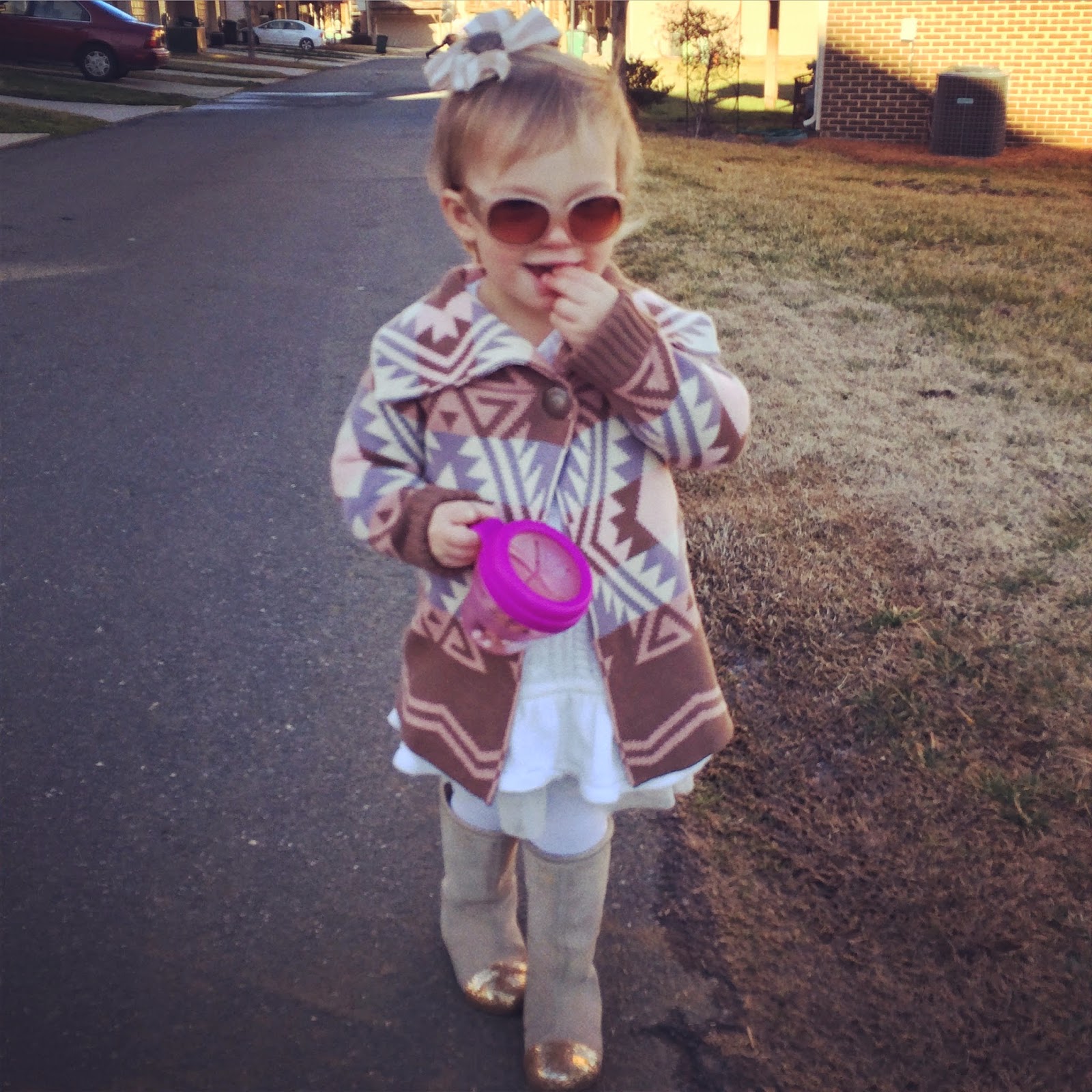 We introduced Shelby to the potty months ago, but it wasn't until she got into the 2-year old class when things got serious.
She started in there right after her birthday and between them doing the routine with them daily, the potty baby my parents got her for Christmas and just encouraging her, we're almost there. 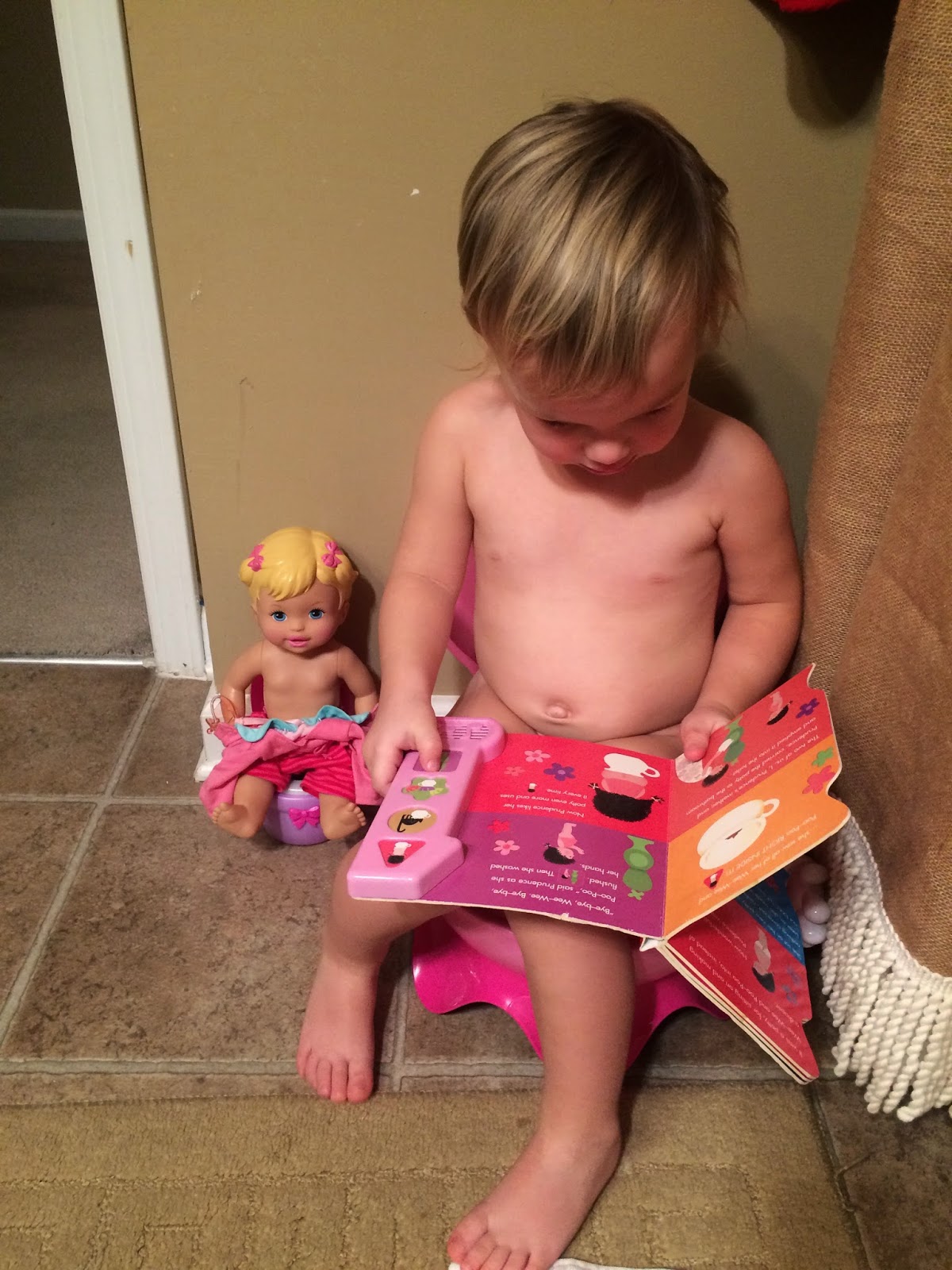 This past week the teacher kept going on and on about how great Shelby was doing with the potty so she said to go for it and send her to school in panties.
So, last Wednesday I went for it and she's done really good!!!
Her first day she had NO accidents at school or home!
Talk about proud!!!
Look how proud SHE is.
:) 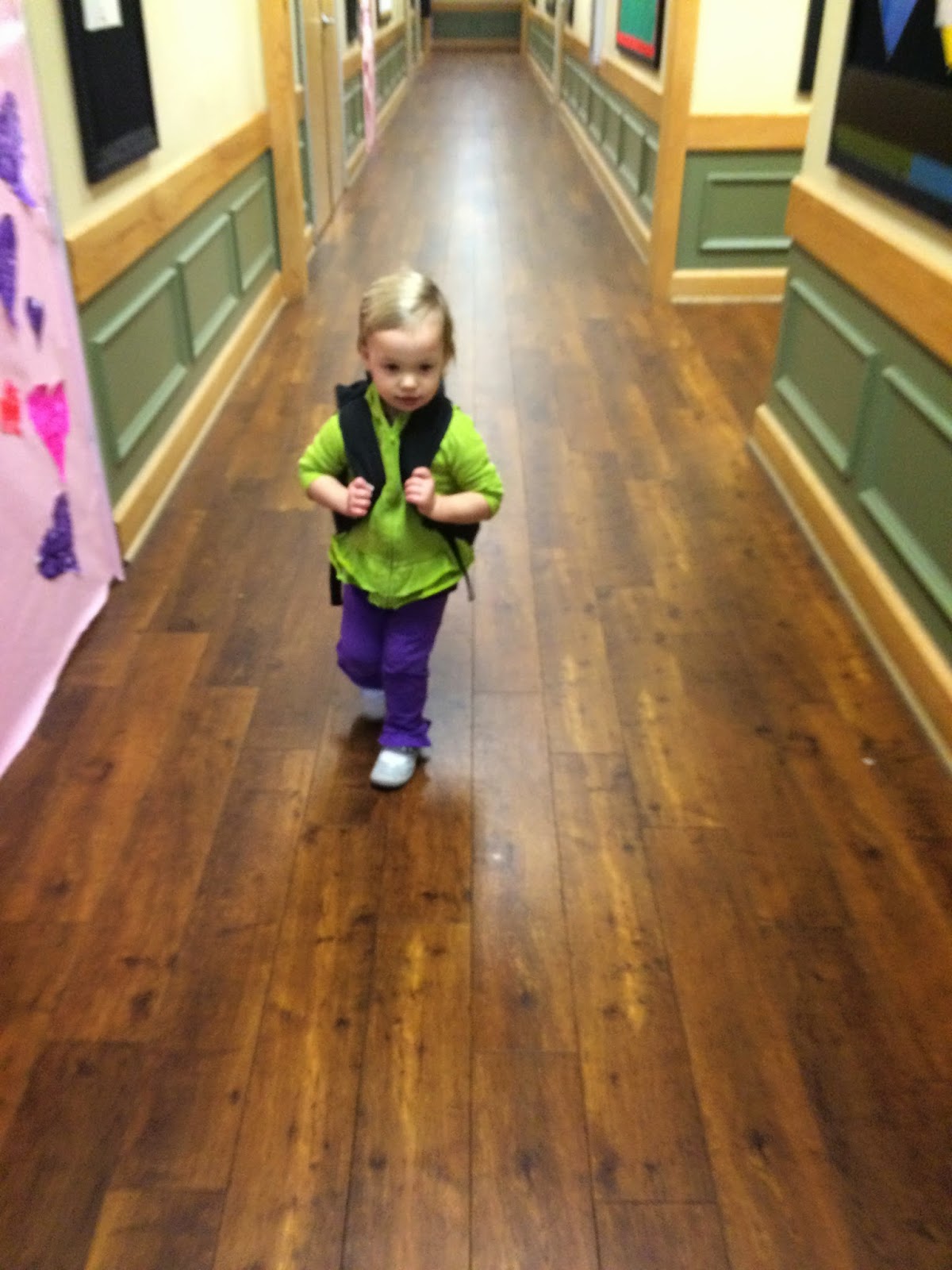 Over the weekend we had good and bad moments but still never #2, that it until last night!
I know we're not over the hump, but I'm really hoping by this weekend we'll be one step closer!

January is generally a slow month anyway with events and such so our goal was to try and get through some of these transitions before Spring and Summer travel season.

My least favorite part of parenting! I was so thankful for our daycare for encouraging it all day long! I still credit them! She is doing awesome! Have you thought about a bedrail for her bed? That worked well for our girls. Good luck yall are awesome!!

Drew is SO close too - she could be there except she CHOOSES to be in her diaper. I will say 'Do you need to tee-tee in the potty?' while she's in her panties, and she'll say 'No, tee-tee in diaper.' GRRRR! She hasn't had an accident at school this week at all (even through nap), so I think we're close too!!!!! She's still in her crib, and my goal is 3. Fingers crossed she doesn't try to climb out. I think she's just short enough that she couldn't get over yet...

Omg, Shelby looks SO proud, so grown up and SO precious!

That last picture!!! Shelby is such a big girl now.