As I mentioned in my last post, this past week was a rough one one as we transitioned out of holiday mode back into our routines, schedules, work and school.

There were some high points though such as first pigtails for Shelby!
Giving how bald she has been, this was pretty exciting for us!
I surprised Brad for his 37th birthday. 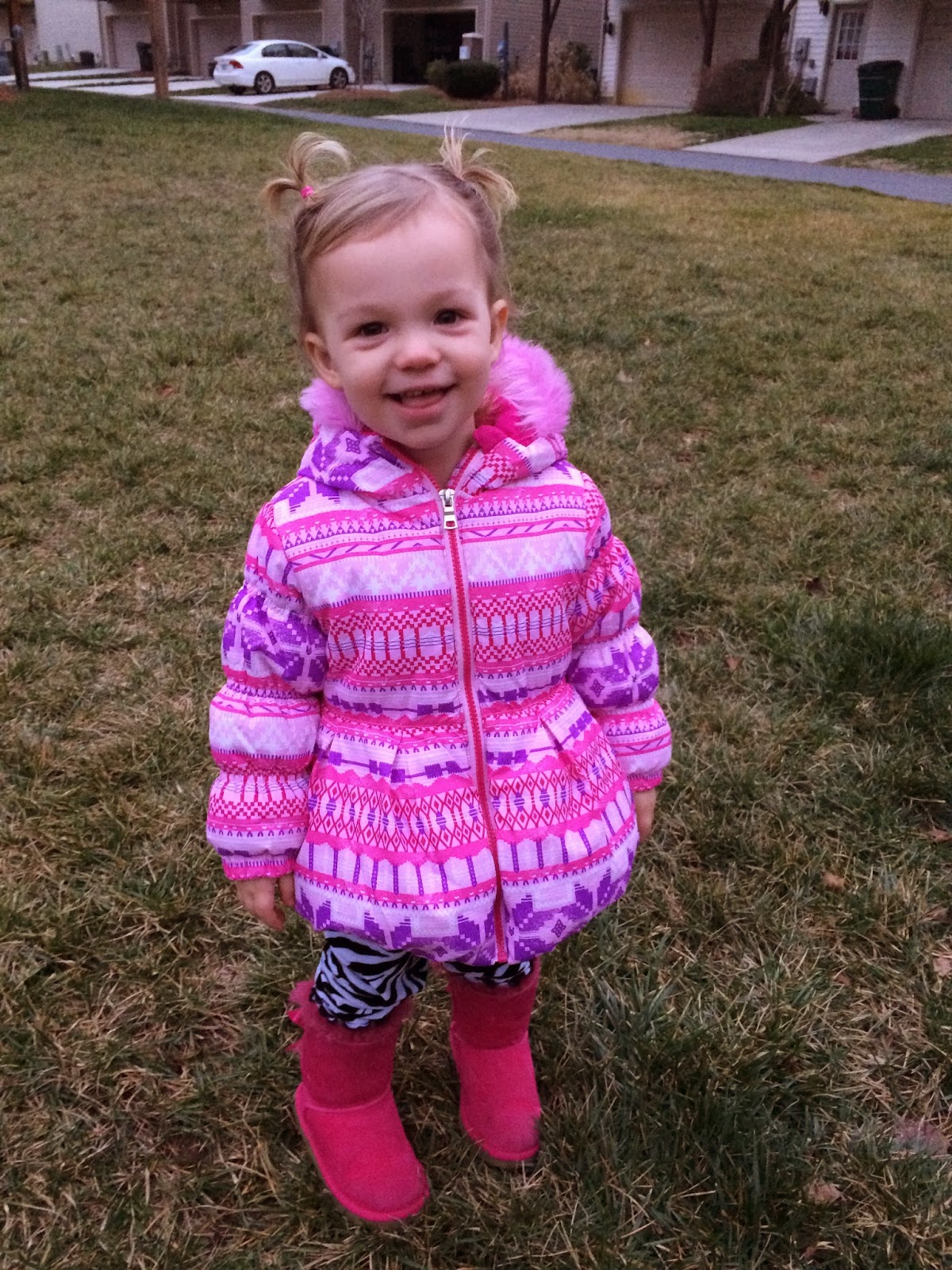 Which was spent at home and very low key. 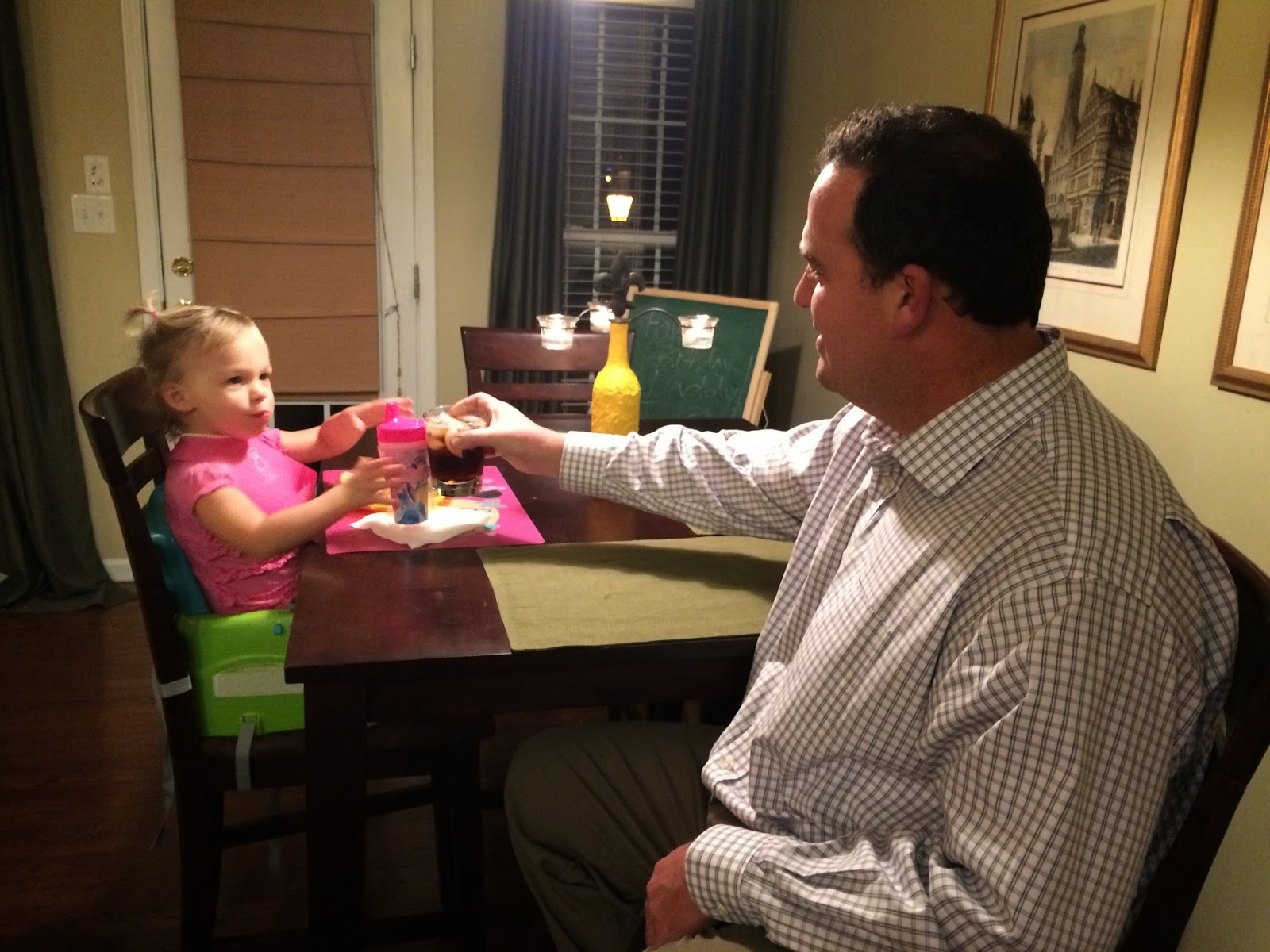 Instead of cake, rainbow sherbet. 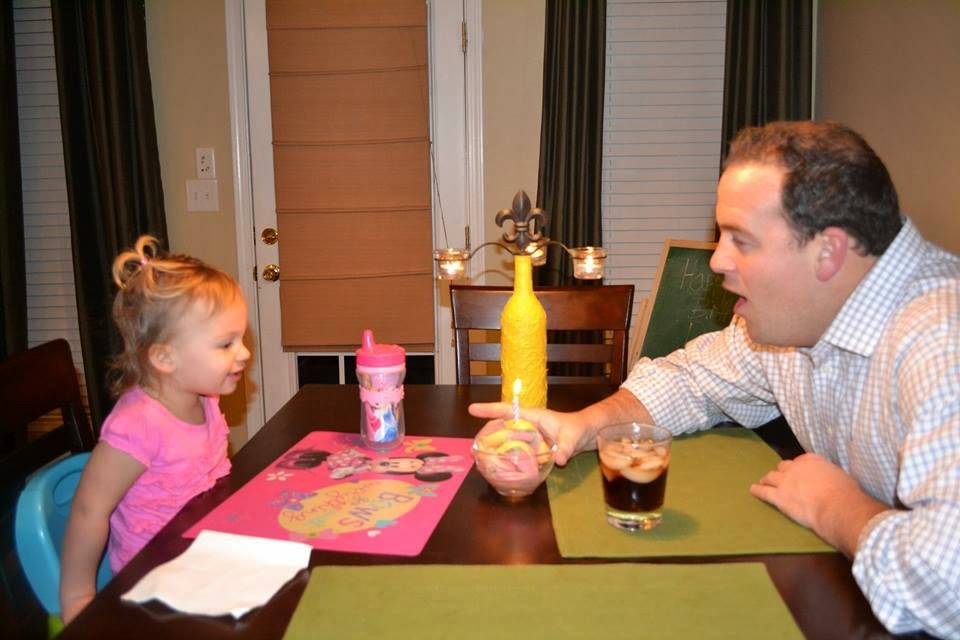 The next day I had a hair appointment so Daddy took Shelby to dinner.
He loves doing this.
My hairdresser said it's because he gets so much attention for doing it.
HA!
She's probably right. 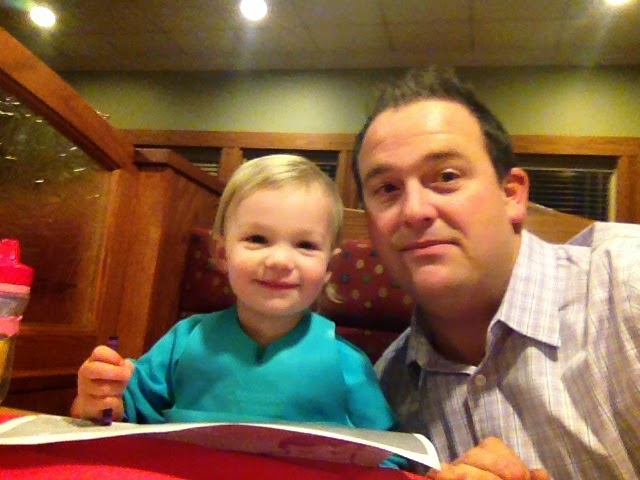 Saturday we met a group of friends for an afternoon at Old Mecklenburg Brewery.
They're in a new location and it's SUPER nice! 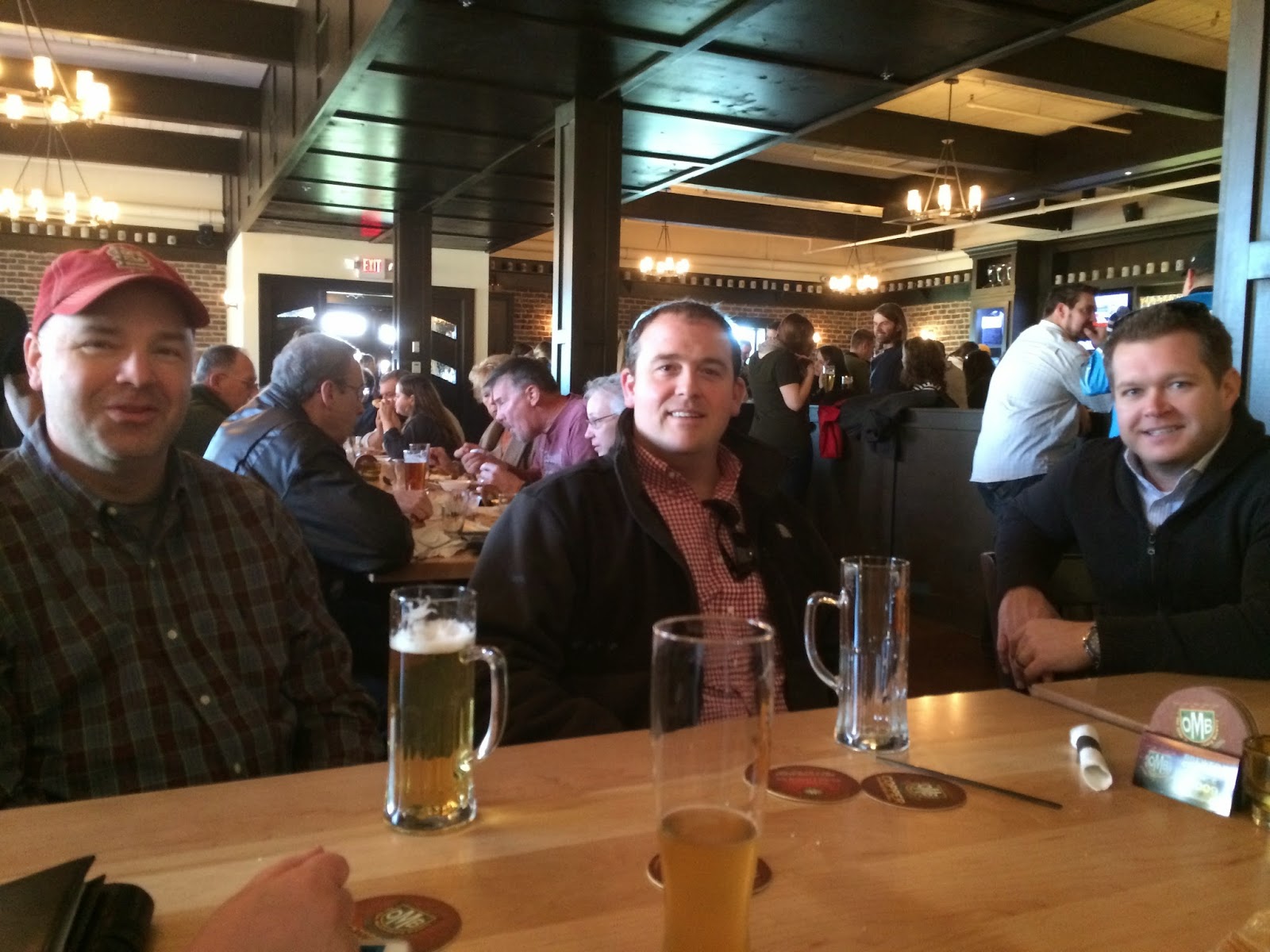 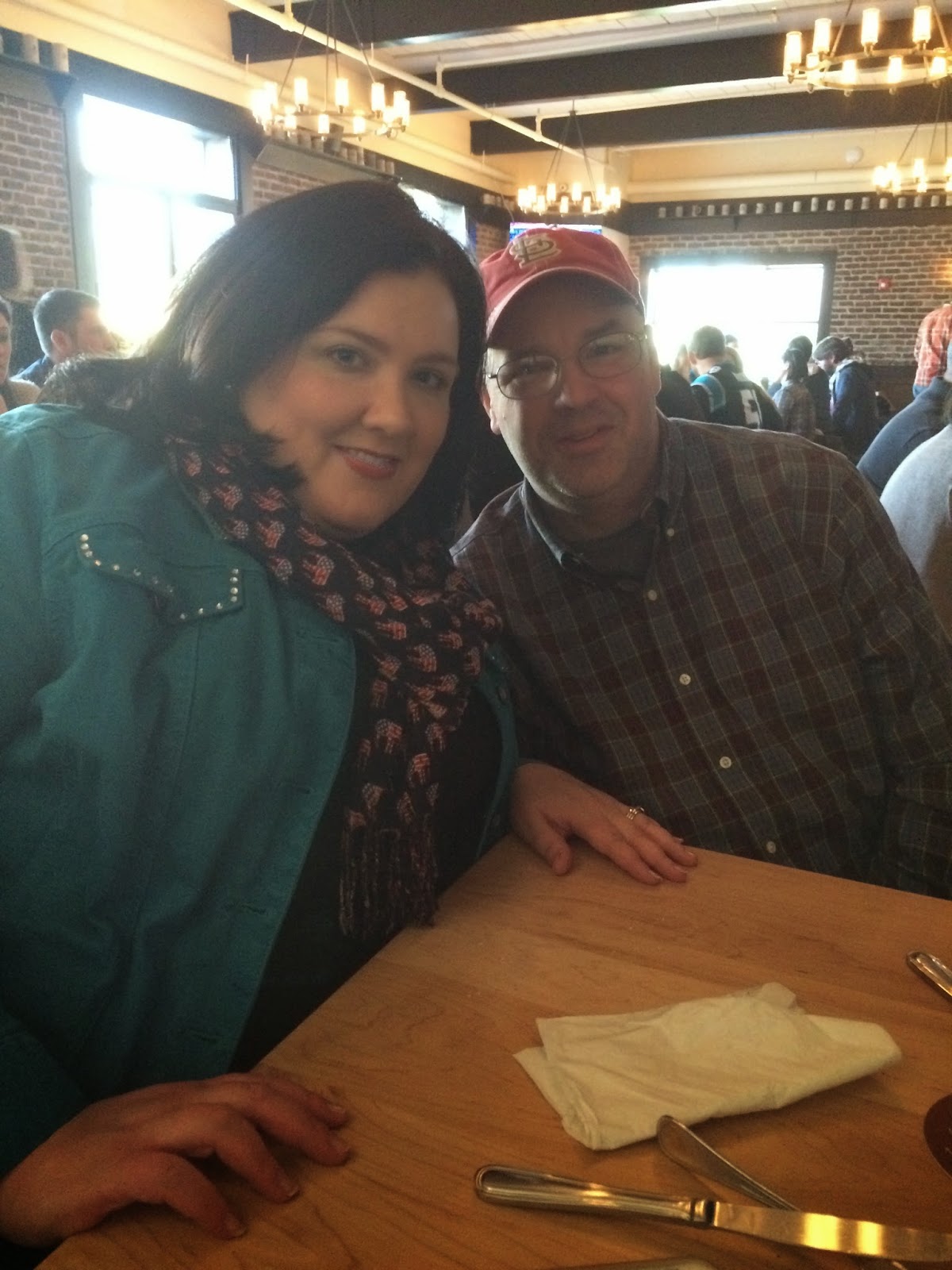 My cousin and her husband gifted Shelby a stuffed otter and she loves it.
Tonight in fact, she was sitting watching TV with it and looked at me and said, 'Alayna and Sean?'
YEP! 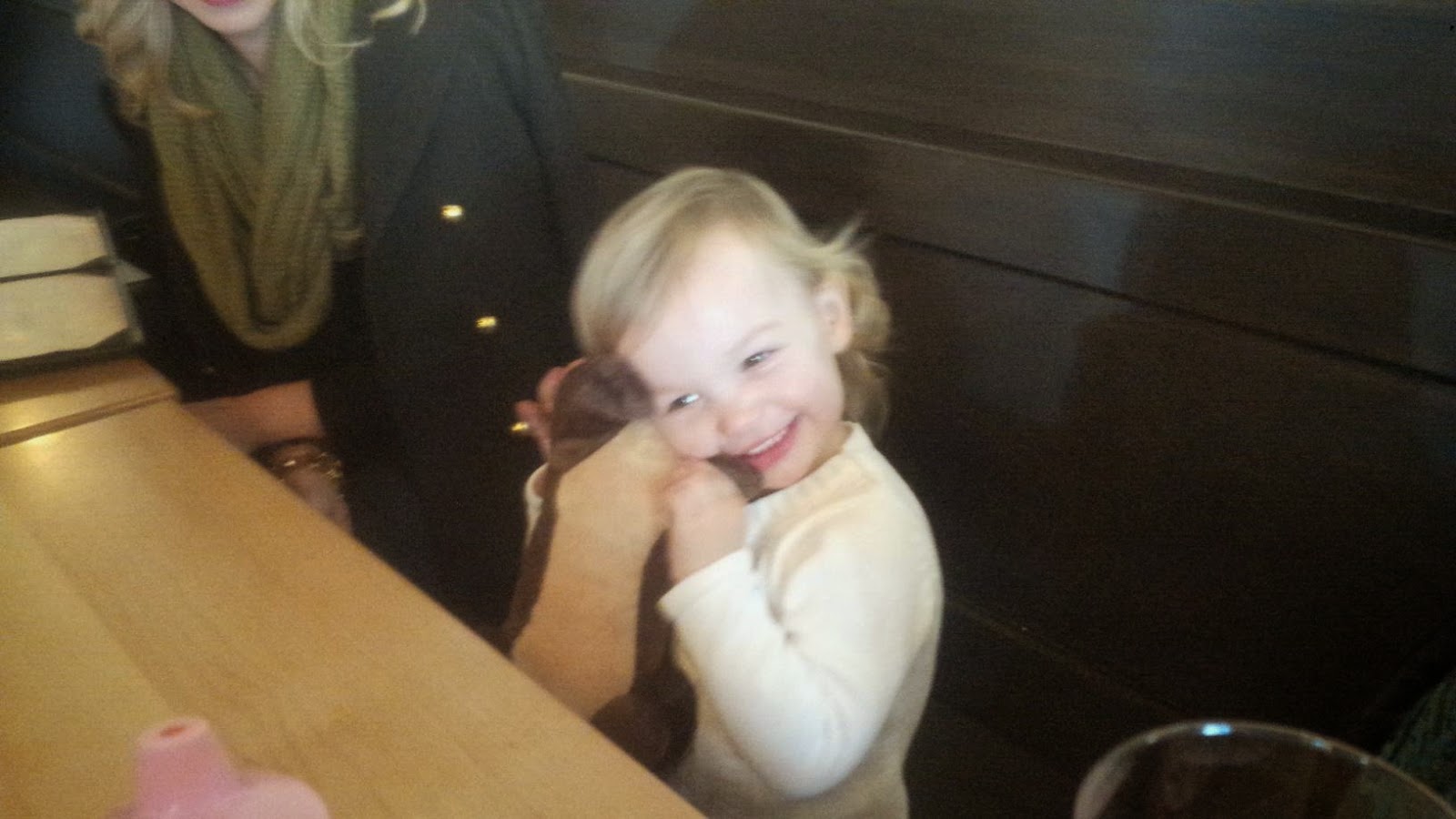 The otter even made it into a group photo.
HA! 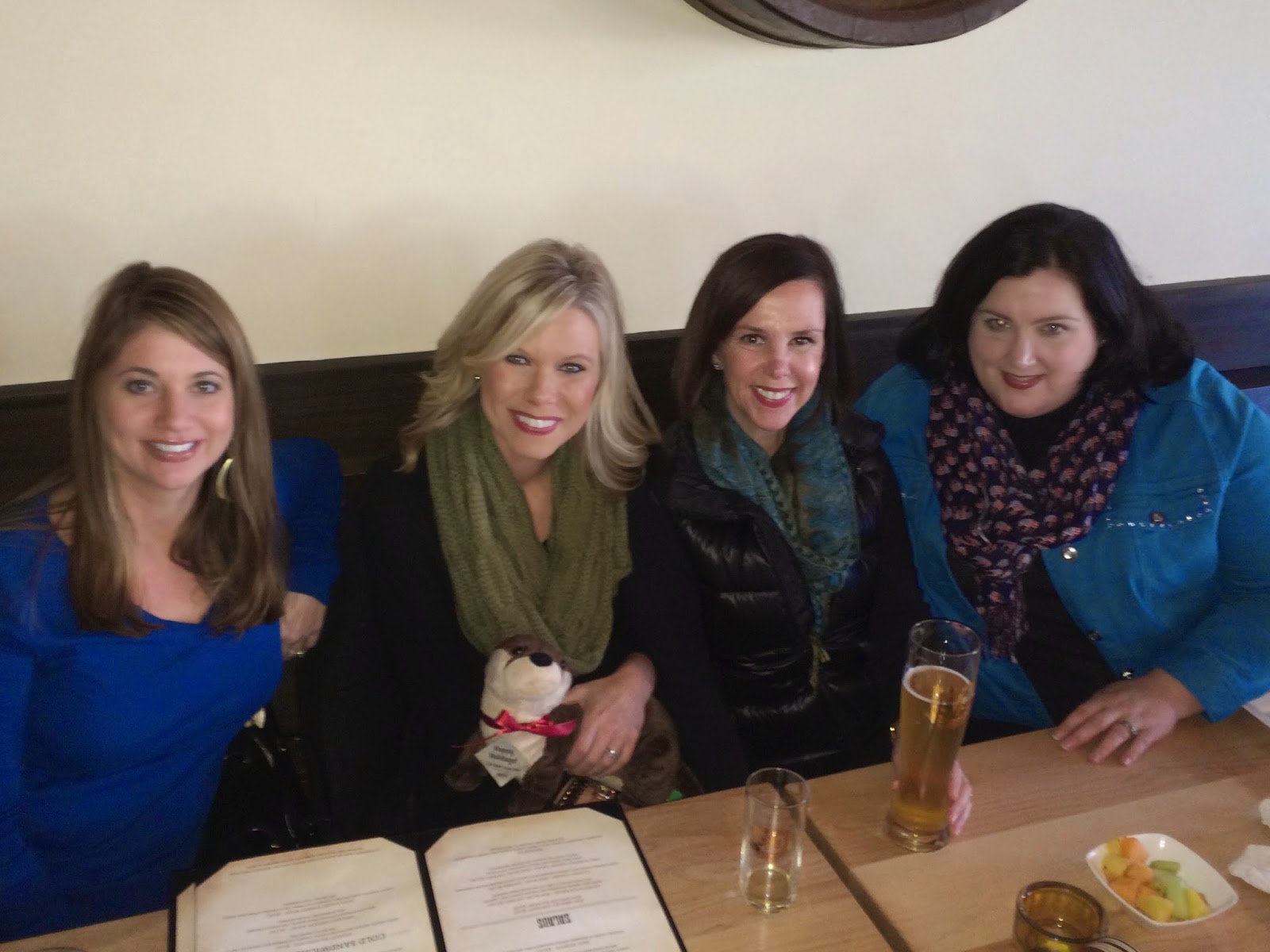 The Panthers played in their 2nd playoff game on Saturday night and our neighbors Seda and Mike invited us over for a watching party.
The game was an 8:15pm start but we went early to let Shelby play with their son Ayden who is around 6-months younger than Shelby.
Despite not napping earlier in the day she was on fire and couldn't play with all his toys fast enough! 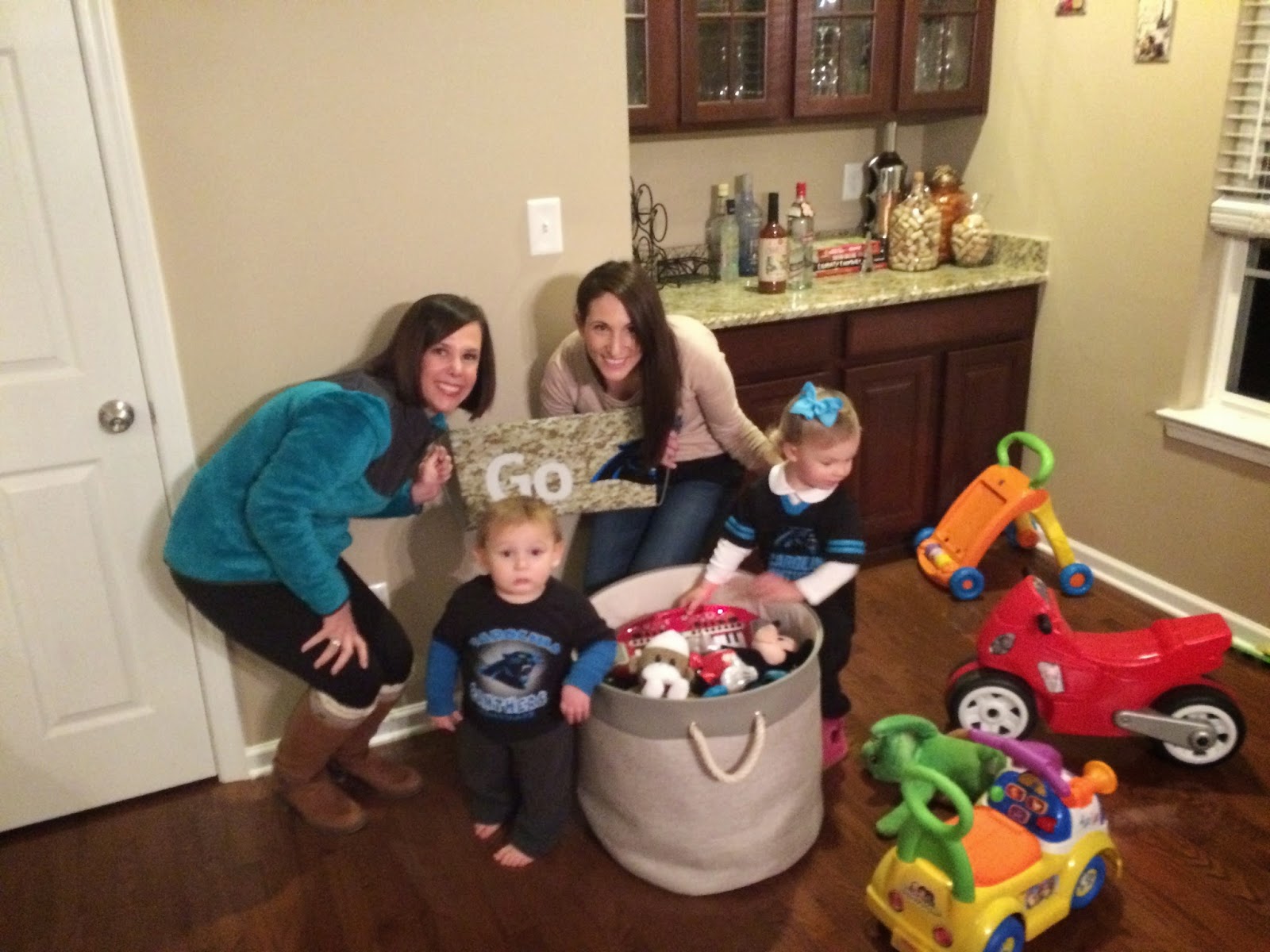 We did manage to get one team spirit photo with the kids before the big game. 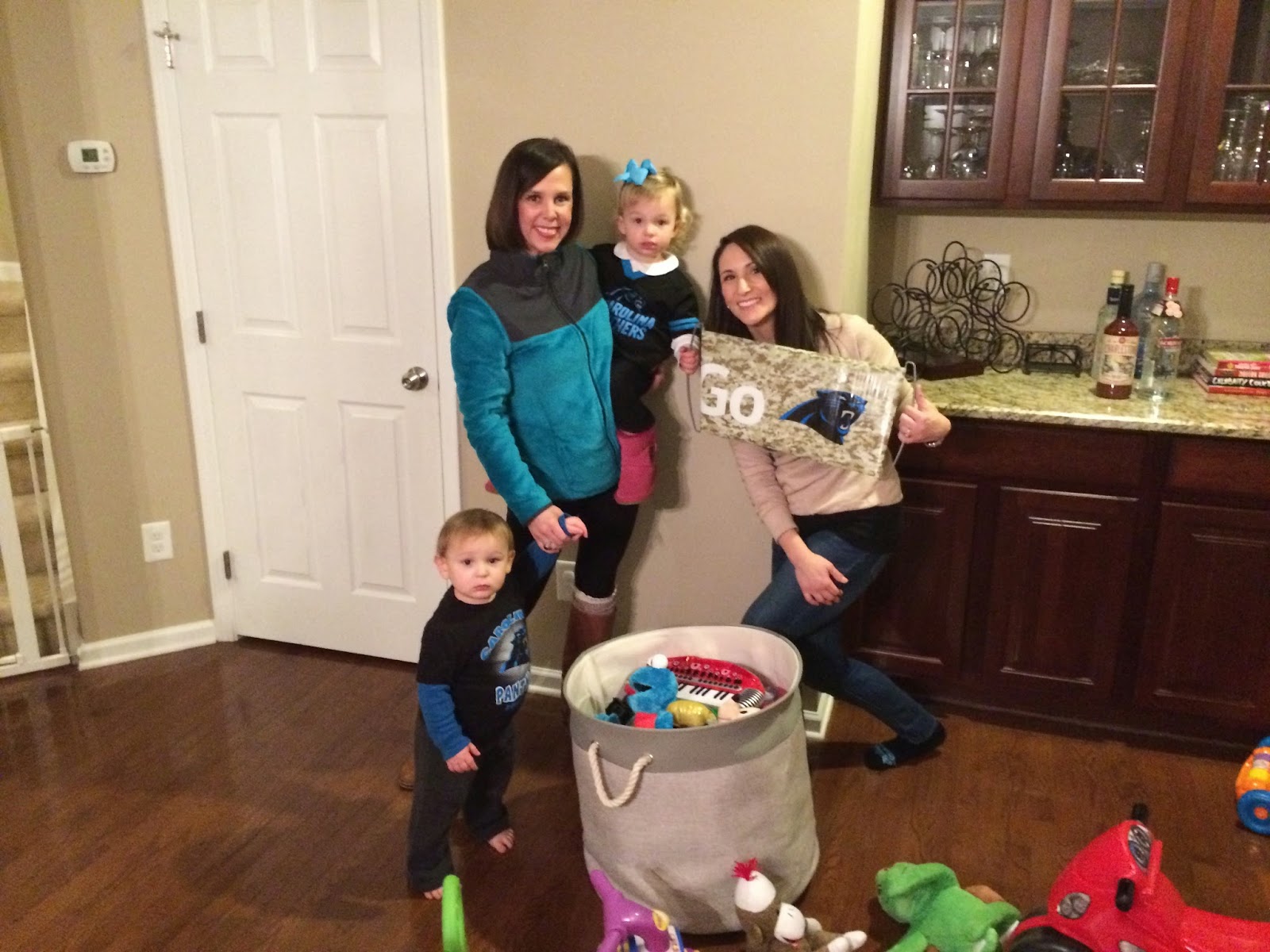 And, while the adults cheered on the team, ate and drank, the kids played. 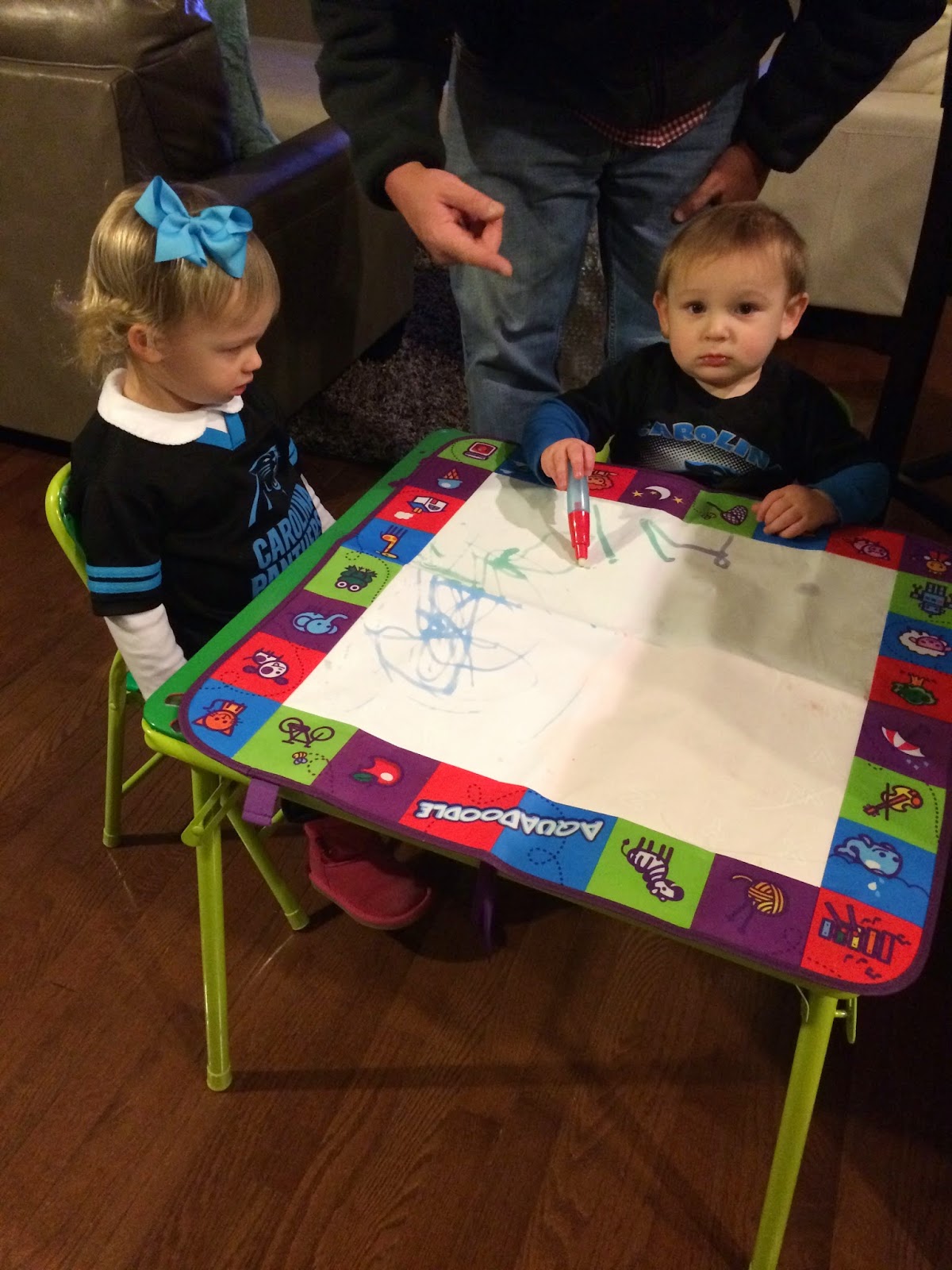 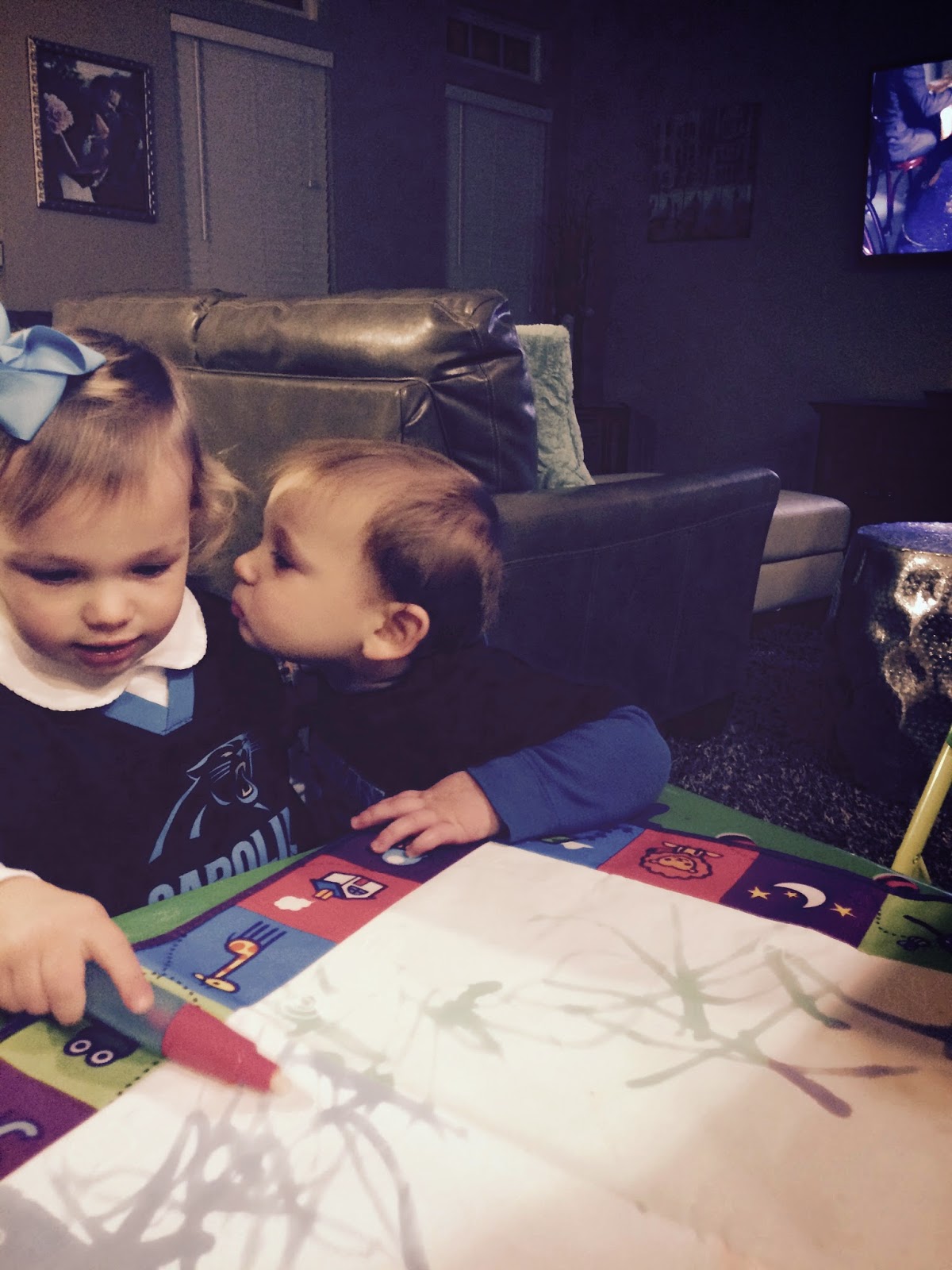 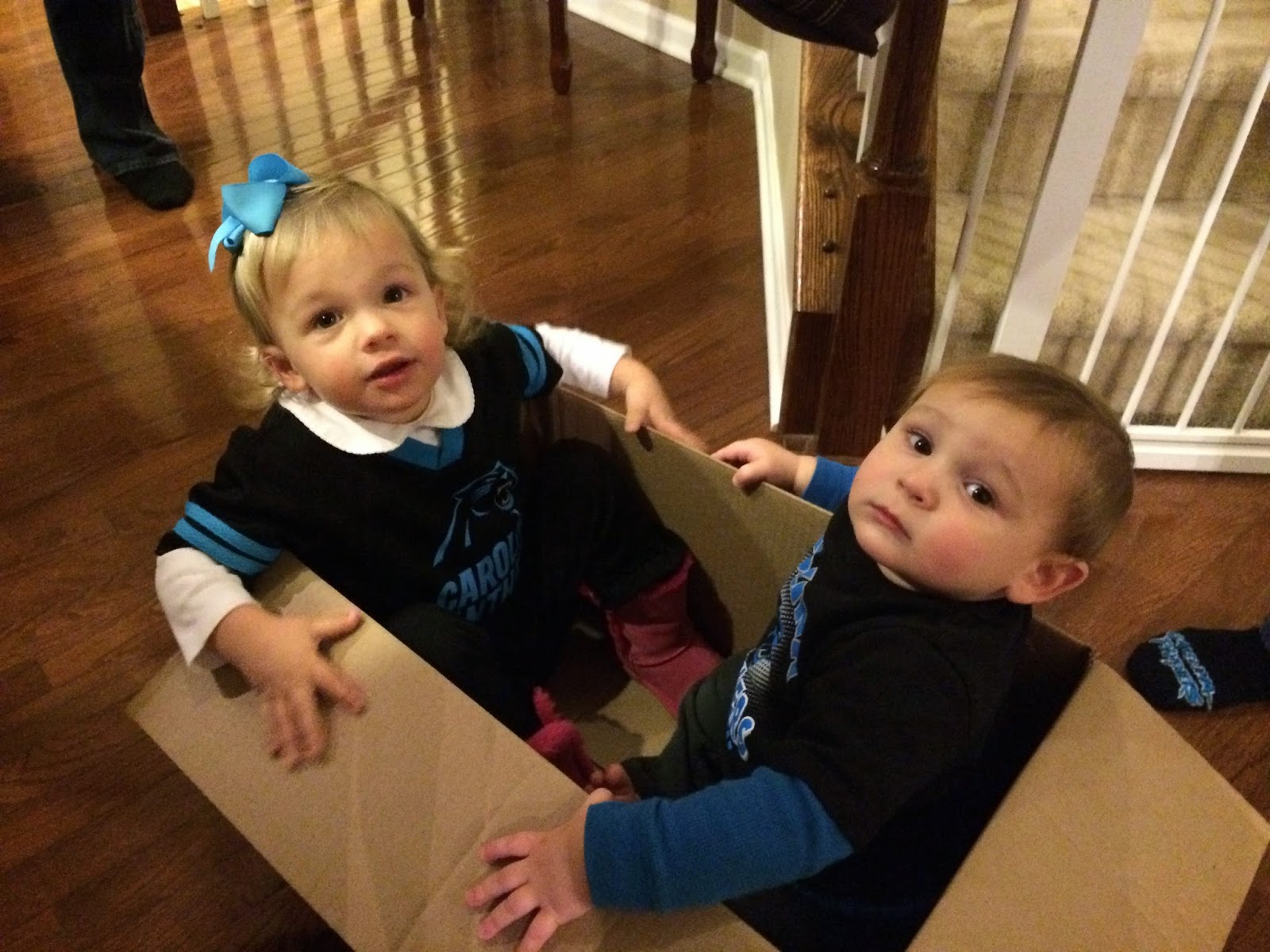 The Panthers didn't win, but they had a better season than expected overall. 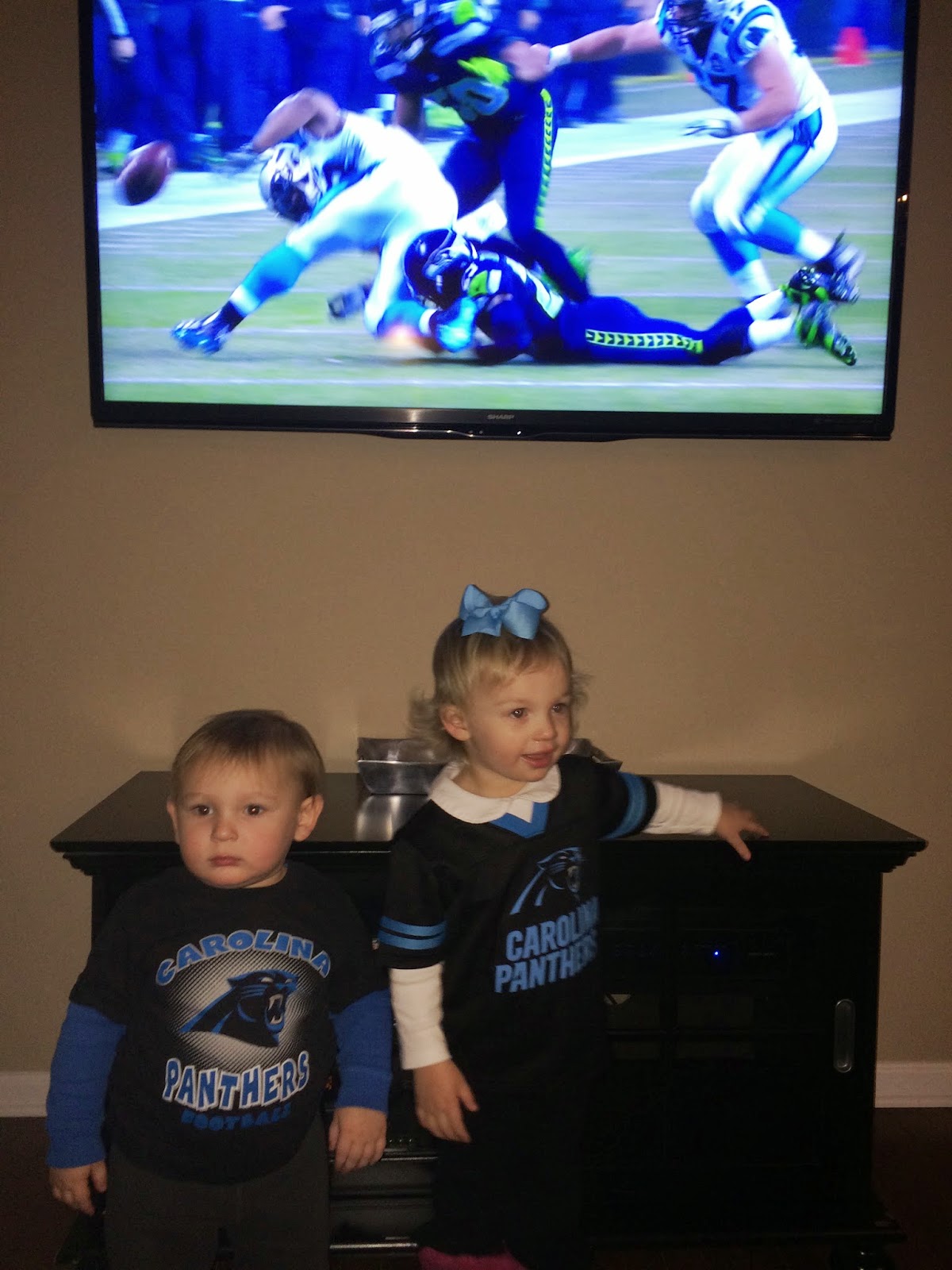 Tonight, the big game is Ohio vs. Oregon and I predict the Bucks will beat the Ducks!!
Other than that, not much going on here except rain, fog, more rain and dark skies.
I'm hoping the weather will improve this week!
Posted by Dee Stephens at Monday, January 12, 2015

We love spending time with shelby!

Her pigtails are so cute! Drew won't let me do 2 piggies because she plays with her hair too much and pulls them out! Happy birthday, Brad!!

I'm seeing so much of you in her lately!

I love the pigtails! This weather is such a drag. It's depressing.

Too cute in her pigtails!!!

Look at those sweet pigtails. She's really getting big! Tell Brad I said Happy (belated) Birthday, and I love the special dinner with just he and Shelby…so sweet!