Shelby is 18-months as of today.
It's amazing just how much she has grown.
This time last year she was just 6-months old and not even crawling.
Now girlfriend is all about trying to walk up the stairs by herself, walk the dog by herself and imitate everything that we do.
She's also getting better at talking.
It's super cute but at times challenging because if she doesn't get her way on things she falls flat on the ground(wherever she is) and throws a tantrum. 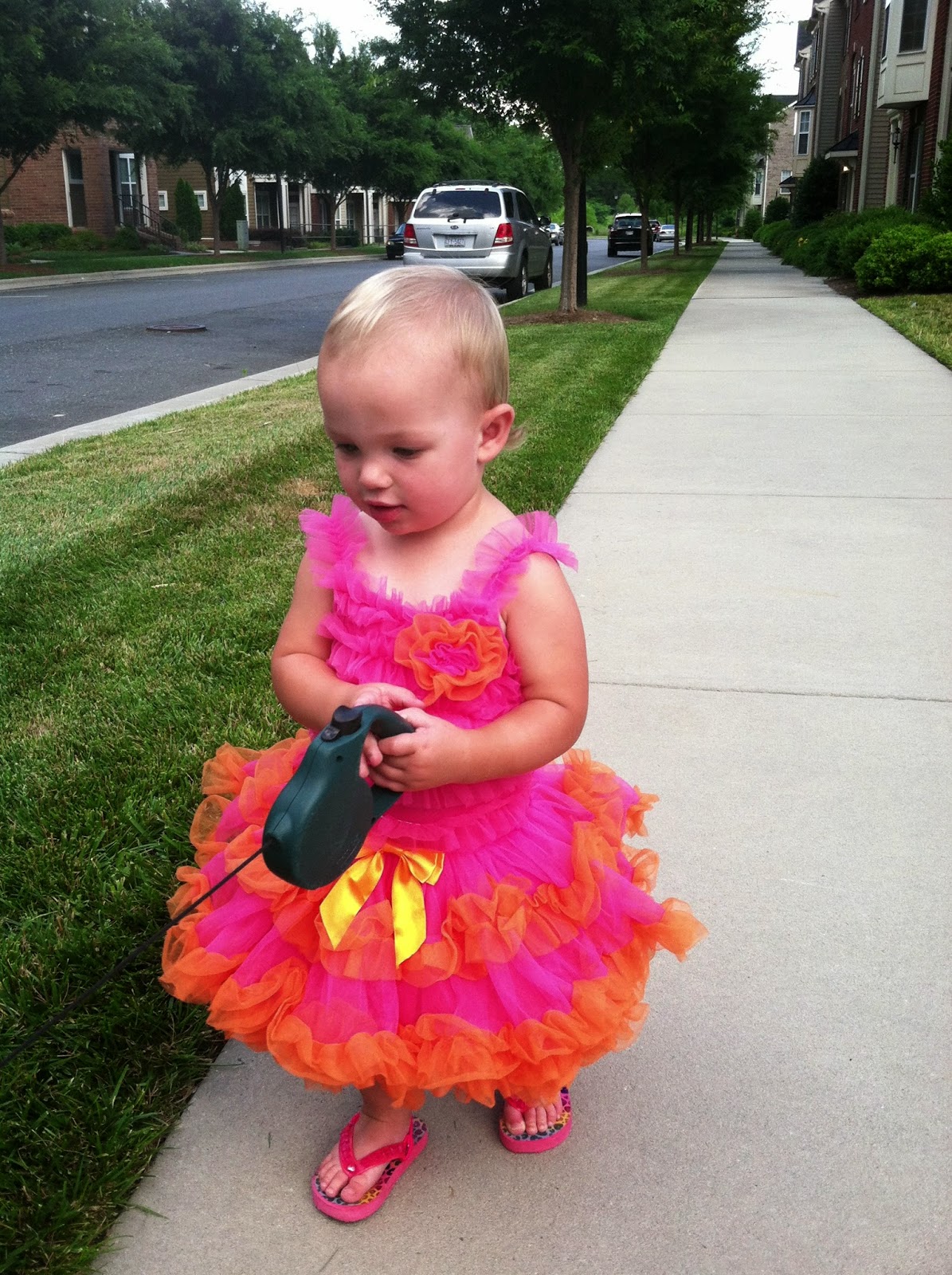 It's nothing major, it's basically fall to the ground and lay there.
It's just not great when it's in the middle of the street.
LOL!
I've mentioned several times on here in the last few months about the challenges we are having with Shelby's hitting and biting.
Well, I'm happy to say it's curtailed quite a bit.
I'm not saying she doesn't still do it, because she does.
It's just NOT as frequent. 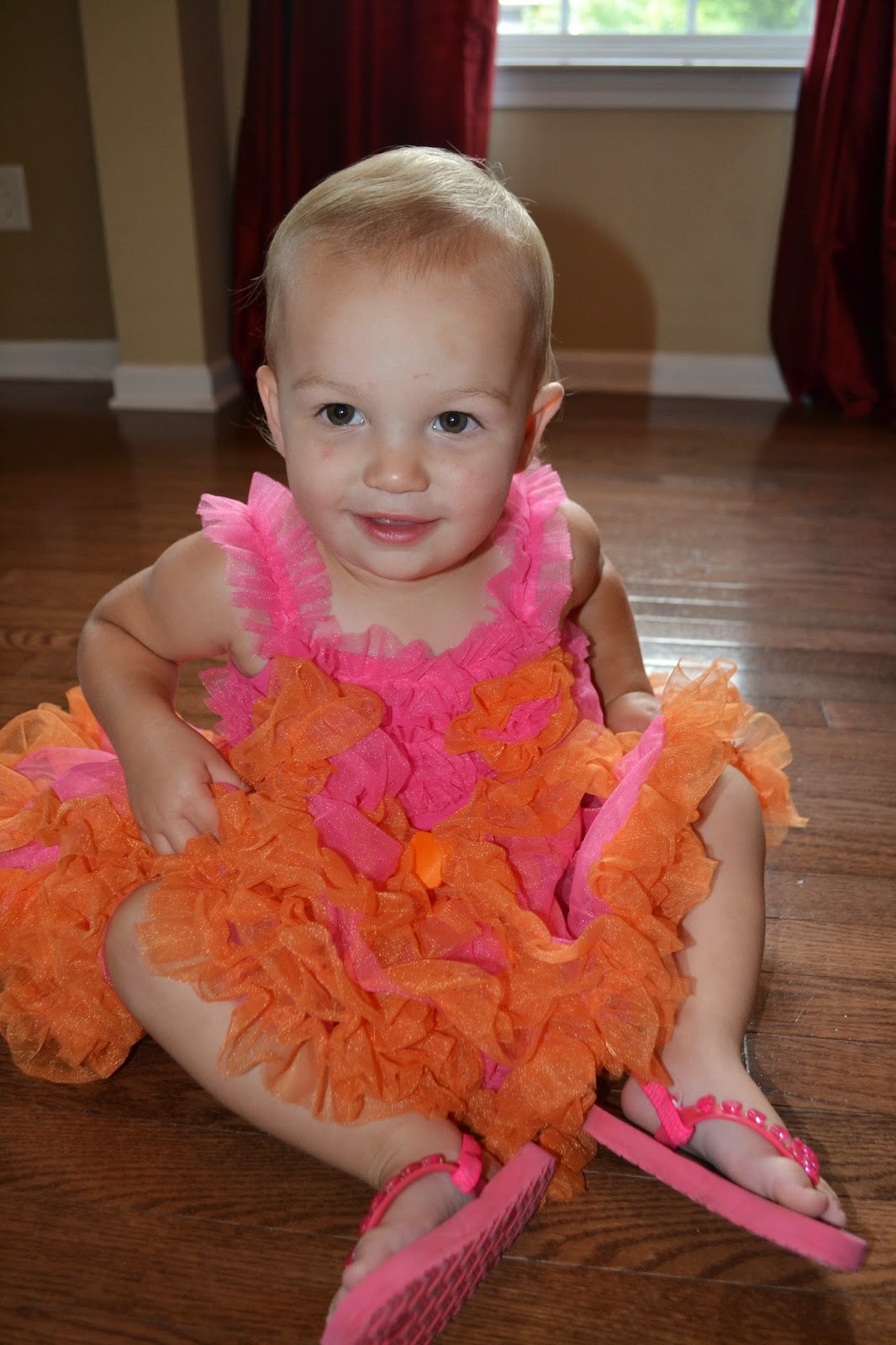 We're getting fewer and fewer incident reports when we pick her up from school.
Funny to say, more of the incident reports we have been receiving have been about HER getting bite!
You have to laugh.
I guess?
As for the hitting, she still has her moments but it's definitely not as bad as it was a few weeks ago.
I was starting to get really frustrated.
So, what do I think has helped?
I'm not sure but I know one thing, Brad and I both being on the same page and consistent with our reprimands has to be helping.
Basically time-outs.
As I've said before, we're just trying to do the right thing and raise little Shelbs to be a sweet, loving, gentle soul.﻿ 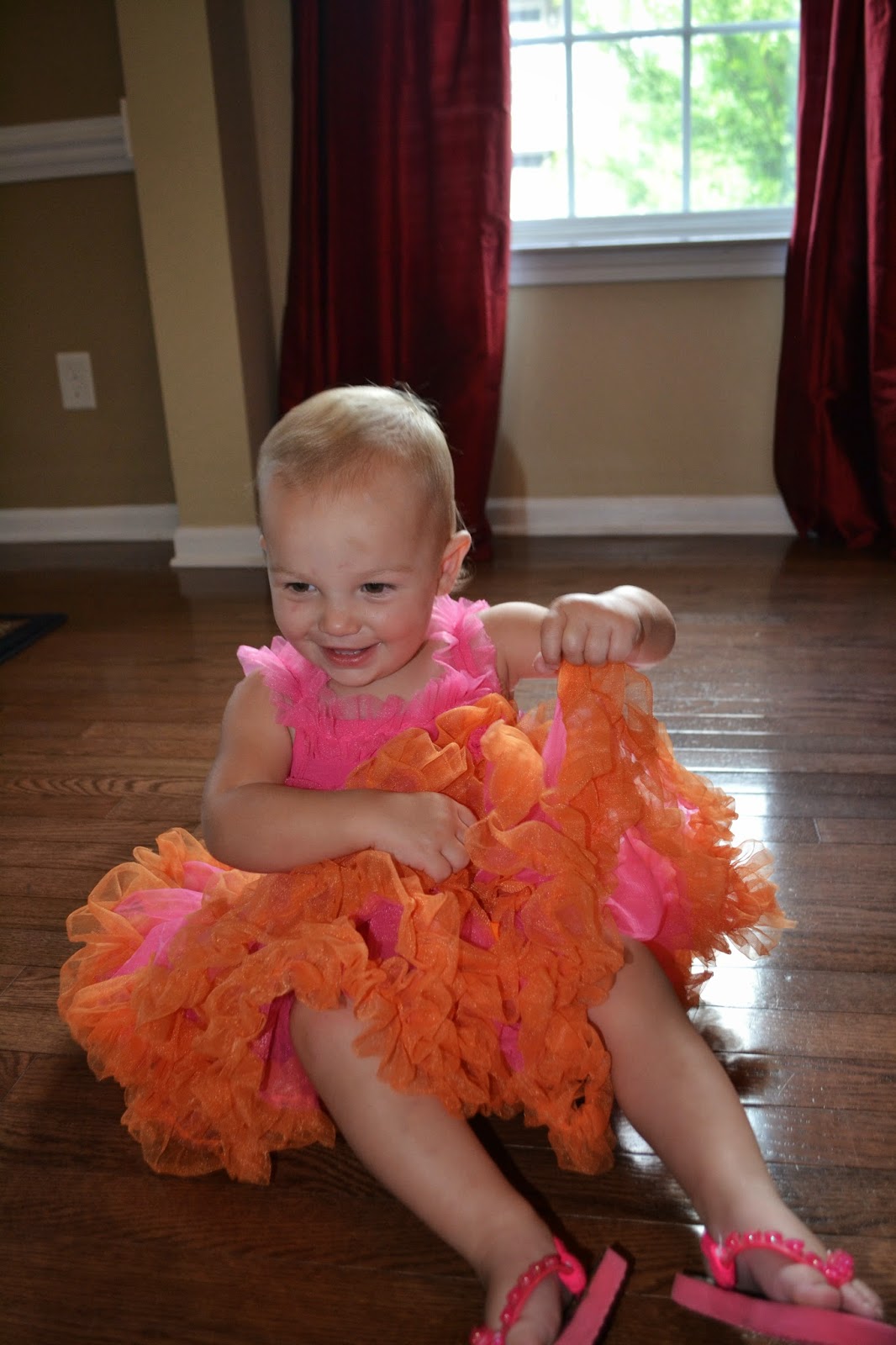 Maybe her getting bit is helping too? Hate to say that but maybe it teaches her?

She's cute as can be!

You both are such great parents! You must be proud of the little girl you've raised so far!

You are doing great! She is such a cutie, look at that blonde hair!!!

She is a sweet, loving gentle soul! I adore her!

John Robert was/still is a hitter. He doesn't bite, but he pinches and hits. I know it's because he's frustrated with his talking, but like you said...as long as you and Brad are on the same page, it will all work itself out. We immediately do time outs and we ask him: Where do your hands go??? He puts them behind his back and gives us a big ole grin. :) hehe

She is so adorable. Her smile is just too cute. Thanks for the update! I'll be doing one on Drew in a few weeks too!!