It's confirmed!
We are leaving town next weekend!
It will it be our first time to leave Shelby for more than a few hours!
It also happens to fall on the weekend before our 3rd wedding anniversary, so we're calling it our Valentine's/Wedding Anny trip.
(like we generally do when we take trips this time of year)

Our first wedding anniversary we spent the weekend in Charleston.
You can read about it here in this post.
It was Brad's first time there and it rained most of that weekend.
Boo :( 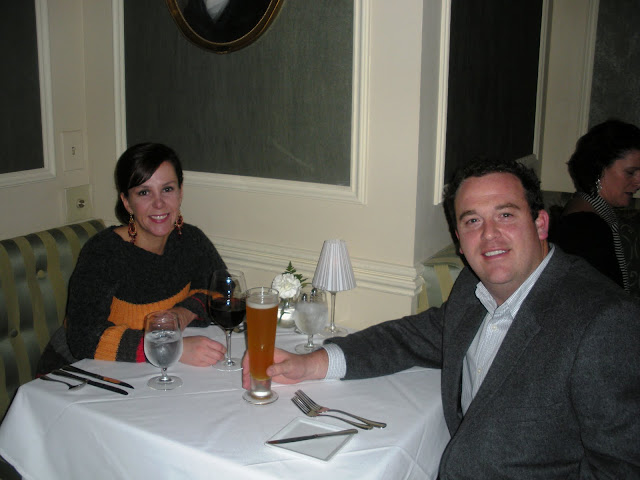 Last year for our 2nd anniversary we traveled out to Deer Valley in Park City, Utah.
Talk about rocking the casbah!
You can read about our trip here, here and here.
We skied, drank and ate!
In my opinion, it's probably one of the best trips I've ever been on even though it was too short. 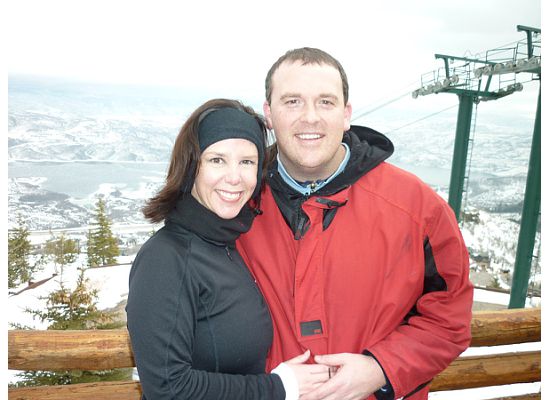 Well, this year we figured we wouldn't do anything giving we have a 8-week old child, but looks like we are!
We've been invited to this event next weekend in Atlanta!
A weekend of food, wine and fun!
Not to mention, we have close friends in the city that we hope to meet up with as well. 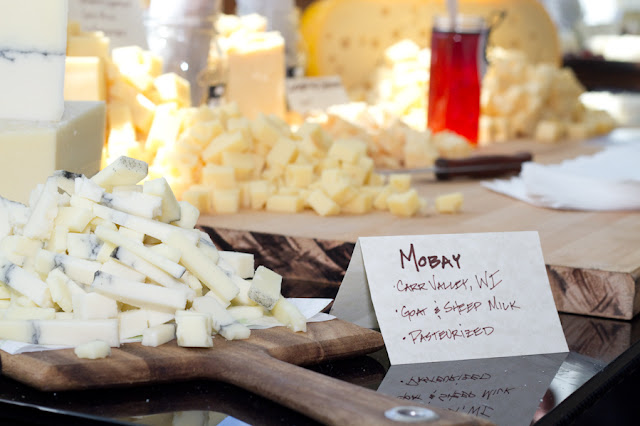 Shelby is so lucky to have grandparents on both sides that live close by.
My parents have offered to come and stay with Miss Shelby while we enjoy a weekend away!!

We are both very excited even though it may seem soon to a lot of people.
As I've posted before I think it's important for couples to take time for themselves, for the marriage.
Do you take trips for your anniversary?
What about the first time you left your child after being born?
Posted by Dee Stephens at Thursday, February 07, 2013

Have fun! Funny but he first time we flew somewhere and left our daughter at home was to go to husbands BFF 40th bday weekend in Buckhead. I called home 40 times that weekend.

When we had one kid, we took a trip each year child-free. Now, with 3, it seems to be harder and harder to get away.....especially with no family nearby. But, we knew that when we moved, so no big deal.

Don't you love Utah skiing? Such a great place!

Do it!
We've left Cormac for 1 overnight ...but we don't have fam close that can watch for longer.

But we'll likely do something this Summer. Maybe a long weekend.

Love that you are taking a trip for YOU! Can't wait to here all about it!

Yayee for you two! Living your life. My parents went away for about a week and a half when I was 6 weeks old. They had to go to CA to look for houses (and then went skiing!) because my dad was going to take a job there, but after the trip declined it...

I admire your parenting style and commitment to your marriage. Bryan and I plan/hope to be the same way you and Brad are!

You know Ryan and I are all over taking trips together! It's so very important for couples to get away together. Have a blast!

Yay! Yes, it is important to put your marriages as priority always...My kids love that they see Mom and Dad go on dates, kiss each other and hug each other everyday. Have fun in ATL. We have lots of fun places to explore in here!

What fun, have a great time! I LOVE Park City.

Wow, what fun. Must be so nice to have family near by. I don't think I've spent a night away from James yet this whole first year. I agree on anniversary trips and making your marriage a priority. We've gone skiing, to Greece and this year Hawaii for our anniversary trips. James accompanied us to Greece in my belly and will also make the trip to Hawaii in a few months. Grandparents are also coming so we do plan to sneak away here and there.

Not too soon at all. It's good for you and Brad. AND Shelby! Enjoy.

Yeah for you!! I am trying to plan our 15th which is in Sept. we were thinking of the beaches in NC or SC ...

We aren't big travelers, but we have spent the night away from Lyla and it was glorious! She has spent the night at my parents' house 3x thus far. I stayed with her 2 of the times because I didn't want to wake her to bring her home. It's a true blessing to have grandparents near by! Hope you have a FAB trip!

how exciting! i'm sure it will be hard being away from Shelby for the first time, but I think it's good for you guys to get away together :)

That will be so nice.

i agree, so wonderful and so important. that foodie event in ATL looks AWESOME. have a blast!