We have what is becoming a tradition in our house.
Homemade pizzas on Friday night.
When I was growing up it seemed like Friday night was always an excuse for pizza.
I always wanted to be able to order from Dominoes because it was 'cool'(that's back when delivery was new and you got it free if it wasn't there in 30-minutes or less).
But, that only happened once in a blue moon since it cost 3x's more than making your own Chef Boyardee pizzas at home back in 1985.
So, I guess you could say we're continuing a tradition giving that I'm a freak for pizza and Brad loves to make them.
Brad makes his own dough and has been working to perfect cooking it for the past year.
A couple of months ago we actually had a pizza cook-off with our neighbor, The Wandering Gourmand, and his wife.
Brad noticed that he had a pizza peel and has been determined to get one ever since.
Well, we finally got one!
$9.95 at Bed, Bath and Beyond. 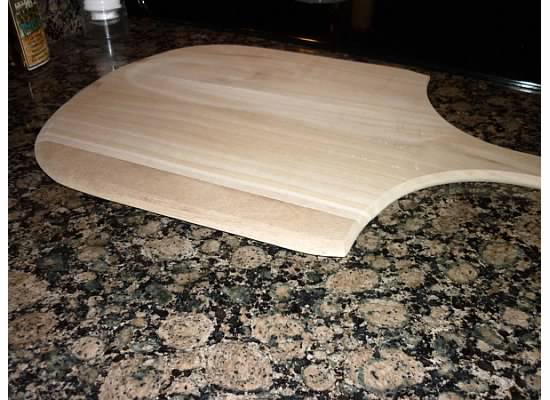 Brad got the dough ready on a regular pan and cooked it for 5minutes as we always do(it makes it crispier).
From there he moved it over to the pizza peel and 'decorated' his pie. 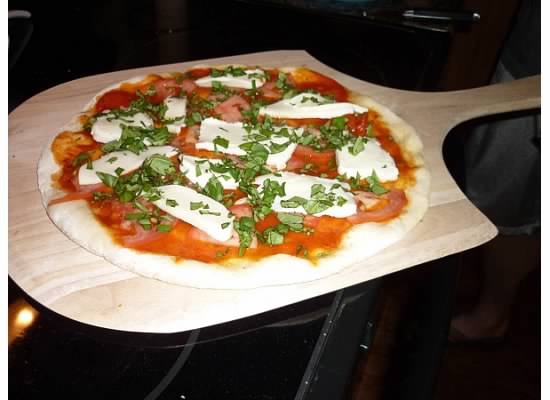 After decorating, he moved it to the rack.
That's right - he cooked it straight on the rack. 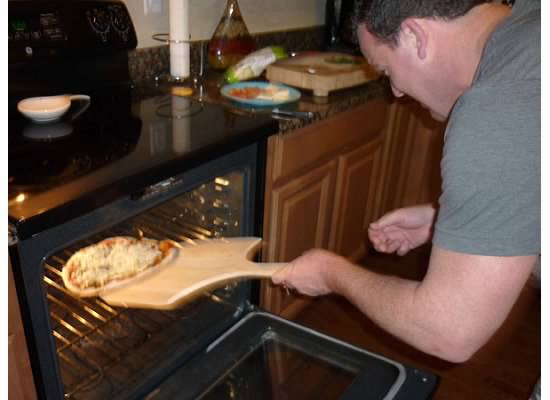 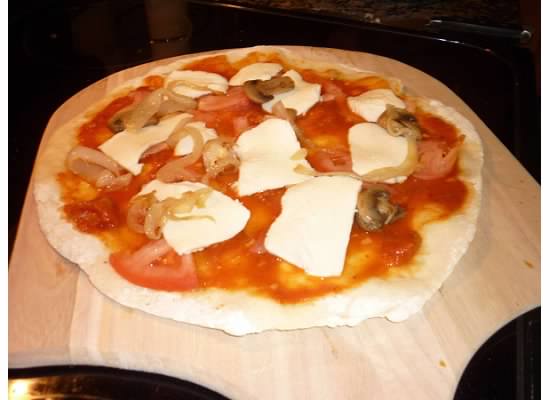 Well, and Buddy counts too.
Right?
(He hates the flash on the camera.) 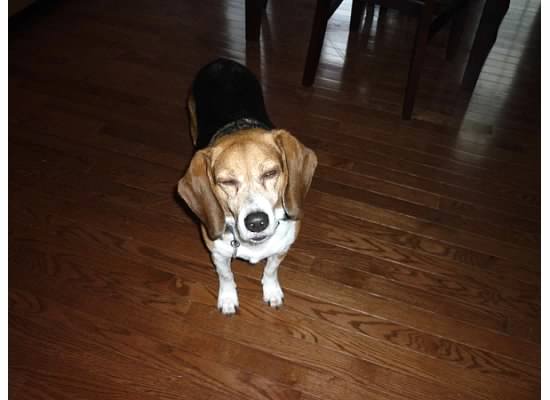 All three of them were equally delish!
Having the pizza right on the rack makes it 10x's better.
The crust cooks evenly then you just peel the pizza off the rack and back onto your board. 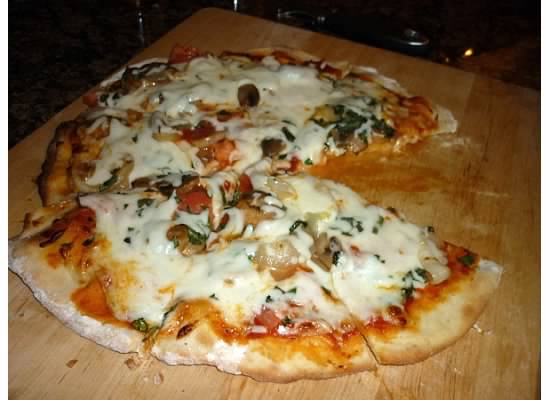 And, onto a separate cutting board for slicing then eating. 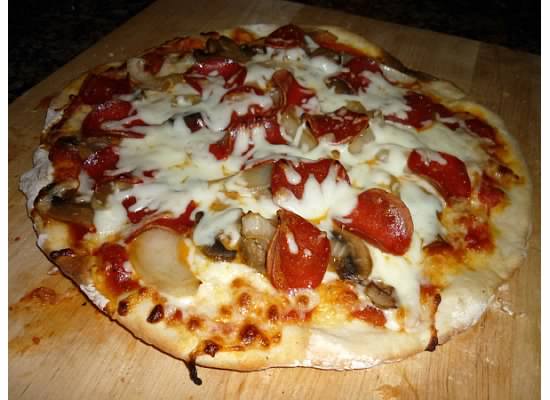 Geez Louise I love Fridays!!
Have any of you tried a pizza peel?
Posted by Dee Stephens at Wednesday, May 16, 2012

My mouth is watering! You will have to post his recipe sometime!

We have the same pizza pan and I love how it makes it easier to cook pizza. You must share your recipe of choice.

There's nothing like a great homemade pizza! We love putting them together on the weekends, too. I usually cook them on a round pizza stone, but I am going to try your recommendation of baking directly on the rack!

I have been craving pizza and this sounds like fun! You need to share your recipe for the dough and the different pizzas you have made!

SO, how do you get the pizza back out? Slide it on to the peel from the oven? THEY LOOK SO GOOD. Andrew has been making pizza (but he buys the crust local, not made). He doesnt do red sacue- he made one with chicken, banana and cashew nuts and white cheese. Apparently, he uesd to get that at a restaurant in nZ.

Buddy looks like he is questioning your pizza cooking skills.

I will need to see a receipt for that pizza peel...ours has been missing since the cook-off. Who won the cook-off anyway?

This looks so good! Brian and I made homemade pizzas once or twice before and now I'm craving some. Your pictures are making me drool! Ha!

Hope you have a great week!

The pizzas look divine. They look like restaurant pizzas. Hope you're having a great week.

When you buy/build your house, you will have to include an outdoor pizza oven. For real. Yall are masters!

We have a pizza peel and love it. I feel so authentic using it. We like to make our own pizza dough (who knew it could be so easy) and then grill them on our gas grill. So much fun!

YUM! I haven't had pizza in forever.