Getting My Vote On!!

My close friends all know that I am very passionate about my political viewpoints.
Saying that - I respect EVERY ONE'S beliefs and am never one to try and persuade another person to see it my way.
(In case you're wondering I'm a Republican)

That's why we live in America.
RIGHT?!!
Don't get me wrong. I do express my political beliefs openly and if someone wants to shun me for that..
well....
oh well!!
That's why we have Freedom of Speech in America too.
RIGHT!!??

You would have to be living under a rock not to know that it's an election year and this next week it's primary election time here in the state of North Carolina.
Instead of waiting to vote with the masses Brad and I met on our lunch break yesterday and decided to vote early. 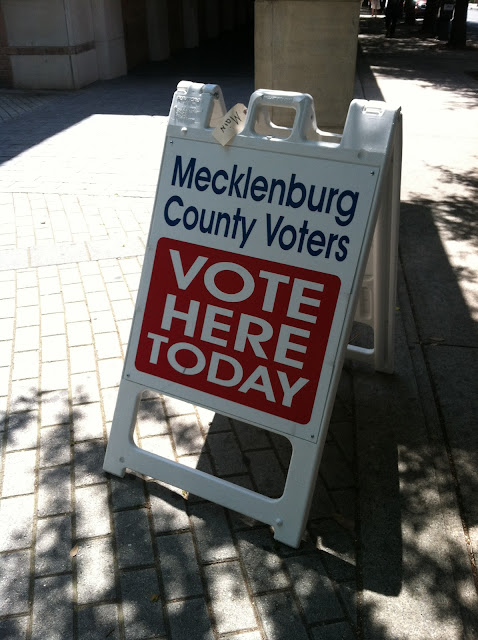 There were your regular campaigners in their designated places out at the poll. 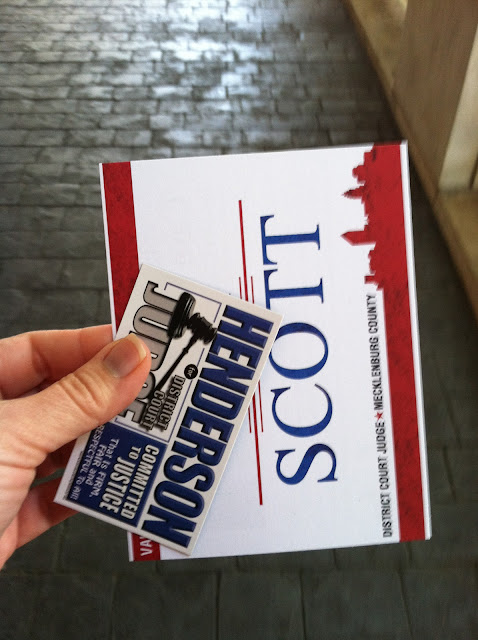 I can see why they're out there.
I would say a majority of people have no idea who or what they're voting on except for President, Governor and maybe Congress. 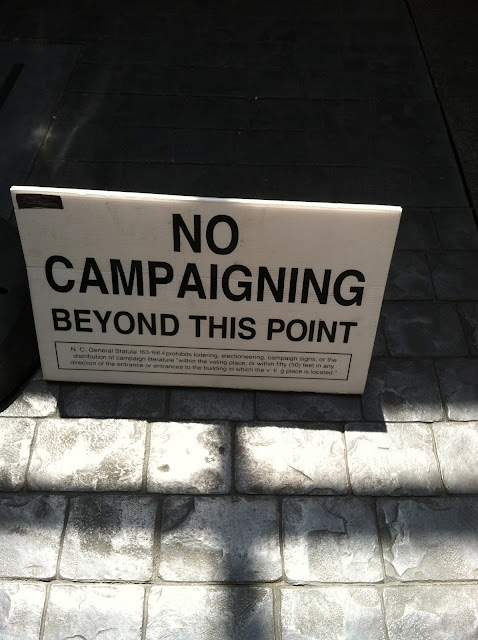 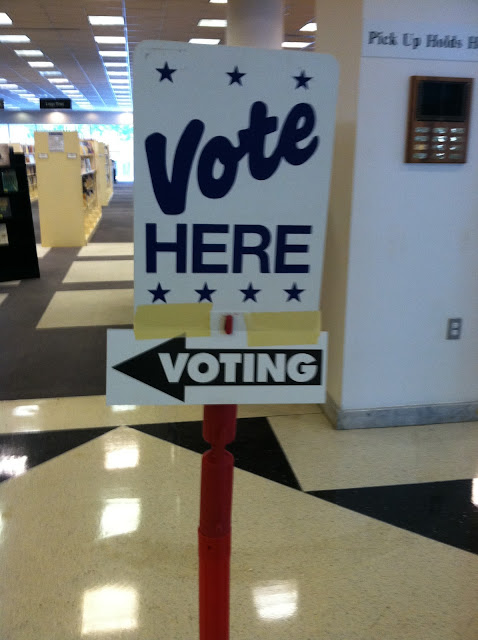 I printed my ballot out a few days in advance and then researched the issues and races I wasn't familiar with then brought it with me to refer to.
A lot of people may not realize you can bring your ballot in with you, but you can.
I filled Brad in on who to vote for too.
*Smile* 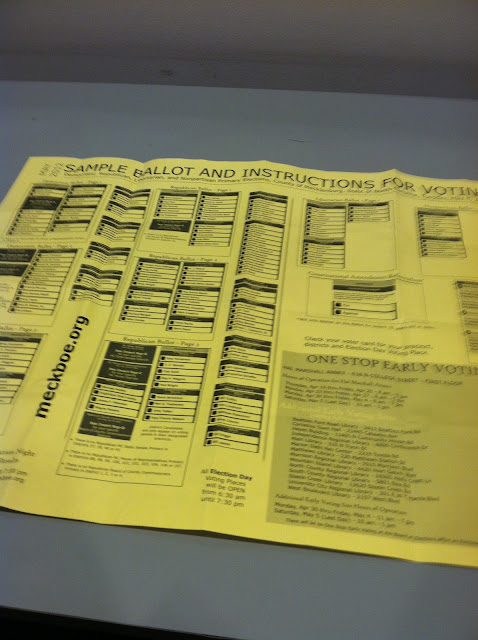 All in all, my civic duty is done and I can't wait to vote again in November!! 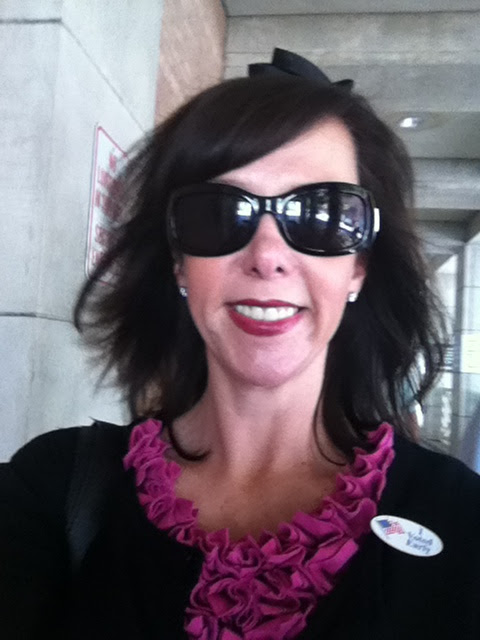 I vote in EVERY election.
Even the small ones that people forget about.
I hope you do too.
If not, don't even DARE to complain about anything going on with our local, state or national government.
It's a privilege to be able to vote and we should all exercise it!
Posted by Dee Stephens at Thursday, May 03, 2012

Your a Southern Republican? Shocked :)

So glad you got your vote on! I hate it when people don't and say that it doesn't matter if they do or not!

Well said my friend! And not just because we have similar political viewpoints! D and I do the mail in ballot - it gives us the freedom to research and discuss issues, etc. It takes away from the whole "I went and voted today" but I do vote!

I'm the exact same way! I've missed one election because I went to the wro g place. I print my ballott and look up all the issues with my husband before we go vote. Bringing in the ballott makes it so much easier. No complaining unless you vote! I may volunteer some for the presidential campaign esp if Rubio is the VP candidate.

People that don't vote are so ignorant! That may be the only political issue we agree on! haha
Love, your left wing Democratic BFF!

Totally agree about the right to vote...it's a must. I have to get our absentee ballots all straight!

I completely agree! If you are not taking the time to vote, do not complain...other than that have at it. I used to to be a lot more political than I am now...I still am don't get me wrong, but there is one thing that gets me going over everything else. You have your opinions, I believe that's why this country is so great, but DON'T you dare trash our military(at least not around me). You have these rights to your because of those who served/serve it to keep this country unlike so many others who do not have our same liberties...off soap box! :)

Love how you just told it like it was....voting is a privilege, and I do think people forget that.