Summer is technically over giving that Labor Day has come and gone and kids are back in school but the official start of Fall isn't until later this week.

Honestly, the weather here in Charlotte felt like Summer half of the weekend and we treated it as if it was aside from sitting around watching a ton of football.

I didn't take a lot of pictures, but there are a few here and there.
In traditional football mode, Brad made homemade white pizzas this weekend.
Chicken and broccoli, one of my favorites! 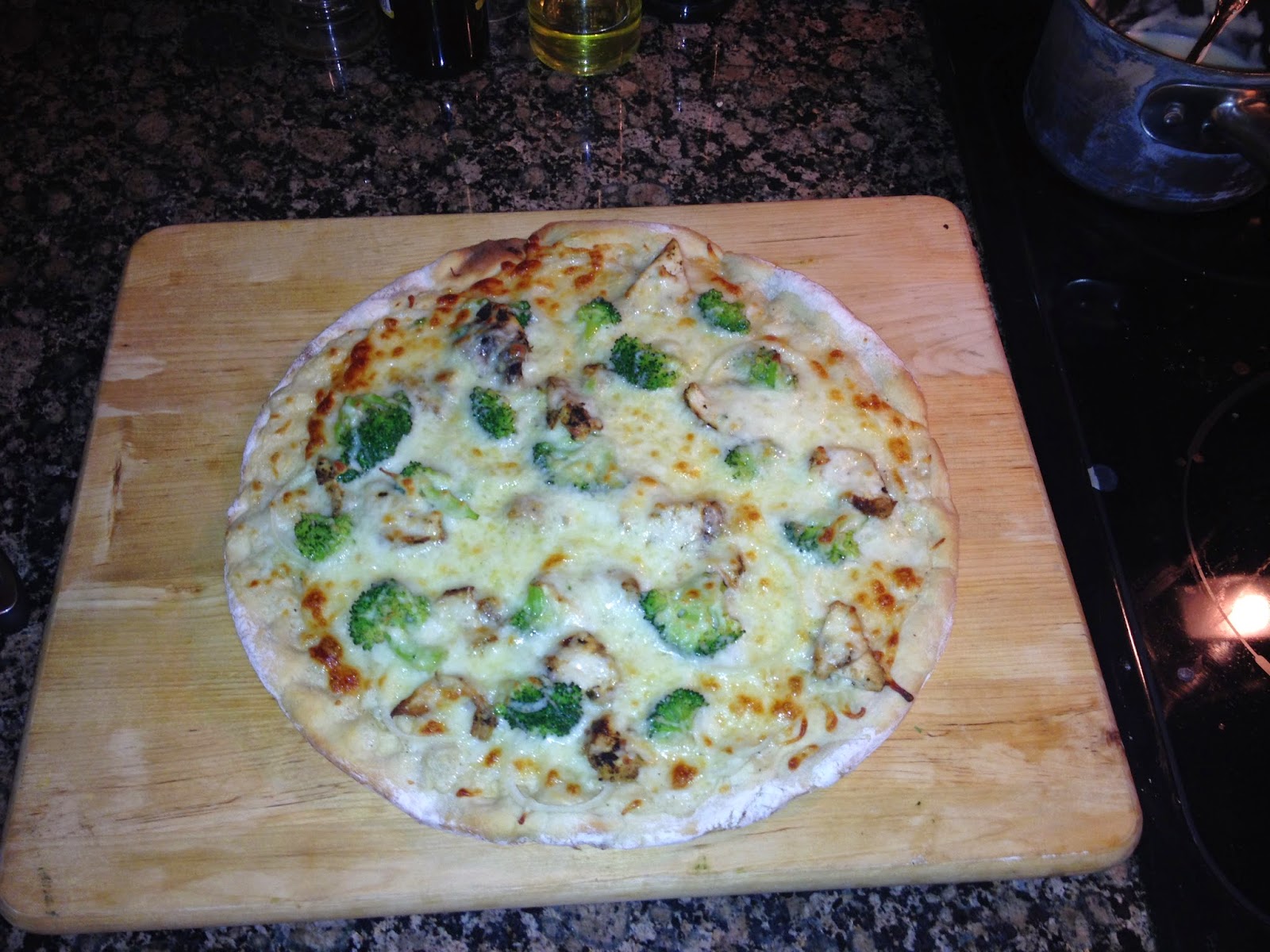 Saturday was so hot that we even spent a couple of hours at our neighborhood pool.
Shelby is a little fish!
Brad swears he will have her swimming by next Summer.
Check out this video, NO FEAR!


Saturday afternoon/early evening we went over to some friends house and watched college football and cooked out then on Sunday we did the same thing except sans Shelby.
Brad's parents came down and watched her for the day while we celebrated our neighbor Shannan's 32nd birthday.
We had originally planned on going to the Panthers/Lions game, but realized it was going to be a pretty expensive day and none of us were that hyped over paying $75 to sit in the nose bleed.

So, we watched it at their house and enjoyed lunch. 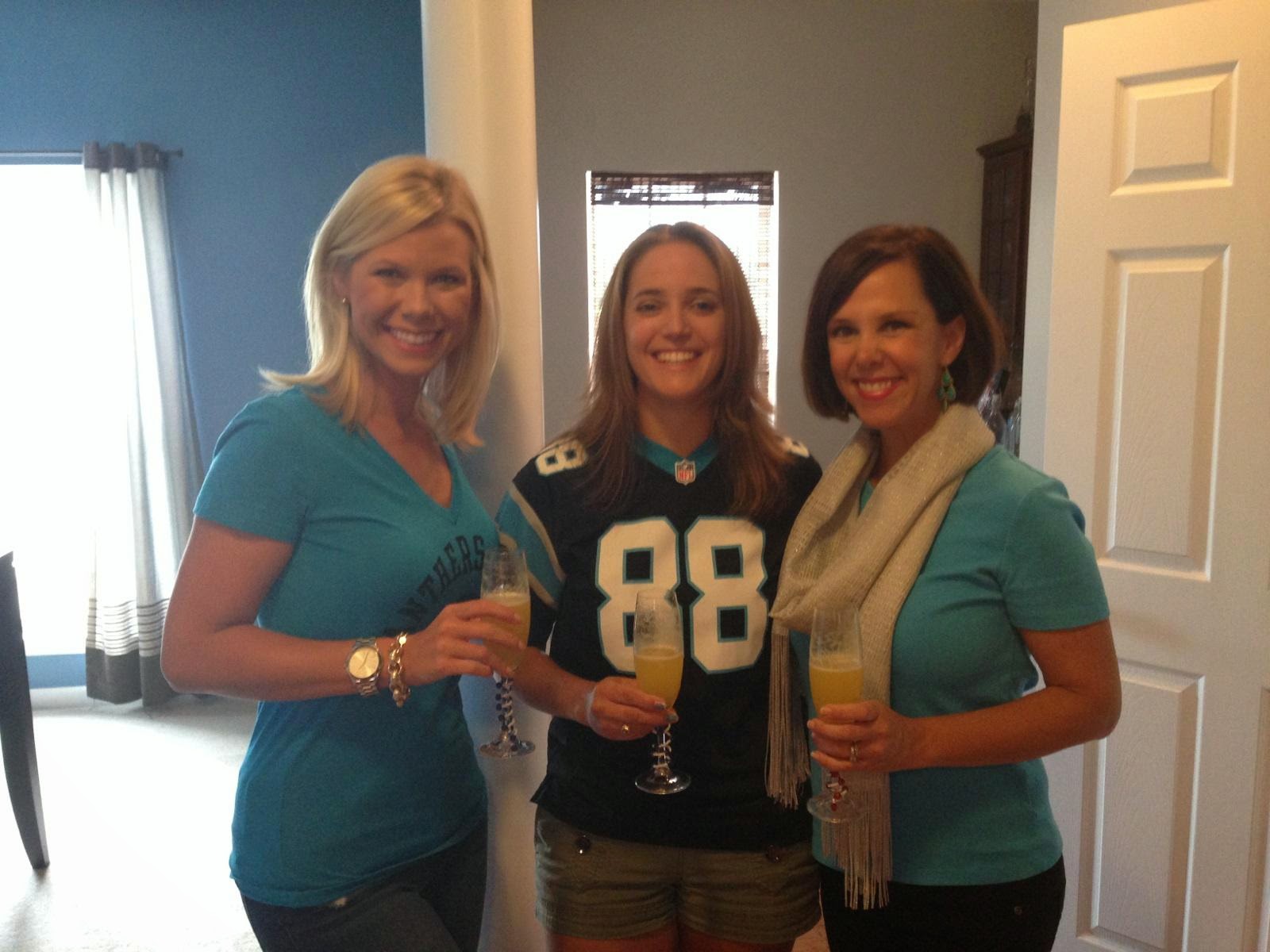 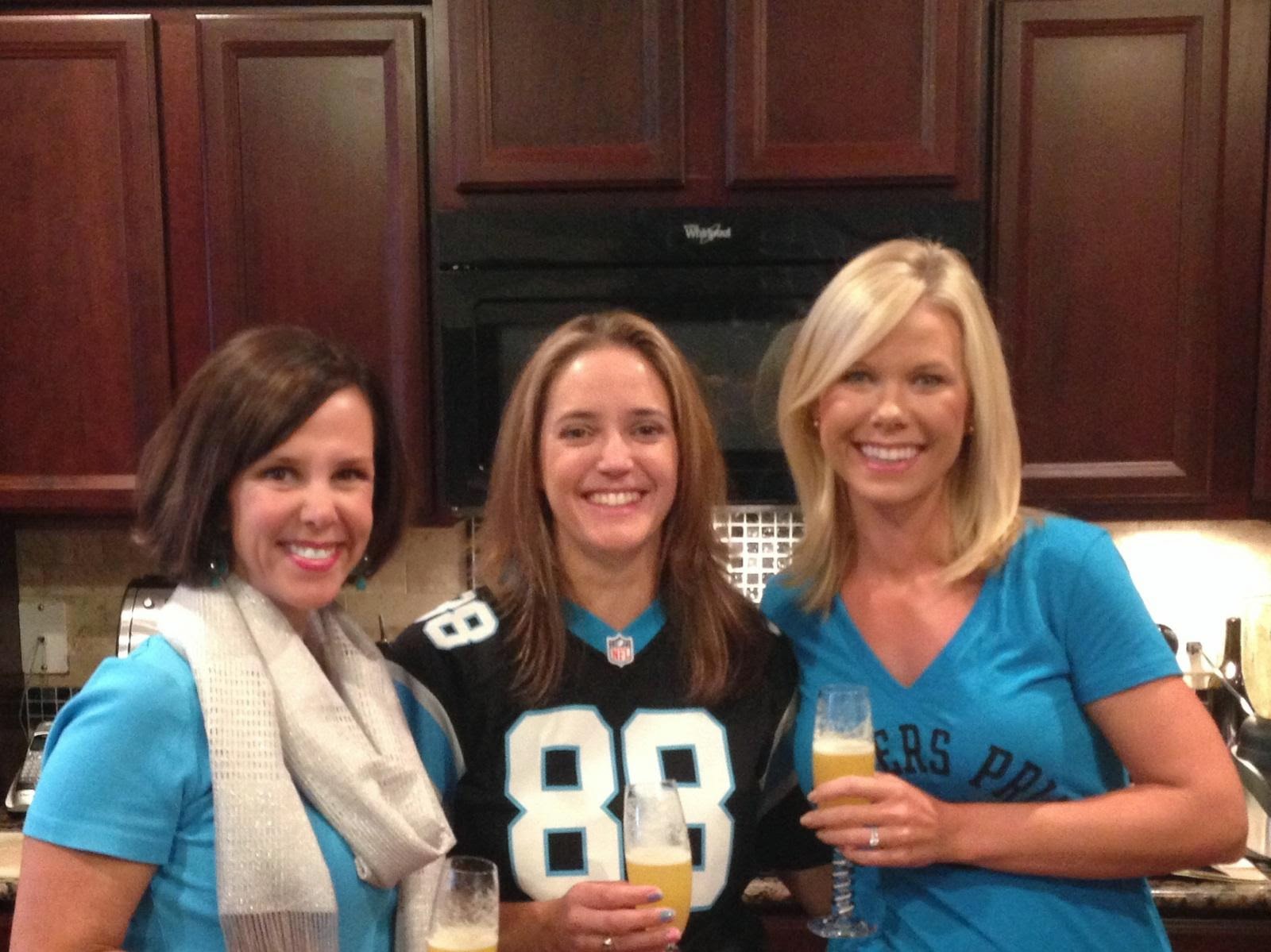 After the Panthers win we headed out for a cruise on Lake Wylie.
Sunday was much cooler than Saturday, but we still acted as if it was Summer and went.
We just didn't go too fast.
Such a fun way to end the weekend. 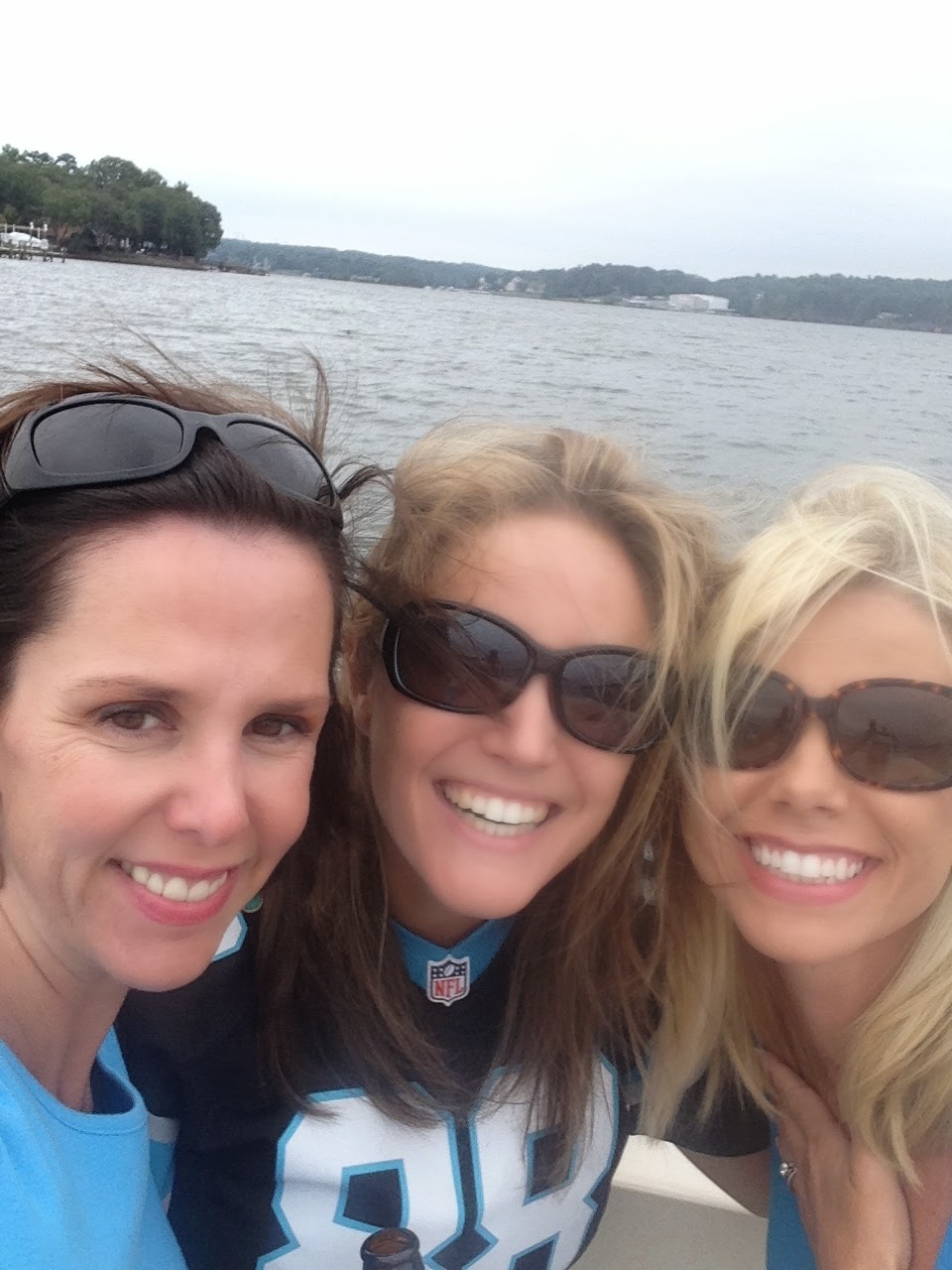 Happy Birthday again to Shannan and thanks again to my in-laws for letting us get away for the day! 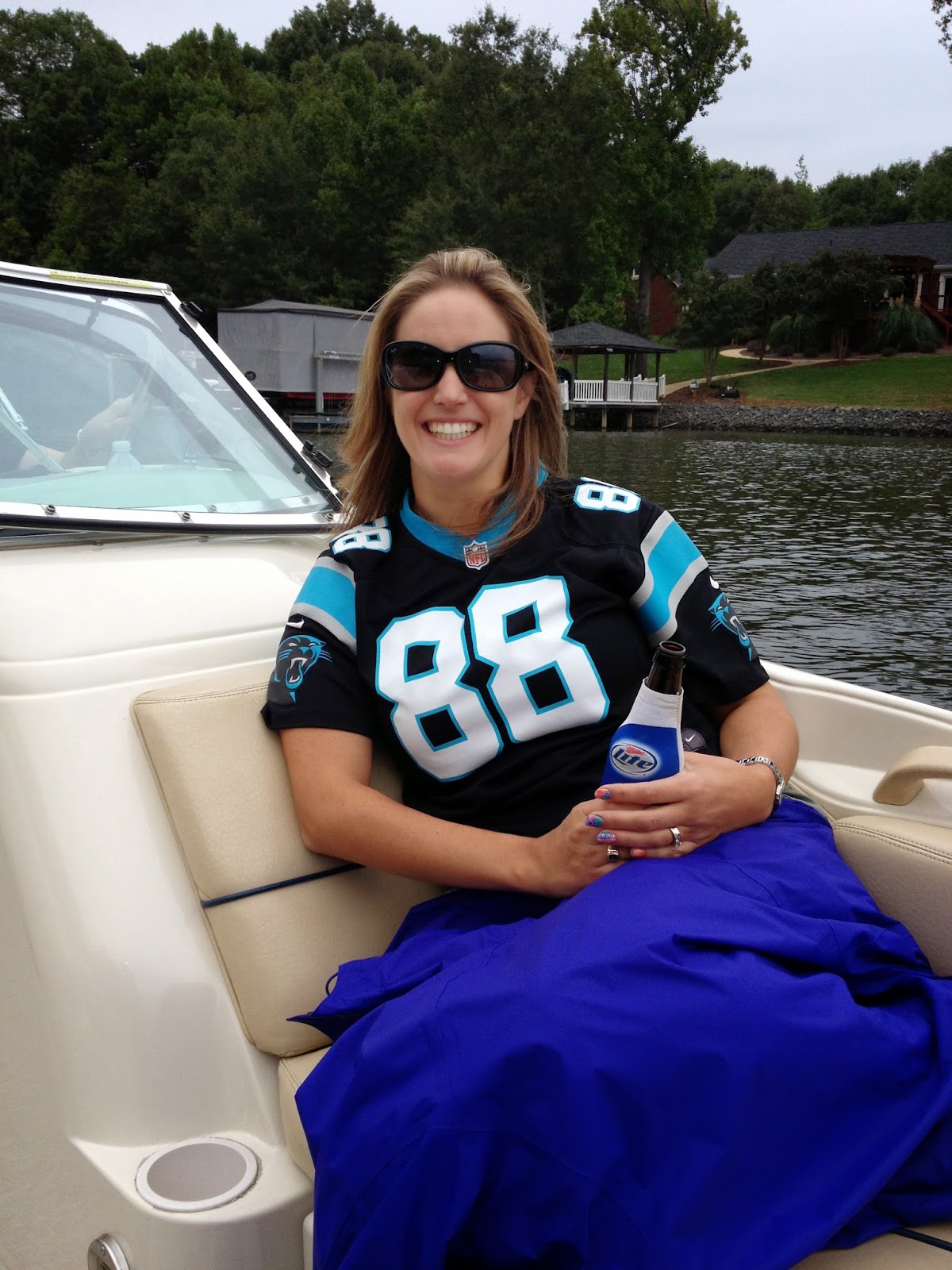 Next stop is Tennessee for us!
We're leaving Friday morning for 4-days up in the Smokies.
Can't wait!!!
Posted by Dee Stephens at Monday, September 15, 2014

That pizza looks amazing. I will be jealous of your TN trip! That will be so fun. It might actually be cool and fall-like weather up that way!!

Saturday was super cold and wet here, but it's back into the 90s haha. Looks like y'all had such a fun weekend. Drew LOVES being in the water too, but she's not quite as adventurous as Shelby.

So fun!! Can't wait to see your TN pics! I love the Smokies!!

Have a great trip!

p.s. That pizza looks delicious. May have to try that one!

That pizza looks amazing! Do you have the recipe posted anywhere? We love making homemade pizza, but think we've kind of tired of our regular recipe...

Shelby sounds just like Brynn --- loves the water and no fear. Brynn turned two in December and this summer is swimming across our pool without floating (jumps in herself and swims across). I'll bet Brad is right!

Sounds like perfection. Your skin looks great, btw....random, but I notice these things now!