Meet Maxie or 'Max' as we like to call him.
He's the newest addition to our family.
No, he isn't Buddy's new brother but instead Buddy's new uncle.
That's right, my parents are now the owners of this male poodle.
Can you believe that he was lost in their neighborhood without a collar or a chip?
They haven't been able to find his owner so have decided to keep him as their own.
It's crazy because this dog was obviously well taken care of.
Right?
Look how he's groomed!! 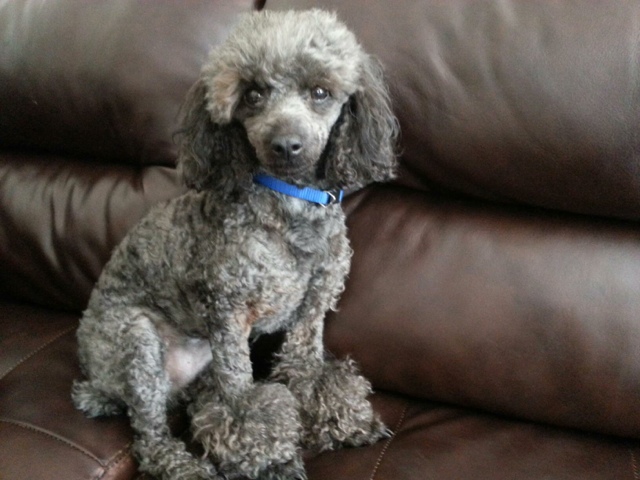 My parents are elated with the new pooch but for me it's just weird to see them with a dog!
We never even had a dog growing up and to see them with a dog who stays inside all day and literally follows my Mom's every step is hysterical.
I asked her what he does when she has to go to the bathroom. Sit outside the door?
HA!!! 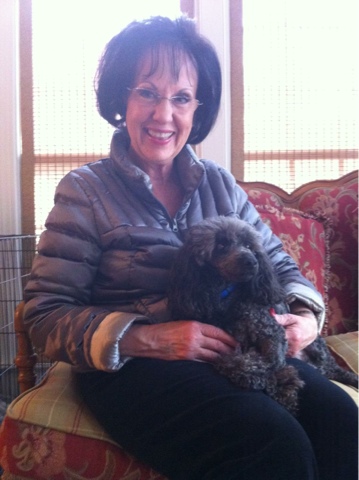 We were real interested to see how Buddy took to another dog being around.
He likes other dogs but Brad was worried that he might be jealous.
Well, it was the other way around.
We were at my parents house this weekend for only a couple of hours when Max decided he was going to leave his mark on Buddy's bed.
I watched him do it.
It was no accident.
He went right over and looked and then hiked his leg up.
NICE!!!
HAA!!
Overall though, the two dogs were fine with each other. 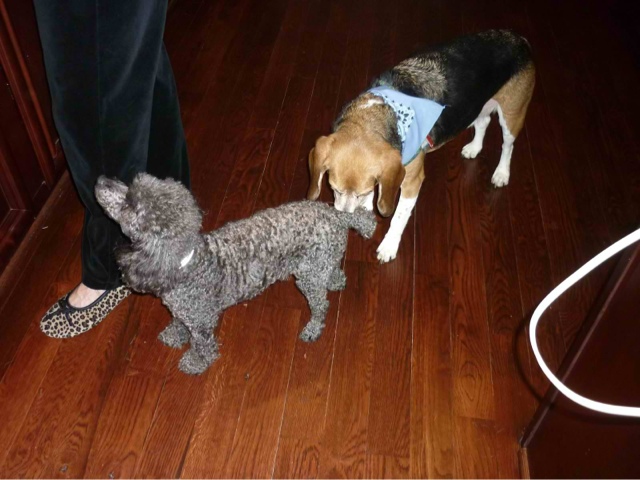 I'm not going to say they're best friends or anything.
But, tolerable.
Max likes to bark when people come to the door or ring the doorbell.
Buddy generally doesn't do that but took right to it being around a dog that does. 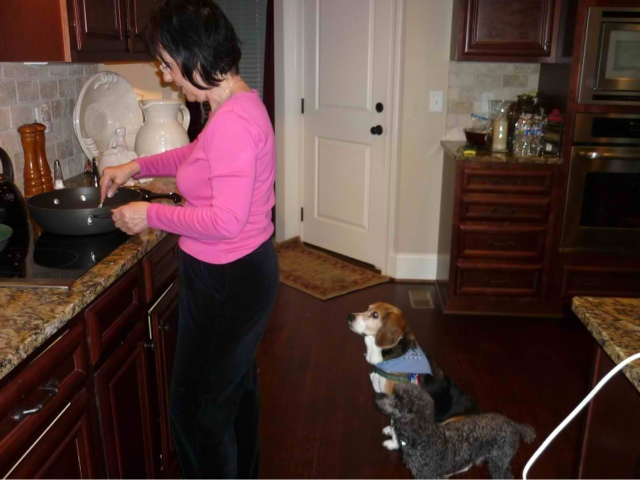 They even shared the couch together.
This one really surprised me! 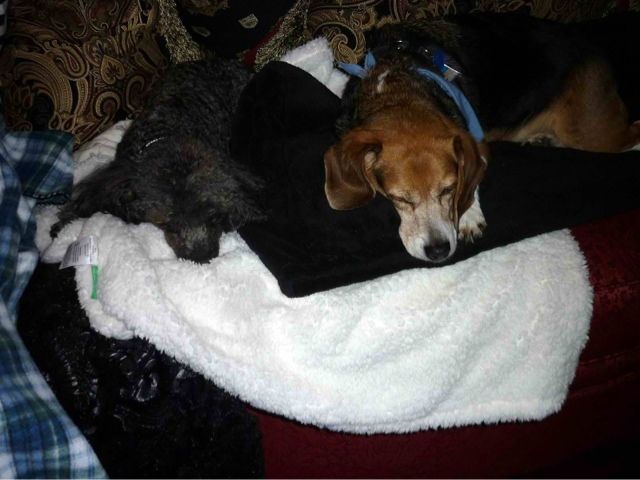 Max is pretty partial to my Mom but he's warming up to my Dad too.
But, we still wonder what his past is?
He's pretty timid.
Is it just because he's afraid he's going to be left again? Or was he abused?
No way of knowing. 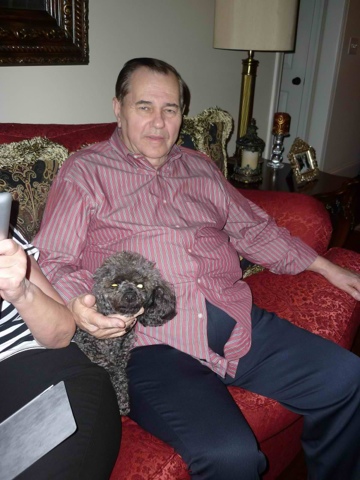 I know one thing.
He's found a good home now! 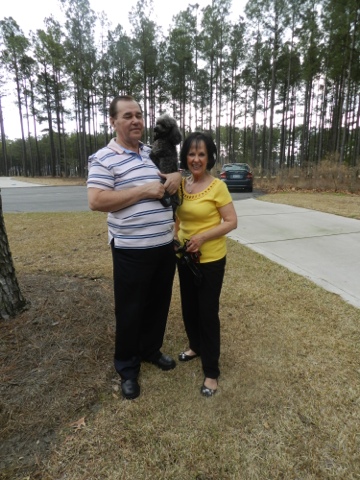 My parents couldn't be happier!! 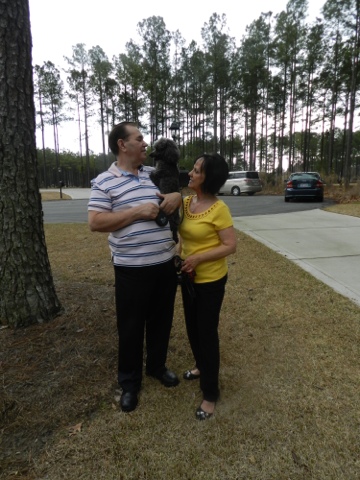 And, the best thing about Max according to my Mom?
He's hypoallergenic!
HA!!!!
No shedding or pet dander.
Here's to many more years with Max!!
Posted by Dee Stephens at Monday, April 01, 2013

How cute! Your parents look so sweet in the last pictures, he is their new fur baby!

So cute. I love that they now have a dog. I think every family should, now I need one!

And the Easter pics from the post before are adorable! Love her outfits.

So sweet - well other than peeing on buddy's bed!

it's so funny to see your parents with a dog... That pooch is cute! I've mentioned to Sean that a poodle would be a good pick with my allergies. We're thinking of a poodle mix for sure....

Love Max. Makes me miss my dog back home.

We adopted Molly and I always wonder what her life was like before us. My parents brought her to visit us this weekend. So happy she knew who we were this time. Looking forward to having her back with our family as soon as we get into our new place!