We just got home this evening from an awesome few days at the beach with one of Brad's oldest friends.
We literally would have loved to have stayed longer and probably should have planned better, but we had no idea just how much FUN the beach would be this year with a toddler.

Holden Beach is a quaint, quiet little beach town only about 3 and 1/2 hours from Charlotte. 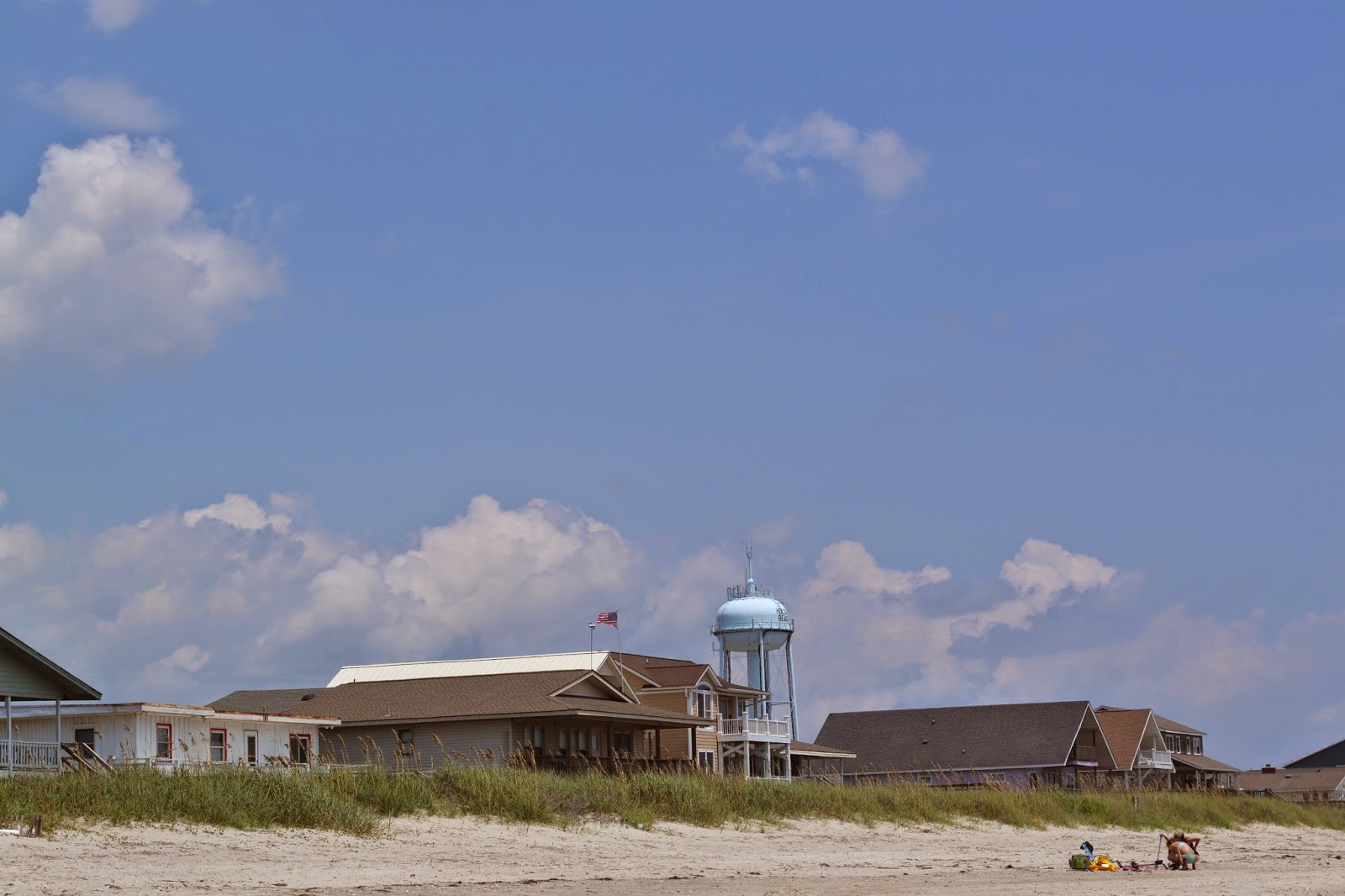 We arrived Thursday afternoon but didn't hit the beach until Friday morning due to storms.
We went for a little walk and Shelby got scared of the waves when picking up shells. 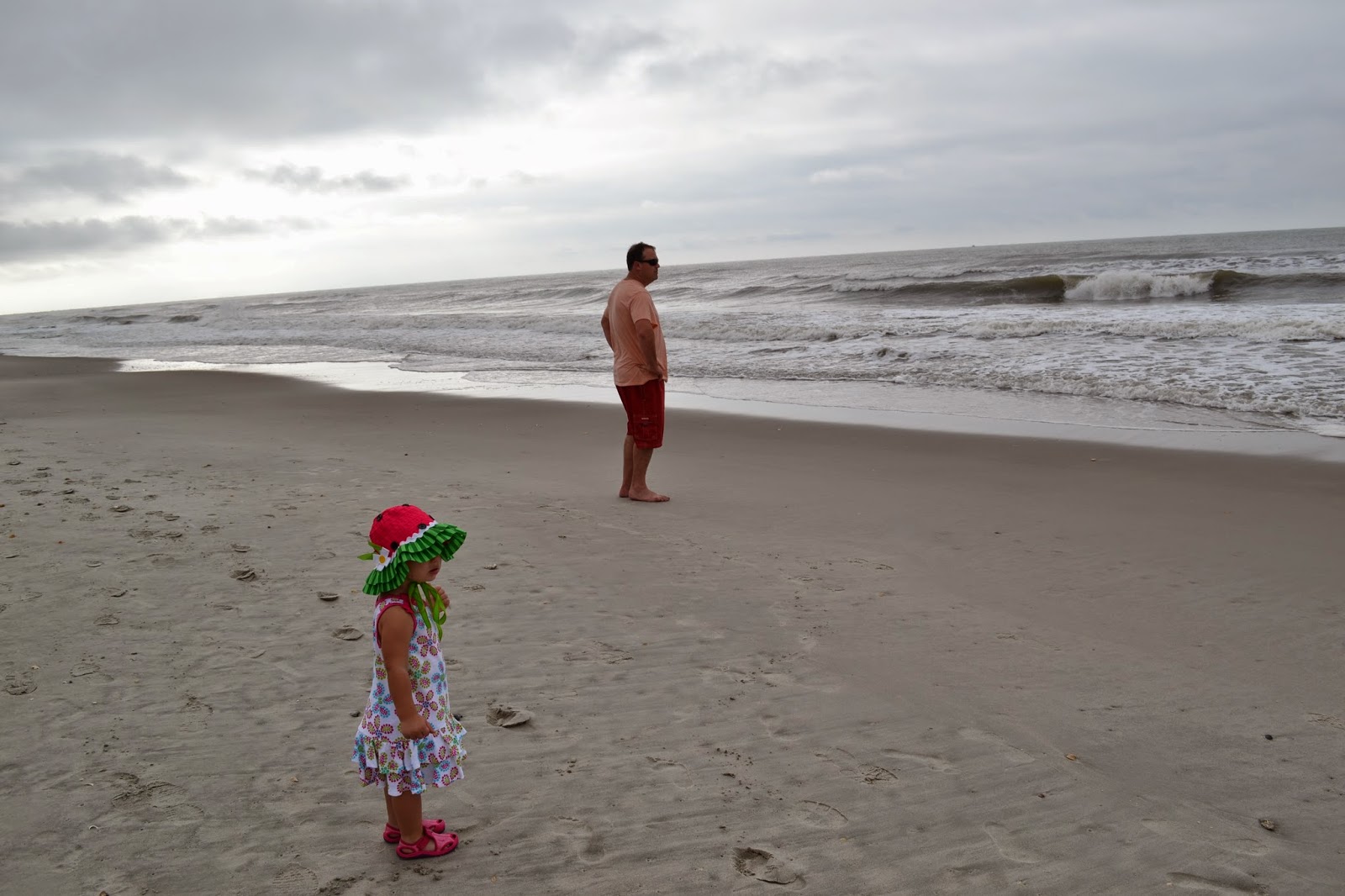 We were optimistic that her fear would subside once we got her use to it.
But, nonetheless, we took several people's advice and brought a baby pool to the beach later on in the day. 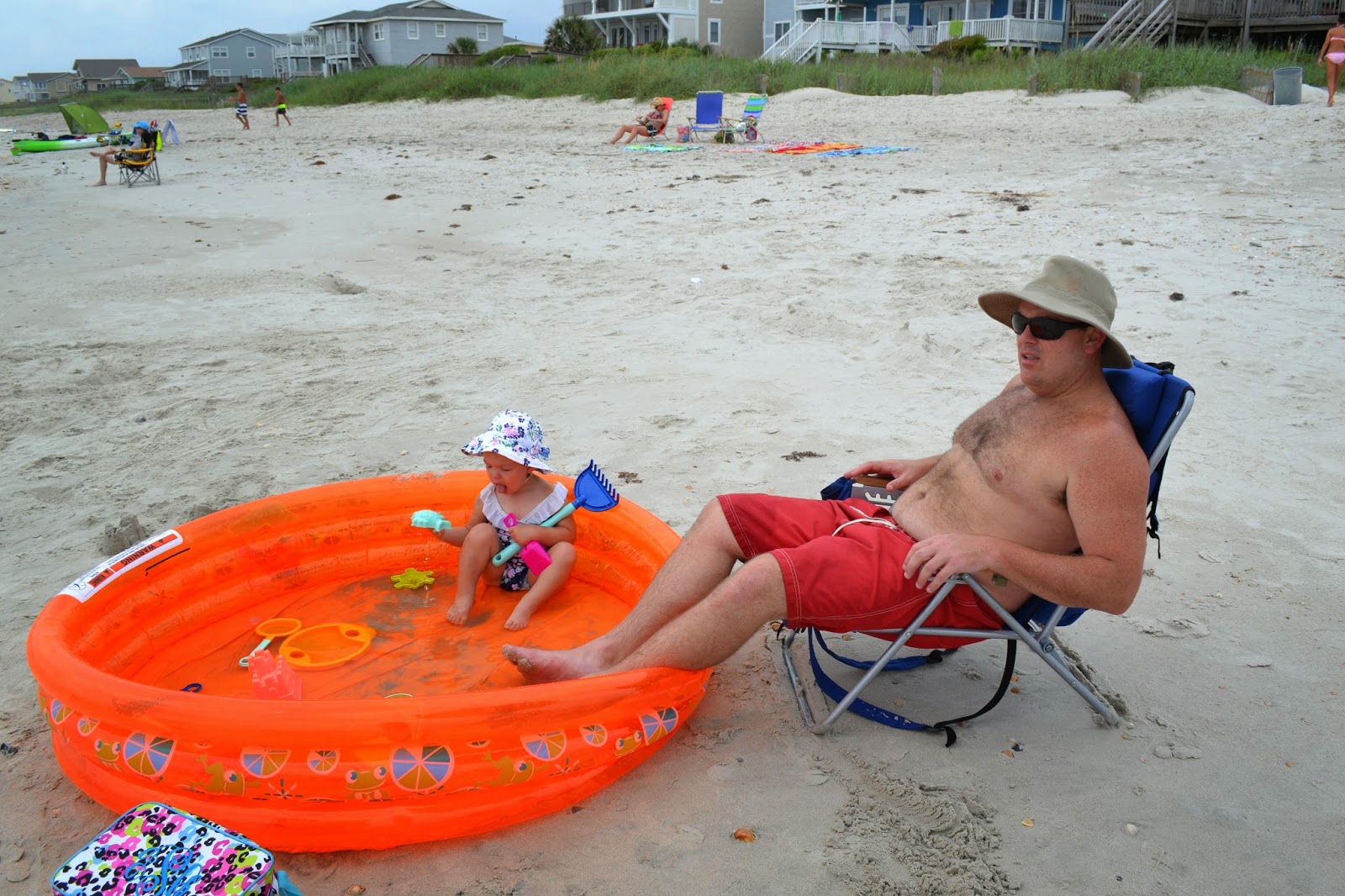 Take 2 on venturing into the ocean.
Not happy, totally scared on the waves. 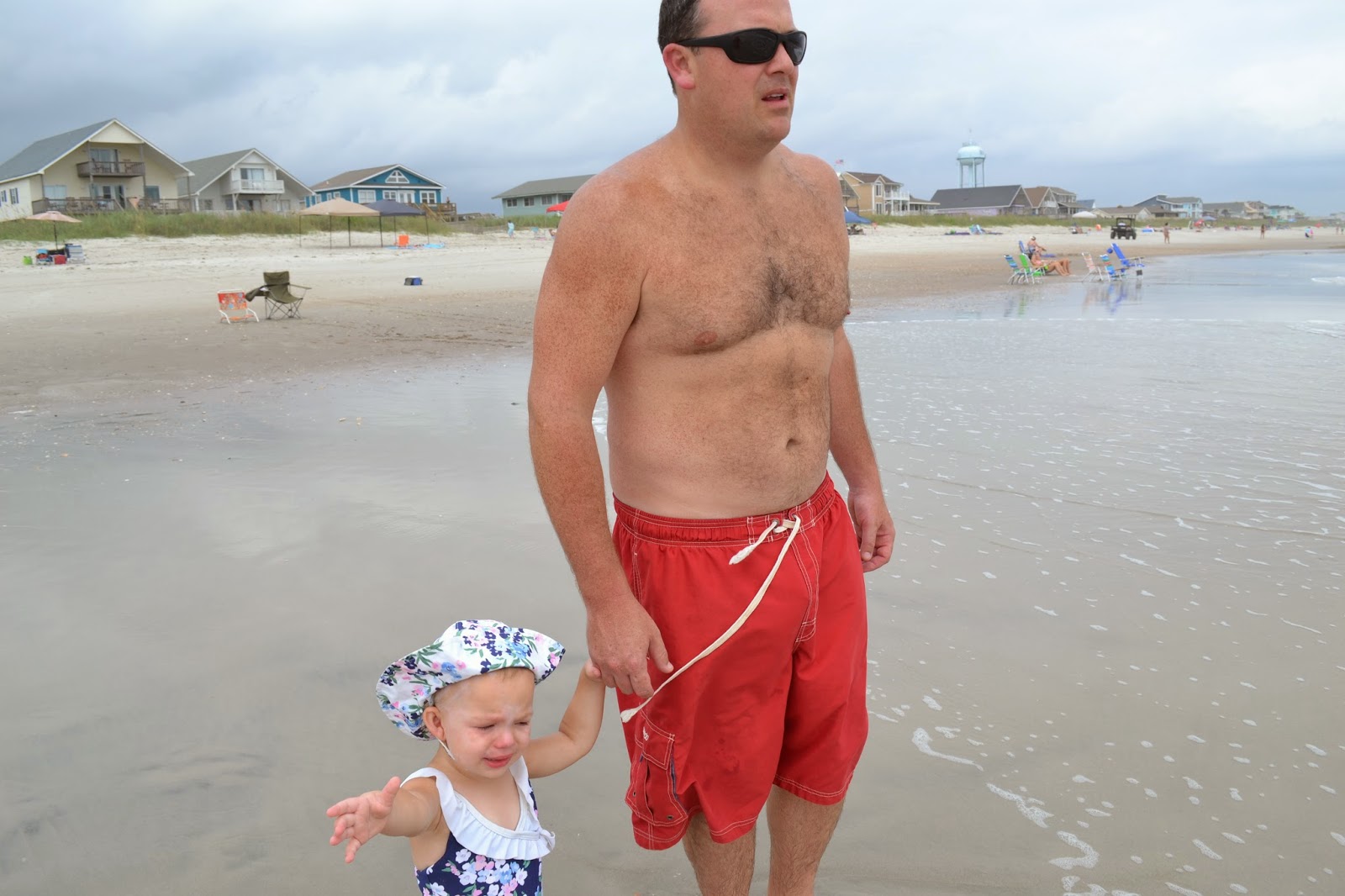 But after a little time building sandcastles and enjoying the beach, we took her back out together and held each of her hands. 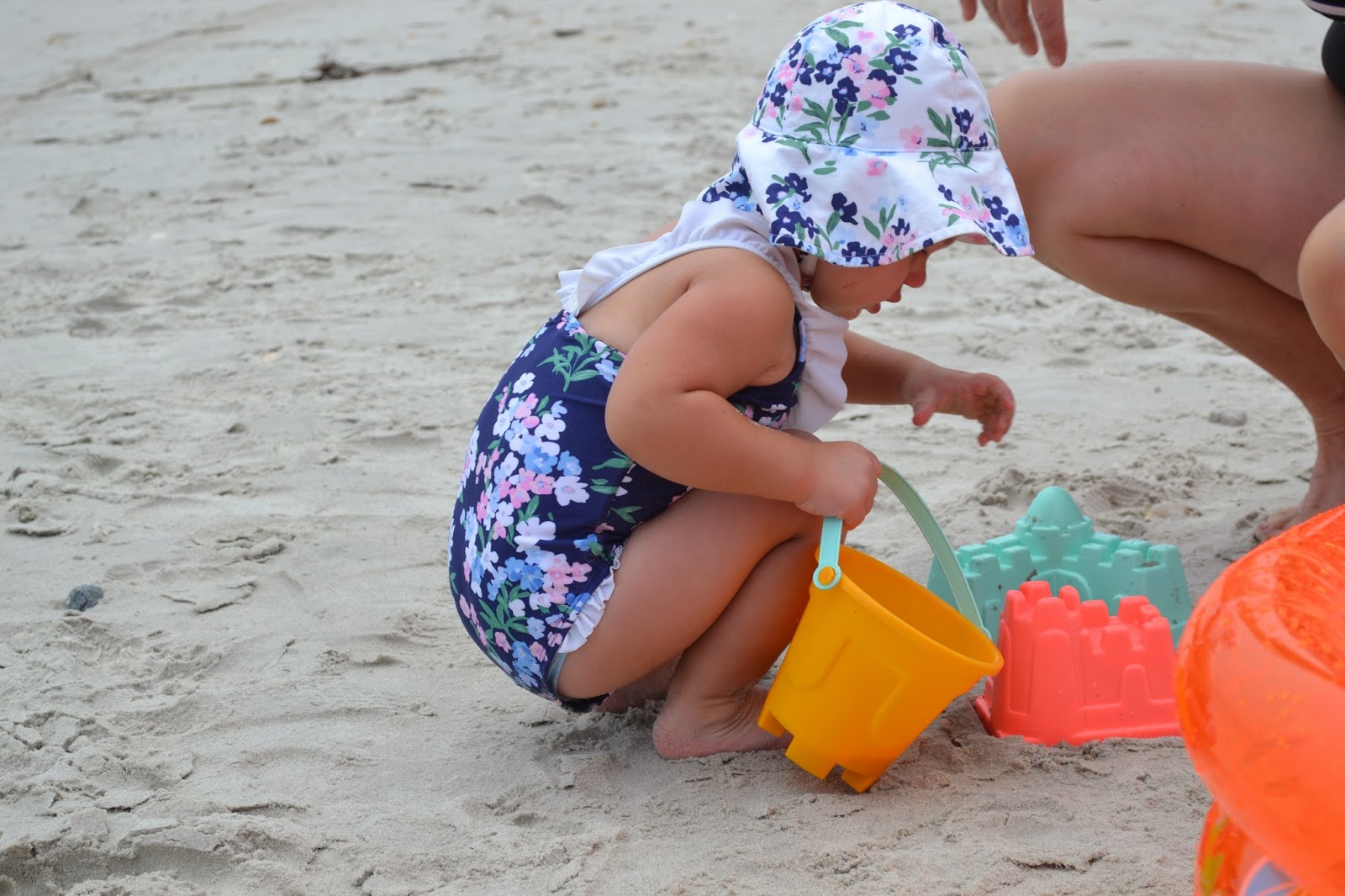 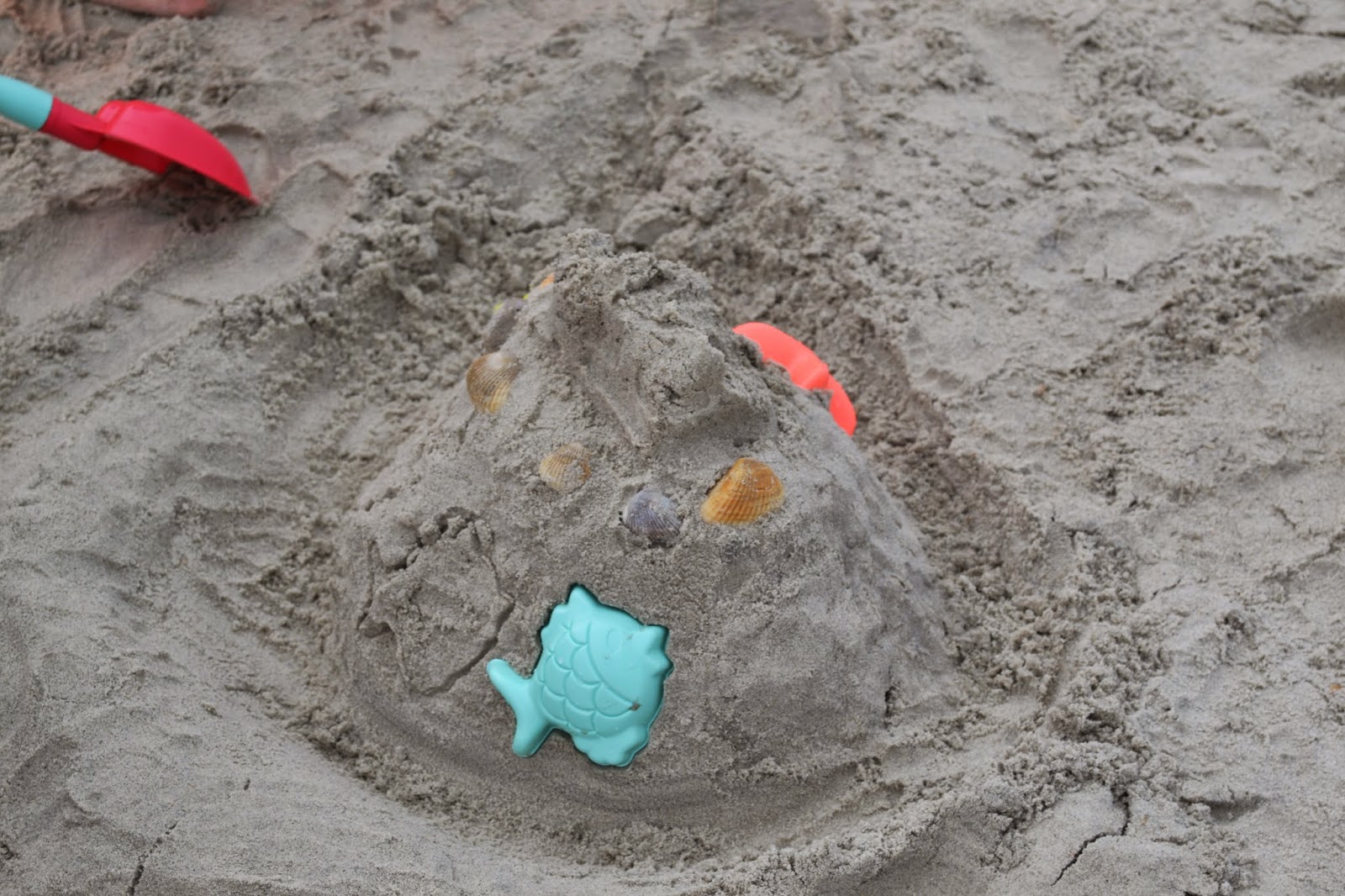 And, it was a SUCCESS!
She realized that there was nothing to be scared and almost like that, she was a HUGE fan of the ocean waves!! 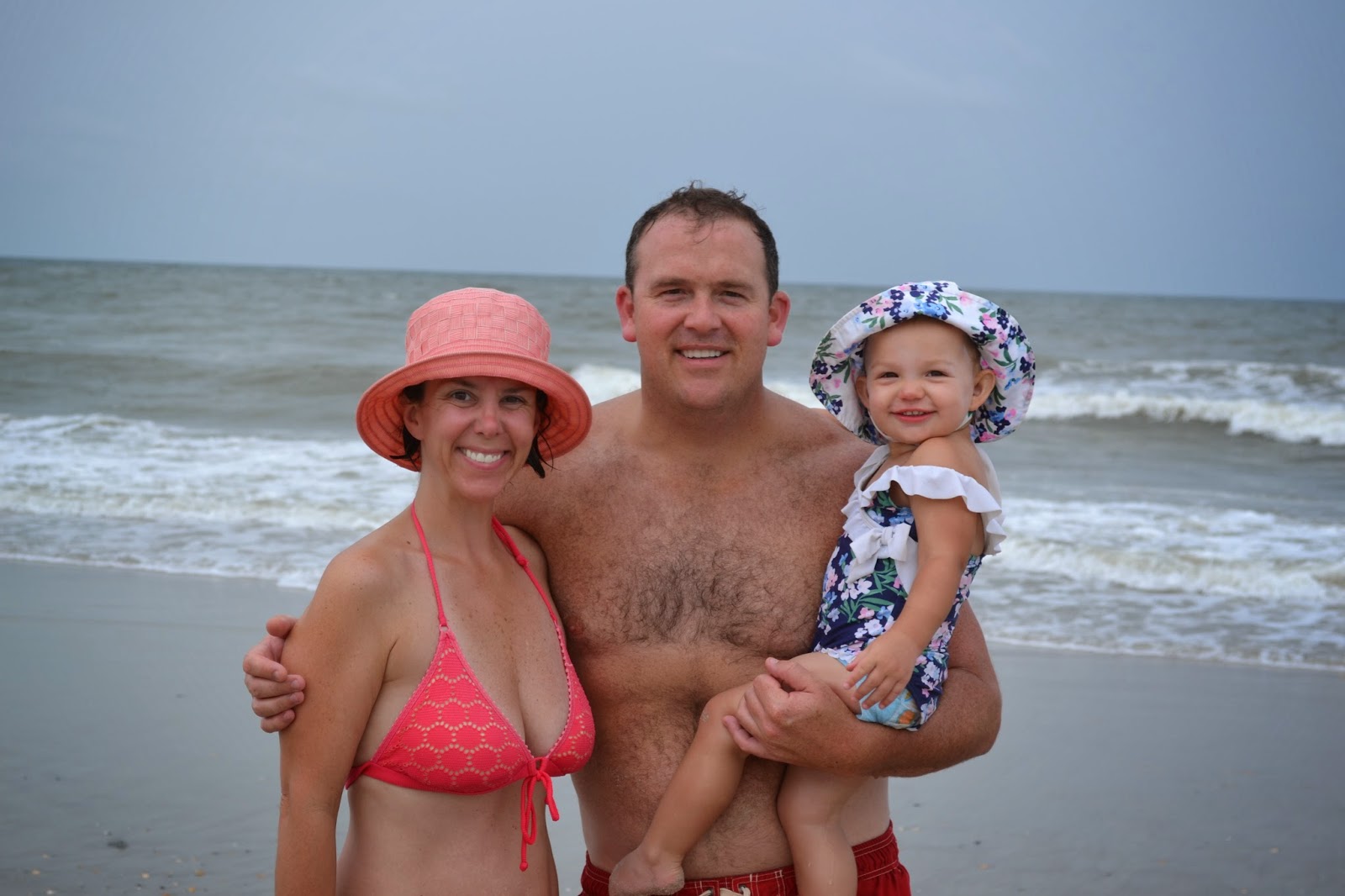 I sorta gave myself a break this family vacation and didn't take nearly the pictures I generally do.
The above picture is the only family photo we got, but I happen to think it's perfect.
All smiles!!! 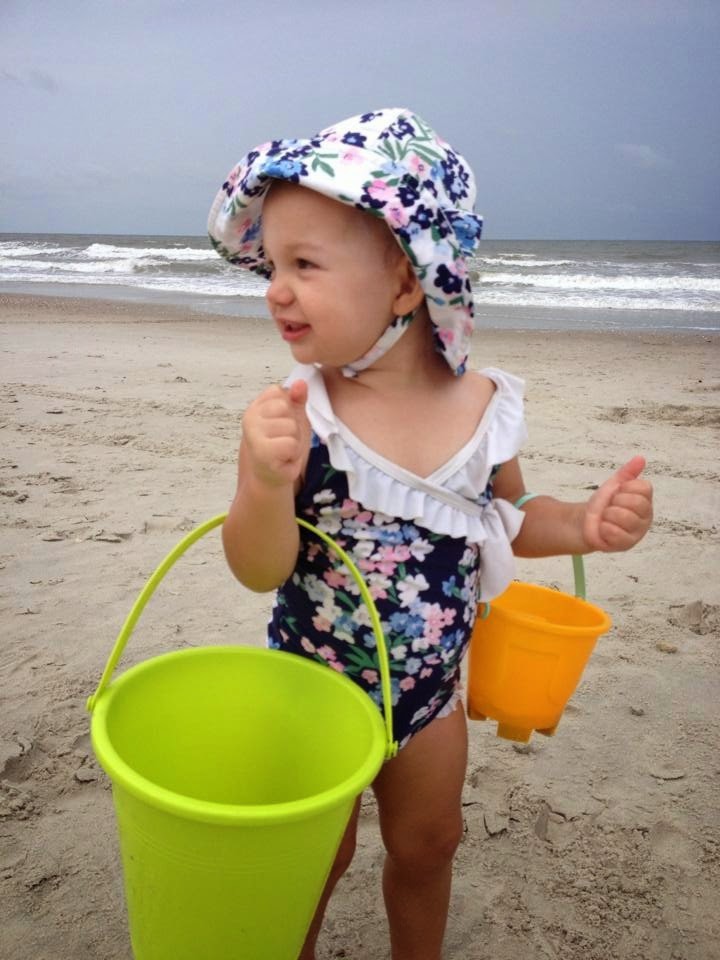 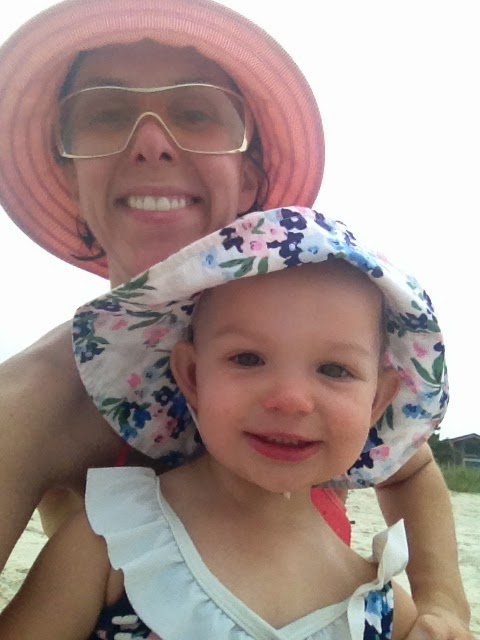 After the beach we got cleaned up and went out to dinner on the island. 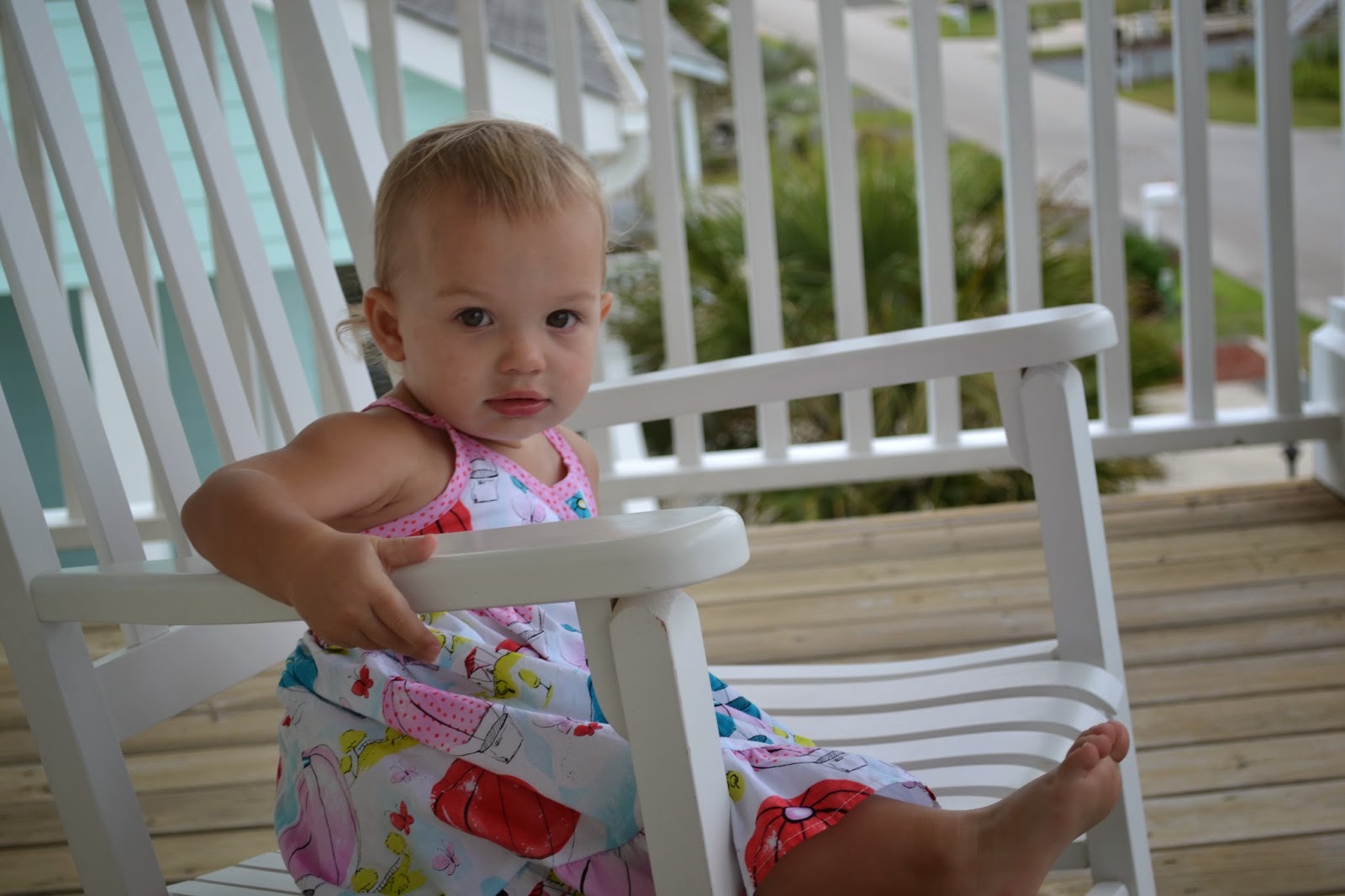 Not before enjoying a little time on the Lilliard family porch.
We are so lucky and feel honored to be able to visit and stay in this home every year. 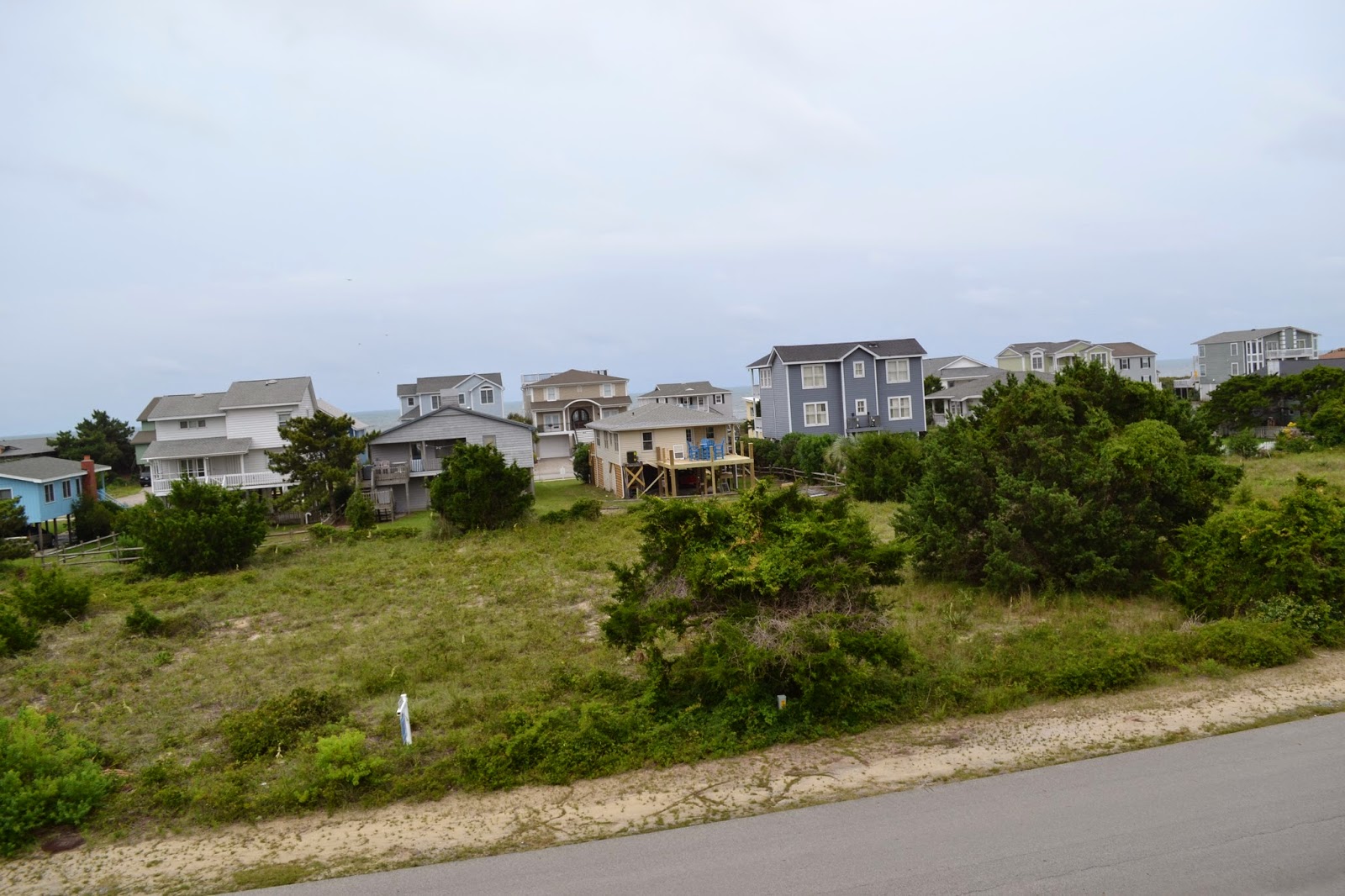 2 blocks off the beach, it's perfect for families. 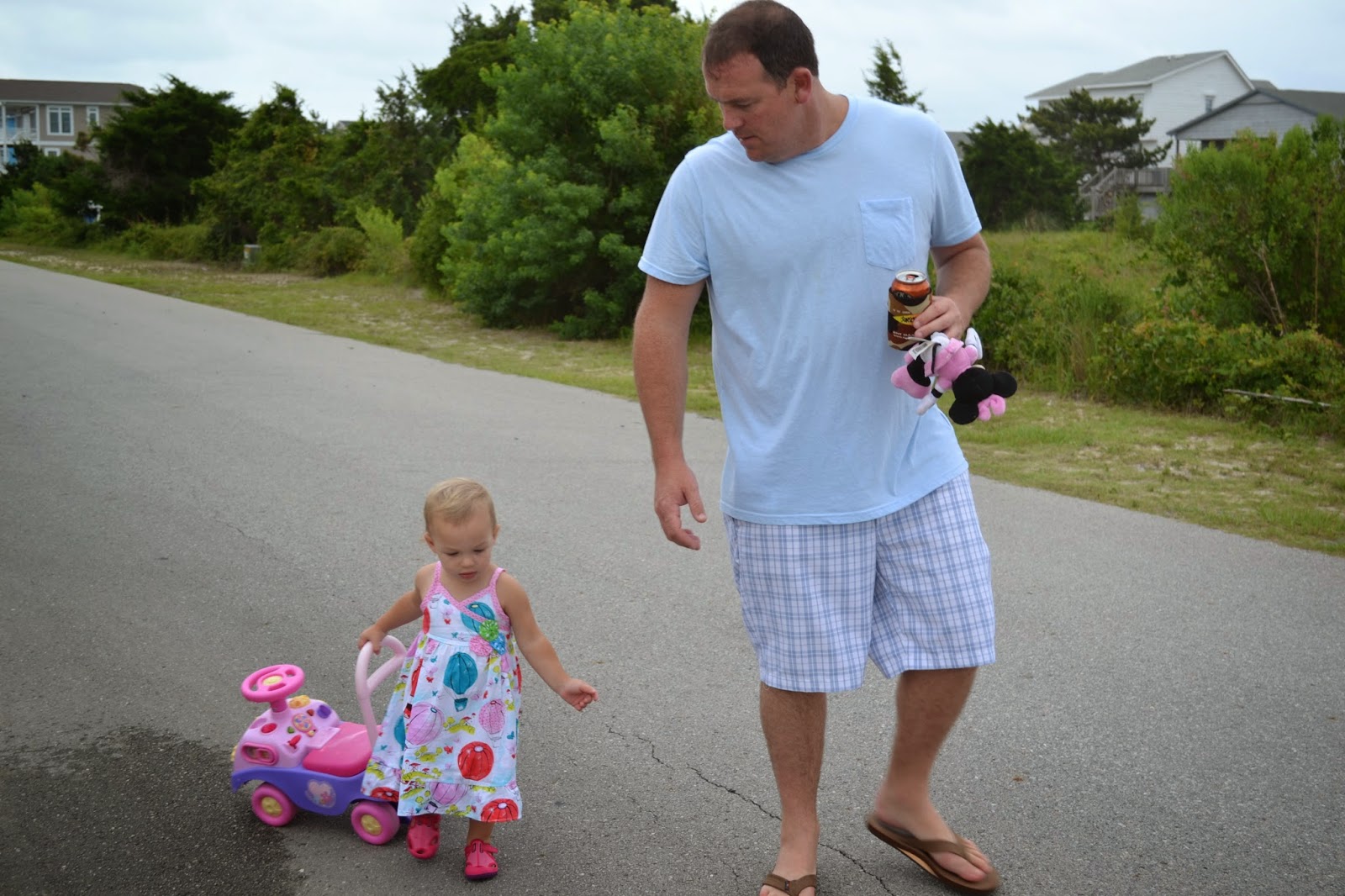 Dinner consisted of all sorts of seafood at Mermaids on the island.
Shelby enjoyed herself immensely too! 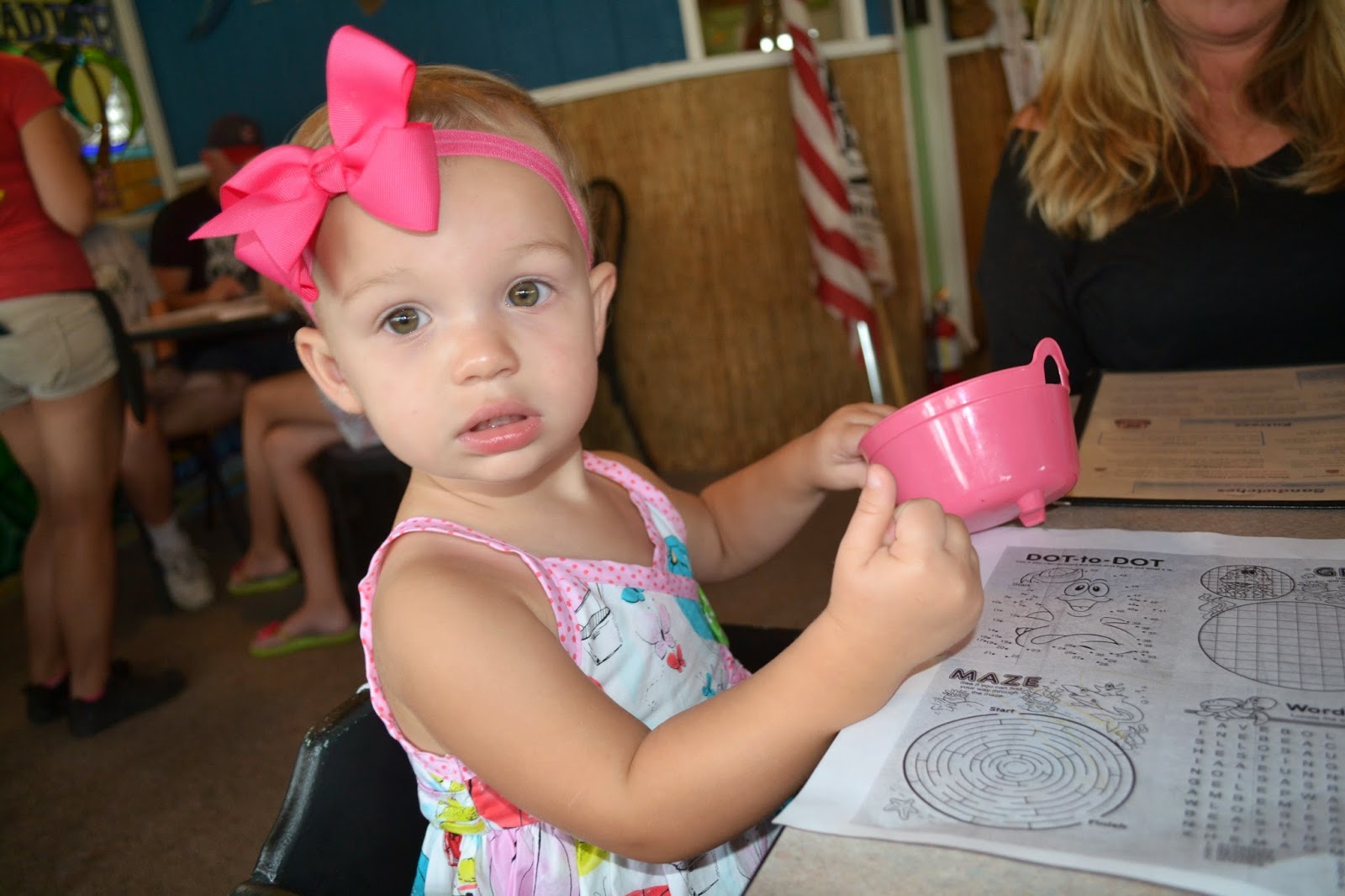 The next day, more beach time and Shelbster was on FIRE! 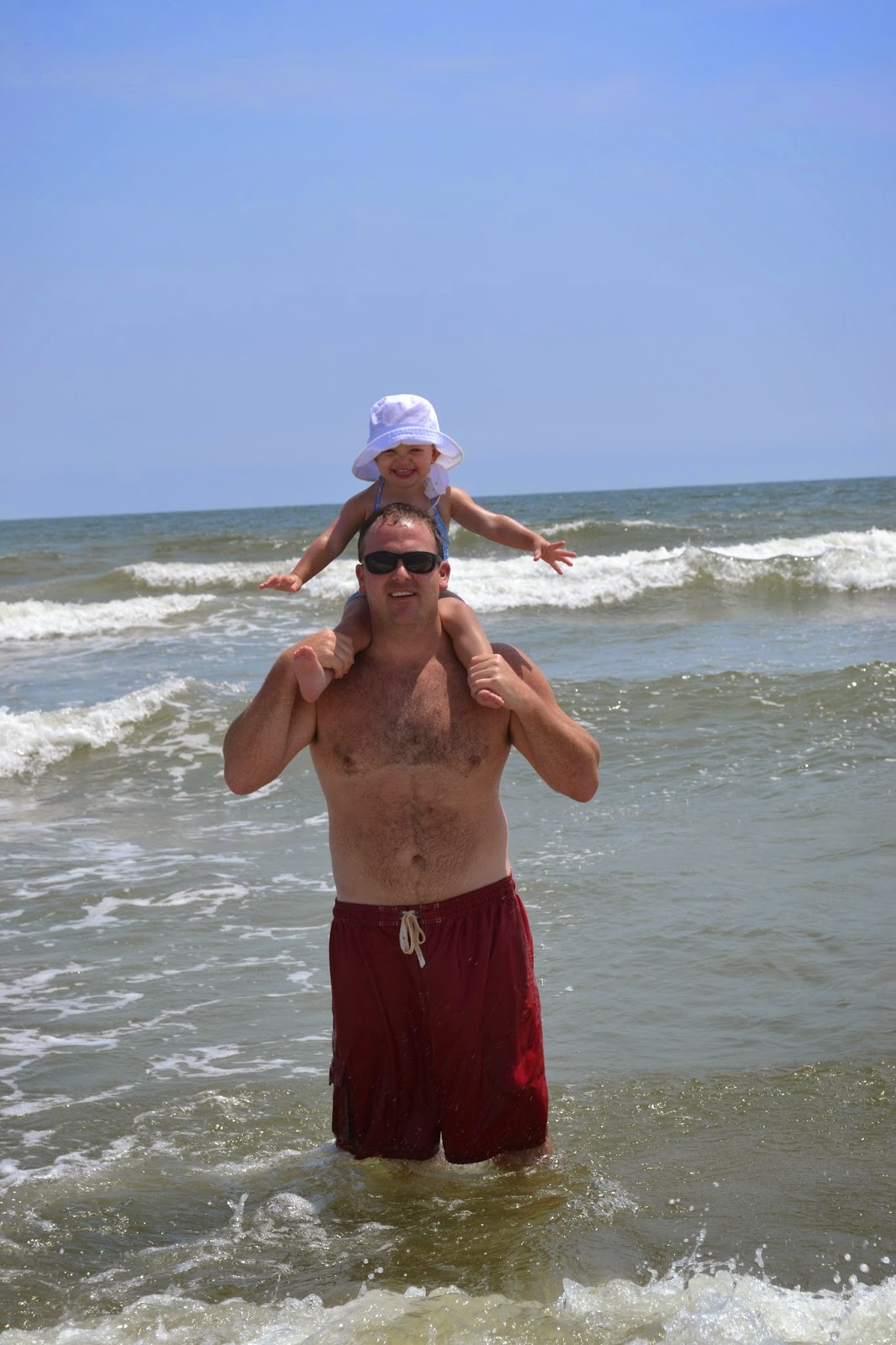 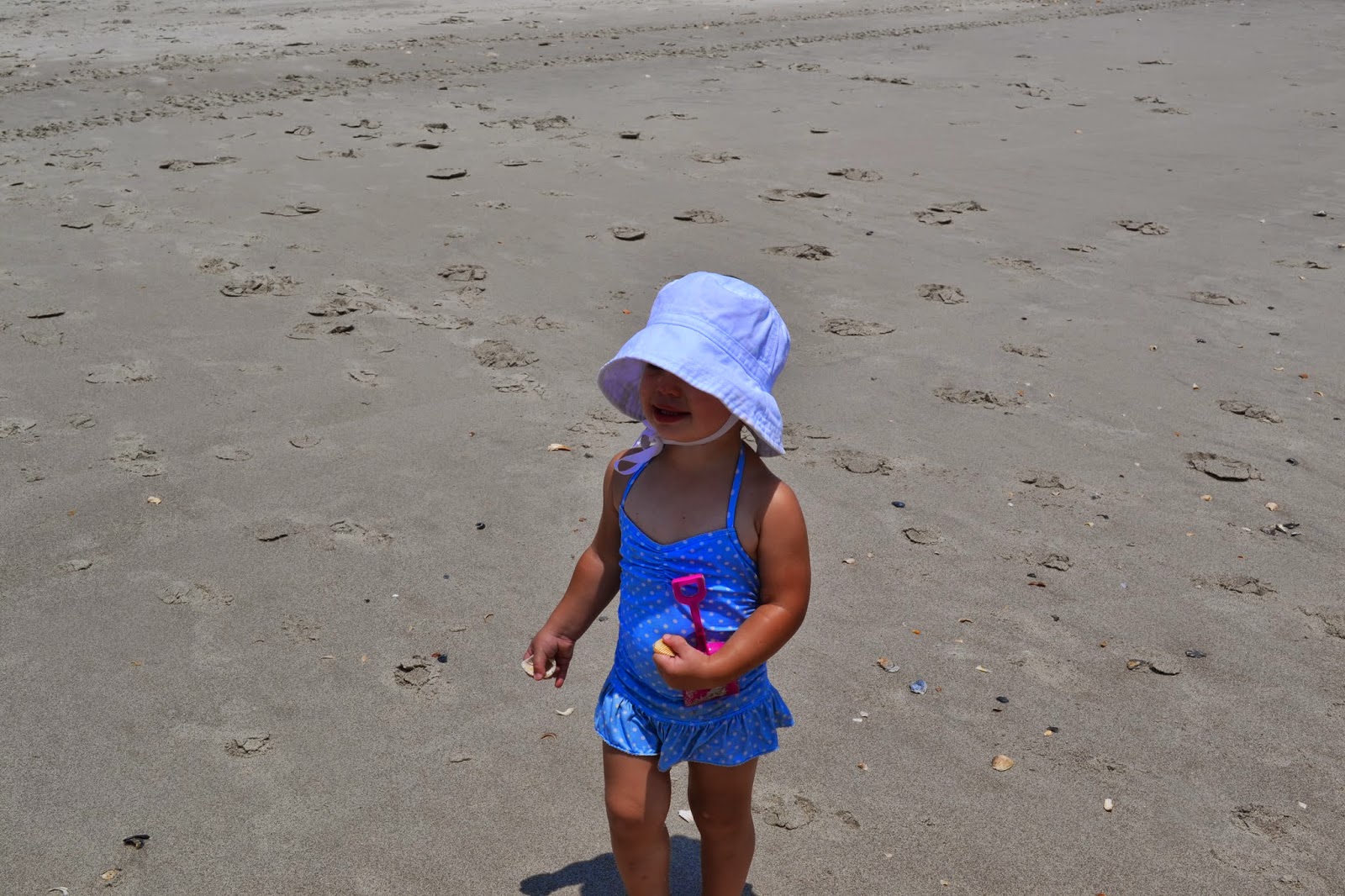 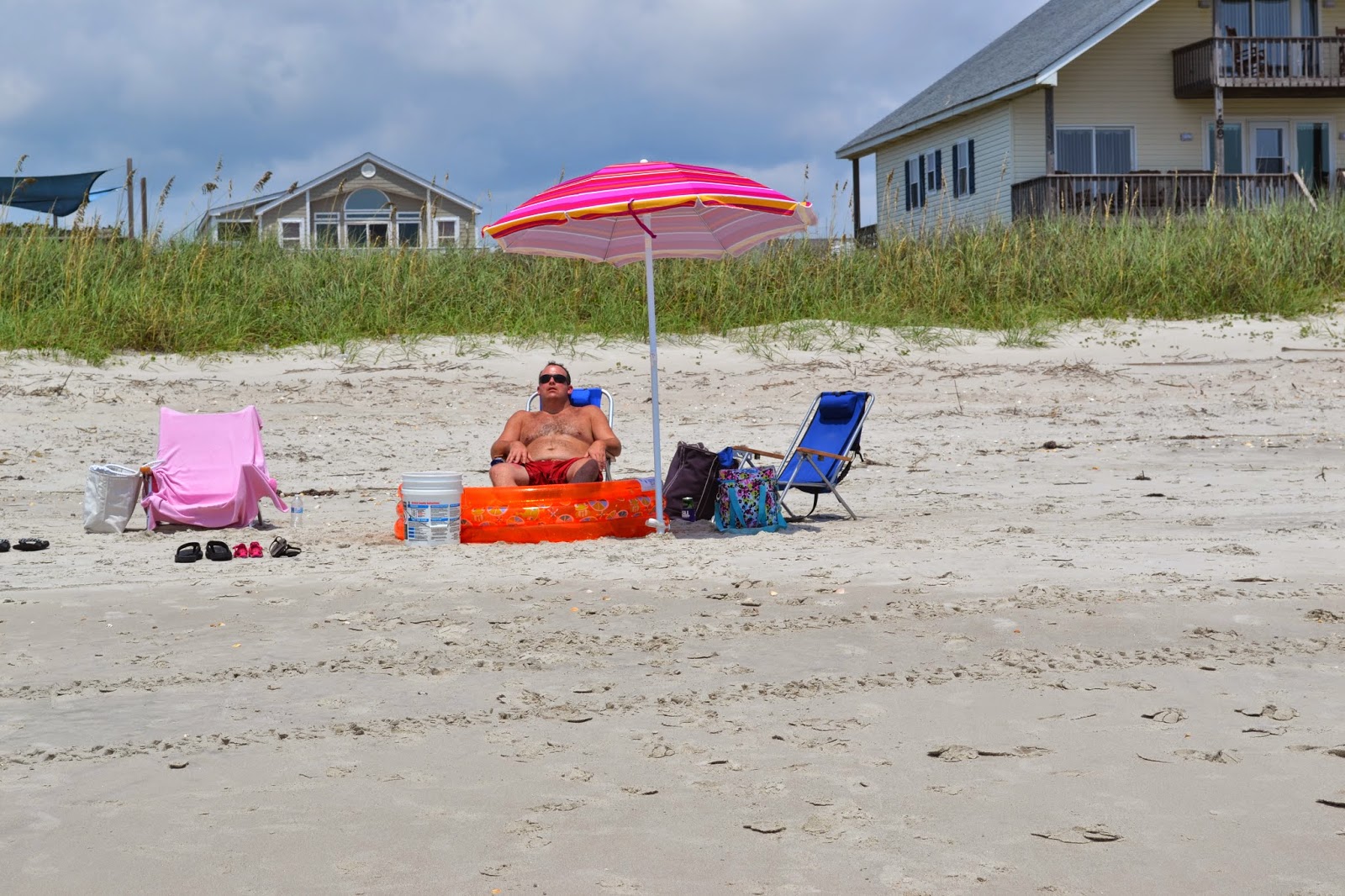 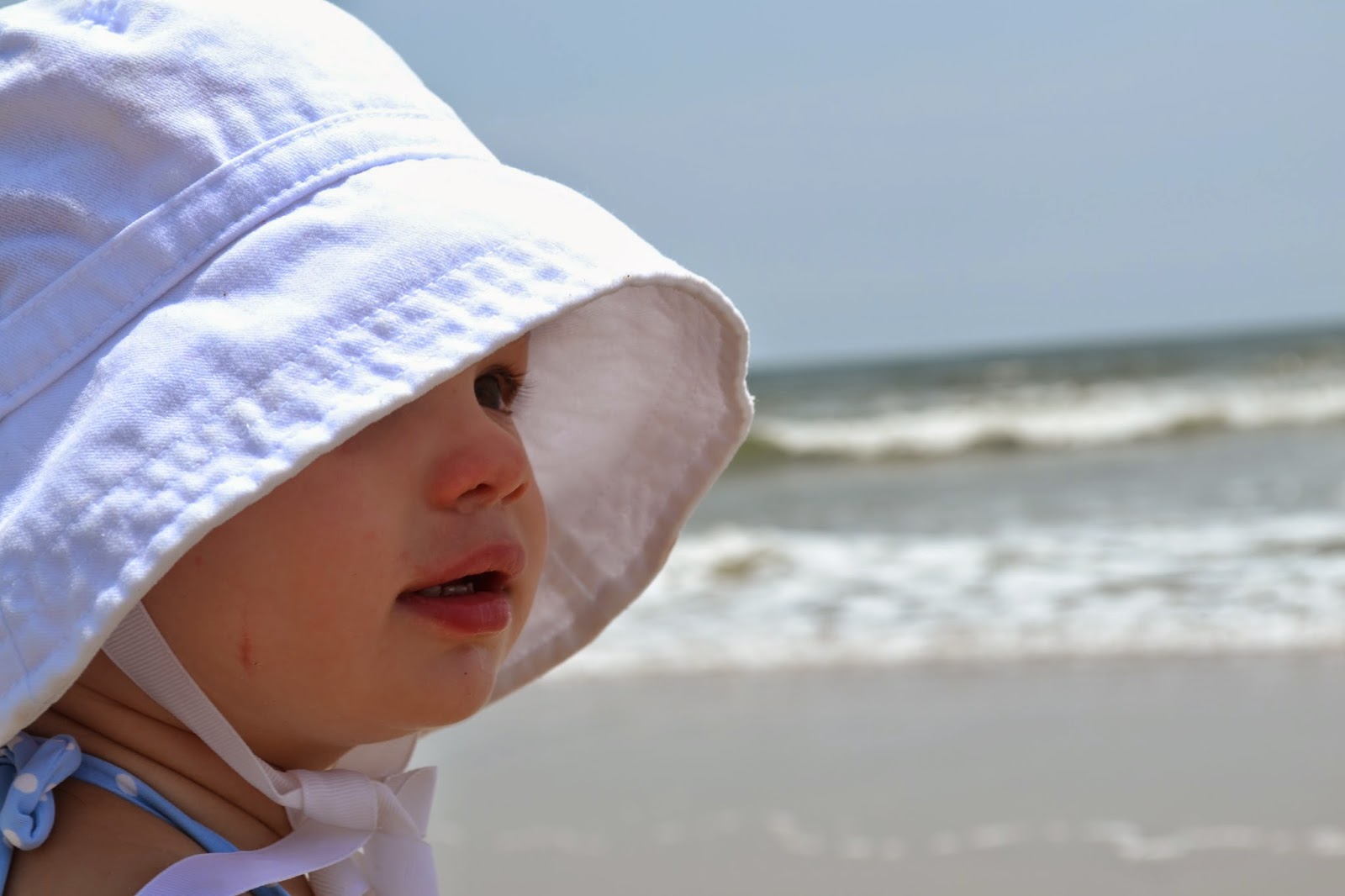 Such a great extended weekend.
And, the baby pool was the best $12 ever spent for a beach trip! 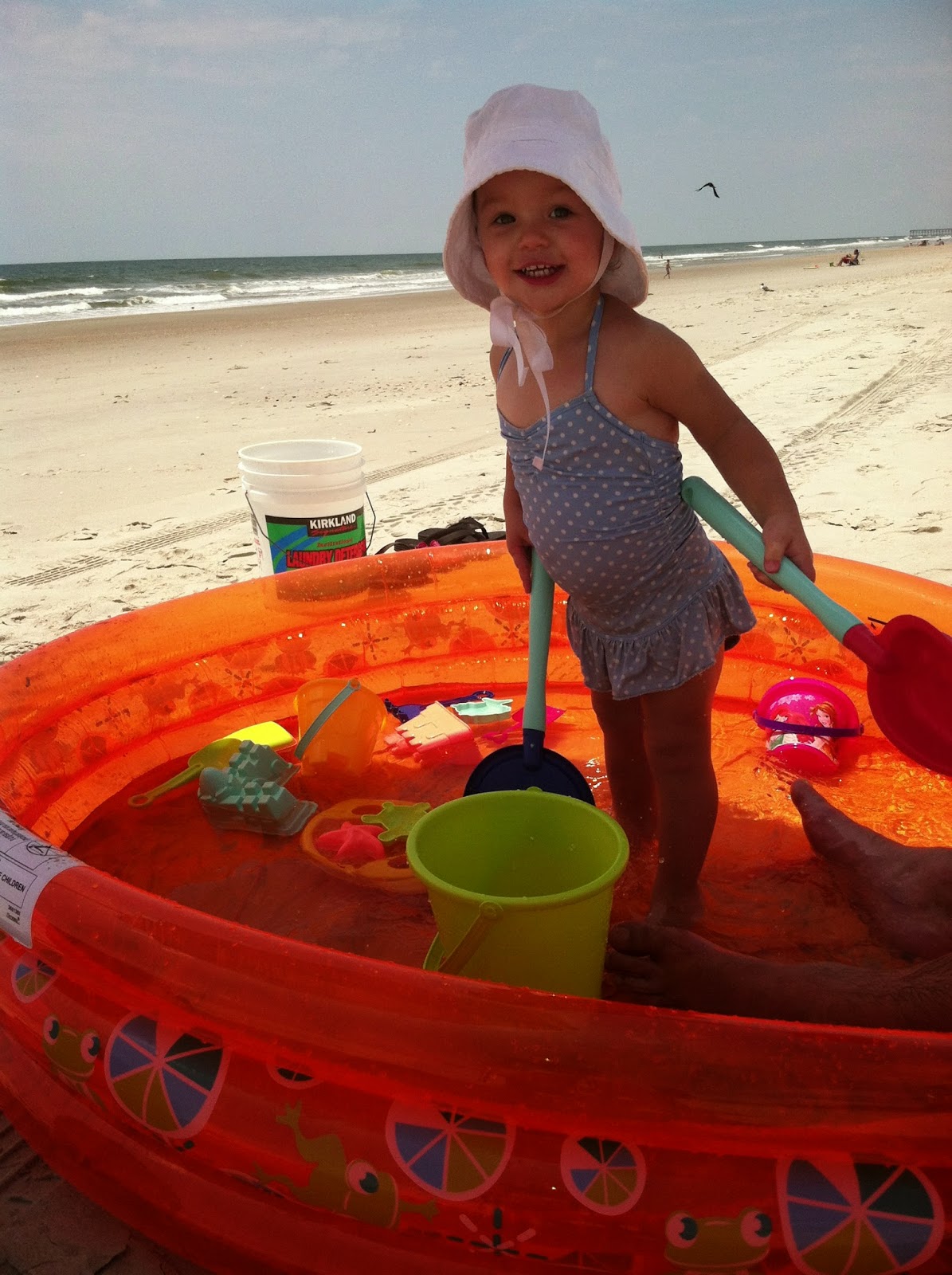 Even Brad took advantage of it! 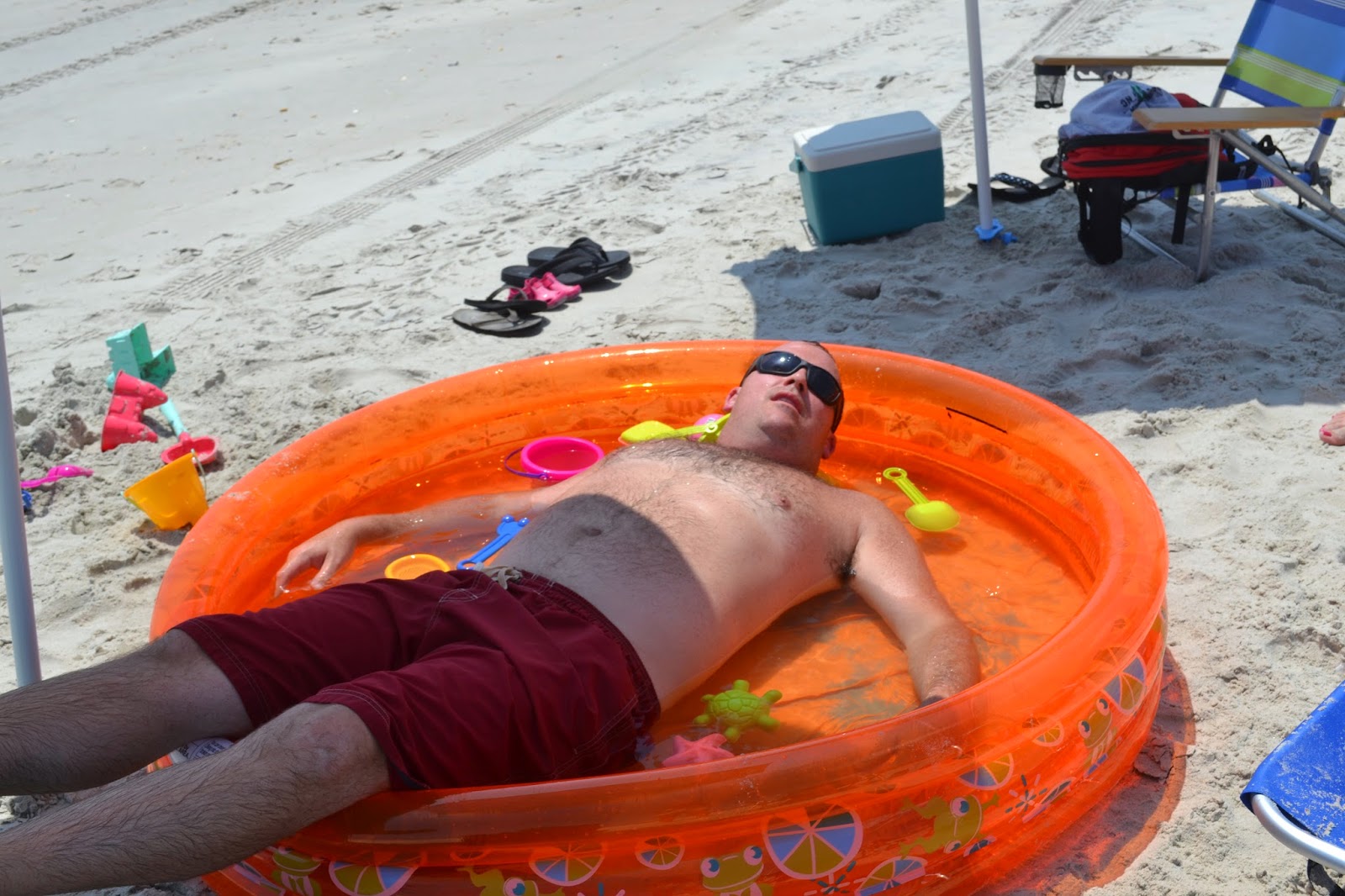 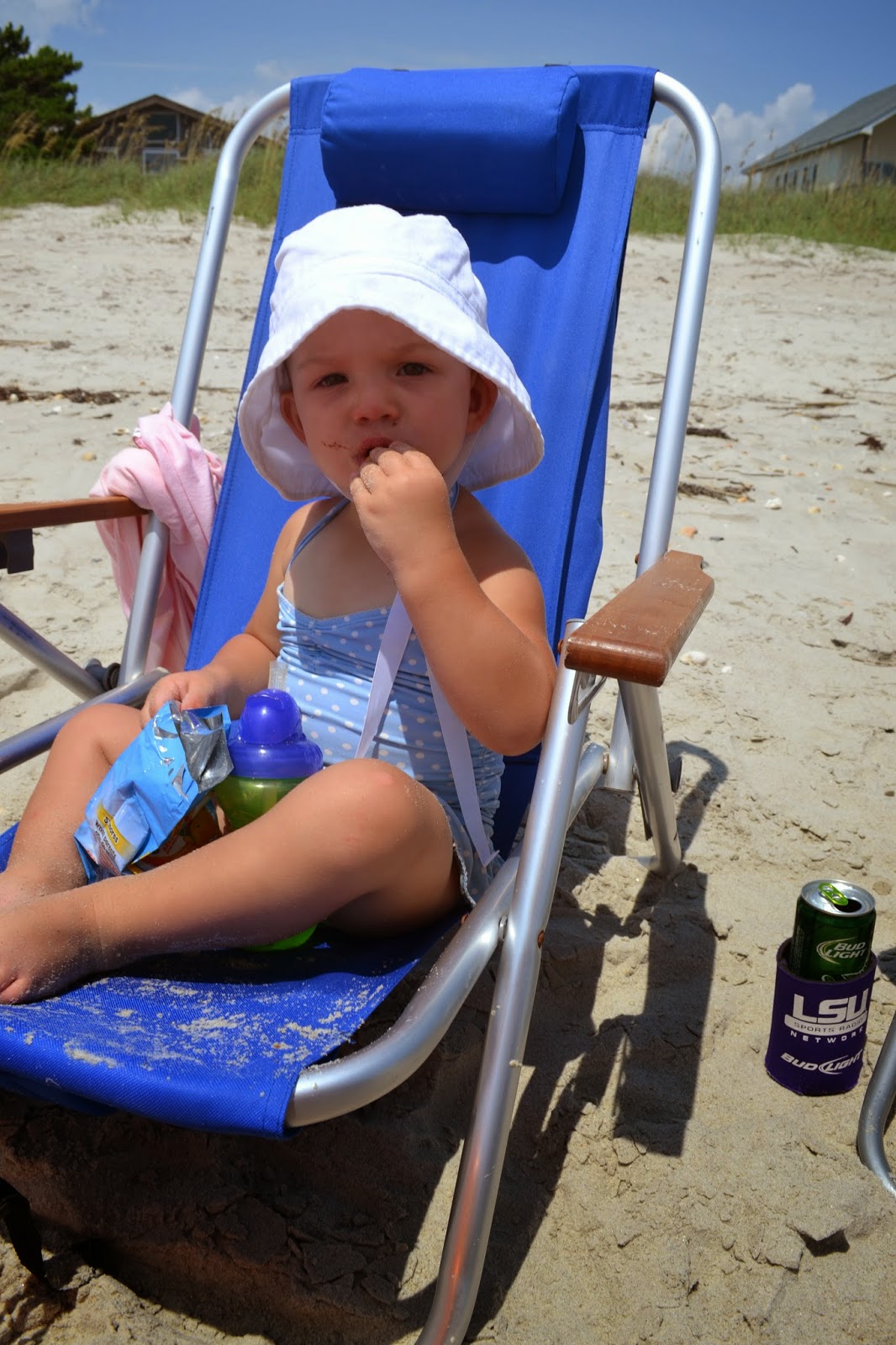 Thanks to Eric and his family for opening their home up to us yet once again!
Eric and Brad have been friends since around Shelby's age. 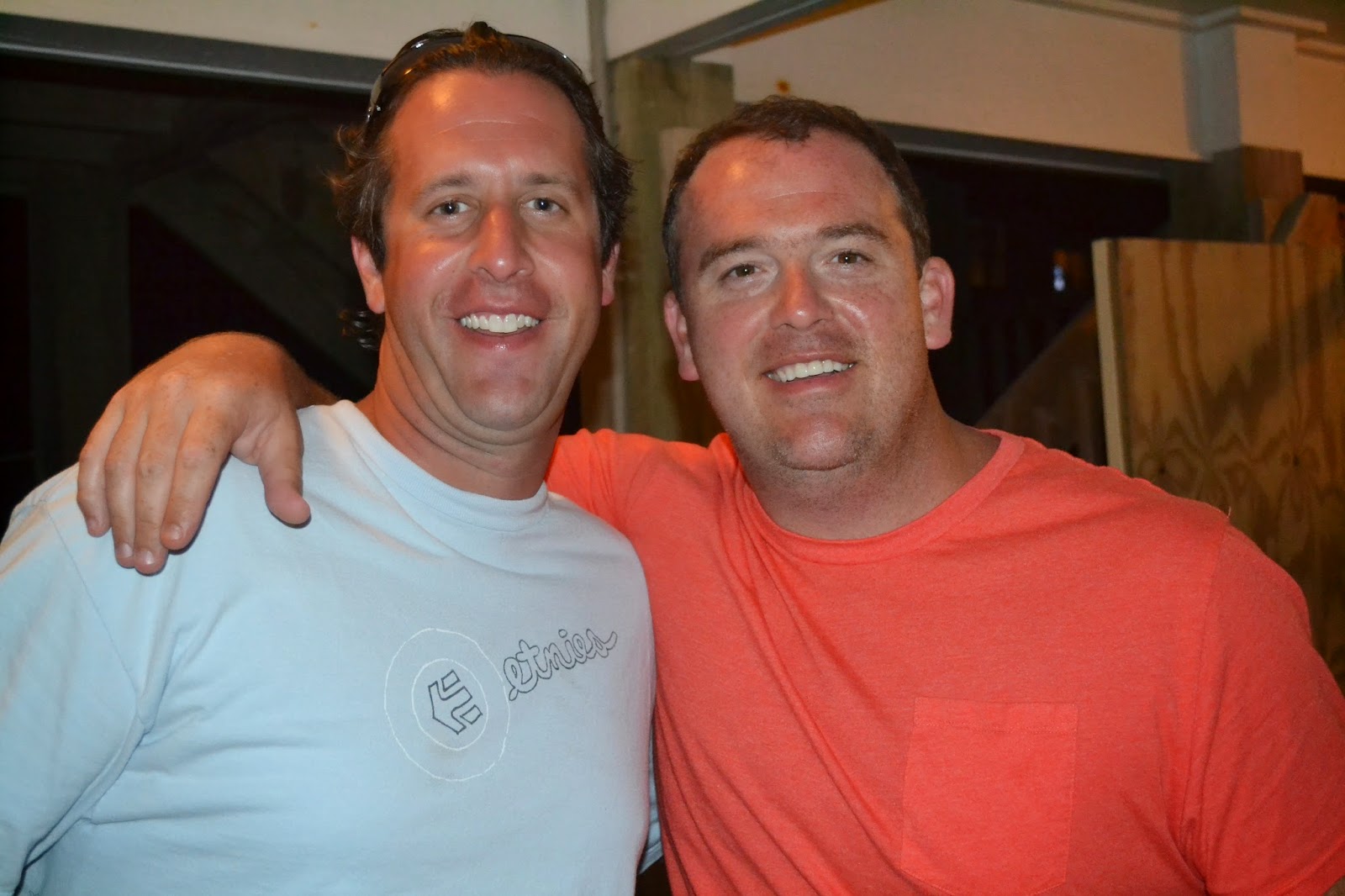 Before heading home this afternoon I let Brad sleep in and I took Shelby down to the beach for an hour or so by myself.
She was really having a big time!
Brad joined us later on and got this one picture. 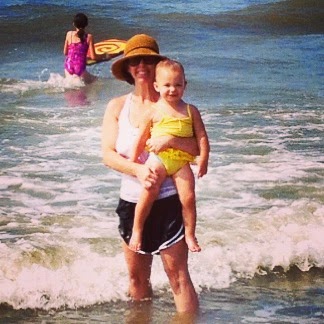 We both agreed we're going to have to make another trip to the coast before Summer is over because the whole way home Shelby kept repeating, 'BEACH! OCEAN! BEACH!'
Trip=SUCCESS!!
Posted by Dee Stephens at Sunday, July 27, 2014

Yay, so glad Shelby ended up loving the beach, as I foresee many more trips for y'all in the future. Love how peaceful the whole area is even on summer!

She is so darn cute! Kevin was telling me about some house for sale at Holden that he wants to buy...ha, yeah right!

I love all of Shelby's suits!

Oh my goodness, the watermelon hat! I love it! Looks like a great trip. I also hope to make it to the beach again before the summer is over.

You've been busy, lately! NY and then the beach! It sounds like a really nice and relaxing trip. I love your family photo :) Definitely one that needs to be framed!

I love the baby pool idea! So smart.

So fun!! We are planning a beach trip next month! Although, I don't think Ella will have as much fun as Shelby did! ;)

You know we love Holden Beach as that was the vacation we took right before Kev left. Glad yall had a great time!

Looks like you all had a blast, and I love that Shelby finally warmed up to the waves. It's too fun not to enjoy! :) I've never been to Holden Beach, but I know a lot of folks who have been. And I love seeing Brad in the kiddie pool. Ha!!

Shelby looks so tall in that last picture!