Last of the Holiday Pictures and Happenings

In between Christmas and New Year's we still kept the holiday spirit going.

December 29th we were invited to a friend's annual 'Holiday Halftime Party'.
It fell on a Sunday evening and Brad had to work the next day.
I had a sitter booked and everything but he just wasn't into going and making a night of it.

So, I went alone.
It's a lot of media people and city leaders so I really enjoy it.
It reconnects me with all the people from my days in news.

Lynn is a long time friend of mine from my days at Fox Charlotte.
She use to be the Mayor Pro Tem here in Charlotte and we use to have her on the air all the time.

This year she had electrical issues the day before the party and her tree lights wouldn't work.
No electrician was available to help out intime.
Still pretty if you ask me. 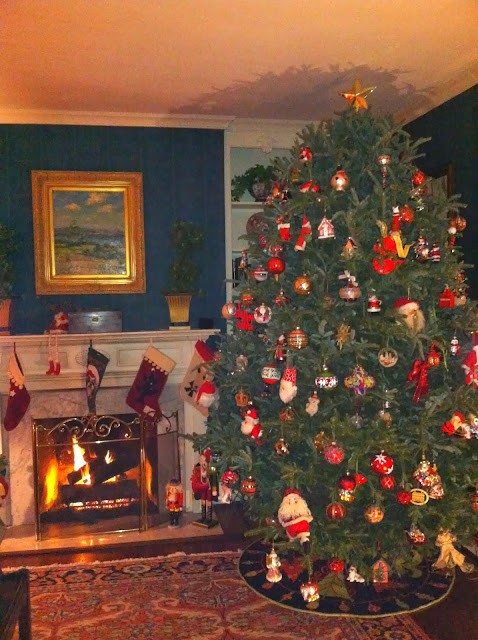 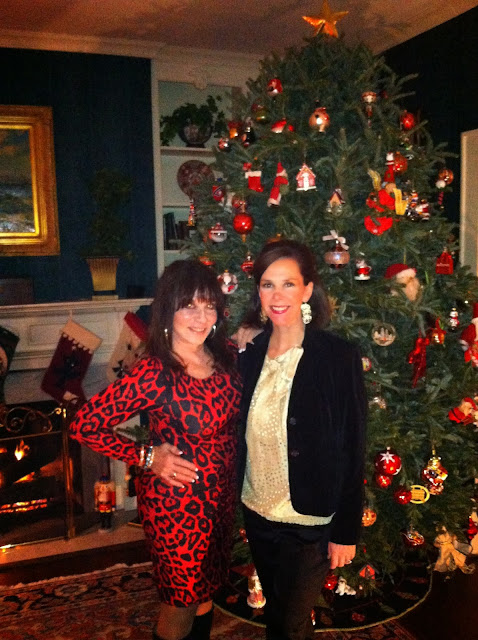 Everything was gorgeous as usual.
She had a local restaurant cater it and I was in heaven with all the yummy food. 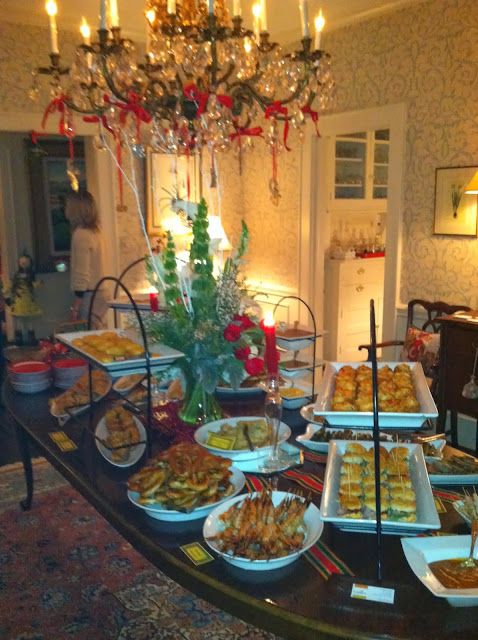 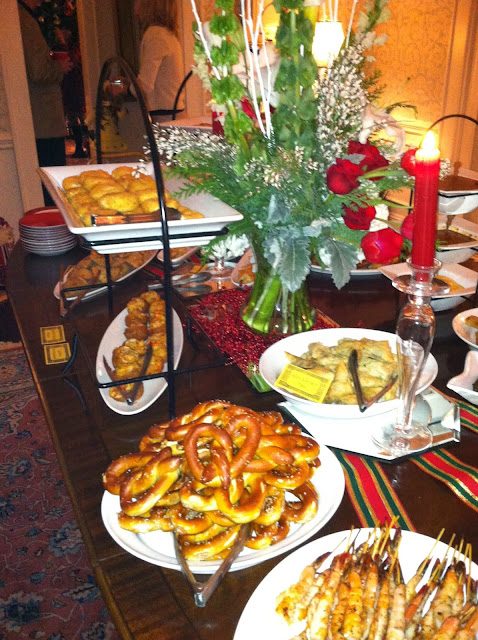 The craziest story out of the party?
Lynn said at the end a woman, who is pretty high up politically here in town, actually helped herself to the leftovers and had the staff box them up for her so she could take them home for her party the next day.
Who does that???????
I was floored.
Tacky.Rude.All of the Above. 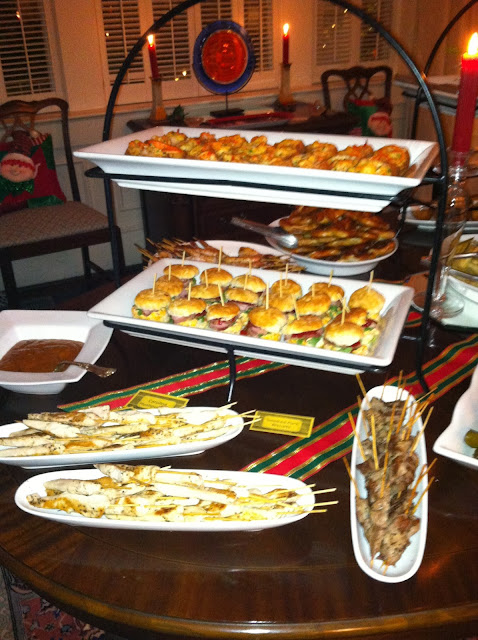 When I worked at Fox Charlotte, American Idol was still in its baby stage.
We had a contest on my show(I was the producer NOT the host), the EDGE where we sent a viewer to Hollywood to be on the red carpet.
Well, low and behold, this was the winner some 9-years ago.
It had been a long time since I had seen her. 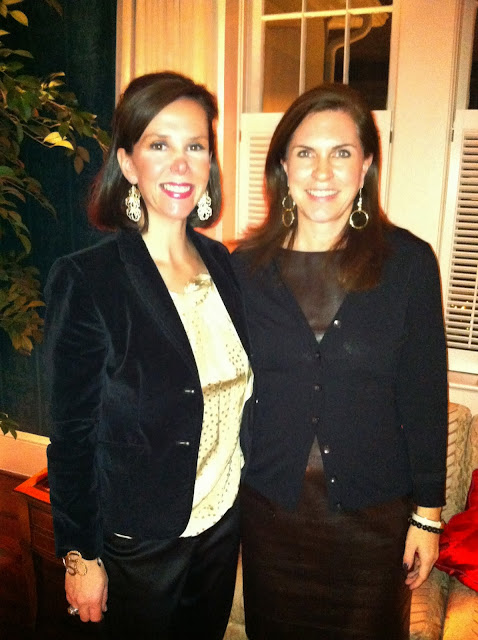 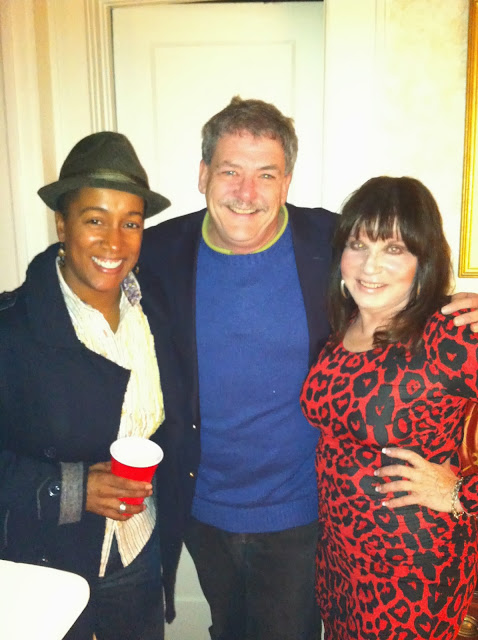 Me and Mark.
He's the media columnist. 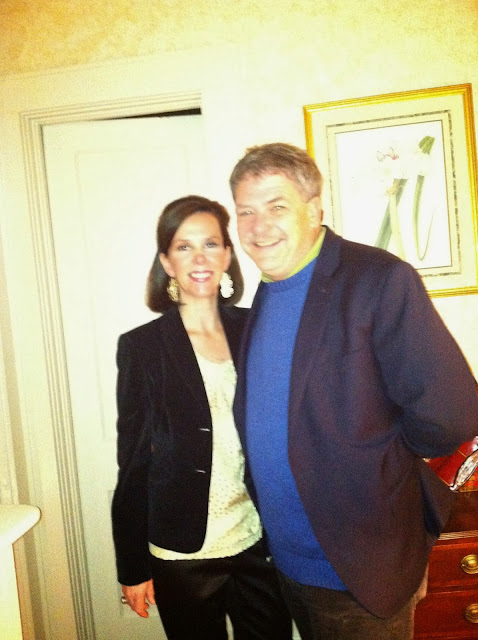 And, the current Mayor of Charlotte.
He flew in from the Panthers game in Atlanta, where we beat the Falcons, and came straight to the party.
I chatted with him about how exciting sports are in Charlotte right now.
The Bobcats will soon be the Hornets again, the Panthers are in the playoffs and the Knights will soon be playing Uptown!!!
He is stoked to say the least. 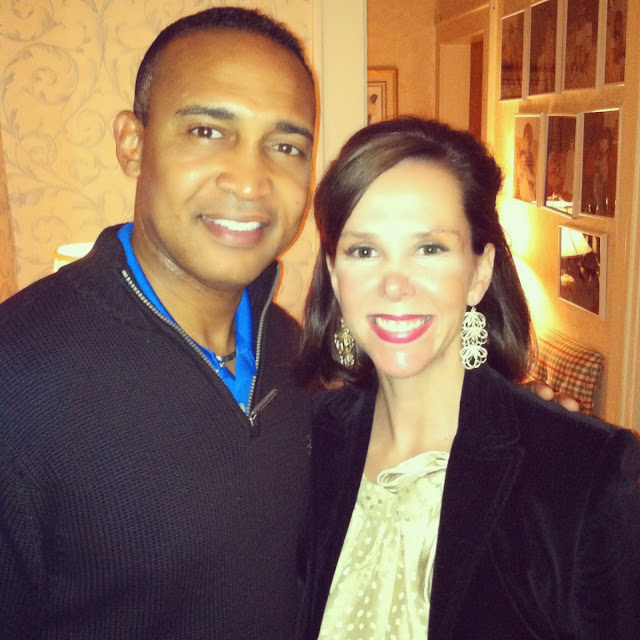 The next day I was still off work and decided to bring Shelby Uptown to see the Bearstein Bears Orchestra before they packed up for the season.
(plus Brad was working so it gave us a chance to lunch with him and her to meet all my co-workers)

These bears are always a huge hit here in Charlotte.
We tried getting up here earlier in the holiday season but it never worked out.
Can you believe we saw the last show before they went on hiatus until next December?
Great timing. 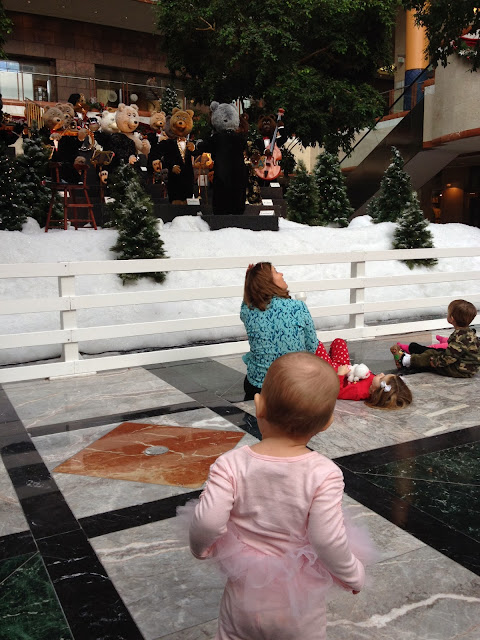 She wasn't as interested as I would have thought.
She was more interested in walking and running around the display than anything. 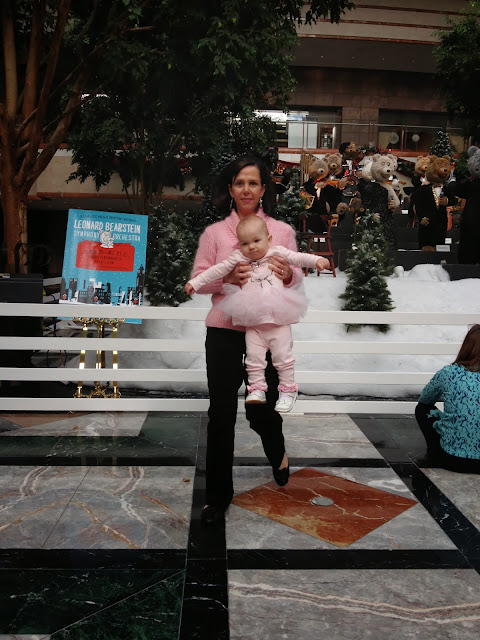 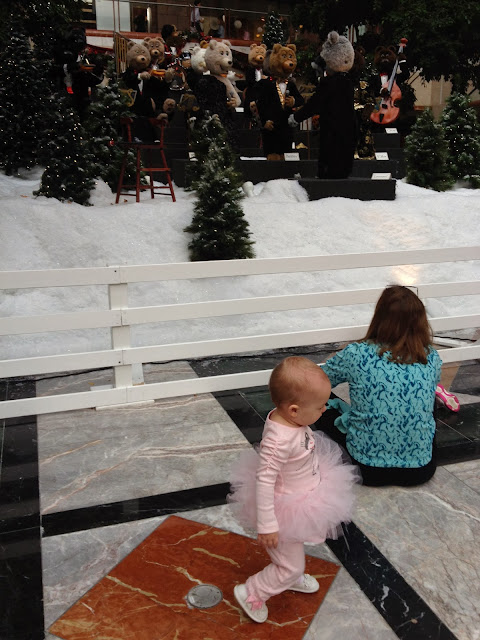 Check out the video.


I plan on tearing down Christmas tomorrow.
Wish me luck!
Brad might blow a gasket with everything we have to store in the attic this year!!
Posted by Dee Stephens at Friday, January 03, 2014

That looked like a really nice party, and I am appalled that someone took home leftovers!

I am cracking up on that video. She wasn't too interested.... didn't look like Brad was either!:) I bet next year she'll get more into it all. That bear orchestra is soooo cool, though. nothing like that around here. I LOVE the videos you are doing.

Love the traditional decor at the party. Leftovers.....WTH?!

Can't believe the leftovers! Crazy!! Shelby gets cuter every day Dee! I know I say it all the time but it is so true!

What a fun party! OMG I can't believe someone would do that with leftovers...odd. Shelby is too cute!! Kevin and I always loved to go see the bears. Ok maybe just me but whatever ha!

You are looking great ma dear! Love all the parties.

Wowsers! I needed a good catch up. Looks like y'all had a fabulous Christmas!!
Love all the pics. And Shelby is as cute as ever. And you look great, Dee!!

The mayor is cute!!!