Brad's only request for Father's Day?
He wanted to do what 'Brad' wanted to do.
Guess what that was?
Go to the lake house.
It worked out perfect because his parents were out of town and we were able to host some friends up there for the weekend too.
After the nasty storms on Thursday the rest of the weekend ended up being really nice.
So, we packed the car and headed north.
Despite fighting colds, we rallied and set up the corn hole boards and hit the lake. 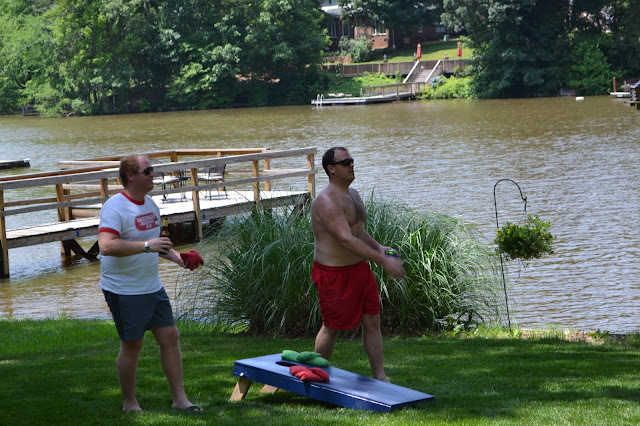 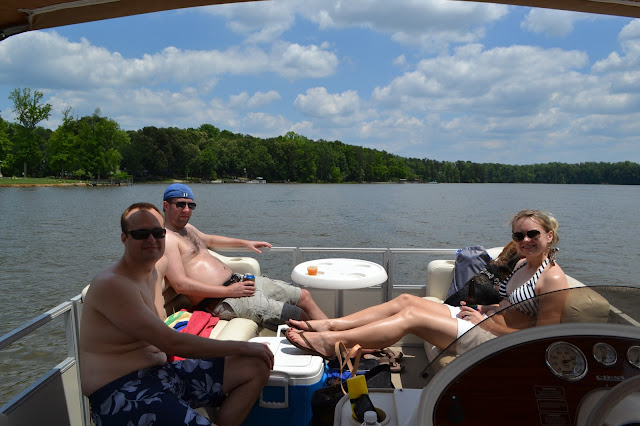 My favorite view on High Rock lake.
The mountains and the water.
2 of my happy places. 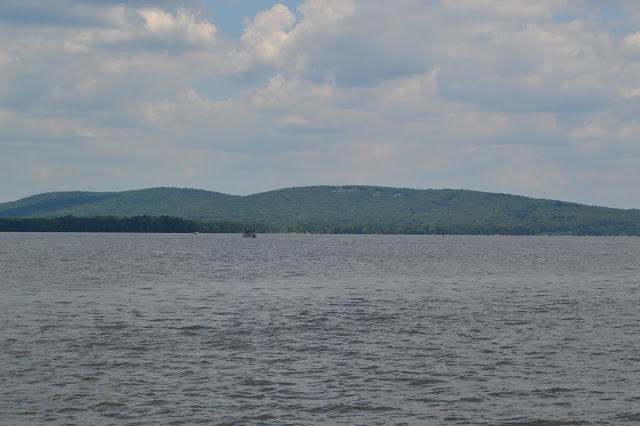 Shelby wasn't 100% after her shots on Thursday but she enjoyed a little(like 20-minutes) of time in the lake. 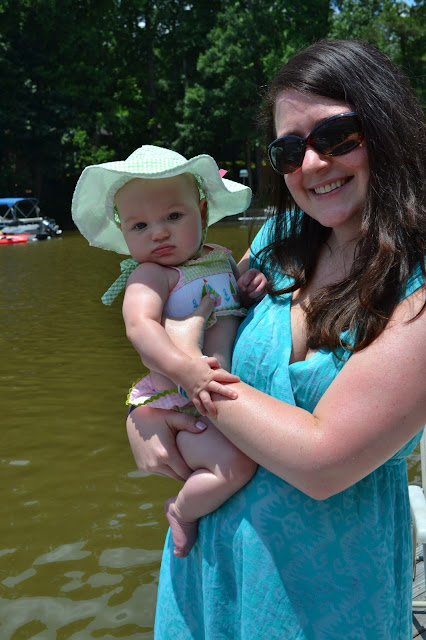 We don't mind having her in the float without a life jacket but both Brad and I agree that in the lake, even off the dock at the house, she needs it on. 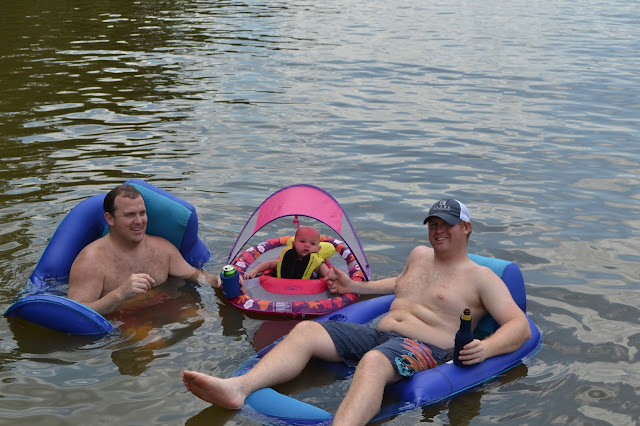 Even, Mr. Buddy enjoyed himself.
The lake house is his happy place too.
He would probably never choose to come back to Charlotte if you knew the truth.
HAA! 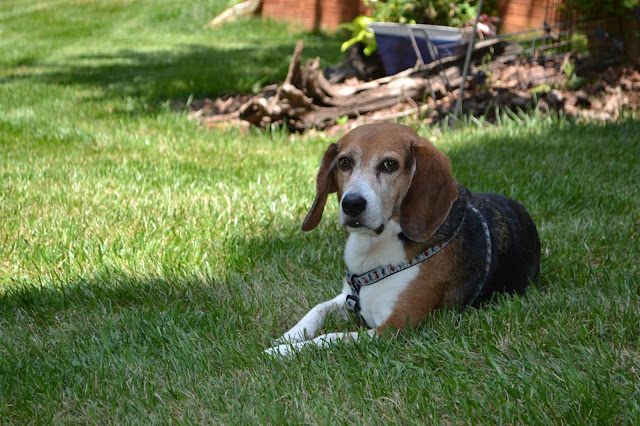 Shelby is so enamored with him right now.
It's the cutest thing to see. 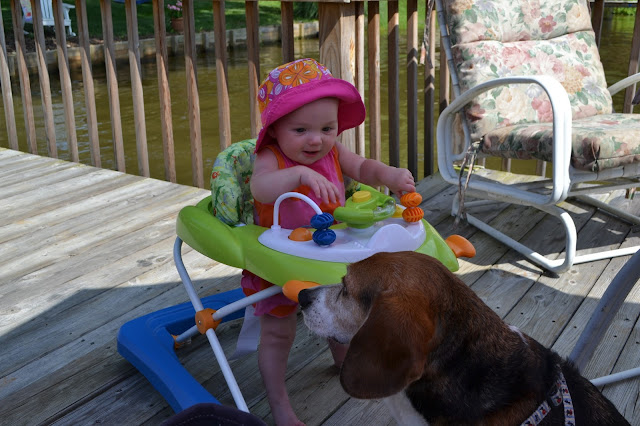 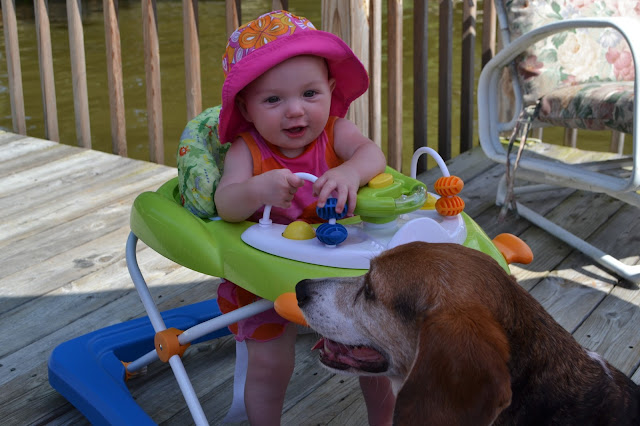 Despite what you see in these pictures he gives her lots of kisses and attention.
He loves her! 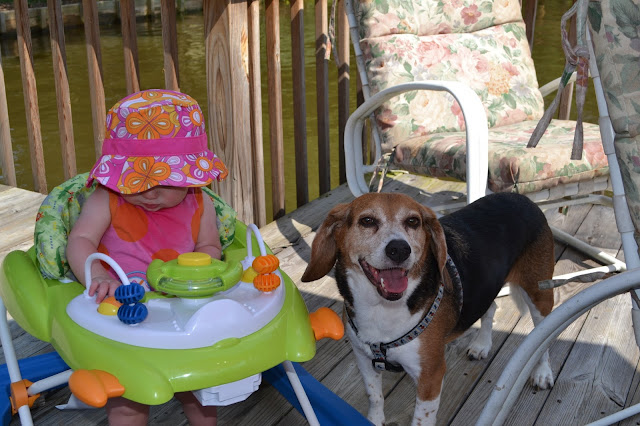 We made dinner simple by throwing a few things on the grill and we all brought appetizers and sides.
I made this delicious appetizer that A Liz suggested.
Crostini, brie, strawberry, basil with a drizzle of honey.
They were a huge HIT! 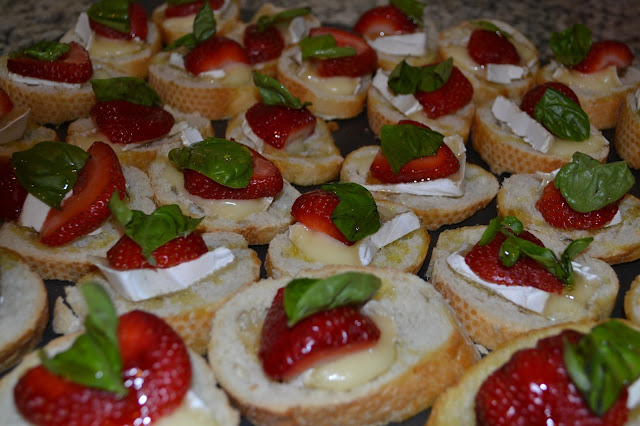 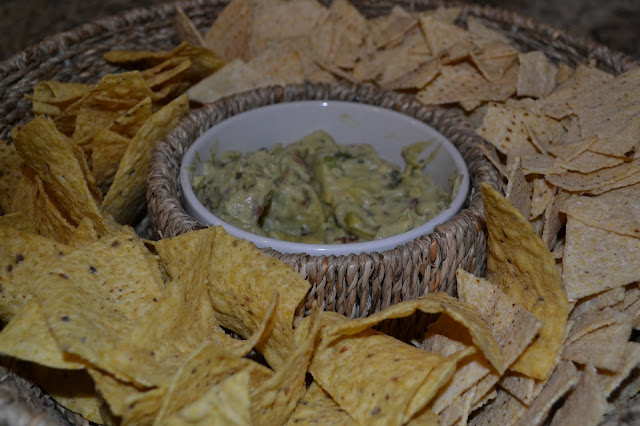 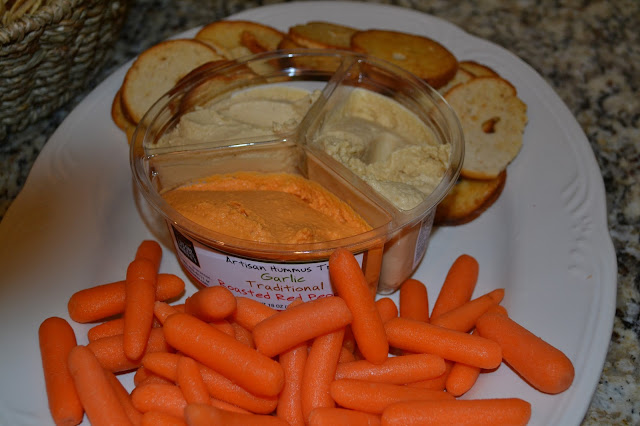 We had a little fun with our new NIKON and I took some pictures and vice versa.
Love how this one of Katie and Josh turned out! 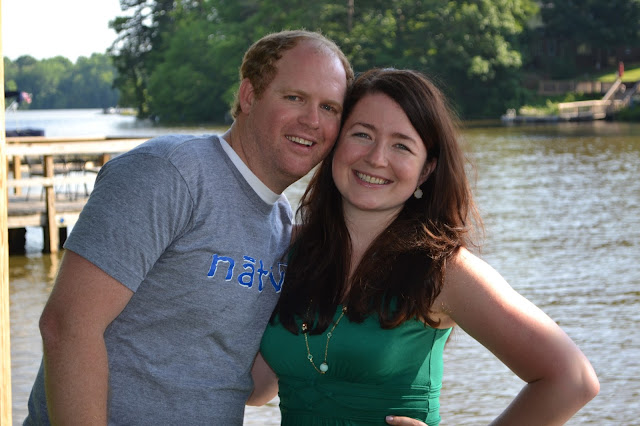 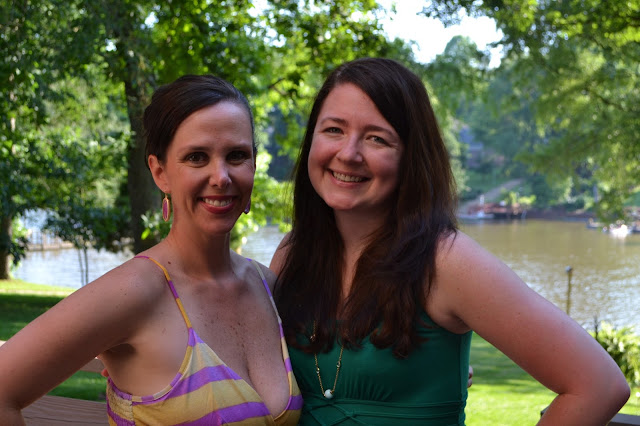 This one isn't too bad either.
Shelby grabs anything in her site these days.
It's funny and hysterical and a bit annoying all at the same time! 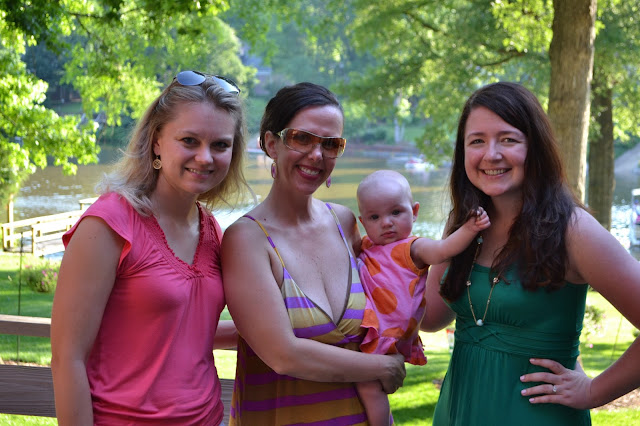 Brad said it was the perfect first Father's Day weekend, despite the cold/sinus thing we had/have going on.

Darling Shelby, as always. Love her!

STOP IT!!! Shelby in her little floaty is precious!

I want a lake house!

I think Brads idea of Father's Day weekend is perfect. Glad you all had fun.