We're leaving in a few hours for my parents house for the weekend.
It's so surreal that this weekend last year we revealed to our parents that we were expecting.
This year we are enjoying our baby!!
Yesterday they had a little Easter event at Shelby's school. It was so cute and she was the Grand Marshall!!
LOL!!
Here's a few pictures of that.
~~~~~~~~~~~~~~~~~
I put together a few treats for the teachers and staff.
I made 10 of these bags of chocolate dipped Peeps.
Much easier than the cutout cookies I generally do. 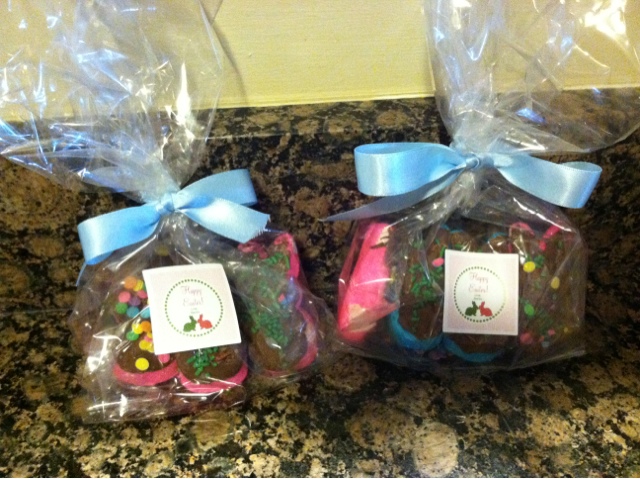 Shelby and a few of her classmates.
They had their coats on because they were getting ready to go outside. 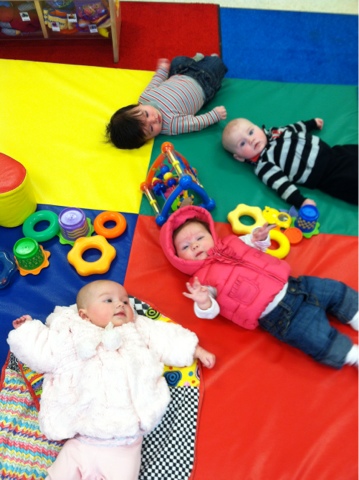 I think this picture is just darling.
Shelby and her friend holding hands.
They have written us notes about them doing this before.
Cute! 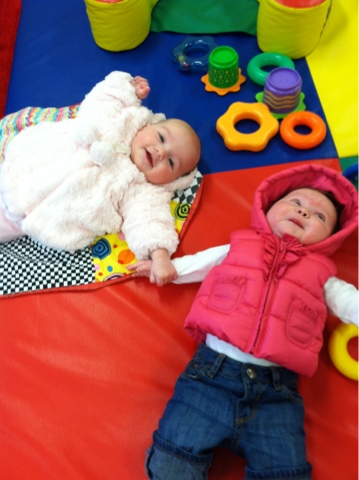 They do art projects with the kids every week.
This is my favorite so far!!
Their feet as the ears! 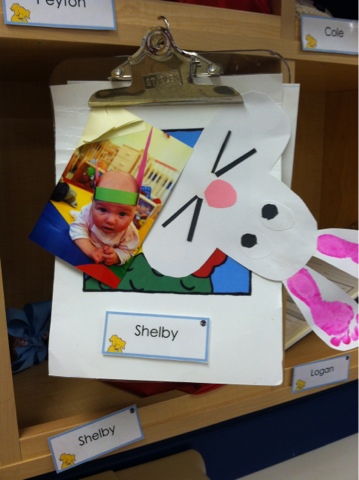 The hat Shelby has on in the picture was for their silly hat parade they had yesterday. 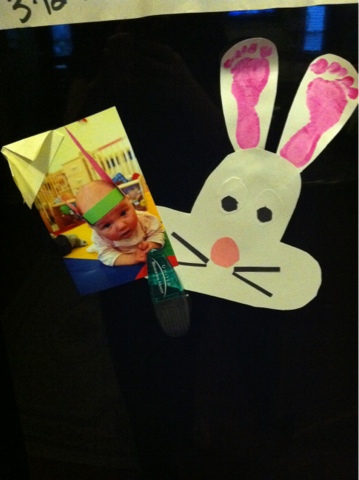 As I mentioned, Shelby lead the entire school!
Brad called he the Grand Marshall!
HA!!! 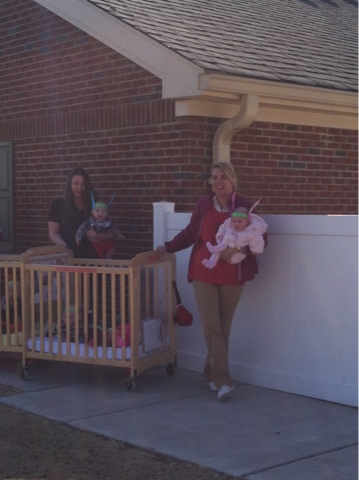 My sweet cousin Alayna sent Shelby the cutest Easter headband.
She'll be wearing this on the way to GiGi's house today!! 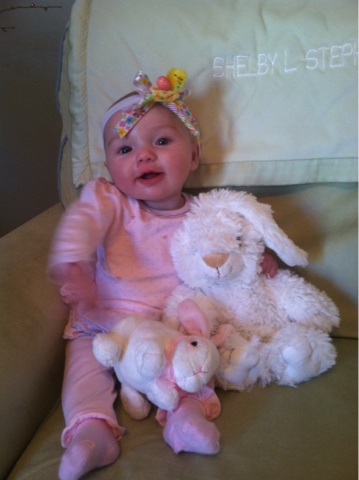 I just got finished packing and it's safe to say there is enough pink for the entire weekend!!! 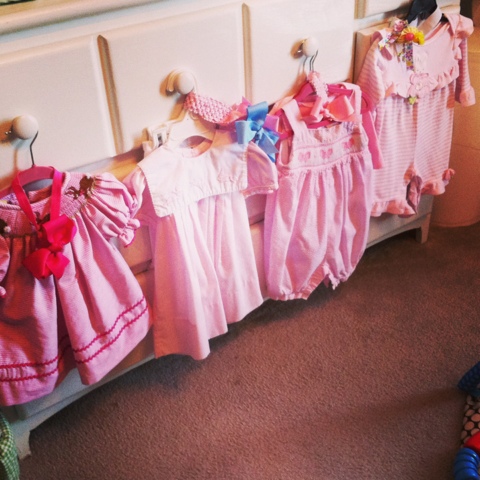 Happy Easter to you all!
And, let's remember the real reason for the season!
HE HAS RISEN!!!!
Happy Easter Friends!!!
Posted by Dee Stephens at Friday, March 29, 2013

Happy Easter! So cute with all the sweet pictures! Erica
ericasrunningjourney.blogspot.com

I just adore how sweet that school is...she just seems to love it, and is smiling in all her photos. Grand Marshall? Go, Shelby!! :) Adorable!! Have a great Easter weekend!

So stinkin cute!!!! I love her little headband and those bunny feet are too cute! She is so stylish! Have a wonderful weekend! Happy Easter!

OMG. ALL of the pink. Ha! I love Shelb and her friends!

I love how Shelby is rockin her faux fur! Fancy! And cute!

Have a safe trip and wonderful Easter!
Laurie
Lulu and Daisy

What fun! Have an amazing Easter, celebrating the resurrection of our Lord. :-)

Grand Marshall - I love it!

Happy Easter! The Grand Marshall! How cute! Do they roll the cribs outside and they sit in them outside?

She is too stinking cute. Have a great Easter friend!!!

ahhh! that pic of them holding hands was too sweet!!

He has risen indeed! She was the grand Marshall because she is the cutest and best dressed baby at school!!

Oh my gosh. Could they get any cuter holding hands like that? LOVE IT! She is too cute!

Good job on taking it easy on the teacher gifts. They are perfect and you saved yourself a lot of time. I am learning I just don't have time for the old projects I used to do and it's okay!

I love the feet bunny ears! Such a cute craft.