I haven't done one of these random updates in a while so I thought it was time.

*We haven't done too much since our cruise. We really have been trying to get back into our routine for the most part.
*I went to dinner and a movie with some girlfriends Friday night.
We saw Rock of Ages and I hate to say it but I didn't love it.
Am I the only one?
I thought it was hokey, even though I know that was the point.
Maybe seeing it a 2nd time would change my mind.
I felt the same way the first time I saw Anchorman and now I love that movie.

*Summer fruit and veggie season is my favorite! I'm always so excited to see the fresh cherries make their debut at the Farmer's Markets and grocery stores.
I could literally sit and eat this entire bowl in one setting.

I just wish they were cheaper.
Nearly $7 for bowl. 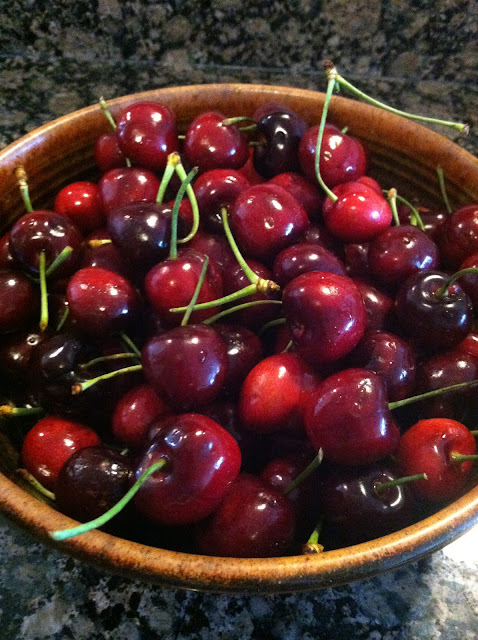 *Buddy has a chair in our house.
This wing back was one of the first things I bought right out of college.
It's in our basement and I'm not sure what the pooch would do if we got rid of it.
As you can see it's covered in fur and we have to vacuum it on a regular basis.
What makes me laugh it that even when we're home he goes down to the basement to sleep on his chair. 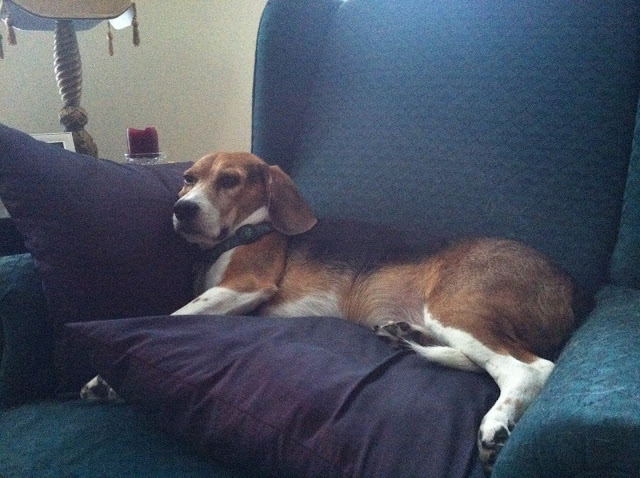 *I've been in a cooking 'lull' in the last few months.
I think a lot of it has to do with being tired and just not into it.
Look at this creativity?
LOL!
Boring, bland meal! 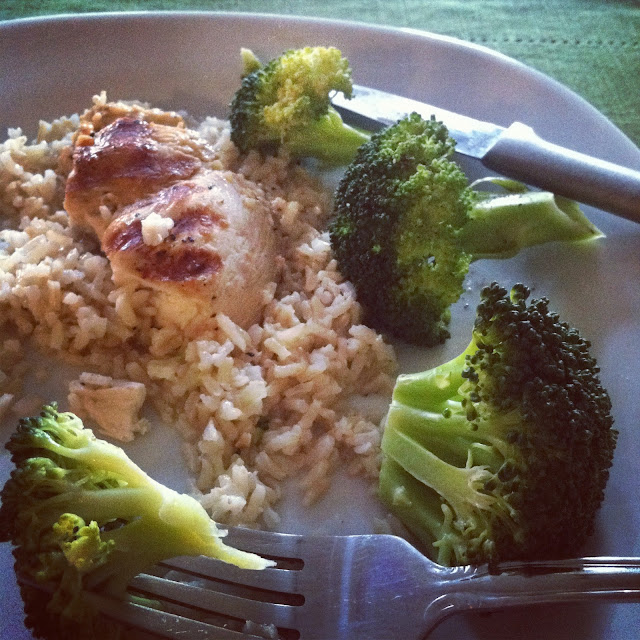 *Because of this I decided to take some initiative to 'snap' out of it after seeing A Liz's post last week about her grilled avocado.
We tried it and it was good, but very rich.
Brad isn't putting it on our list to cook again.
You should totally try it and see for yourself though! 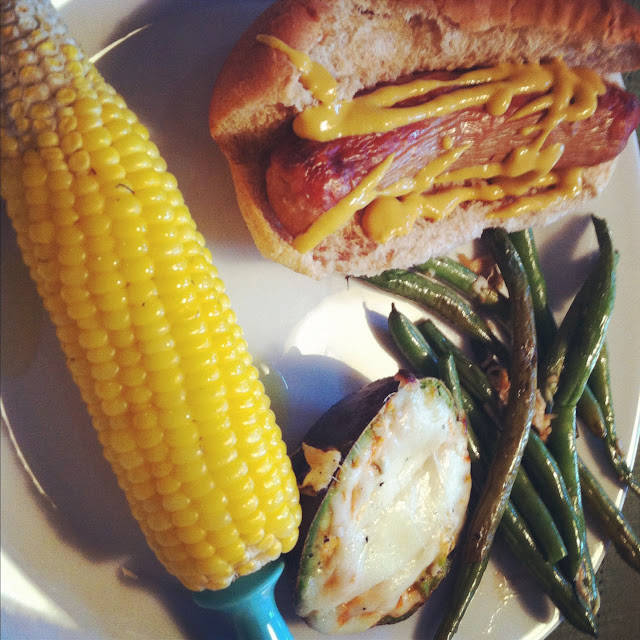 * I got a new pair of Bonanno's for our cruise.
So versatile and comfy. 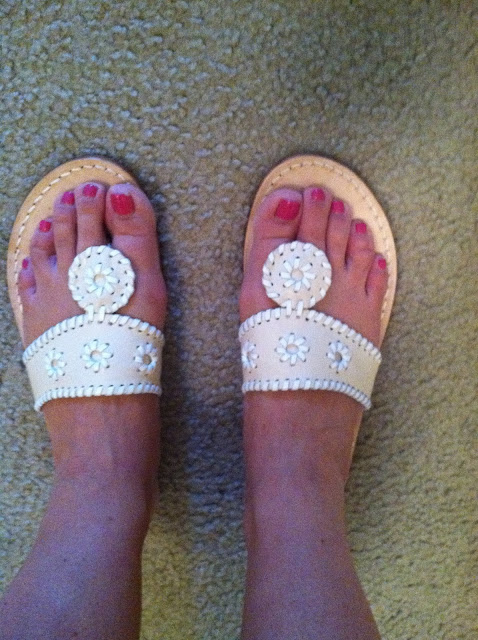 * This is a couple of weeks old but here's a belly photo.
I've been taking pictures each week in my workout clothes with no shirt and just my sports bra on.
You could REALLY tell a difference this week!
I've popped out!
But, I'm not willing to post those photos on the blog.
Maybe I'll try and post a different type of picture later this week. 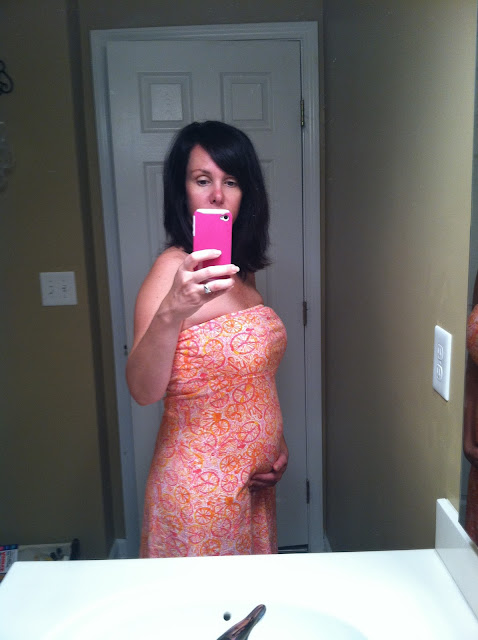 *One of my best friends, Jodee, sent us this little guardian angel for Baby Stephens on Friday.
Love it and it means so much. 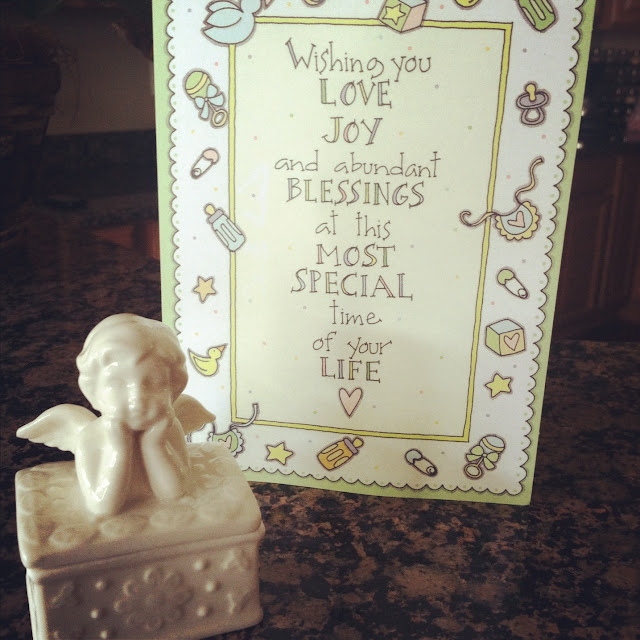 *My new 'mocktail' is Perrier with a splash or two of orange juice.
Almost like a mimosa!
Bubbles and juice, just no buzz!
HA! 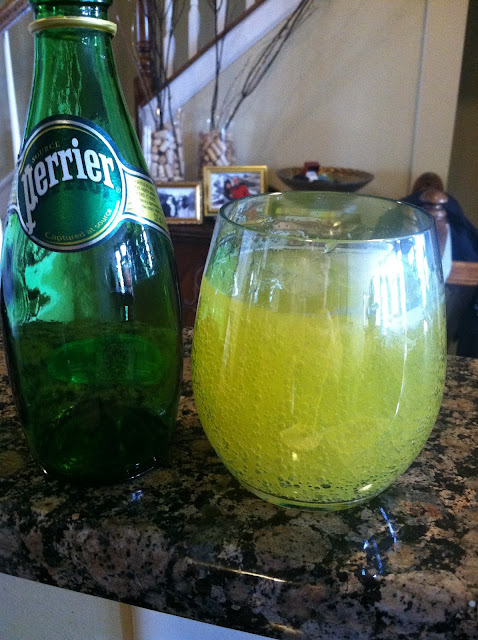 *Sorry, for the sideways picture but I wanted to share that I was featured in the Junior League of Charlotte magazine this month.
The article and even cover focuses on my decade board project that I posted about here last month.
I am honored, to say the least!! 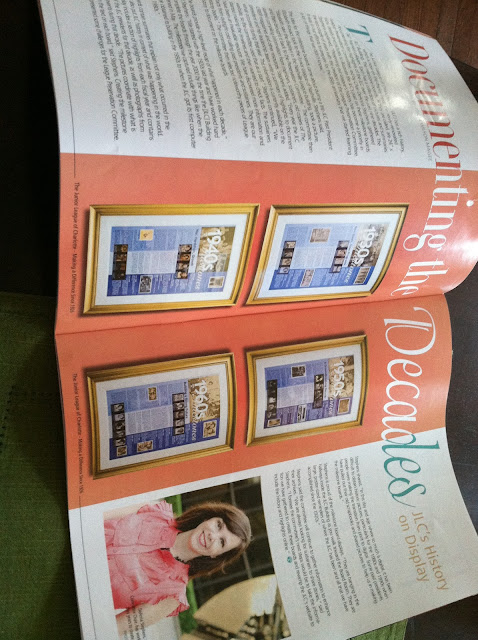 *Last but not least.
We are going on our annual camping trip this weekend.
Today Brad and I went to a sporting goods store to buy a lantern when I noticed these little tents.
I immediately, said..
'OMG! Look at the little tents they have for the dogs!'
Brad about died!!
These are just the 'models' that they have on display so you can see what the tent looks like set up.
What's even worse??
HA!
He said I did the same thing last year when we were in there shopping for camping gear!
DUH!! 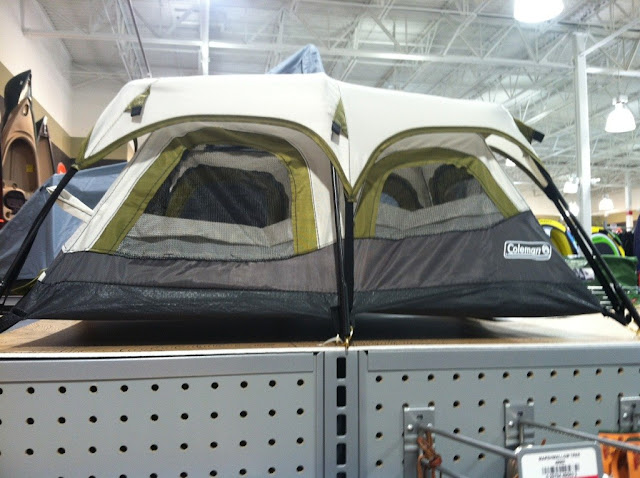 I actually am still laughing at myself over that one.
So, that's all I have for today.
How are all of you?
Posted by Dee Stephens at Sunday, June 24, 2012

OMG! The tent comment is amazing! I am laughing out loud thinking about Brad's face! I remember being younger and thinking they were for dolls.

That's so funny about the tents. Really funny. You look cute.

How gorgeous are you?! Love the new shoes, and I am also a fan of that mocktail. Garnish it with some cherries and you get fruit salad! ha.

Great post! I tried the grilled avocados too and posted about it. Next time, though, I need to add more mozarella cheese. I definitely didn't add enough this time! And I your shoes and the dress you are wearing!

I have also been splurging on cherries! You look too cute in your Lilly dress. I mix Perrier with Vitamin Water. xx

I need to try the grilled avocado!
Those sandals look just like Jack rogers! are they cheaper or more?

You look so great! Your little mocktail sounds good!

Your baby bump looks great!!! I love your new shoes, I need some like them asap, along with some cherries.

Nice one - tents for dogs!

Maybe you could talk them into selling it to you for Buddy??? :)

I love cherries too! But they are definitely pricey.

Another good mocktail - Cranberry juice, Fresca and lime. So yummy and refreshing! I drink that a lot in the summer....except I get to add vodka this year! :)

I'm good! About to camp on the beach. In a tent. Should be interesting. :)