The entire reason for my travels to the VA/DC area was to attend a medal ceremony for my Dad who is retired from the U.S. Army.
What was suppose to take 2-hours to drive from Williamsburg to DC, took three!
Gotta love DC traffic, even if it is a Sunday afternoon!
Our hotel was near the Washington Monument so I took my obligatory picture.
Giving I've been to DC more times than I can count, that's about all that I saw this trip other than the hotel and the Convention Center. 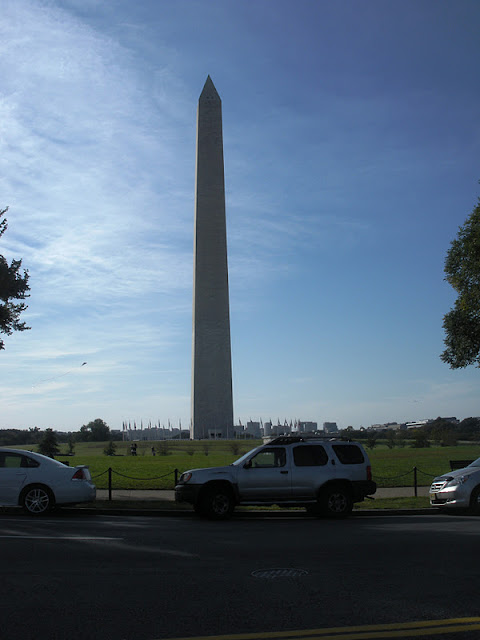 My brother was scheduled to travel in for the ceremony but due to health issues had to cancel.
Thank goodness he went to the doctor before boarding the flight!
He wouldn't be with us today if he had not.
My nephew's girlfriend, Anna, came in his place.
It was her first trip to DC so she was super excited. 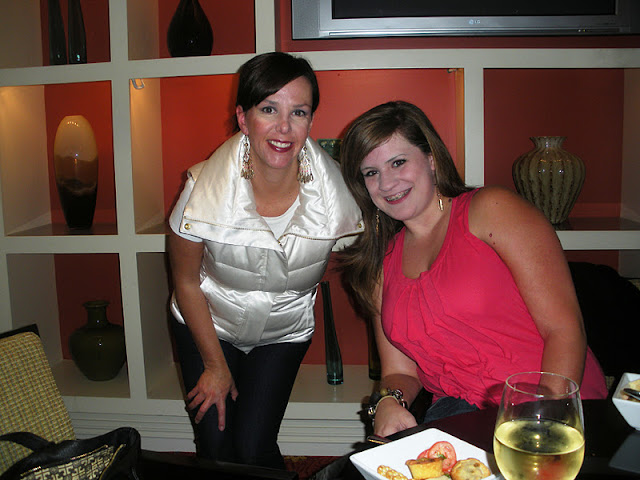 In our hotel lobby with my nephew Preston, the night before the ceremony. 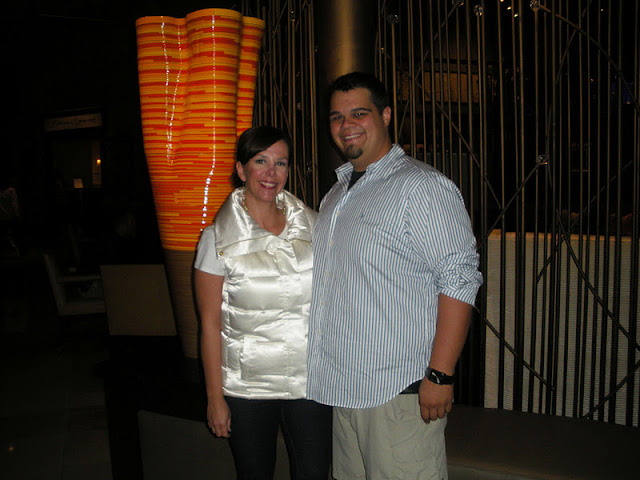 While Anna and Preston set out on a night-time monument tour we headed to Georgetown. 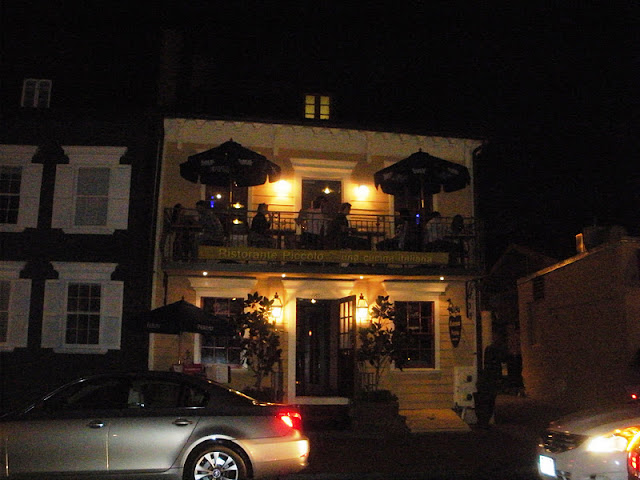 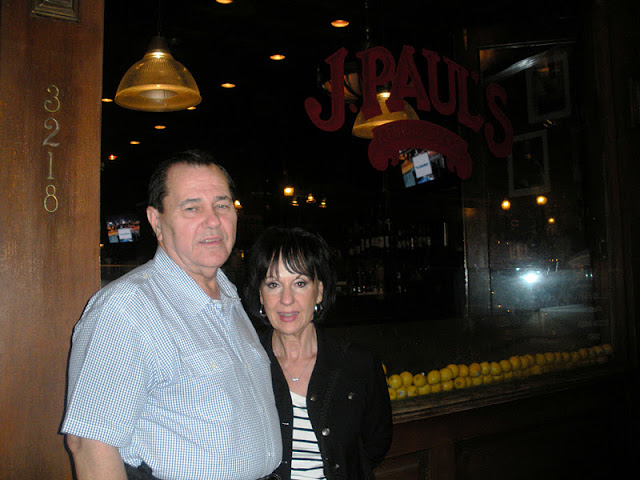 The next morning we got up early and headed over to the Convention Center for the opening ceremonies and awards for the Association of the United States Army Convention.
This is the biggest convention that DC hosts each year.
37,000 people in attendance occupying over 7,000 square feet of space in the Center.
Every new defense technology and weapons are showcased to the Army and their leaders. 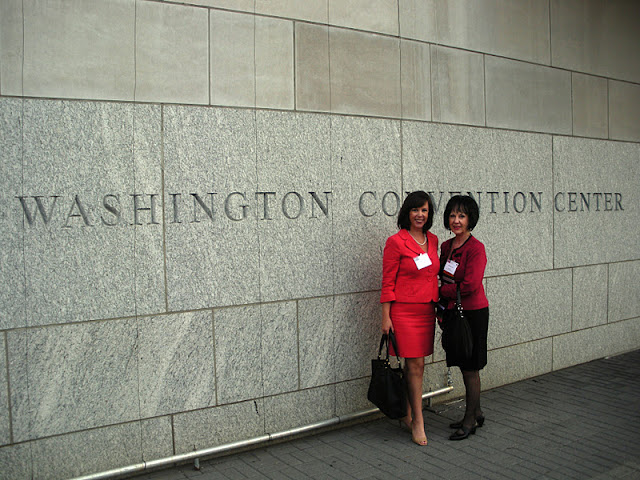 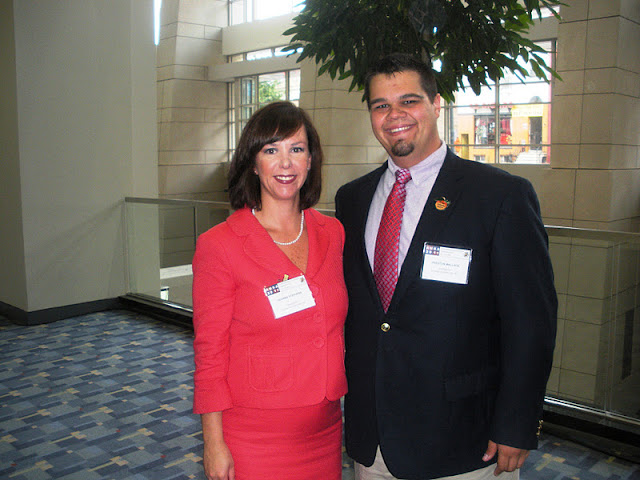 When arriving inside the large ballroom where the ceremony was being held we were welcomed by the U.S. Army Band and symphony along with giant screens and stage. 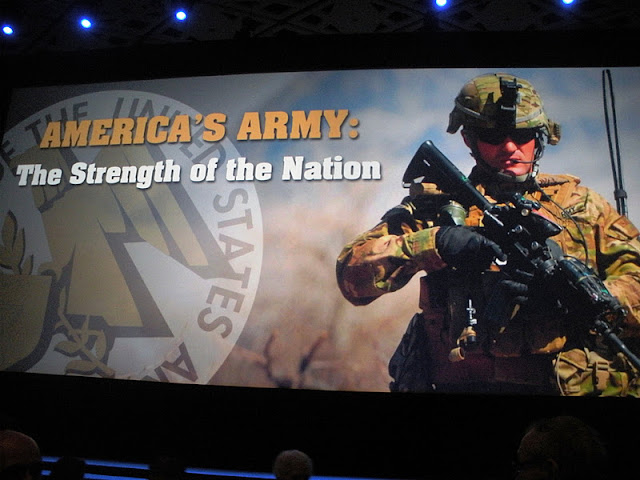 Not to mention the fact that Leroy Petry, the most recent Congressional Medal of Honor was sitting right in front of us.
What an honor to meet him!
He's only the second living recipient, since the Vietnam War, to be awarded the medal.
Read his story by clicking here. 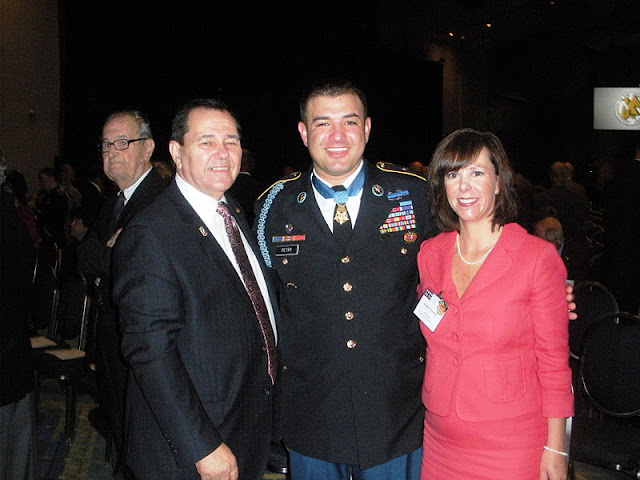 Then, the ceremonies began.
A lot of pomp and circumstance. 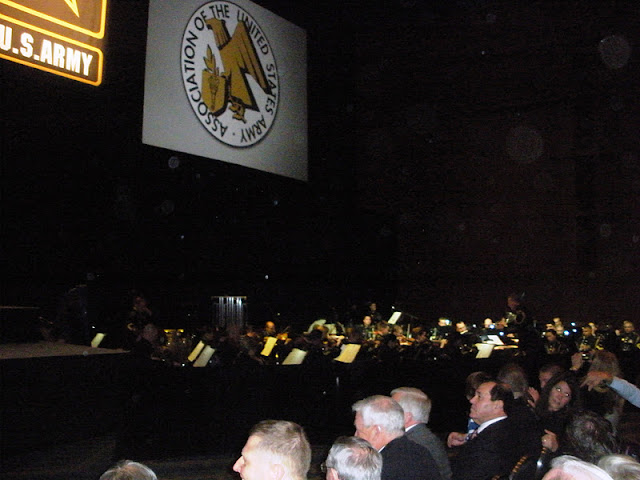 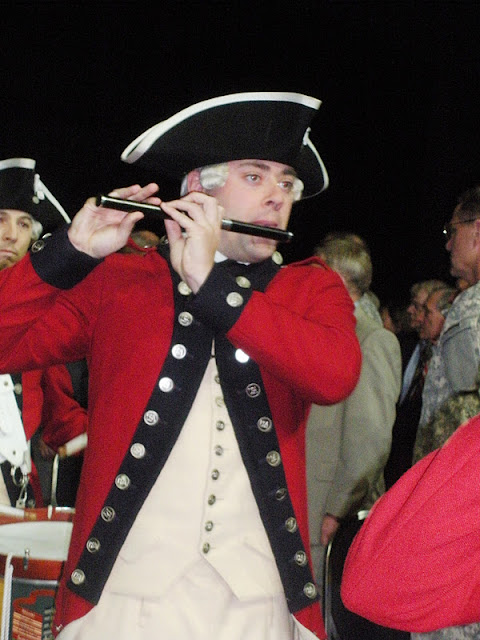 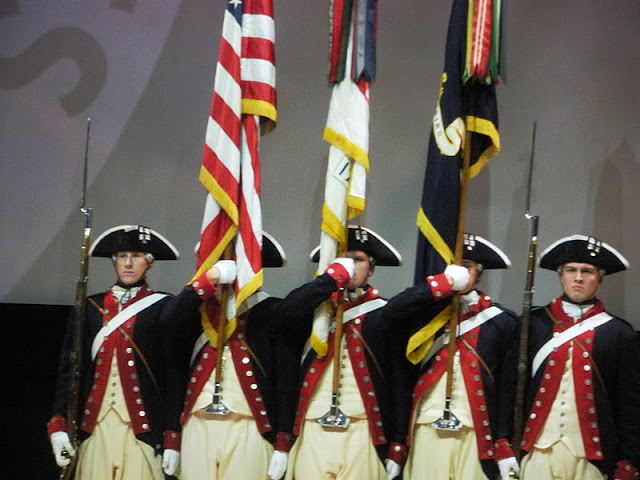 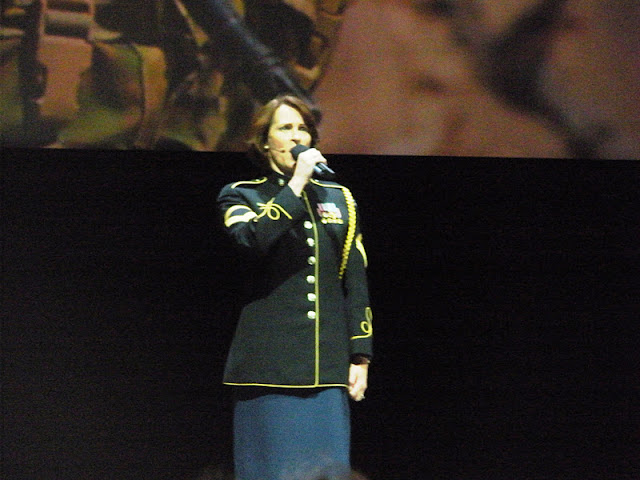 Then, a stage show taking the audience through the history of the U.S. Army.
Reminding everyone about 9/11 and the war we're fighting today, then going back to George Washington and traveling back to present day. 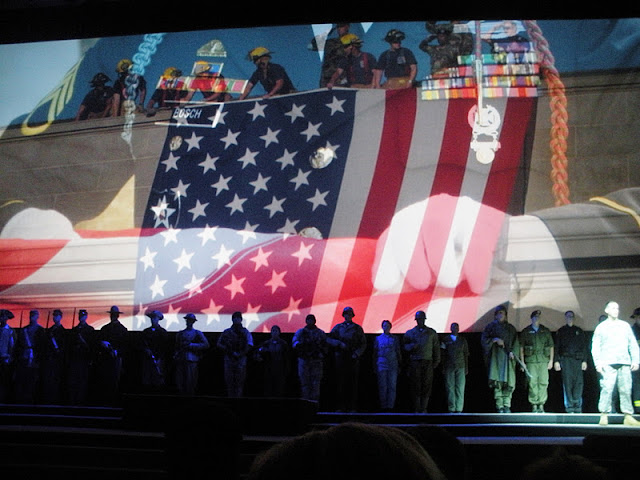 With images on the big screen behind the stage, soldiers were in period and current day dress telling the story through song and script. 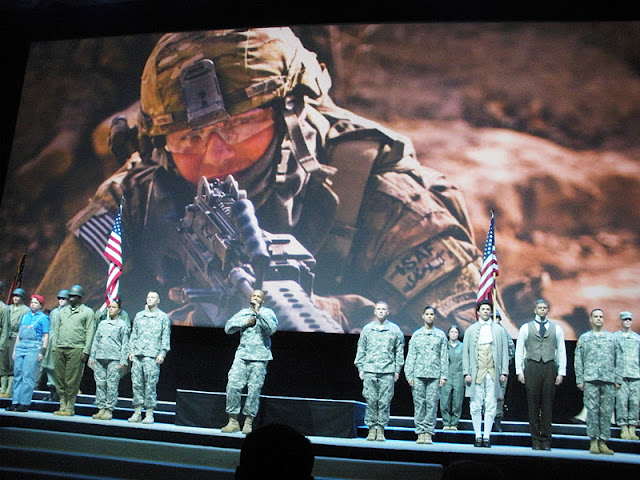 It may sound pretty cheesy but let me tell you, it was pretty moving.
I feel so proud to have men and women who volunteer to protect our freedom. 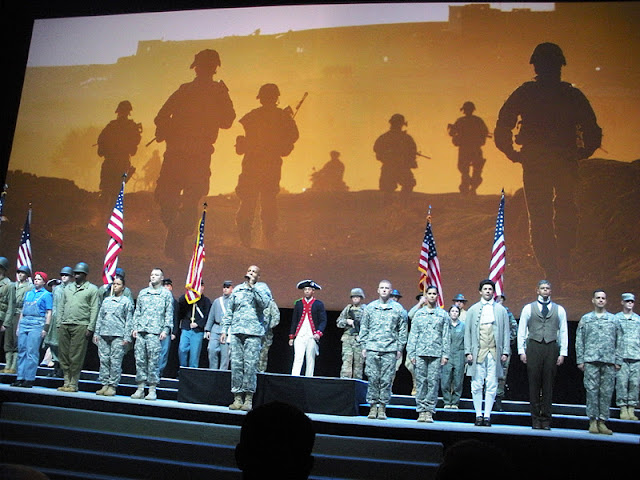 After the show, the awards ceremony began.
My Dad was among 5 people honored for their volunteer service to the U.S. Army troops and their families.
Pretty amazing honor. 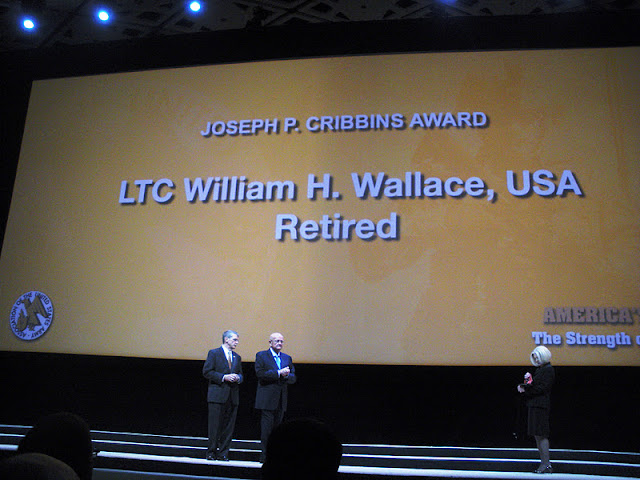 After 4-decades of Active and Reserve service, my Dad as a Retiree, still devotes much of his life to the Army and its soldiers and families. 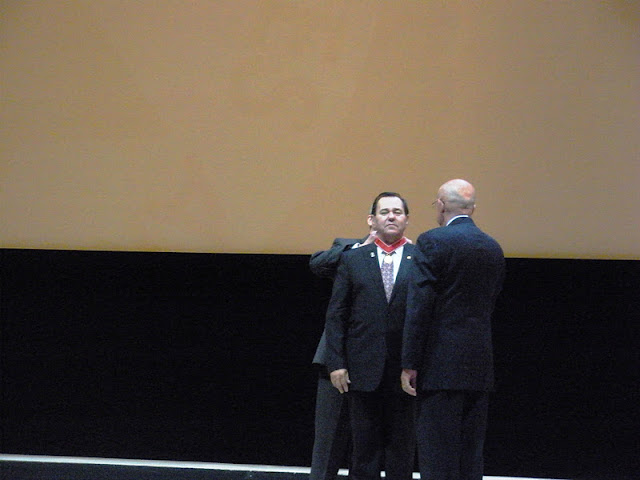 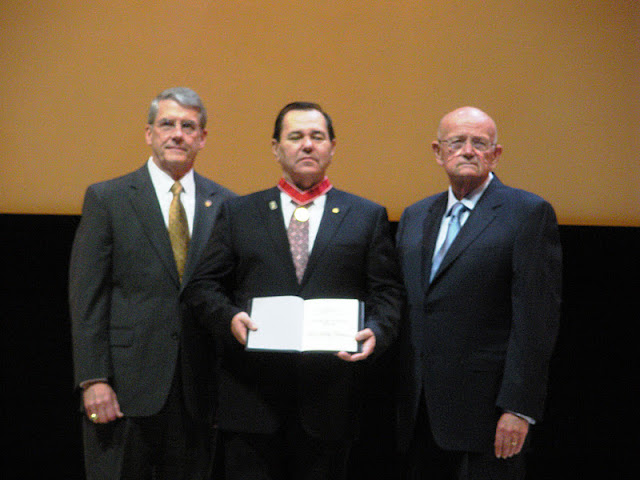 Sorry, for the sideways picture. 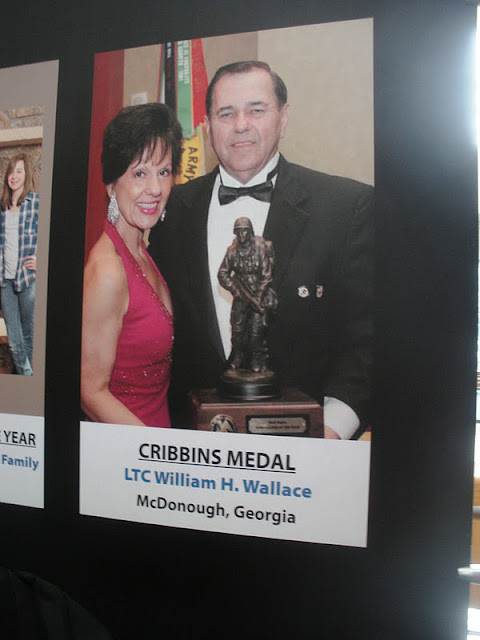 Amazing day and we are all so proud! 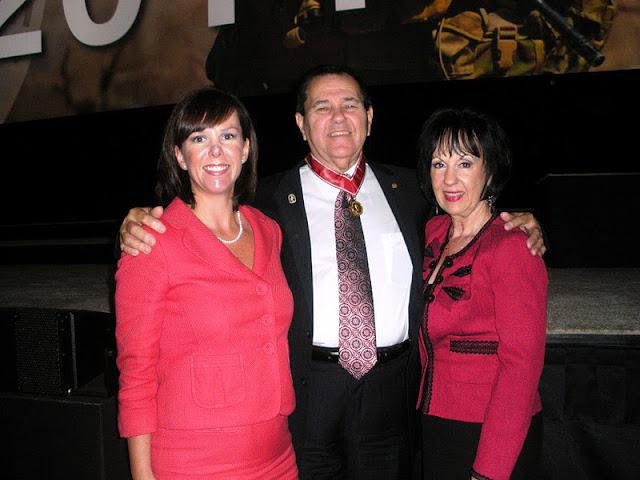 Just know that we can all support our soldiers and their families.
I heard a news report last night where Michelle Obama was urging Americans to find out who the local military families are in their neighborhood and reach out.
They sacrifice so much and you can help.
Click here for more information.
Posted by Dee Stephens at Wednesday, October 12, 2011

The ceremony looked really special! Congrats to your dad! You look sas in your suit, too!

Awesome-Congrats to your Dad! Thank you to him and everyone else who has and continues to support our military! So glad your brother is ok!

That is pretty damn cool! Congrats to your dad. What an amazing ceremony!

That's so awesome! What an HONOR for your dad and for all of you!

Congrats to your Dad and so glad your brother is okay. Super scary!

Amazing. Just brought tears to my eyes. Congrats to your dad!

Wow. You made me tear up! I totally agree with your thoughts on the miliary and those who serve. It's such an amazing sacrifice and commitment.

Congratulations to your dad! What an honor.