Game Day came early since the game had a 3:30pm kickoff.
We headed out to campus and set up our tailgate. 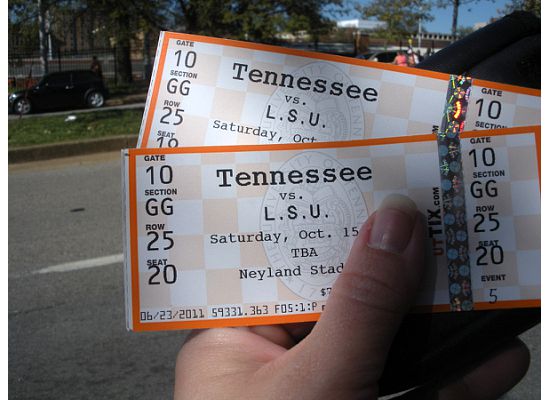 We tailgated on frat alley since Brad's cousins are only 3-years out of school there at UT.
One of his cousin's boyfriends was president of ATO a few years back so we tailgated near their house. 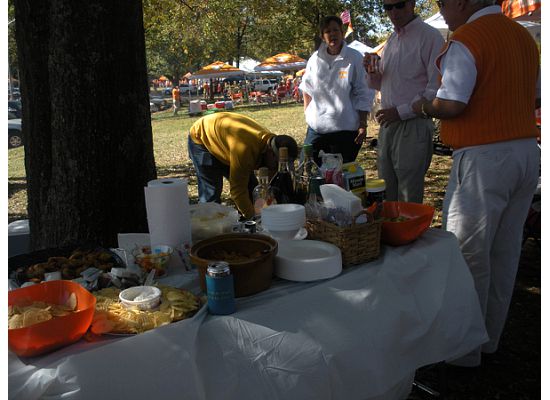 LSU Purple and Gold in the sea of Orange!
Representing! 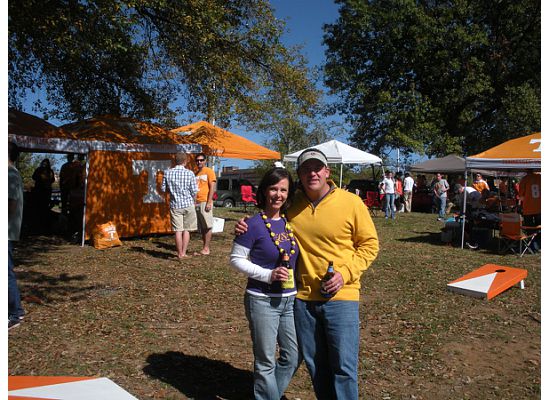 Even the dogs were decked out for game day!
I was glad to see other LSU fans tailgating near us. 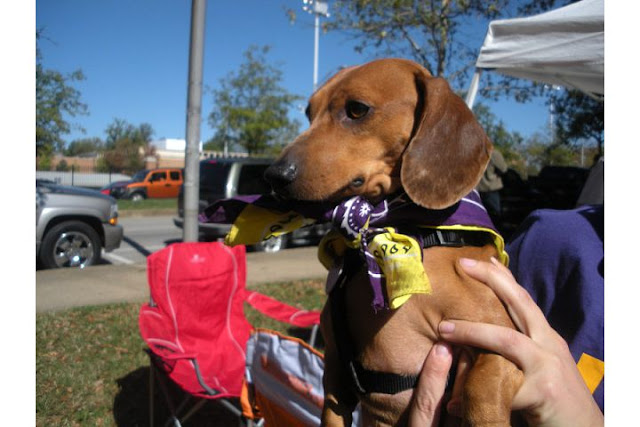 Tailgating near the frat houses brought back some memories.
At the Sigma Chi house they had pledges saving parking spots for actives. 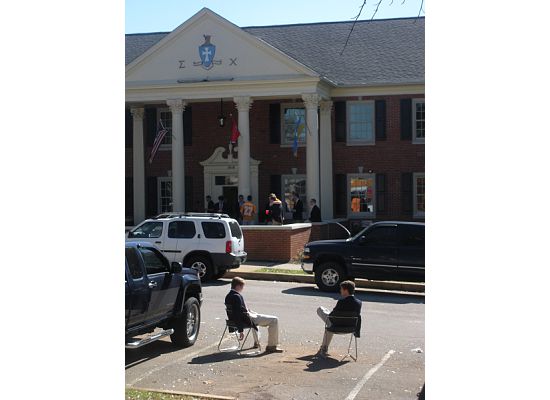 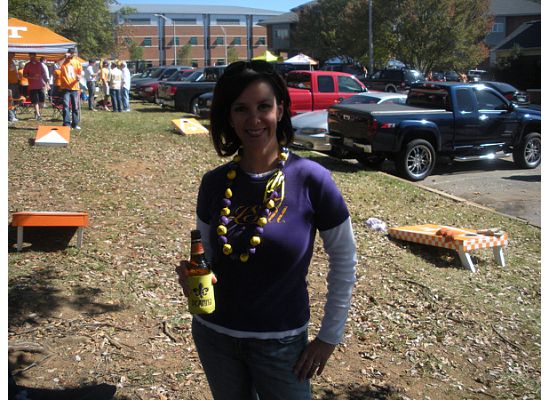 Thanks to cousins Mike and Kathy who brought most of the tailgate gear! 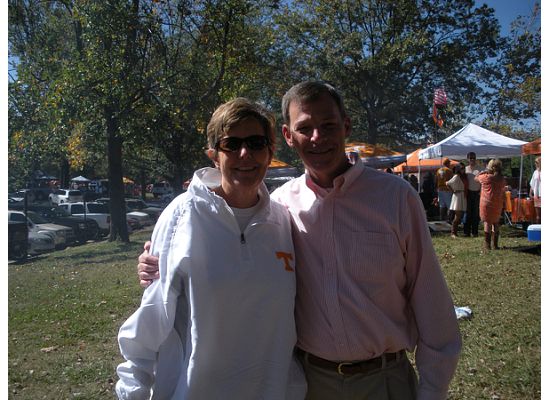 Thanks to cousin Billy for hosting us the entire weekend!
We had a blast! 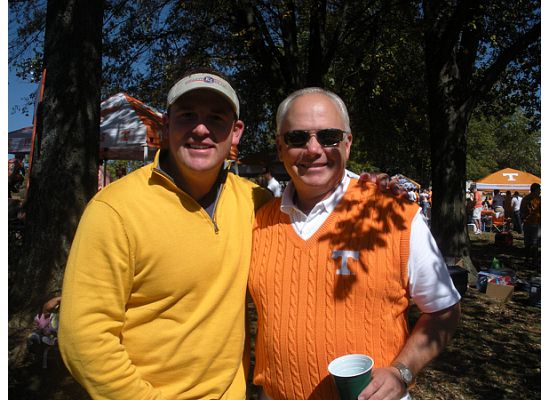 Fall football season complete with a good tailgate is my favorite time of the year! 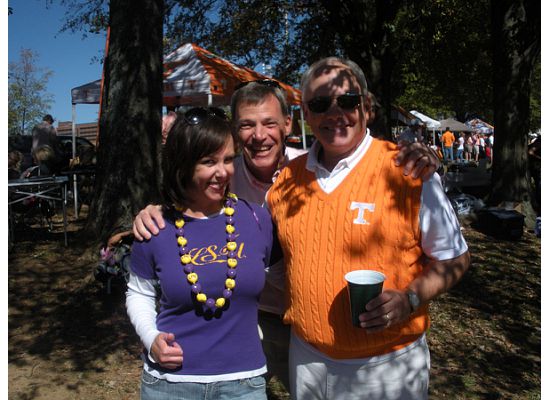 You wouldn't be in the South without FireFly vodka at your tailgate. 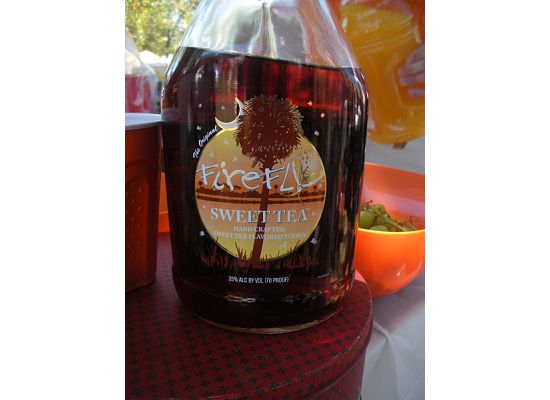 Cousin Katie and her boyfriend who graduated from UT just 3-years ago. 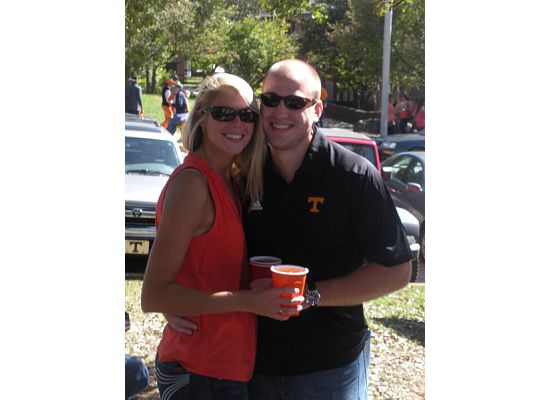 One of the best parts of the day was when one of my life-long friends came and visited us!
Ty and I went to grammar school in Baton Rouge together and LSU.
He travels to several of the away games each year.
So great to see him and catch up! 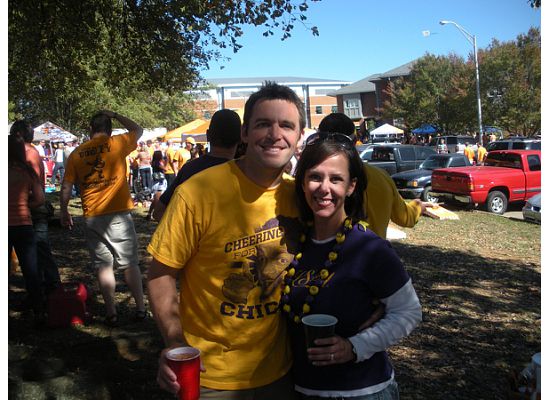 Brad in front of the ATO house.
These guys like to get their party on!
This is where we used the bathroom and when we first got there some freshman girl and puked all over the bathroom.
Talk about really bring back some memories! Then we made our way to Neyland Stadium for the big game! 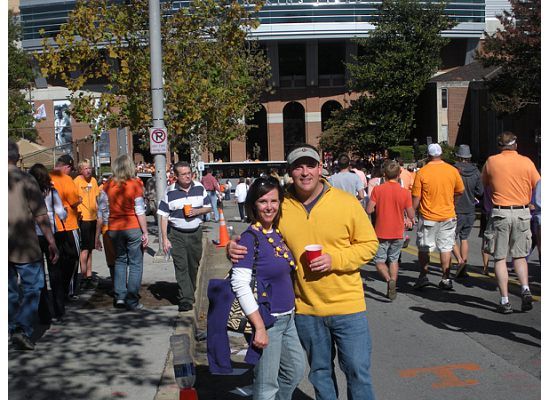 Brad has nicknamed the stadium the 'House of Snooze'.
He couldn't believe how quiet a stadium that seats 102,000 fans could be.
He was right.
Even our LSU section was more enthusiastic than their fans. 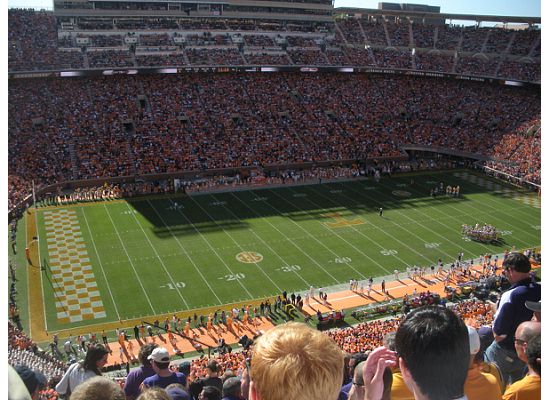 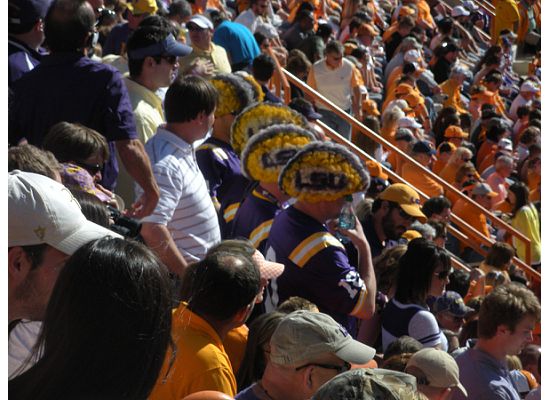 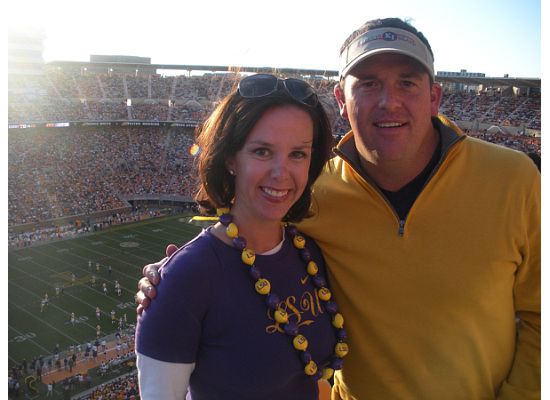 What a good weekend!! Makes me sad I haven't been to one football or tailgate yet this season!

I love that picture of Brad outside the frat house!!! I have noticed how much louder other, smaller places are...but when you're getting taken to school the way we were, there's not much over which to make noise, I guess.

I need to make it to a southern football game. I can imagine there is nothing like it! Maryland football sucked.

Next year I'm coming to visit during football season. That doxie is darling! What did Buddy wear?

I went to that stadium one time to see them play USC. It was pretty fun. We tailgated on frat row too and it definitely brought back memories ha! The last one is a really good picture of the two of you!

Oh, how I miss my Tiger games.

Love that little dachshund! College football is the bestest!

Gorgeous fall football weather too! F-U-N! I wonder if your boyfriend ever gets tired of having his photo taken??? Ha-ha!

LOVE how brad called it 'house of snooze'.....funny hubby!

I'm so confused by the fact that their stadium was quiet???? WTH?!?! Love Brad's term. Hilarious.

There is NOTHING like going to a college football game and tailgating! Everyone should do it AT LEAST once in their lifetime!