As I mentioned a few posts ago, I traveled to Dallas last week for work.
It's by far, the longest trip for work that I've taken since having Shelby.

I wasn't nervous at all about leaving her, because Brad is great with her. and she loves her Daddy.
I did want to make it easy on him though.
Giving it was Easter week, and different scheduled events at her school, I made sure to lay out all her outfits for each day, complete with a label which shoes, which day, etc. 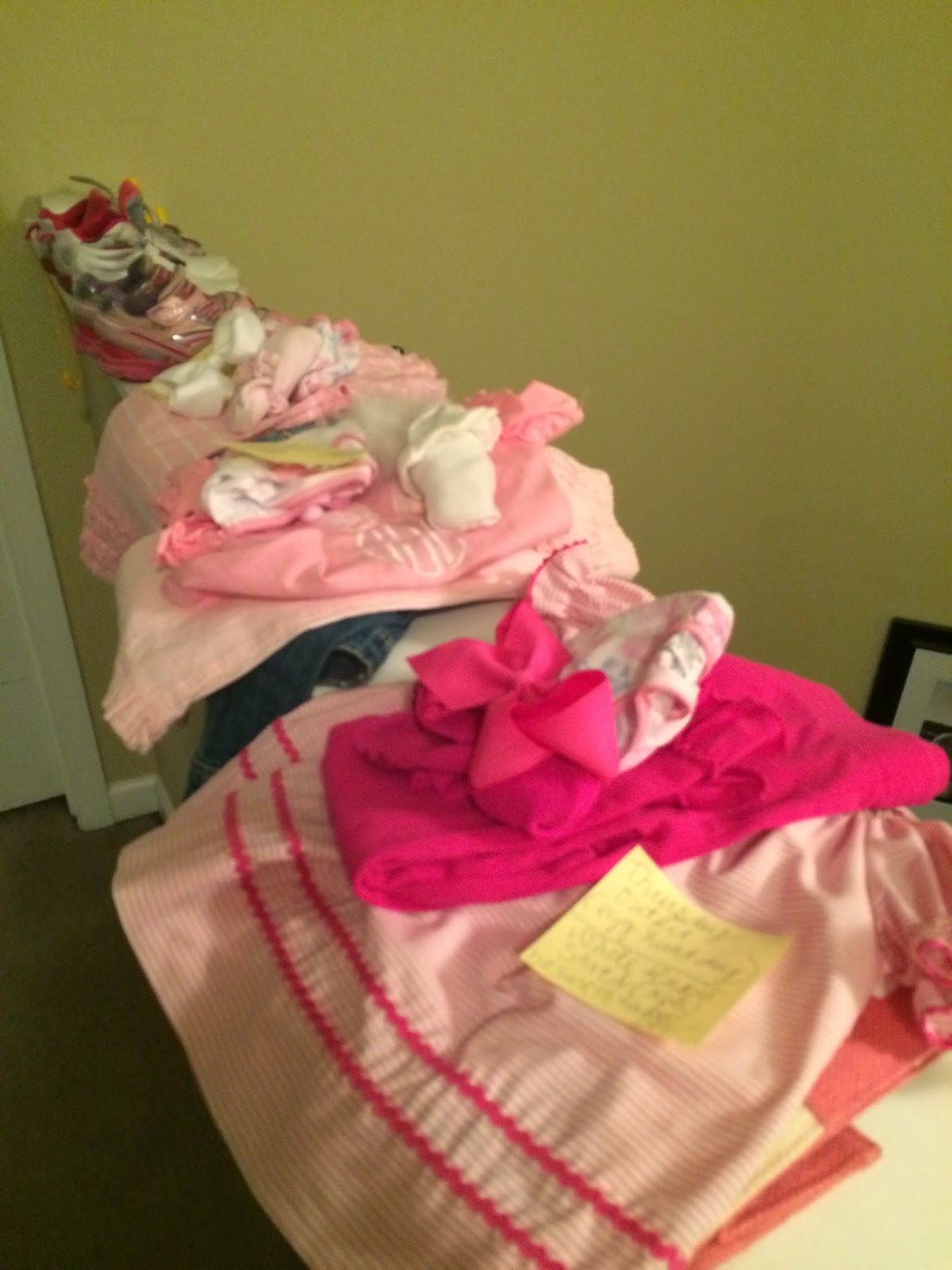 I also cooked one meal in advance and had one in the crockpot the day I left.
I think that was appreciated.
This was me the morning I left.
As you can tell, Shelby doesn't seem bothered at all.
One thing we did do, was have my in-laws take Buddy for the week.
Just one less task for Brad.

Overall, he did AMAZING! 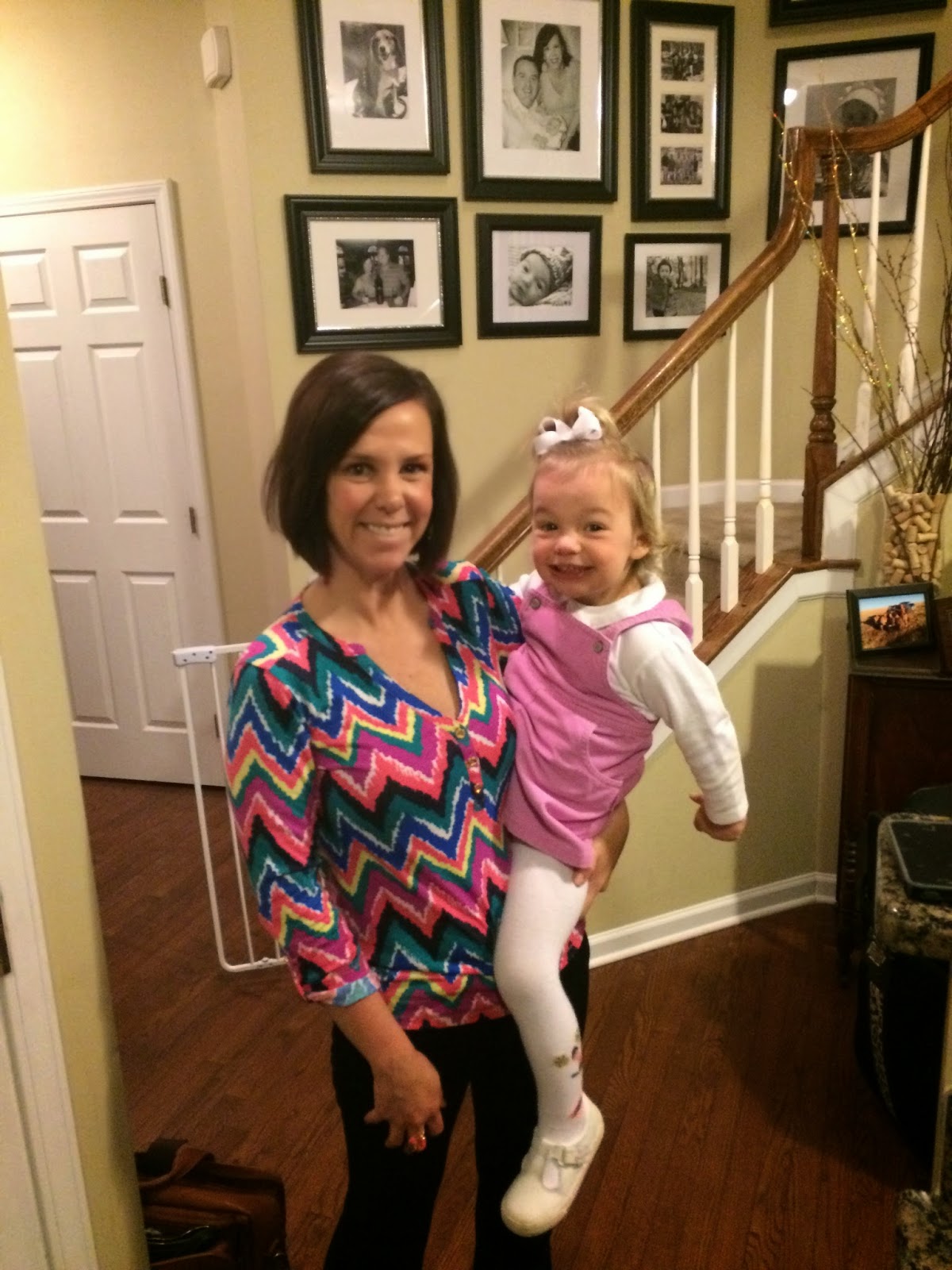 The first few days in Dallas were more set up for the meeting we were there to tape so we were able to get out a little bit.
One of my oldest friends lives in Dallas and she just recently announced she was pregnant, so I set up something to see her.
She and her boyfriend own a bar in Uptown Dallas so me and my co-worker met them there and boy did they really treat us like royalty! 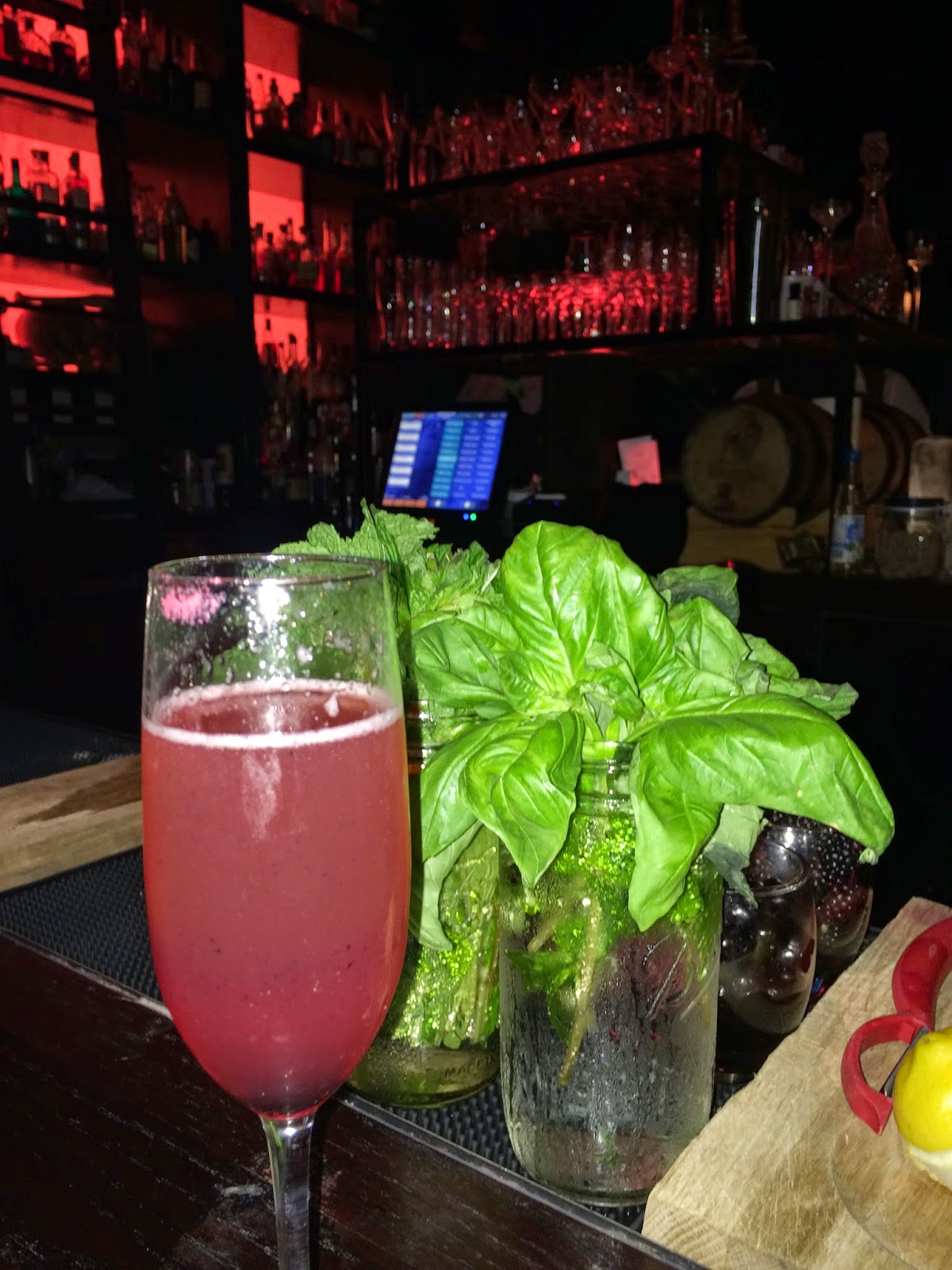 The place is called Parliment and they are known for their mixed cocktails. 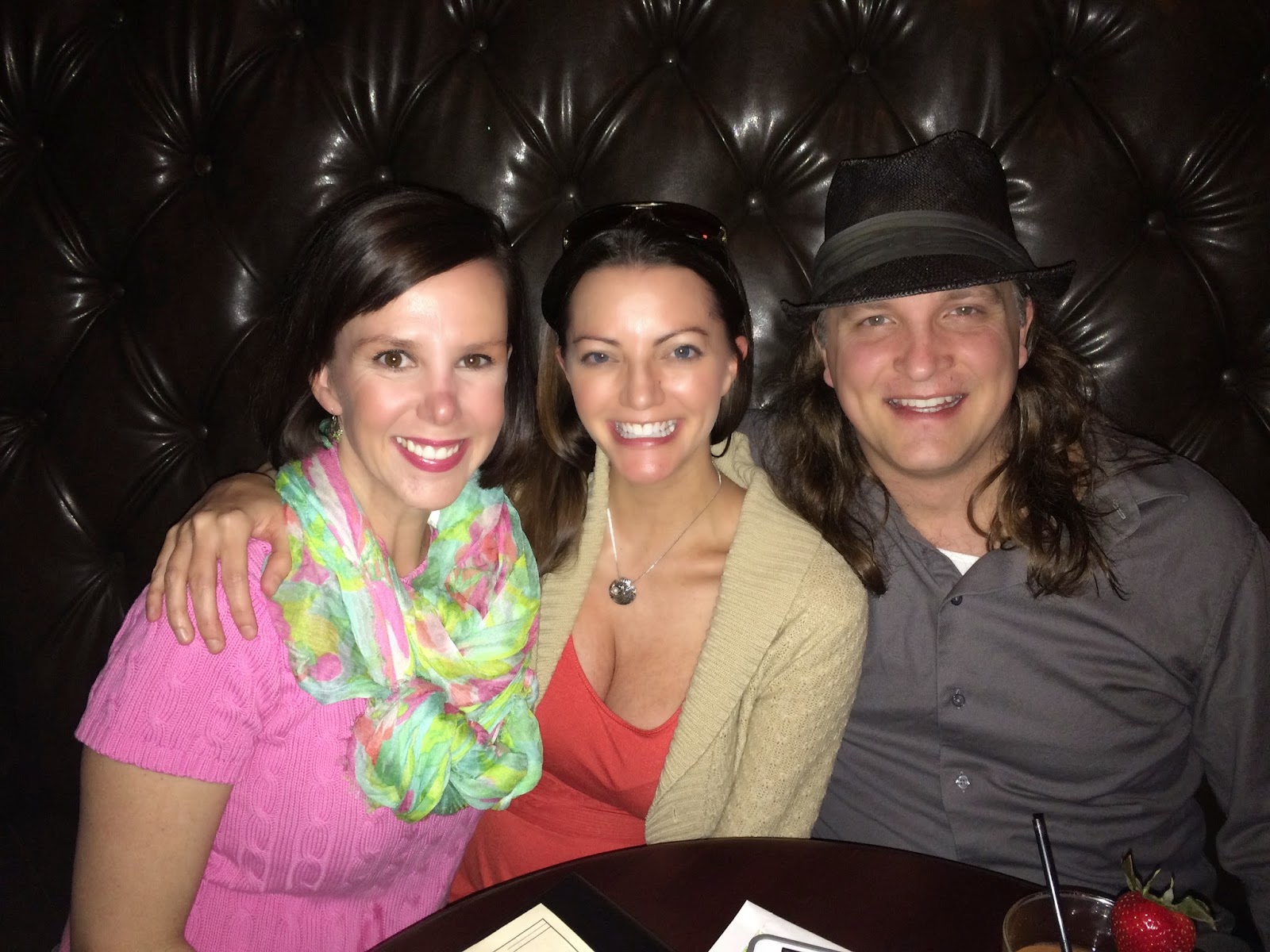 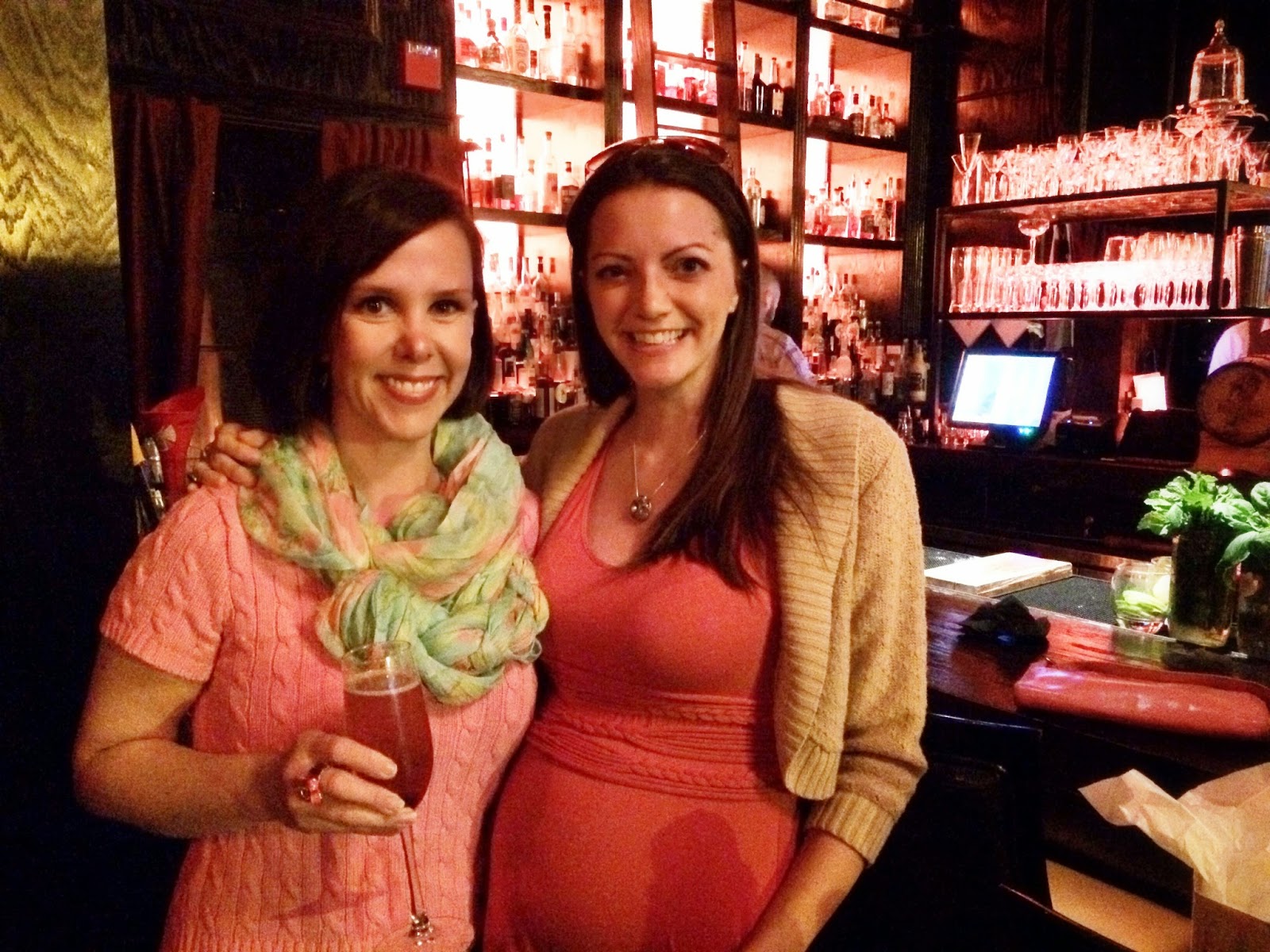 So great to see Kara.
She's expecting a little boy in September. 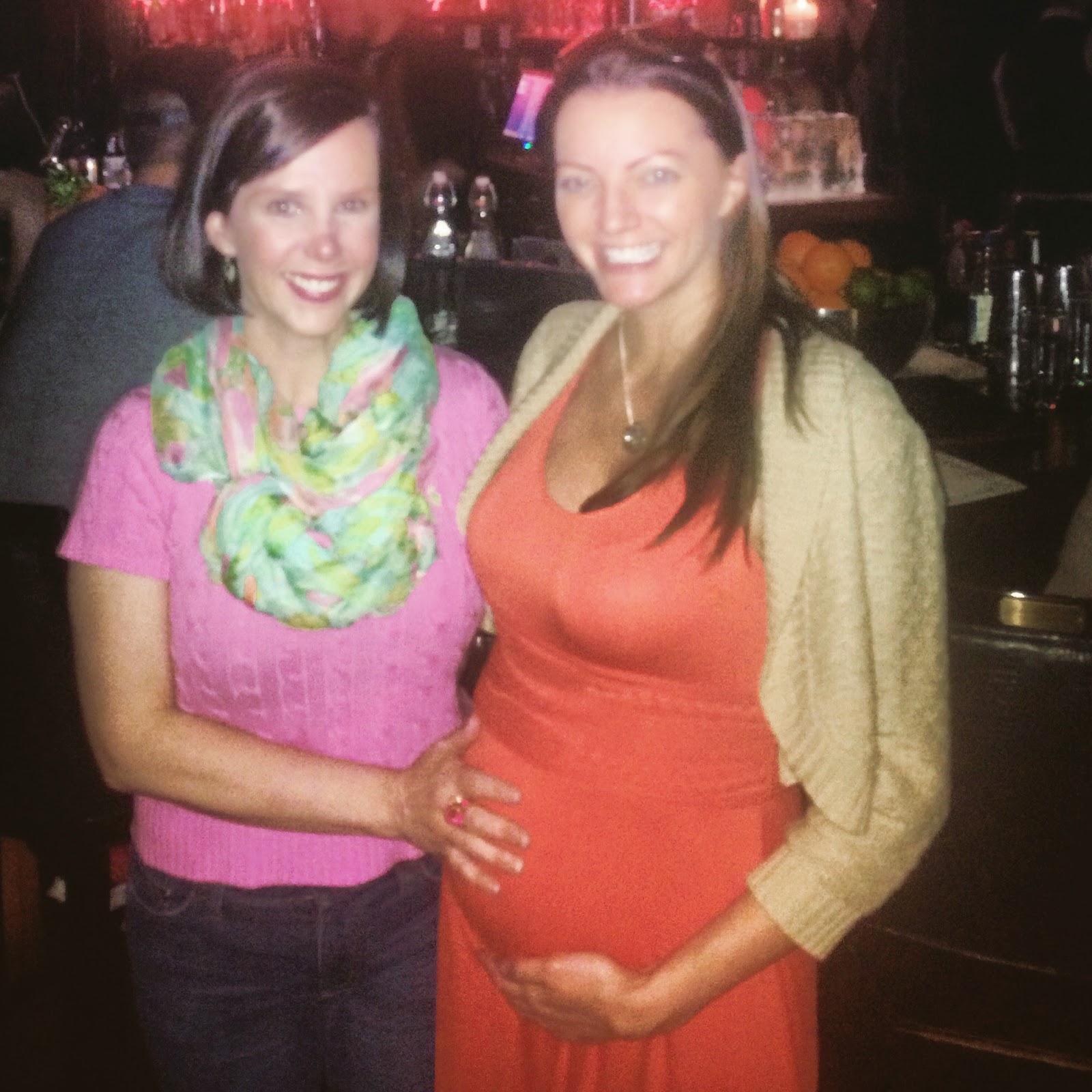 One of the other main things I wanted to do while in Dallas was see the Bush Library.
WOW!
So awesome and didn't disappoint.
It's located on the campus of SMU. 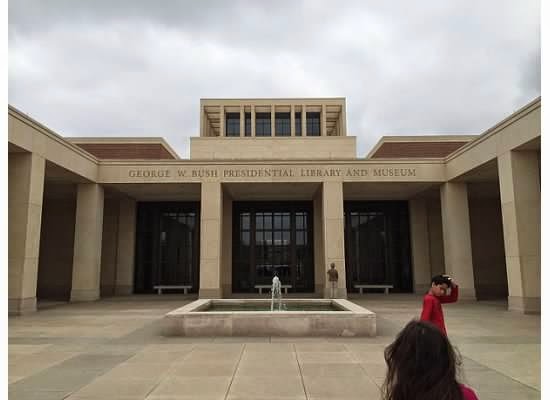 Takes you through George W's life.
Love how he and Laura are so open about their struggle to have children.
Those twins were truly wanted. 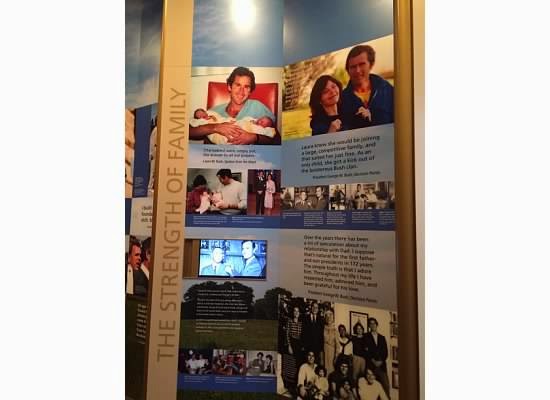 One of the first exhibits is about the Recount of 2000.
If you don't remember that, you might have been living under a rock. 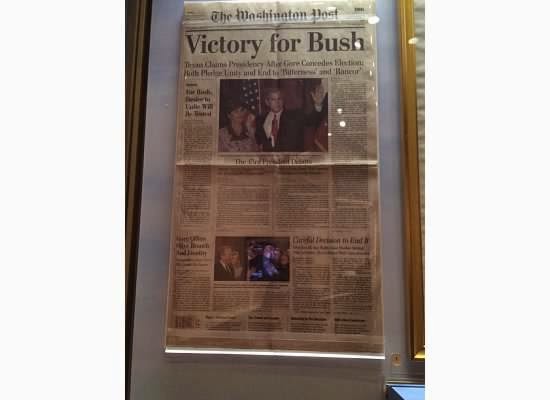 They also had the only remaining 'hanging chad' in existence, and all sorts of stuff from the Florida recount. 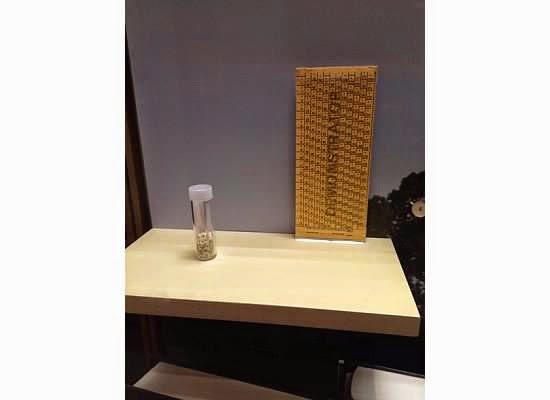 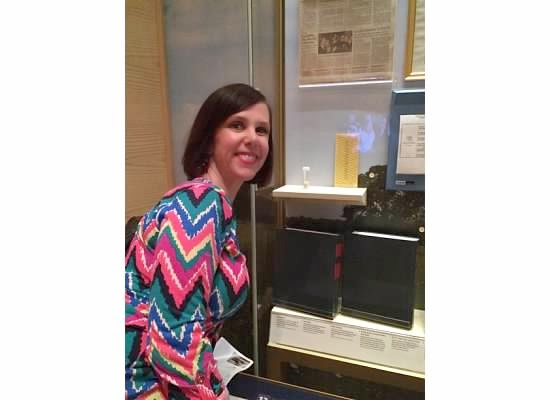 The museum was well done and they thought of everything. 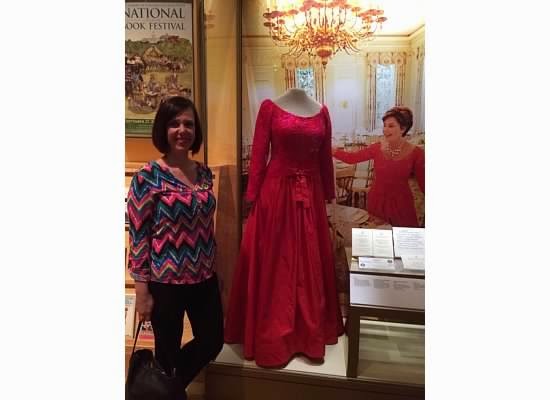 And, of course, there was a huge exhibit on 9/11 and even a piece of the World Trade Center. 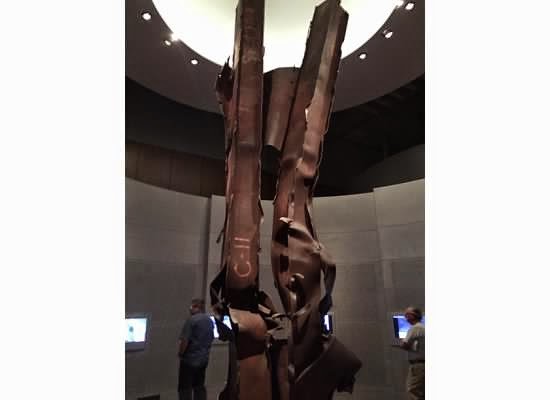 It was fascinating to look back but also very emotional.
What a challenging time in our country. 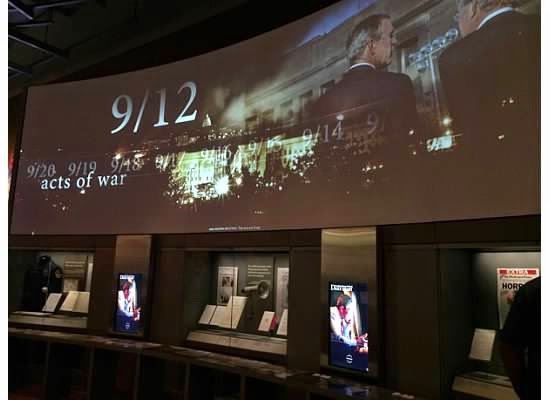 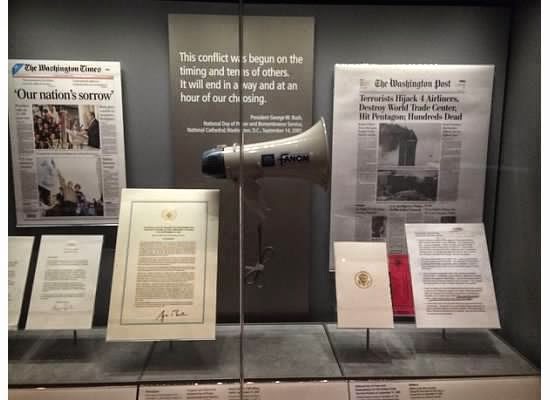 There was a replica of the Oval Office where visitors could actually have their picture taken. 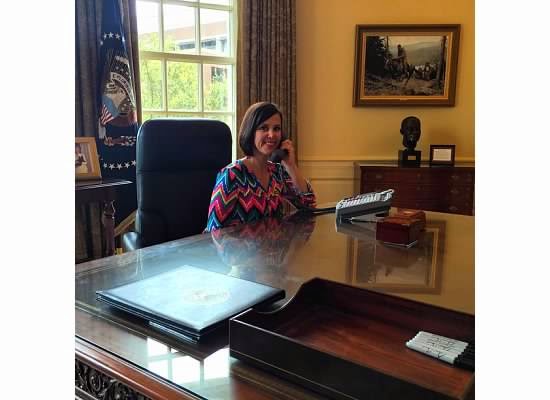 One of the highlights was an interactive exhibit that lets visitors be the decision maker on big events that took place during his presidency.
You then compare your decision next to the one George W. made. 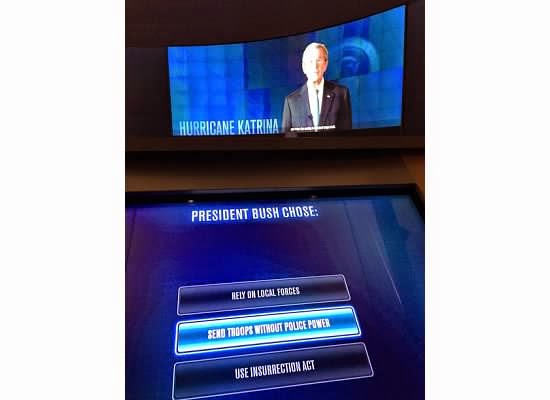 From there the fun really stopped and it was all about work.
But I actually love my work, so it wasn't so bad. 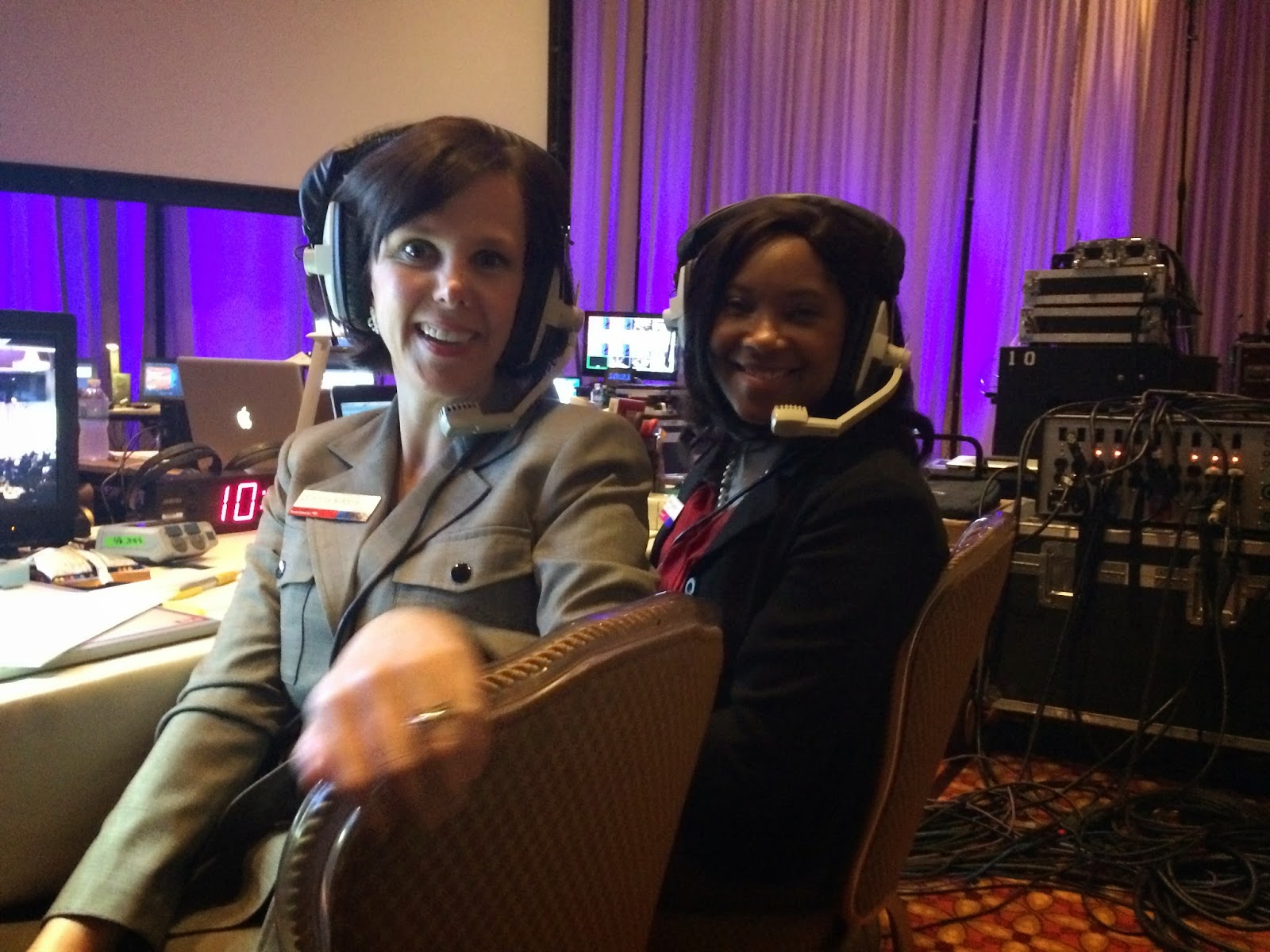 We were there to basically tape 2 days of meetings.
Good stuff! 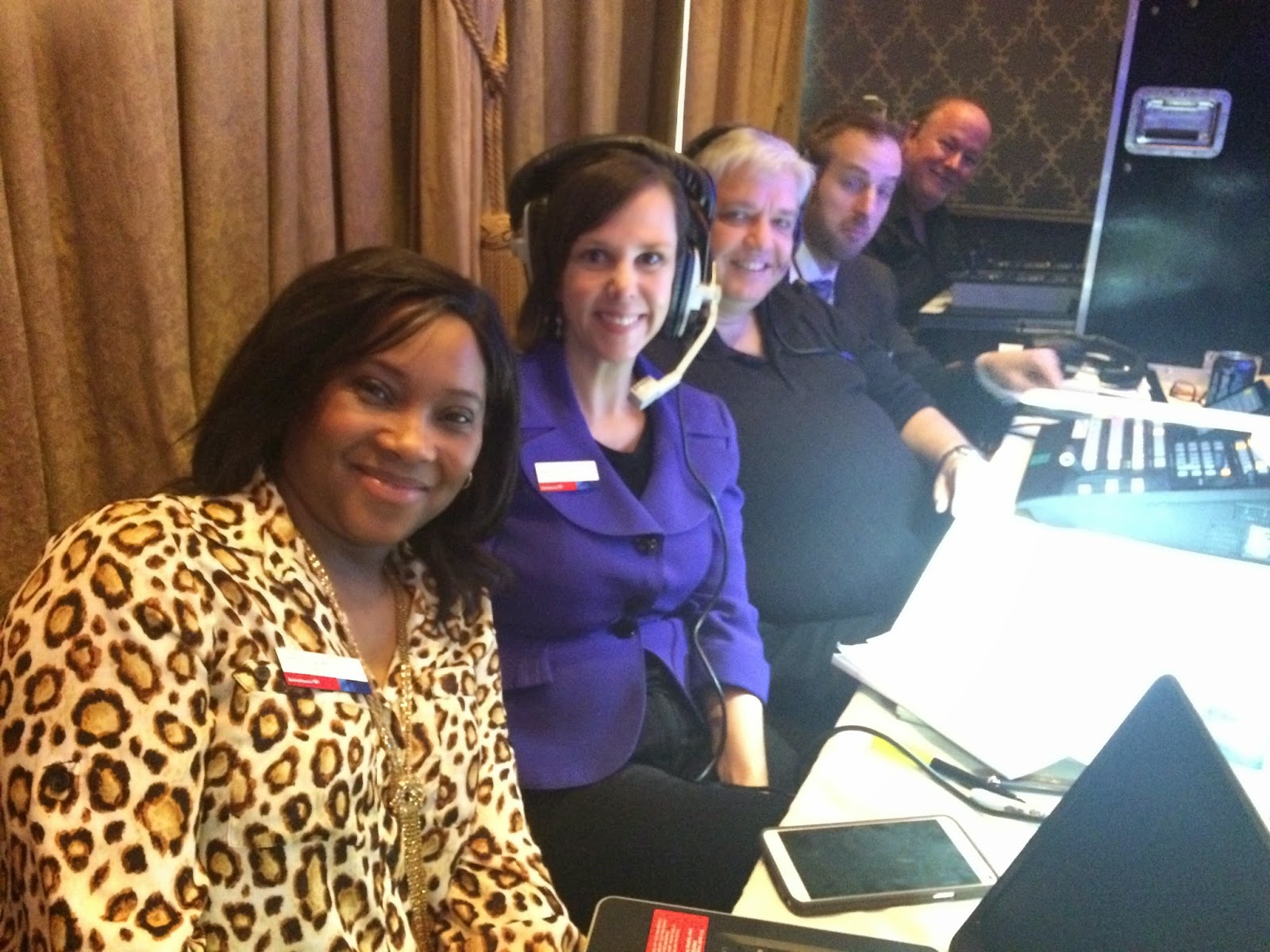 As you know, after that, I came home and the whirlwind that was Easter started!

That museum looks awesome! Looks like you had a good work trip.