I'm tired...
Not sure exactly why but I think it simply has something to do with a growing baby inside of my tummy.
I've spent a good part of this Sunday snoozing.
============
Our weekend was low-key.
It started with a big storm here in Charlotte Friday night that even caused part of SouthPark Mall here in town to collapse.
I'm just read that it won't fully reopen until Tuesday.

We were originally going to do restaurant week with some friends, but after hearing the reservation was set for 9:30pm we opted out.
Instead, we dined at Harper's and enjoy their 3 for $20 menu.
Not a bad deal!
I ended my meal with a brownie Ala mode. It's always been one of my favorites. 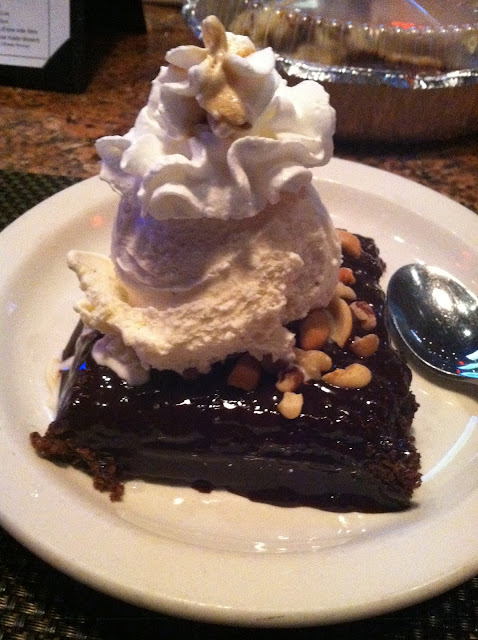 But....
A couple of hours later I was it TERRIBLE pain.
Pain right under my right rib bones.
I experienced this a couple of other times this week, but not this bad.
When I mentioned it to the doctor earlier in the week he said that if it correlates to when I eat it could be my gallbladder.
I guess, it's common for pregnant women to get gallstones because of the increased level of estrogen?

Anyway, we called the doctor Friday night and instead of going to the ER they told me to eat low fat and bland foods for the rest of the weekend and to come in on Monday.
So, low fat it is and there's been no pain.
I started thinking about it, and the two other times I had experienced that pain is when we had gone out to eat and I ordered dessert.
Most of the time, we do eat healthy and low fat so maybe that's why I haven't noticed it otherwise?
I guess we'll see what they say tomorrow.
Stay tuned..

As for Saturday, we decided to head to the lake.
The weather looked yucky but we decided to invite our neighbors LuLu, from Looks Like LuLu, and her husband Keith and take a chance.
It actually turned out to be a nice day! 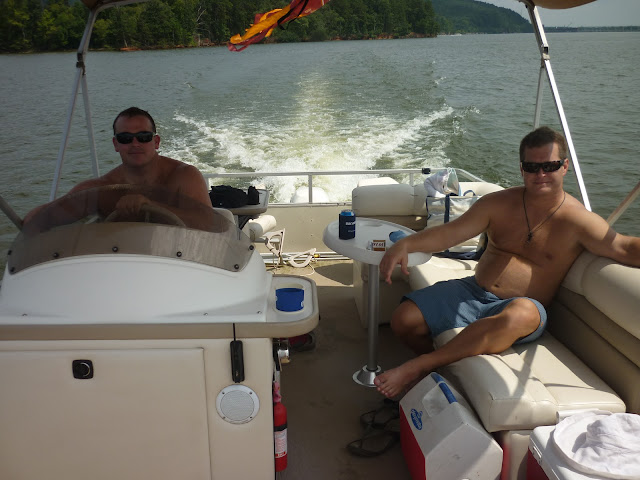 Nothing too wild and crazy just a low-key day of boat riding and catching some rays. 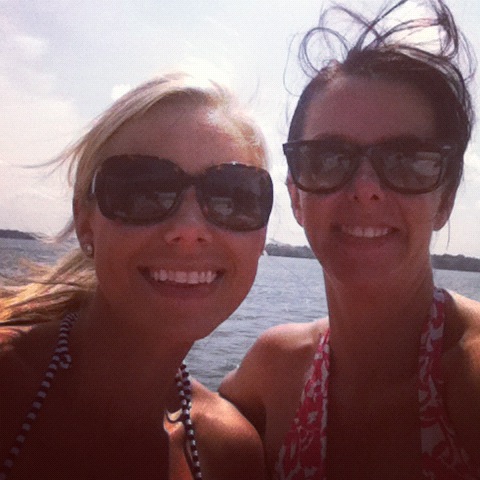 That evening the rain started in again but nothing major.
The boys cooked dinner and LuLu set up a little tablescape for us. 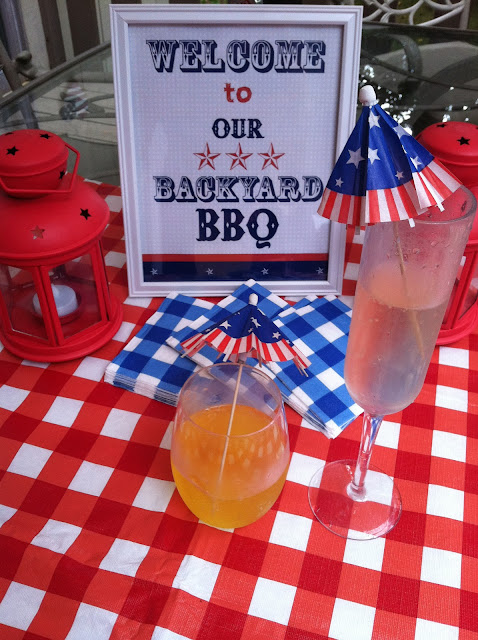 They feasted on ribs while I stayed with a low-fat menu and dined on grilled chicken. 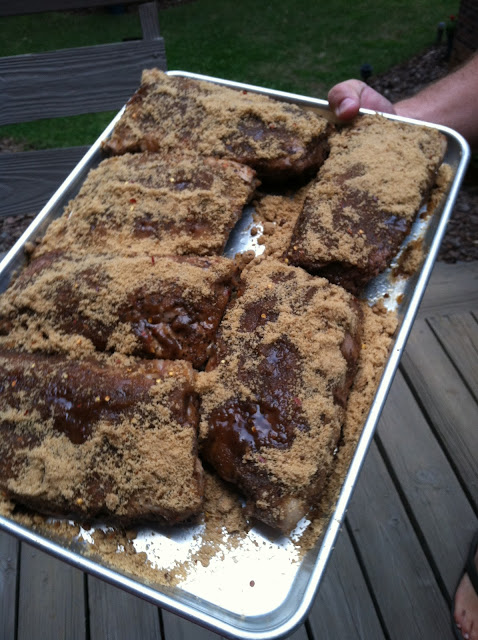 We sat around talking and chilling out.
And, our dogs did the same.
(Well, not talking but searching for crumbs)
I tried to get a picture of the two of them together but it didn't quite work out! 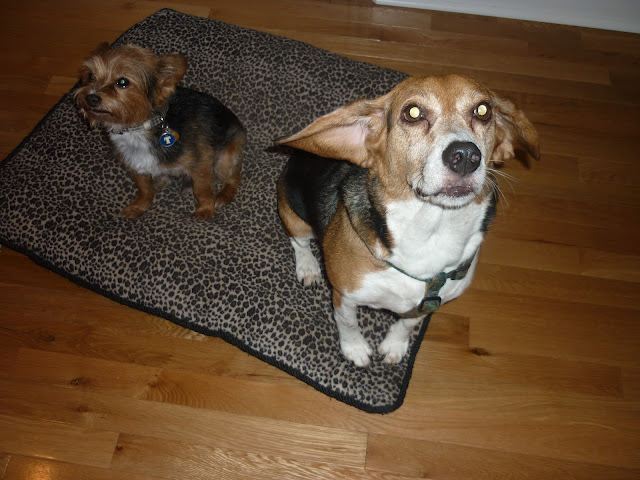 They were looking up for treats which is why they look so strange.
HA!!
Well, I'll sign off for tonight to enjoy a little TV time.
I think I'm the only one on the planet who isn't going to watch the finale of the Bachelorette.
Sorry, I just can't get into it. The guys are just DUMB!!
CIAO for now!!

I'm with you on that show, the men are very dumb!

That brownie sundae looks amazing but not worth the pain!

I'm not watching it either. I hope you are feeling better now. Looks like you had a picture perfect weekend other than the pain.

Sounds like a great weekend! But that is crazy about the gall bladder! The things I learn from blog land :)
I always get sucked into the bachelor/bachelorette. But I've actually really enjoyed this season, ha ha!

I totally took a 2 hour nap today :) It felt amazing!

I get pains too after I eat too much. I got them with Liam too. Exact same spot. Almost always at night after eating all day.
Just not enough room for baby and a full tummy. Doesn't bother me when I eat smaller portions or if I eat an early dinner.

If you want some cute swedish decor inspiration...check out my new post:)

Have a great week.

So glad you are feeling better now! And your day on the lake sounded very relaxing! Glad you and your friends had such a good time :)

Looks like you had a blast at the lake, it's nice when the weather will cooperate a bit.

Wish we could have made it. It looked like fun.

Oh, let us know how you made out! I hope you are ok. And for the bachelorette..i think i have seen that show ONCe and I could not handle it. I dont know how i can hate that show so much but i can watch RH shows fOREVER! lol.

My Gall Bladder gave out after two years of waking up twice each night! It takes a full night sleep to keep the GB healthy. Good thing you skipped the ER. They get to you just as the pain starts to subside and $5000 later you realize you could have suffered at home in more comfort to find out they can't do anything!

Sorry you've been having gallbladder issues. Thats no fun! Hope it gets better!

Hey I think that's pretty good getting two dogs to look somewhat the same direction for a picture! and I really hope you do feel better! It's a bummer it's tied to desserts! yikes! But I am glad you have hopefully figured out what is triggering it and can avoid it! and yes, the baby definitely makes one's body tired! ah! But sleeping all day Sunday sounds amazing, and at least you have an excuse!