In case you're new here, I spent a majority of my life living in South Louisiana.
Baton Rouge to be exact.
But, I moved on in 1998 and never moved back, all while my brother and his family stayed.
For the past few years he's lived on the Tickfaw River in Springfield, you might recall we spent Thanksgiving there this last year.
It's cute, fun, and LOADED with wildlife.
How many of you have watched Swamp People?
Well, Troy Landry doesn't live too far-off from Springfield.
Anyway, on to today's post.
My brother called Sunday night and said he had an altercation with a gator that was hanging out on their boat dock.
He was pretty excited about the pictures he caught of it all, but not about the gator being so close to their house!
Here the gator is swimming by the dock! 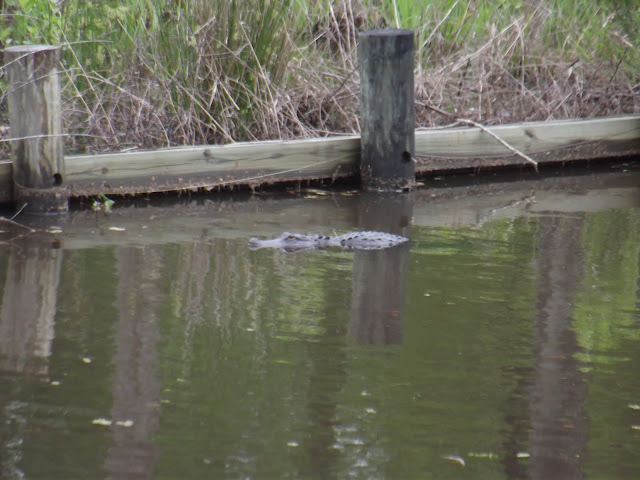 Making his way out of the water. 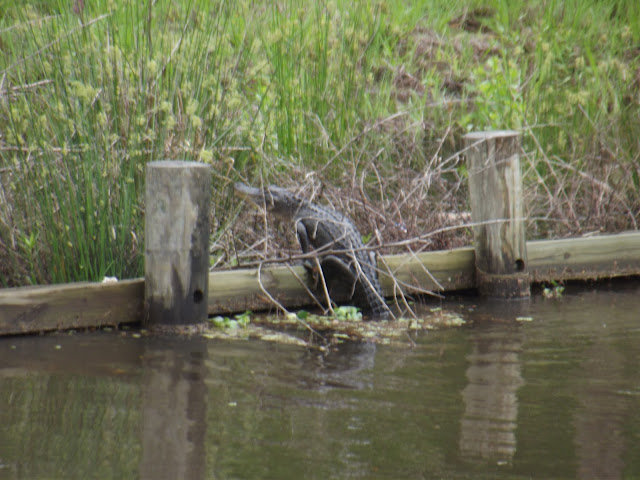 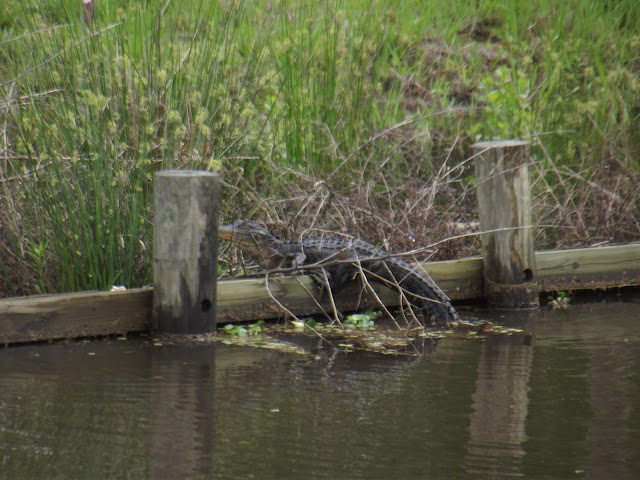 My brother said he was HUGE!! Like twice the size of me in height even though the photo doesn't look that way.
He and his neighbor threw rocks at him to try and get him to leave along with other tactics. 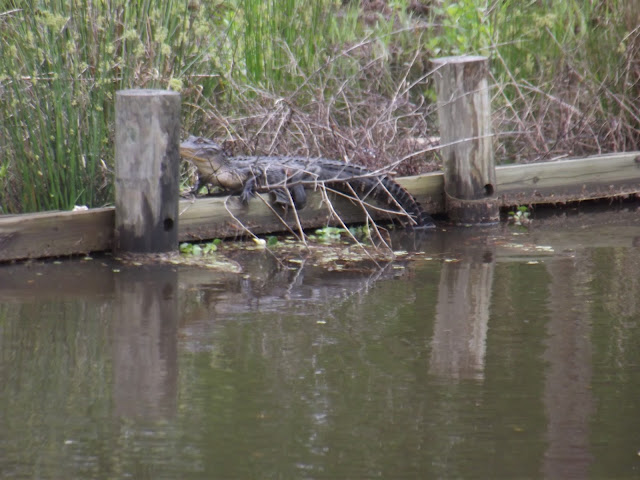 And, from there I'll let your imagination run wild as to what happened!
Not cool having gators hanging around your boat dock when you have children, dogs and cats!
I guess that's life living on the Bayou!﻿
Posted by Dee Stephens at Wednesday, March 28, 2012

Such a cool sighting!

My hubby would have been freaking out lol!

woooahhh, he is a big boy! Great pics!

Wow, that is scary. Really scary.

Same with my parents house in HHI! They've had a gator in the pond in their backyard since November. Scary stuff!

Oh my goodness....I would have been scared to death. I'll have to show this post to my husband. I know he'd move back to Louisiana in a split second, but after seeing these photos, I'm fine where I am. :)

Have I told you this story? That I was water skiing in South Louisiana as a kid and got chase by a gator? True story.

Reminds me of Florida! I used to have to jump over them on the side walk when I would go jogging. I obviously love Gators, but don't like swimming with them!

Great pictures!! But I would definitely be nervous if it was my house! But TX has its fair share of critters as well.

Yikes! No thank you. At first I was going to say he was cute, but that size sounds offensive.