Last night I called my niece to chat and she told me that the movie GREASE One was on CMT.
I immediately switched the channel!
GREASE One was my all-time favorite movie growing up.
So much that I watched it at least 2x's a week and I had the 8-track, tape and record.
I use to play it over and over and over again.
I would dance and sing all over our house.
It would DRIVE MY BROTHER CRAZY!
He would comment, 'Oh, great..not that album again.'
and...
'Stop dancing!'
HA!
My cousins and I use to act out scenes from the movie all the time too putting on our poodle skirts and singing and dancing.
So, last night while watching I sent my brother a couple of pictures and wrote.
"Hey! My favorite childhood movie is on! OHH Sandy!" 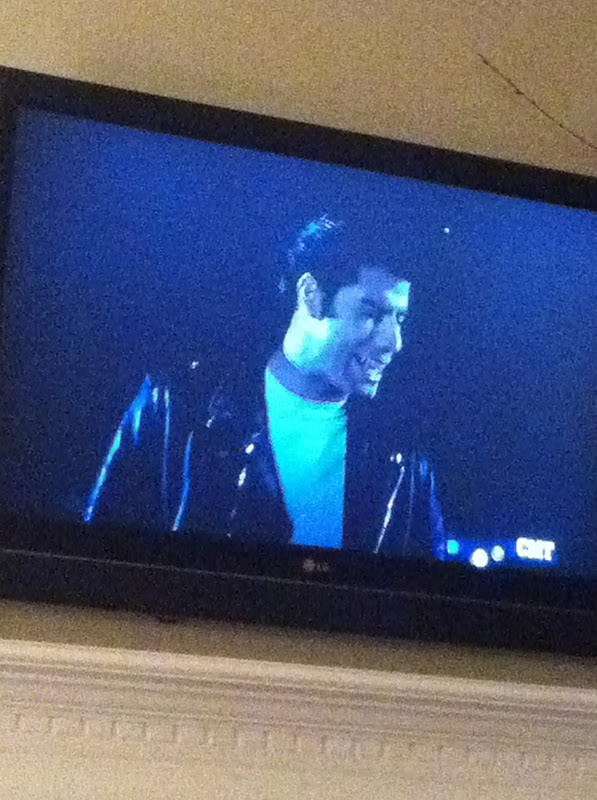 Danny on the swing..
Gotta love it.
Brad, of course, has never seen the movie in its entirety.
I, of course, know every song which got us on the topic of movie soundtracks. 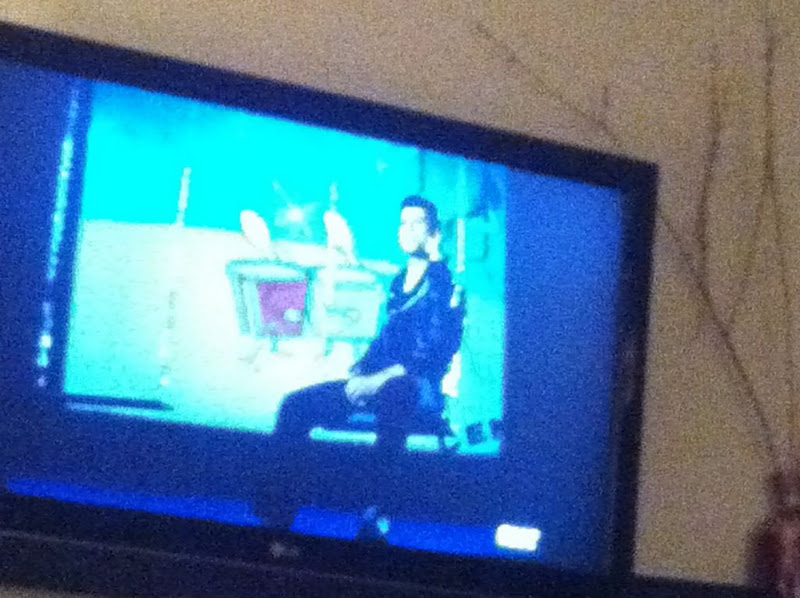 He figured GREASE was probably one of the top grossing ones of all time.
It's totally my all-time favorite but I remembered reading recently that The Bodyguard soundtrack was actually the top selling ever. 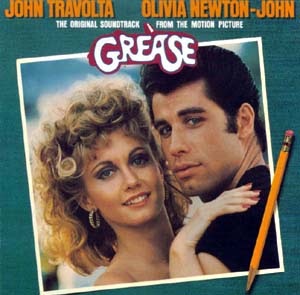 And, sure enough it is.
The Amazon list of the top selling soundtracks:
#1. Bodyguard
#2. Saturday Night Fever
#3. Purple Rain(the movie sucked!)
#4. Dirty Dancing(another favorite of mine)
#5. Titanic
#6. Lion King
#7. Footloose
#8. Top Gun
#9. GREASE
All the way at the bottom.
Really?
What's your favorite movie soundtrack of all time??!
Posted by Dee Stephens at Friday, January 27, 2012

I would have to go with Grease too - we had the album ... I wish we still had it - I am sure it is a collectors item now - it had a great cover that opened up. Love that movie! Dennis despises it and the fact that I know every song too!

Ahhh! I love Grease - and Grease 2! And I LOVE Urban Cowboy - that's a great soundtrack!

You have some great ones listed. I love Footloose too, but my favorite is West Side Story.

Man, this is tough! My favorite is RENT, but that's a play (the movie hardly counts). I also love the Pulp Fiction soundtrack, the newfangled Romeo & Juliet soundtrack . . . and I'm sure there are others I'm forgetting. I'll be thinking of them, though!

I love grease, the movie and the music. I might prefer the soundtrack to Saturday Night Fever more though. But I can sing (badly) every single word to every single song in grease. those are all good ones, top gun-dirty dancing-footloose-love them all

I loved Grease, too. It was my dream to play in Grease. Whiteville's community theatre did Grease in 1998, and I played in it. I can't sing so my dreams of Sandy were shot, but I played Patty Simcox. I had a blast.

I never really think about soundtracks now to movies, but When Harry Met Sally is a good one.

I love Grease!! I think I've watched it a million times! One of my fav movie soundtracks would have to be Moulin Rouge, I was just listening to that cd this week and it's still good!

This is GREAT!!! I was getting a pedicure a couple weeks ago and the drive in song Danny sings came on! How random! I may or may not have sang the whole song while there. Grease and Dirty Dancing are my favorite movies. I also love the Lion King and The Bodyguard. Grease two and Pretty Woman would be on my list too! I love soundtracks!